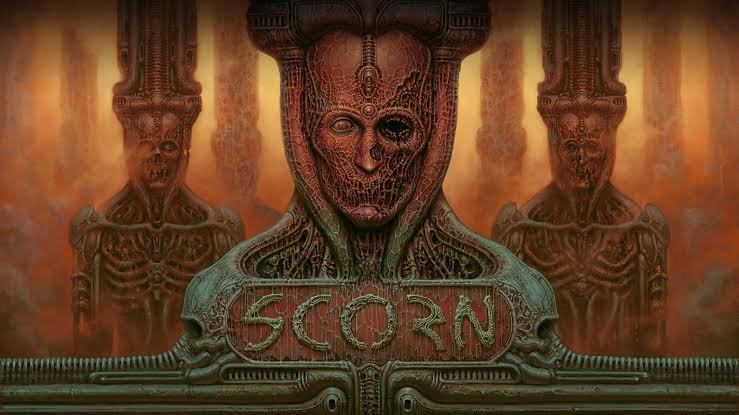 Initially announced back in 2014 it’s safe to say that the first person horror has had a hellish development. Two Kickstarter campaigns, a change from its intended two-part release into a singular whole experience and the abandonment of then-current gen release on Xbox One, Scorn has undergone quite the transformation to reach its launch on Xbox Series X|S. 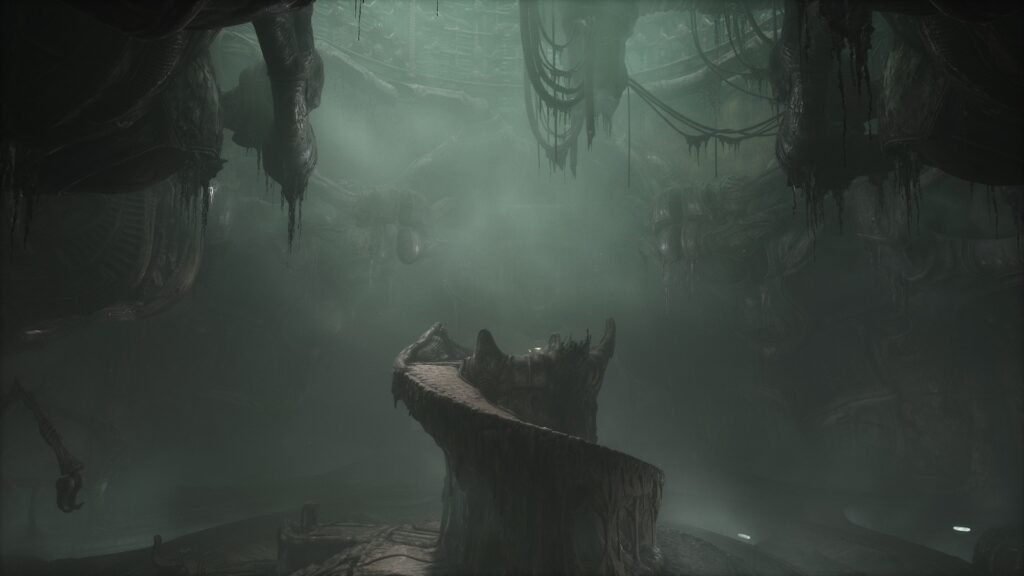 Taking place in a nightmarish alien world full of structures that resemble a mechanical skeleton, Scorn nails the beautifully grotesque aesthetic it strived to accomplish. In spite of its doom and gloom, lifeless surface, the environment feels alive with creepy tendrils protruding from surfaces, walls, ceilings and the machinations that populate the world.

Trading traditional elements of the horror genre such as jump scares and actual elements of terror, Scorn instead relies on its gore and disturbing visuals to fit the bill as a horror title, and perhaps the most terrifying element is the complete absence of objectives or directions to progress. If deviously unclear puzzles, constant backtracking and a terribly clunky combat system are what you’re looking for, Scorn has got you covered.

From the outset, Scorn drops the player into its fiendish world as a silent humanoid protagonist that has as little idea as to why they are there as the player. What is happening, why it’s happening and what needs to happen to escape this hauntingly disturbing world is less than vague to say the least. Narratively speaking it feels as though Scorn is intended to be interpreted by the player. After spending nearly six hours to roll credits I certainly have my theories, that Scorn is symbolic of some sort of ‘circle of life’ type motif that portrays the horrors of death but its significance in reproduction and transformation, metaphorically speaking. 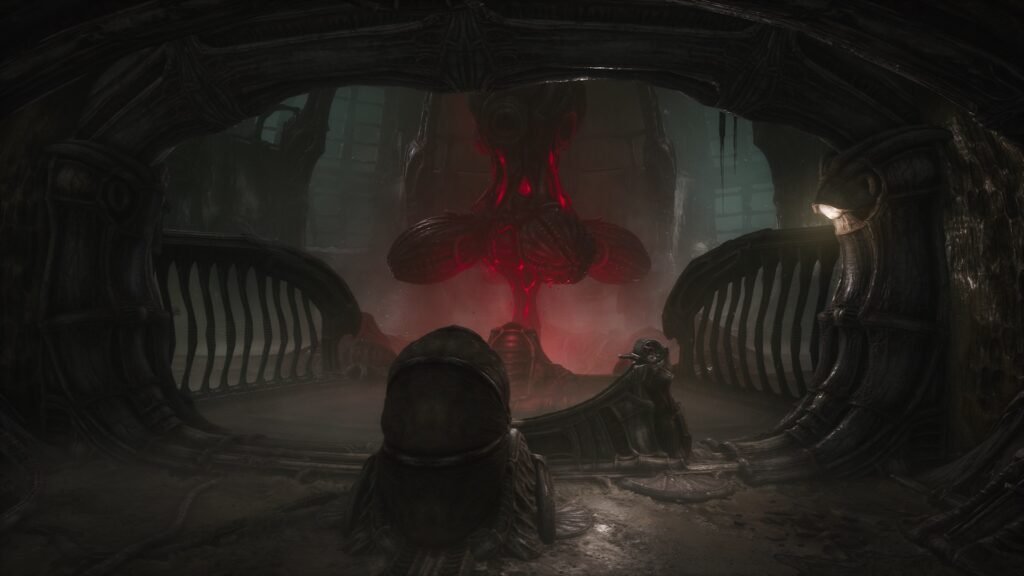 The player shifts to controlling a second protagonist early into the story that should inform players enough as to the significance of both roles, and this marks possibly the only component of Scorn’s narrative that actually makes sense. The player eventually encounters a parasitic creature that latches onto their character and at predetermined moments throughout the story, it attacks the player and begins to forge a symbiotic connection that, like in nature, appears to benefit itself at the detriment of its host.

To avoid potential spoilers however, I will not delve any further into this particular story thread. Ultimately, Scorn’s story feels complete in a sense that may be missed if attention isn’t given to the pair of protagonists. 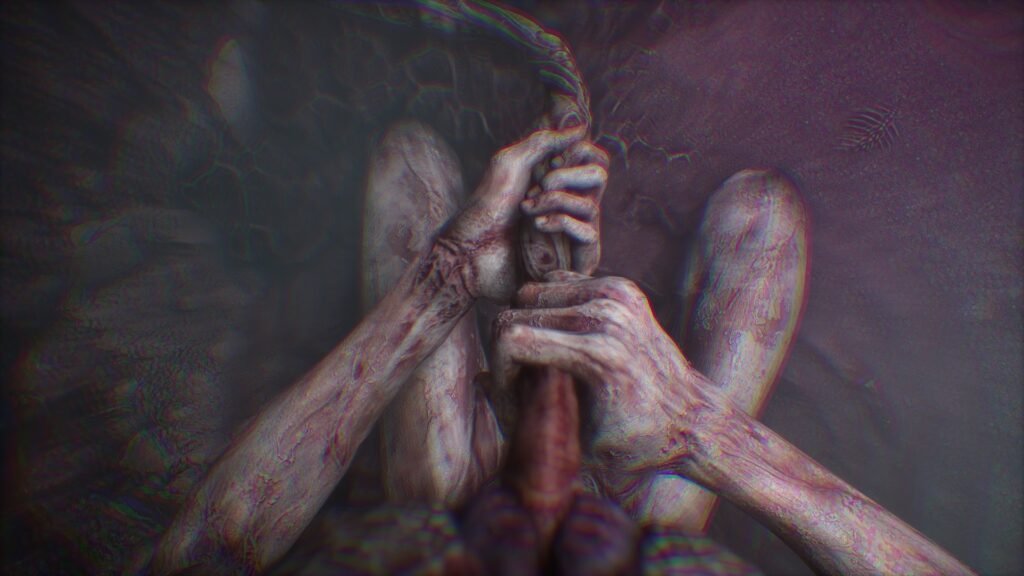 While the story itself isn’t particularly clear, what is inescapable evident is the beautifully crafted otherworldly environment it unfolds in. It’s beautifully horrific, twisted and covertly intertwines its machinations and structures with elements of skeletal resemblance that give the world a masterfully unsettling tone start to finish. From the swaying tendrils, doors and archways that look like mechanical rib cages and contraptions that feel right at home in the Saw film franchise, Scorn is masterfully disturbing in its art direction.

Large open areas are peppered with disturbing elements such as spores, tendrils and limbs from all sides while the tighter spaces can feel claustrophobic and resemble being inside some grand living machine. It’s honestly amazing the way this world has been constructed, layered and made to feel both alive and dead, biological and mechanical at the same time. 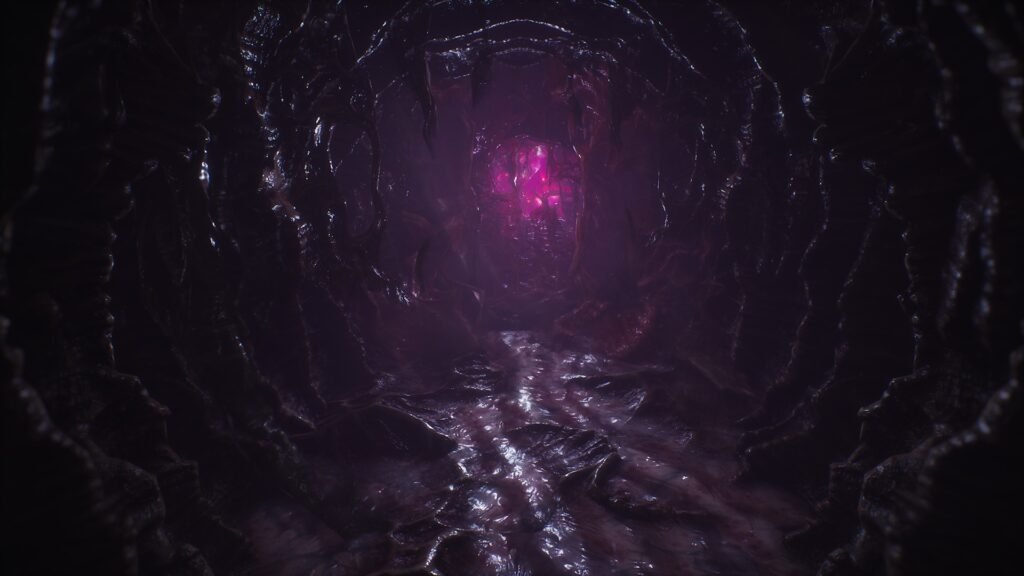 Without a single line of dialogue, either written or spoken, Scorn tells its story through its visuals and the interpretations of its many, many puzzles. The gameplay consists of players interacting with objects, disturbing mechanisms and collecting keys and implants that are brutally inserted via interaction with these Saw-like contraptions.

Everything about the gameplay aspects of Scorn is clunky but nothing compares to the most horrific component of the game, combat. A very small selection of weapons become available in the form of a pistol, a pair of shotguns and some type of drill thing. Their designs are all beautifully grotesque but using them is laughably bad. Ammo is in very short supply and can only be restocked at one of the equally limited result stations, encouraging players to make every shot count. Enemies have pretty small hit boxes that require the player to get close, which of course increases the risk of taking damage. Everything about the combat simply does not work and Scorn would be a lot better if it didn’t include it in the first place. 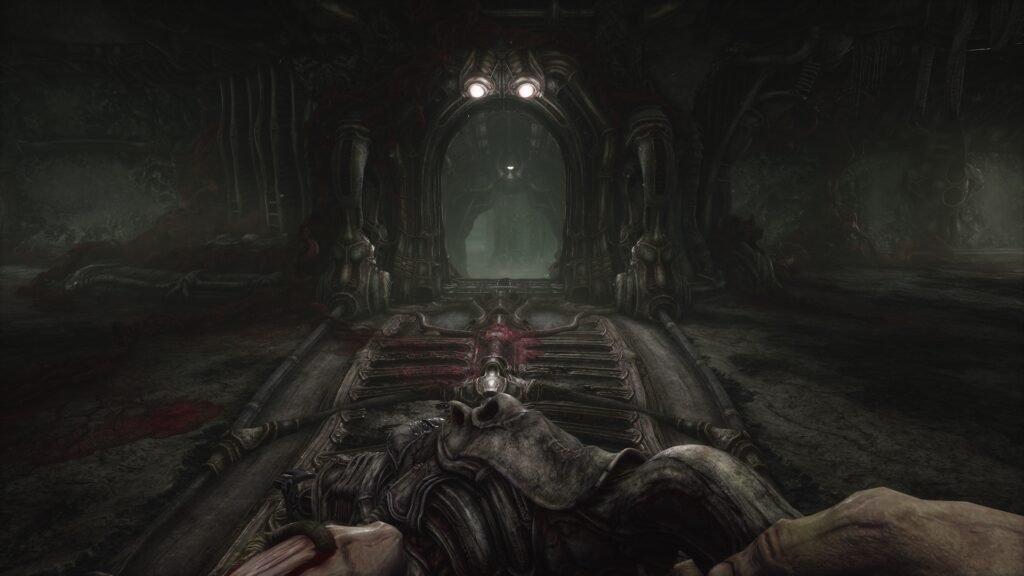 In a move that is likely to surprise many, Scorn is a puzzle game. The countless puzzles are all solved by a bit of common sense by examining the surroundings and seeing what is around that may work with what you’re trying to accomplish or by trial and error, trying everything, exploring everywhere until key items or objects to interact with are discovered. Scorn does not hold the player’s hand in any capacity in regards to what actually needs to be done and how those things need to be accomplished.

Players that are less familiar with these types of experiences may find themselves stumped frequently or early and become alienated from the experience as a result. While none are particularly difficult to actually solve it is very easy to get disoriented and lost, and with no kind of map or compass or anything of that nature, patience is definitely required with the tedious amount of backtracking Scorn demands. 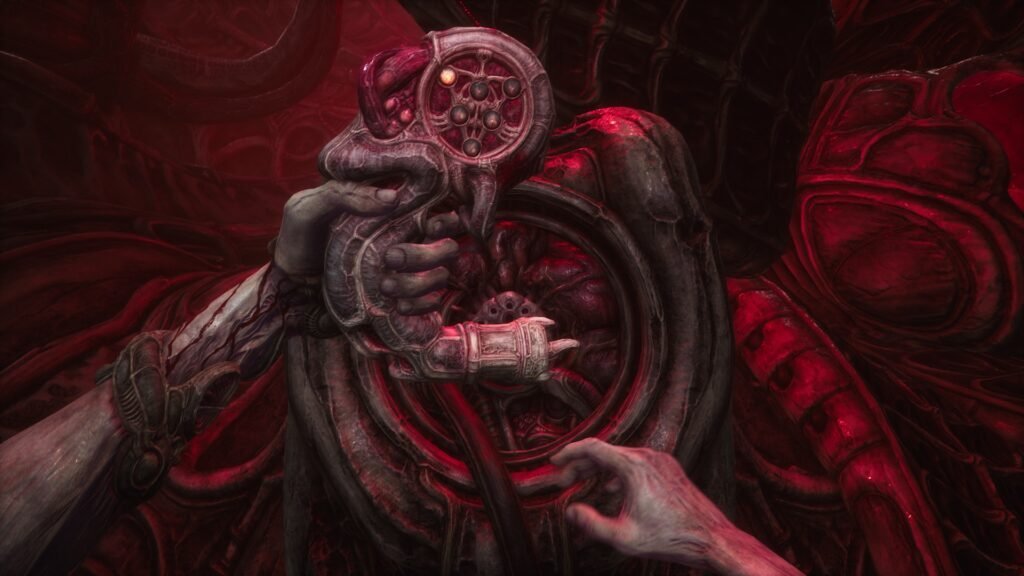 The beauty of Scorn is hands down how disgusting, raw and gritty the environment appears. It’s sick, twisted and incredibly well designed. Scorn is easily one of the most atmospheric titles I can recall in some time with a tone that is set visually and through its impeccable sound design. The harrowing halls of Scorn are tense, hideously gorgeous and ominous, a masterful blend of finding beauty in horror. 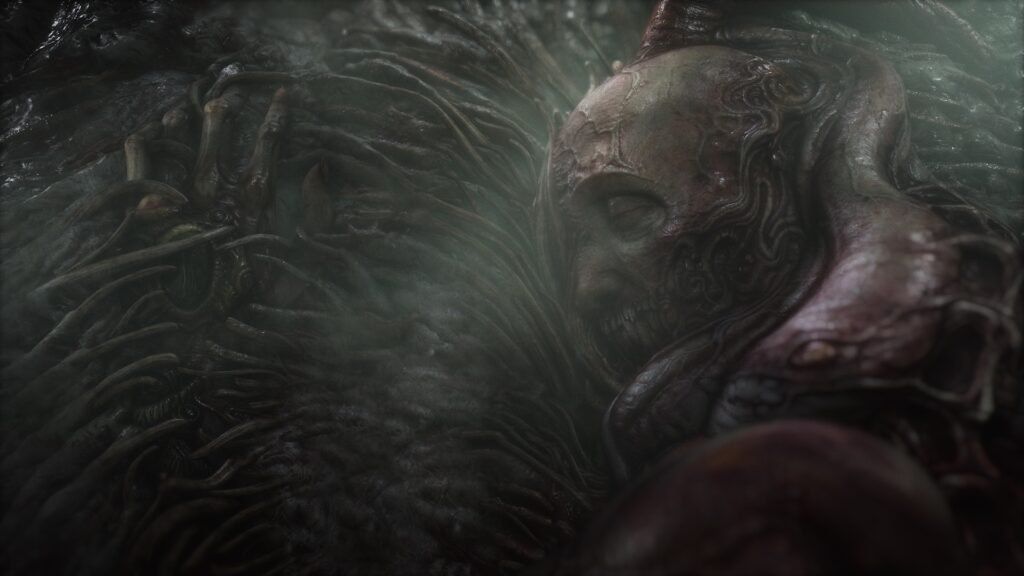 Scorn won’t be everyone. It’s interpretative story is interesting if what I believe to be it’s purpose is correct. If the breadcrumbs aren’t enough to help the player formulate an interpretation of the plot that helps them feel a sense of closure and satisfaction, it will feel pointless and little more than a twisted walking simulator.

The true power of Scorn isn’t its monotonous combat, tedious backtracking or confusing puzzles, it’s in the details. It’s in the world that feels as mechanically alive as it does dead and decaying. The world-building is next level, the grotesque architecture and atmosphere. Scorn is definitely one of a kind, for better and worse, and it’s greatest strength relies on the strength of your stomach.