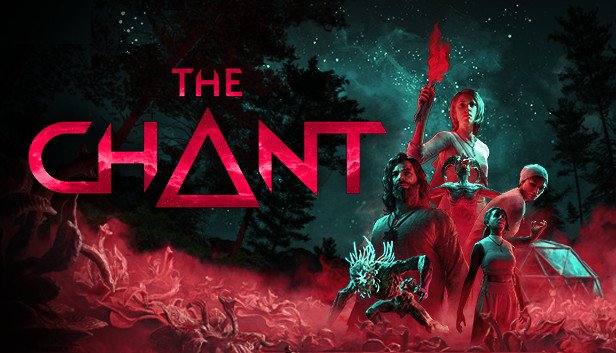 DISCLAIMER: This review was originally written for The Xbox Gamers at xboxgamers.com.au as a member of their review team, and the digital code was provided by them for the purpose of this review. The review as originally published can be found on their website HERE.

More often than not spirituality and the supernatural find themselves hand in hand, a yin and yang of themes that compliments as easily as it contradicts. Within the opening moments of The Chant it is made clear that the Brass Token developed third person horror action-adventure is continuing the trope.

Players assume the role of Jess, invited to a spiritual retreat on an isolated island by lifelong friend Kim. Still haunted by a tragedy that defines their past, the girls have little time to reminisce or dwell as the supernatural and spiritual worlds collide, dividing the group and pitting them against the warped realities of their own minds and desires.

Packed with exploration, puzzles to solve and demons to overcome, inside and out, Jess and co are in for the fight of their lives both spiritually and literally. As weird, ominous, and wild as things get in The Chant, it’s honestly surprising that it ultimately feels like it could have gone much further.

The Chant opens with a cinematic and gameplay sequence in 1972 before players take on the role of Jess in the present day on the very same island. A creepy ritual is interrupted, leading into a brief tutorial of movement and traversal mechanics. The tone is immediately set, dark, gritty, and colourfully supernatural. Tragedy, loss, and the cultist pursuit of spirituality that is infused with dark and sinister energy are ever present themes that influence the narrative as much as it informs the gameplay. 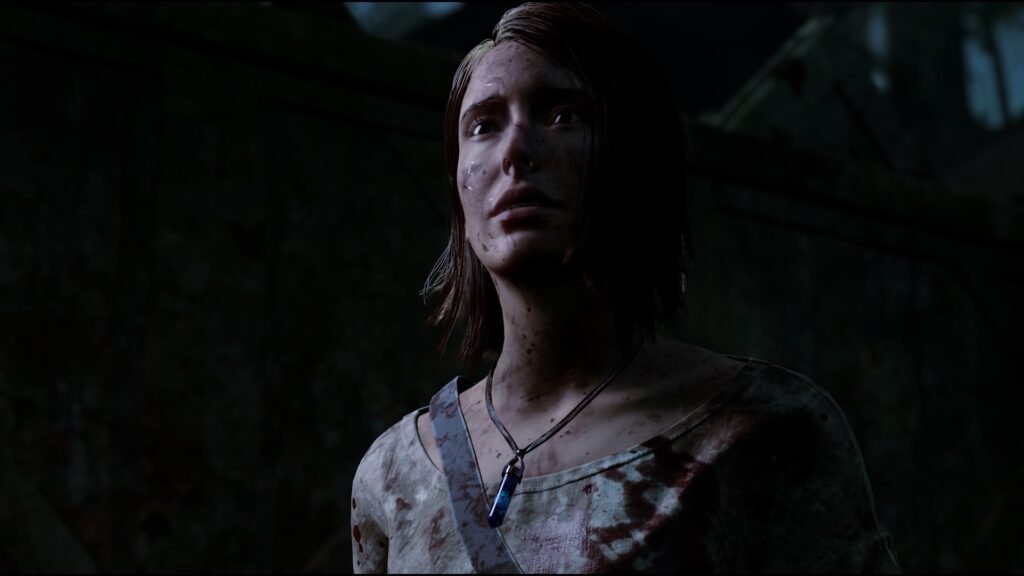 Fittingly, the three core elements of one’s energy; mind, body and spirit heavily factor into the gameplay, not just in the actual mechanics but also in terms of progression. Each of these are represented on screen as small circular meters that are consumed through various actions and replenished by certain plants.

Mind energy dictates Jess’s focus and control, if this depletes entirely, she will experience a panic attack that turns the screen to black and white while the sound of her heartbeat dominates the audio. Mind energy can be replenished by consuming lavender, only three of which can be carried at any time, with the same limitations on the other energy types. A secondary means of restoring Mind is by meditation, holding a specific button that transfers Spirit energy into Mind energy. 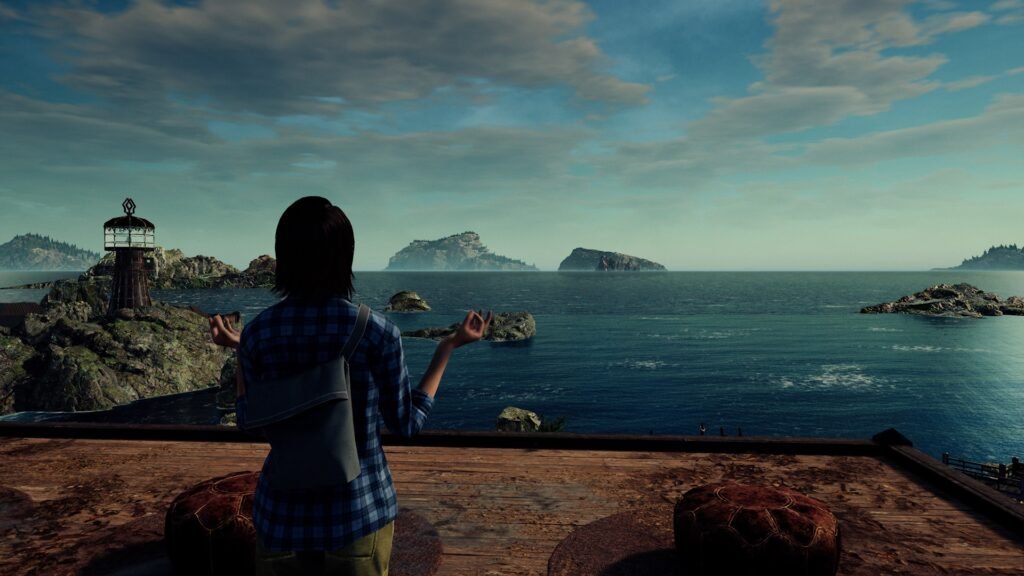 Body energy simply represents Jess’s health and can only be restored by eating ginger. Once the Body meter is fully deployed, Jess will die, and players will return to the nearest checkpoint. Surprisingly, the checkpoint system is extremely generous and frequent. Considering my playthrough was on the hardest difficulty, this was a very welcome gesture. 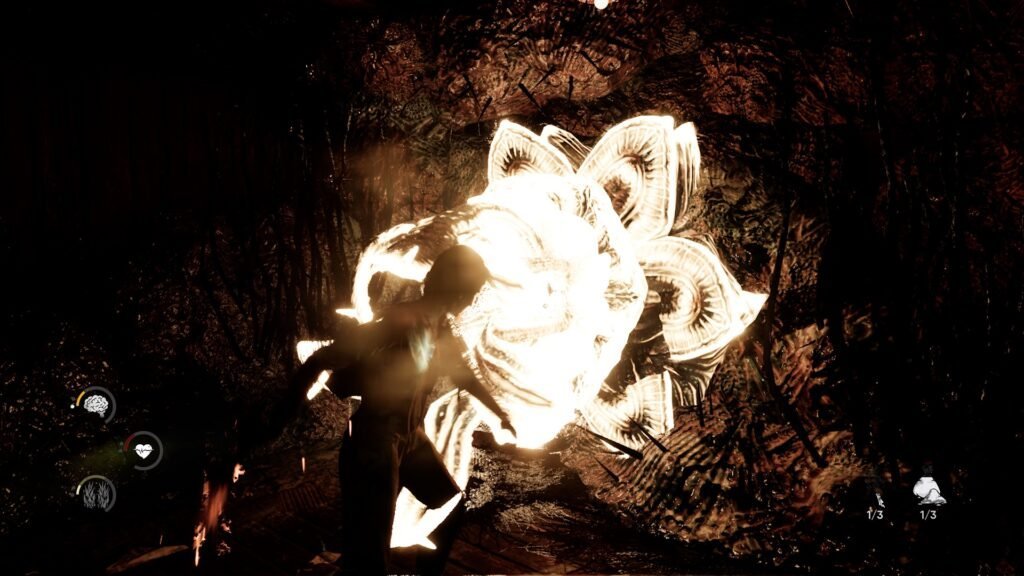 Finally, Spirit energy is what allows Jess to use special abilities gained by the story-related prisms she obtains. With progression, the player unlocks a different coloured prism which in turn offers a single unique ability such as slowing enemies for a brief period, repelling foes and inflicting knock-back damage, and even summoning ghoulish hands from the ground to ensnare unsuspecting enemies to name a few. These each consume varying amounts of bars from the Spirit energy meter and can only be regained by consuming spirit caps. 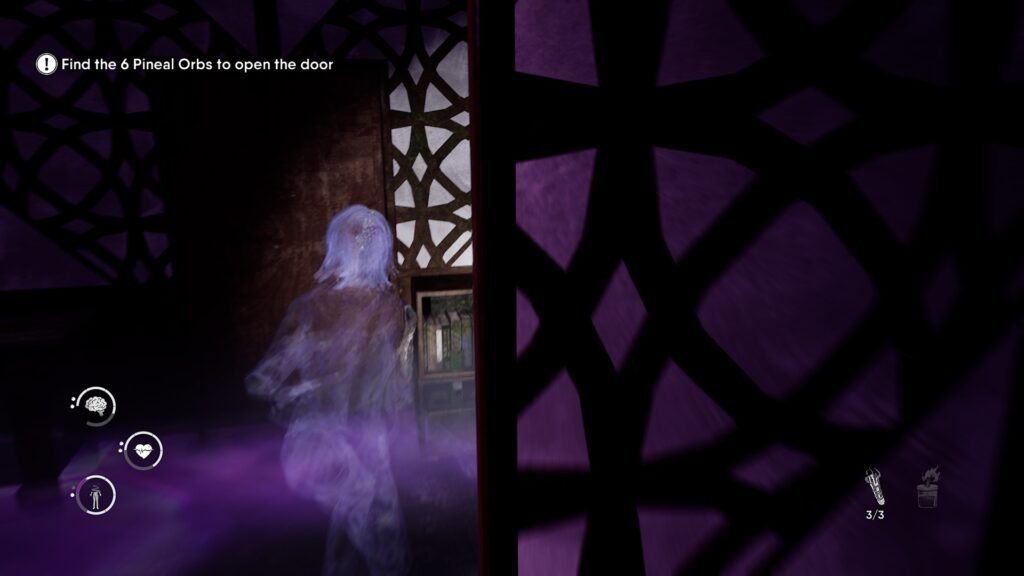 The three energy types each have a handful of upgrades available via a shallow skill tree. Upgrades can be performed by spending Prismic Crystals which can be found within the environment. Each upgrade path has three levels, costing slightly more each time but offers an evengreater perk such as decreased damage, slowing time with perfect dodges or increasing the effects of meditation for instance. 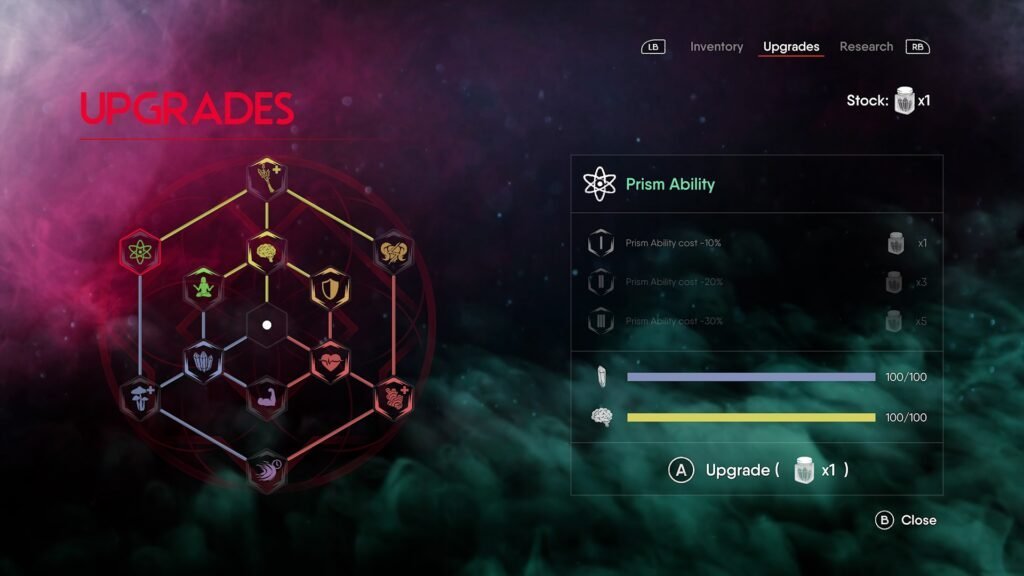 Mind, body, and energy experience is also gained and attributed to specific dialogue choices, though the option to contribute to conversations between Jess and the other characters are very few and far between, rendering this system almost redundant. Consuming plants to restore energy will increase the experience of the respective type while performing certain actions such as killing enemies increases either Body or Spirit, dependant on the enemy type. 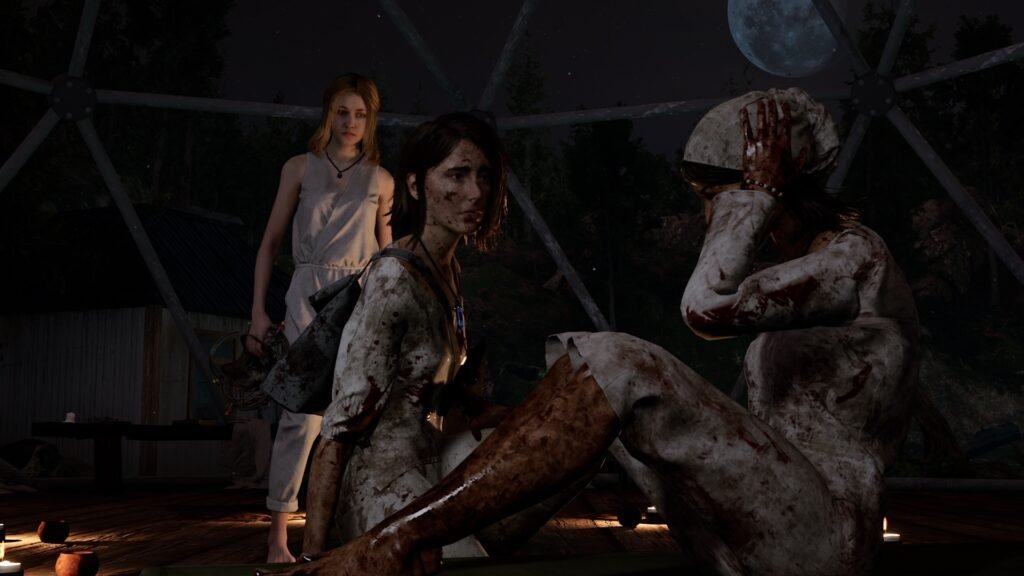 There are three endings to The Chant and each one is tied to Jess having higher experience in each of the three energy types. It is admittedly impressive how energy is woven narratively and mechanically as effectively as it is, and it adds a sense of immersion to the spiritualistic experience that Jess embarks on. It also makes for a more interesting dynamic than a traditional health and stamina system. 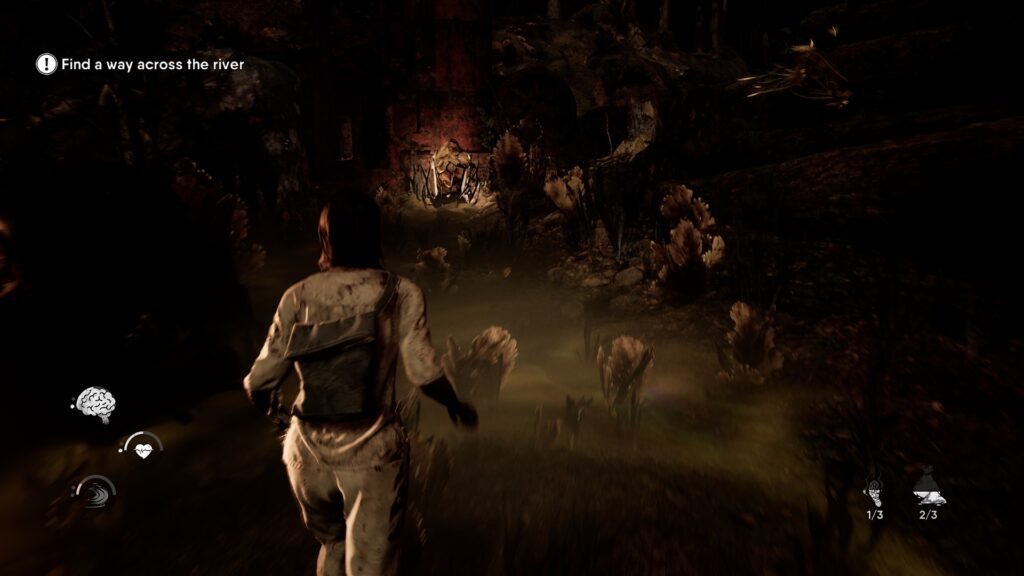 As the story unfolds new areas open that are full of lore to collect in the form of documents, a bestiary and projector reels, with the latter being watchable by inserting them into projectors scattered throughout the environment. The documents offer genuinely fascinating insight into the five characters Jess is introduced to Kim, Maya, Sonny, Hannah and their leader, Tyler. The bestiary offers insights into the various monstrous creatures that occupy pockets of energy on the island called Gloom.

The Gloom appears as a crystallised, prismatic barrier that is coloured, coincidentally matching the prisms worn around the neck of the six core characters and can only be entered by someone who just so happens to have that coloured prism. These areas constantly drain Mind energy and host an array of Gloom creatures that will attempt to kill anyone who enters their realm. In some instances,the enemies are required to be defeated to remove the Gloom and reveal new pathways forward for the story while also opening areas that house lore, consumables and crafting material. 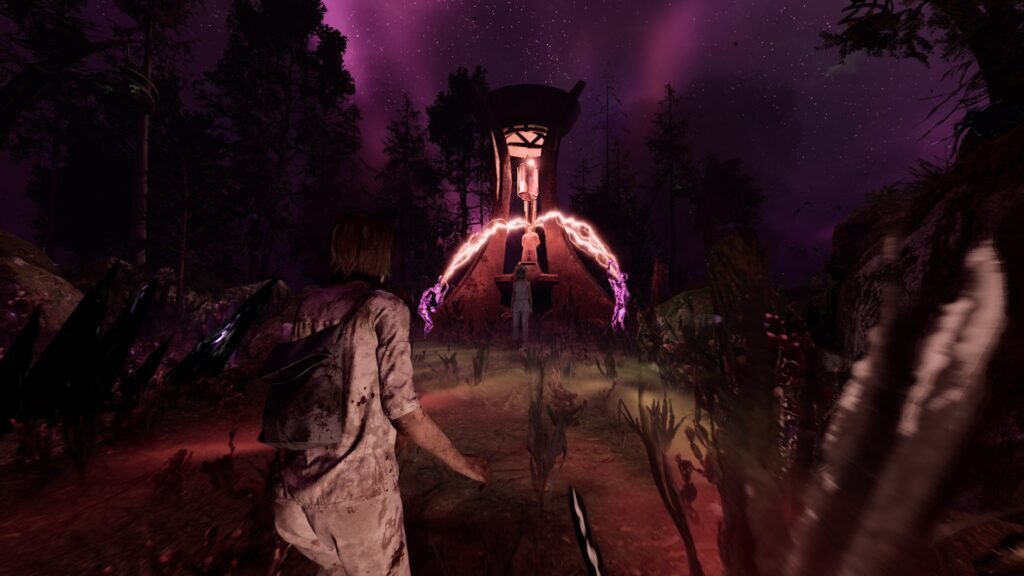 There are three melee and throwable items that can be crafted, each with their own strengths and abilities. One melee item act as a general all-rounder while the other two favour combat inside the gloom or outside of it. The throwables can also be planted as traps that will act differently when thrown, offering just enough variety to justify a six-weapon wheel. Their respective crafting materials appear equally frequently, resulting in a balancedcombat experience that is essentially only swinging or throwing.

While the Gloom monsters only appear in the Gloom, an assortment of cultists roam outside of them that can be either fought or avoided by running away, dodging, or shoving. For those in favour of a pacifist playstyle it is possible to complete The Chant without killing a single cultist, as I did in my playthrough and even an Achievement for doing so. Killing them is admittedly much easier and quicker but the stealth approach makes for a nice challenge. There are a handful of boss encounters which are little more than ‘get a few hits in, retreat and repeat’ ordeals that feel uninspired and underwhelming. 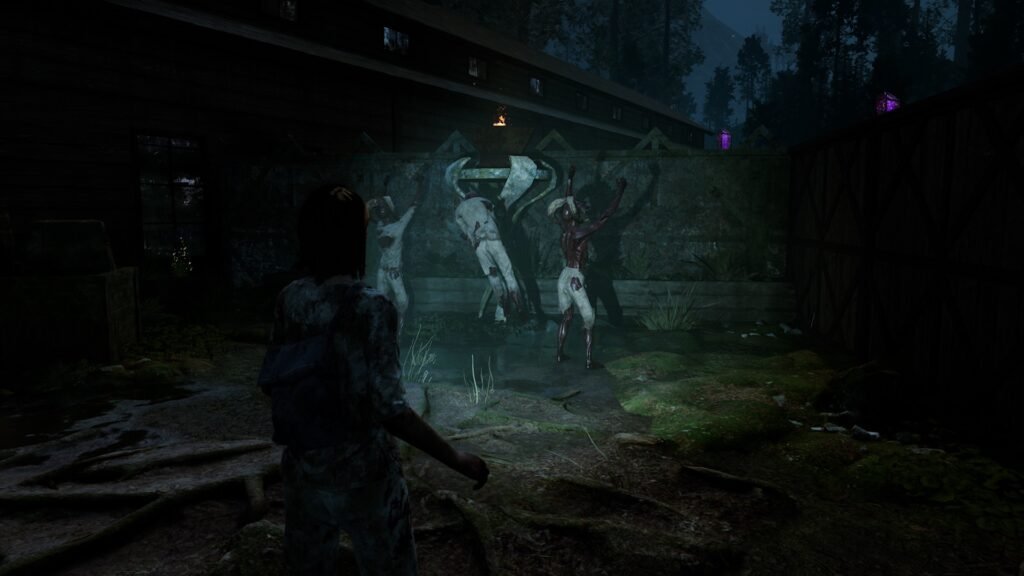 Throughout Jess’s ordeal the island is constantly in darkness, both thematically and in the literal sense of playing out in the dead of night. The lack of vibrance is balanced out by moody dark tones, effective lighting, and the trippy visuals of the elements within the Gloom occupied areas. At all times the island feels creepy and tense, instilling a dread and fear of what may be lurking in some of the tighter environmental pathways in particular. Whether running through the forest, navigating the spooky abandoned housing quarters, or trekking through dark caverns, The Chant constantly feels menacing and ominous, wonderfully complimented by the ominous score with its sinister overtures. The overall audio-visual presentation is unsettling and effective. 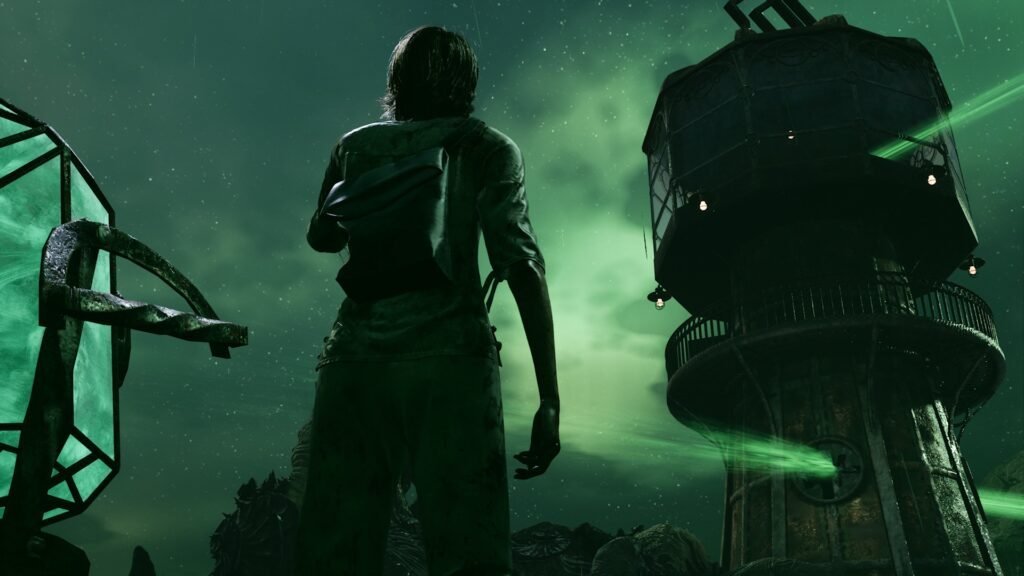 The character models leave a lot to be desired, especially when compared to Jess. Whether it’s a cutscene or gameplay, Jess is far more detailed than her on-screen counterparts to the point where it’s impossible to not notice how much more she stands out. It’s a shame, as Jess looks great and the details in her face in particular feel livelier and more animated. Enemy design is delightfully creative and embraces the weird and wonderful nature of its supernatural themes. 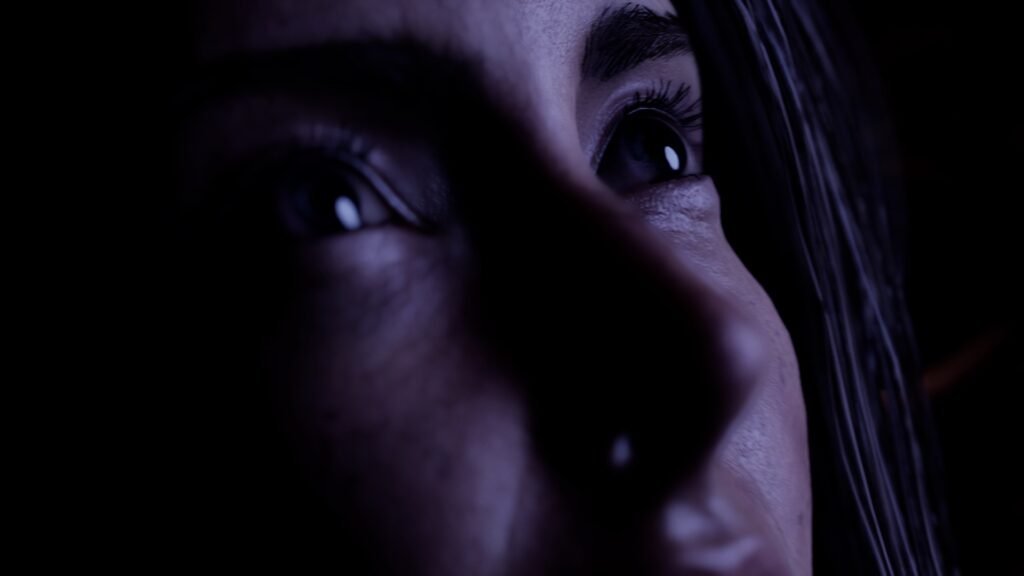 In terms of voice acting, Jess again feels far more believable when compared to the rest of the cast. Tyler especially is presented visually and verbally as a stereotypical cult leader in a manner that breaks the immersion of the white clad cast of characters fighting for their life under the guise of a spiritual experience. 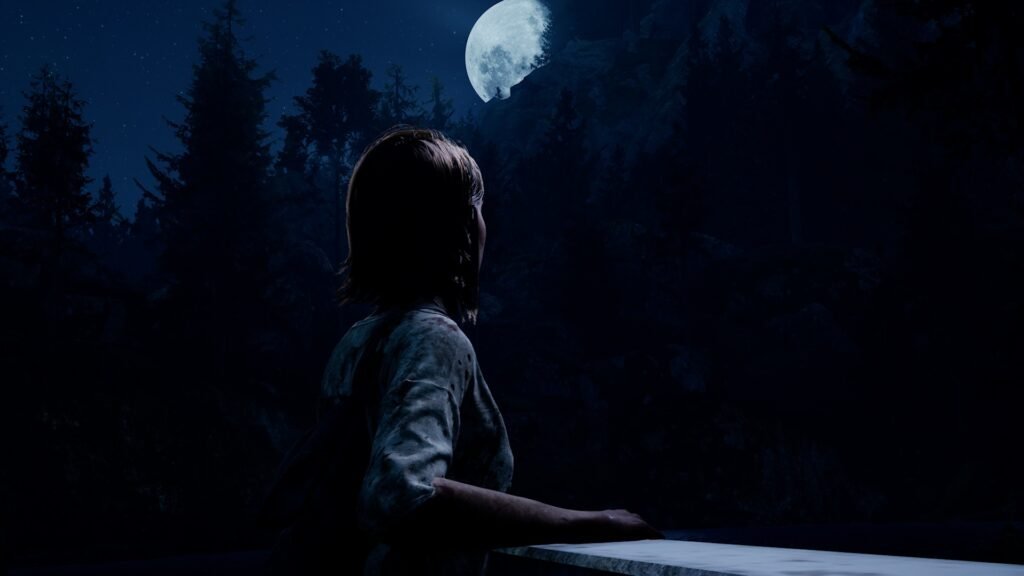 The Chant is a different type of experience than I expected. For better or worse, the freedom to explore and dive deeper into the lore encourages exploration but the constant backtracking becomes stale, despite the introduction of a somewhat confusing fast travel system later in the game, and the island feels as though it has little to offer outside of the lore. The tale it tells is interesting and appropriately weird and supernatural. I completed The Chant in just over five hours on the hardest difficulty, without killing a single cultist, and discovering over ninety percent of the collectibles with reasonable exploration. I worry a playthrough on easy while showing no mercy to the cultists could cut that time in half, leaving little more than an interesting story with a unique energy driven approach to the gameplay. 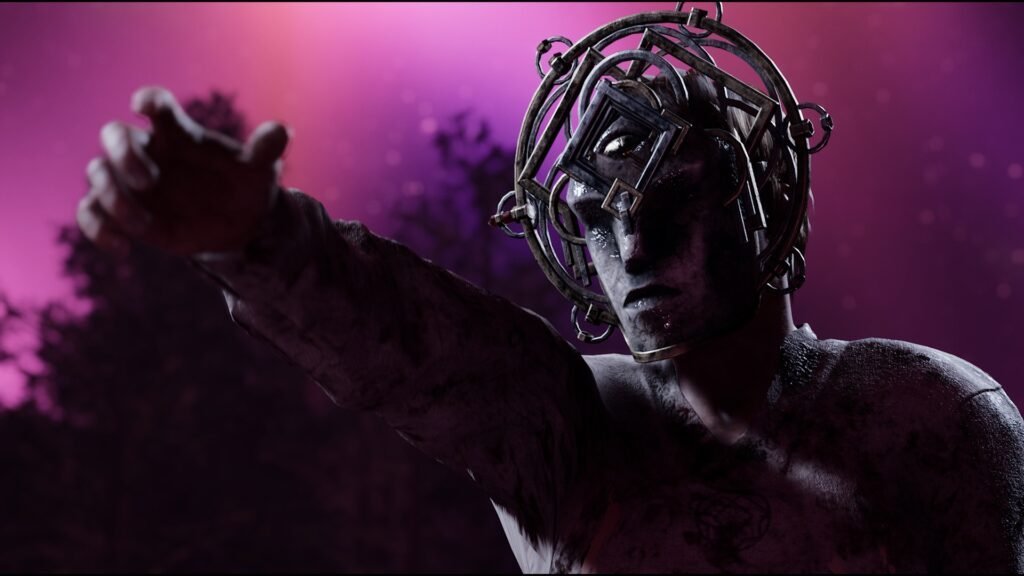 For those that yearn for a supernatural adventure with unique gameplay mechanics, The Chant packs just enough in to leave the player feeling satisfied. Aside from seeking out the alternate endings, which would require an entire run focused on a particular playstyle, adding another pair of three-to-four hour runs, there is little to return for. The Chant doesn’t go quite as far as it could in embracing the weirdness of the supernatural, but it does enough to leave the experience feeling positive and unique. The infusion of energy into every layer of the game works very well and overall feels unique and worth experiencing.

+ Energy interweaved into the gameplay and story

– Underdeveloped characters with the exception of Jess 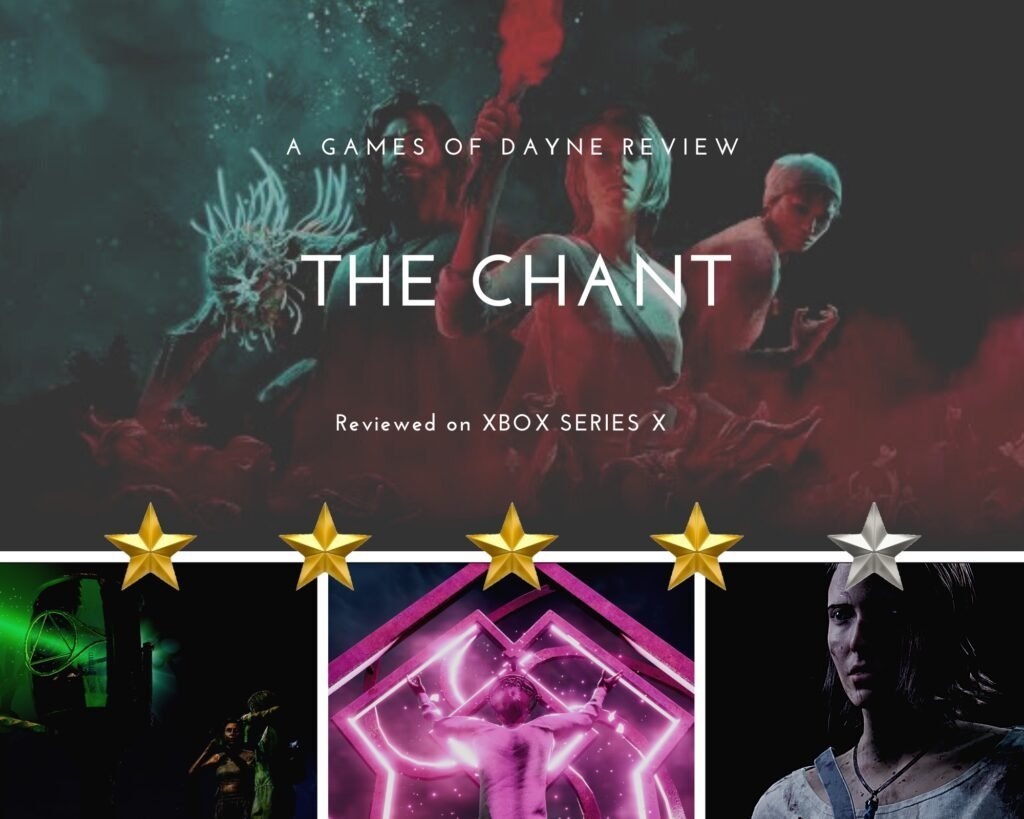 For this and additional reviews, latest news, trailers and more from the rest of the team at Xbox Gamer Dad and The Xbox Gamers, click HERE.