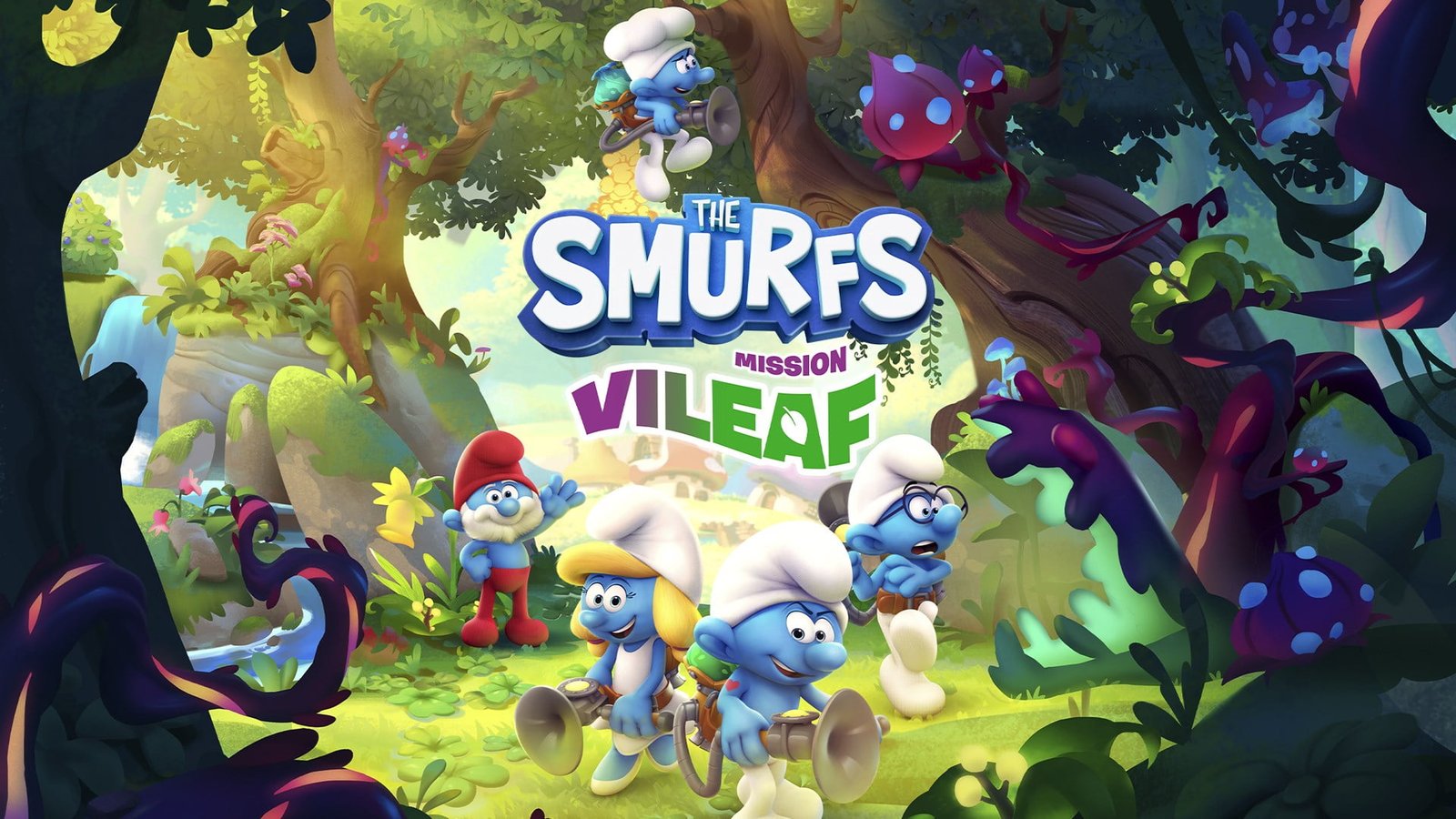 The loveable and tiny blue wood-dwelling creatures return to the video game realm for the first time in 8 years in The Smurfs: Mission Vileaf. The mischievous wizard Gargamel has manipulated an evil plant known as the Vileaf to unleash widespread contamination of the village and surrounding areas that the Smurfs call home. Toxic critters of varied shapes and sizes threaten their peaceful community and can only be stopped by the collection of ingredients for a super antidote to the rid the lands of the poisonous plant.

Playing as Smurfette, Chef Smurf, Brainy Smurf and Hefty Smurf up to two players can rise to the task and embark on the adventure to save their home from Gargamel’s evil plot. With five regions and over fourteen unique locations within them to explore and save, The Smurfs: Mission Vileaf is a fun and at times challenging platforming adventure.

Handy Smurf has invented the Smurfizer, a device that shoots a healing spray that can reverse the toxic effects that plague the local flora. More than a simple spraying device, the Smurfizer is upgraded with story progression to allow the Smurfs to use it as a vacuum, temporarily glide and proper themselves forward. Additionally, collecting unique ingredients found in the five regions, various aspects of the Smurfizer can be upgraded at Handy’s workbench to increase glide time and the size of the the spray tank for instance. 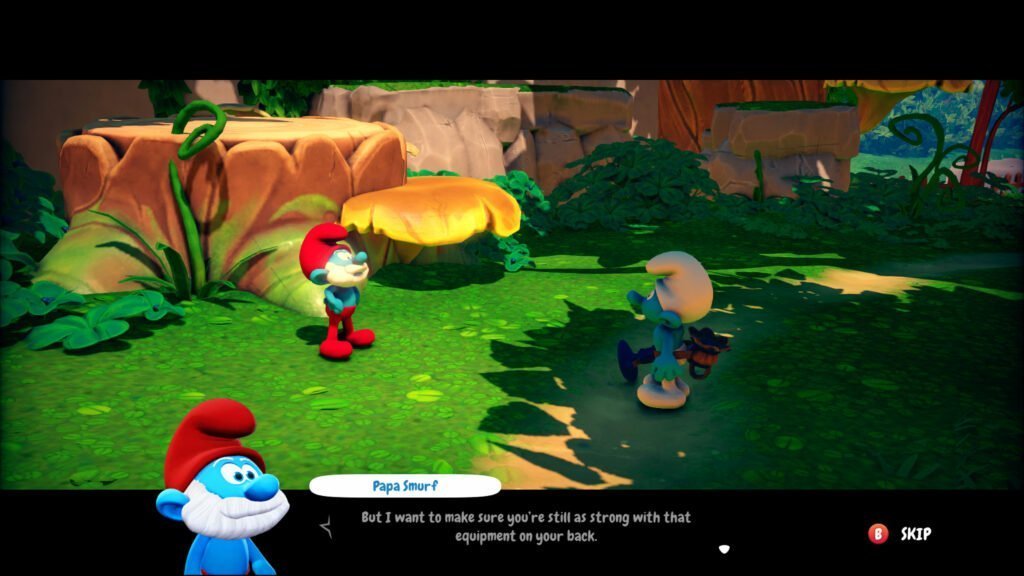 The Smurfizer is simple to control and each of its unique actions are tied to a single button, making it easy to integrate with the platforming elements throughout each mission of the adventure. The fun customisation, which includes the colour of the spray, goes a long way in taking the simple mechanic in fun directions, especially for the younger players.

Every explorable area in The Smurfs: Mission Vileaf is populated with infected plantation that has been turned a deep red colour and can be healed only by the Smurfizer, restoring it to a lush green and revealing new areas to access or precious ingredients that were previously entangled in the toxic vines. 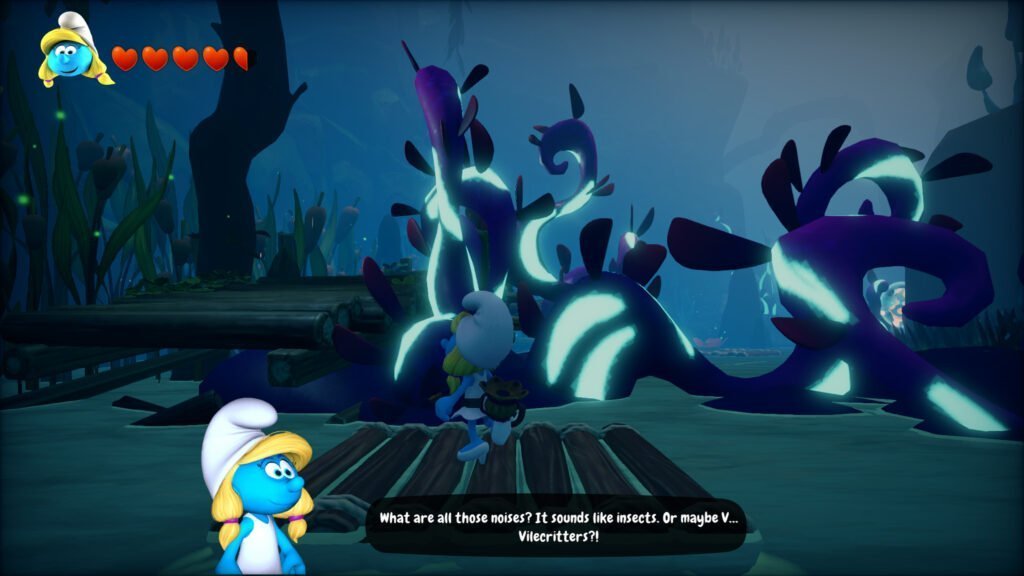 The ‘healed’ status of each location can easily be accessed in the menu and due to the upgrades to the Smurfizer that only come with story progression, each location will need to be revisited later to be able to fully heal the area. The entire world can be revisited once the story has been completed, encouraging replayability and completionism level exploration for players looking to find everything hidden amidst the Vileaf plagued world. 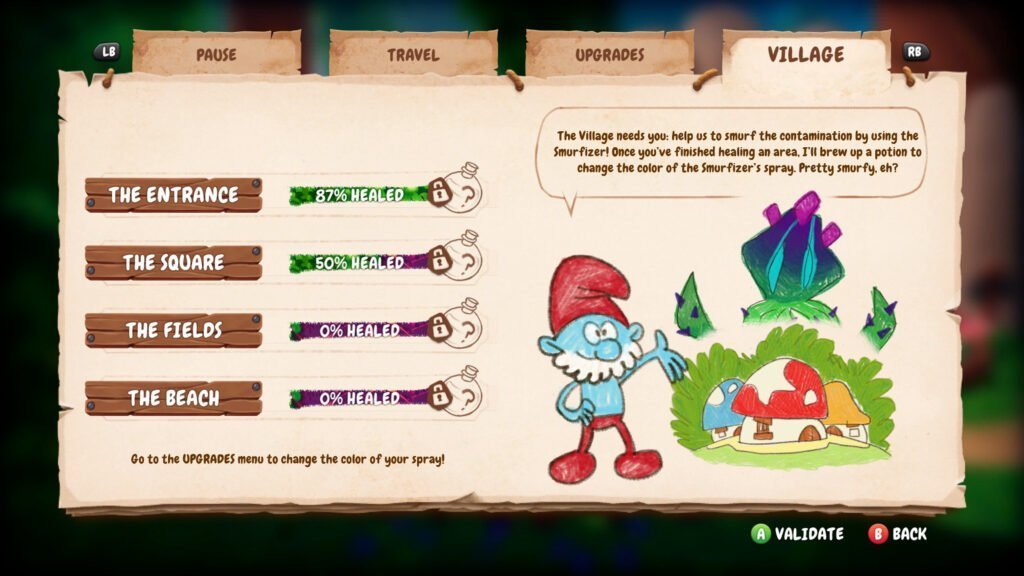 Able to jump and eventually glide and dash forward, traversal becomes more enjoyable and with each new ability, the locations open up in terms of verticality and the new access to previously unreachable ingredients required for crafting. As the game progresses these platforming elements become a little more difficult, especially with the introduction of critters that can be used to bounce on to gain height and combine with the abilities of the Smurfizer. While it doesn’t become overly complex the platforming in the late stages may consist more heavily of trial and error for younger players. 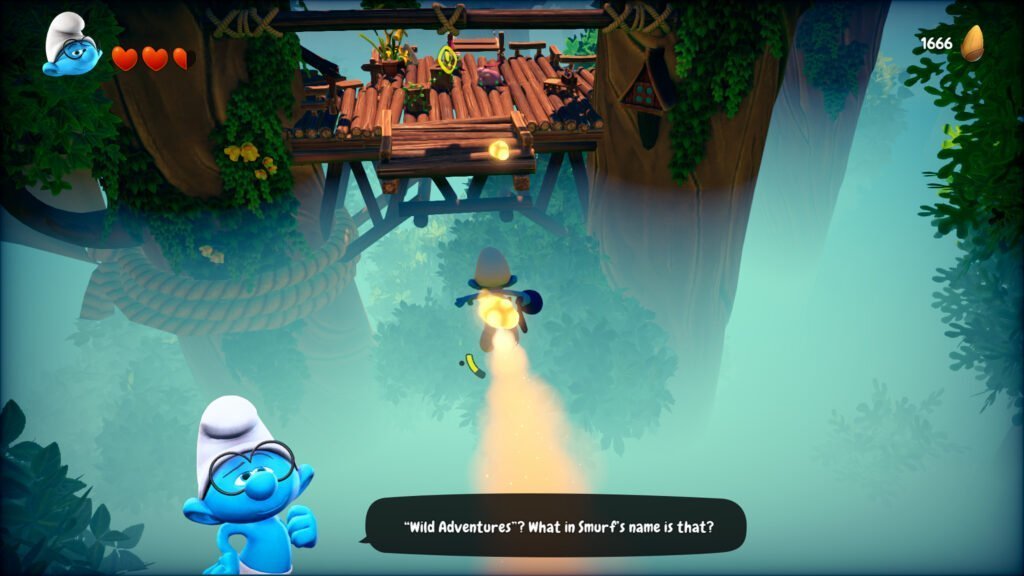 The premise is simply to stop Gargamel from using the Vileaf for his sinister disruption to the forest and outside of rhyming storybook cinematic at the beginning of each new mission, the storytelling is limited to the voiced dialogue of the Smurfs. It’s a shame the narrative doesn’t unfold in a more playful manner with charming cinematic, particularly to further engage younger players in the otherwise entertaining adventure that can be completed in less than half a dozen hours. 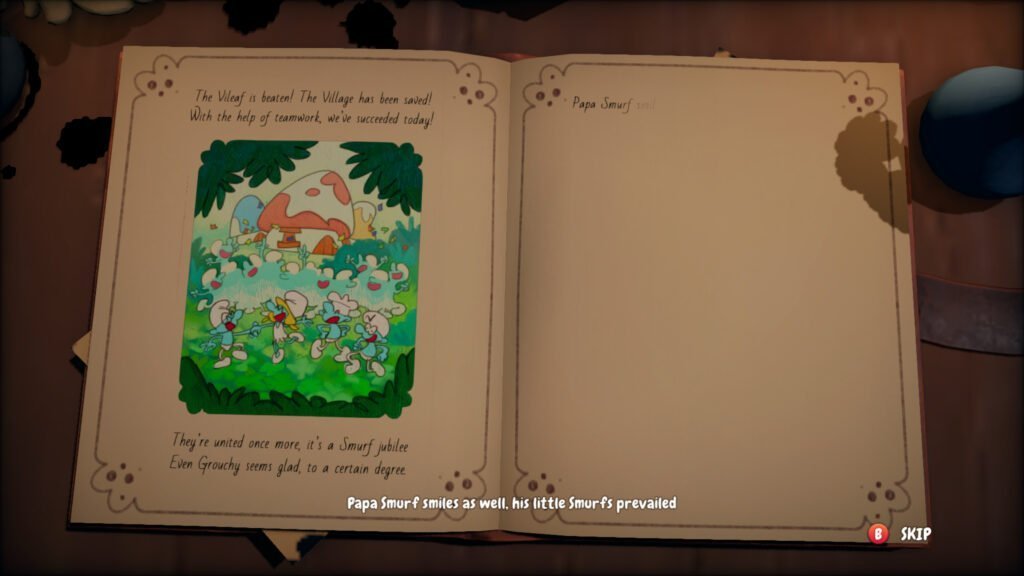 Each of the five unique regions are beautiful contrasted visually, from the lush forest, dark and gloomy swamp to the bright sunlit castle to name a few. Charming animation brings the Smurfs to life in a world full of critters that seemingly evaporate upon defeat, maintaining the family friendly approach to the platforming adventure. A playful score and cute sound effects, accompanied by entertaining Smurf dialogue make for an overall enjoyable presentation that feels appropriate to the iconic franchise. 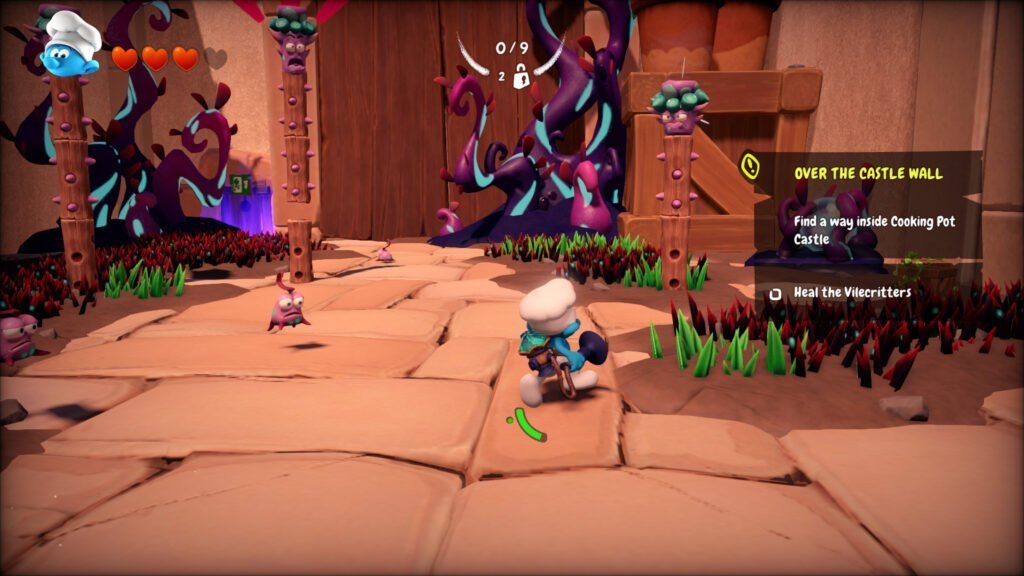 The Smurfs: Mission Vileaf is a playful platforming adventure that doesn’t overcomplicate itself with complex mechanics. The simplicity of the experience makes for a great introduction to the genre for young players and despite a handful of challenging sequences late in the game, it remains fairly accessible to players of multiple age groups.

+ Smurfizer is a fun tool

– Some challenging platforming late in the game