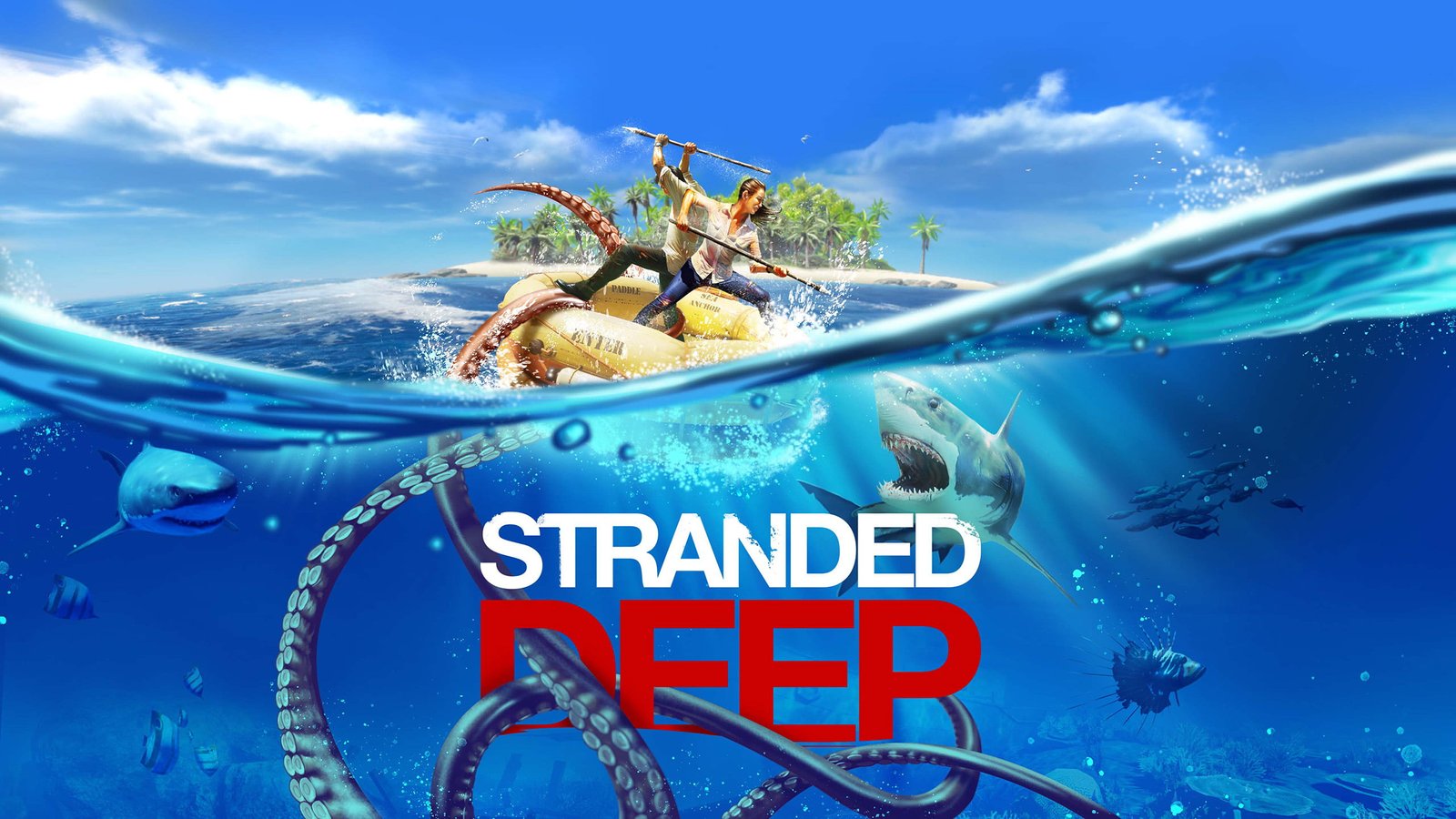 Assuming the role of a lone plane crash survivor, Stranded Deep wastes no time thrusting the player into its dynamic and procedurally generated world consisting of a network of islands in the Pacific Ocean. Emerging from the wreckage to a sea of flames the player is knocked out from an explosion and wakes near an inflatable raft drifting off the coast of an island with nothing but a handful of rations and a compass to begin their ultimate test… survive.

Before the game begins, the player is able to choose whether their survivor is male or female, whether sharks and snakes act naturally and attack or are passive in which case they won’t attack or even disable them entirely. Permadeath is an option that can be toggled on or off, for those unfamiliar with the term, this means when the player dies the game is over and needs to be restarted from scratch. Leaving this option off, the player can return to their last save point which is manually made at a craftable shelter.

Offering a brief tutorial on the basics of surviving on an island, Stranded Deep does little more to hold the players hand but what little it teaches builds the foundation for the remainder of the players experience. By utilising the resources of the island itself such as rocks and sticks, the player is able to craft tools including mallet style hammers and axes to more efficiently and effectively harvest the plantations and rocks that decorate the island.

The ability to craft essentials such as campfires and shelter are available immediately but with experience in crafting these and handheld tools, further objects become available for construction or crafting including the likes of a water still to collect water from fibrous leaves, building foundations, walls, roofs and even motorised rafts and helicopter-esque gyrocopters. By using a crafted axe or a knife to cut down a tree, the player can then further cut the trunk down to sticks that can be used for campfires, building huts and additional tools. While wood and sticks are essential to the players’ survival and crafting needs, by doing so there may be negative effects that are felt. For example, palm trees are home to coconuts which can be used to drink, eat and craft items like water containers and antidotes. By cutting down a palm tree, the player is eliminating a source of food and drink while gaining valuable crafting material. Deforesting an island in order to build is a risky approach when it compromises the players vitality.

The player is able to stash items they find in a clunky inventory system. It doesn’t feel very user friendly and is certainly the weakest mechanic present. Certain items can be crafted that allow for a quick select via the D-Pad which is extra useful because the item allocated does not take up a slot in the inventory wheel. The player is equipped with a watch that displays their current health, hunger, thirst and SPF levels. The life bar decreases as the player becomes hungry, thirsty and fatigued by the sun. The higher these secondary bars are, the sooner the life bar itself will replenish. There are an assortment of ways to eat that include coconuts, crabs which can be skinned and cooked, boats to hunt and fish that can be caught by crafting a fishing rod.

Thirst can be maintained via the construction of a water still or from coconuts and the SPF exposure can be managed by spending time in the shade or constructed huts until the player cools down. As the game world contains a dynamic weather and day/night cycle, the time of day and conditions must be considered. 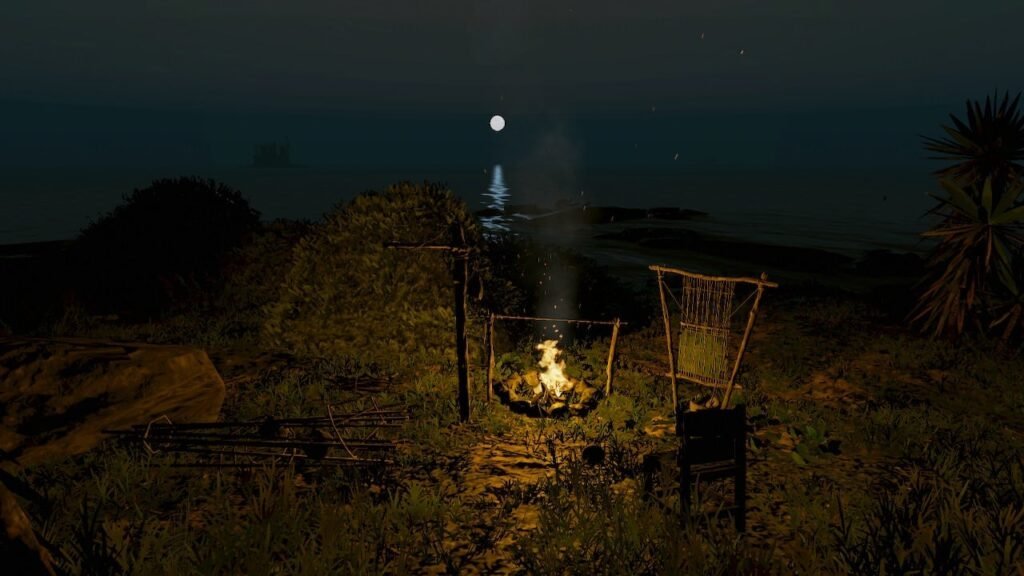 The players vitals aren’t the only harmful element in Stranded Deep. Vicious sharks won’t hesitate to attack a survivor making their way between islands via the life raft, crafted raft or swimming. Urchins in the water can poison the player, effectively a death sentence unless they can figure out what plant to find in order to craft an antidote. The same is the case for snakes that slither around on random islands. The ability to climb trees to reach coconuts also brings the risk of fall damage should the player jump off from too high up. Depending on whether permadeath was toggled on or off at the start, should the player die they will either lose all of their progress or be returned to the point in time they last saved. 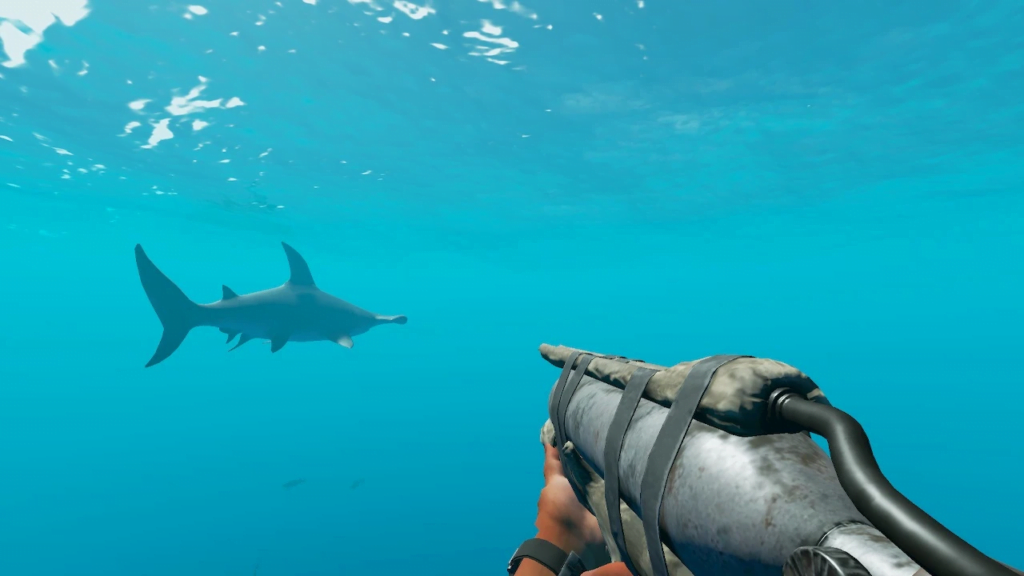 The initial island the player takes refuge on is but one of many, there are over a dozen procedurally generated islands to explore offering an experience that is different every single game. Scattered between the islands and off their shores are various ship and plane wreckages that can be explored and looted for essential tools and survival items. While it is smart to establish a single island as a home base of which to build a lovely driftwood, wooden, corrugated iron or tape walled home with gardens growing potatoes, aloe vera and antidote necessary vegetation, setting up essentials such as shelters, campfires on water stills on as many islands as possible makes venturing from “home” a little safer. The aim of Stranded Deep is more than surviving though. Once the player has firmly established a solid foundation, there are three epic trophy monsters to conquer and slay, defeating each will be no easy feat but by doing so and completing a few additional tasks will allow the player to attempt to secure the ultimate form of survival… escape! It is possible to leave the archipelago that once seemed like home. 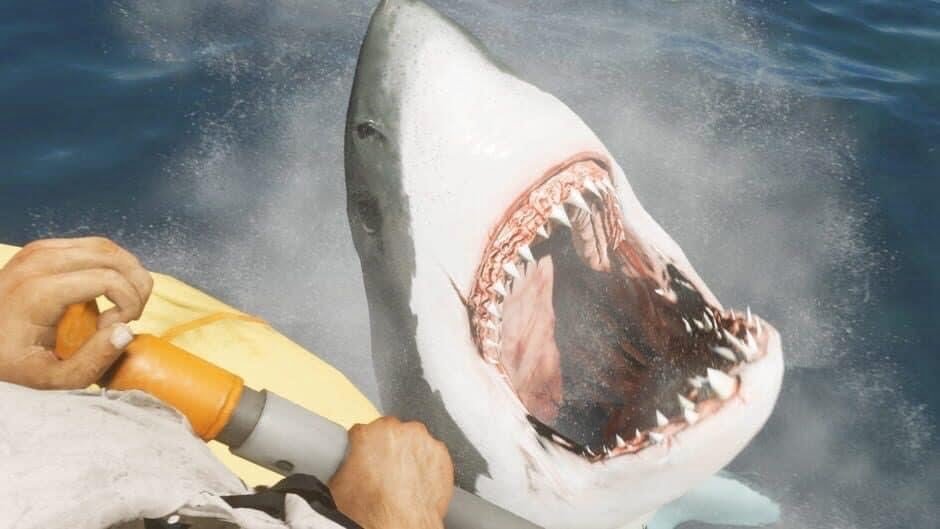 A more tailored experience is available via the cartographer option in the main menu, affording the player the opportunity to design any and every island in their game, including by choosing what resources, trees, animals and wrecks for example are present on each island. This can be extremely useful in providing an advantage with establishing the essentials for survival but by no means does it make defeating the legendary monsters and escaping any easier overall.

Impressive visuals and in particular the detail in lighting and water animations breathe life into the isolated archipelago of islands the player now calls home. With atmospheric and dramatic music to accompany moments of tension or isolation beautifully enrich the experience and the sound effects of the monstrosities lurking below the surface are intimidating and thrilling.

While not boasting any violence or inappropriate themes, this game may not be for younger players due largely to the difficulty that may come with understanding the core mechanics of crafting and ultimately surviving. What may initially be frustrating will eventually feel rewarding when the player learns how to do something new which in turn opens up the variety of crafting options and subsequent exploration greatly. 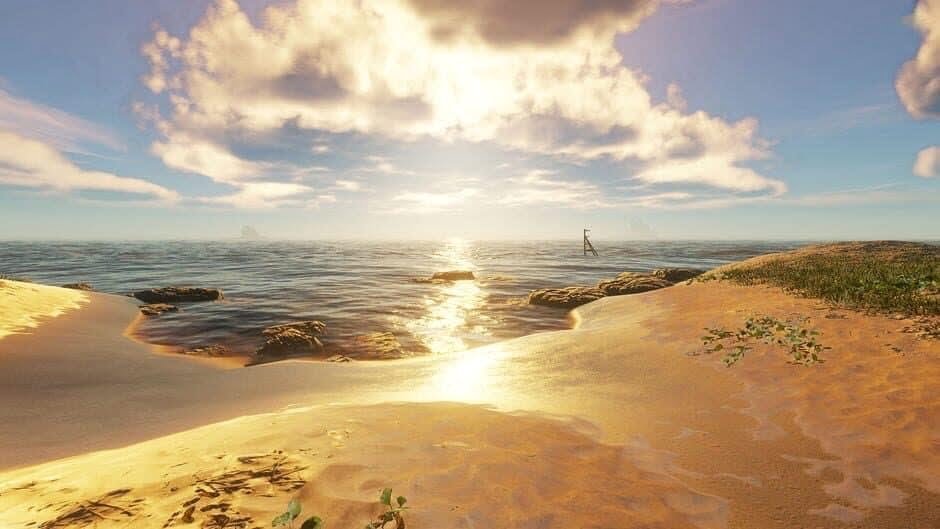 Developer Beam Team’s Stranded Deep is an excellent survival adventure that is only as difficult as the players ability to comprehend the crafting mechanics and core systems to survive. The procedurally generated game world provides a unique experience for each attempt that screams replayability for those that want to continue to try to survive or if they are lucky, escape.

The satisfaction of digging deeper into the crafting and being rewarded with further crafting options is great for fans of survival titles where their own instincts contribute to the experience. It may lack a narrative and cutscenes but Stranded Deep offers scope and depth to the genre in such a way that it ultimately turns each players survival into their own tale. Being stranded on a network of islands has oddly been more fun than it perhaps should be and it’s an experience worth revisiting.

+ Lack of handholding puts the players survival in their own hands

+ Fun variety of crafting options to build a home

– The endgame of escaping could be made more clear

– May not appeal to those easily frustrated