Catboy, Owlette and Gekko make the heroic leap from the PJ Masks animated television series to video game adaptation in PJ Masks: Heroes of the Night. Featuring eight locations such as the city, park, mountains and even the moon across 16 stages, the mighty pyjama suit-wearing mini heroes bring their powers and their wits to thwart the dastardly plans of Romeo, Luna Girl and Night Ninja.

With collectibles to find, obstacles to overcome and baddies to stop, the PJ Masks need our help to go into the night to save the day!

Each of the 16 stages open with a vehicle based sequence that tasks players with simply avoiding obstacles and collecting optional glowing gems. Driving, flying or navigating underwater trenches is simple and there are no ways to fail these sequences, or any part of a stage for that matter.

With no health bars, no gaps to fall in to or any form of combat, PJ Masks: Heroes of the Night is all about accessibility throughout the adventure. This approach allows the youngest of players to be able to enjoy the experience without the pressures of defeat. 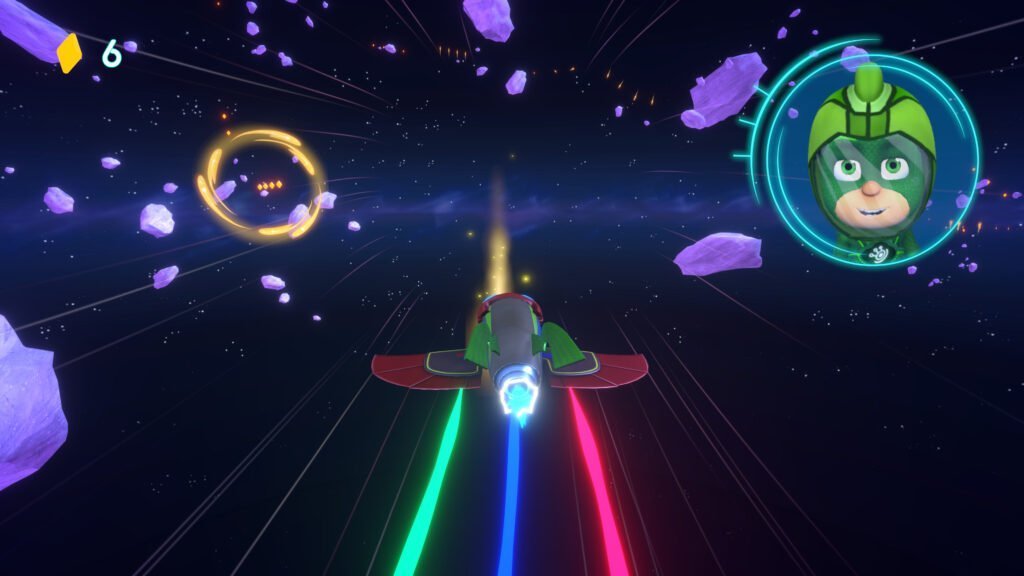 Once the initial vehicle sequence has been completed each of the three PJ Masks take turns as the playable character throughout every stage. Making each of three heroes playable in each stage goes a long way in establishing a more balanced connection to the game for fans of the animated series.

Certain sections of each stage call upon the player to use special abilities by correctly selecting the character appropriate symbol that is displayed on screen. Catboy has super speed which can be used to bypass electric fences and for instance, Owlette can use her wings to blow smoke out of the way and Gekko can turn invisible to avoid detection and bypass threats. 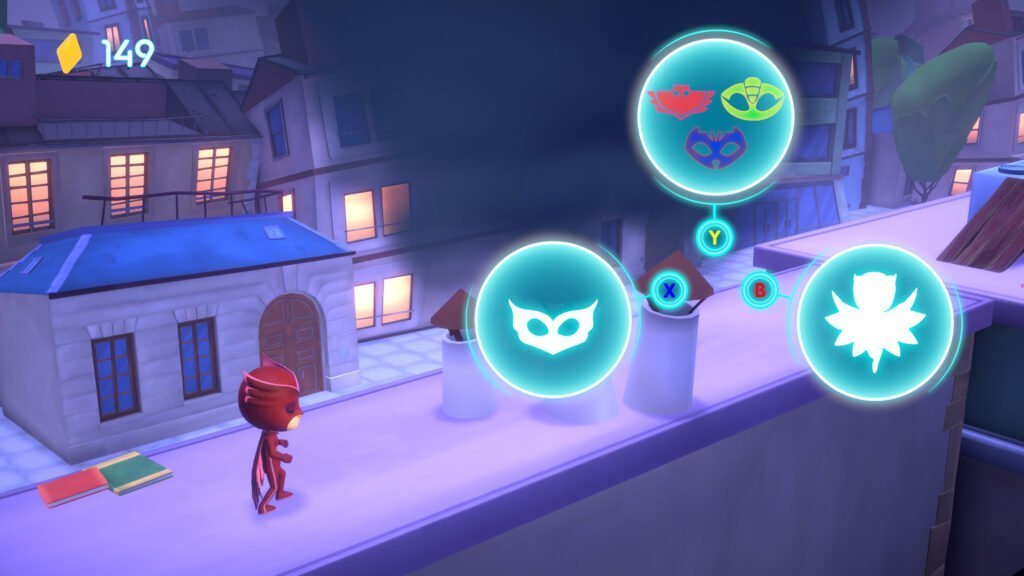 Catboy brings a double-jump ability to the table that allows him to reach higher platforms, Owlette can use her wings to fly through predetermined sections of levels and Gekko can crawl up or down walls.

Each of these abilities are particularly useful for players looking to collect the 200 gems present in each stage and the three amulets that are hidden for each character. Collecting these awards a statue upon completion of the stage with Bronze, Silver and Gold rankings awarded based on the number collected. 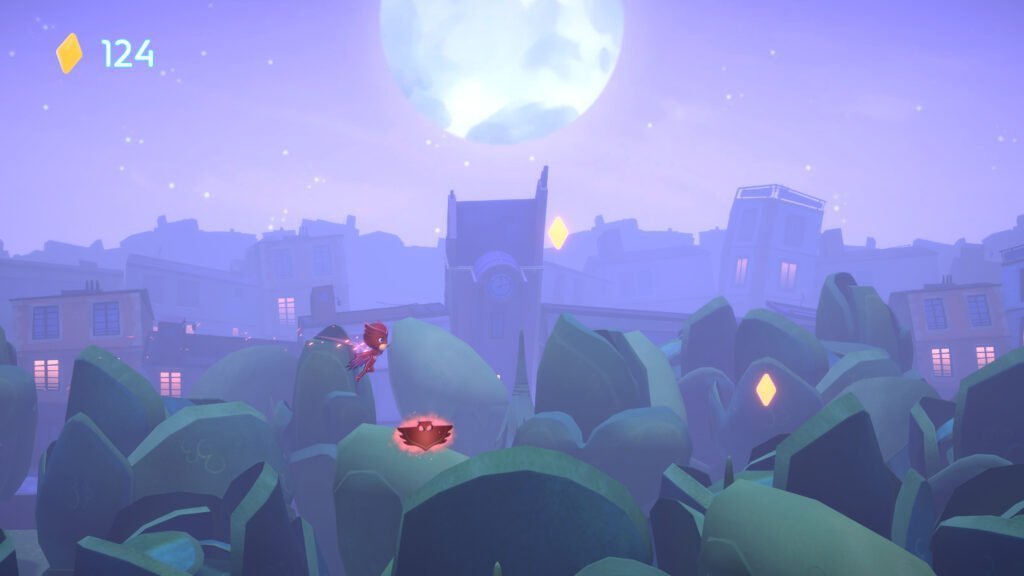 Alternating the playable characters throughout each stage is a great way to introduce alternating mechanics to keep the gameplay exciting for younger players throughout the 10-15 minutes each stage will take to complete if exploring for all of the collectibles. The brevity and simplicity of the missions makes PJ Masks: Heroes of the Night accessible and easy to play in shorter sessions. 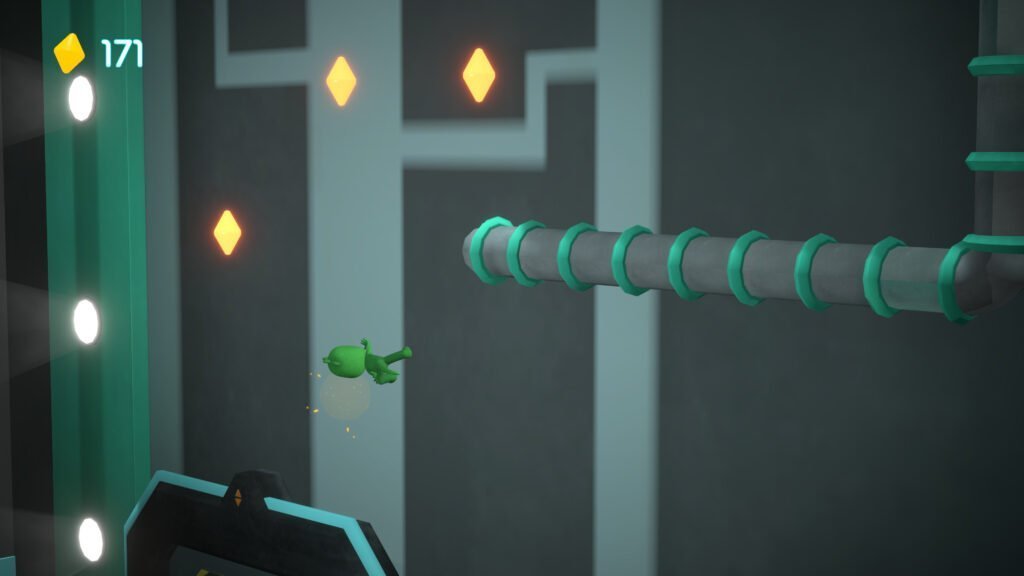 The end of each mission brings the PJ Masks face to face with the baddies in a confrontation that requires each of the characters to unleash an attack based on the singular on screen prompt for each hero. In line with the remainder of the experience there is no way to fail these sequences, rather the player is able to retry until they press the correct button. 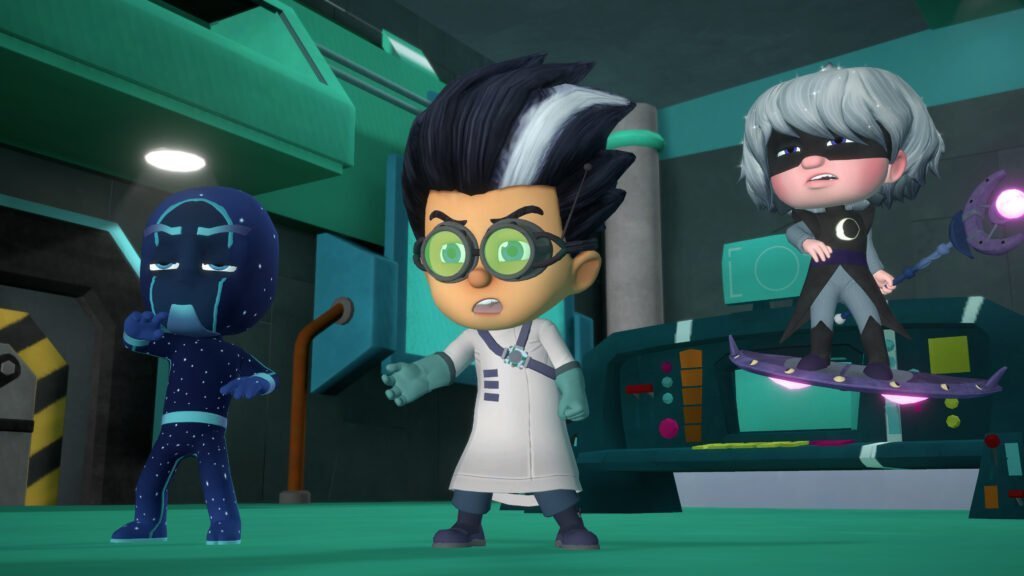 PJ Masks: Heroes of the Nights serves as a playful introduction to the side-scrolling platformer genre for younger players and the implementation of basic driving/flying sequences are a great way to ease them into multi-genre experiences. 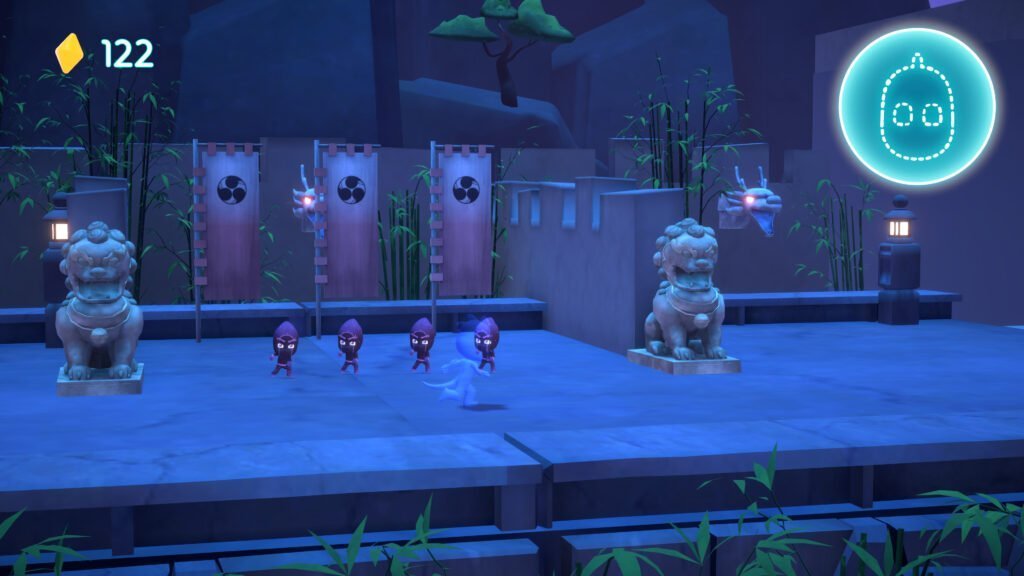 The visuals are a charming and faithful representation of the animated series this title is adapted from. From the characters, environmental art direction and stage design the 16 stages feel authentic and light in tone, and with the accompanying energetic score and frequent control dialogue the overall presentation is very beginner friendly and accessible to the target audience. 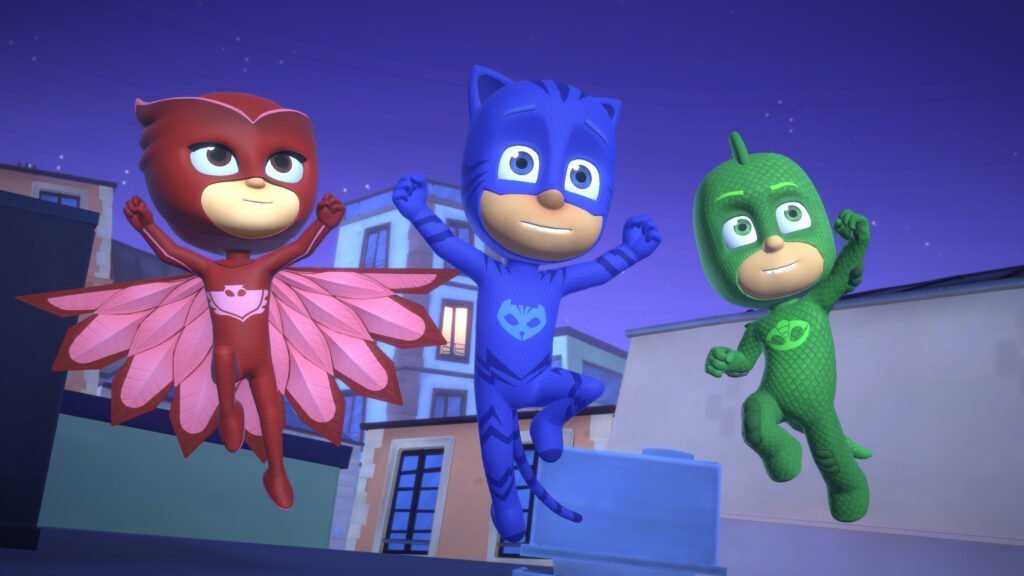 PJ Masks: Heroes of the Night has been developed with the youngest of players in mind and is a great adaptation of the animated series they will likely be familiar with. It’s fun, simple and charming, introducing basic ideas and genre elements into a light tale of good guys and bad guys that avoids any overly sinister tones or themes that may alienate young players.

+ Faithful presentation to the source material

– Music cuts out during cinematics often