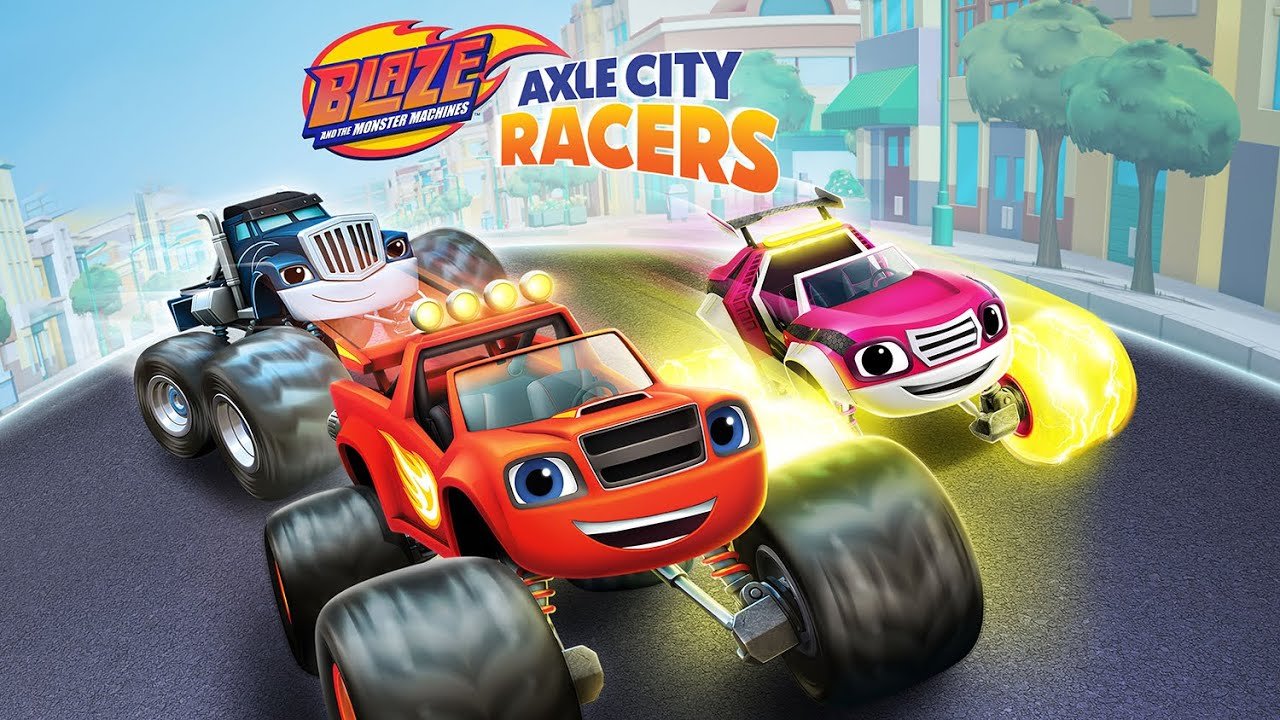 Featuring eight characters from the show to race as, Blaze and friends take to the track in an extremely family friendly racer with accessibility options to allow even the youngest of players to enjoy the fast and chaotic nature of the races.

The game opens with a brief tutorial that explains the gameplay and introduces the mechanics such as boost pads and the unique skills that each of the characters possess. 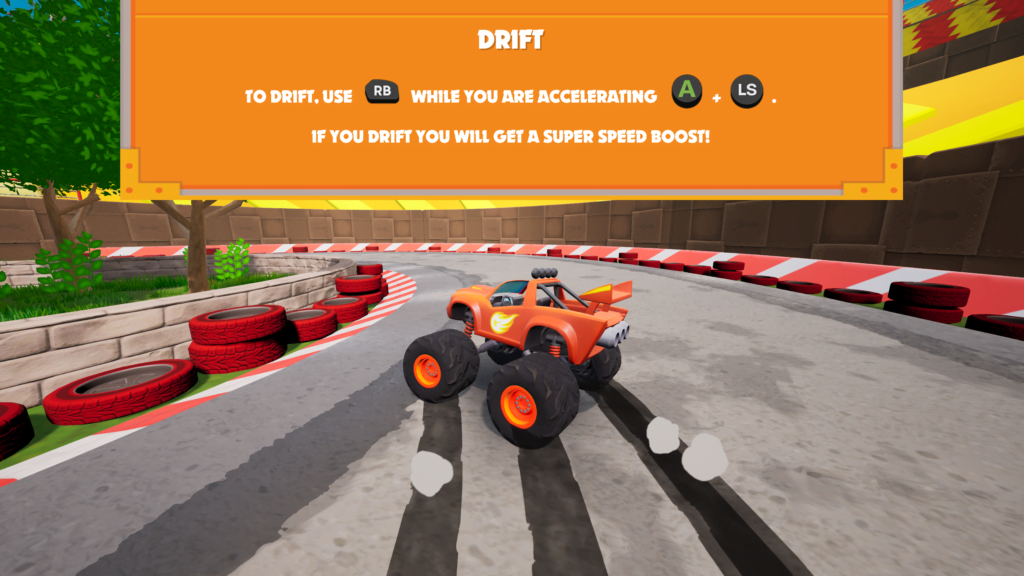 After learning the basics the player is free to choose from any of the three game modes to play in. 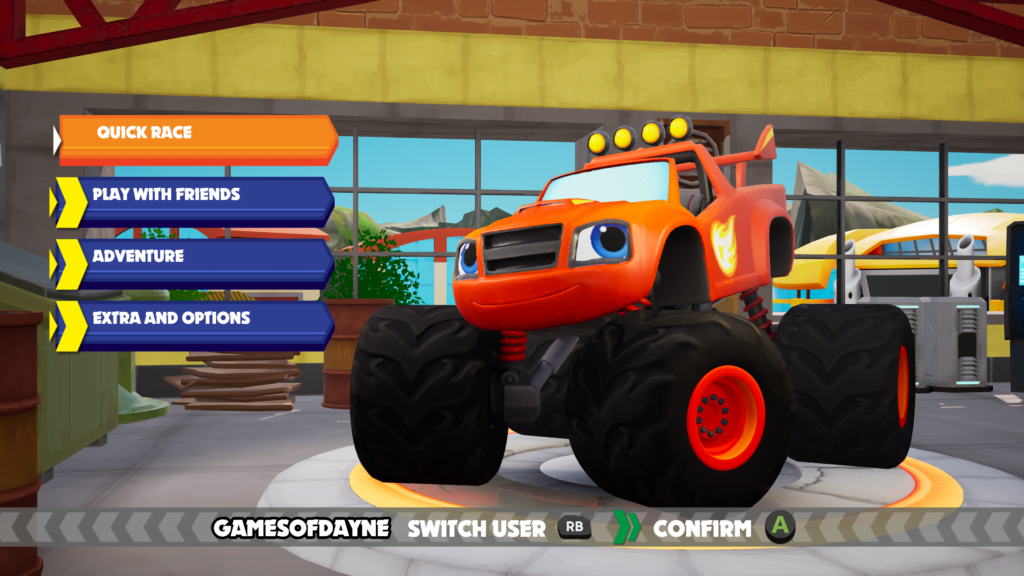 Regardless of the game mode, players can choose from the eight playable characters. Each of their unique skills are fun to experiment with such as Blaze’s turbo ability, Pickle’s shield to protect him from projectiles or traps and Crusher’s earthquake ability that slows down the other racers. The action on track is playful and friendly for younger players, not to mention fun! Wrenches concealed inside green orbs are littered throughout the track and players need to collect 10 of them to access their characters unique skill. There is a very generous amount in each instance, allowing multiple players to pick a few up each time. Using the drift feature is a great way to collect multiple at once and successful drift also award the player with a brief speed boost to gain the edge over the competition. 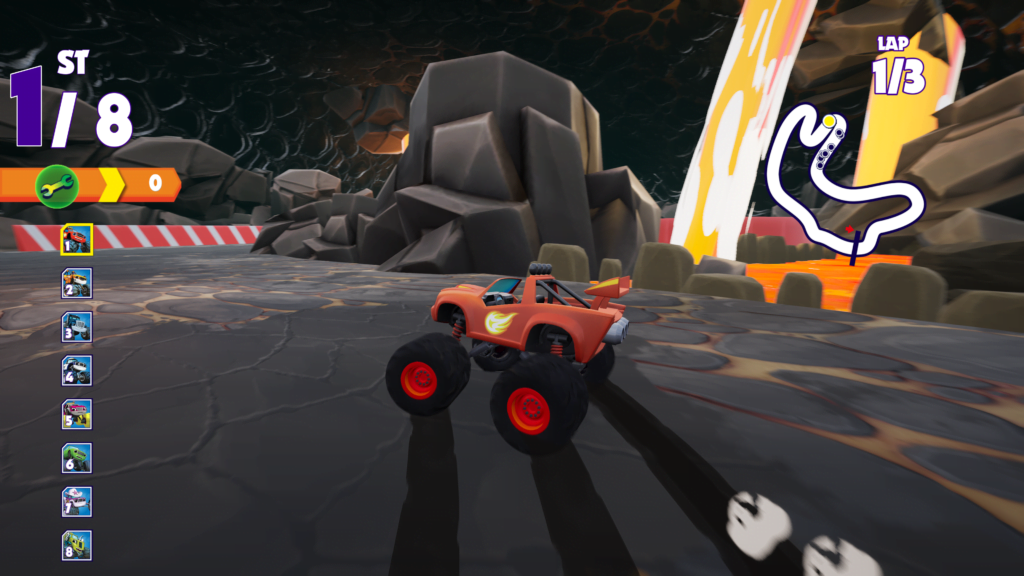 The races are all relatively short which is great for younger players who don’t necessarily have the attention span for longer races, experience with racing games and to help keep the young one’s play sessions tight. One of the greatest features in this title is the inclusion of auto-driving. Players can simply access the pause screen and with the tap of a single button, they can activate the feature which automatically accelerates and steers, though players can still steer while the feature is active if they wish.

The simplicity of the gameplay is great for younger players as the core gameplay consists only accelerating, braking, drifting and using the skills. It is easy enough for them to pick-up and play and enjoyable enough to entertain older players or parents who may be sharing the experience with them. Beautifully faithful to the art direction of the hit television series, Axle City Racers looks and feels like the show. The environments are bright, colourful and charming and the characters are just as vibrant and endearing. There is joy to these types of experiences that are aimed at younger players that are inescapably joyful to its entire audience, regardless of age. The playful chaos that each of the character’s skills bring to the racetrack keep each race entertaining and fun. Blaze and the Monster Machines: Axle City Racers is a fun little kart-racer that is wonderfully charming to look at and offers such great accessibility options that the youngest of players can enjoy without the pressures of complex controls. It’s simple, it’s fun and the competitive local co-op should inspire some fun competition between the whole family. With accessibility in mind, and some fun educational facts that serve as the load screens, this title doesn’t overcomplicate anything and that’s what helps it stand out in the kart racing genre as more than just a licensed title.

+ Races are short and sweet

– Older players may find the Adventure mode a little short

– A few more locations and modes would have been nice 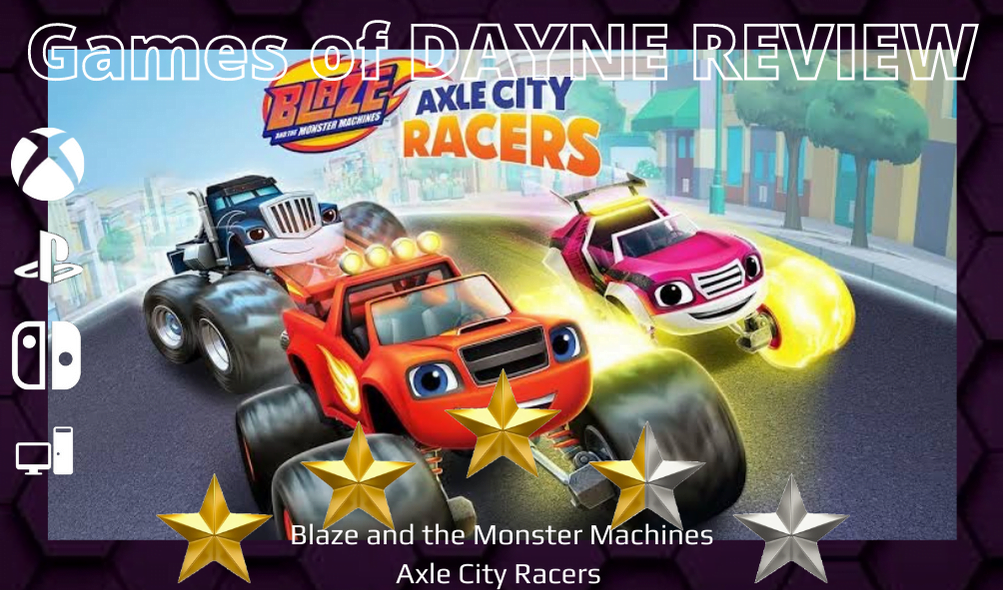