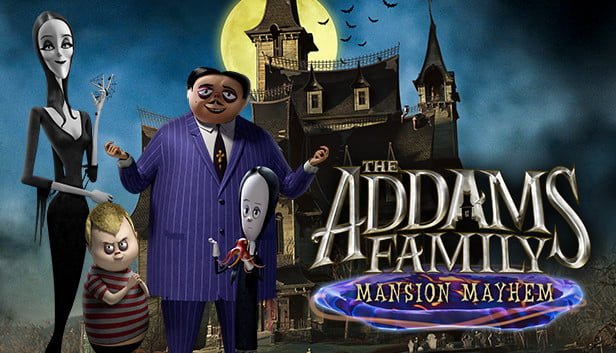 For as long as I can remember I’ve been a fan of The Addams Family. Countless movies, television series and a handful of video games have been ingrained into my brain with joy. The Addams Family: Mansion Mayhem fantastically captures the magic and feeling of the recent CGI-animated film and its upcoming sequel.

The 3D platforming adventure packs in a variety of fun and spooky elements in an impressive variety of locations that draw a beautiful parallels with its big-screen inspiration. 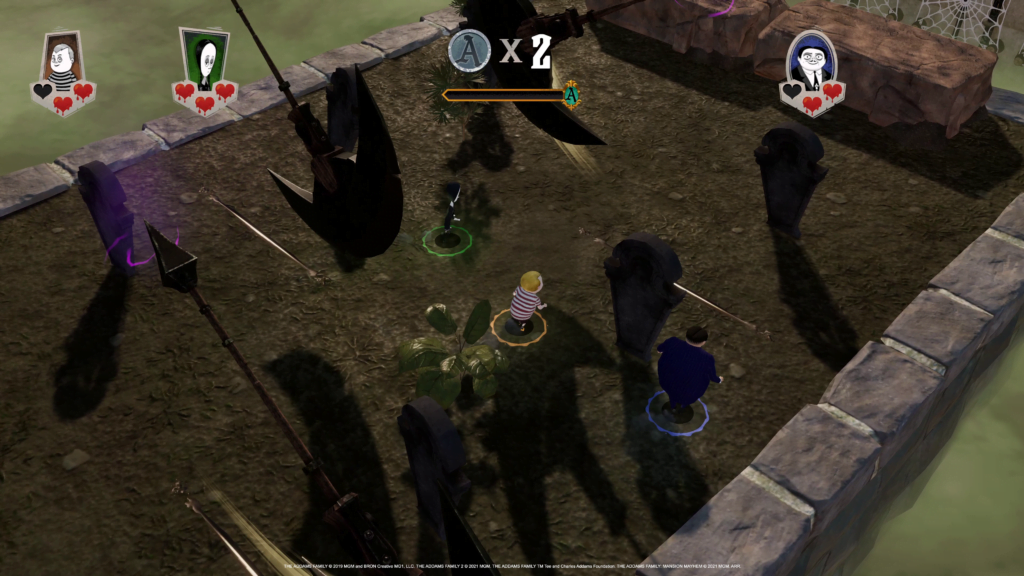 The official synopsis for The Addams Family: Mansion Mayhem reads;

“Family game night is about to get terrifyingly exciting!

Only you and your friends can help Wednesday, Pugsley, Gomez, and Morticia save the Addams Family Mansion in this horrifyingly hilarious 3D adventure for up to four players.

The mansion is full of spooky scares – but can you discover its hair-raising secrets and save it from an unexpected threat?

Use each iconic character’s abilities to explore the house, solve puzzles, and find lost relics. Play competitive minigames that will have you bumping and jumping over each other to win.” 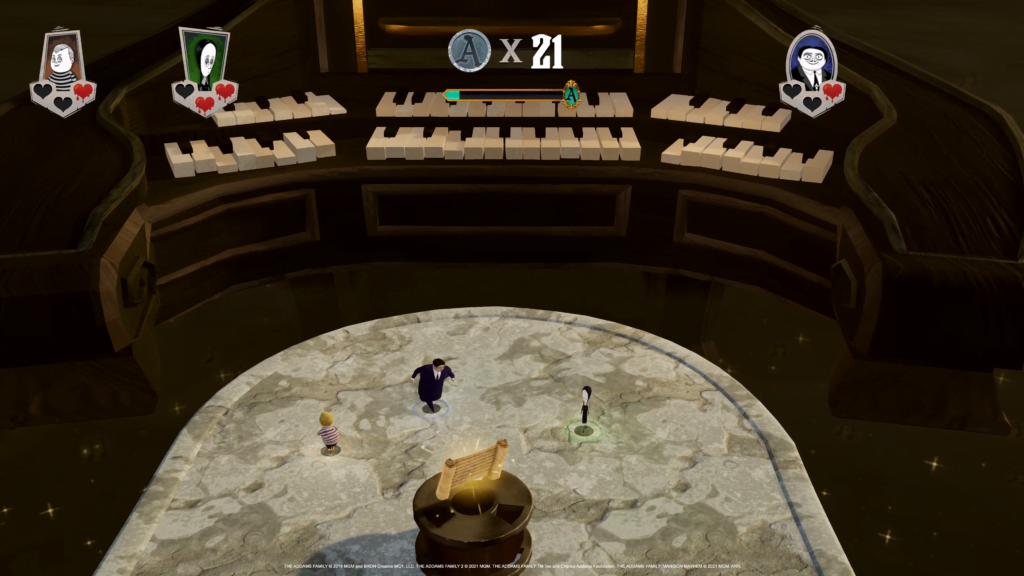 There is a crazy amount of variety in its mini-games. When speaking with one of the developers as I played my demo, I learned that every mini-game in The Addams Family: Mansion Mayhem is unique. That freedom to be so creative and playful with the variety was a task enjoyed by the team and from what little I was able to see in my experience with it, it will likely be received well when it launches at the tail end of next week. 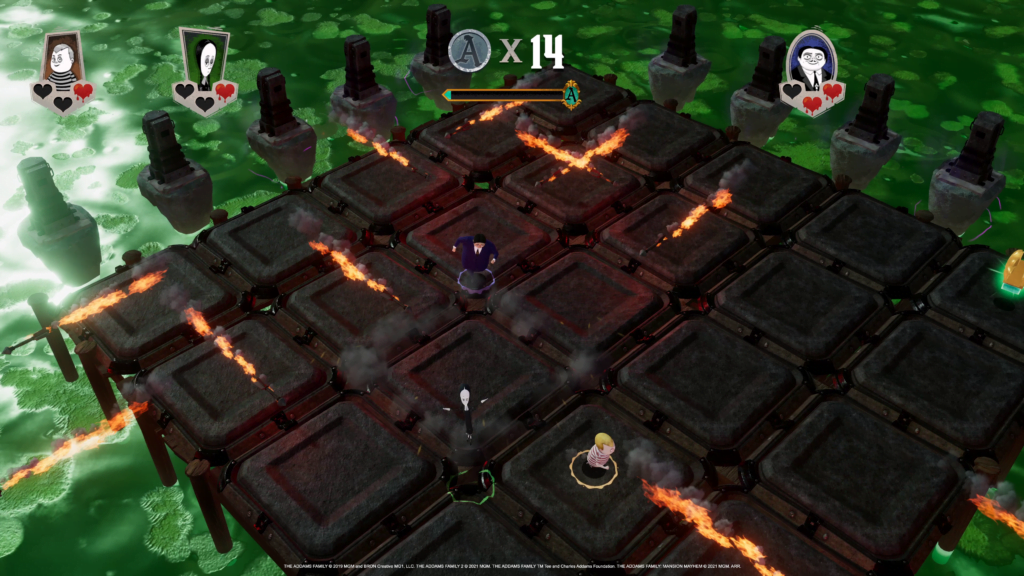 The game world is laid out almost like a map with story missions along the way and these mini-games spread throughout. The mansion is laid out by rooms or areas, and a handful of missions and mini-games take place within different areas of these locations. 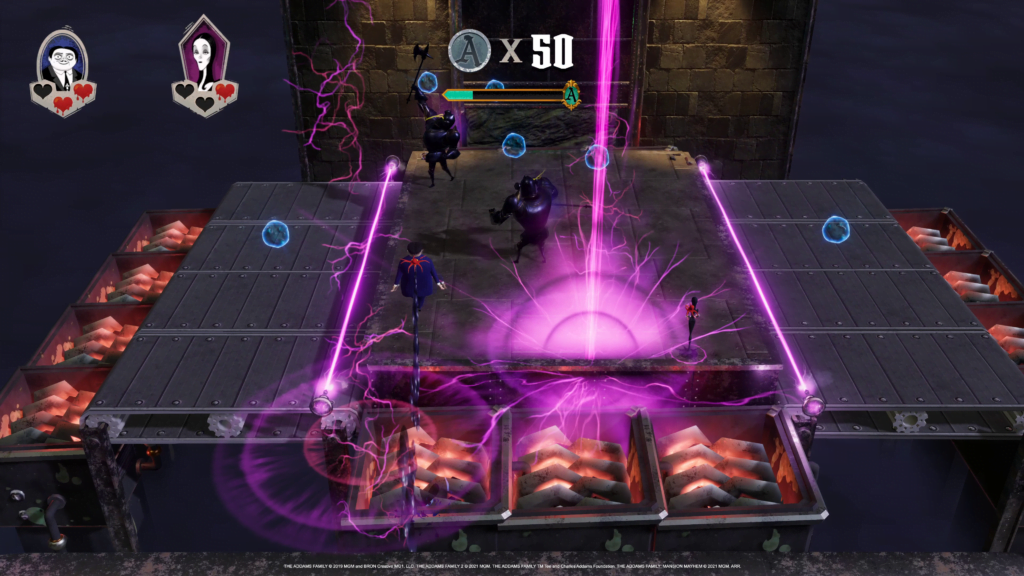 Playable solo or with up to three other players, the titular family are all playable and each have their own abilities that encourages experimentation. The mini-games in particular scream co-op and look to be a lot of silly fun that varies in its co-operative or competitive aspects that should provide a few laughs when playing with the little ones. 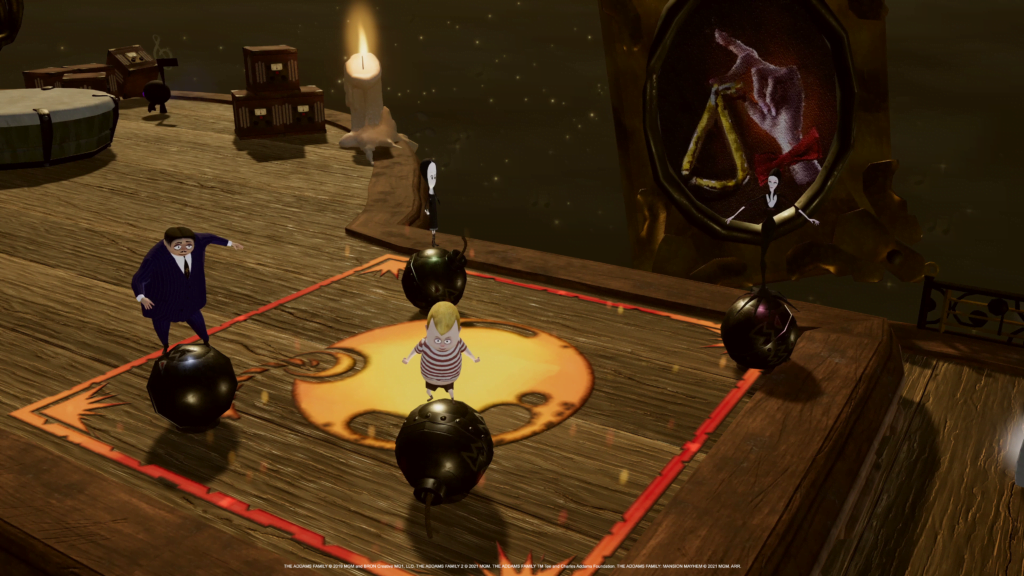 The Addams Family: Mansion Mayhem looks to sit atop the list of games I was able to preview at OG Unwrapped as perhaps the most complex but that by no means suggests it will be difficult for younger players. The platforming and mini-games that I was able to play through were fun, accessible enough with the simplified control scheme and look like a blast to be played co-operatively come next week.