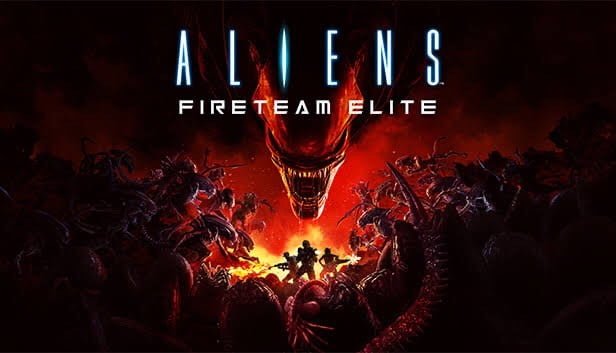 Taking the fight to the Xenomorph hive as an elite fireteam of three is a satisfying wave-based experience that authentically captures the magic of the Alien franchise. Aliens: Fireteam Elite is presented with an authentic score, sound effects and atmosphere that masterfully captures the tone of the beloved film series.

Tasking players with eradicating the Xenomorph threat with up to two other players or bot companions, Aliens: Fireteam Elite offers four classes initially and four campaigns comprised of three missions each, ultimately adding a fifth class, additional difficulties and a horde mode upon completion of the campaigns. Constantly outnumbered, the alien threat is a blast to tackle alone or with friends.

Each of the four campaigns take place in a different environment, with each showcasing a variety of locations that are open and full of cover while also presenting some claustrophobic funnels that elevate the tension and danger. The varying scope of the locations as the fireteam pushes forward keeps things exciting, offering mere moments of respite and a seeming calm before again being overwhelmed by the menacing aliens in droves.

The story is told through voiced dialogue before and after a mission through static interactions with characters, with not a single cinematic sequence in the entire game. With dialogue delivered throughout the missions as well, this is the only format the narrative unfolds in, stripping back layers of immersion on a story level.

This is disappointing considering the excellent atmosphere established form the gameplay experience and could have amplified the purpose of the campaigns, instead of relegating them to a shoot everything that moves situation over the course of twelve missions. 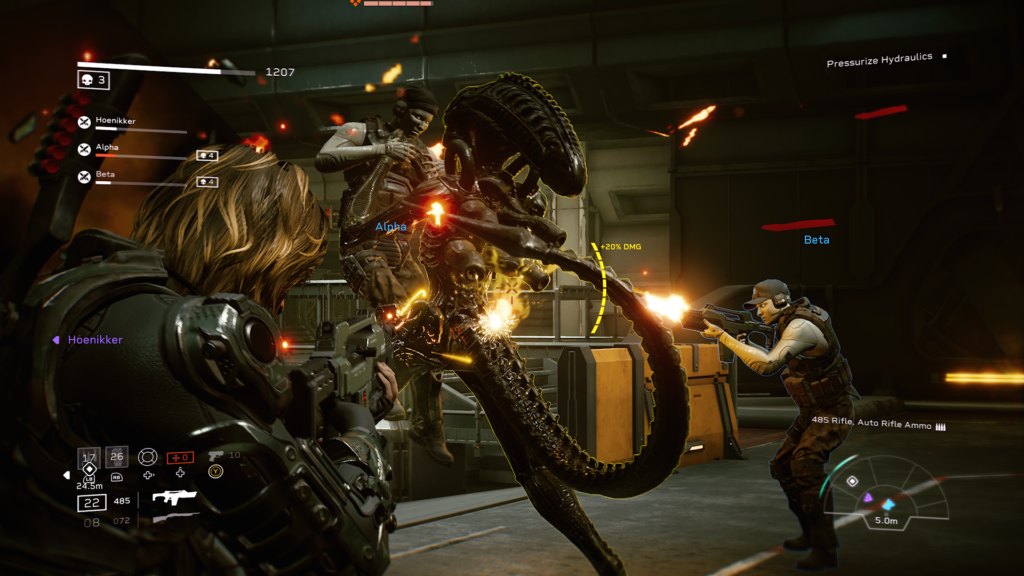 As a third person shooter, Aliens: Fireteam Elite gets the gameplay right. Making up for its narrative shortcomings, it delivers a fun and engaging shooter that is tense and challenging, especially when playing on the higher difficulties. It plays like Gears of War while feeling like Alien.

Further adding to the comparison of the Gears franchise is a cover system, though its inclusion feels redundant. The Xenomorphs emerge from vents and holes in the walls and ceiling from all sides, including from behind. This 360 degree spawn system actually encourages players to stay mobile to avoid being pinned down and circled, negating the effectiveness that cover should provide. While it works well in some situations, these are few and far between, with enemies spawning exclusively from the front a rare occurrence. 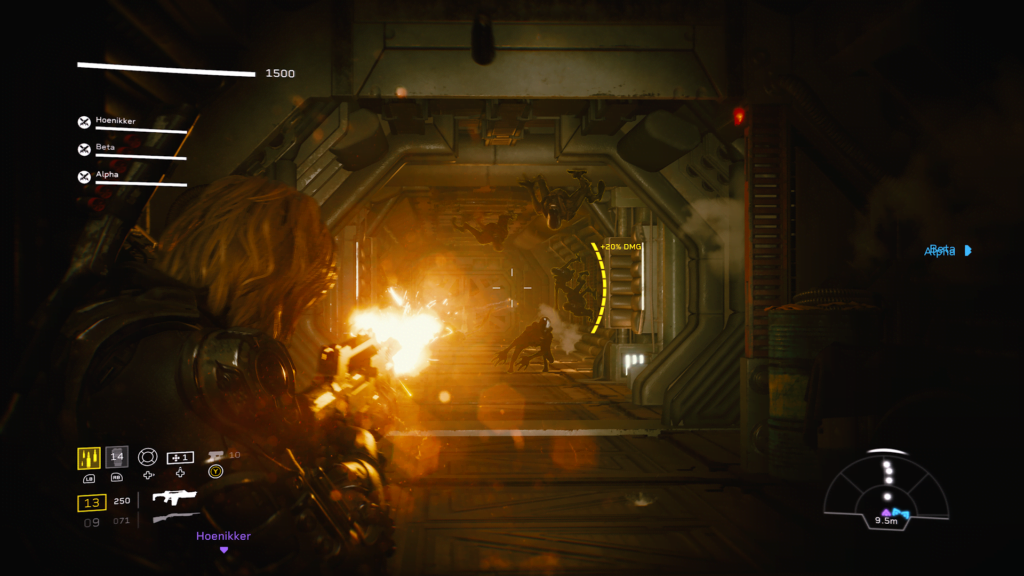 Equipped with a primary and secondary weapon, as well as a pistol, the players load out depends on the class, with certain classes able to wield different types of guns. Assault rifles, light machine guns, sniper rifles, shotguns and flamethrowers are just a few examples of the arsenal to experiment with.

As well as weapons, each class has access to unique abilities such as healing stations, sentry turrets, grenades and team perks, which all require cool-downs before they can be used again. Playing as each class is fun and offers a unique experience when compared to the others, encouraging replayability and sampling all of what’s in offer in terms of class specific weapons and abilities. 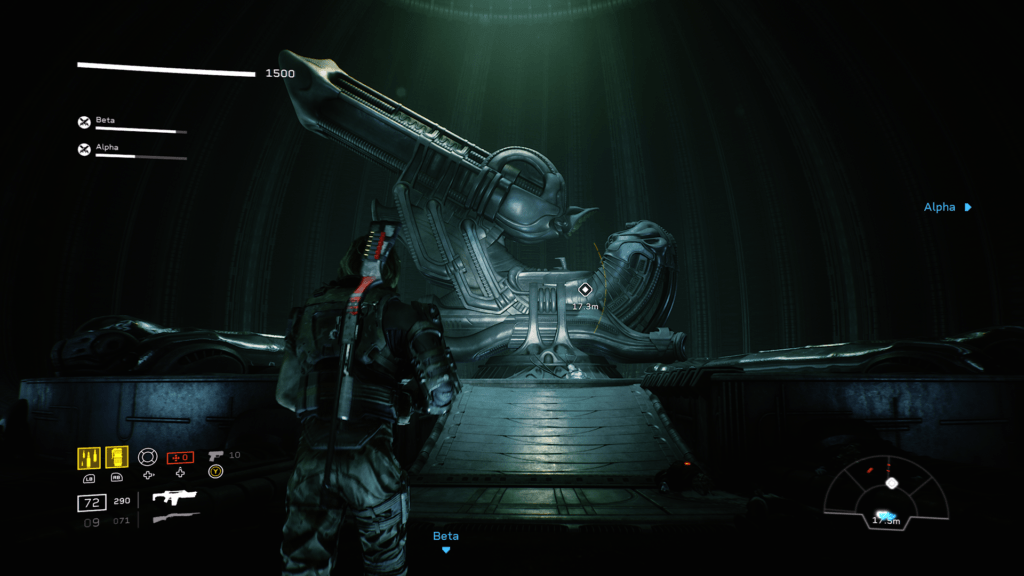 Experience is gained by simply playing the game which levels up a number of things. Each weapon can be leveled up, unlocking new passive perks with each level, as can the class played as and the player’s overall level. Class level opens up new perks, buffs and modifiers which can be physically arranged in a grid, a simple system that feels familiar early on.

As well as experience, two forms of in-game currency are earned by completing missions and tactical challenges, the latter are a set of three that are refreshed every 24 hours tasking players with the likes of completing X amount of missions as a certain class or killing certain enemies. These currencies can be spent at a vendor to unlock hats, armour, weapons, weapon skins, attachments and decals for example. Character customisation is limited but it’s nice to be able to put a few personalised touches on them. 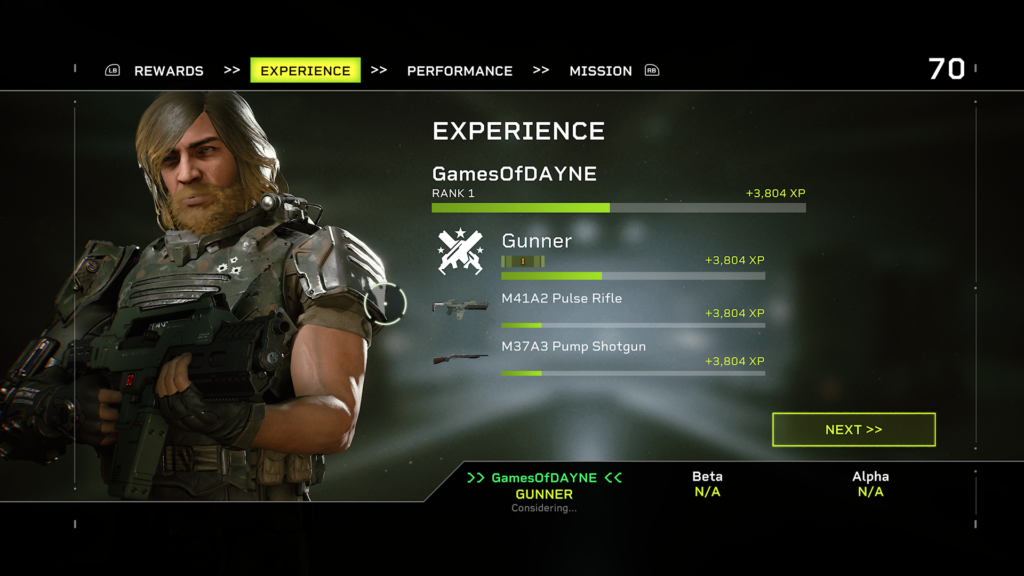 The enemy variants each bring unique challenges to the gameplay, with elite and special classed enemies dealing greater damage and in some cases damaging the player over time with effects such as acid. Enemies aren’t just limited to the iconic Xenomorph aliens, android variants, creepy crawlies including the dreaded face-huggers also appear and keep the combat dynamic and interesting. 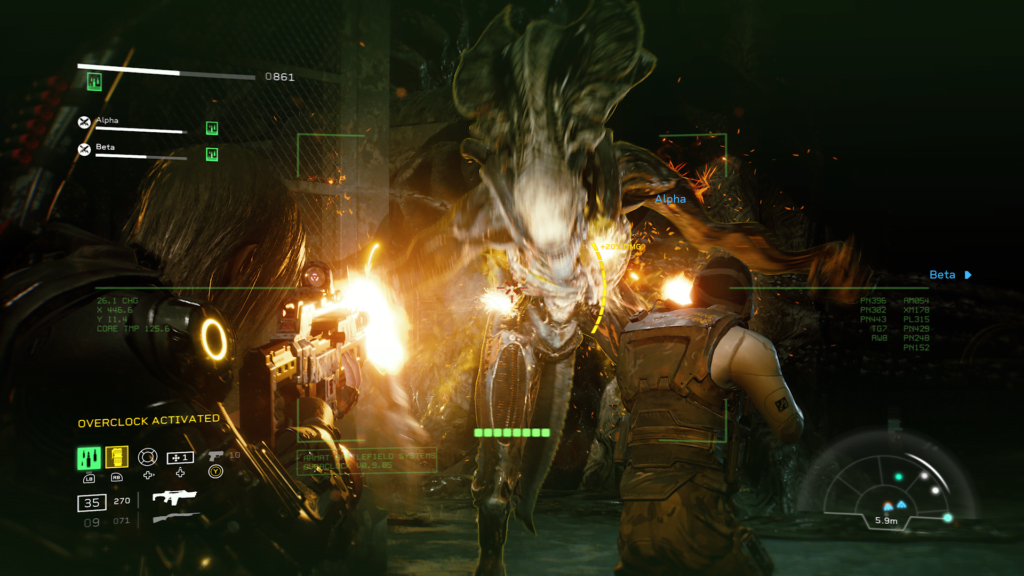 Watching the androids square off against the Xenomorphs is fun to watch but also advantageous, encouraging the player to find ways to exploit their focus and get them to fight each other, especially useful with the elite class enemies. The visuals are impressive, providing an immersive world that feels dangerous at every turn. Enemy design is especially on point and offers a genuine sense of terror as Xenomorphs approach on the ground, ceiling and walls from all directions simultaneously.

The haunting hisses, shrieks and growls are disturbingly effective at setting the tone of the horrific combat that is seemingly endless. The score is faithful to the franchise and provides such an epic presentation that will feel familiar to fans of the films. 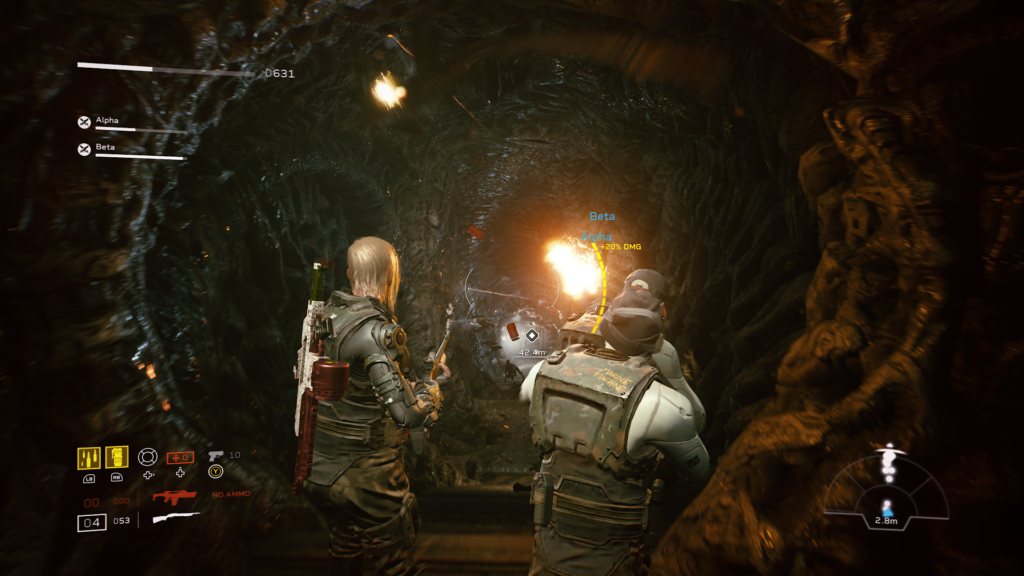 Aliens: Fireteam Elite is an enjoyable three-player shooter that delivers great gameplay and an amazing atmosphere and representation of the legendary franchise. Its narrative shortcomings and limited number of missions are disappointing, more attention to these aspects could easily make the experience feel more meaningful than just an enjoyable horde-slaying affair. 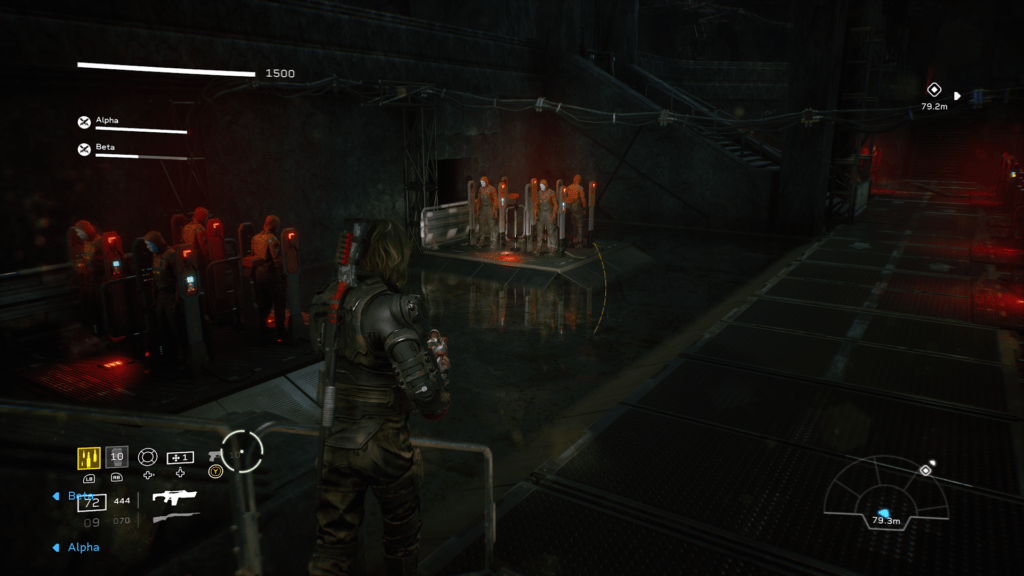 + Enemy spawns from all directions