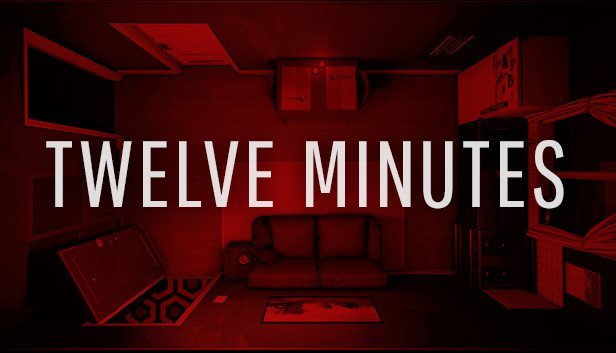 Twelve Minutes is an interactive thriller with a star-studded cast trapped in an intriguing time-loop mechanic. A husband finds himself trapped in a repeating twelve-minute time loop that restarts regardless if he lives or dies. Unable to escape it, the player must guide him to uncover new clues, conversations, and information regarding the background of his wife and himself, retaining this information with every ‘loop’.

A thrilling narrative throws twists at every turn and its most shocking revelation is kept until the end, one that is certain to have people talking about it for a long time. Whether you enjoy it or not, Twelve Minutes is an experience you will remember.

It’s important to note right off the bat that the gameplay in Twelve Minutes takes place in twelve-minute loops in real time. In that window players must interact with things within the living room/kitchen open area, bathroom, bedroom, and closet to get to the bottom of the mystery surrounding the happily married couple. These rooms never change. The objects and points of interest that can be interacted with never change. Everything the player will need is here already and not only does that make future playthroughs significantly faster, it also speeds up the progression with each loop that passes. 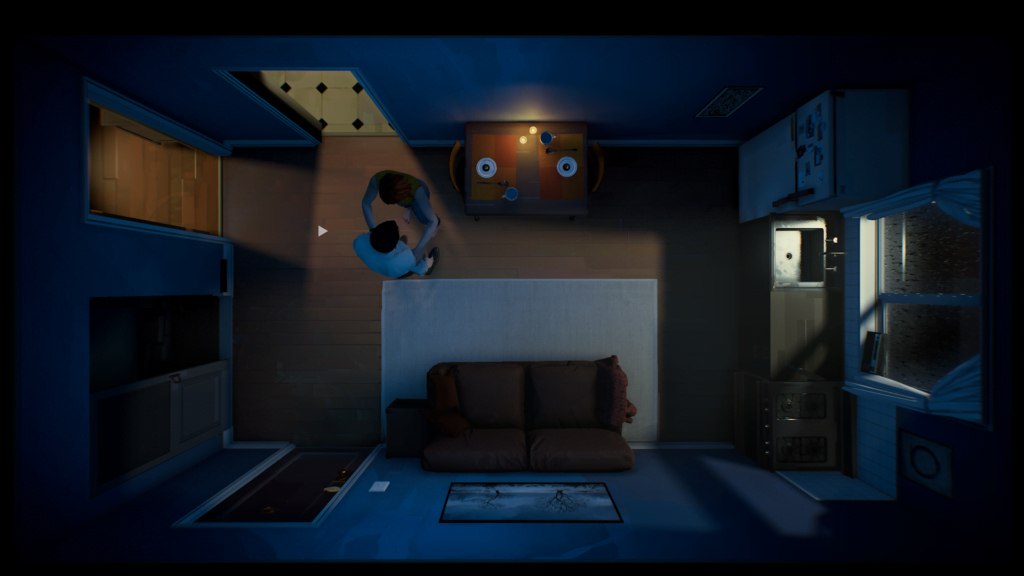 There were wild numbers of 6-8 hours thrown around in the media for a playthrough but my first at launch took less than two hours to complete the game and all but one of the missable endings. Having replayed the game dozens of times in search of one last missing ending, a player that knows what they’re doing can be done in just over an hour but first-time players that are logically minded and take note of the significance of the dialogue will likely sit around the two-hour mark. 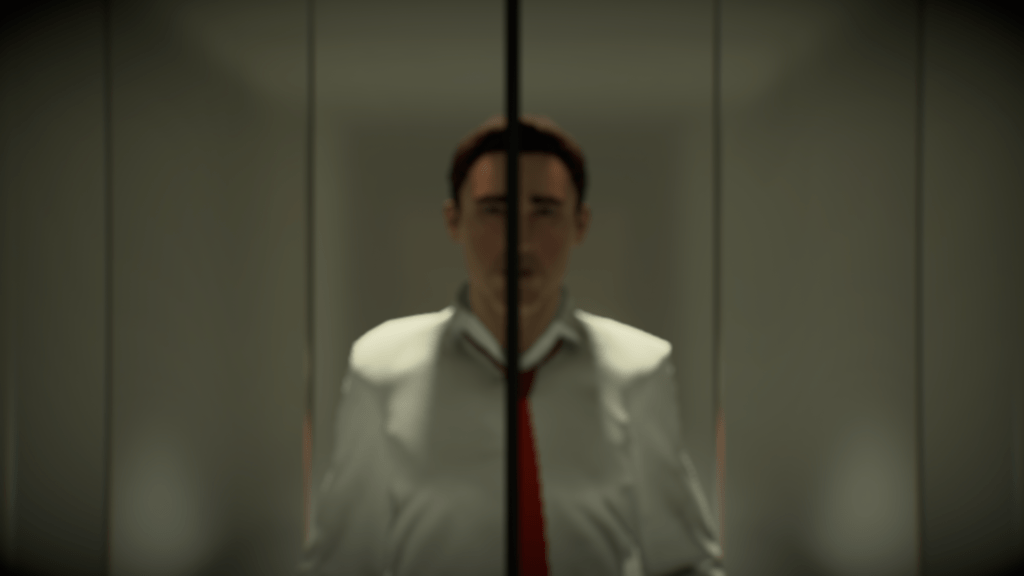 The idea of each loop is to learn a pivotal piece of information that can be used in future loops to uncover additional vital clues. With a little over a dozen interactable objects and new dialogue opening when new things are discovered the search area, for lack of a better term, is very small. Failing to pay attention to dialogue however could send a player mad searching for things they don’t have the answer too. I cannot stress enough how important it is to take note of dialogue from the three core characters in Twelve Minutes – husband, the wife, and the cop. The story can start out in a familiar fashion but can take wild and unexpected turns based on things like dialogue had in previous loops that can change the characters’ moods and reactions for instance. 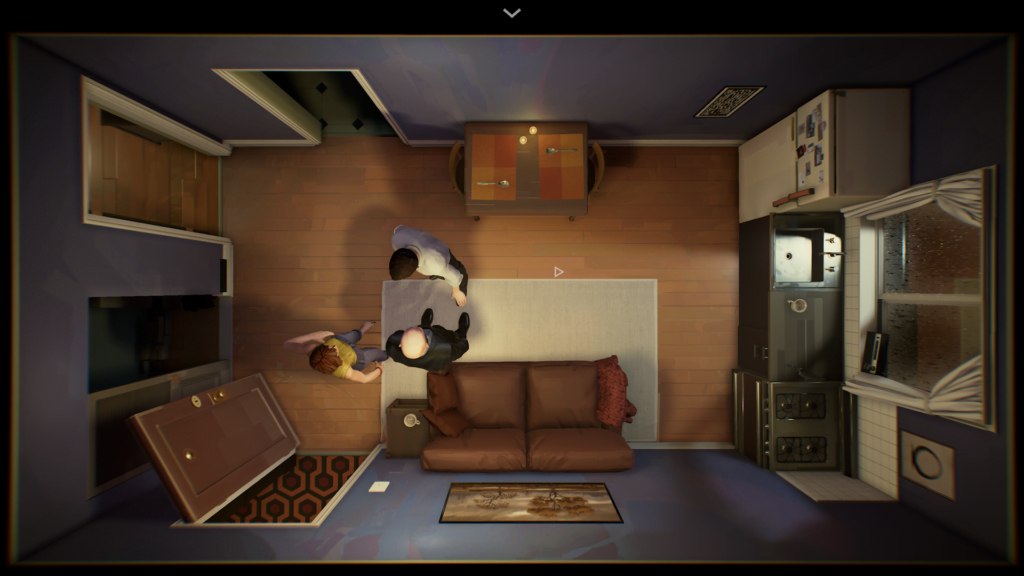 The puzzles the player must solve by connecting information or using objects on other things are clever but not overly complicated. For example, if something needs unscrewed, a knife, spoon or even a key are logical tools to try. Once a particular puzzle has been solved it’s likely to be used again in future loops. While this may sound repetitive, given the brief length of the thrilling story it is all over before that has a chance to settle in. As for repeated dialogue, that can be fast forwarded once heard for the first time. For a game focused on reliving the same twelve minutes over and over it does a fine job of evading the monotony of repetition. 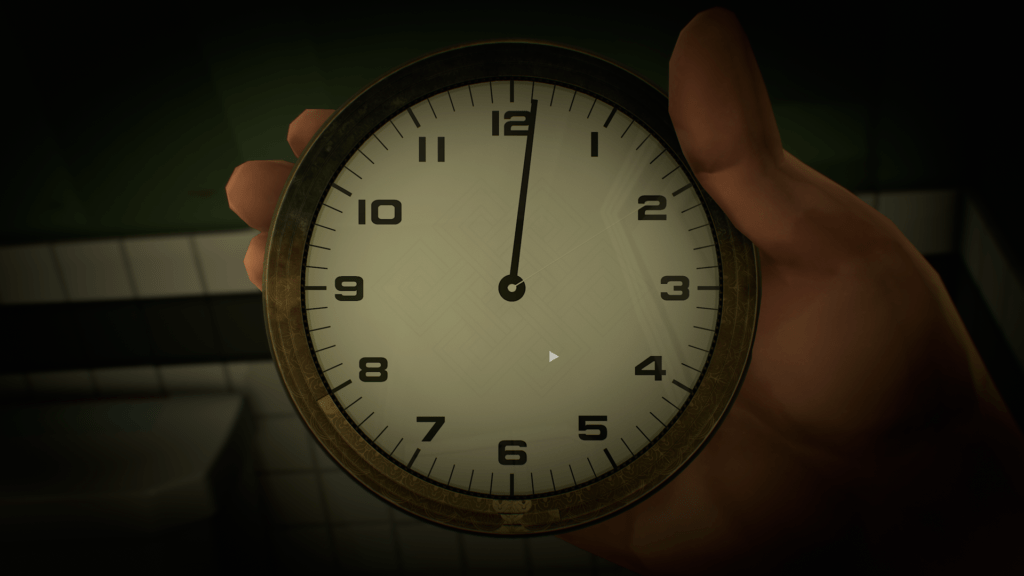 Brought to life by James McAvoy, Daisy Ridley and Willem Dafoe, the unnamed husband, wife, and cop respectively deliver solid performances, as could be expected by performers of their calibre. Twelve Minutes throws these three characters in a wild combination of situations that allow incredible emotional range in their performances that encompass romance, fear, excitement, and shock. Without these top shelf performances, the nameless characters could easily have buckled under the weight of their narrative arcs and leave the player to witness forgettable characters in unforgettable situations. 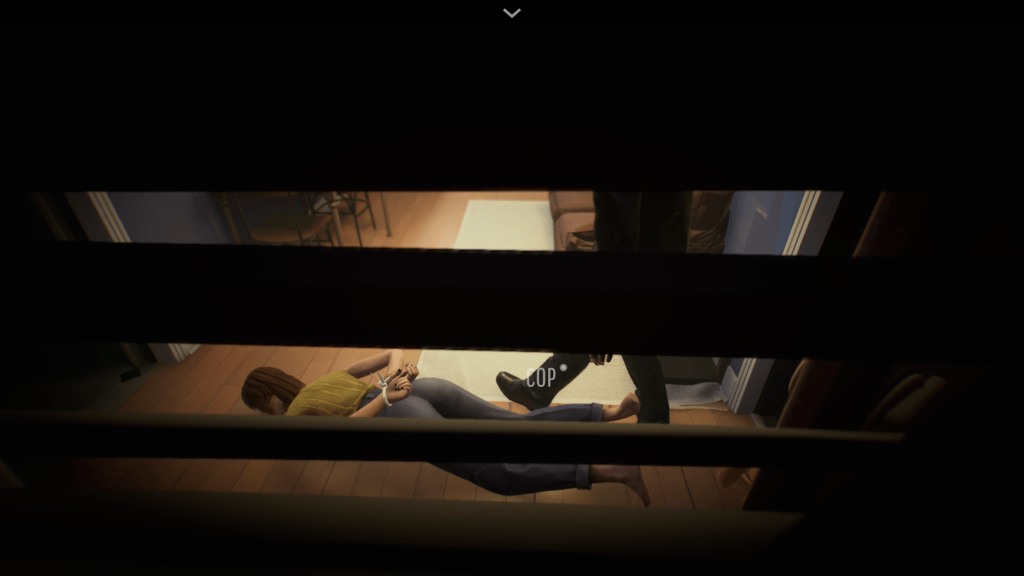 A point and click title with this level of production quality is a first, with Twelve Minutes utilising an extremely simplistic set of gameplay mechanics in an almost claustrophobic explorable area that manages to stand out. For such a small game it tells a big story, with deep characters, clever twists and turns and a shocking revelation that stay with the player long after the credits have rolled. With multiple endings to experience that are influenced by the player’s decisions, interactions and dialogue at key moments, the replay value is incredible. And as additional playthroughs will only take an hour before being able to set up these new endings, it’s short enough to replay several times without tedium setting in. 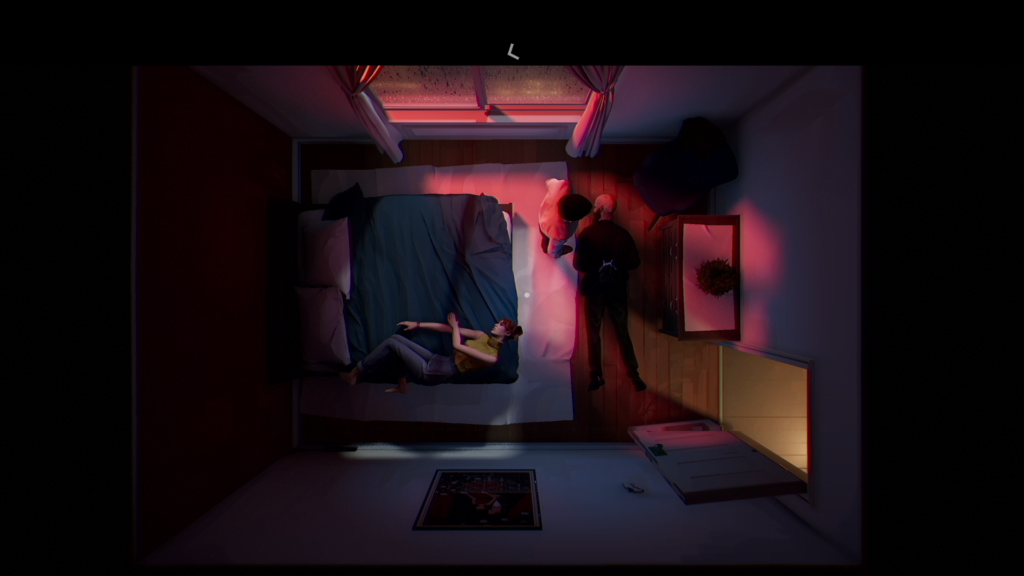 Twelve Minutes is an incredible experience. A simple genre, a complex mystery and excellent production value all come together much like its layered narrative to provide an emotional impact on a level that I personally haven’t witnessed in a video game. As I’ve mentioned, love it or hate it, you will remember Twelve Minutes. 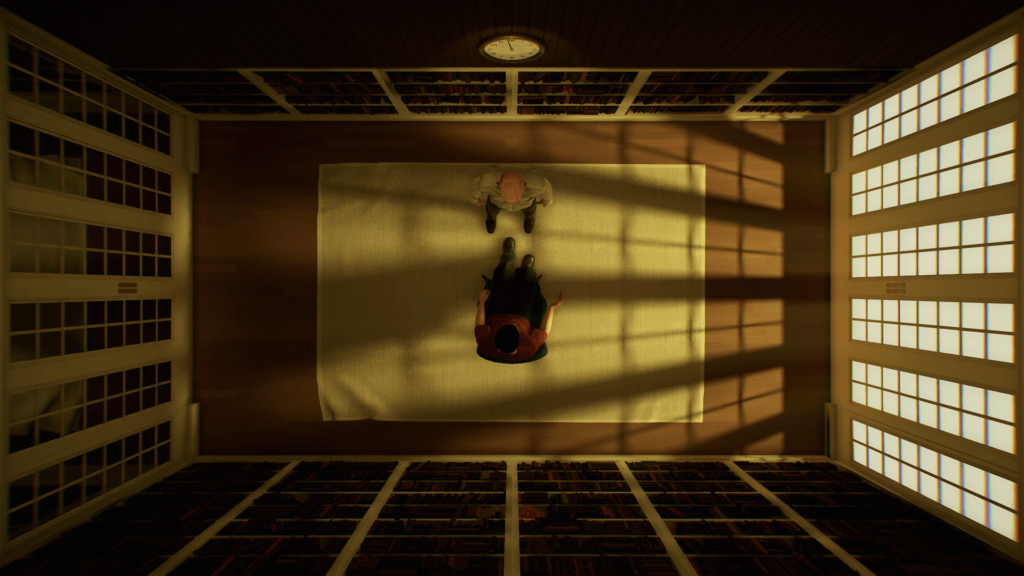 – Controls a little clunky and unresponsive at times

+/- Shock value of the ending

Without spoiling the ending, the nature of it is without doubt intended for shock value. Regardless of whether the player picks up on clues along the way, seeing it unfold is memorable for the right or wrong reasons as per the player’s interpretation and feelings towards it. 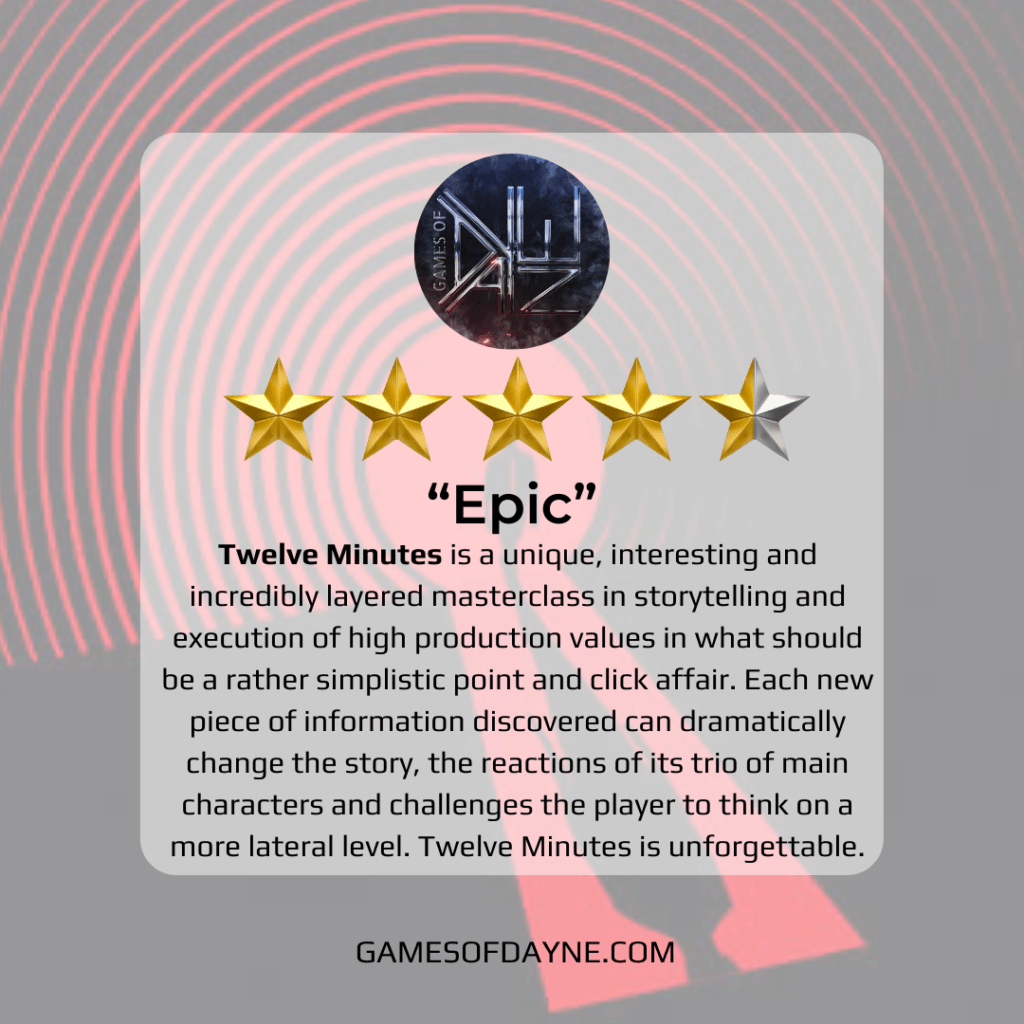