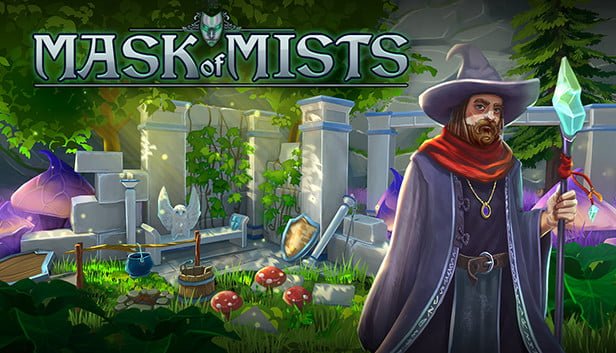 Taking place in a mystical world, Mask of Mists puts the player on the path of tracking down a missing mage. Basic platforming and simplistic combat accompany the core gameplay experience and exploration of the world in search of ingredients to craft potions, statues to collect and puzzles to solve.

Having originally launched on the Xbox One in September last year, Mask of Mists is back and this time it has been optimised for the Xbox Series X|S consoles. The sharper visuals and ridiculously fast load times in particular are immediately noticeable for players of the original release.

The opening dialogue establishes the premise and outside of it the story is limited to its pair of alternate endings at the end of the one-to-two-hour affair. There are no cutscenes, no characters to interact with and dialogue to be exchanged. Mask of Mists substitutes story for a series of puzzles that are essentially fetch quests. Finding items to access new areas or to craft things to progress is the essential flow of the gameplay. The introduction of basic combat using a sword and eventually a pistol keep things simple, emphasising the focus of puzzle solving and exploration over a more meaningful system to combat the sludge monsters and dangerous vegetation that roam the fantastical land and ancient ruins. 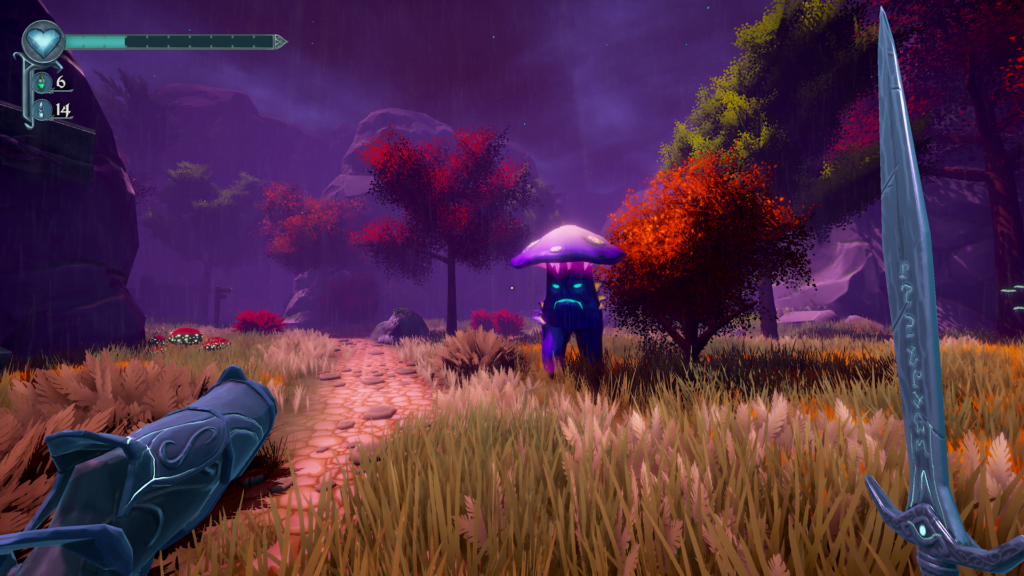 Featuring dungeons, caves, houses, and ruins to explore, the world is a respectable size and non-linear in its structure. There are no waypoints, objectives, or indications of any kind where the player needs to go, instead progression is driven by the obstacle the player comes across, such as a locked gate, and the logical thought process of the player seeing slots for statues for example, or a towering tree that looks about the exact size of a gap that needs crossing will lead them in search of an axe. 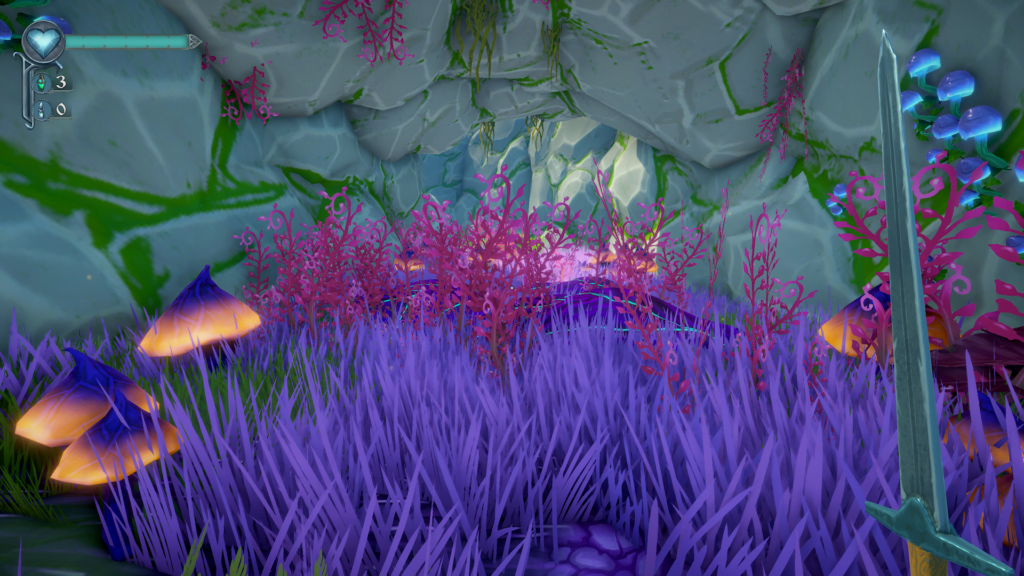 Some logic and lateral thinking are certainly required to progress, and this may make the experience more challenging for casual players or those seeking a linear, guided experience. The explorable areas aren’t particularly large though they are open enough to disorientate.

Automatically running, dashing and jumping are the means of player traversal and there aren’t many instances where jumping is required and the intended use of the dash is for some toxic environments to be passed quickly before it damages and ultimately kills the player though it is an invaluable tool to spam with the constant backtracking required, speeding up the process of getting from A to B. Interacting with levers is the primary form of puzzle solving in the dungeons which are all set within gorgeous temples. Pressure plates, hidden switches and a few other tricks keep the puzzle solving situations in the labyrinthian ruins interesting. 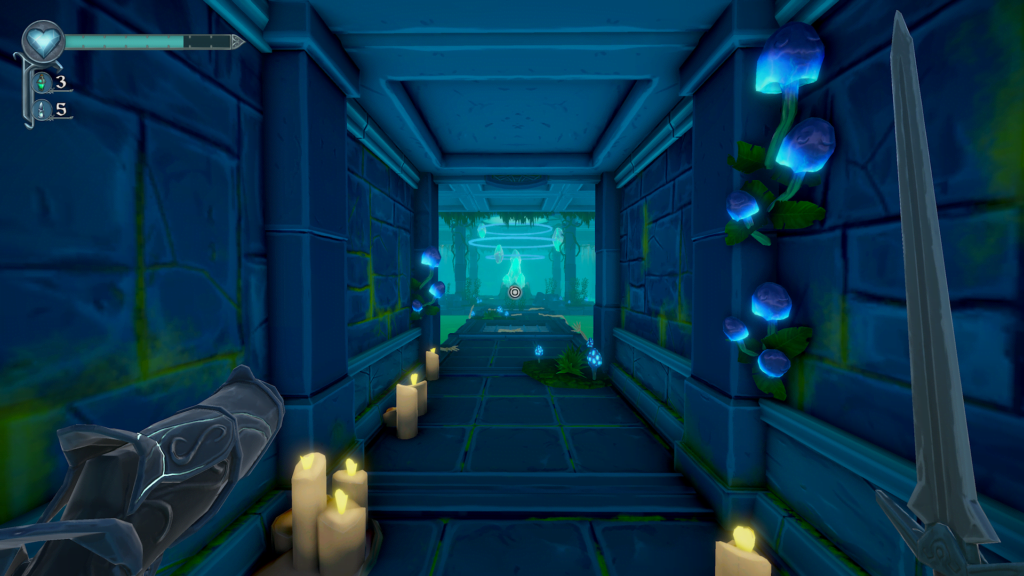 The environment ranges from the interior and exterior of ancient ruins, deadly caverns, and a surprisingly supernatural landscape in the final act. Each of these areas look great, full of various hazards yet a sense of emptiness is ever-present that feels both fitting and a little disappointing at the same time. With such few enemies or other meaningful points of interest the landscape comes across as little more than a thoroughfare. 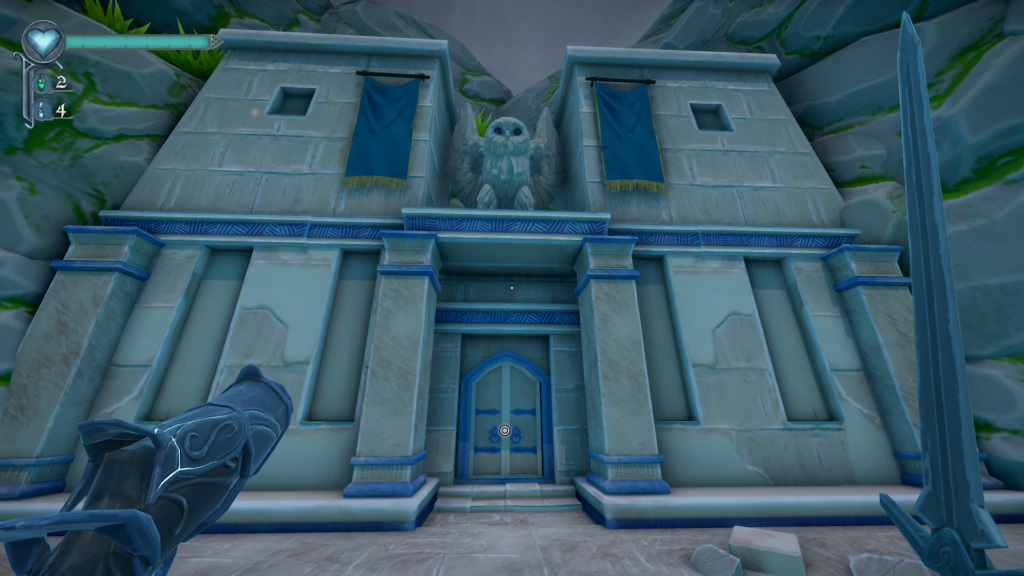 The music feels magical and light throughout, pleasant, and relaxing. The sound design is just as soothing and helps instil calm when frustration with puzzles or getting lost likely kick in. The visuals are simplistic and fun, reminiscent of similar titles in the genre. The final act of the game in particular stands out with its contrasting aesthetic when compared to those that preceded it. 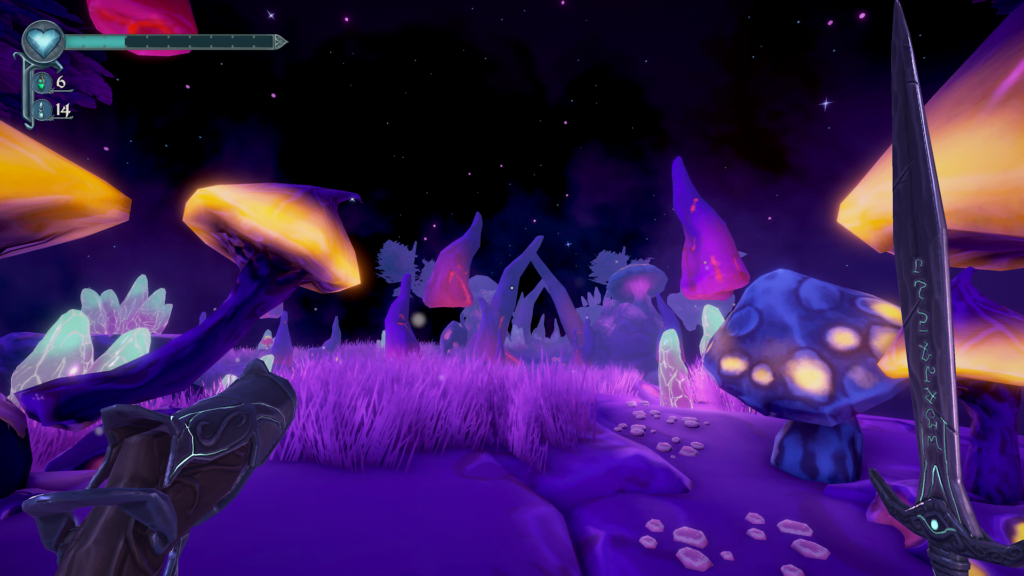 Mask of Mists is a relatively straightforward experience full of puzzles to solve that may or may not be considered difficult, almost entirely dependent on exploration and consultation with collected scrolls for clues. My first playthrough took nearly 2 hours, getting lost and failing to look at collected clues being the largest culprit for the length while my second playthrough took just over an hour.

It’s a brief experience regardless and is likely to satisfy those that enjoy puzzle solving while casual players of the genre may get frustrated or simply lack interest. As a fan of the genre, Mask of Mists mostly succeeds but its lack of purpose and narrative restrict it from feeling more than busy work. 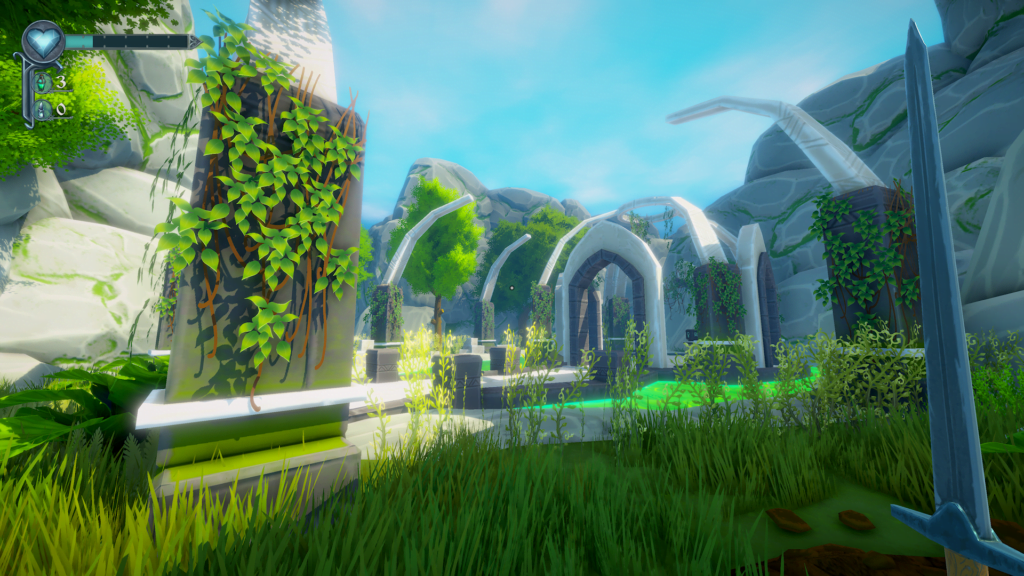 + Surprising size of the explorable environment

– Story essentially absent outside of intro

– A LOT of backtracking