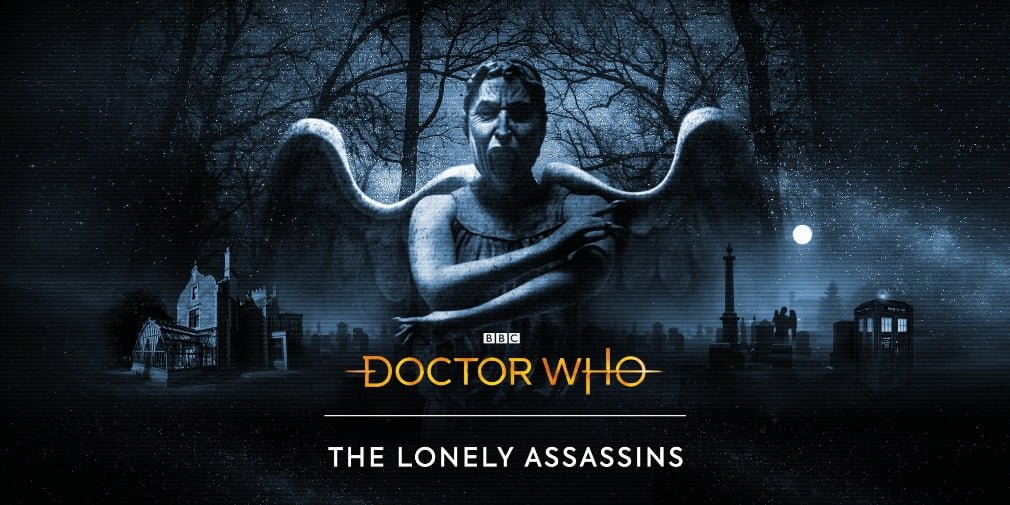 Whether you’ve watched the show or not chances are you’ve heard of Doctor Who. Spanning decades of television, movies and almost every type of medium possible, Doctor Who has rarely made an appearance in video games on console, primarily featuring in mobile or small-scale PC titles but for the first time on Xbox, PlayStation and Nintendo Switch, fans will be excited to see the arrival of Doctor Who: The Lonely Assassins.

Presented in the format of a mystery, essentially visual novel title, the experience unfolds through a phone. Browsing its contents for messages, pictures and clues, the player must find out what happened to a pair of amateur investigators who set out to rescue the titular doctor who has found himself trapped in the past.

Playing an unnamed character that happens across a lost phone, the player must use the phone to learn what happened to its previous owner. It isn’t long before contact is established with military organisation UNIT operative Petronella Osgood, serving as a guide for the player to unravel the mystery. Regular guidance is provided by Osgood and conversations with her occur in the form of selection from a list of responses. 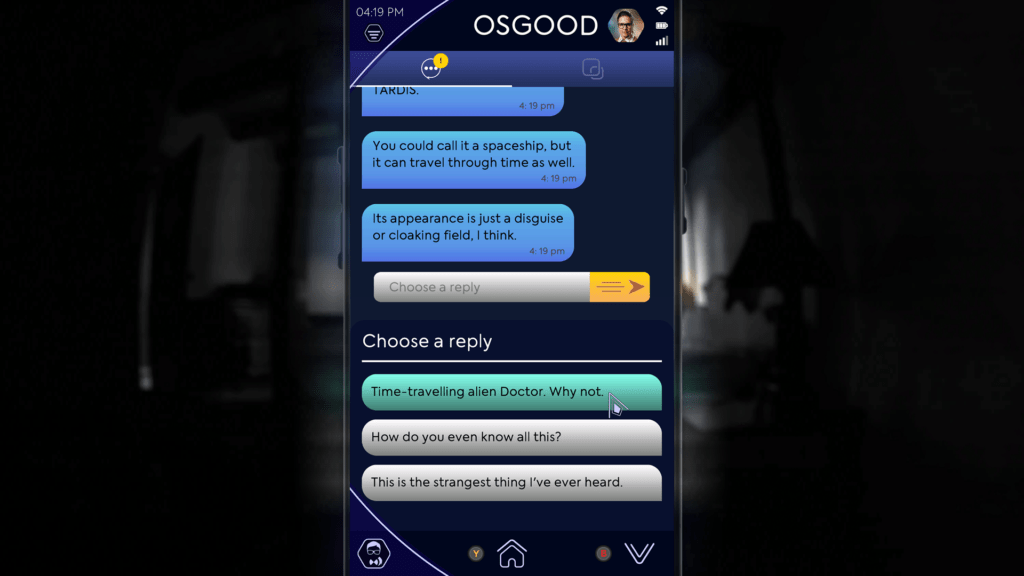 Seemingly regardless of the choices chosen the conversation steers the player in the direction they need to go in order to advance the story. Primary objectives are noting important information, piecing together damaged data fragments and getting information out of other characters. The story can be completed in as little as an hour depending on the depth of optional exploration of the contents of the phone and alternate endings add a little replayability for those curious to see how other decisions pan out. 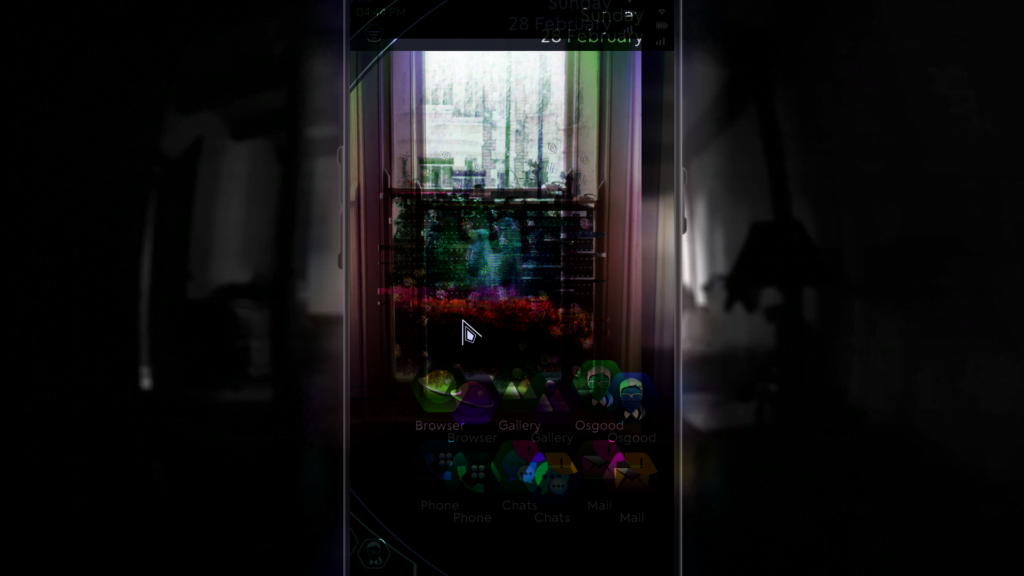 Reading text messages, emails and studying photos comprise the bulk of the experience which is nestled with easter eggs that fans of the Doctor Who universe will appreciate more than a complete outsider with no knowledge of the franchise such as myself. The phone itself is pretty easy to navigate due to its realistic design featuring the likes of time stamps, layout and general accessibility that a genuine phone possesses. 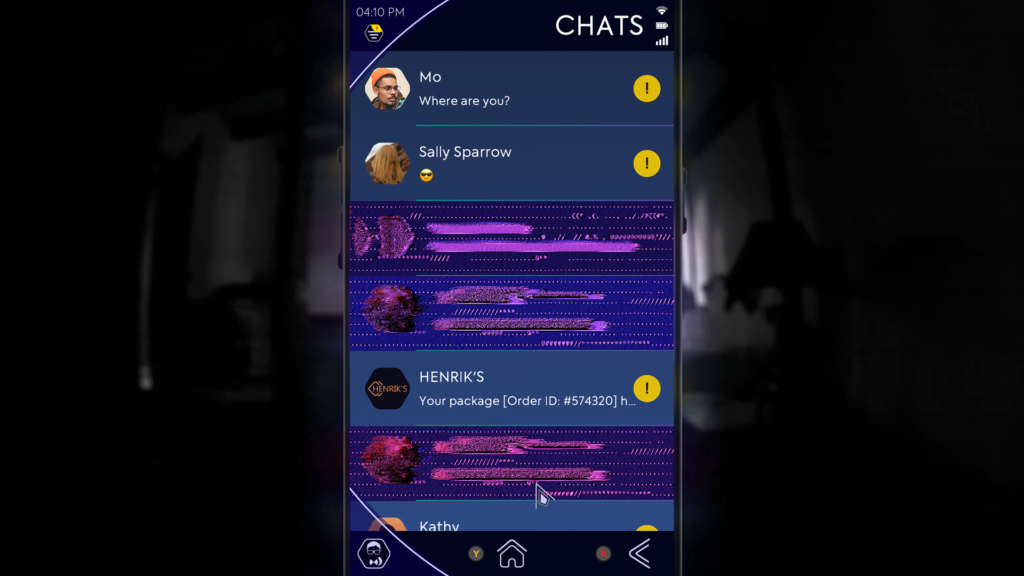 One aspect of the experience that fails to feel justified is the inclusion of a handful of jump scares, a term I use extremely loosely. These are very poor, cheesy and undermine the experience. Unless these are an actual part of the Doctor Who television series, in which case they may be appropriate, they have no business in The Lonely Assassins and undermine the serious tone established by the rest of the game. 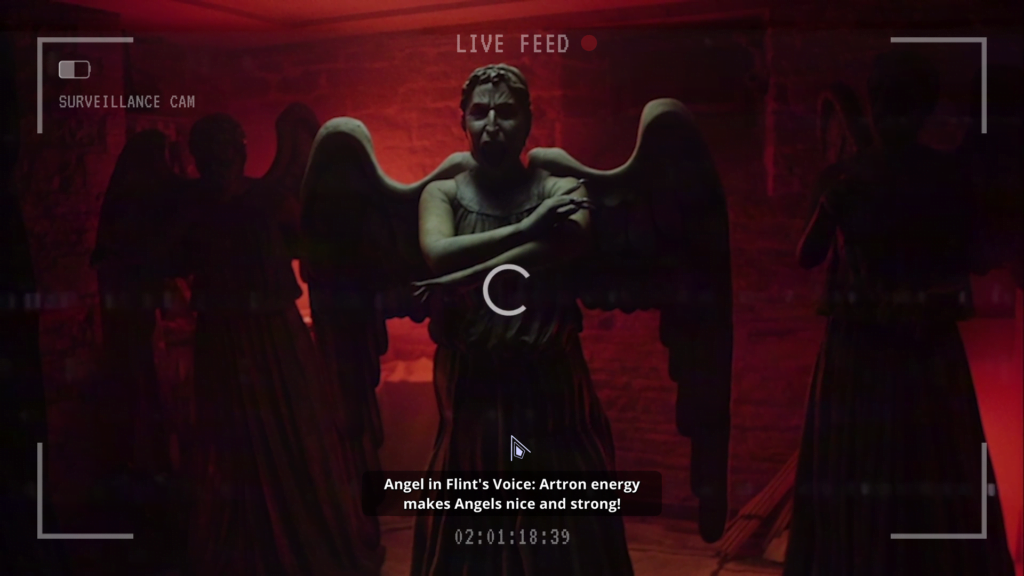 Characters from the Doctor Who universe that make an appearance are portrayed by their actual actors which is an excellent touch and adds depth to the immersion of this experience for fans while also giving newcomers a taste of what the television experience may be like. 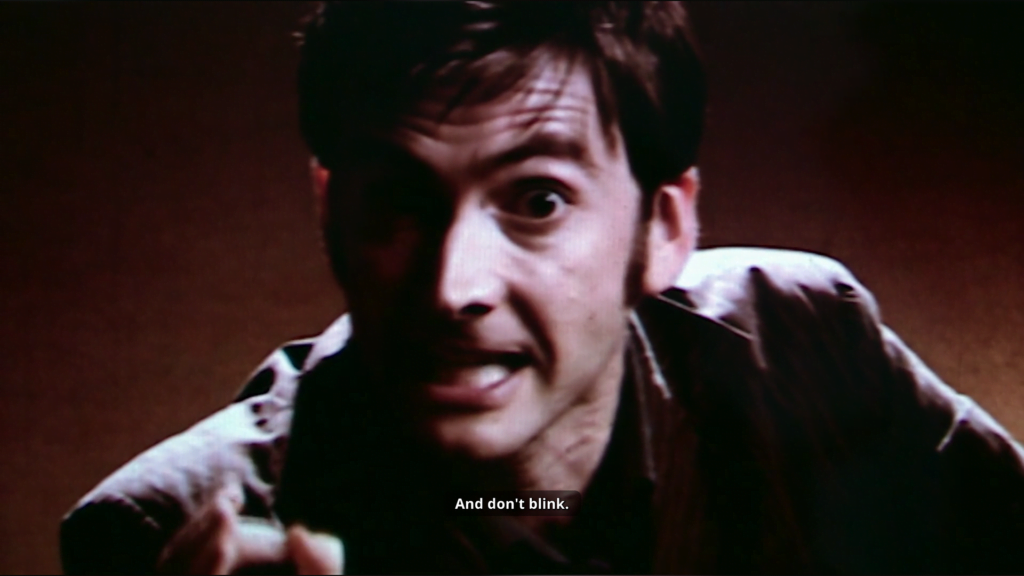 The telling of the story through a mobile phone is surprisingly effective thanks to the authentic Doctor Who experience afforded by the actual actors, layered details of the fan-favourite universe and impressive production quality. Fans of the series are certainly going to find more reasons to enjoy the experience than those that know nothing, with The Lonely Assassins feeling like little more than a well-presented visual novel that still manages to tell an interesting story, despite lack of prior knowledge in regards to who is who if you’ll excuse the pun. 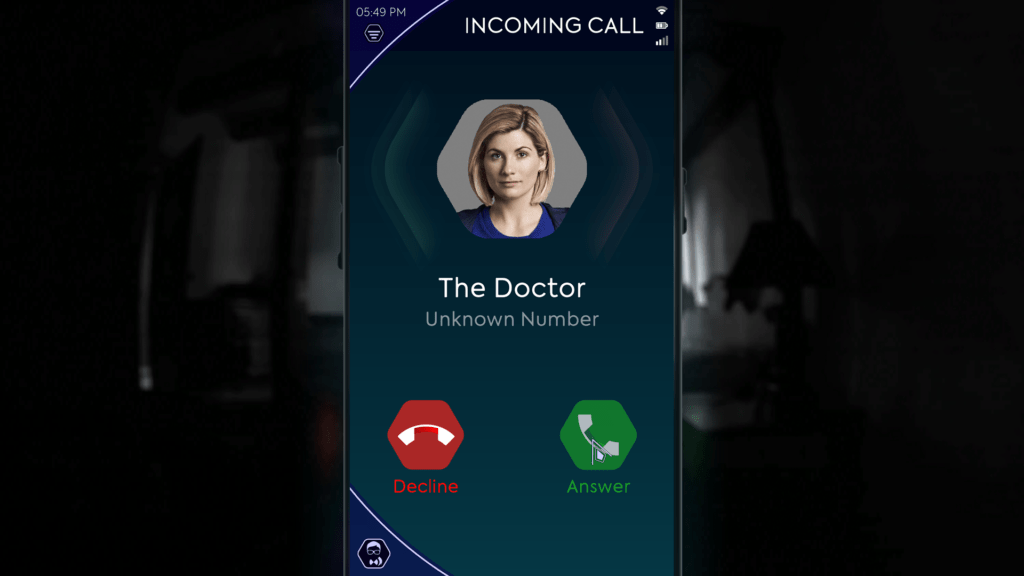 + Actual actors from the series

+ Interesting story, regardless of awareness of Doctor Who media 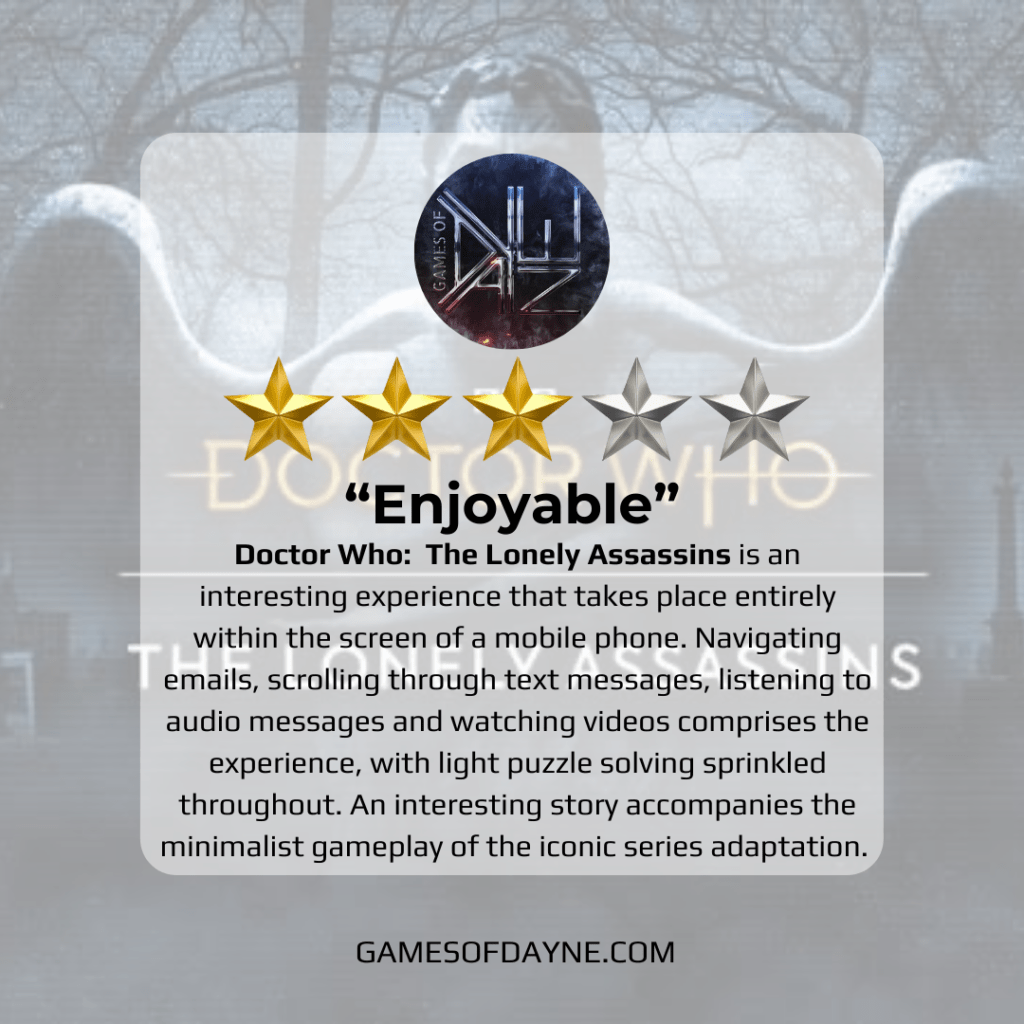