Morris Lupton was once the curator of Shelmerston Museum, passing away in 2019 at 62 years old. Despite being dead, Morris embarks on one last adventure in I am Dead to prevent a not-so-dormant volcano from destroying the island that is home to the museum, his past and its inhabitants.

Light puzzle solving is required to uncover the memories of other ghosts, find their mementos and complete optional riddles in this puzzle/treasure hunt adventure animated with charming visuals and a relaxing score.

Immediately, I am Dead paints two pictures, excuse the pun. One is that it features gorgeous painting-like visuals and the other is that its protagonist is, as mentioned, dead. 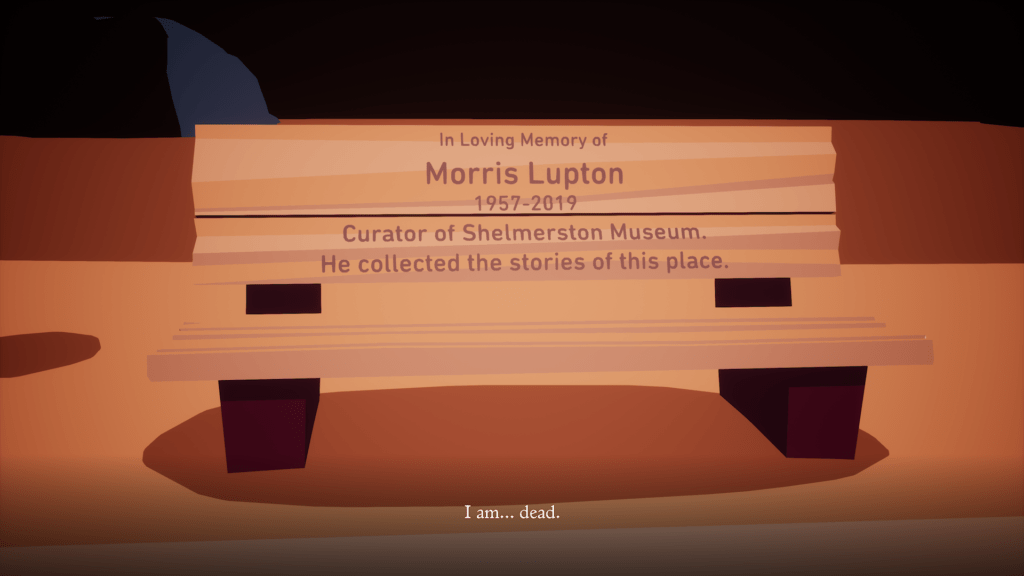 Discovering the afterlife in fact exists Morris is soon reunited with the spirit of his departed dog, Sparky. Guided by his spectral canine companion, Morris needs to convince a fellow ghost to take on the role of the island’s spirit to stop the eruption. 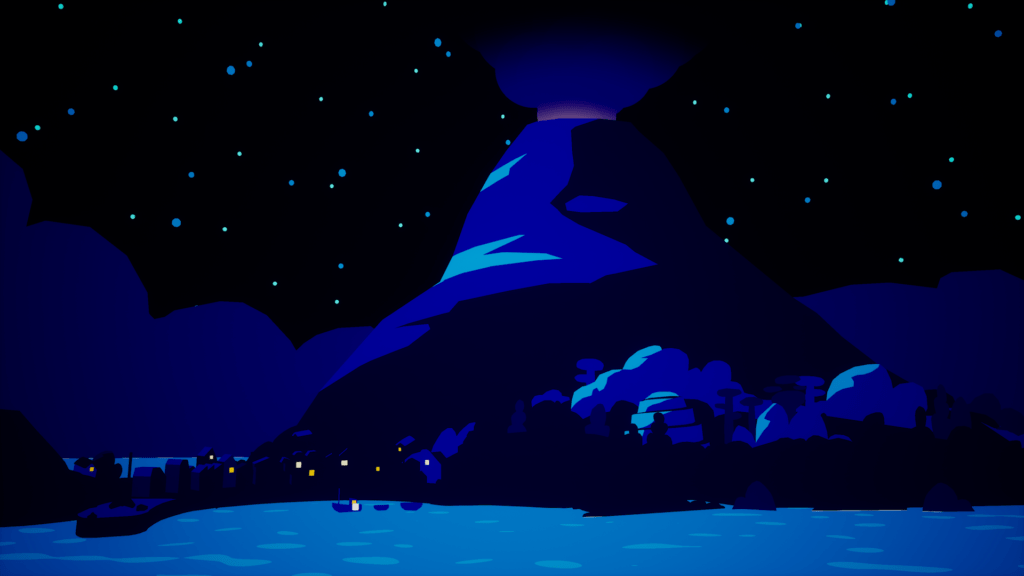 To do so Morris needs to learn what he can about the ghost that occupies each of the six levels by interacting with characters connected to their past. Each of the six levels are in unique locations and can be panned around, zoomed in and out of and feature a wealth of items and characters that can be interacted with. Unable to physically interact with the world however, Morris does so by ‘slicing’. Slicing allows Morris to hone in on an object with impeccable detail and even see inside them. Slicing can be done to objects but also aspects of the environment. For instance, a building or a tent can be sliced to see what or who resides inside and often this is where key characters or object interactions are. 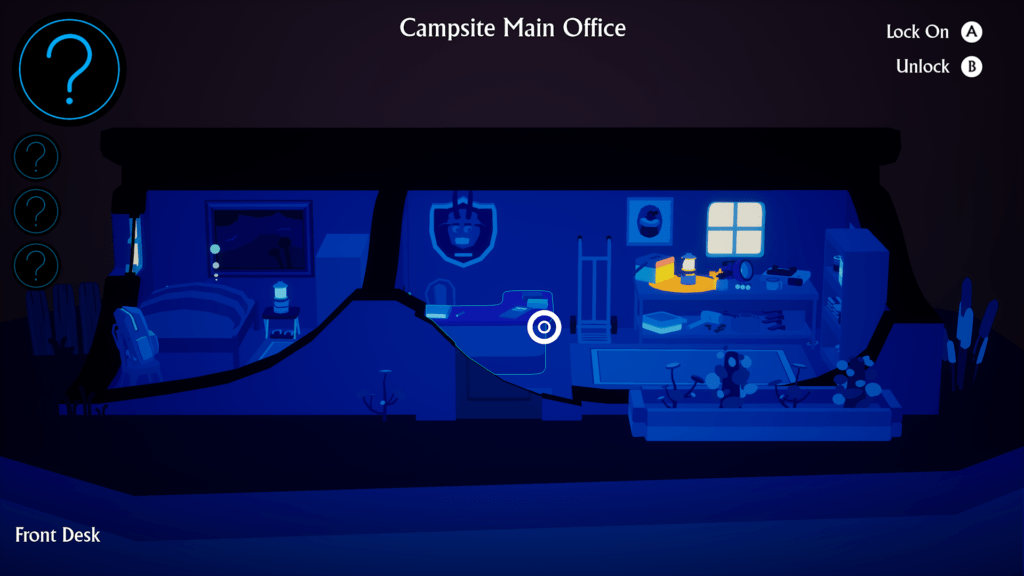 Each level has five memories and five mementos to discover. Interacting with specific characters will uncover the memory and the memento will be in that same area that corresponds with the memory in the form of an object that may be visible or might need sliced to find it hidden within something else.

Memories are text-based monologues that accompany images that are distorted and must be solved by rotating them with the triggers until reaching the sweet spot which can be felt by controller vibration. Aligning the image perfectly will complete that portion of the memory and unlock a new piece of dialogue before a new image must be aligned. This repeats a few times until the memory is complete. 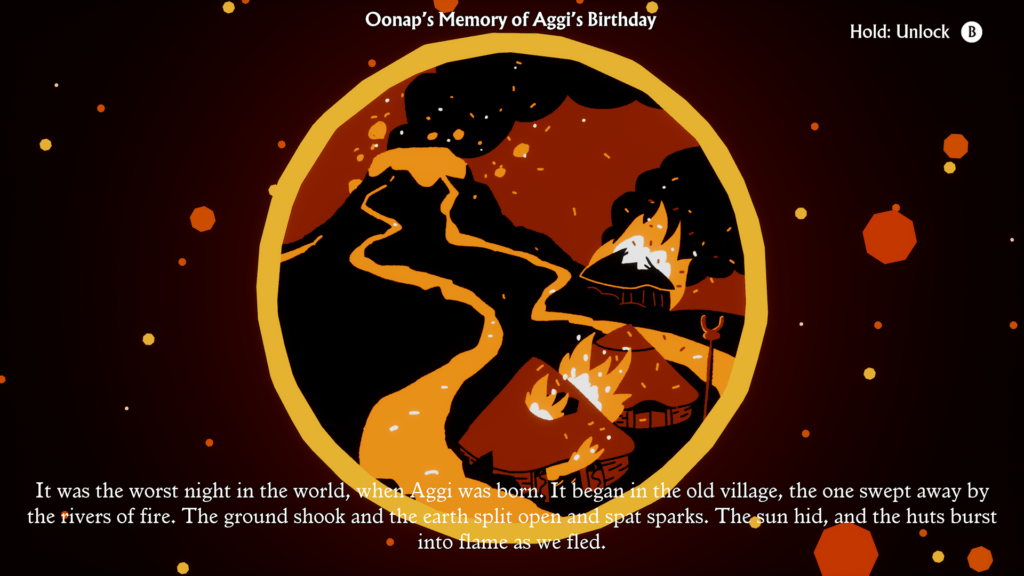 From here the nearby memento must be discovered which is visually identified in the top left of the screen after completing the memory. Simply searching in the immediate area, slicing objects of necessary to find and unlock it. 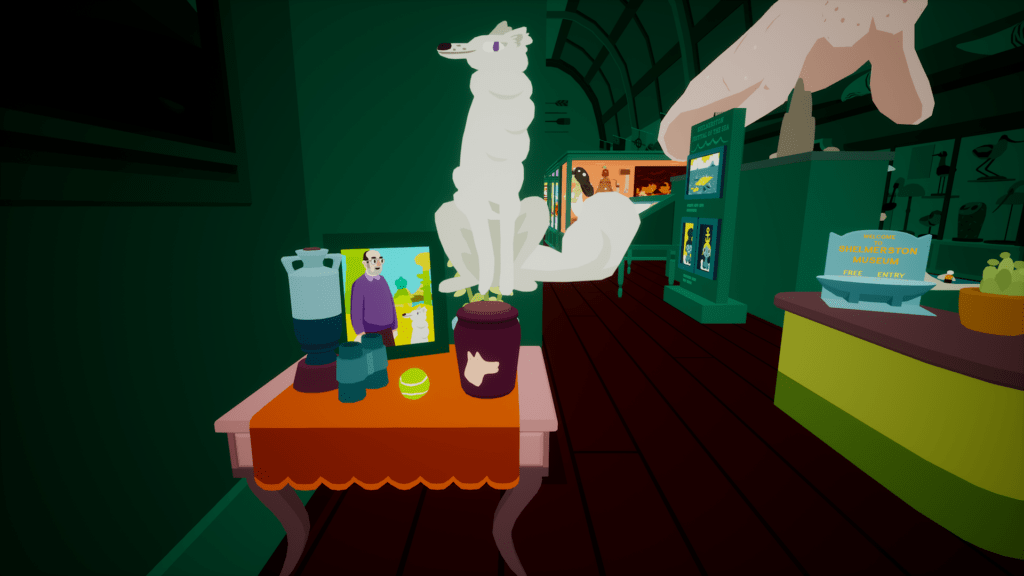 Only by completing all five memories and finding all five mementos is the level ready to be completed which, in line with the rest of the game, is quirky, unusual, and interesting. Morris can summon Sparky, who becomes controllable by the player, to float around the location and bark at grey spirit essence, turning yellow when collected and take them to the ghost to reanimate them and allow them to commune with Morris. 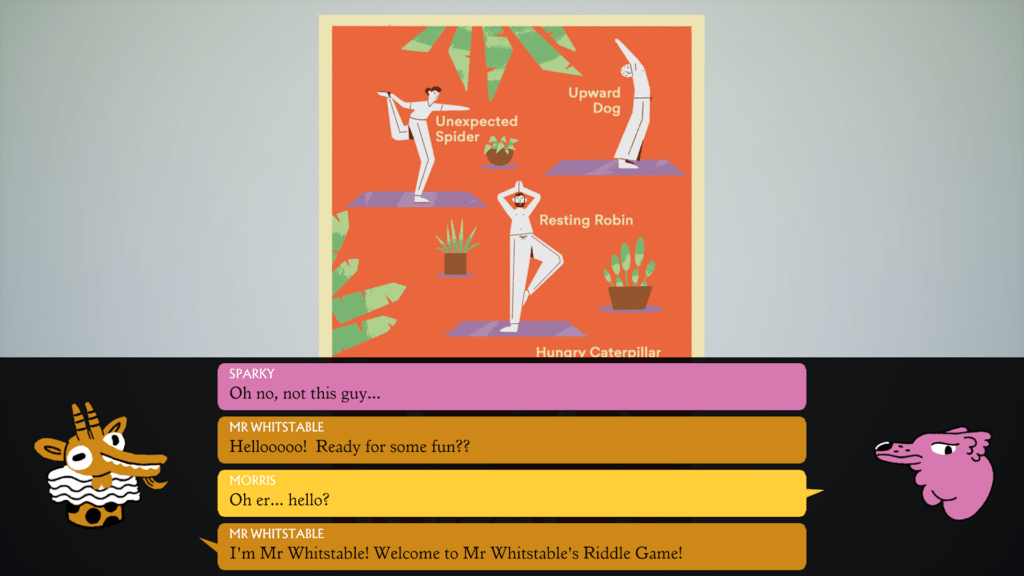 Aside from the primary objectives tied to memories and mementos, each level has a list of riddles that need to be completed. Somewhere on each level there is point that serves as the starting point where a riddle can be selected, an object that needs found is shown on screen and the player must race to its location as fast as possible to complete the challenge. 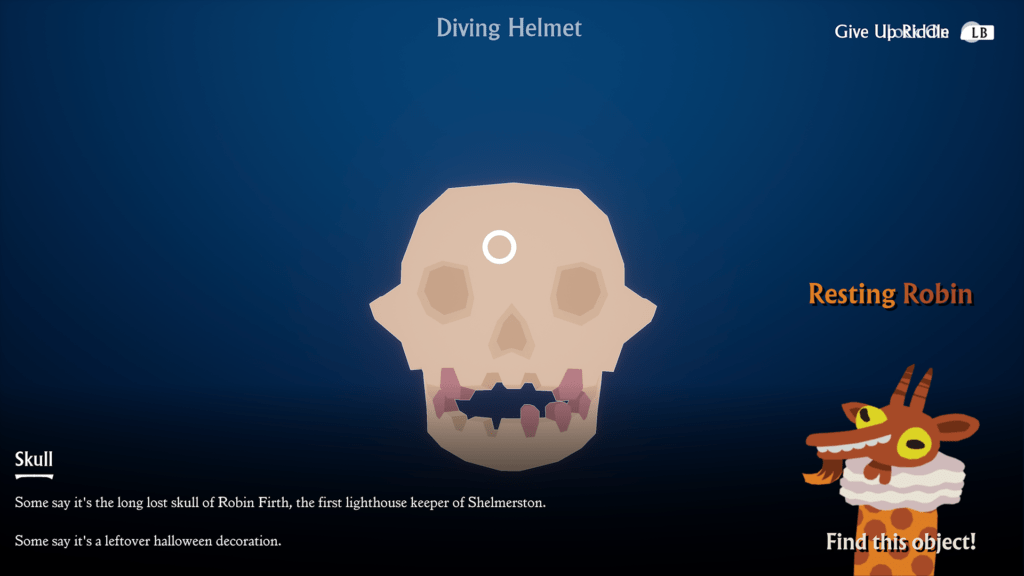 The other optional objective is to collect Grenkins, island spirits that are released when specific objects are found, sliced, and matched up to a pattern. Sparky notifies the player when these are nearby. These are completely optional and are a fun complimentary feature to flesh out the game a little more.

Stunning visual playgrounds that host the memory/memento treasure hunts of each level are so vibrant and lively, a fun contrast to the very dead yet playable Morris. Some of the animations are goofy in a fun way, particularly Sparky. For a title so static and focused on its imagery I am Dead manages to feel so animated. A relaxing score and charming sound design round out a rather soothing presentation that relieves the tension most puzzle-based titles tend to create. 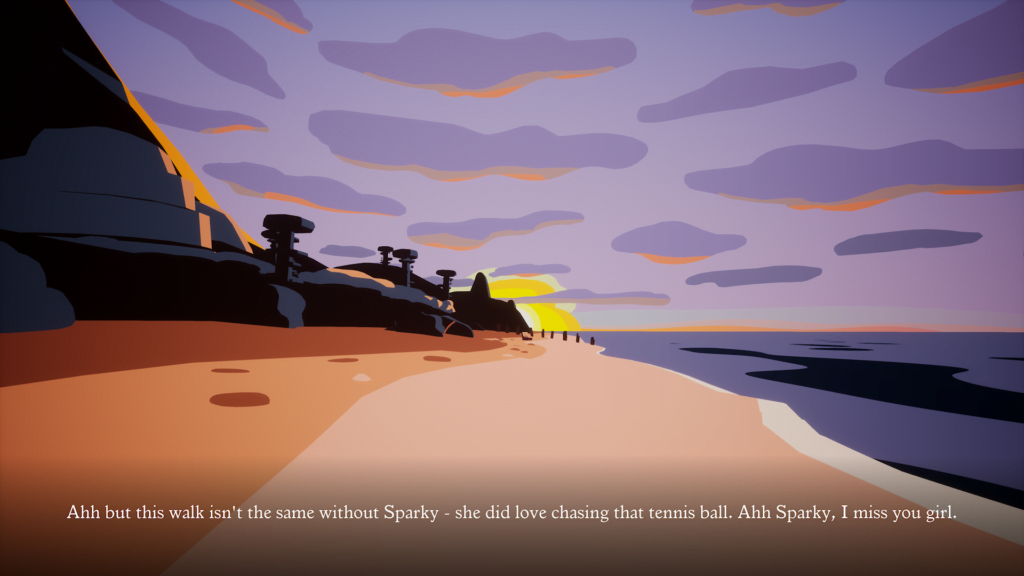 I am Dead tells an intriguing story, on an interesting island full of quirky characters. The message it conveys is effectively told through its presentation, fun puzzles. clever memories and mementos. Coming in at around an hour and a half to two hours for players familiar with puzzle titles I am Dead feels like an appropriate length while causal players won’t be too far behind as the puzzles are basic and only minimal trouble should be encountered looking for mementos when considering they are always immediately nearby.

– Voiced characters would add to their depth 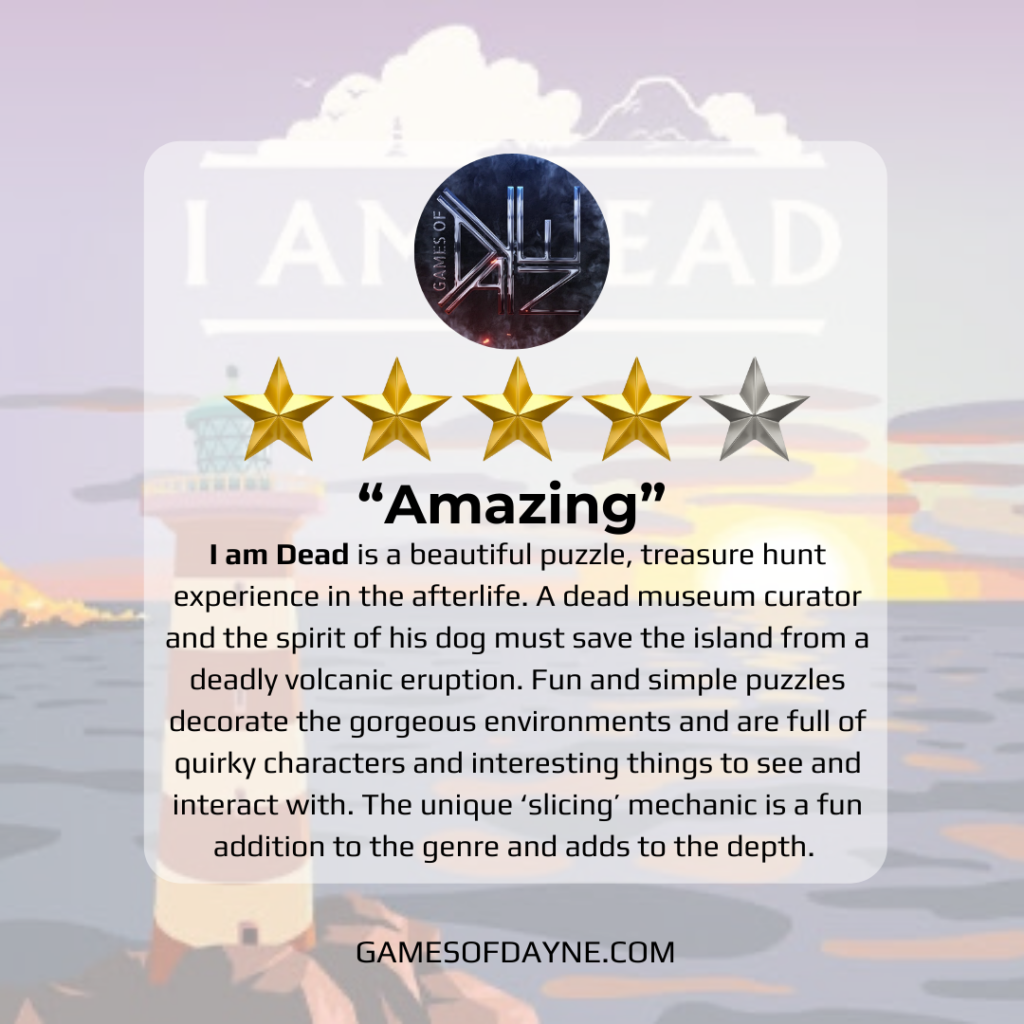