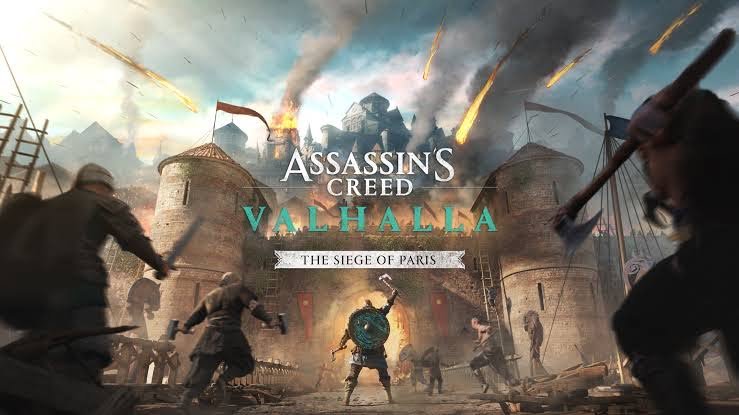 Originally planned as the final story expansion prior to the announcement of second year content for Assassin’s Creed: Valhalla, The Siege of Paris adds the French location and a few new ideas but essentially feels like more of the same.

Continuing the heavily political narrative themes of the base game and the previous expansion, Eivor is enlisted by a pair of foreigners to travel to their homeland and help bring down the Mad King, Charles the Fat.

It is impossible to ignore the visual similarities 9th century France has with the English territory that comprises the bulk of Valhalla’s experience. Lacking the same visual punch and unique qualities that Ireland presented in the previous expansion, Wrath of the Druids, Valhalla’s France looks like more of the same. Considering it plays essentially the same and provides a story that treads the same political waters, The Siege of Paris struggles to feel unique and like a meaningful addition to the ever-expanding experience.

My review of Assassin’s Creed: Valhalla can be found HERE. Having spent nearly eight hours tackling the story it was hard to feel satisfied in the sense it had essentially been told countless times throughout the core Valhalla experience. The format of wandering between new locations completing fetch quests, escorting characters and typical go here and kill this guy becomes all too familiar almost immediately. The implications of the teases Catholic Church infiltration and radicalisation by cultists was interesting but ultimately wound up being a mystery unsolved. At least with Wrath of the Druids the cultist sub-plot was interesting and fleshed out rather than teased and possibly abandoned though it can’t be ruled out this arc won’t be returned to with the newly announced second year of content.

My review of the Wrath of the Druids expansion for Assassin’s Creed: Valhalla can be found HERE. 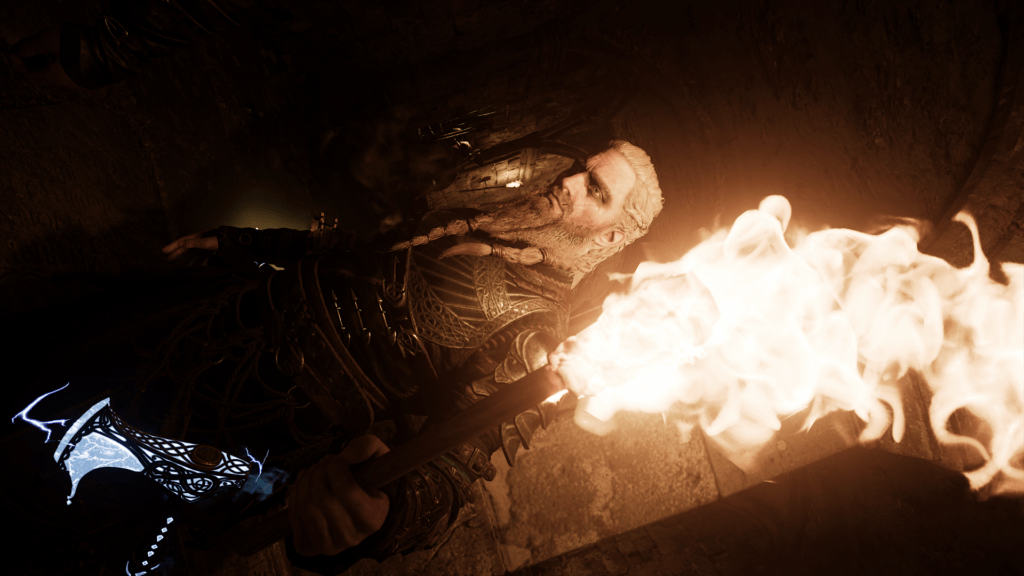 With combat all but perfected with Valhalla the addition of a new and deadly weapon is certainly welcome. The large, double-handed scythe makes for a fun toy to dismantle the opposing forces and has some satisfying animations and executions. Its ridiculous size becomes normal after a few combat encounters and the fact that it’s nearly twice the size of Eivor is certainly comical at first. 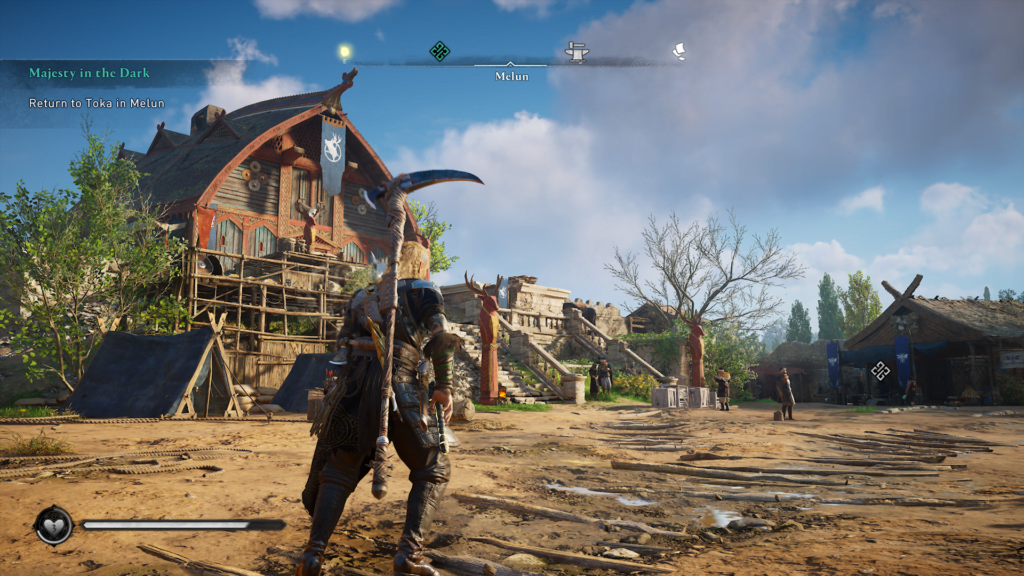 Adding to the weird and wonderful additions of the world of Assassin’s Creed, as has become standard for the franchise, and especially with Valhalla, a new and completely ridiculous mount is available. A bear. With horses, giant wolves, a lynx, a lion and now a bear to choose from, the wacky side of Assassin’s Creed makes the dull moments of constant back and forth more enjoyable while being able to ride these crazy mounts. 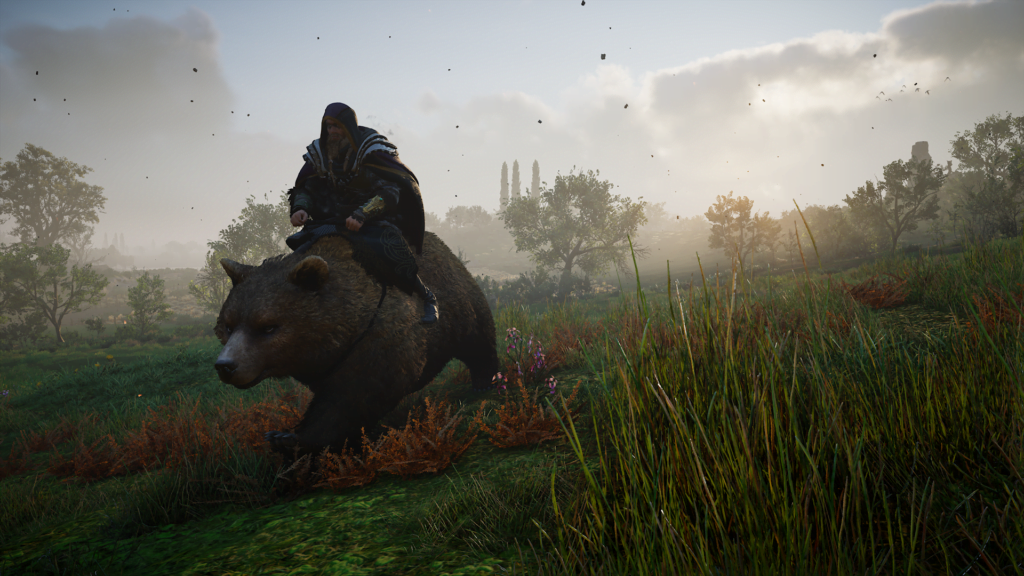 The singular most interesting concept introduced in The Siege of Paris is the rat swarms that accompany the plague. Dwelling primarily in the sewers or beneath buildings these swarms of rats will relentlessly attack and damage the player. They can’t be damaged or killed themselves, but they can be attacked and forced to retreat into grates in the ground. When the rats have retreated an object needs to be pulled over the top of it to prevent them re-emerging. There is always a conveniently placed object within the environment to be dragged to do so. An interesting idea fails to feel meaningfully executed due to their sporadic appearances, annoying pursuit of the player when they are encountered and monotonous means of repelling them. 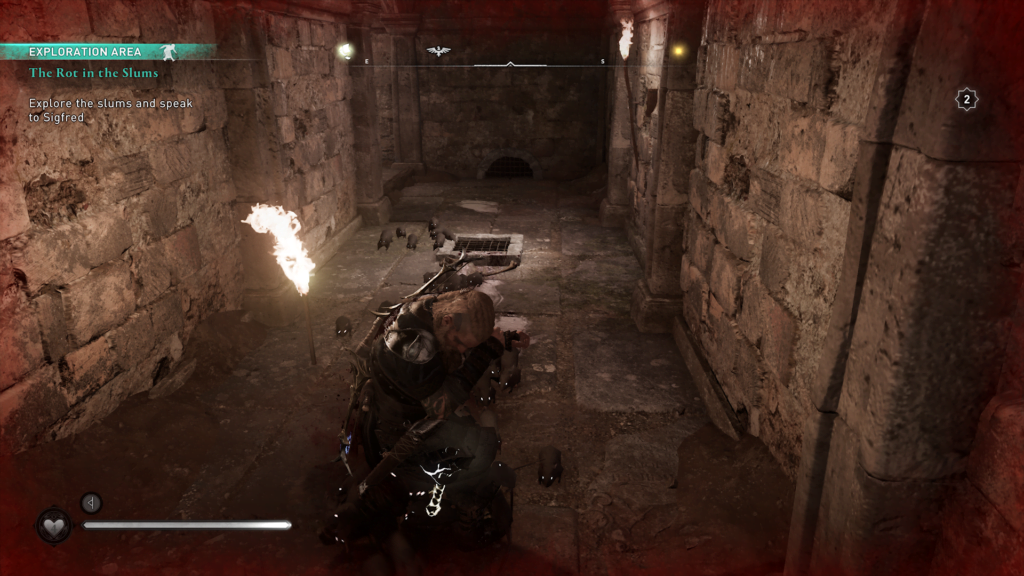 Perhaps one of the strongest deviations to the norm in The Siege of Paris are the Infiltration missions. Essentially repurposed from the Black Box missions in the also French-based Assassin’s Creed: Unity, these missions provided a handful of possible ways to reach the target or infiltrate their hideout and present unique ways to assassinate them cinematically rather than simply approaching them and driving a hidden blade through their throat.

These made Assassin’s Creed feel like Assassin’s Creed again since the gradual evolution to the state of the game today. It was a welcome addition and one that should definitely be revisited in the future of the franchise to satisfy the strategic assassin impulses that haven’t felt the same in nearly a decade. 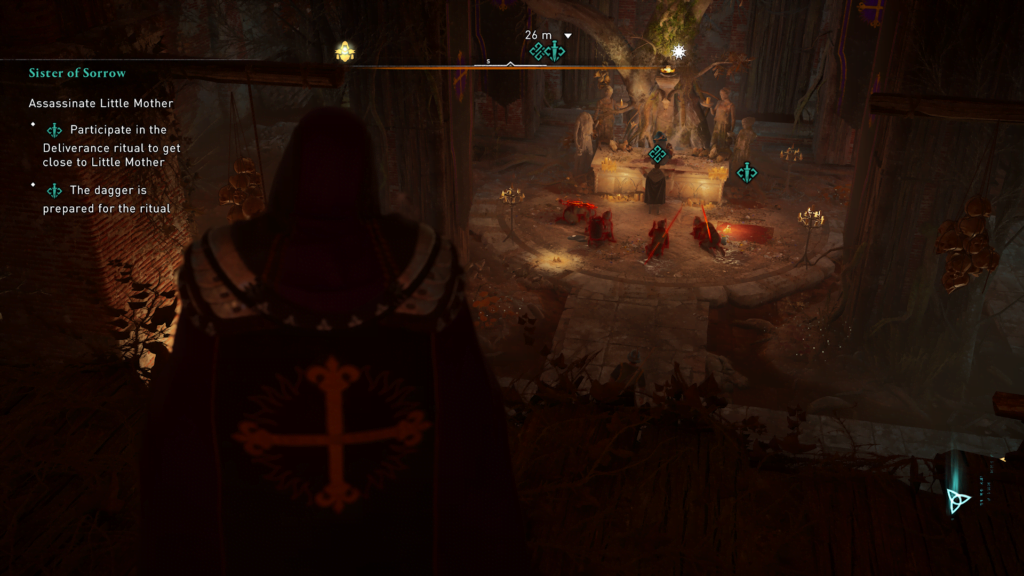 Visually impressive as always and while the locations look amazing, they don’t feel different enough to feel justified. Some solid voice work is provided for some of the new characters, King Charles the Fat in particular adds a layer to the tyrannical rule he imposes that is interesting to see brought to life. 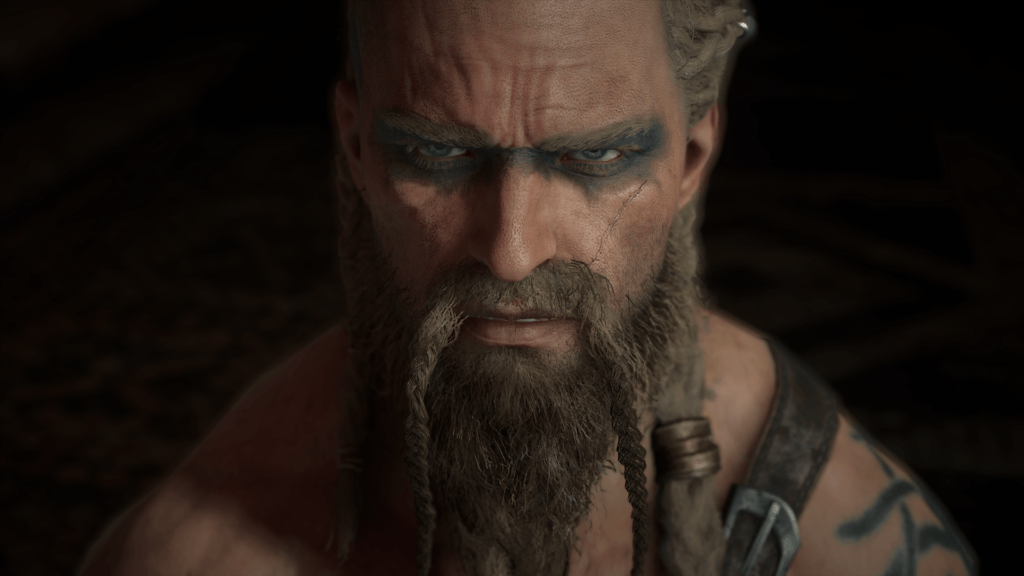 The Siege of Paris feels more like the same Valhalla experience we had at launch in contrast to the excellently diverse and different feel brought to players with Ireland in the Wrath of the Druids expansion. The prospect of more content to come to Valhalla is one that both excites me and has me concerned if it is just going to be more of the same across the board. Fans of the series and Valhalla will likely be happy with new content regardless but as one of those players myself, the novelty is beginning to wear off. 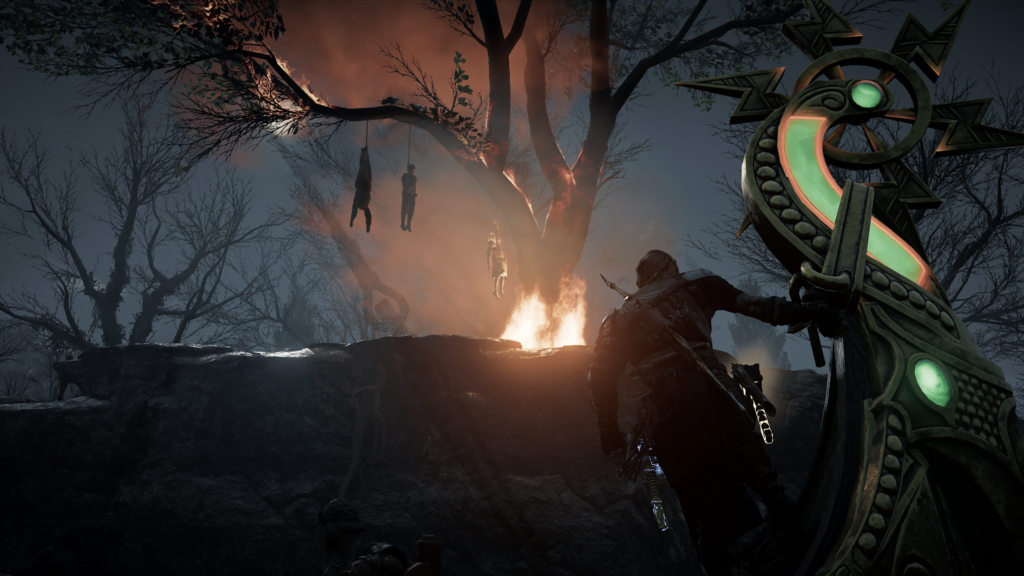 + Infiltration missions are a welcome addition

+ Scythe and bear mount are fun

– More of the same overall 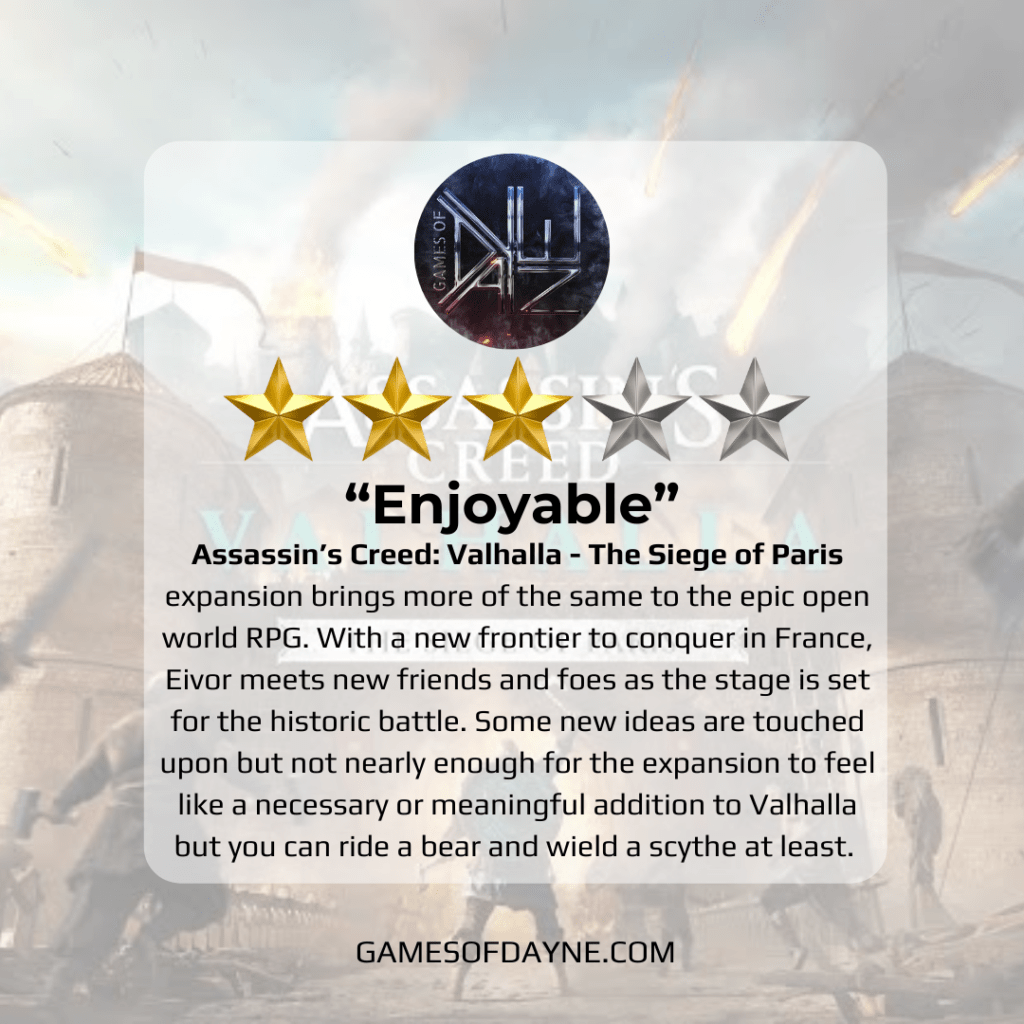