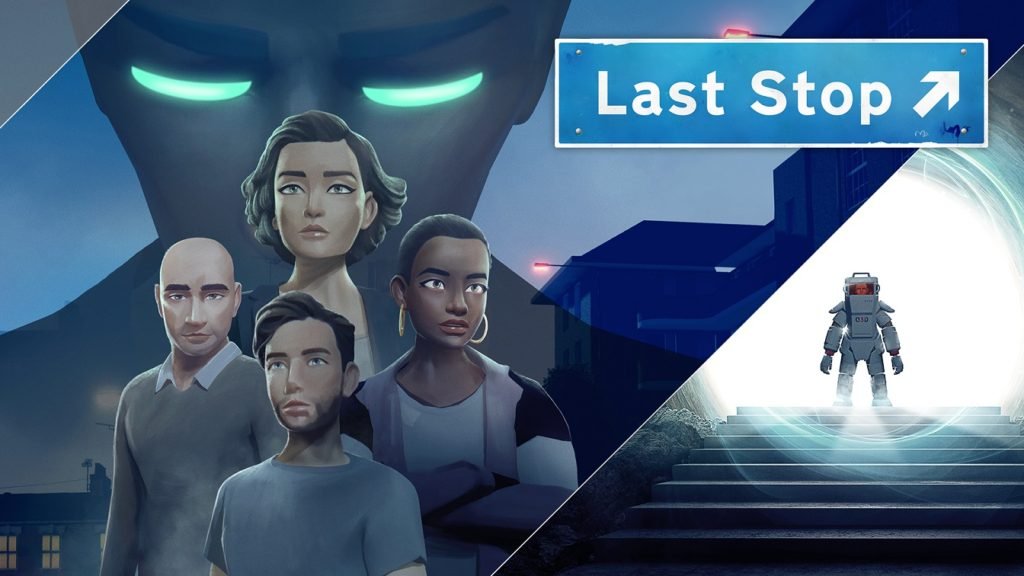 Last Stop is a unique supernatural adventure from the playable perspective of three protagonists. Each character has their own story that spans seven chapters that gradually sees their lives overlap and interconnect, even though they don’t know it.

A charming art design, playful score and assortment of themes come together for a surprisingly good experience that doesn’t quite wrap things up as well as it sets them up.

The seven chapter story takes around five hours to play through and, with the exception of the last chapter, has a sub-chapter for each of the three characters. What immediately establishes Last Stop as a unique narrative is that each character’s story feels completely different thematically. The following is a brief breakdown of the three storylines and the characters they relate to; “Paper Dolls” focuses on John as the playable character, a middle-aged solo parent to eight year old daughter Molly. John’s story unfolds as he and Jack, a neighbour half his age, find themselves switched into each other’s bodies. Not only do they have to learn to like each other they must learn to live as each other and raise Molly. John’s story is funny, the most heart-warming and overall entertaining. 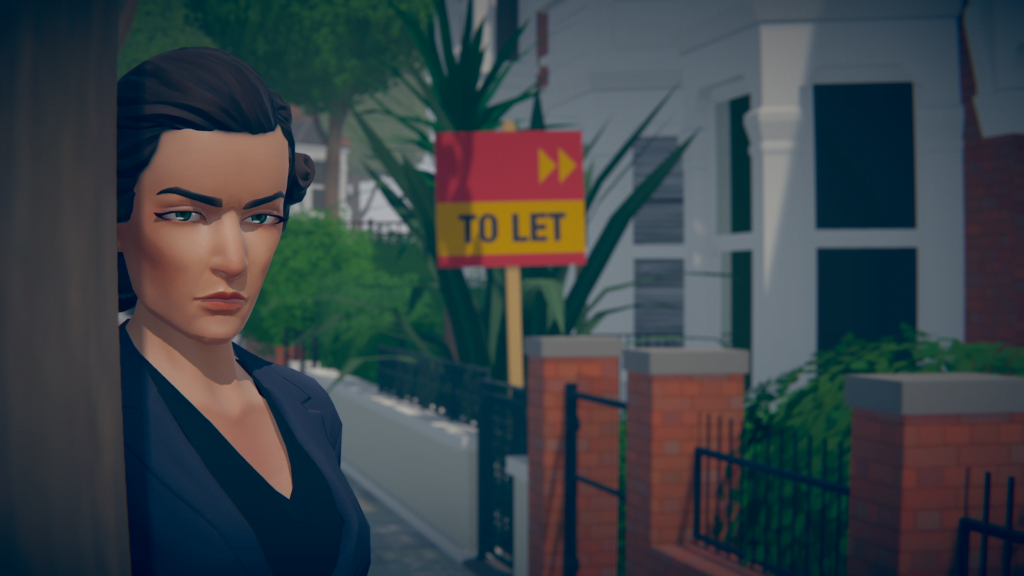 “Domestic Affairs” stars Meena, a government agent embroiled in tension-laden situations at work and in her home life with her husband and son. Meena’s story is dramatic, serious and mysterious. 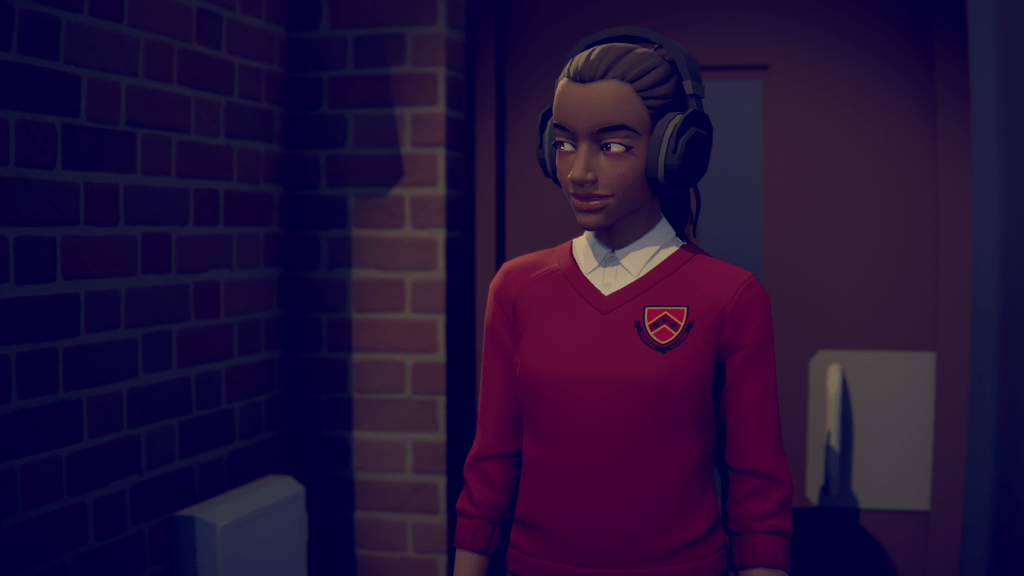 “Stranger Danger” features teenage Donna and her friends kidnapping a man and finding themselves in the middle of something seriously strange. This story arc features the least interesting cast of characters outside of the mysterious ‘handsome man’ but easily contains the most interesting in regards to the supernatural elements. There is an uneven flow to the interweaving character arcs each chapter. While all three character’s stories must be played in order to progress, they can be played in any order. The contrasting themes of each arc limits the pacing overall while each have their own pros and cons as far as their individual progression. 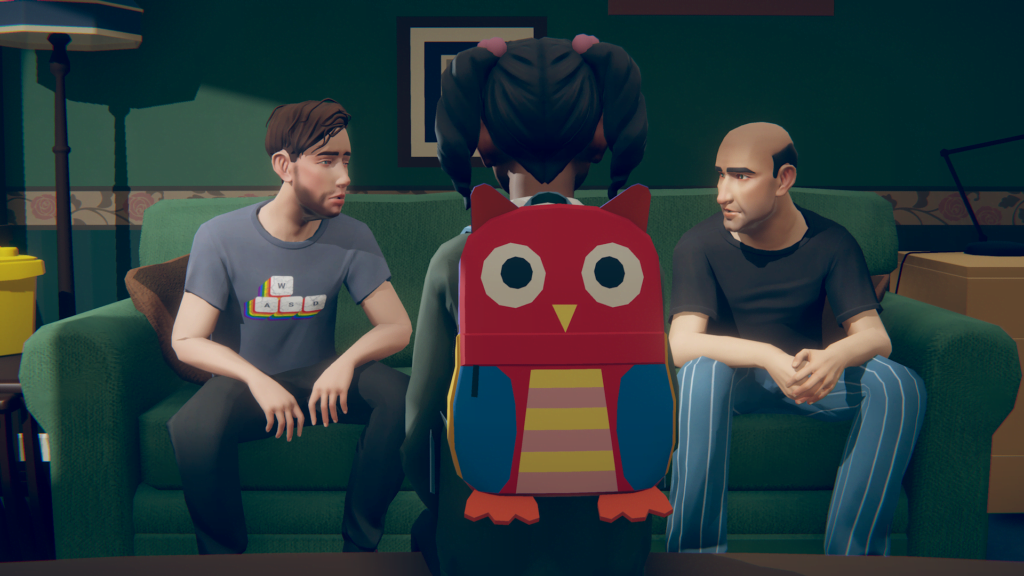 John’s is light and constantly manages to draw a smile while remaining interesting. The serious nature of Meena’s feels the most out of place though it’s Donna’s that fails to be engaging on any level with the singular exception of the mysterious ‘handsome man’, who he is and what he wants. Donna, her friends and family fail to feel interesting at every turn which is a genuine shame considering the supernatural intrigue more prevalent in her arc than the others. 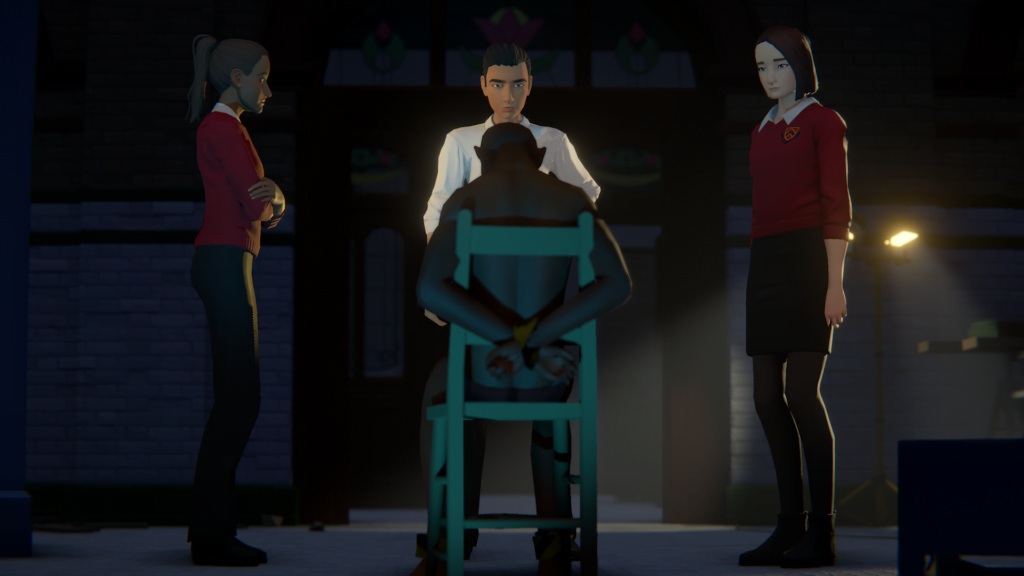 By making Last Stop an episodic-type affair, including a previous episode recap for each character, the constant cliff-hangers work effectively in making you want more. As the story approaches its end in the build-up to the final chapter, Last Stop takes a potentially wrong turn as the character driven story we had become accustomed to takes a backseat to a narrative direction that comes from nowhere. 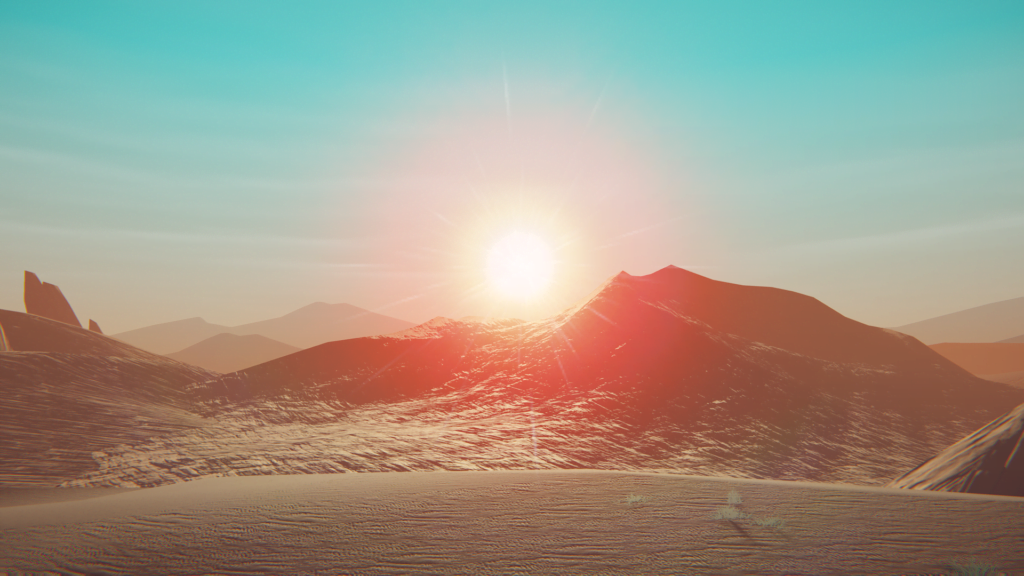 The supernatural aspects of Last Stop are cleverly yet subtly interwoven into the story for six chapters before switching lanes to an admittedly interesting but unnecessary destination that undermines the character-driven story that preceded it. The ideas explored in the final chapter aren’t unwelcome but rather they’re just a little unexpected and would have worked a little better if this conclusion was built towards in a more gradual manner. It almost feels like two different games because of this one chapter, and while each are interesting in their own right the finale just feels out of place. 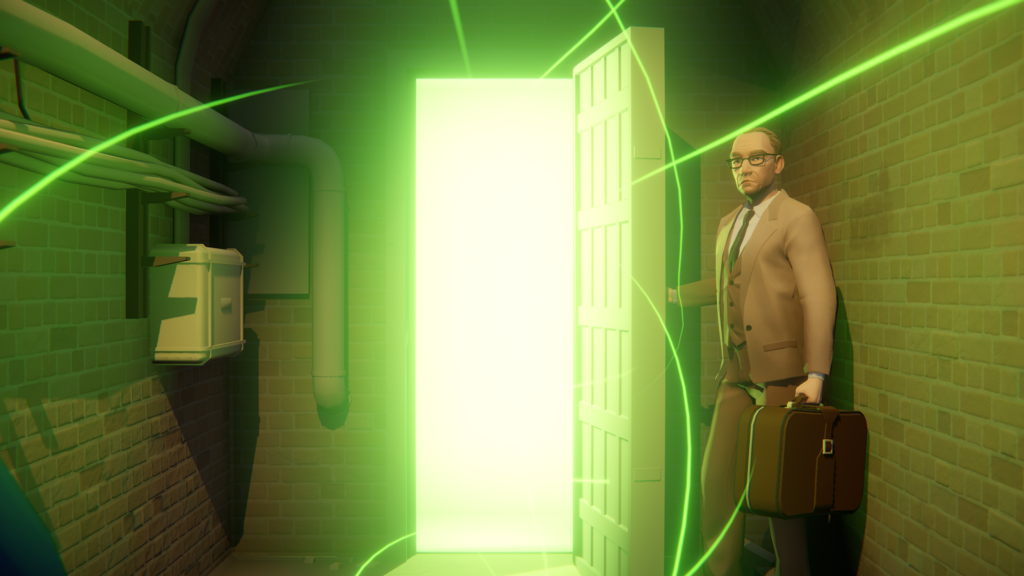 Played from the third person perspective Last Stop is essentially walking around, making dialogue choices and some basic interactions, activities and puzzles to solve. Fun mini-games such as throwing, repairing broken plates and bowls and investigating a house made for some cool gameplay moments.

The camera unfortunately is an absolute nightmare. Scene changes, particularly where the player goes from walking towards the screen to another direction, can cause some issues. Transitions from gameplay and cinematics and vise versa are also problematic in that it is not always clear when one has ended and the other has begun. For instance, a cinematic of characters walking suddenly changes to gameplay and you just stop. A minor inconvenience but a very regularly occurring one. 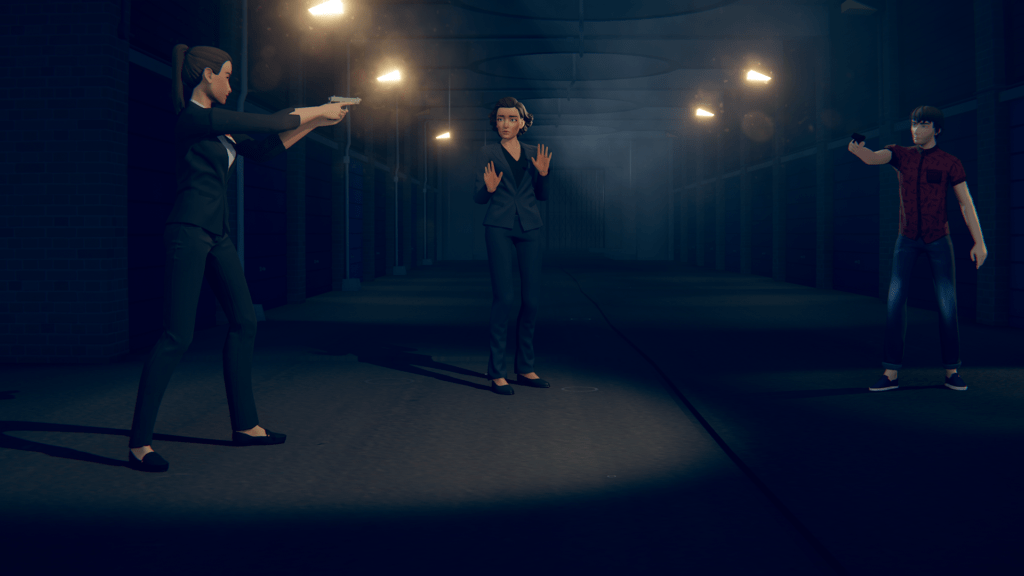 The score is cleverly tailored to each character’s story and reflects the tones and themes relevant to them. John’s is often light and upbeat, Meena’s is melodramatic and tense while Donna’s is often eerie. It is handled very well and makes each story feel unique and individual. A playfully soft art direction is reminiscent of later Telltale Games titles, it feels adventurous and charming. 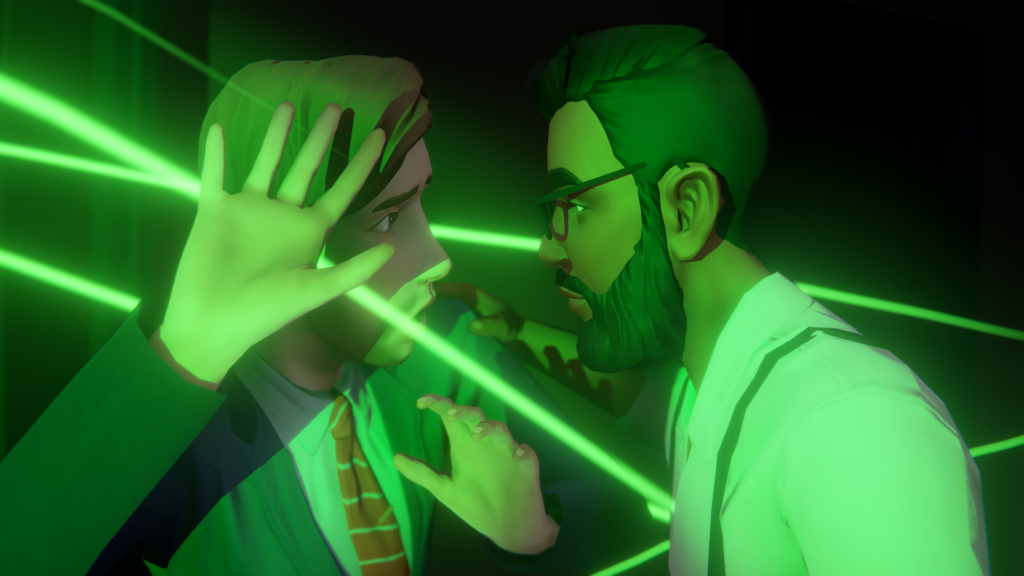 Last Stop is great experience and one that clocks in just under five hours. This feels like the perfect length and each character feels as though they have enough time to shine in each of their arcs. While the ending takes away from the emotional narrative that was established it does still bring each character to a satisfying ending, with each character presented with one of two choices at the end that simply changes the ending montage. Last Stop is worth the time.

– Final chapter undermines emotional build-up and feels out of place

– Cinematic-gameplay transition and vise versa is not clear 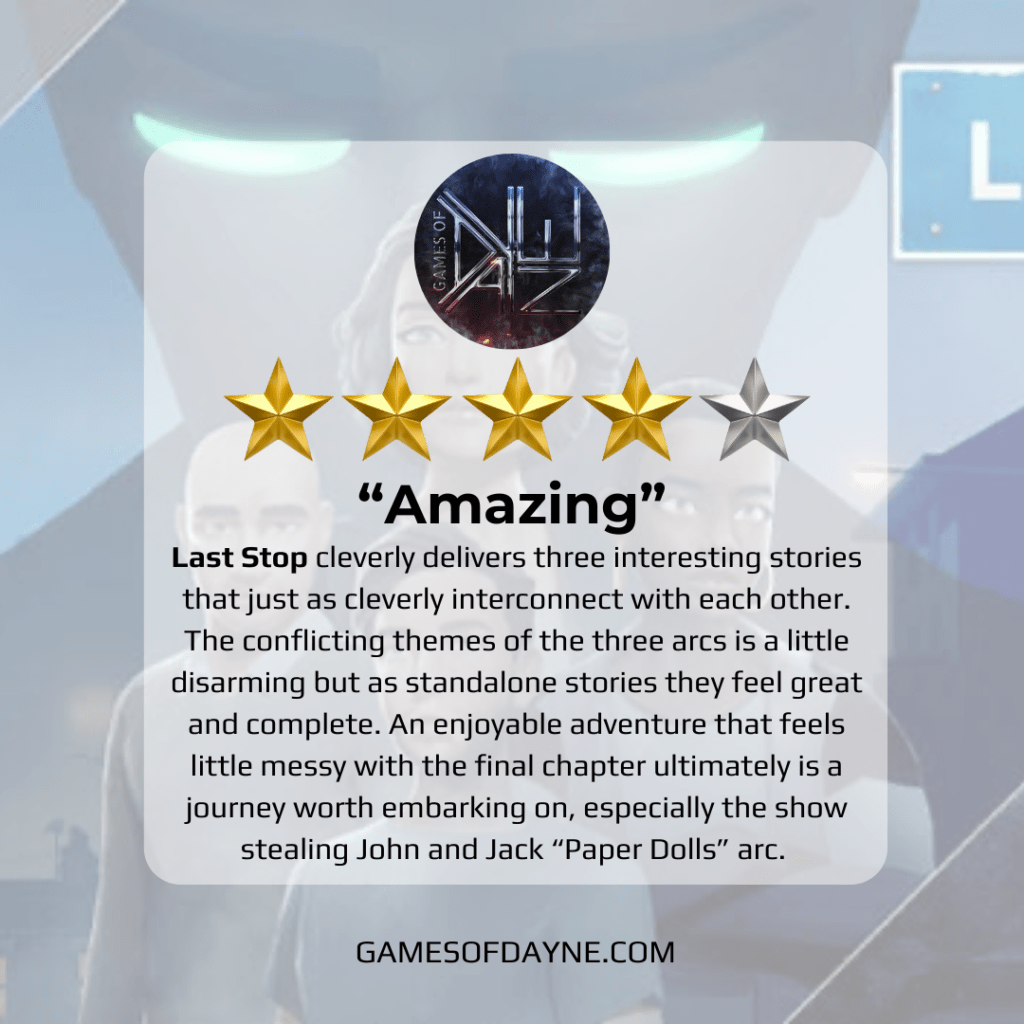