Restless Night is an authentically retro horde slaying experience that genuinely feels like it would be right at home on an arcade machine. Hordes of zombies, bats, mutants and other monstrosities relentlessly pursue the player in a wave-based frenzy until the floor is clear. With plenty of power-ups and pick-ups to keep the chaos manageable, Restless Night is some old-school dumb fun that will forever hold a special place in my heart but we’ll get to that.

At its core, Restless Night is pretty straightforward. Survive. Each level throws an increasingly aggressive number of waves at the player, with each wave requiring certain amounts of enemies to be slaughtered and X amount of waves to be defeated in order to complete the level. New enemies are introduced at a steady pace but most can be defeated with only a few shots. 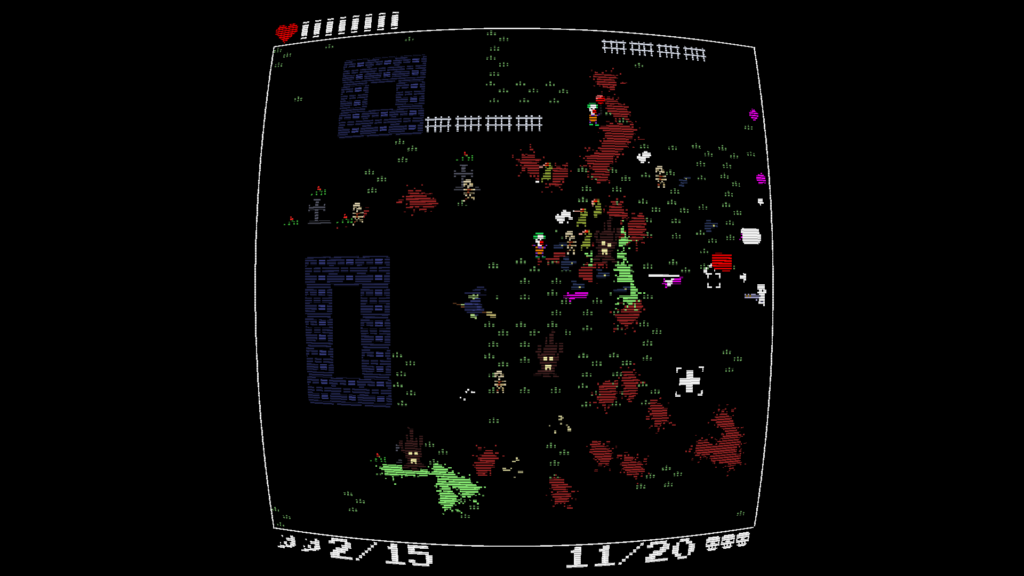 There are a variety of power-ups that spawn for a brief period of time that can make things a lot easier. Armed with a pistol by default there are shotguns, assault rifles and laser rifles that can be picked up which bring faster and greater spreading firepower to the fight. As well as new weapons there are bombs that will kill all enemies on screen, health pick-ups, speed boosts and shields. Staying still is not recommended, rather it is encouraged to keep mobile at all times, running across the battlefield to collect power-ups and constantly shooting. As there is no ammo count or reloading required you can shoot endlessly, fitting considering the enemies often feel as though they will never end. Maximising the power-ups available, constantly moving and endlessly shooting is the combination to success. 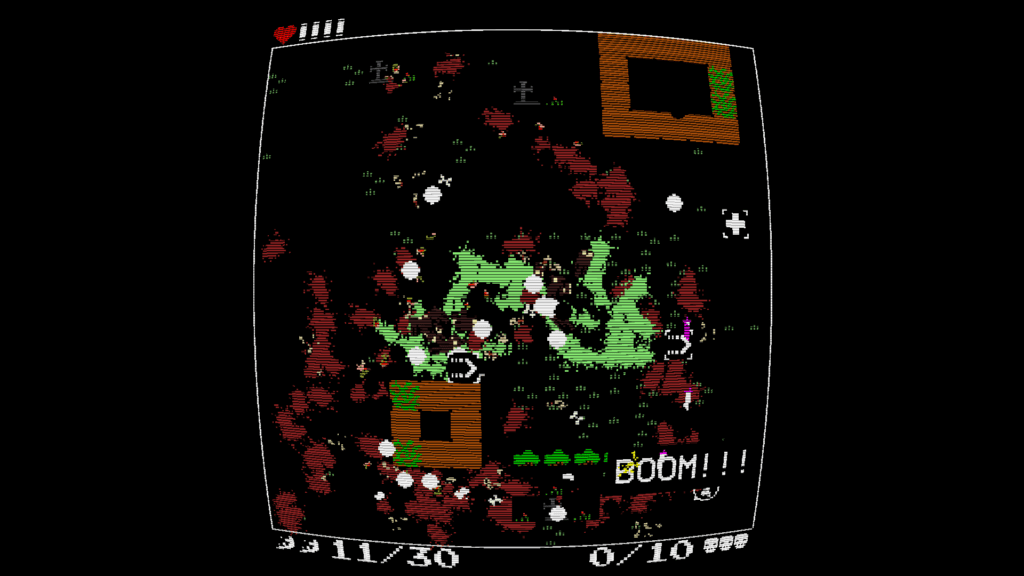 Every few levels bosses appear and take an enormous amount of damage, all while spawning in minions to further add to the pressure. These battles are fun and the added tension keeps you on alert. Much like the normal enemies these are essentially a case of keep running and don’t stop shooting until everything is dead. 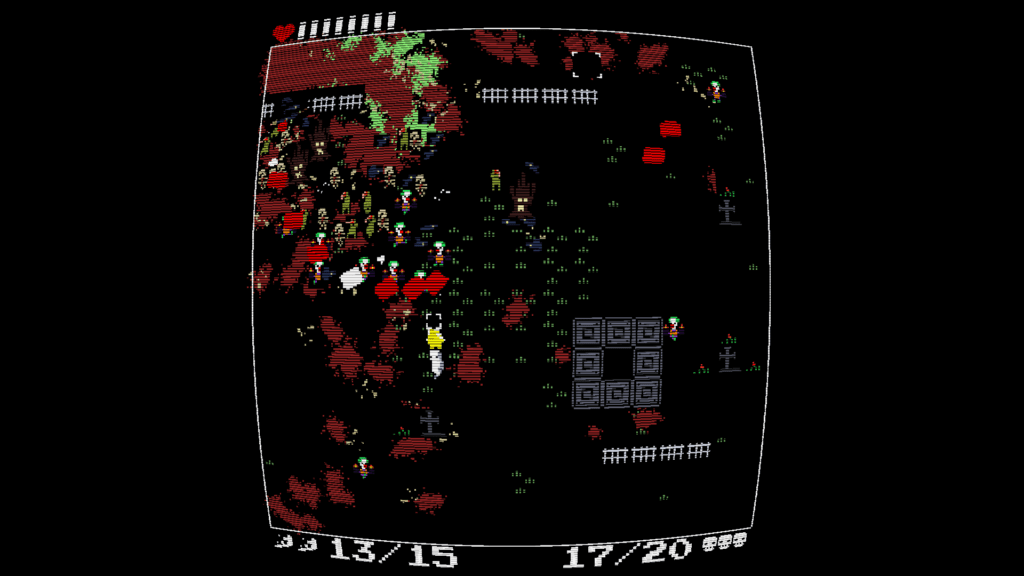 Outside of the standard mode there is an Arena mode which tasks players for surviving as long as possible in a never-ending series of waves that I suspect can’t possibly be won. This is a really fun challenge that gets incredibly hectic fast and fails to show any signs of slowing down.

As an Xbox title Restless Night contains Achievements. Over on Twitter the publisher ChiliDog Interactive ran a competition ahead of release and randomly selected 50 players to name the game’s 50 Achievements after. I was very excited to learn that I would be receiving an Achievement named after me. 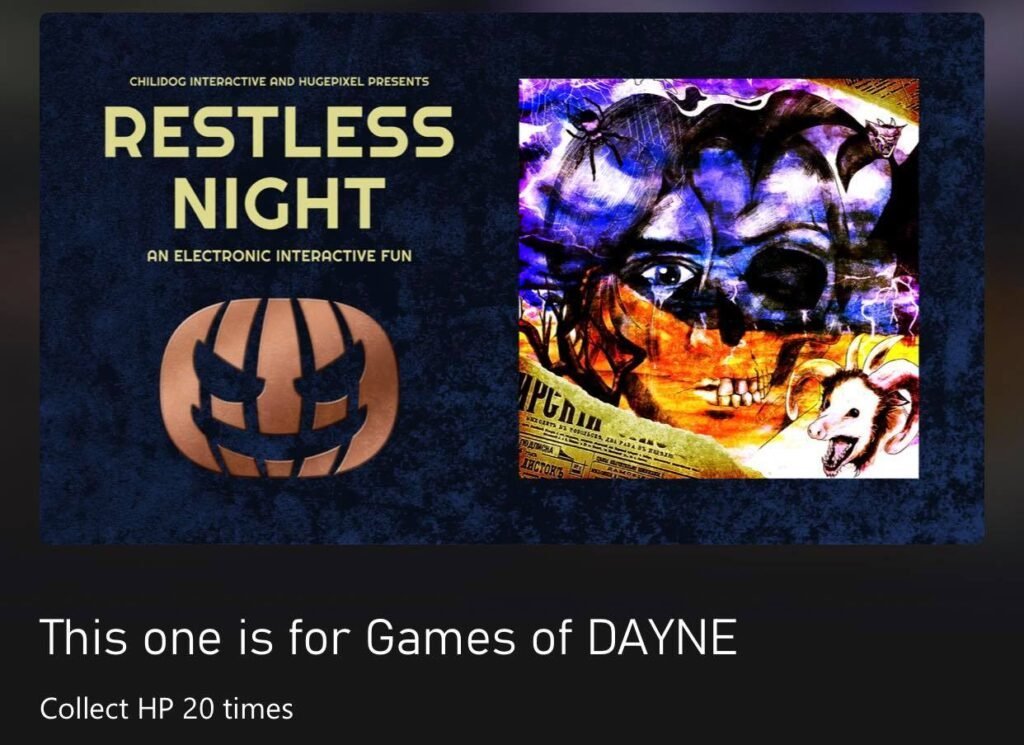 “This one is for Games of DAYNE” for collecting 20 health pick-ups has immortalised my name on Xbox and I am so incredibly grateful for this awesome gesture from the publisher towards the Achievement hunting community. These Achievement names also appear on PlayStation for their equivalent Trophy system. There was no greater satisfaction than unlocking my own Achievement to hit my one million Gamerscore milestone on Xbox. 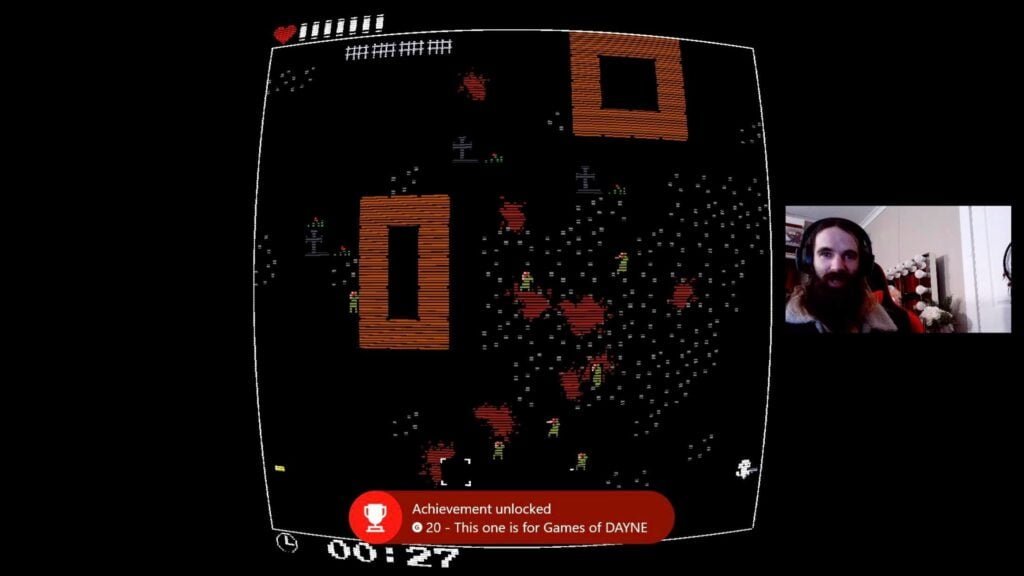 Restless Night isn’t a particularly deep experience but it’s certainly an enjoyably addictive one that brings a nostalgic flavour to it with its retro audio-visual design. The Arena mode in particular is fun to see how long you can survive the relentless waves of enemies with rapidly increasing chaos.

– Co-op or versus modes would add to replayability