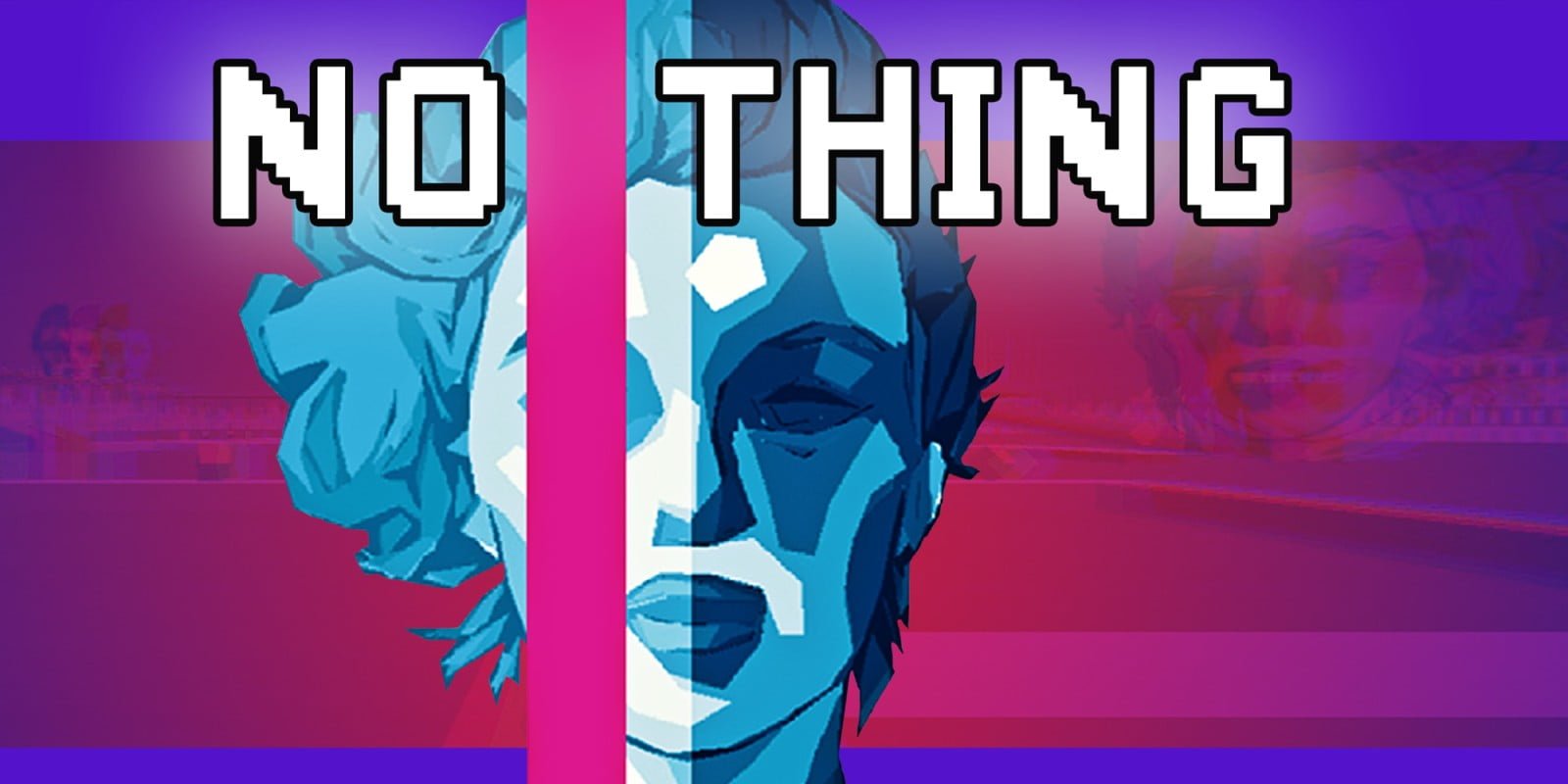 “NO THING is a minimalistic surreal action game set in the totalitarian regime of the future. Tells the story of an office clerk who is sent with an important message to the Queen of Ice.” That’s the official description for NO THING.

This auto-running first-person experience is certainly unique. Rife with visual glitches and distortion – important to state that this is by design, NO THING is weird and unusual. With gameplay limited to pressing left or right to change direction that doesn’t mean that it’s easy. Tight timing is critical to progress and failure results in the level having to be restarted. There really is nothing quite like NO THING.

The objective in NO THING is simple. Navigate the winding maze of each level without falling off. Simple right? Slight bumps in the path launch you in to the air at corners as your speed increases, parts of the path that don’t appear until the very last second, fast and frequent turns… you get the idea. If you fall off the path, you die, and have to start the level over. 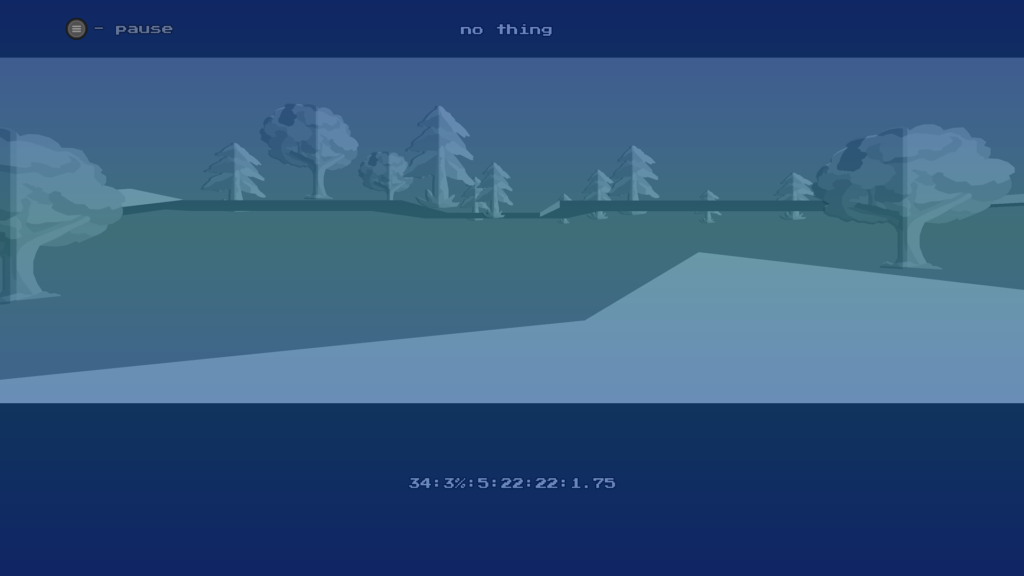 What makes this a little easier to swallow is that you’ll have the foresight to prepare for some parts that caught you off guard the first time. Trial-and-error definitely works in the player’s favour in NO THING, despite the frustration that accompanies it in the later longer levels. Some paths are very slim later in the game, as narrow as a plank, and this type of challenge is even harder at speed. 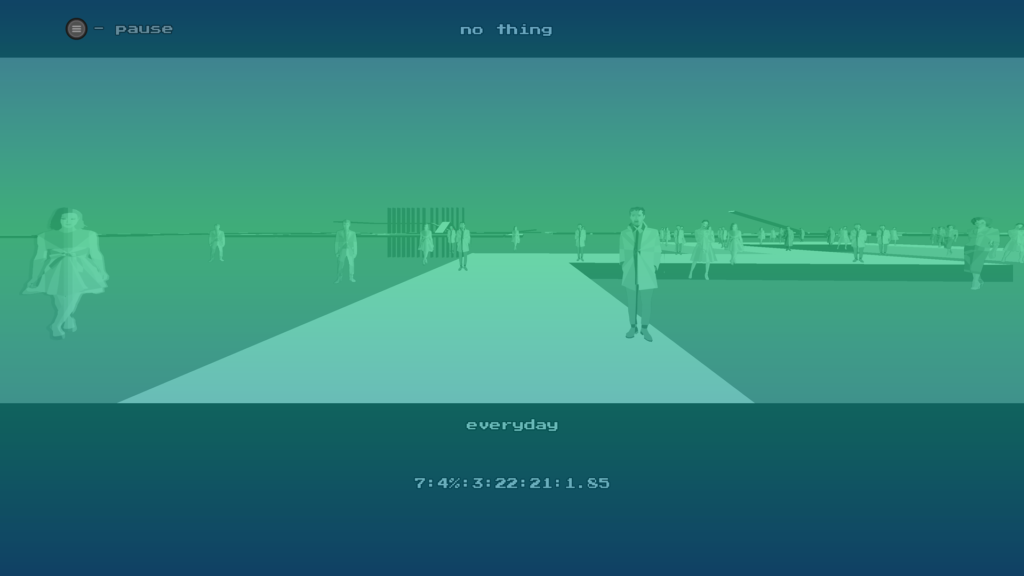 Challenging gameplay isn’t the only thing thrown at the player. Every fifth turn the colour of the screen changes, accompanied by glitching animations, and this can easily distract players. Coupled with the 2D images that represent the theme of the level, this creates a 3D-like effect that can also distract. With the psychadelic visuals and chaotic direction changes, NO THING throws a lot at the player despite having the simplistic concept of being an auto-maze runner with unusual and robotic narration that’s trying to tell a message that is difficult to interpret. 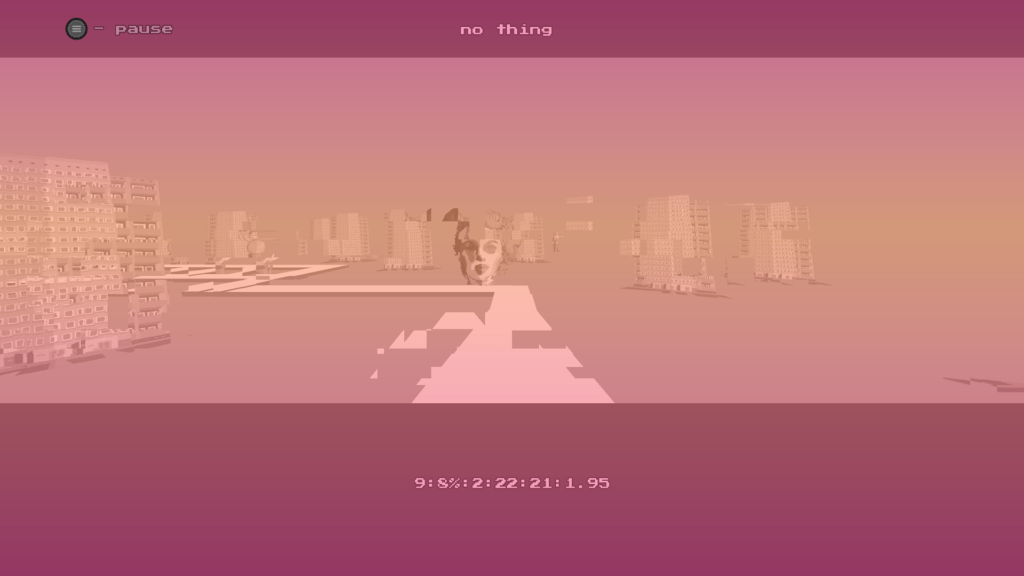 I wondered whether the message of this game was lost on me, whether there was something I just didn’t quite understand, but maybe that’s the point. Maybe we’re not supposed to actually understand it. The quirky visuals and robotic one-line-at-a-time dialogue tell a story of perhaps nothing is as it seems. I could be missing the whole point of this eleven level experience but perhaps the fact I’m even questioning the deeper meaning behind it is all that is expected of me. It’s an interesting experience regardless and the difficulty of a simple two-button game is surprisingly ever-present. 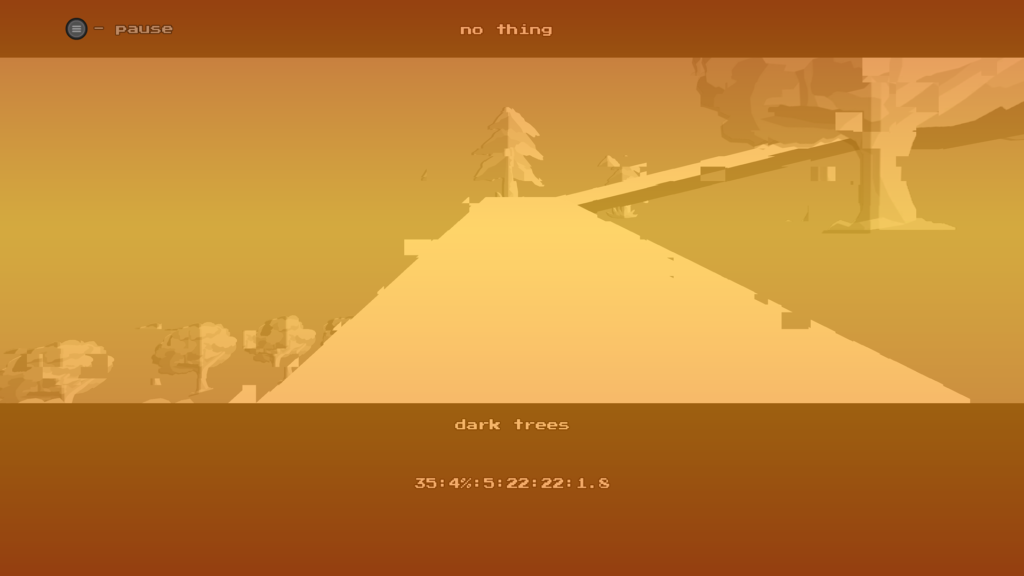 Trippy visuals, dialogue that doesn’t quite make sense and an unstoppable forward trajectory laced with tight and unexpected turns that spell failure and repetition over a single mistake make for a unique experience. I might not understand the message, maybe just having my questions means this game has had the effect it’s supposed to. NO THING is different. It may not have replay value, a coherent plot or complex gameplay that requires more than a single finger to play but it has a quirky charm to its minimalistic gameplay and psychedelic presentation that is oddly satisfying. The fact that it costs less than a dollar per finger on your hand it’s worth checking out if for no reason other than to wonder what it’s all about. 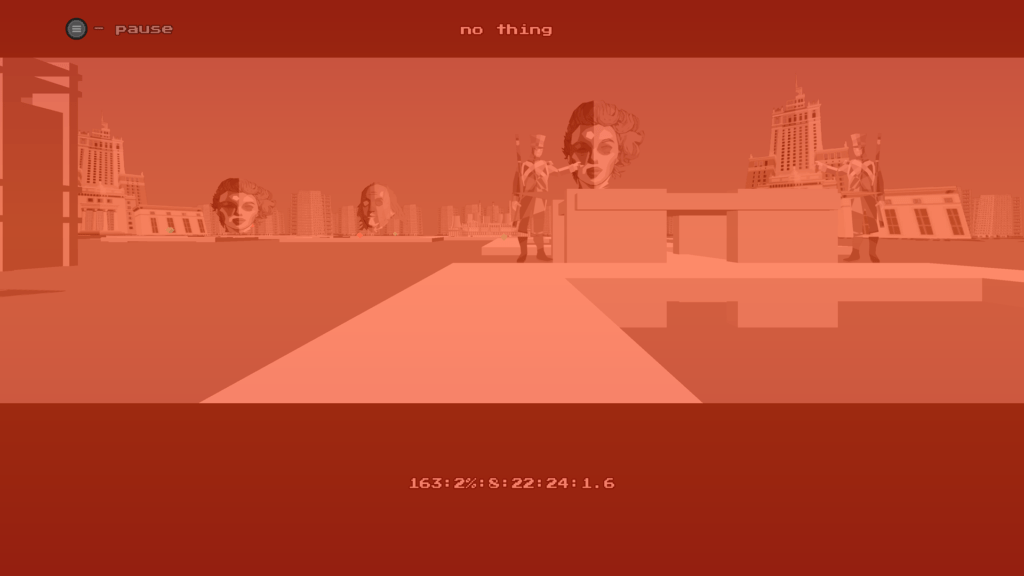 + It’s weird in an intriguing way

– I have no idea what it’s actually about

– Screen colour change can distract and cause failure 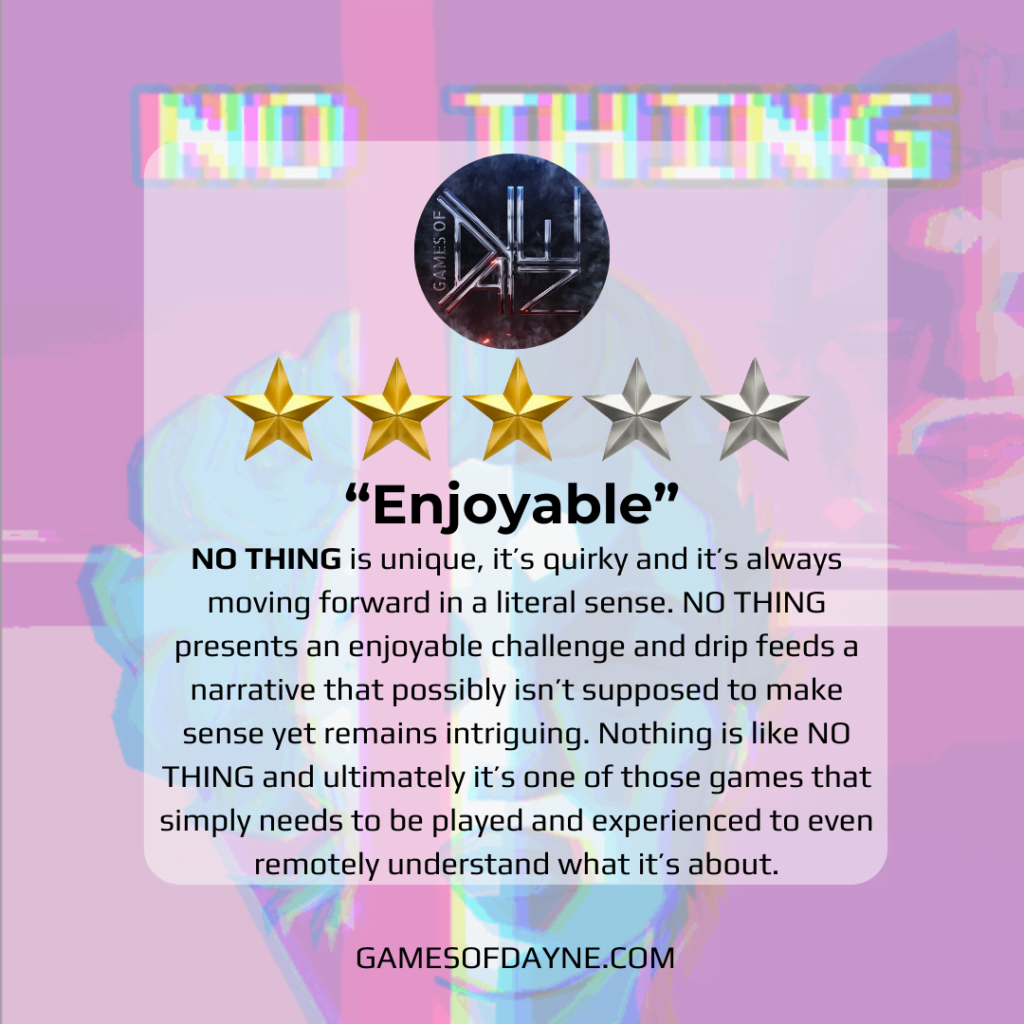 The Last Kids on Earth and the Staff of Doom Review