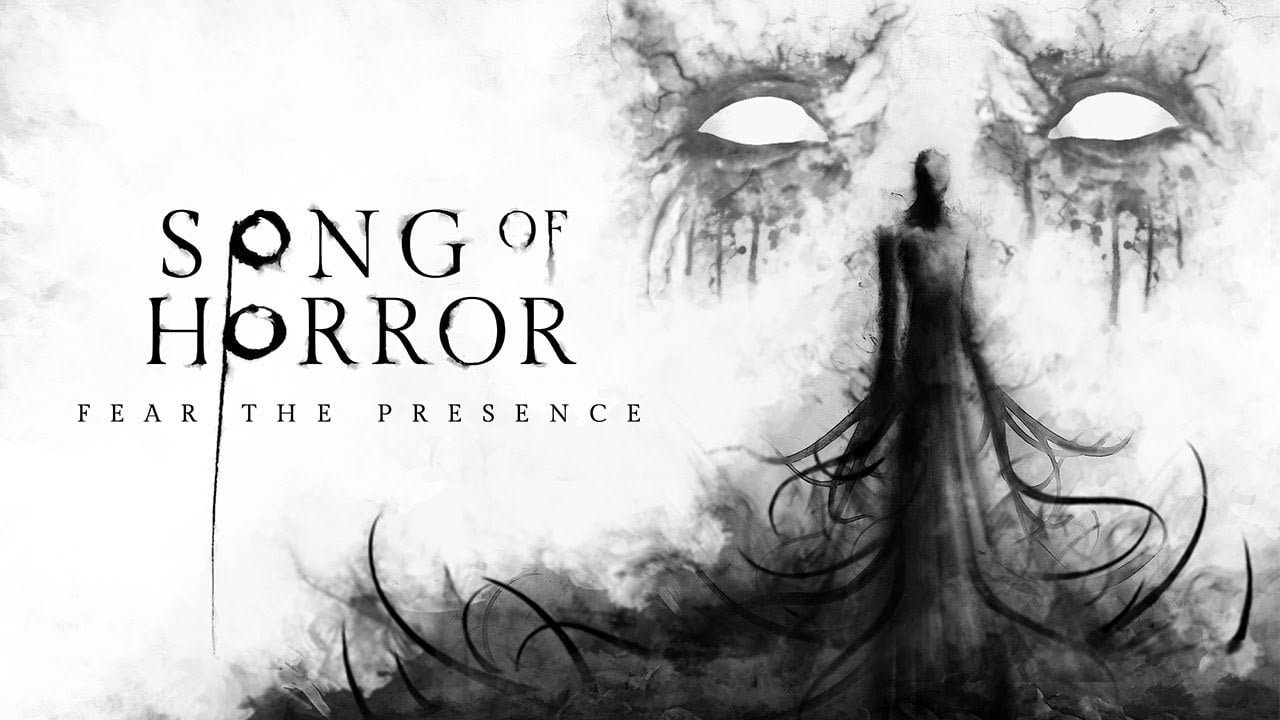 Inspired by iconic franchises that immortalised the genre such as Silent Hill and Resident Evil, Song of Horror borrows heavily from the 90’s iterations of the aforementioned titles to create its own interesting and disturbing world of darkness and horror.

By adopting a unique twist on the formula we’ve come to expect from the survival horror genre, Song of Horror makes its mark with a perma-death mechanic. With more than ten playable characters that support the main protagonist Daniel, if playing on a difficulty with perma-death enabled, the death of a character in any one of the five episodes will be the end of their involvement for the remainder of the story. This additional tension compliments the already atmospheric world and provides just one more reason to fear the Presence.

Song of Horror wastes little name thrusting main character Daniel into this world of darkness and a mysterious dark entity known as the Presence. Famous writer Sebastian Husher and his family have gone missing and Daniel is sent to the family manor to investigate. Lured into the basement by a mysterious melody, Daniel disappears. 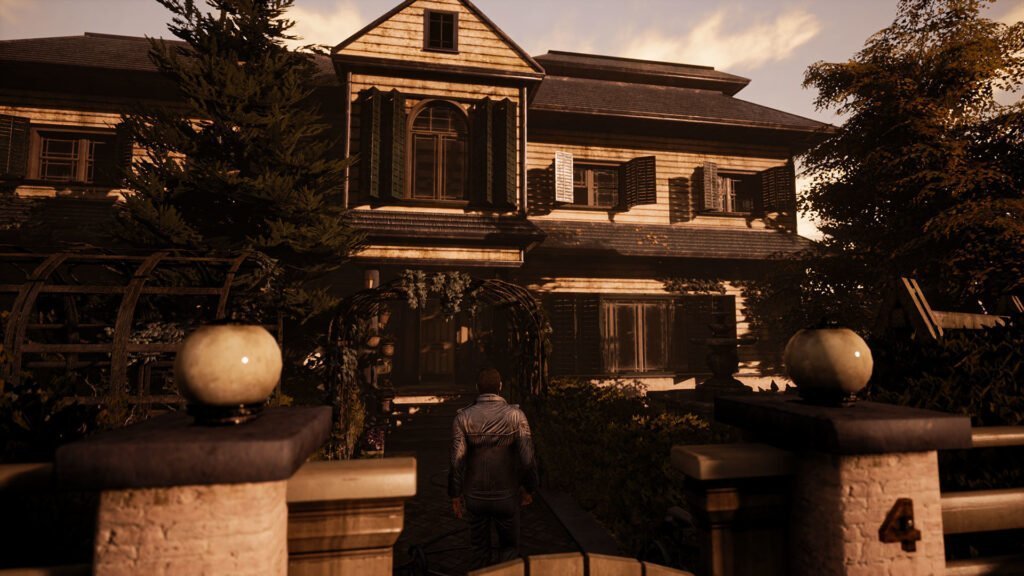 With the premise of the Husher family disappearance and now Daniel established, Song of Horror’s episodic experience slowly draws new characters into the mansion with players able to choose from four at a time, with new characters being introduced in later episodes and surviving characters remaining in play. With the looming threat of permanent-death at the sinister hands of the Presence, Song of Horror maintains solid paced tension throughout its five episodes, with each taking approximately three hours to finish. 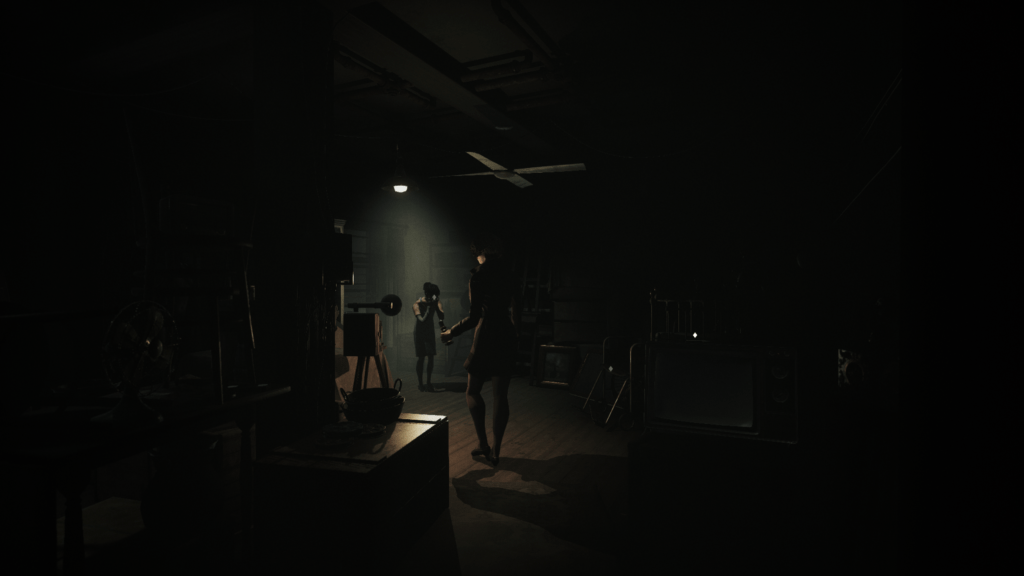 The intrigue grows with each episode and it manages to deliver plenty of backstory for the cast of supporting characters, providing interest in the main plot without sacrificing the character depth of the large playable cast. Documentation and audio recordings littered throughout the environment provide additional context and contribute to the overall interesting world-building within Song of Horror.

Adopting the third person fixed camera angles made famous by Silent Hill and Resident Evil, Song of Horror looks, feels and plays like these titles, for better or worse. While the experience will feel familiar for fans of the genre, at least on a surface level, there are more than enough new and exciting ideas and mechanics to surprise even the most veteran genre players. 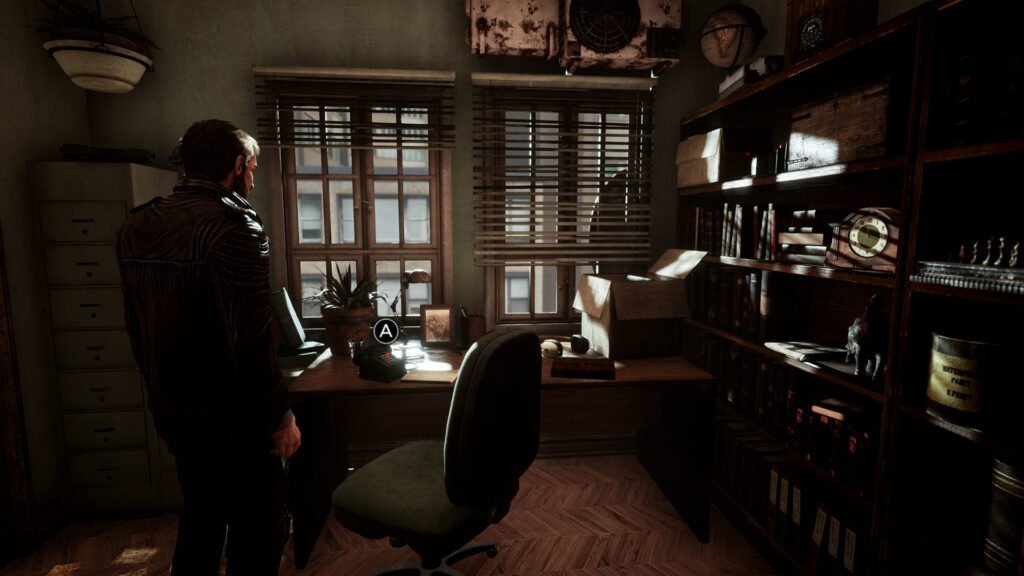 Exploring each location in search of clues and key items to solve the various puzzles comprises the core gameplay experience. The puzzles are clever and well executed, ranging from the likes of simply using items on things, combining items to create keys and interacting with things in a particular order for instance. In some cases clues to the puzzles can be found nearby but most felt relatively straight-forward if exploration is thorough, taking a quick glance at the inventory often more than enough to figure out what needs to be done or used. 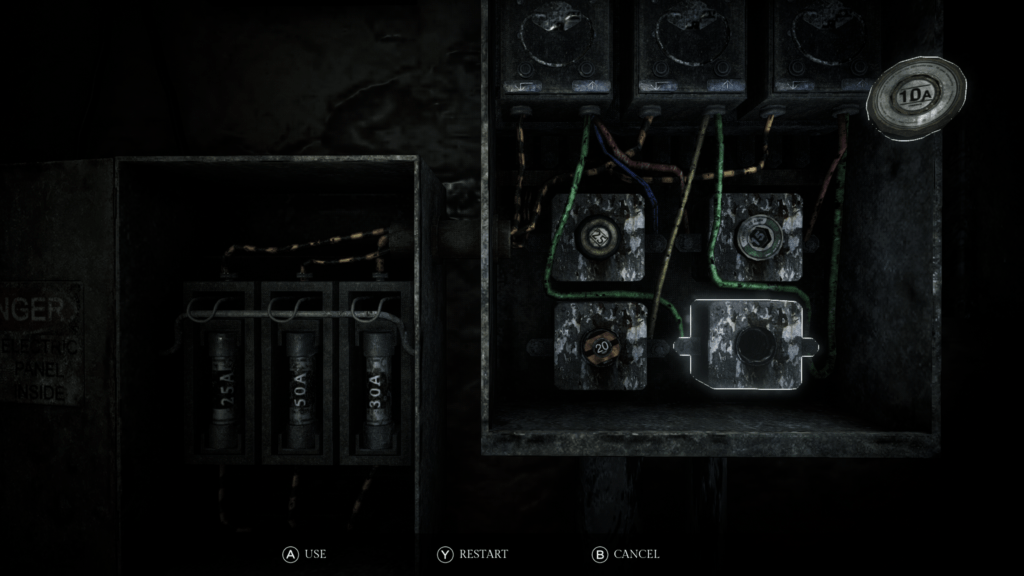 Depending on which character has been chosen, each is equipped with either a candle or a torch, a light source that never runs out to illuminate the dark areas during exploration. This, and seemingly meaningless stat attribute boosts such as strength or stealth, are essentially all that differentiate the playable characters on a gameplay level. Some have side objectives associated with them that can only be played out with those particular characters. 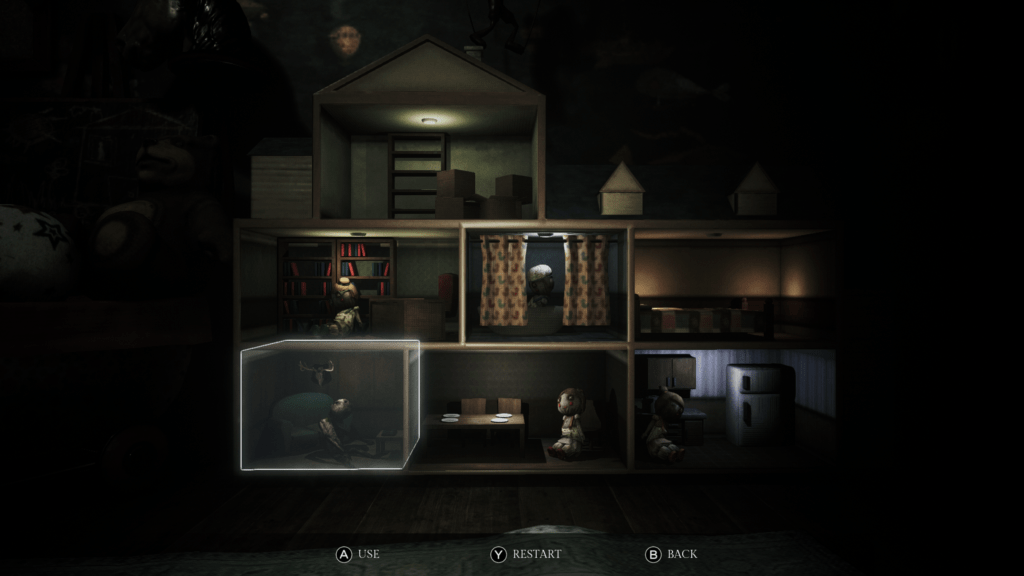 In Song of Horror, death does not come from combat. There are no enemies as such, just the randomised threat of the Presence, a shadowy dark entity that will appear out of nowhere and require the player to initiate one of a few QTE based mini-games in order to escape with their life. For example, the player may need to find somewhere to hide and play a breath-holding mini-game to avoid detection and an insta-kill, or doors will all of a sudden become surrounded by darkness with creepy noises coming from the other side. 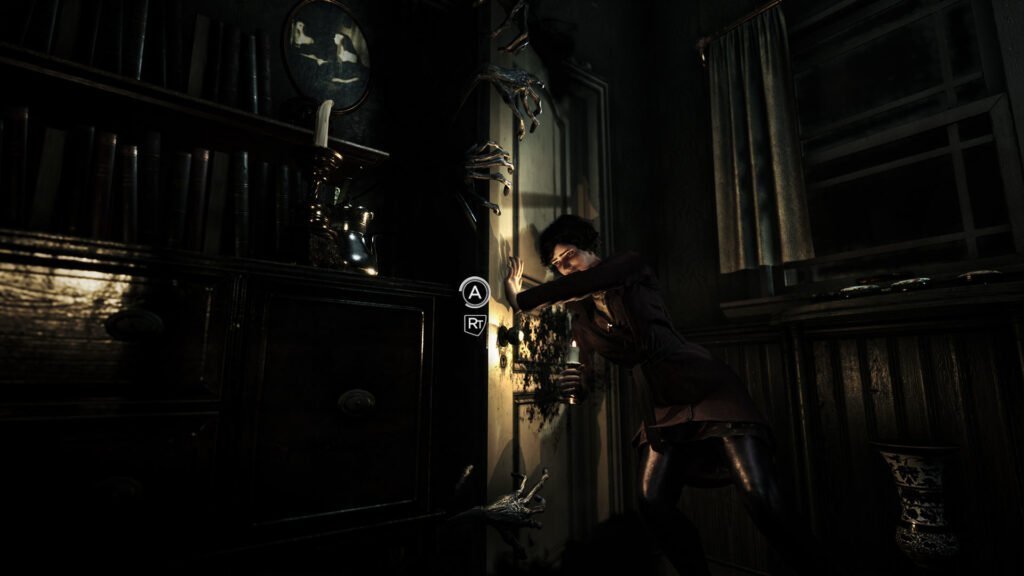 To prevent the Presence from coming through the player must interact with the door and mash buttons as per the on-screen prompts to build strength before attempting to slam it shut, all while black, clawed hands attempt to reach out. Completing this sequence a few times will slam the door shut and send the Presence into retreat while failure to do so will lead to the player being dragged into the darkness and their death. Doors that have not yet been passed through can be approached and you can listen to what’s on the other side. If it is silent, it can be safely entered but if not, 100% death awaits.

If playing with perma-death enabled, a new character will need to be selected and the player will start at beginning of the area – though any progress made is not lost and any inventory items the deceased character had in their possession can be re-collected to continue from where they left off. If all playable characters are killed, the player will need to restart the episode from scratch. This feature adds such incredible value to the experience, adding a new layer of difficulty, tension and stress to the experience in such a manner that is sure to satisfy hardcore fans of the genre that love a challenge. Playing on the easiest difficulty is the only way to remove perma-death from the experience. While this is great for casual players, I can not personally recommend it enough to those looking for a challenge, the dynamic it brings to the experience is unlike anything else. 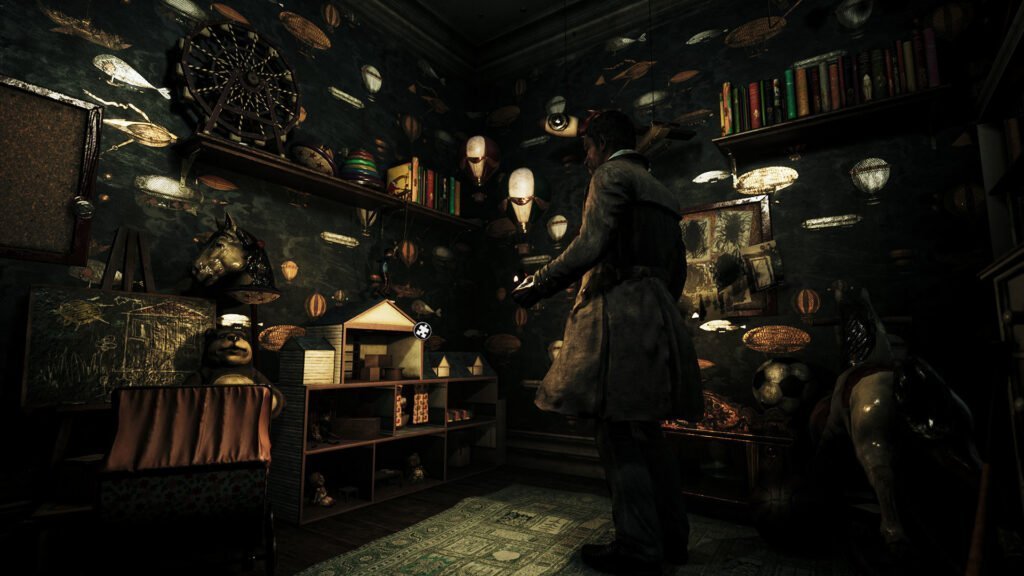 The sound design in Song of Horror is extremely creepy and constantly manages to add dread to moments of calm and otherwise threat-less exploration. Playing with headphones is highly recommended to embrace every creaky floorboard, banging door or whisper. I can’t imagine any other way to hear the terrifying cries of a child that instils nothing but terror in your ears as you frantically look around for the source. Aside from poor lip-syncing the voice acting is pretty good and each character carries an authentic performance. 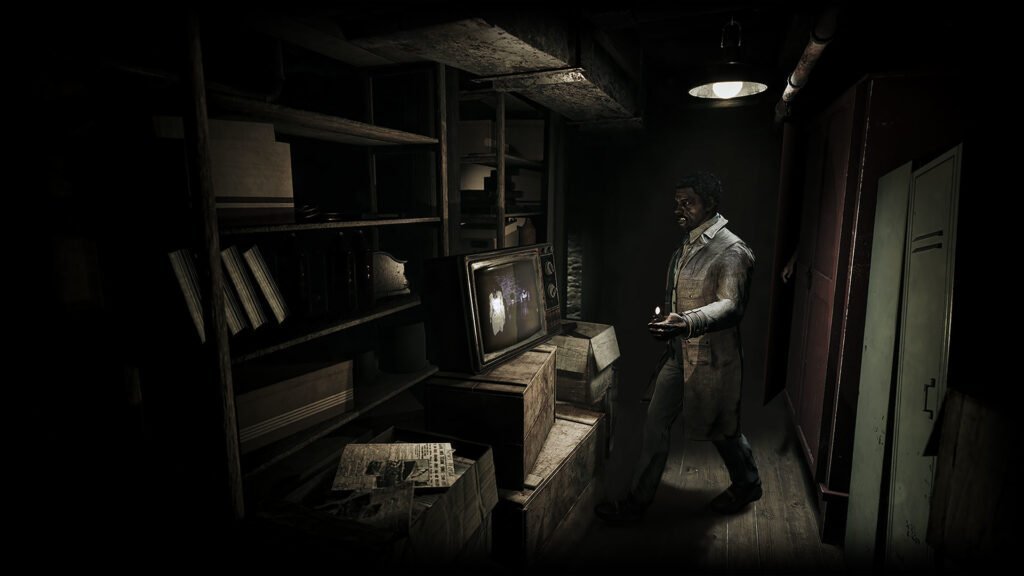 Song of Horror looks pretty good, if not a little outdated. This adds to the charm of the experience, further bringing it closer to the source material that have inspired it. The character models are decent and the Presence itself is wonderfully realised and creepy. Comic-like cinematics are a refreshing take on the storytelling and keep the overall style interesting and unique. 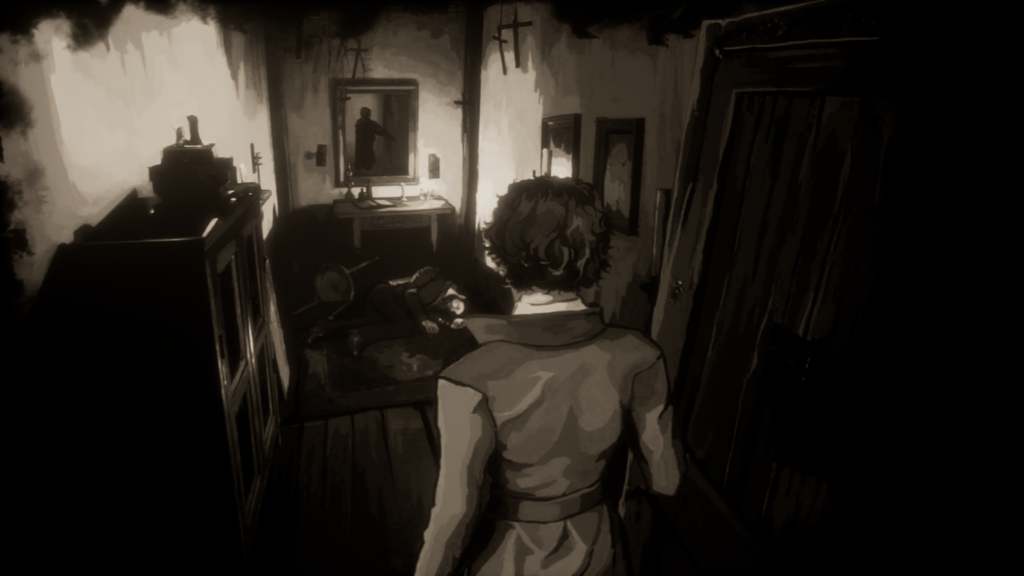 The perma-death aspect, one of Song of Horror’s greatest assets, will either be loved or loathed depending on the experience the player is looking for. It’s great to be able to take it easy and enjoy the narrative without the threat of perma-death but there’s nothing quite like the tension that is added with it enabled. With plenty of playable characters and backstories to uncover, there is more than enough to justify future playthroughs, especially for Achievement/Trophy hunters that need to ensure certain characters survive specific episodes to experience moments unique to them. 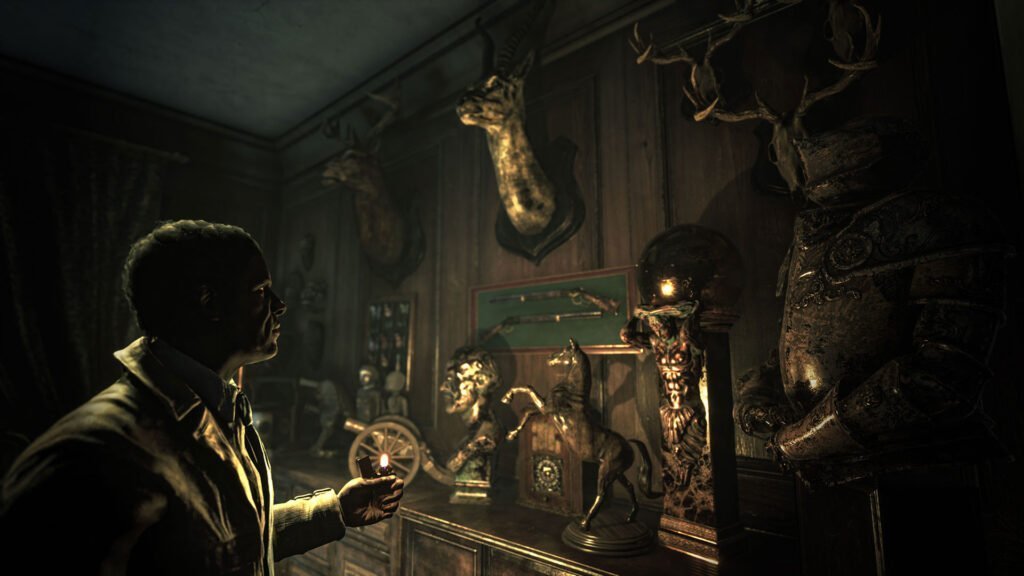 A fresh take on a familiar experience, Song of Horror has a lot to offer narratively and the Presence and perma-death just add so much dimension to the overall experience. The randomised nature of the Presence attacks are likely to frustrate but surviving everything it throws at you is such a rewarding experience in itself.

+ Presence attacks are unpredictable and exciting (and terrifying)

+ Perma-death takes the tension to the next level 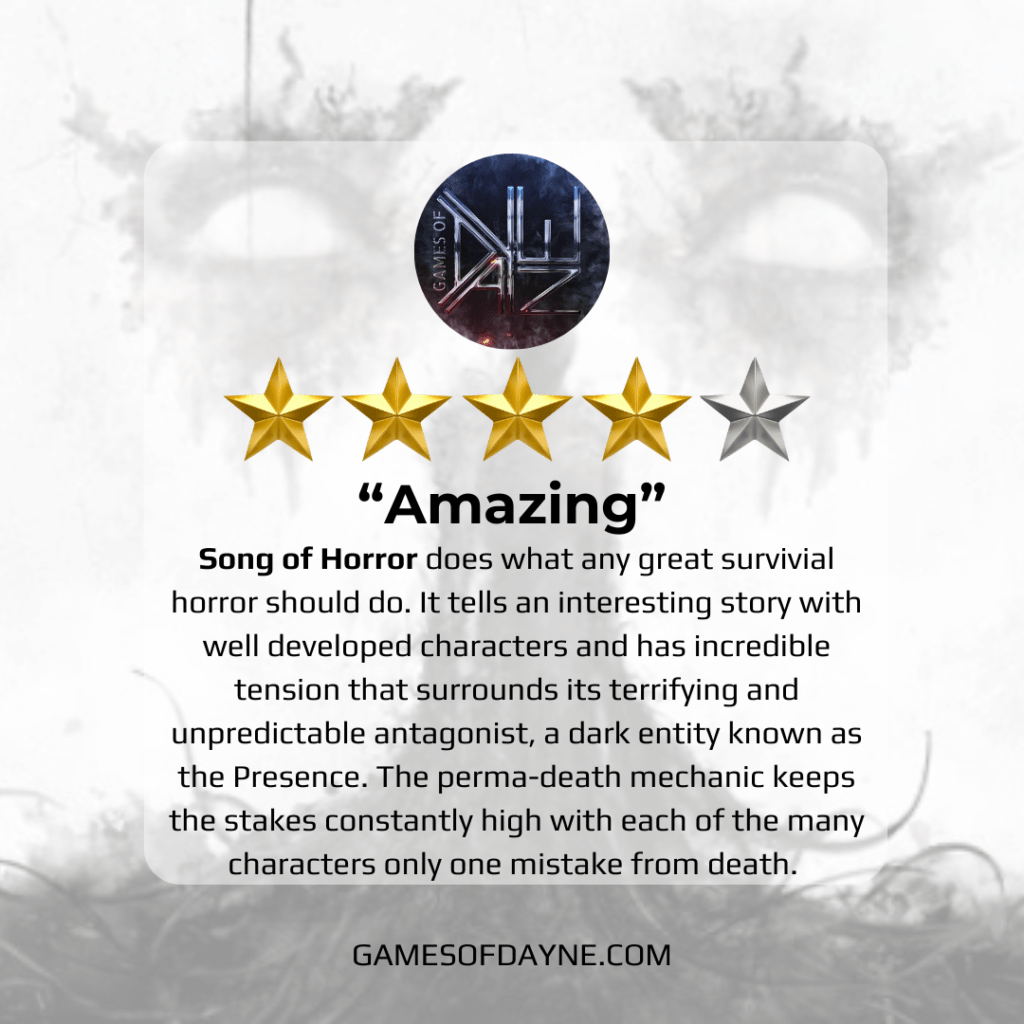