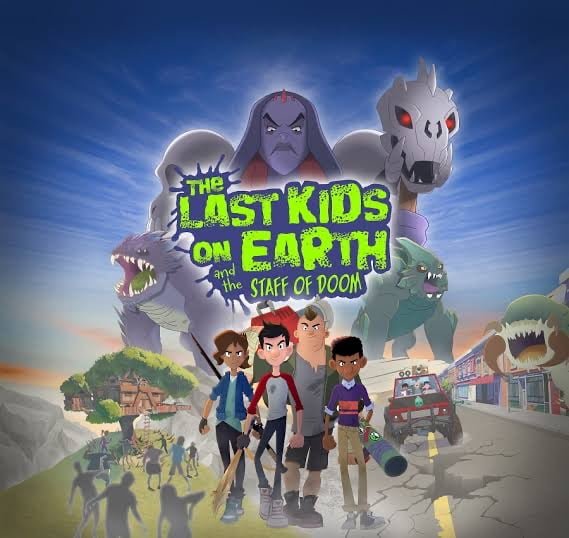 A post-apocalyptic setting teeming with hordes of zombies and monsters is home to four courageous teens as they fight to save the city of Wakefield from the evil Malondre, Queen of the Slime Monsters.

The Last Kids on Earth and the Staff of Doom is a semi-open world action RPG that can be tackled solo or with up to three friends via local co-op. Each of the four characters have unique weapons and abilities to survive the apocalypse and stop Malondre.

The four playable characters; Jack, June, Quint and Dirk are teenagers living a typical teenage life. Fighting zombies and monsters with the aid of their monster friends while trying to prevent an evil Queen from using the Staff of Doom with sinister intent. Typical, right? The story takes place in Wakefield, a city broken into four districts that is further dissected into four locations, all opening up with story progression. 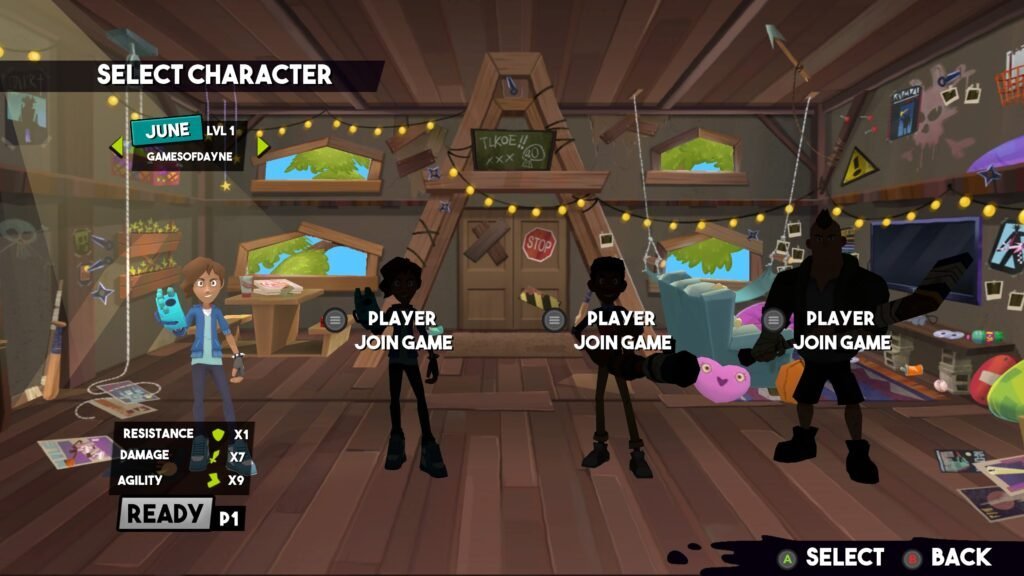 Driven by text based dialogue with comic-like animated strips serving as cutscenes narrated by Jack, the story is full of humour, action and plan-thwarting monsters as the kids race to prevent Malondre from obtaining the powerful Staff of Doom. As a zombie and monster experience aimed at a younger audience The Last Kids on Earth and the Staff of Doom does a wonderful job of keeping its story light, funny and simple to understand while remaining enjoyable for older players with its simplistic charm. 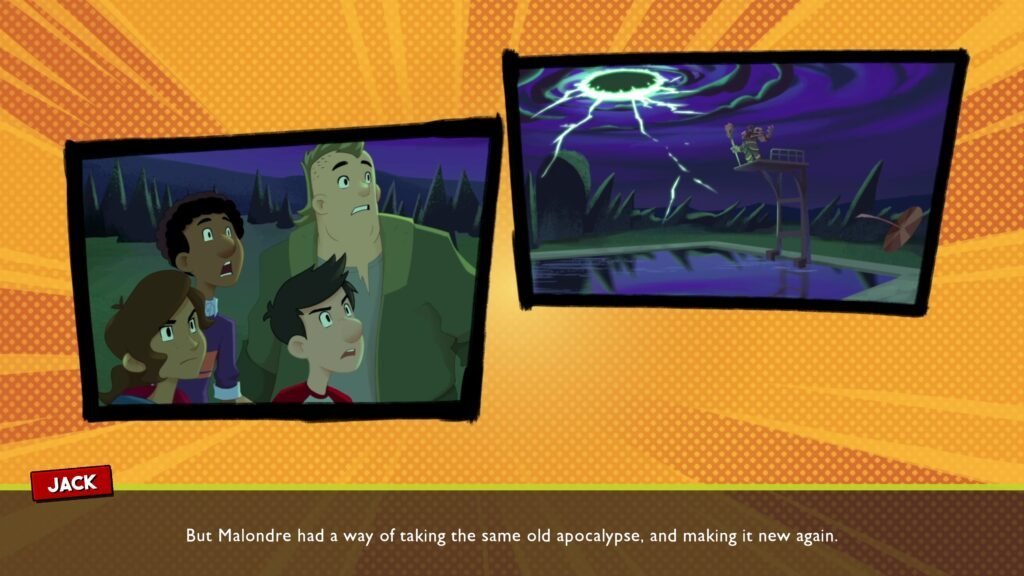 The gameplay incorporates third person combat, driving and a base defence-like horde mode. Each character has a light attack and a heavy attack that can be charged to deal greater damage, with the latter, as well as an evasive dive roll, consuming stamina that regenerates quickly. Enemies can be targeted and locked on to, making it easy to attack while staying mobile. Unique grenades for each of the kids are fun to experiment with and can be replenished from defeated enemies. 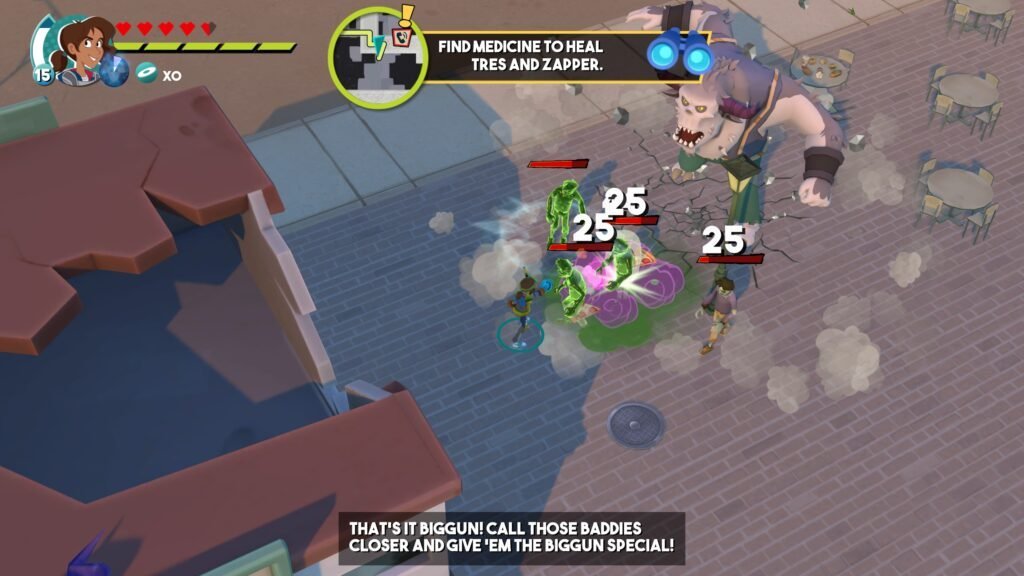 Each of the four characters also have the ability to summon a unique monster ally into battle to unleash brief but devastating damage. These allies can be summoned when their summon bar has been filled by inflicting damage and defeating enemies. The combat is fun, simple and dynamic enough to be able to deal with the groups of enemies that attack simultaneously with ease. The various boss battles are fun and typically feature spanning minions to dispose of as well as the boss themselves. 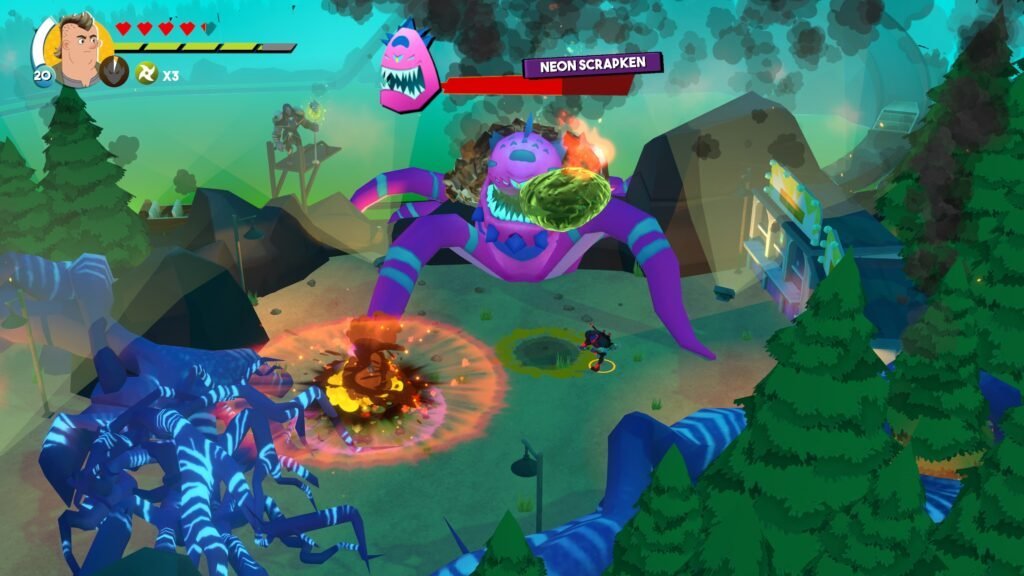 The Last Kids on Earth and the Staff of Doom is flexible with player swapping, allowing the player to switch characters simply by interacting with phone booths scattered around the districts. The change is instant and the player is able to do so as many times as they please. Just as instantaneous is the ability to switch weapons and the armour equipped. 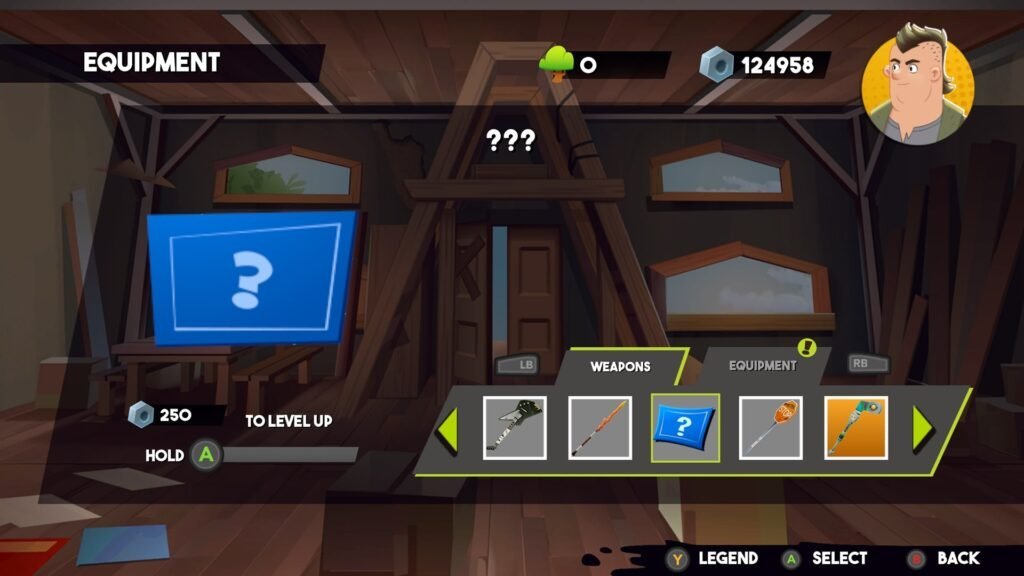 There are dozens of blueprints to be found hidden in chests or awarded with story progression that can be crafted into new unique weapons for each character as well as shared armour sets and turrets for the kids’ Treehouse base located in the town square which acts as the game’s hub area. As well as crafting these new blueprints, each weapon and armour set can also be upgraded to increase their combat efficiency and stats. 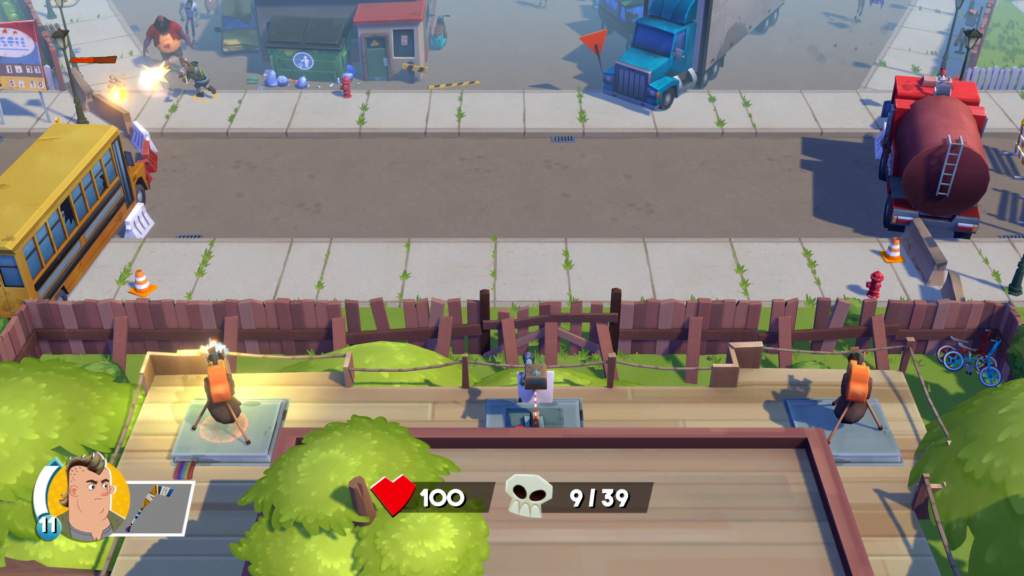 Turrets for the Treehouse, once crafted, can also be upgraded. These are used only in the handful of Zombie Assault phases scattered throughout the story. There is a pre-wave countdown that allows players to place their crafted turrets in the three available slots in front of the base that needs to be defending from waves of zombies and monsters.

These turrets shoot at the enemies while the player runs around to defeat them before they attack the base. If the base sustains to much damage and it’s health bar depletes, the player will have to try again. There is a brief intermission between waves where the player can reconfigure the turret arrangement before continuing to fend off the assault. This is a fun sequence that would have been nice to see more of, they are relatively brief and there aren’t many throughout the story. 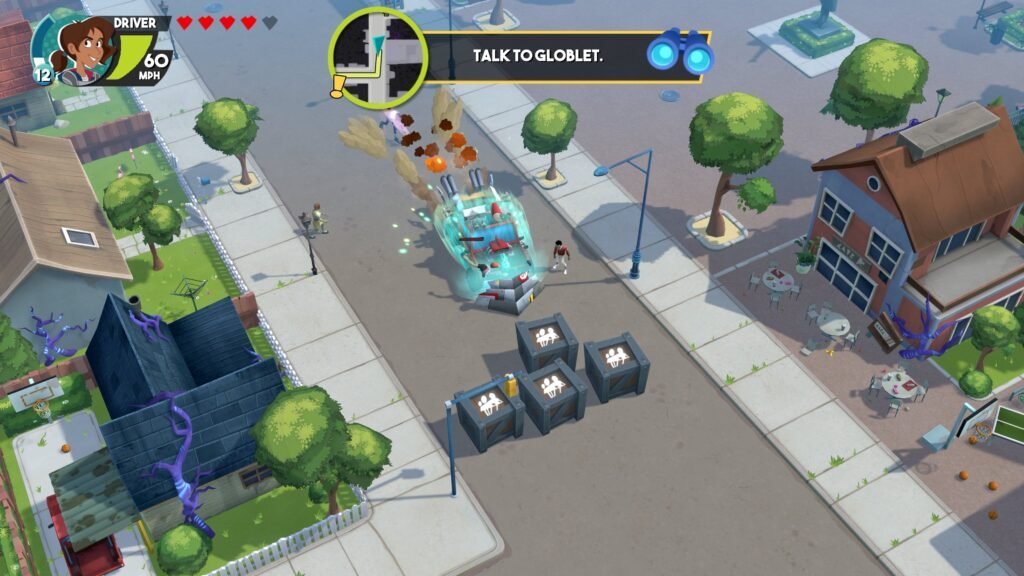 To travel around Wakefield that kids have BIG MAMA, a post-apocalyptic anti-zombie truck fitted with turrets. These turrets can be used by other players of playing co-operatively but when playing solo the player can only drive, running enemies over instead as there is no AI feature to play as the other characters that aren’t controlled by players. BIG MAMA can also be upgraded to increase her durability and damage output. BIG MAMA can be summoned at special booths around the city as well, allowing for on-foot traversal or to go on a driving rampage mowing down everything in sight. 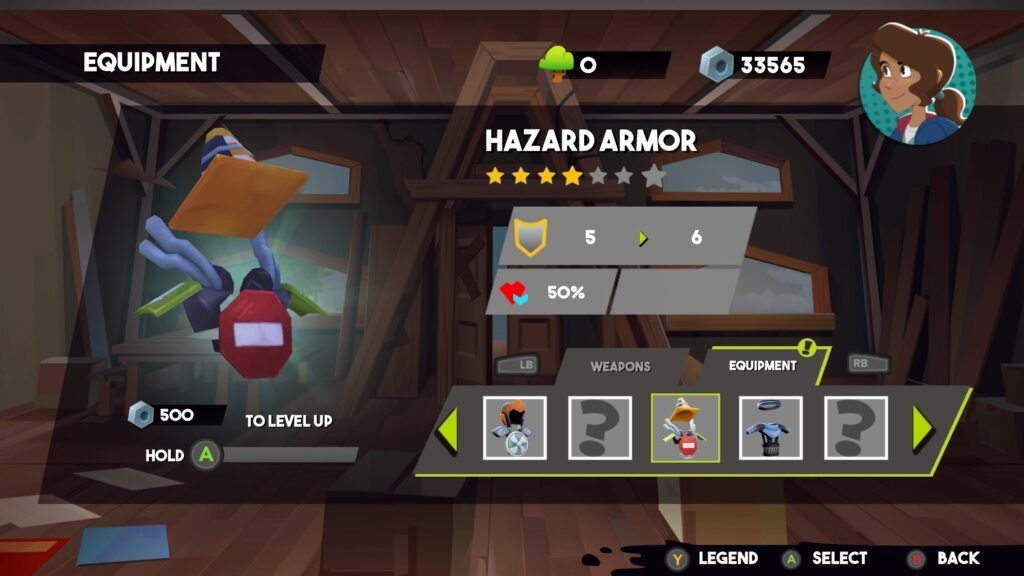 Everything that can be upgraded; weapons, armour, base turrets and BIG MAMA, can only be upgraded to a certain point, with the remaining upgrade levels gated behind the upgrade status of the Treehouse. Upgrading the Treehouse to level 2 opens up additional upgrade levels for each of them and level 3 opens them up to maximum.

Crafting blueprints and upgrading requires scrap which is acquired by defeating enemies, destroying objects in the environment, opening chests and as rewards for completing main and optional missions. They can be earned in abundance and upgrading everything to maximum doesn’t require excessive grinding.

Simple environmental puzzles pepper the four districts that typically revolve around flipping switches to open gates and doors. These are simple to solve thanks to the power cables that run from the switch to the locked door or gate that can be followed. 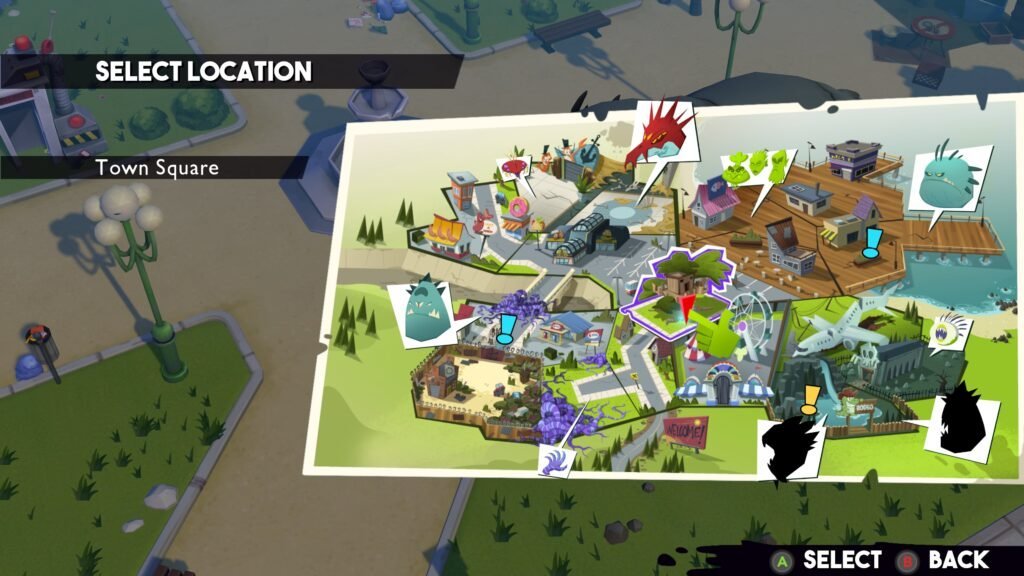 A world map can be called up that shows mission locations, character change booths and BIG MAMA stations as well as all optional areas of interest that include dungeons, collectible comic books and chests. The map is simple to understand and the players location is clearly marked. Fast travel can be used by interacting with Wormungulous, a giant but most importantly friendly worm. Any previously visited location can be fast travelled to with a simple interaction whether the player is engaged in combat or not. 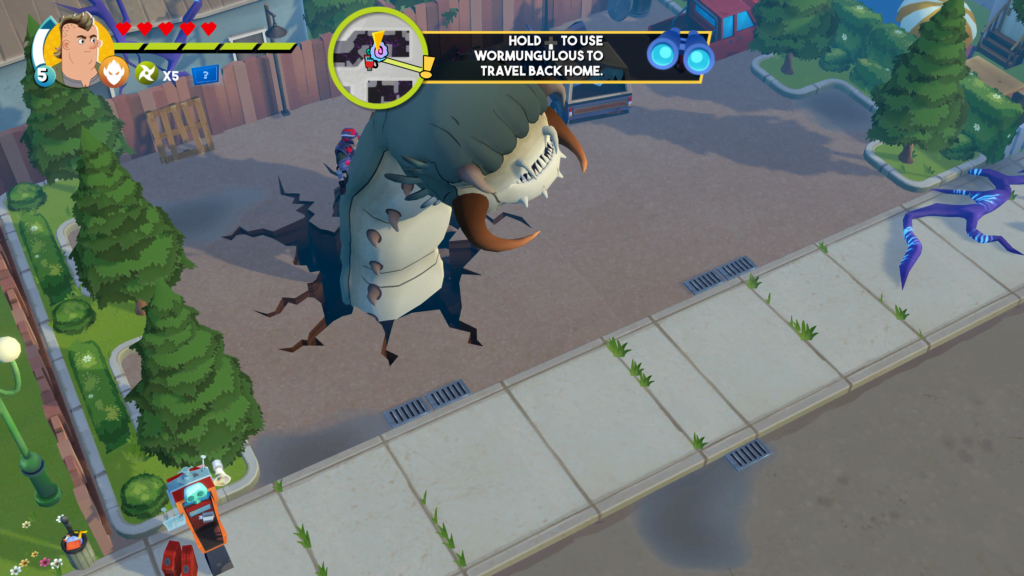 The Last Kids on Earth and the Staff of Doom has a playful art design with fun enemy variety, child friendly takes on zombies and it all takes place in a world that looks as though it’s been ripped from the animated TV series it’s based on. The music is fun, dramatic and light, appropriately fluctuating to suit the tension on screen. 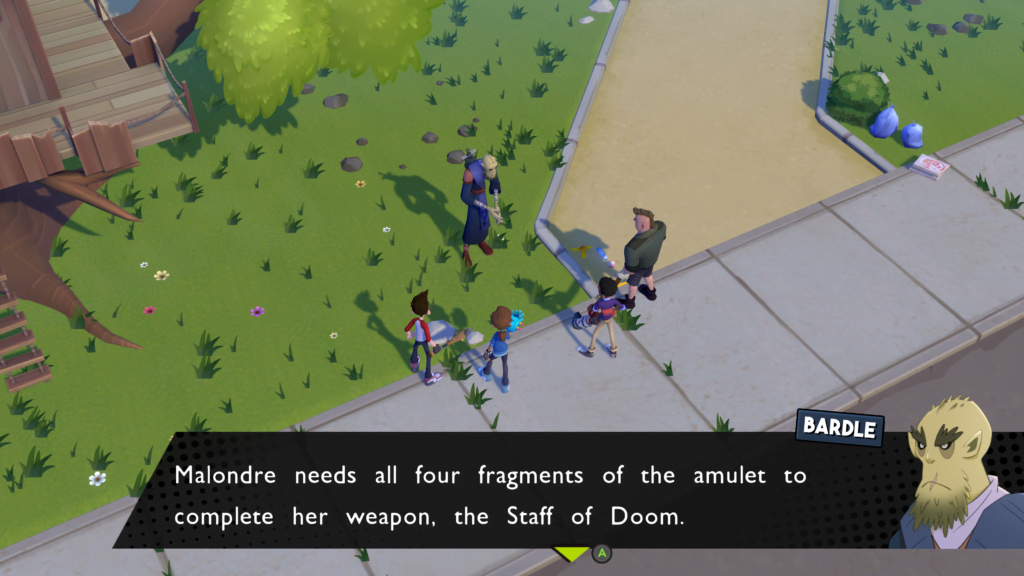 As a title that supports local co-op up to four players this experience would be a fun one to play with siblings or parents to play with their children. The charming approach to a zombie apocalypse isn’t frightening or violent and would definitely be suitable for younger players in the presence of an adult or parent. 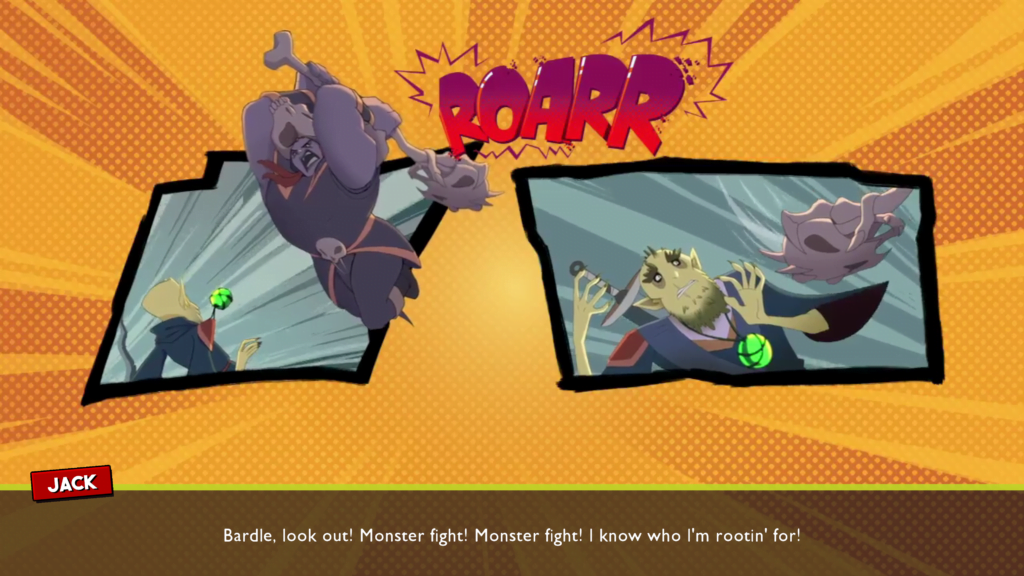 The Last Kids on Earth and the Staff of Doom is a faithful video game adaptation of the animated series that serves as a family friendly introduction to the world of zombies for young players. With that said taking on the apocalypse as an adult is a lot of fun with its story that lasts in the neighbourhood of 4-5 hours, with younger players able to get more playtime from the optional missions, races and collectibles.

– The other characters aren’t present when playing solo