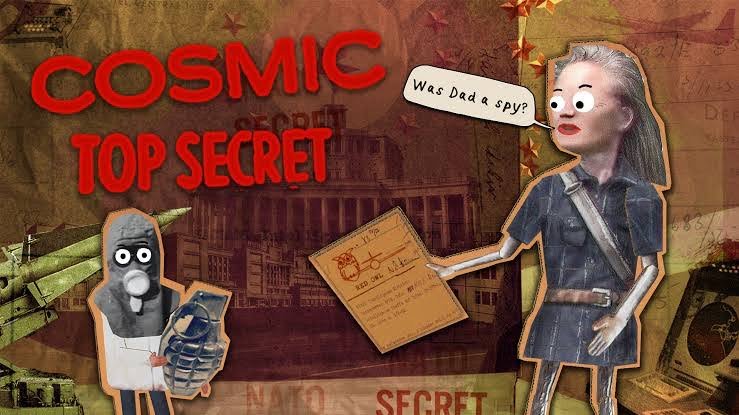 Cosmic Top Secret is many things. For one, it is the name of the video game this review focuses on but that itself is not even as simple as it seems. This game is an autobiographical adventure somewhat inspired by director Trine Laier’s actual investigation into the past of her parents, specifically her father’s past in Danish Intelligence during the Cold War. Portrayed in game simply as “T”, the player’s journey is largely educational and surprisingly thought provoking on a personal level.

Quirky art design playfully disarms the player on this journey of self-discovery for “T”. The hybrid paper cut-out/3D world design makes for a striking and enjoyable feast for the eyes that somehow manages not to undermine the seriousness of the autobiographical adventure.

A little bit of Google education informed me that the term Cosmic Top Secret is actually a real-world term, used to represent the highest level of security classification within NATO (North Atlantic Treaty Organisation). See? Video games and of course my reviews, can be considered educational assets. 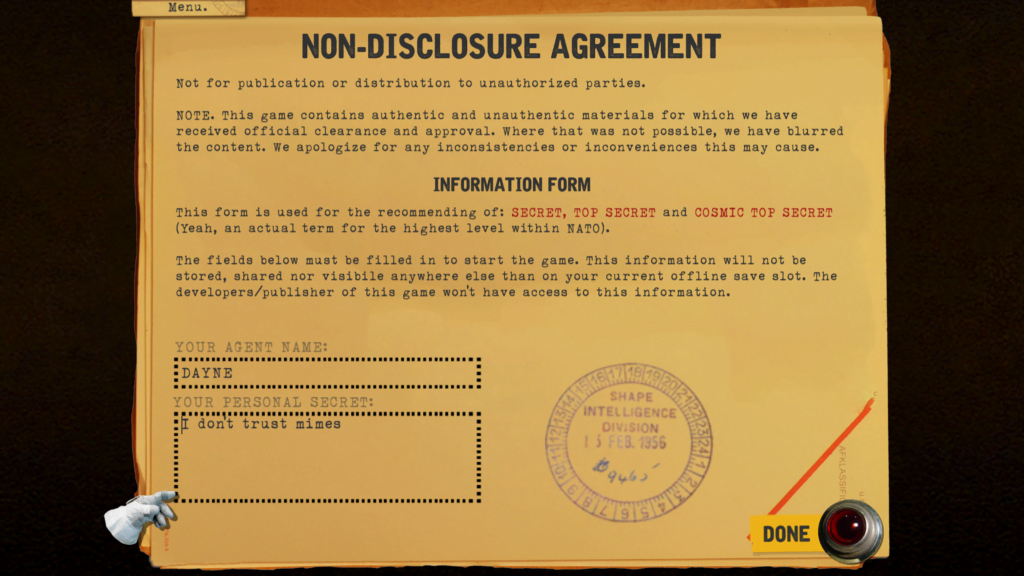 On the educational front the player is given a glimpse into the handling and protection of confidential information throughout the Cold War. There’s not going to be any groundbreaking revelations or, if you’ll excuse the pun, Cosmic Top Secret information revealed in this video game but the fascinating insight into how people acted with this information is genuinely interesting. The perspective of “T” growing up with parents devoted to this highly secretive line of work is genuinely well-realised and has translated to this interactive format in a way that brings levity to the situation, despite the highly political nature of the work. 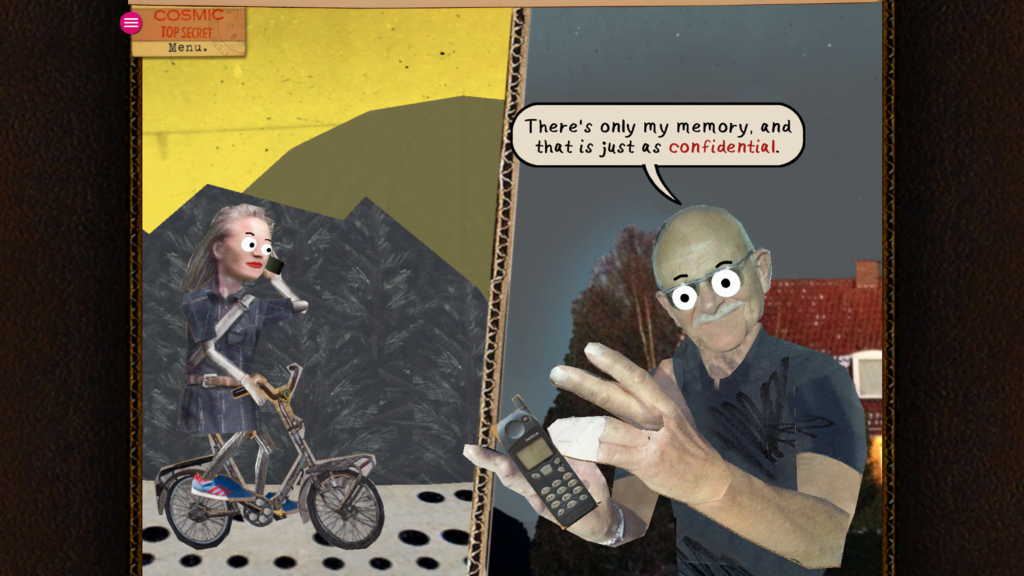 Cosmic Top Secret is absolutely riddled with real photographs, interviews and video clips that are cleverly integrated into the game world, presenting what feels more like an interactive autobiography rather than an actual video game, and that by no means downplays the cleverness of its execution. The game world is interesting to describe as it feels like a blend of platforming within 3D environments with some light puzzle solving and collectibles to find while also offering some cool gameplay segments such as throwing grenades, putting your body back together and even flying a paper plane. Plenty of secrets and things to find are present in the open-ended level design and the facts, as well as the format they are presented, are interesting and worth going out of the way for. 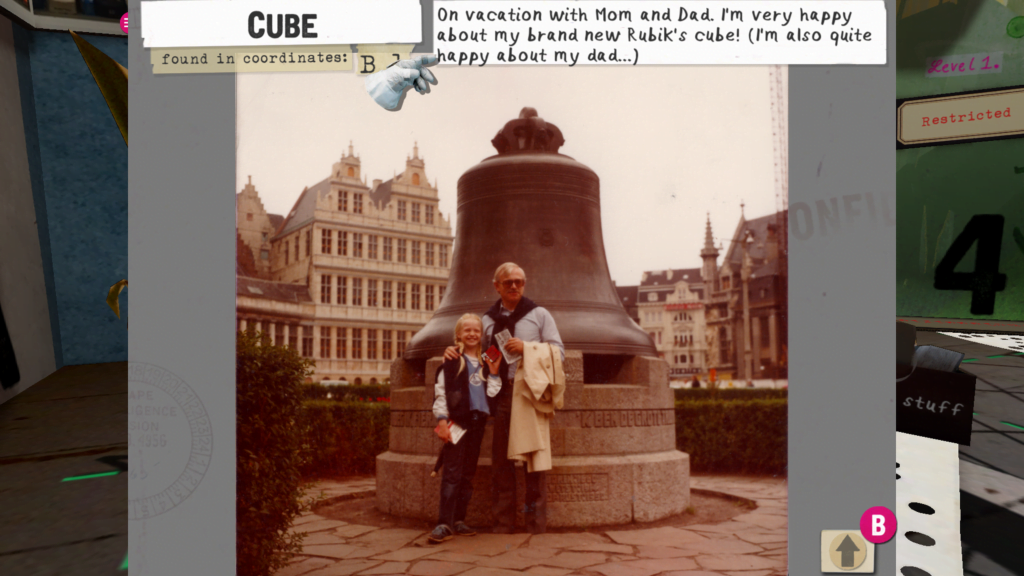 Traversal in Cosmic Top Secret, like everything else, is unique. “T” scrunches into a ball of paper to roll around the map, able to jump and interact with various things within the environment.  The platforming can be a little hit or miss due to the somewhat fidgety controls and aiming but these scenarios are certainly fewer and further between than the core gameplay itself. Puzzles are fun and rightfully challenging in some cases such as tasking the player with going through intel to determine sequences. Luckily the hints provided eliminate frustration and keep the puzzles accessible for casual players, a welcome addition to keep the educational adventure interesting and flowing smoothly. 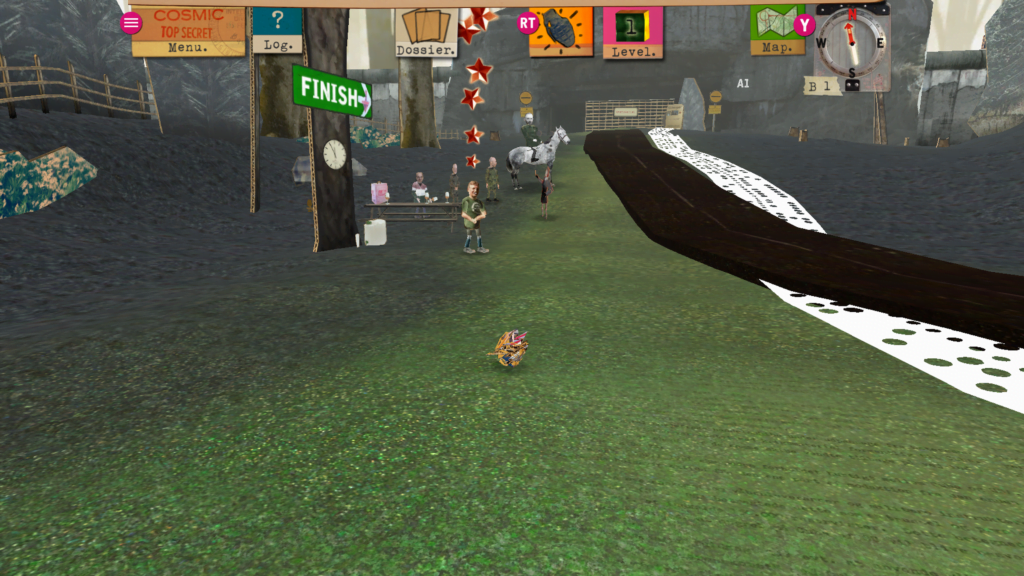 Each chapter has the player gathering nine pieces of intel and having to decipher a nine digit number. Most of the numbers are obvious but some hidden behind simple puzzles that are essentially handed to the player with a little observation or listening in some instances. The map of each level is laid out like co-ordinates, broken into letters and numbers. For example, grid B2 might be the home to a clue and the player can see their current whereabouts on screen at all times or can access the map for further clarity. As the next objective is extremely visible thanks to visual cues it is pretty obvious in most cases where to go, rarely it may be hidden behind something obstructing the cue. 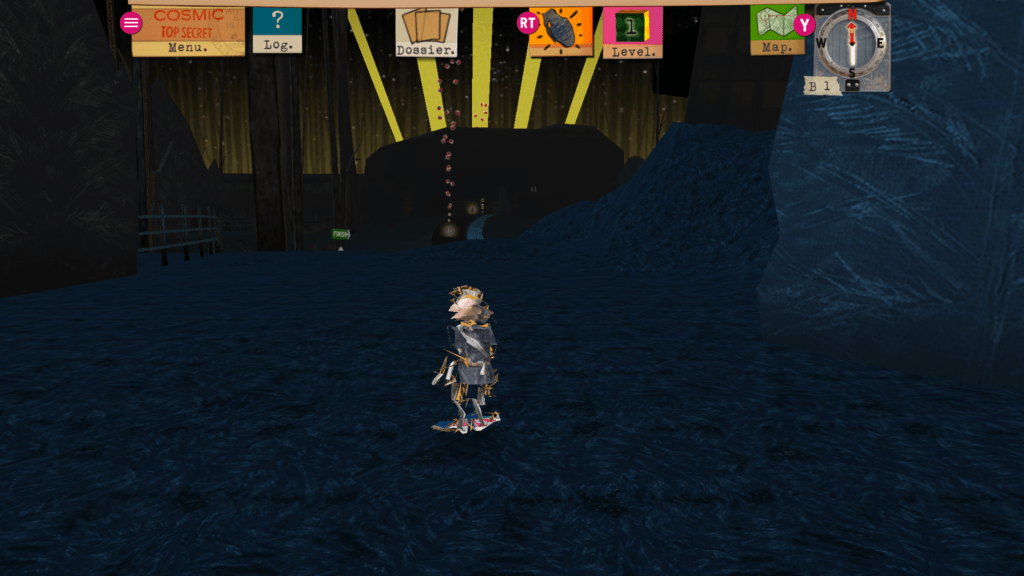 Cosmic Top Secret challenges the statement of video games as art. Despite this story being perfectly suitable as an actual autobiography or a documentary perhaps the innovative approach to its adaptation as a video game cleverly blurs the lines between historical lecture and interactive adventure. This deep dive behind the scenes of Intelligence agents during the Cold War could easily have felt heavy and perhaps too political but the fun art design and clever gameplay do a lot of the heavy lifting, lightening the tone and balancing fun with education. Quirky art design, intelligent content and simplistic gameplay come together effectively in this undeniably unique experience that offers insight into one of the world’s most challenging historical periods from the perspective of a family caught right in the middle of it.

+ Clever premise and execution of story Developed by: Klassefilm, Those Eyes