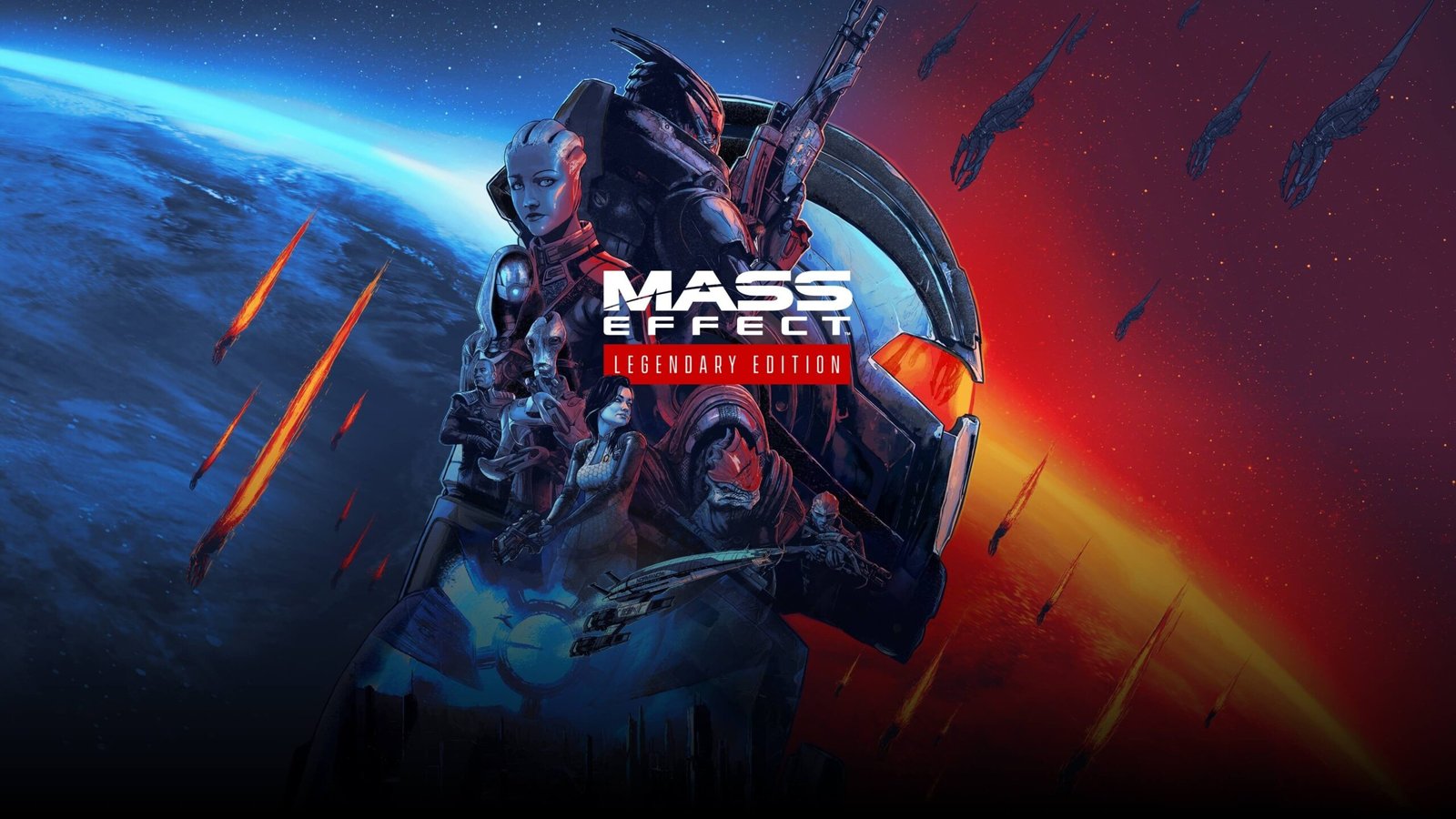 On November 20 2007 Mass Effect launched exclusively on Xbox 360. At the time it was a fresh science fiction space opera take on the RPG genre. Five years and two sequels later the trilogy was available on Xbox, PlayStation and PC and would become one of the most beloved series of the genre by millions.

Developed by BioWare, the series has managed to maintain relevance for nearly a decade and a half and while 2017’s Mass Effect: Andromeda didn’t quite have the same impact as the original trilogy, the franchise name and value has never been more important. With the launch of Mass Effect: Legendary Edition new and returning players alike can enjoy the adventure and exploits of Commander Shepard, YOUR Commander Shepard, and take their custom character through all three games with the choices and consequences carrying across the intergalactic space odyssey.

With significant visual, technical and performance enhancements, particularly for the first Mass Effect, the trilogy has never looked or played better and with the inclusion of all but one of the over 40 DLC packs that would go on to be released, Mass Effect: Legendary Edition is not only the definite way to play the series, it is the definitive example of remaster excellence.

The original Mass Effect introduces an interesting and wonderfully fleshed out mythology and lore but most importantly it introduces players to Commander Shepard. Players can customise the gender, appearance and backstory of their Shepard as well as select from a handful of classes, each with unique abilities and proficiencies. From there Commander Shepard is lead on a journey laden with choices and of course the consequences of this choices. From branching dialogue, character relationships and key decisions that shape the narrative, players embark on a quest that is as personal to them as they are willing to make it by investing in the world and exploring all aspects of it physically and from a conversational, character engagement standpoint. 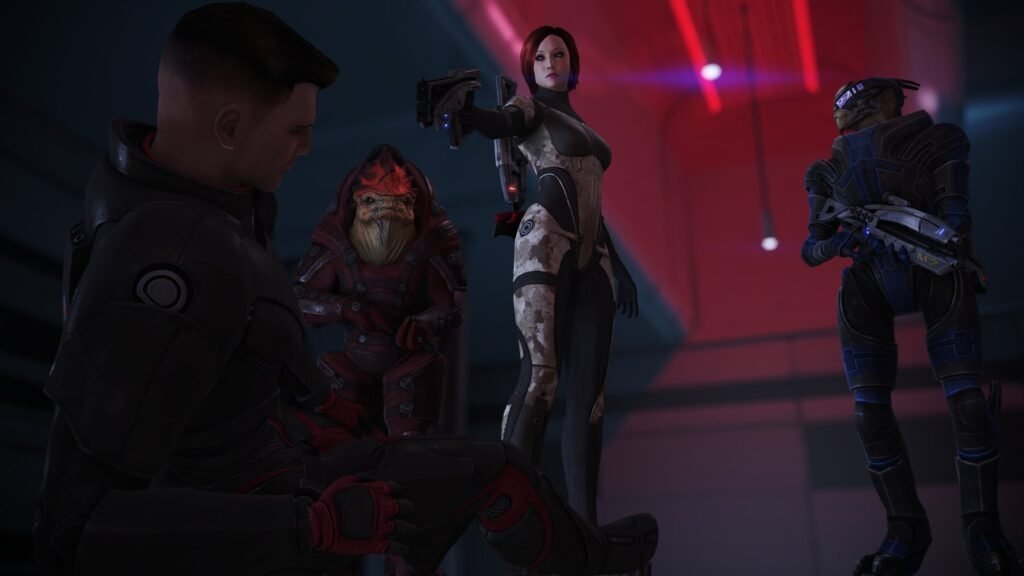 To briefly surmise the plot, Commander Shepard must lead an elite team to thwart the plans of Saren, a traitor from an alien race known as Turians, and his plans to facilitate the return of ancient mechanical race of beings known as Reapers. Responsible for the extermination of all sentient organic life in years gone by, the return of a Reaper fleet would see history repeat itself yet again and Commander Shepard will stop at nothing to prevent this. 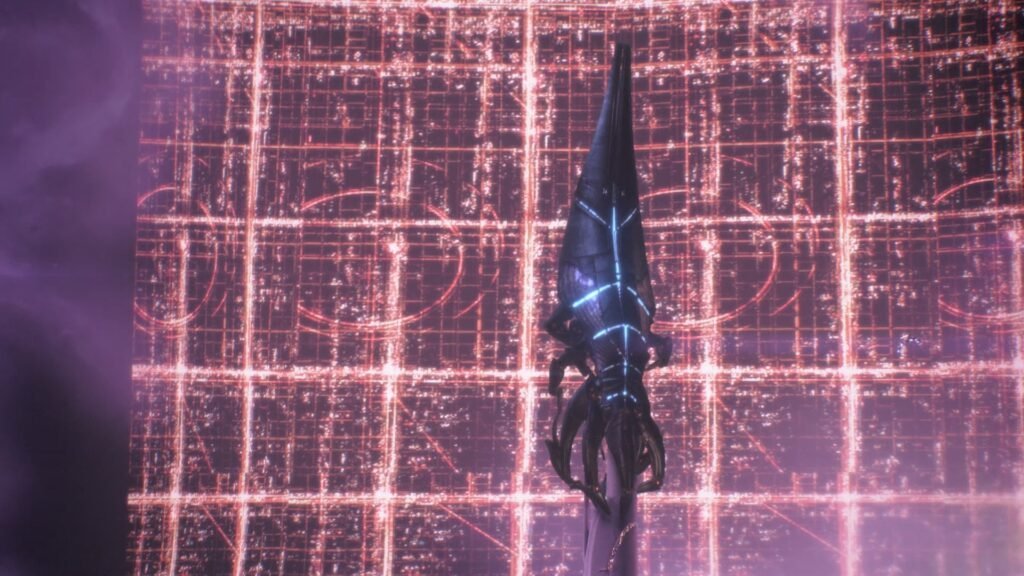 A handful of characters can be recruited and customised, with two at a time able to be selected to accompany Shepard on story missions as well as the wealth of optional side missions. The relationships with these characters and decisions at key moments can influence their allegiance and loyalty to Shepard as well as their fate in some cases. 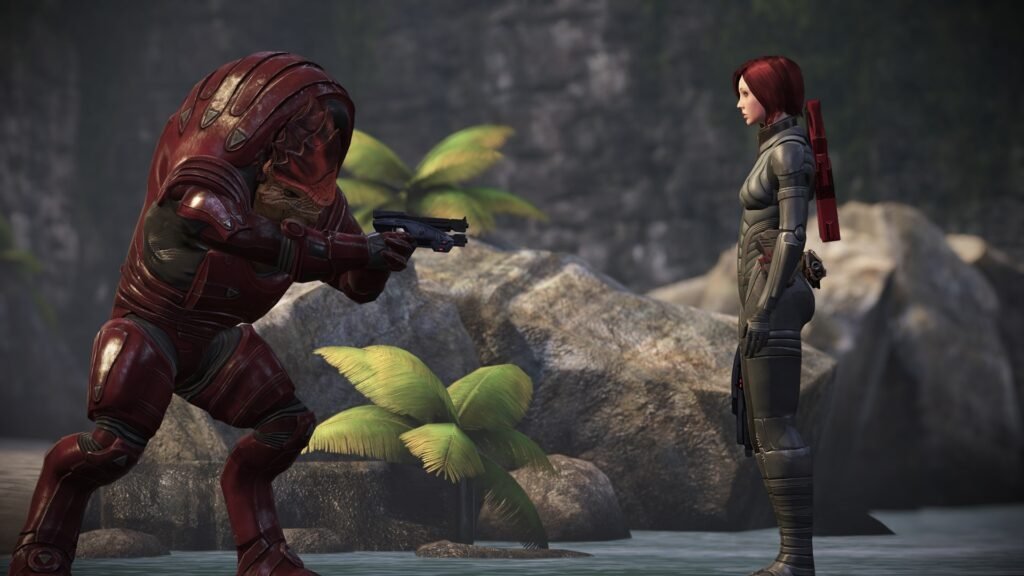 The gameplay in Mass Effect upon its original release was notably clunky and stiff, particularly the driving sequences featuring the Mako. Through cybernetic technology various abilities are accessible to the inhabits of the Mass Effect universe that include psionic abilities that could launch enemies into the air and dependent on which class the player chose various abilities are available to unlock and enhance. Blending these abilities with the decent gunplay which included elemental ammo types kept combat fun and engaging, diverse enough to encourage future replays in order to experiment all of the different combinations on offer. 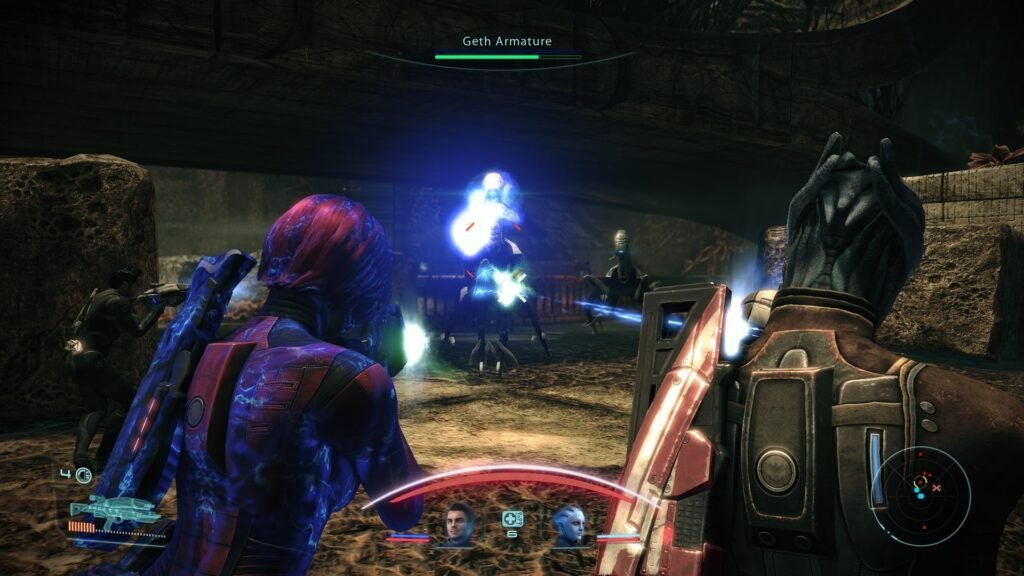 Countless enhancements were made to the gameplay, visuals and overall performance of the original title in Mass Effect: Legendary Edition, bringing it more in line with the quality and fluidity of the pair of instalments that followed. Seemingly receiving more and honestly much needed attention, the original Mass Effect is easily the standout of the trilogy in terms of its evolution in this remastered collection. 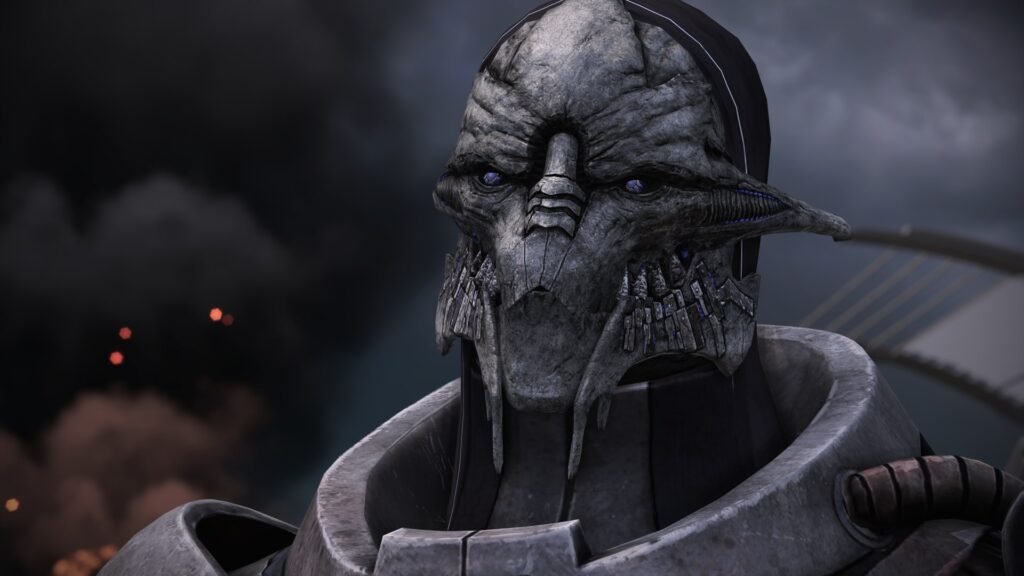 Set shortly after the events of the first game, Mass Effect 2 wastes little time in setting the stage for a sequel more grand in scope as it dives deeper into the looming galactic conquest of the Reapers. Mass Effect 2 wonderfully incorporated the ability to import a save file from the previous title, allowing players to bring their Shepard and all of the choices, relationships and consequences forward and to the sequel. The option to start fresh with a newly created Shepard exists but it it would be a severely missed opportunity not to continue the saga with the same character. 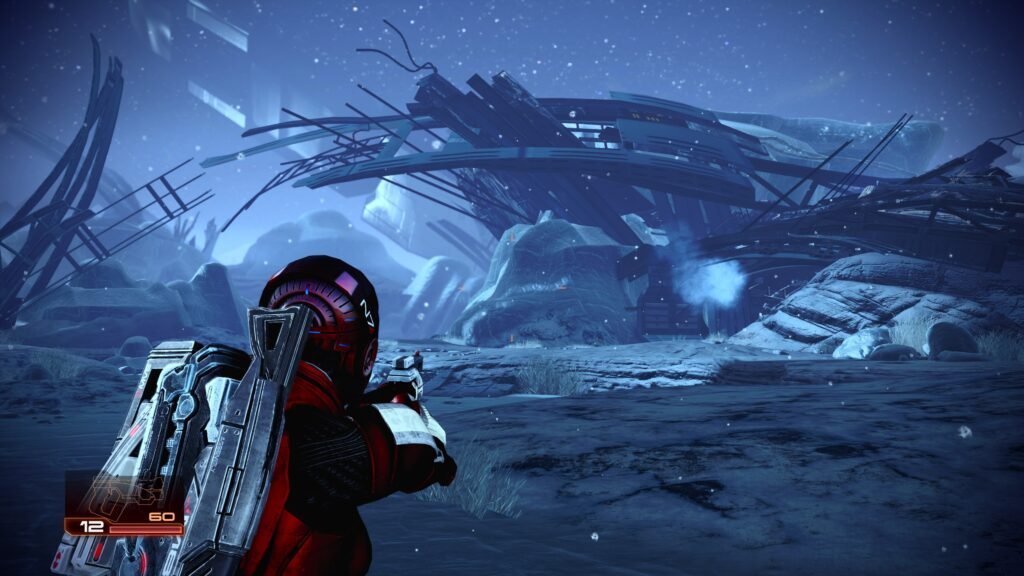 Shepard’s ship, the Normandy SSV is attacked by an unknown vessel and the crew is forced to abandon ship, losing it in the process. Two years later, Shepard wakes, brought back from the brink of death by Cerberus. Mass Effect 2 largely sees Shepard building a larger team of new and familiar teammates to take the fight to the newly emerged threat known as the Collectors while also uncovering more about the Reapers, their history and potential re-emergence. 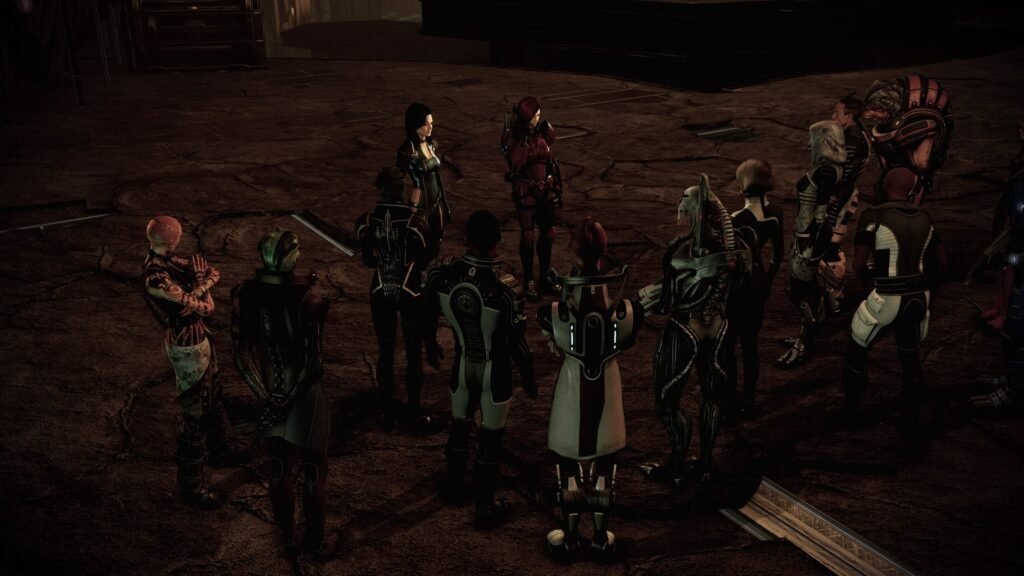 The closing mission of Mass Effect 2 is thrilling and more so than the previous entry has potentially tragic consequences based on a large number of critical decisions. The fate of the entire squad is up in the air, who lives and who dies is entirely dictated by the players actions, completion of particular missions and specific upgrades prior. 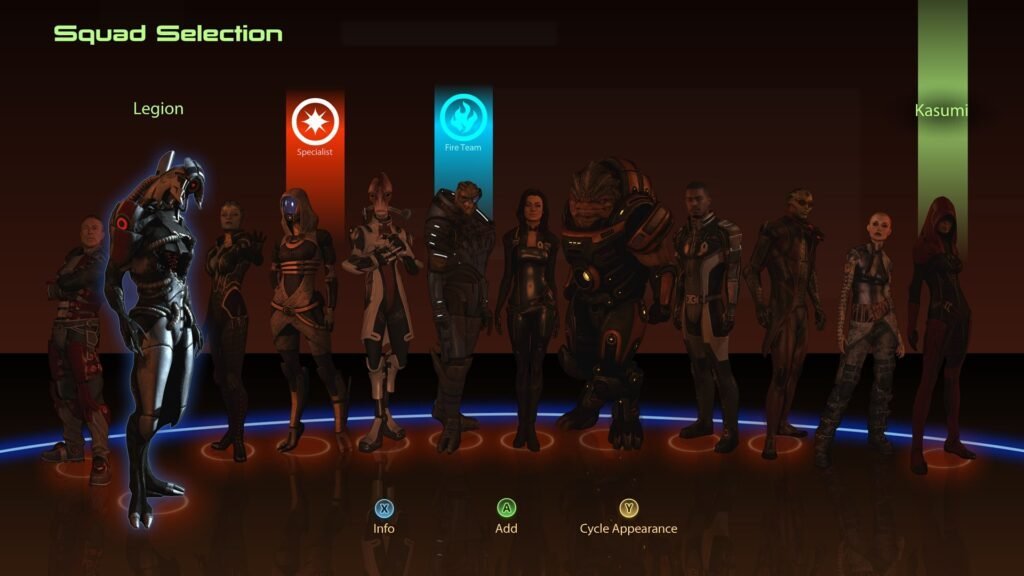 With clearly improved gameplay elements compared to the original, Mass Effect 2 introduced new ability types, modified the gear and loot system and generally improved in every way over its predecessor. In Mass Effect: Legendary Edition, as with the other two titles, various technical and performance improvements were made to recapture the magic of an experience that originally launched in 2010 and manages to make it look and feel much more modern. Arguably the greatest entry in the franchise to date, Mass Effect 2 is one of the most enjoyable and player driven RPGs of all time and understandably beloved by many. 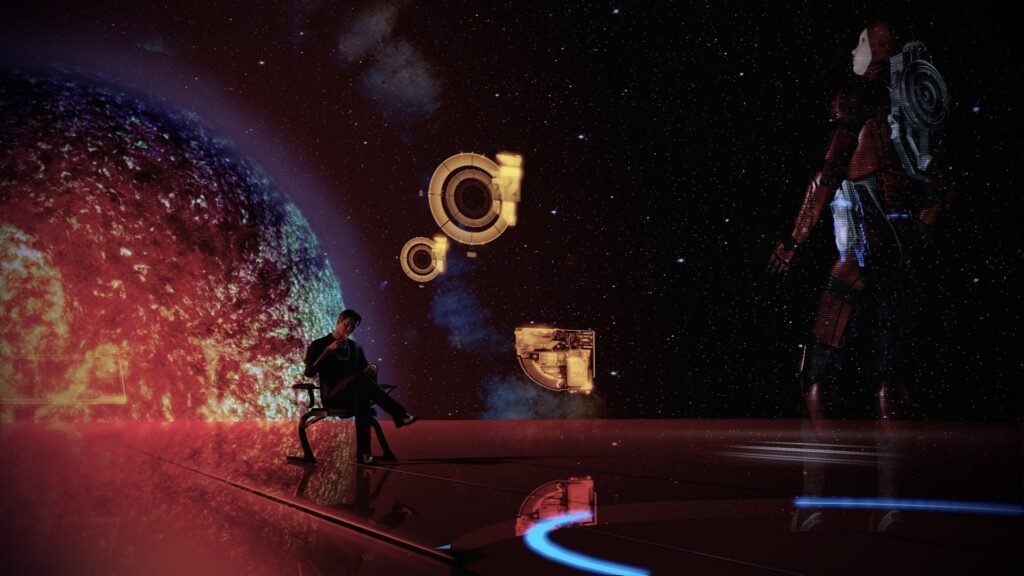 Rounding out the original trilogy in 2012, Mass Effect 3 had to follow two excellent entires and wrap up the story of Commander Shepard and the war against the returning Reapers in an effort to prevent them from once again exterminating all sentient organic life. To much controversy the ending was poorly received by players and critics alike, so much so that an “Extended Cut” pack was added by Bioware to not replace the original ending but rather to expand upon it. Personally, the ending didn’t bother me, it managed to wrap up the story in my opinion, concluding a trilogy of dire conflict with monumental consequences likely to affect the franchise forever. 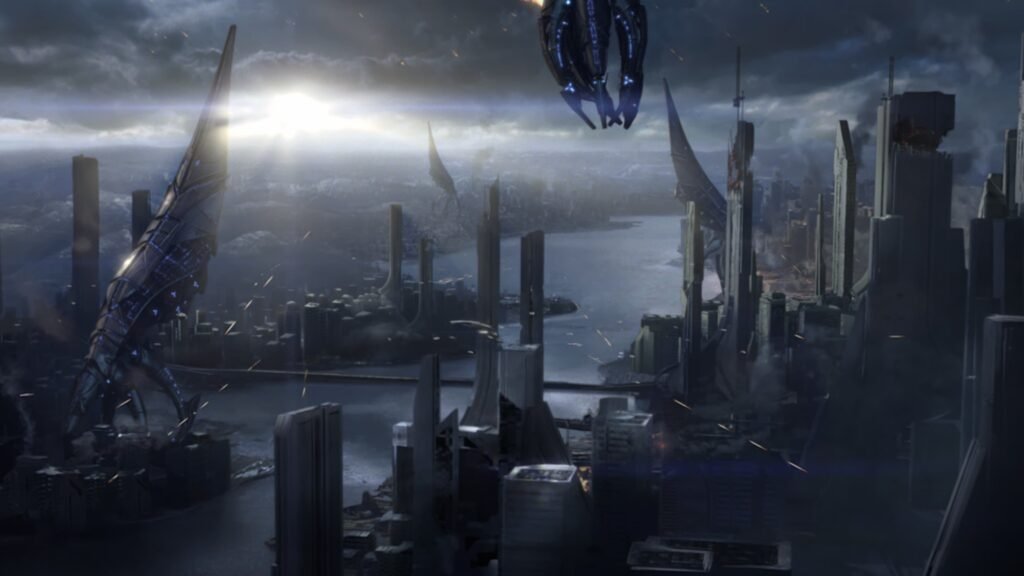 The stakes have never been higher in the series than in Mass Effect 3. A full-scale galactic Reaper invasion is underway with the reapers wiping out planets left, right and centre. Shepard is once again drawn into the conflict with new and recurring team mates to take the fight to the Reapers and save the universe from extermination. The opening mission instils a sense of hopelessness, insurmountable odds that have an emotional impact on the journey that follows to prevent the seemingly inevitable Reaper victory. 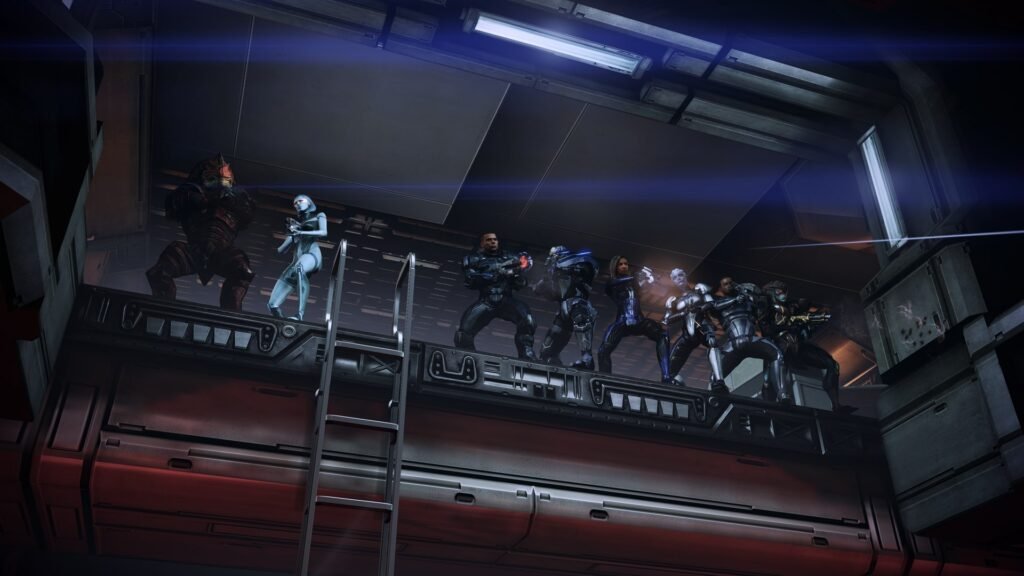 Some of the biggest decisions of the franchise exist in Mass Effect 3, on a character level and in regards to how the actual ending unfolds. The stakes have never felt higher, the cause have never felt more lost and the thought of triumph is squashed at nearly every turn. The story is tightly focused, interesting and depending on your interpretation of whether or not the trilogy is satisfyingly concluded, a rewarding culmination of five years and three entries of one of the greatest franchises to grace the genre. 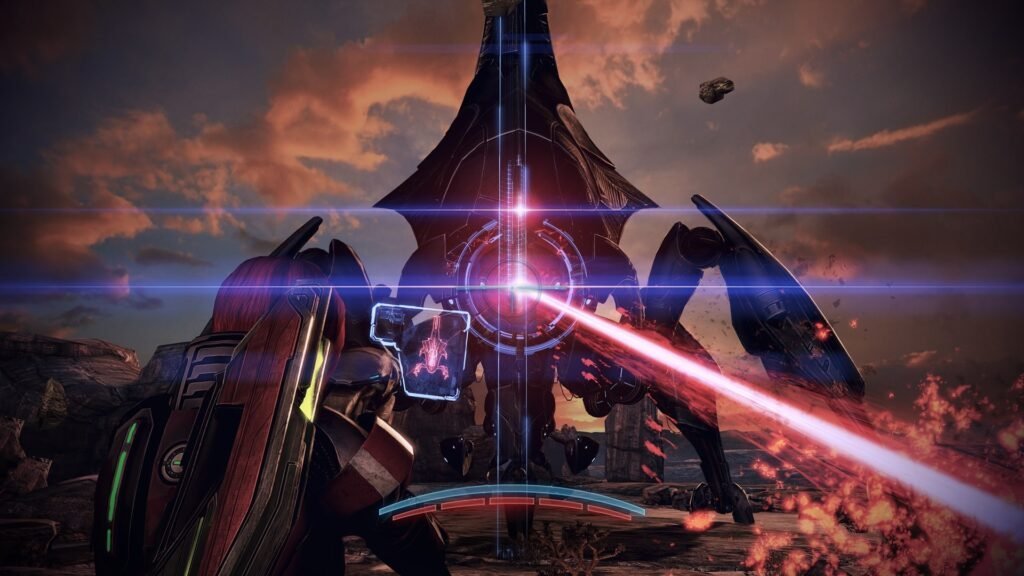 Additional tweaks, improvements and substitutions to various gameplay elements are again present since Mass Effect 2 and the gameplay overall has never felt or played smoother. Concluding the journey with the same imported Commander Shepard is such a unique experience, carrying the weight of three titles worth of consequences and tackling near impossible odds to single handedly defeat the Reapers and put an end to their reign of terror once and for all. 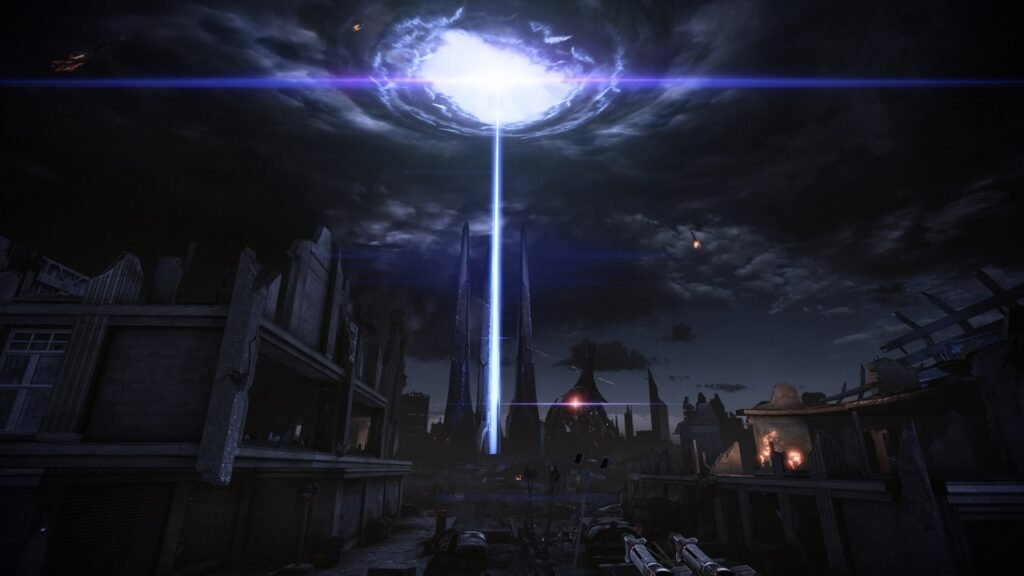 What Mass Effect: Legendary Edition does above all is bring the quality and performance of three great titles that span nearly a decade and a half up to speed to more closely resemble more recent titles. For the most part it succeeds. While the visuals and animations are obviously not quite as slick as a new title released in 2021 it still manages to look amazing. The inclusion of a photo mode allows for some truly stunning captures that franchise veterans are likely to find themselves lost in. 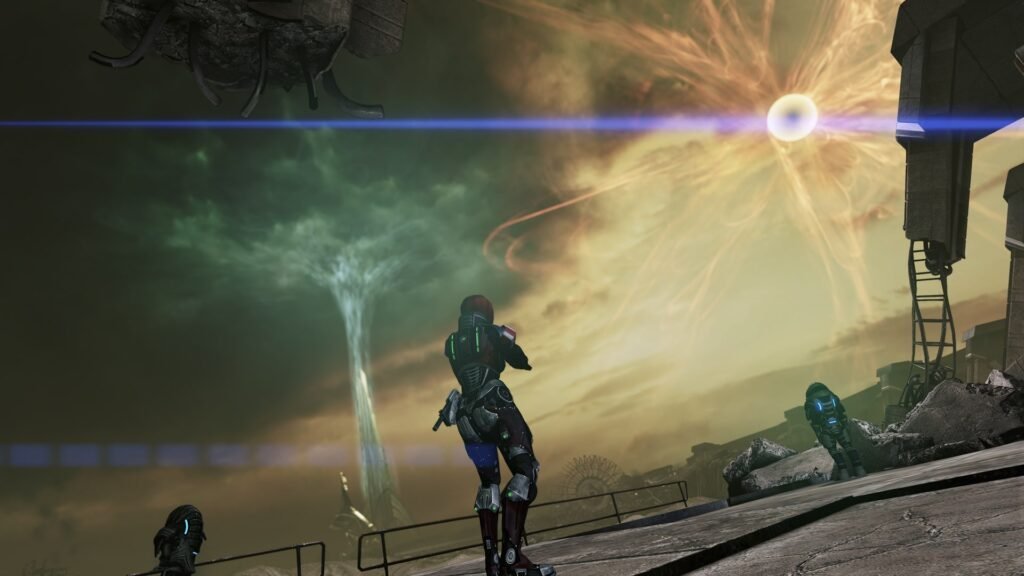 It’s fun to witness the gradual evolution of the series from 2007’s Mass Effect through to 2012’s Mass Effect 3. The gameplay, loot, gear, squad and driving in particular change greatly with each release. Having over 40 pieces of DLC content thrown in as well that spans all three titles turns the trilogy into an experience that could keep players immersed in the incredibly interesting world for dozens of hours, and that’s not even taking into consideration additional playthroughs making alternate choices along the way or playing on harder difficulties. Content is certainly the one aspect this experience is not lacking. 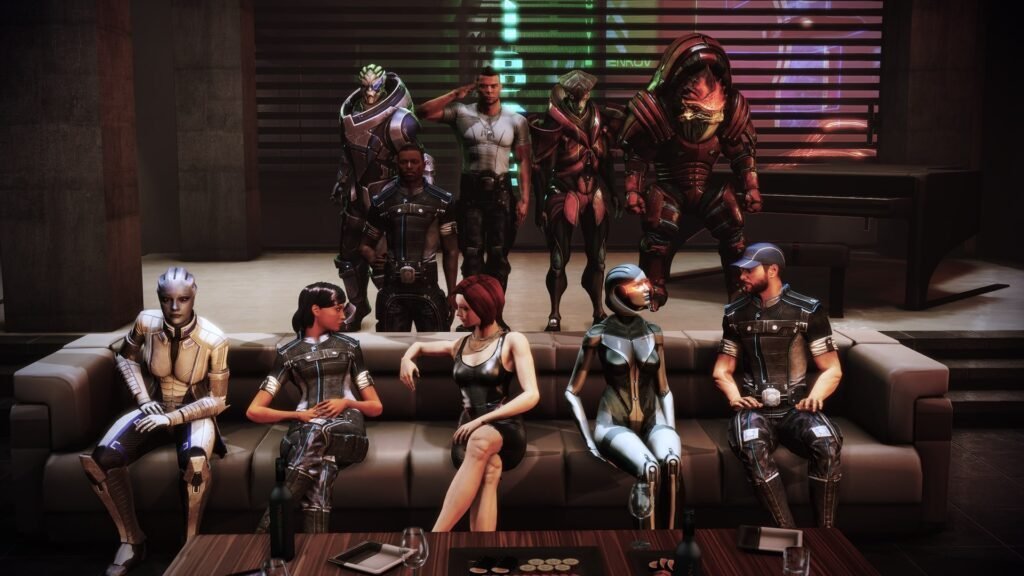 Mass Effect: Legendary Edition is more than a remastered collection of a beloved trilogy of RPG’s, it’s a gateway for new players to enter a franchise they may have left behind due to fear of getting into their dated looks and mechanics. For returning players it’s the opportunity to relive the epic saga in a close-to-current gen state. Mass Effect has never been more accessible, more enjoyable and more exciting to think about in terms of it’s future prospects than in 2021 with Mass Effect: Legendary Edition.

– Some plot points aren’t followed through in follow-up entries