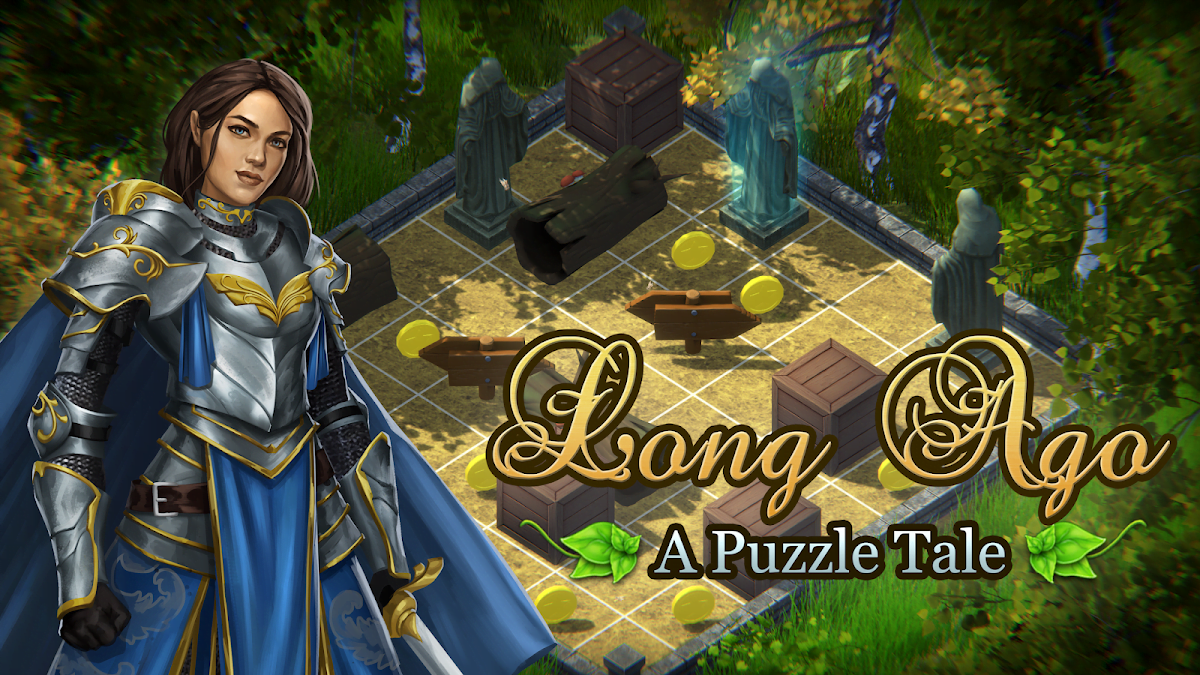 Long Ago: A Puzzle Tale is as described. It’s a puzzle game with a narrative that takes place long ago, its story told through rhyming narration in the style of a fairytale. Directing a stone ball across an isometric game board collecting feathers and coins comprise the gameplay with relaxing music in the background. For a light, surprisingly relaxing puzzle experience with an accessible hint system, Long Ago: A Puzzle Tale gets it right.

Spanning five chapters that each have six levels the story is straightforward in its concept. Laid out on the board are a number of feathers positioned in a manner that requires careful calculation to pass through and collect. 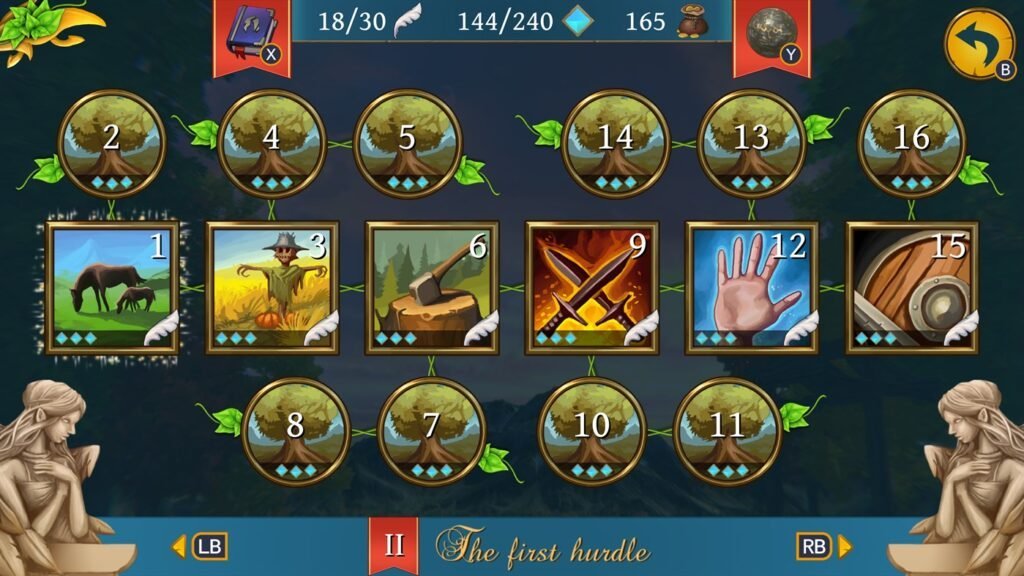 There are a fixed number of moves to complete each level, by collecting all of the feathers, that are displayed in the top left corner of the screen. Selecting any direction and launching the ball will cause it to travel in a linear path until it hits the edge or an obstacle such as a box. Unless I am not quite as sharp as I had thought it seems as though the number of moves available are exactly how many it takes to complete it. For example, with the exception of the very first level if the move limit is 8 it can’t be completed in 6 or 7 moves, it will take 8. With story progression the complexity of these levels increases and new gameplay mechanics are introduced. 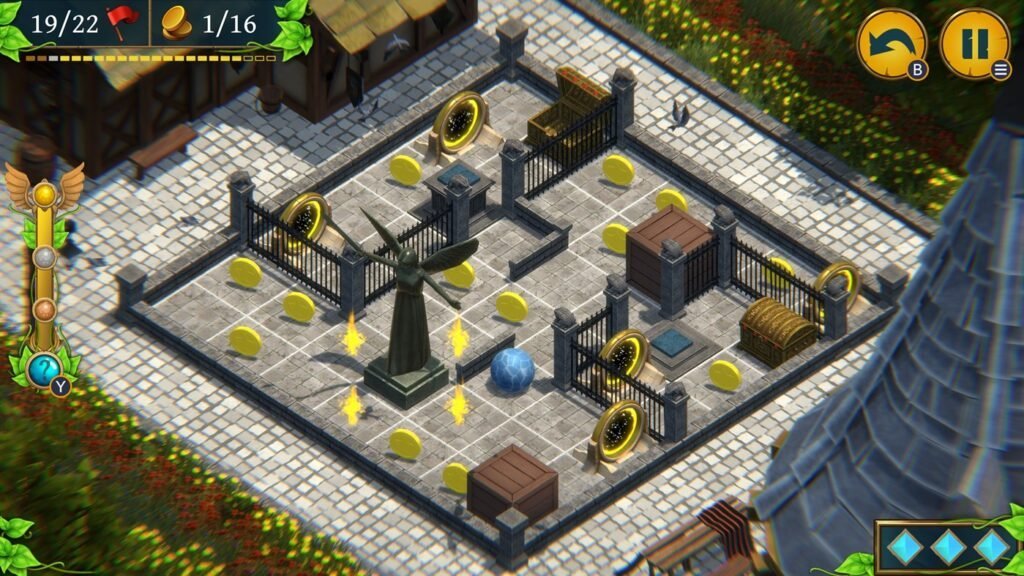 Upon completion of the six levels within a chapter an additional 10 levels become available. These additional non-story levels substitute feathers for coins to collect and while a move limit remains though in a slightly different format. Instead of the move limit present in the story levels, a varying number of gold, silver and bronze bars represent something of a scoring system. The number of bars present represents the maximum number of moves but completing the level while the bar is gold, silver or bronze depending on how many moves were used will award 3, 2 or 1 gem/s accordingly. The collected coins can be used to purchase alternate, purely cosmetic skins for the ball while the gems are required to unlock additional chapters and progress the story. 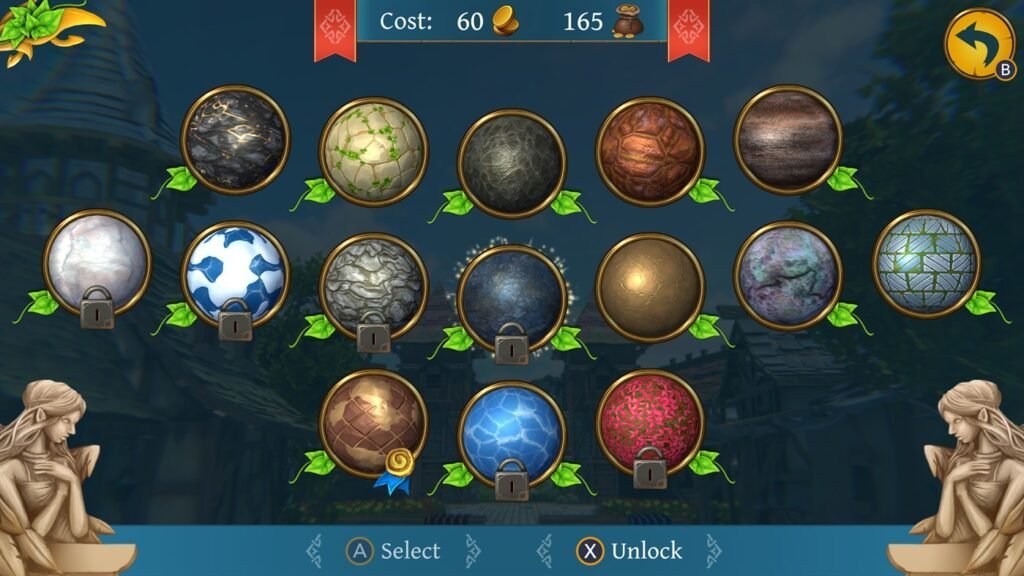 A rewind feature allowing moves to be undone and the inclusion of a hint system are welcome additions, making the puzzle experience a little more accessible for casual players as the complexity and difficulty gradually increases. The level can be restarted at any time but a simple press of the rewind button will undo an incorrect move and afford the opportunity to try again without having to start from scratch. The hint shows which direction to send the ball. A hint meter is gradually filled on the side of the screen that carries over through puzzles to be saved for later. This is an extremely thoughtful function proved to come in handy on a number of occasions, even as a player who regularly enjoys puzzle experiences yet still found myself stumped every now and then. 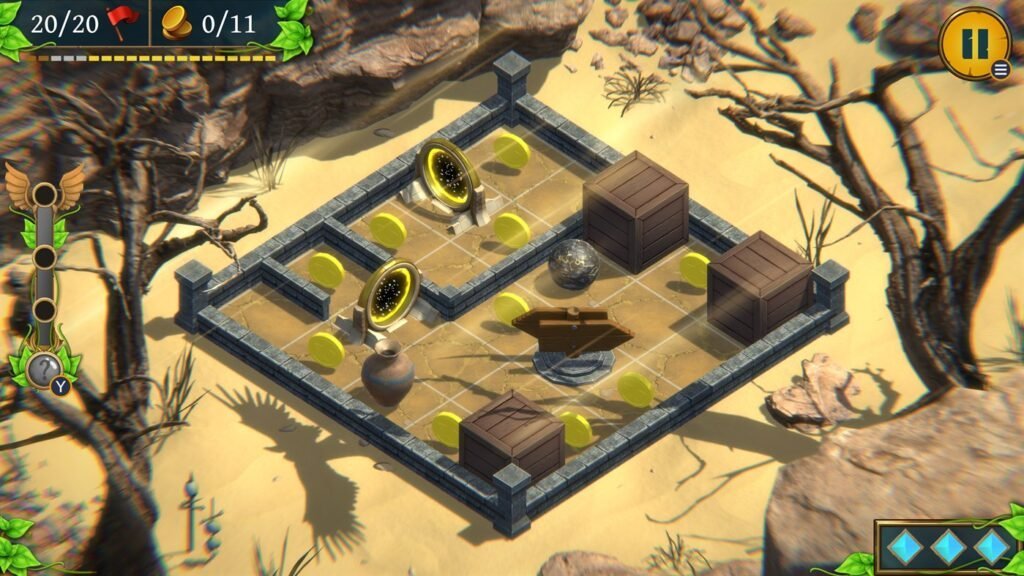 The screen can be rotated to provide varying angles and vantage points though they rarely shed any light on how best to approach a puzzle. A different perspective may help some players solve their temporary conundrum but overall it’s a feature that doesn’t seem to either help or harm the experience. 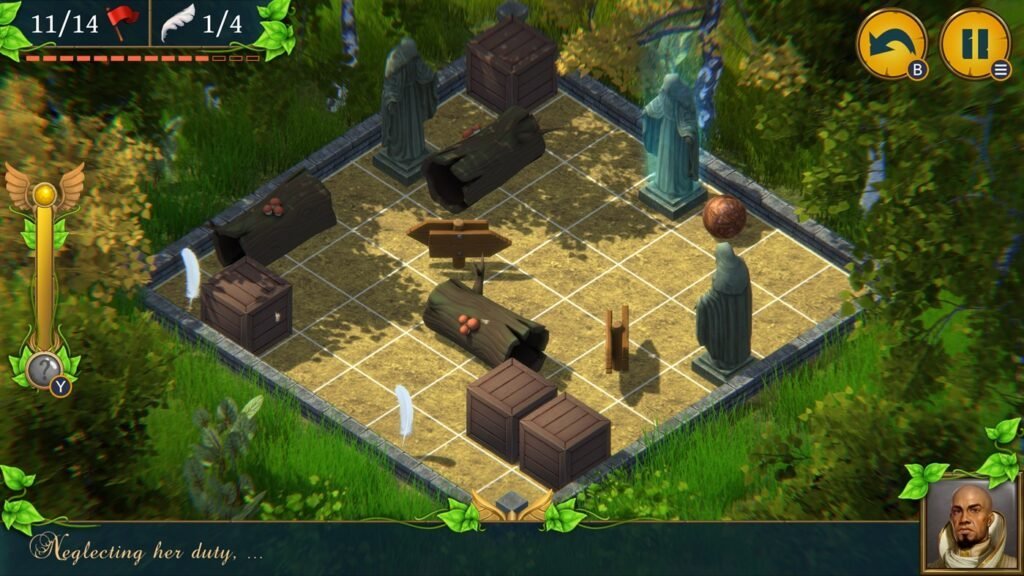 The vibrant visual charm and the cool character art compliments the fantasy inspired melodies that soothe and relax, a joy in any puzzle experience that could at any moment become stressful. The satisfying clink of coins, thuds of crashing into obstacles and enjoyable rhyming narration round out the audio-visual presentation nicely. 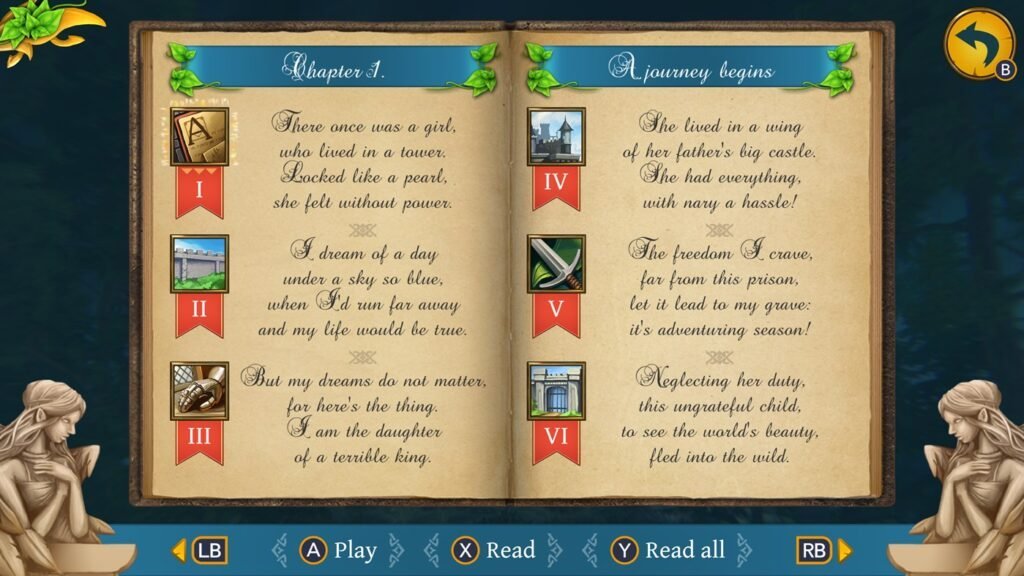 By offering hints and a rewind function Long Ago: A Puzzle Tale allows players to tackle the experience at their own pace, relying on their logic and calculation abilities at first with these accessibility backups as a crutch to fall back on if required. The soothing score and simple sound design keep it playful and light in tone at all times, a relaxing companion to potentially stressful puzzles. Casual players and puzzle fans alike can look forward to an experience that might just be the most approachable, accessible and relaxing puzzle game on console.