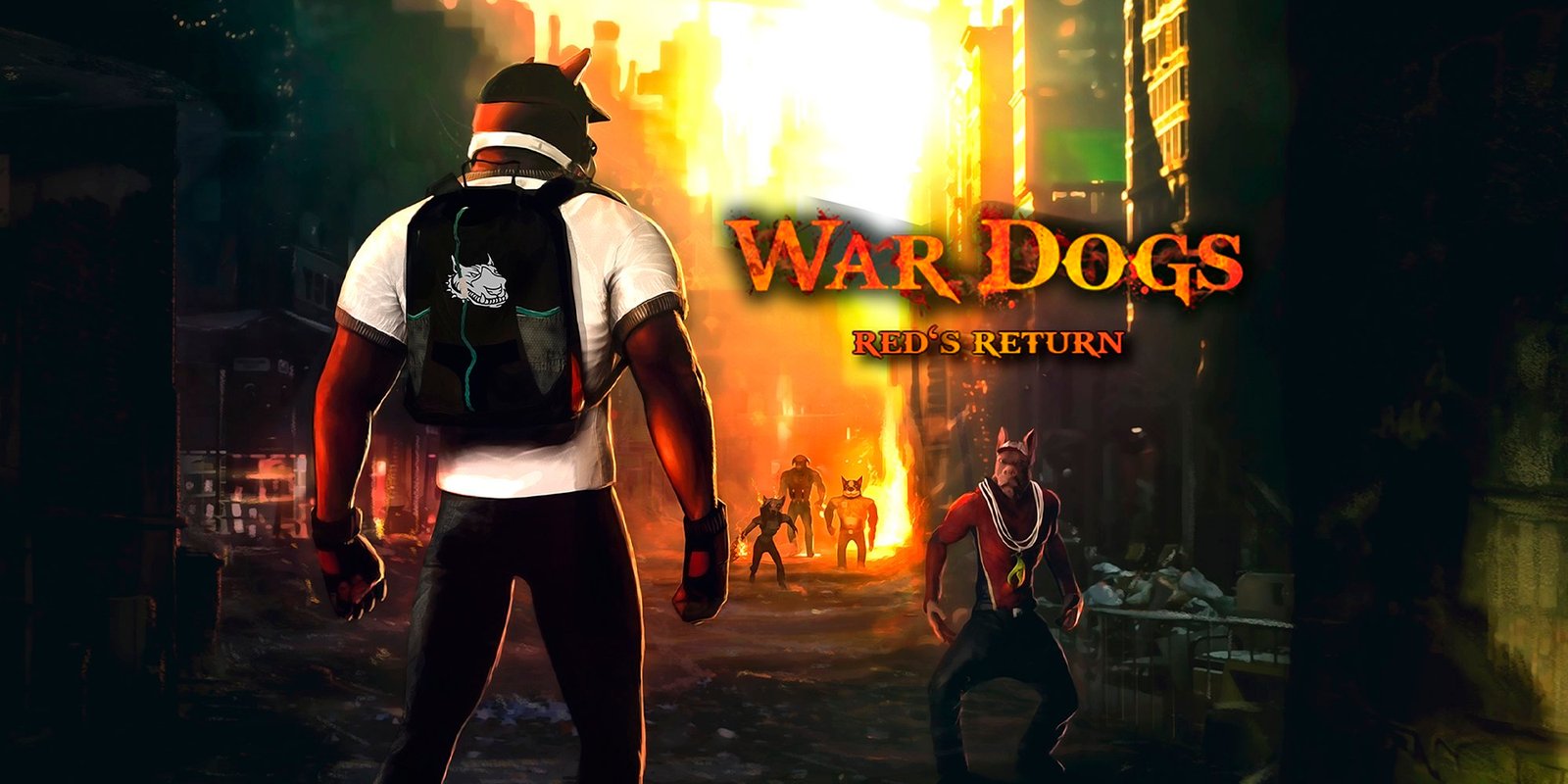 Inspired by old-school arcade beat ‘em ups War Dogs: Red’s Return is a 2.5D brawler featuring an anthropomorphic cast. Having returned to the city after a year long absence Red finds the neighbourhood of his childhood friend’s bar is set to be take over by a gang and is ready to start throwing paws to put it a stop to it.

Two modes are available from the get go in the form of Story Mode and Mission Mode. Story Mode is a typical progressional mode where completing one level unlocks the next with a total of 8 on offer. The comic/visual novel style cutscenes are a nice touch and work well with the overall art style of the game. The story itself isn’t particularly interesting but rather straightforward, serving little purpose other than to extend the length of this rather short experience. 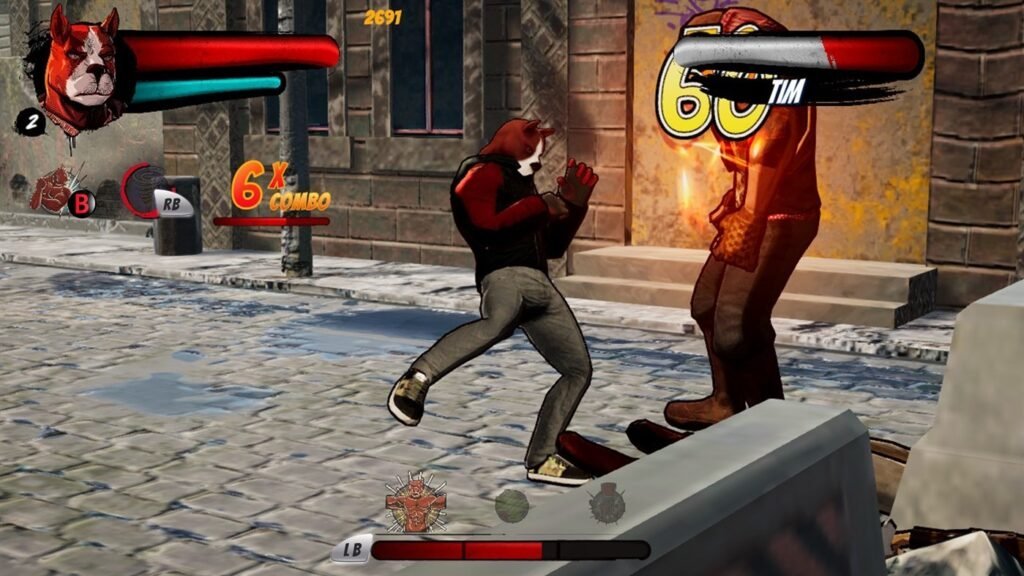 Mission Mode features missions graded by colour which indicates the difficulty level and includes horde missions containing a crazy amount of enemies to defeat. Those looking for more of a challenge than the Story Mode, which also offers a Hard difficulty, this mode is a nice complimentary feature. 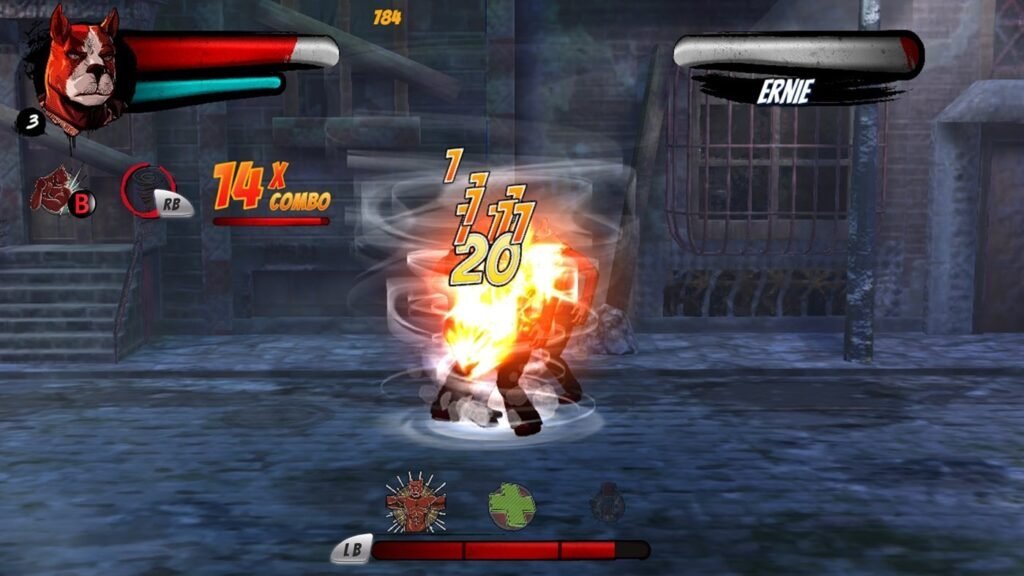 The gameplay is rather simple with a button to jump, kick and punch, stringing together combos to maximise damage. Jump attacks don’t feel quite right and moving across the screen is slow and sluggish, difficult to get to enemies quickly enough. Presented as a side scroller the chaos moves from one side of the screen to the other and feels legitimately retro. Skills are available that require a brief cooldown after use. 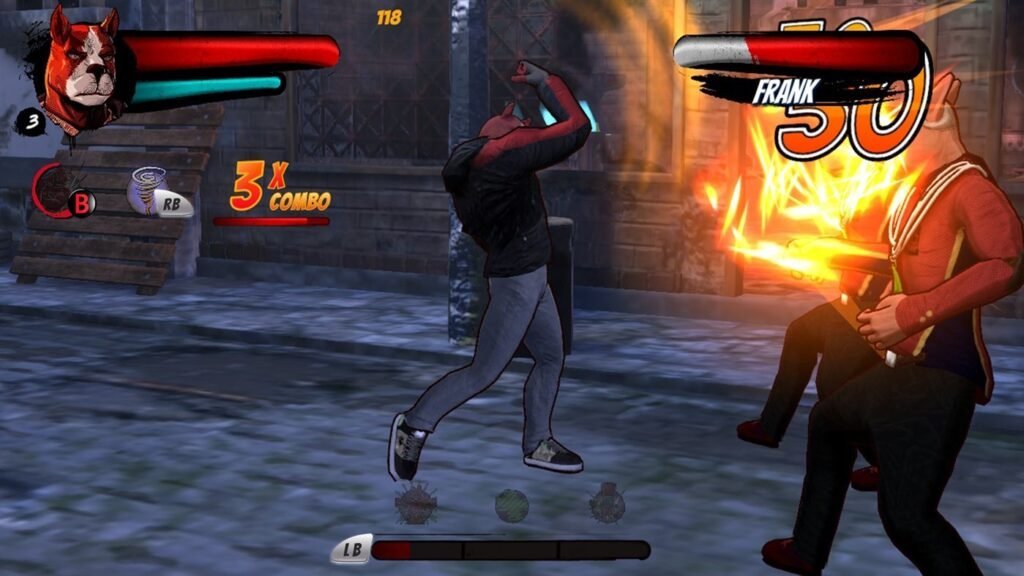 A health bar and defence bar are displayed at the top of the screen. Depleting the health bar will lose a life and when all lives are lost it is game over. The defence bar depletes with each use of the block button. Weapons can also be picked up and have their own durability bar to indicate when it will break.

Dealing damage, receiving damage and defeating enemies gradually fills a Rage bar, abilities called Breaks begin to unlock at regular intervals. The third and final Break is worth saving for, defeating all enemies on screen. 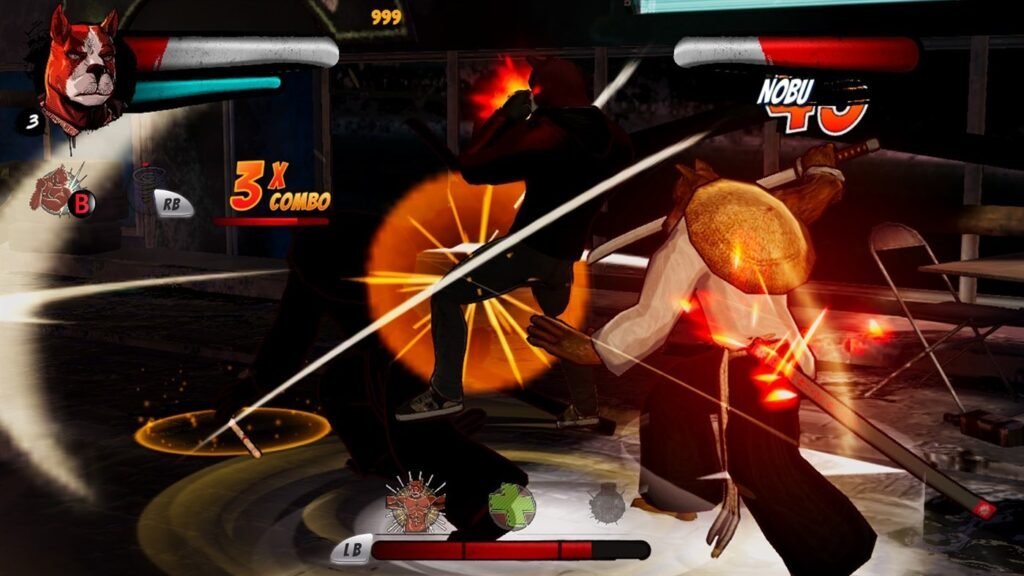 Two in-game currencies can be collected, money and crystals, which can be spent at the in-game store to purchase different cosmetic items such as hairstyles, hats, jackets, pants and much more. Implant chips and cores can also be bought that raise various attributes for Red to swing the action in the players favour.

The charming art design is authentically retro and the sound design is appropriately dated in a positive way. The anthropomorphic character designs are fun and the backdrops to the melee chaos are just as interestingly realised. War Dogs: Red’s Return feels like a title that wouldn’t feel out of place on an arcade machine 20-30 years ago. 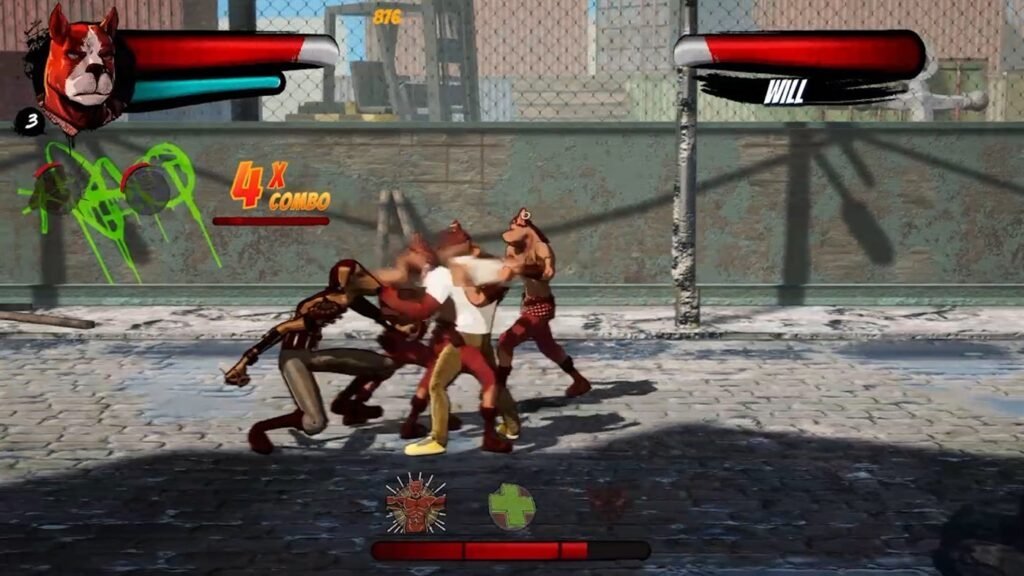 War Dogs: Red’s Return is a fun, simplistic retro inspired beat ‘em up. What it lacks in depth it makes up for in its charm and casual accessibility, resulting in a surprisingly enjoyable side scroller that offers decent combat, fun boss battles and cool customisation.

+ Mission Mode is a nice addition