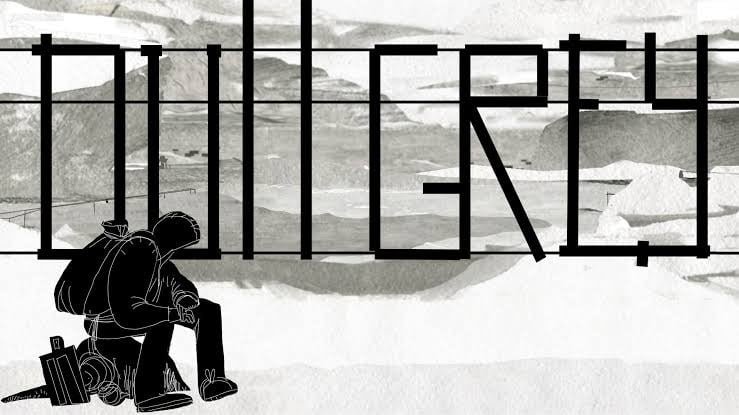 On the surface Dull Grey is an interactive tale of oppression taking place in an industrial Soviet world. Developer Provodnik Games have cleverly integrated the oppressive nature of the world the narrative takes place in with its minimalistic gameplay.

Choice is a luxury in this world and so too are the opportunities to make them in Dull Grey. While the trend of games requiring minimal input from players continues to be divisive, in this case it’s a statement, a frustrating truth of the “big brother”-esque world that the player’s character Kir inhabits.

In a way Dull Grey essentially plays itself and the player is limited to watching Kir’s life unfold before them, unable to interfere or take control of his destiny. There’s something poetic about the setting and approach to the gameplay that manages to effectively tell an emotionally sombre tale of a man unable to take control of his own life. Kir and the player alike are victims of the totalitarian government system in the striking monochromatic world. 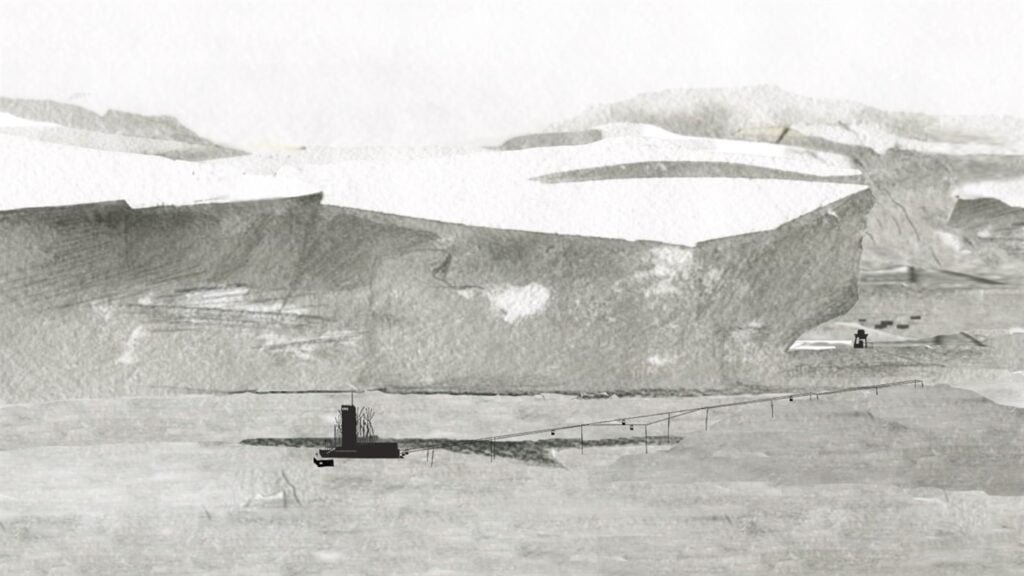 Freedom is often taken for granted and that expression translates effectively in Dull Grey in regards to its gameplay. From the player’s perspective it may be frustrating to witness events unfold with little to no opportunity to intervene, to wonder if their actions could make a difference and to know with certainty whether choice is merely an illusion.

These frustrations are shared by Kir in a world where his fate is determined for him and the path he’ll take already laid out. Surprisingly, the seemingly linear parallels of the narrative and Kir’s life reach one of a number of conclusions based on these choices, encouraging replay to see alternative outcomes. 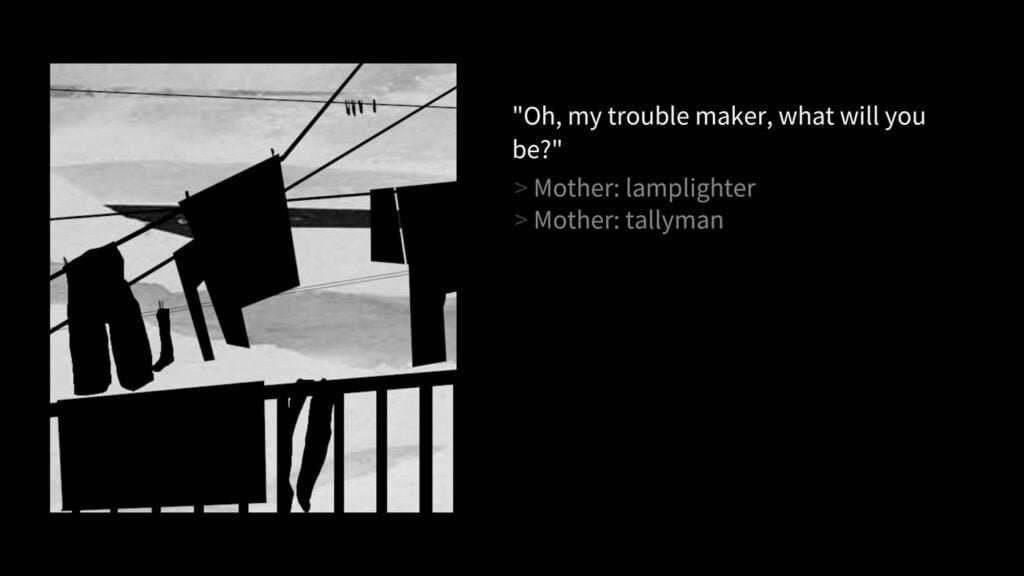 The gameplay is essentially reading text and very rarely making a choice. Visually limited to still images or panning shots, and with incredibly sparing but effective use of music, the presentation is very static, relying on the emotional impact of the text based dialogue to paint a picture full of more detail than can be found on screen.

The reliance on the story to tell itself and to breathe life into a world so visually stationary is bold and one that somehow manages to remain interesting through its brief 30 minute run time. The depth and impact of the writing carries Dull Grey through the near-automated affair and overall tells a story worth experiencing and worth revisiting to see the alternative endings. 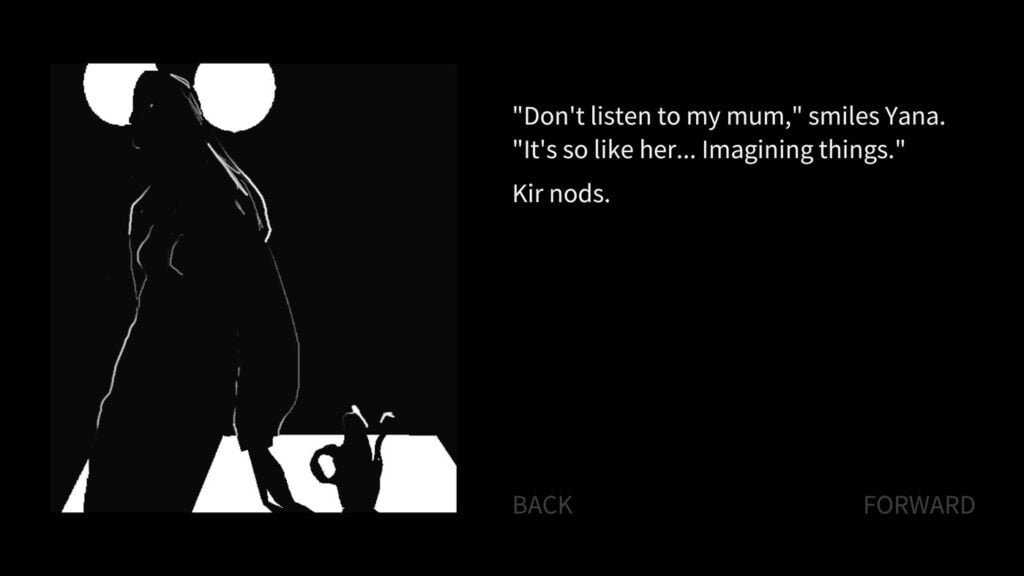 Fate versus free will and freedom versus oppression aren’t as black as white as they may seem in Dull Grey. Conversely, the black and white colour palette this tale is painted with works wonderfully as a visual metaphor of the government’s control over Kir and the world he inhabits. Kir seeks happiness, a thought so alien to him and one that is all but forbidden.

Witnessing this story unfold instead of controlling and more directly impacting it perhaps tells the story better than it would with player intervention. Genre fans and Achievement/Trophy hunters are in for a treat while players less familiar with the lack of player input may not enjoy or appreciate the experience in the same light. 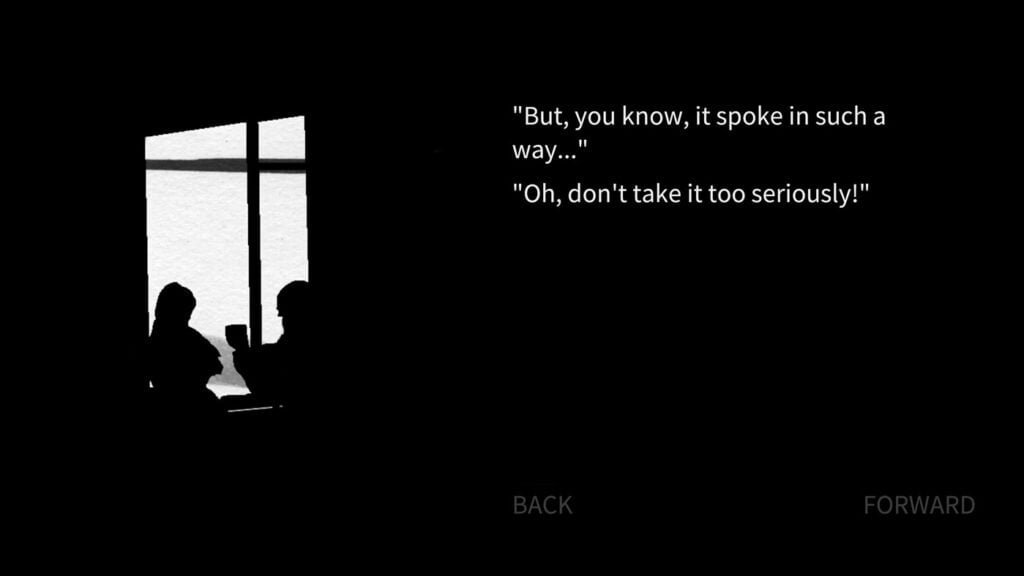 + Relevance of gameplay with the story

– Casual players may be alienated by minimal input 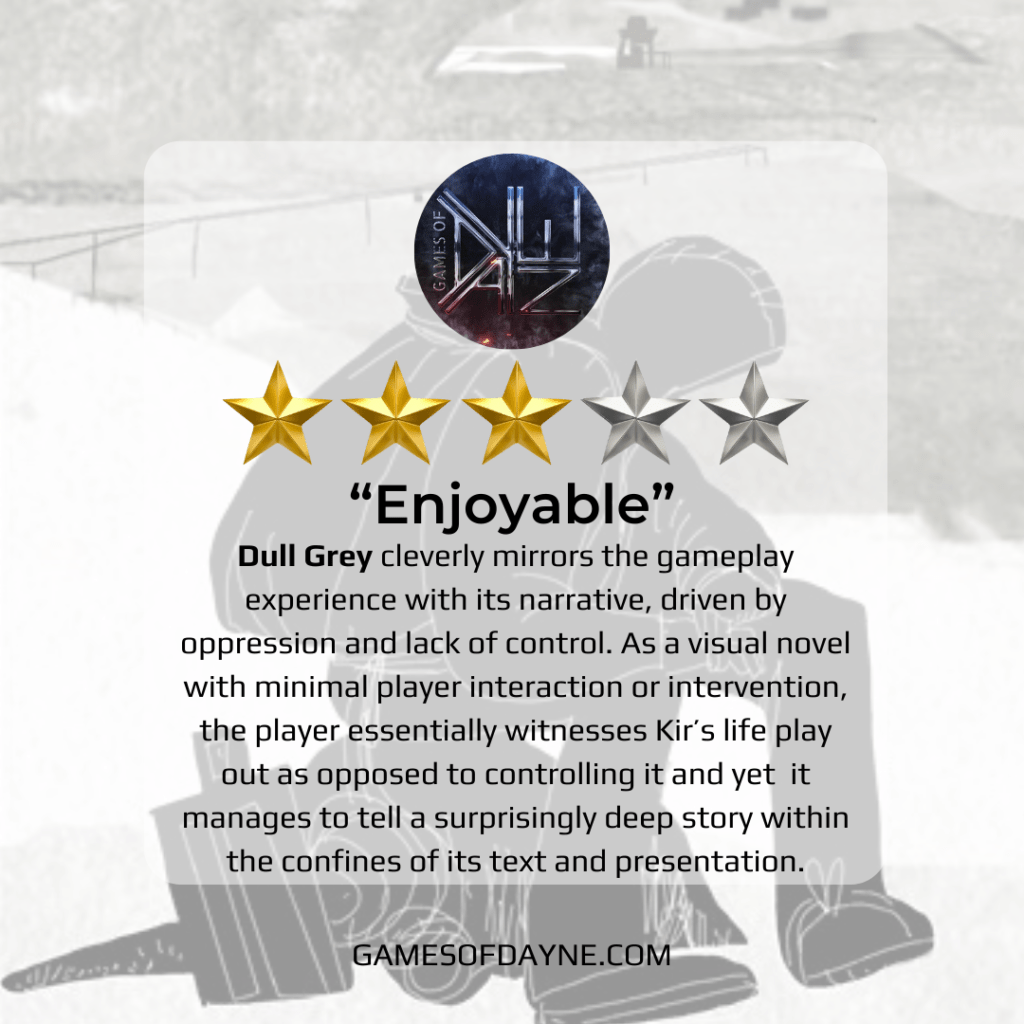