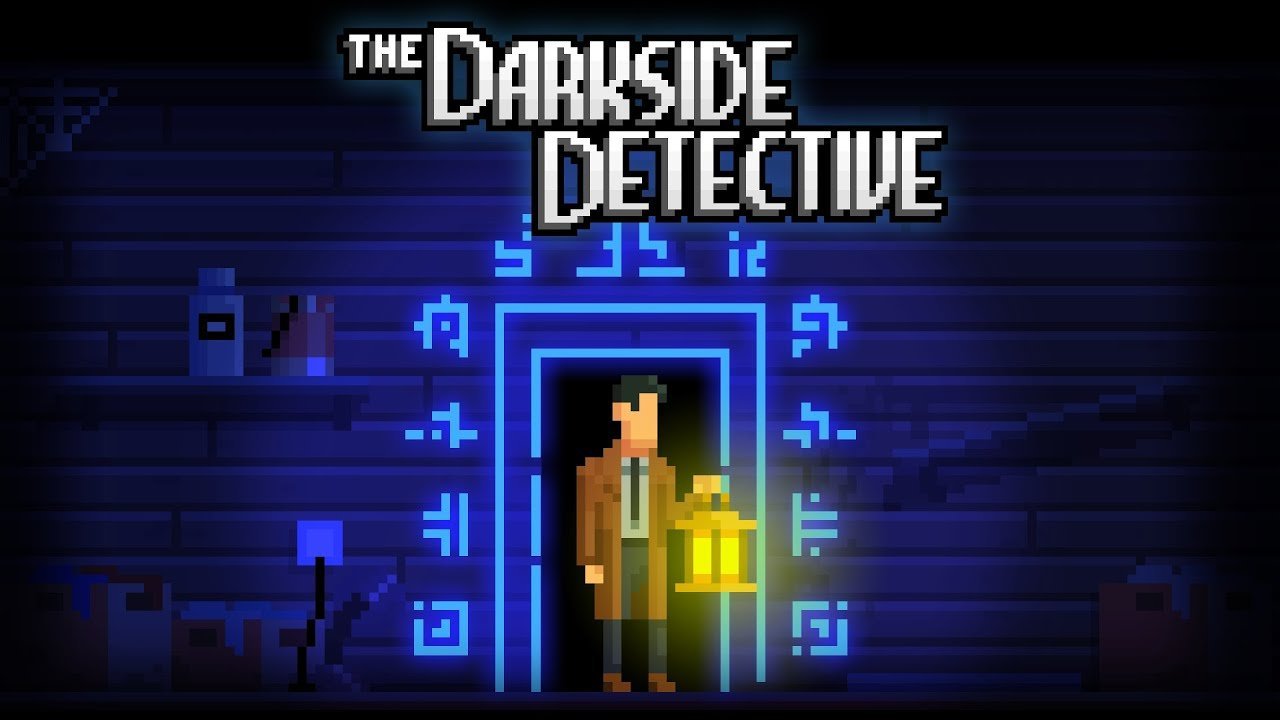 Detective Francis McQueen of the Darkside Division takes point in this supernatural click-fest. Packed with six investigations, three bonus investigations and an abundance of clever and amusing jokes, The Darkside Detective playfully makes its mark on the genre while referencing those that paved the way for it in the first place.

With idiotic and easily spooked Officer Dooley by his side, Detective McQueen must solve cases that take him from our realm to the Darkside in this enjoyably silly and clever adventure.

Each investigation gets progressively more clever and difficult in terms of the puzzle-solving while also venturing even further into the weird and wacky world of the Darkside. While some of the nine overall investigations can be done in as little as 10 minutes, most will take around half an hour for genre fans, possibly longer for casual players or those less familiar with the genre. 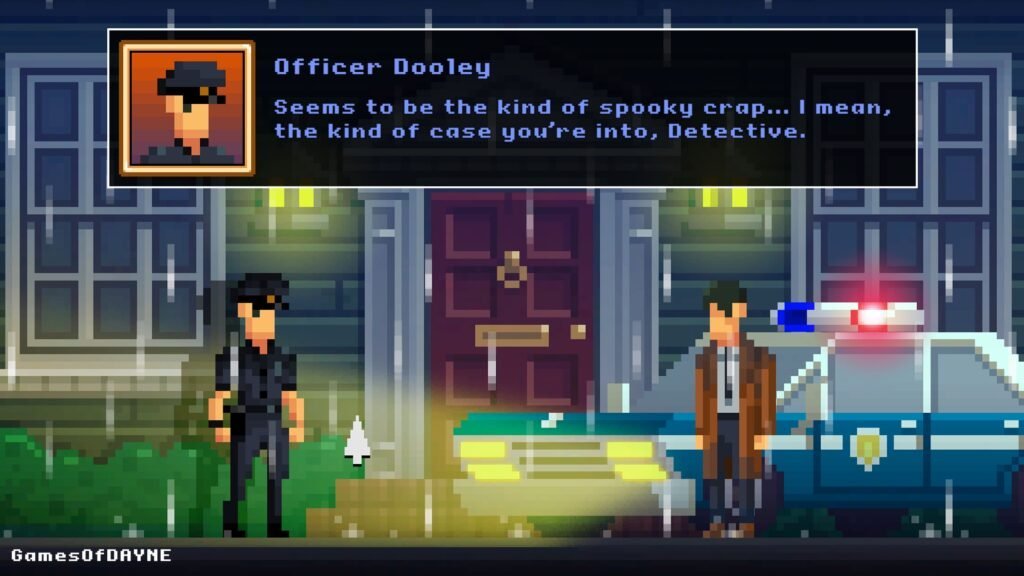 The quirky humour and wit that is ever-present with almost every supporting character is a joy, with most of the silliness and jokes landing more often than not. The Darkside Detective is such a treat for players that grew up with the likes of the old LucasArts titles such as the Monkey Island series, Indiana Jones and Full Throttle, with a familiar sense of satisfying puzzle-solving, charming pixel art worlds, enchanting characters and quirky storylines and plenty of amazing references to pop-culture. 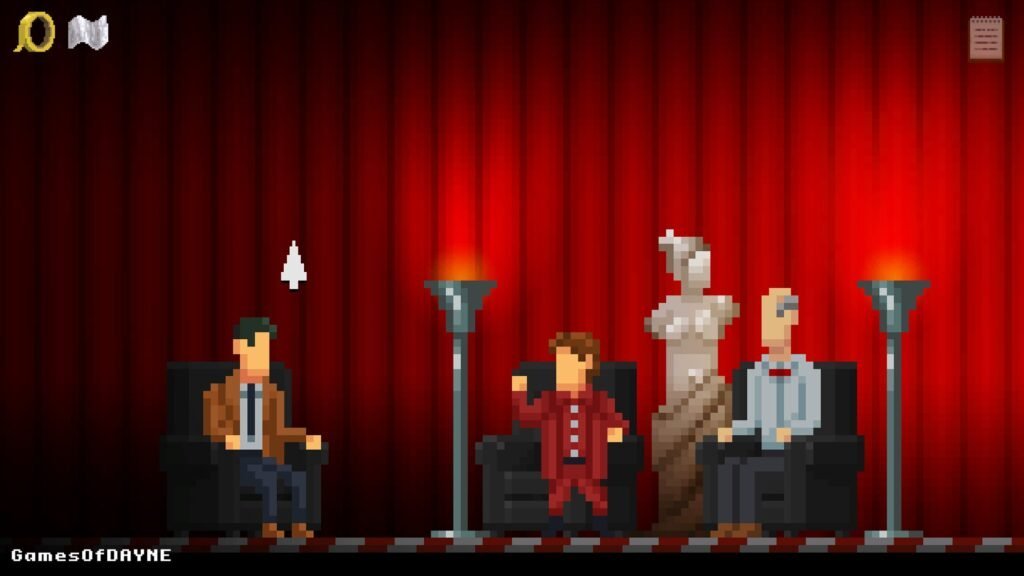 There’s a charm to pixel art titles that is often lost without the attention to detail of the world the characters inhabit. The Darkside Detective tells a collection of stories in a world (and beyond) that are interesting, charming and just generally joyful. A varied range of environments that explore our world and that of the Darkside are befitting of the point and click adventure that takes place and allows for some creative alternate takes of the same location in some cases. 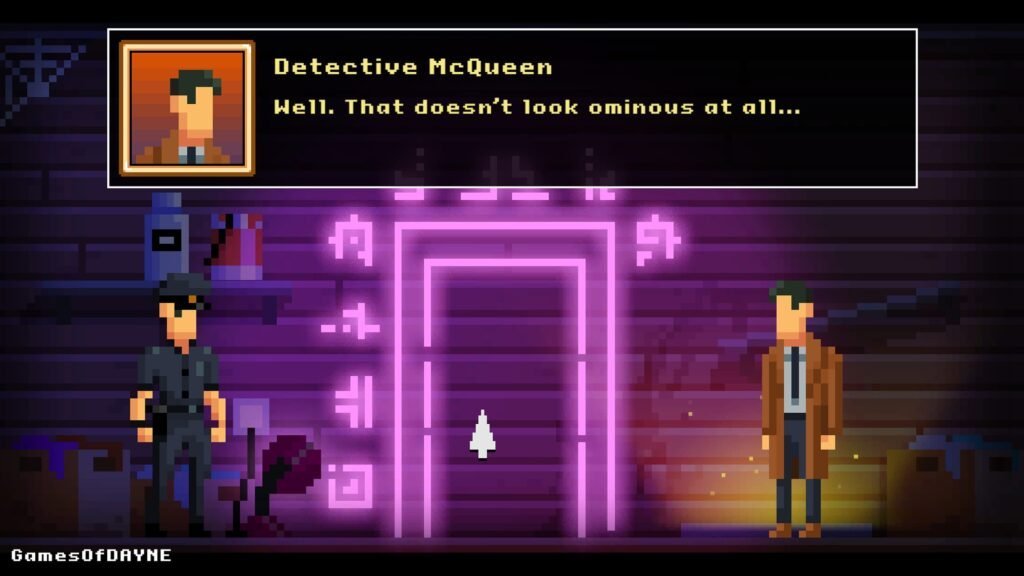 The score is moody and ominous, resembling a thriller in effective fashion. Whilst the score is enjoyable it does sometimes feel at odds with the comedic tone of the character interactions and dialogue. Some jokes don’t quite hit the same with a serious and tense beat in the background. This doesn’t take away from the effectiveness of either individually but when layered together it doesn’t quite blend as well as it could if the score was a little more diverse in tone. 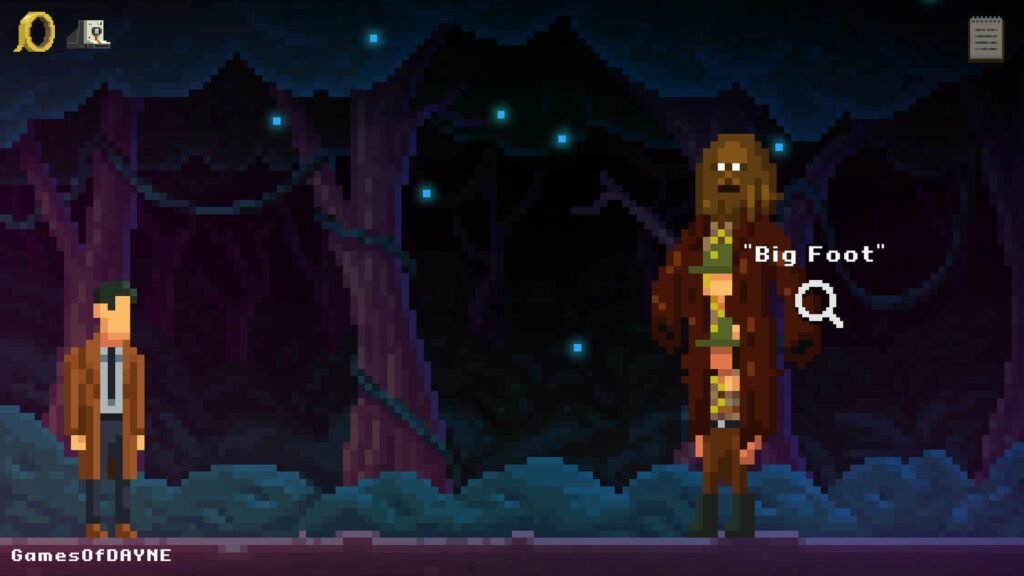 The Darkside Detective is an authentic addition to the beloved point and click adventure genre that still lives on and strong today thanks to titles like this. It’s funny, interesting, unique and quirky enough to satisfy the most casual of players while proving enough of a challenge for genre fans to keep them from being complacent. As a text based narrative driven point and click adventure, The Darkside Detective is true to form and has the potential to be an enjoyable franchise for years to come. 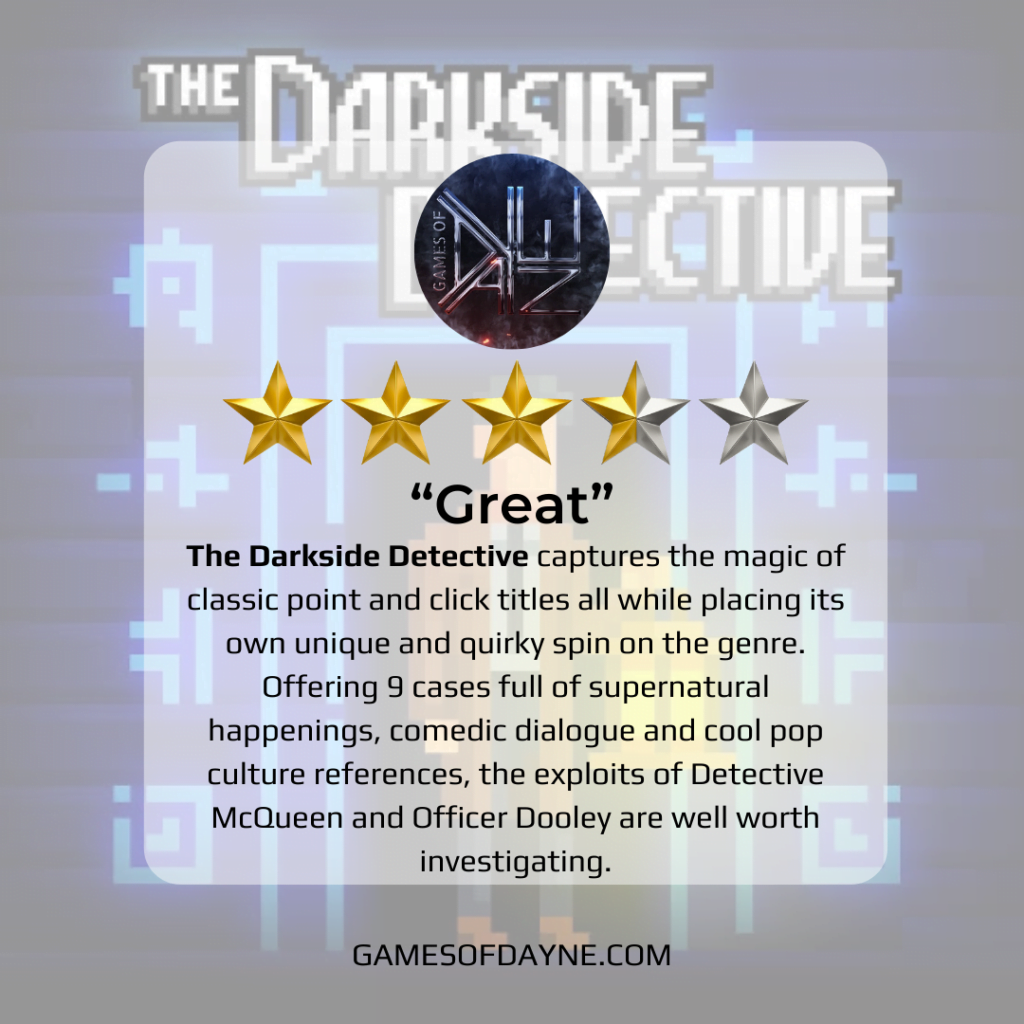