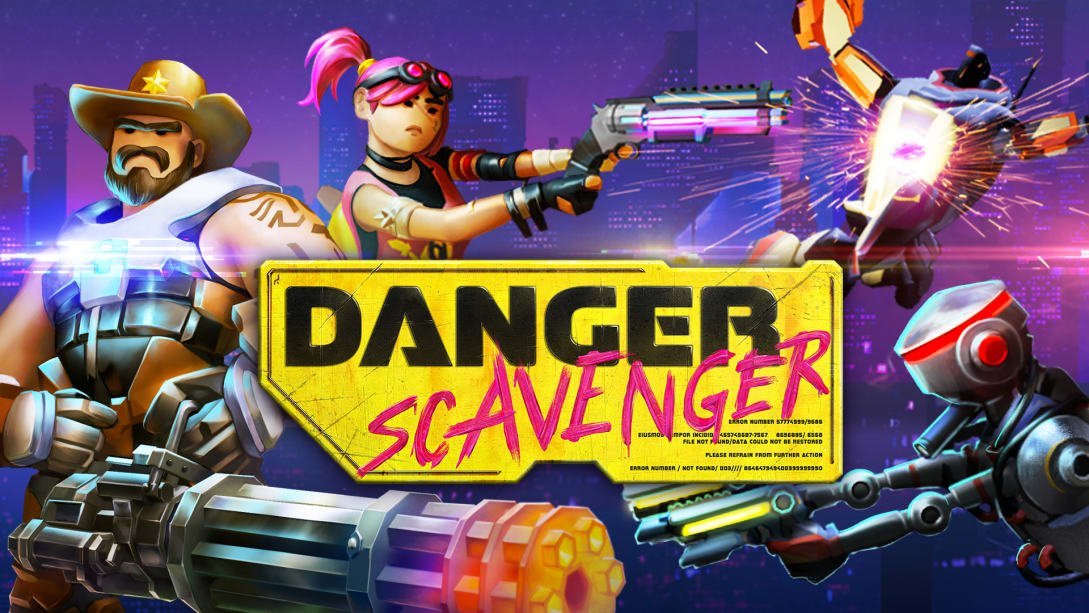 (Reviewed on Nintendo Switch by Games of DAYNE)

Set in a cyberpunk-themed world where technology rules the day, Danger Scavenger is an action packed roguelite that puts players in the role of one of four Scavengers as they attempt to survive and explore the sprawling skyline of a digital metropolis.

Defeat sends the player back to start all over again, placing a sense of urgency in the player and their survival instincts while encouraging the calculated risk vs reward dilemma that make or break the playthrough. With satisfying gameplay and an increasing difficulty challenge, Danger Scavenger takes dungeon crawling to the skyline with its cyber action.

The Star Drifters developed title seamlessly blends the fast pacing of twin-stick shooters with dungeon crawlers in the cyberpunk setting with ease. Surviving the dystopian skyline has that typical roguelite balance of enjoyment vs frustration with losing it all upon defeat. Survival is satisfying and though defeat means back to square one, the lessons learned prove useful in making future runs more successful and therefore increase the enjoyability. While the plot itself leaves a little to be desired, the premise of a world taken over by AI that uses its legions of robot armies to enforce their rule works well enough with the gameplay to provide context as to why the player, known as a Scavenger, is raging against the machines either alone or with one other player. 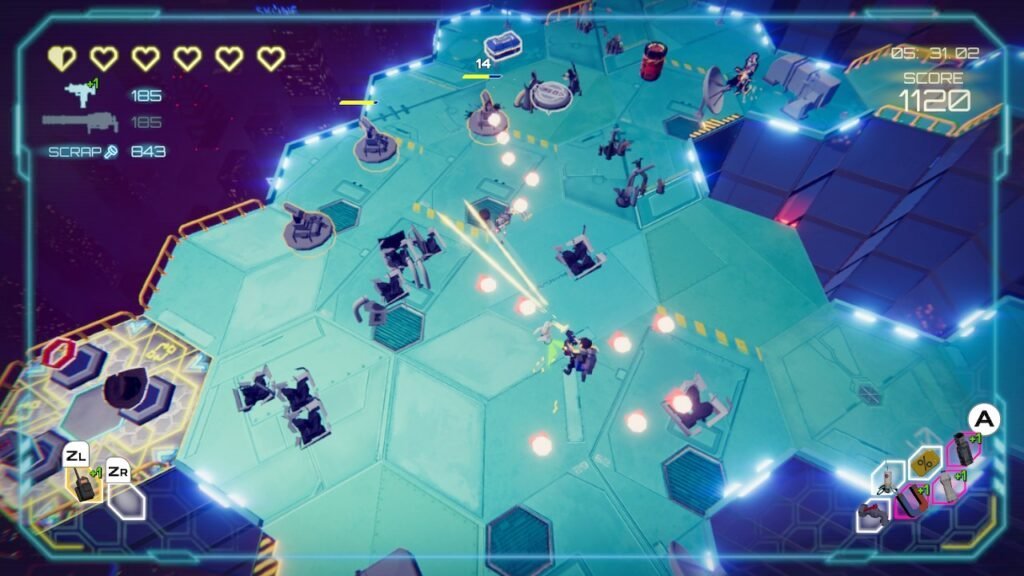 Each run starts with the player selecting their Scavenger from one of four, with each Scavenger bringing unique skills to the table that encourage experimentation and replayability to see who works best for your preferred play style. With no tutorial of any kind, the player is dropped in a fight or flight situation to figure things out on the fly. 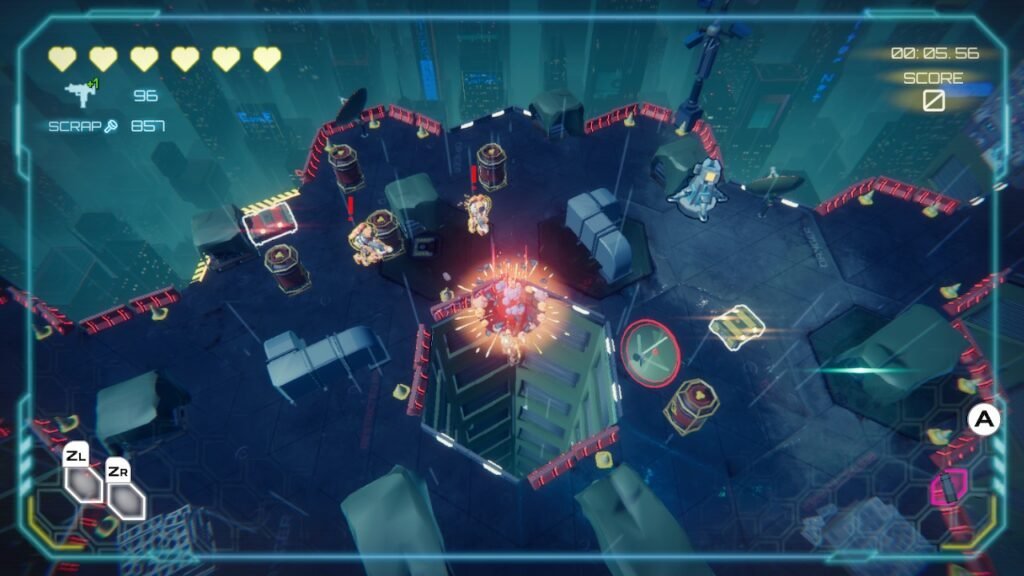 The game is played from a top-down isometric perspective in levels that consist of small areas that connect to the primary path, allowing the player to choose branching paths on their ascent to the top of the tower. These areas contain varying enemies and objectives, ranging from wave based encounters requiring survival while a computer hacks a server, typical enemy clearing areas and boss fights against elite enemies and their mechanical goons. The aim of the game is to simply survive the ascent of the tower while defeating every enemy and completing every objective along the way. 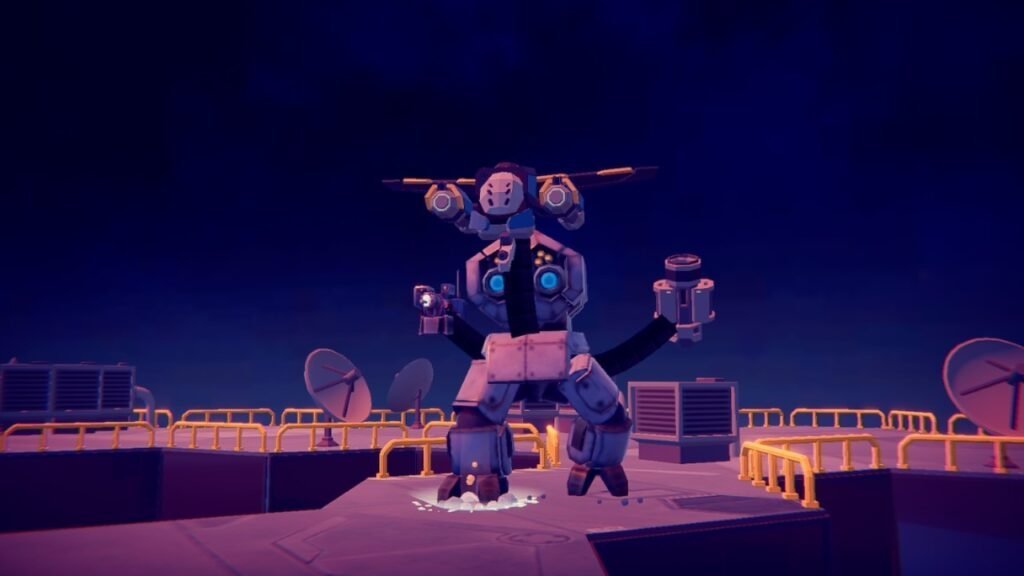 An impressive variety of ranged and melee weapons can be found and switched at will that keep the combat interesting and engaging. Completing a level allows any scrap collected throughout, as dropped resources or from environmental exploration, and used to upgrade equipment from the workbench in the hub area in between levels in preparation for the next. Defeat will result in all obtained items being lost and having to start from scratch. Danger Scavenger will certainly test player patience, particularly for casual players. Failure allows familiarity of the gameplay and areas which makes future attempts a little easier though overall it’s quite a difficult experience.

Visually Danger Scavenger is vibrant and appropriately dystopian, complemented wonderfully by a techno style score. The overall presentation compliments the pacing of the gameplay. 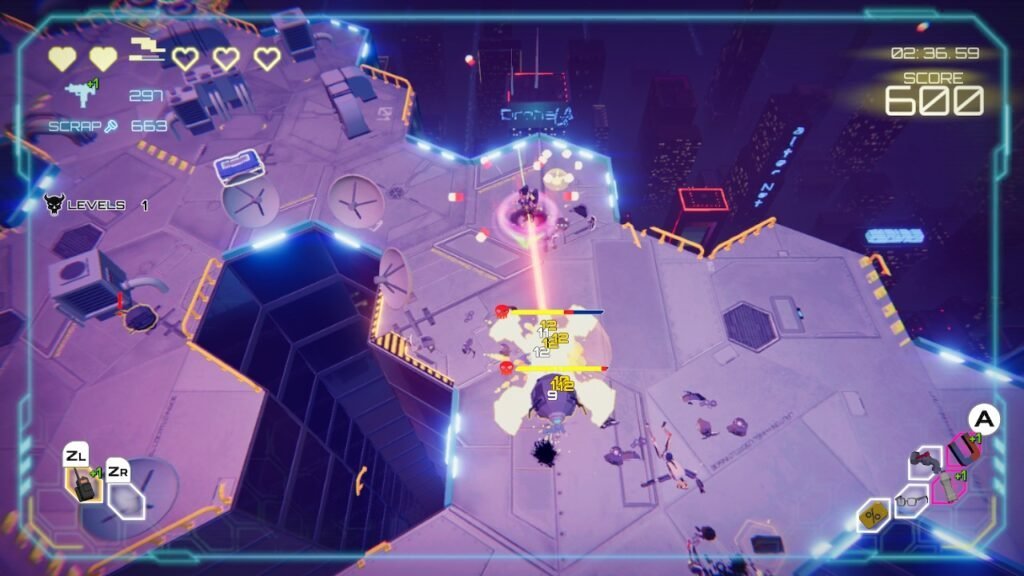 Danger Scavenger is a decent addition to the genre and offers a challenge that is likely to divide players. Those familiar with genre will enjoy the difficulty but frustration is all but guaranteed for casual genre players like myself. A diverse arsenal and wide variety of enemies keep the experience interesting and successful runs feel very rewarding. The cyberpunk theme is consistently presented visually and in its sound design to feel like a refreshing change of scenery for the genre.

– Quite difficult for casual players of the genre