Taking place in an alternative history setting, Paradise Lost tells the tale of a 12 year old Polish boy named Szymon on a mission to find a woman who once knew his mother. The exploration of a Nazi subterranean bunker used to develop atomic weapons that ravaged the European continent is more intriguing in theory than in practice. Paradise Lost hooks you with its premise and fails to live up to the haunting atmosphere it initially sets up.

Szymon’s mother is gone and the answers to his unanswered questions lay deep within this bunker used to facilitate a catastrophic nuclear attack. Designed to enable the survival of the most elite of the Nazi regime during World War II, which lasted until 1960 in the Paradise Lost timeline, this bunker is more than concrete and steel. It’s a labyrinthian underworld with its own food production facilities, nursery, prison, dam, lake and forestation. 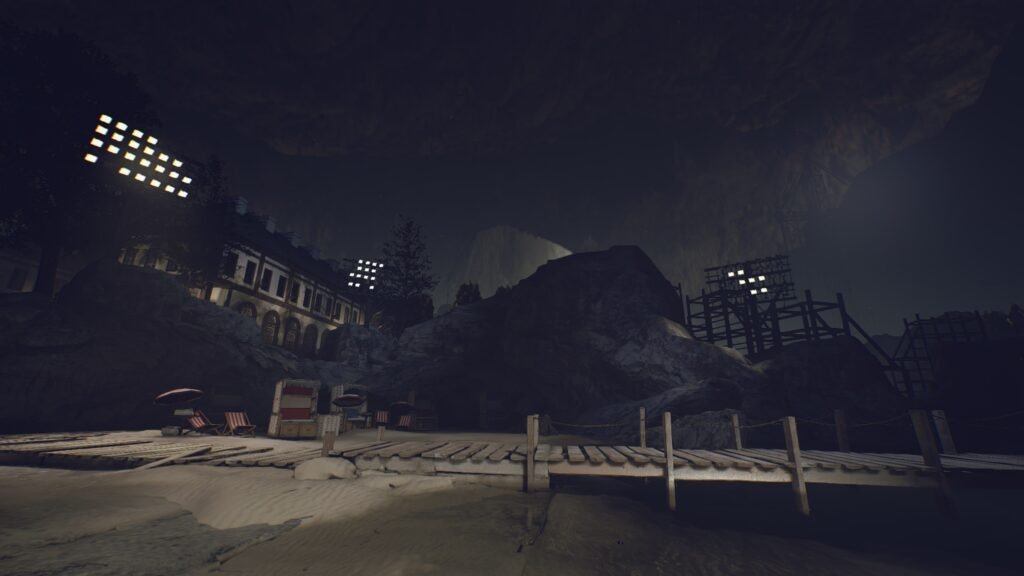 In very Bioshock-esque fashion Szymon is alone for majority of his journey until a mysterious woman named Ewa begins to communicate with him via radio. No longer completely alone in this abandoned and desolate bunker, Szymon is guided by Ewa as he descends deeper into this former safe haven of the totalitarian Nazis. To make navigation difficult there is no visible waypoint or indication of where to go. No journal, no map, nothing but the guidance of Ewa at inconsistent intervals. The way forward is pretty linear but labyrinth of rooms, corridors and semi-open areas in each of the five chapters could just as easily confuse or disorient players not paying attention to their conversations with Ewa. 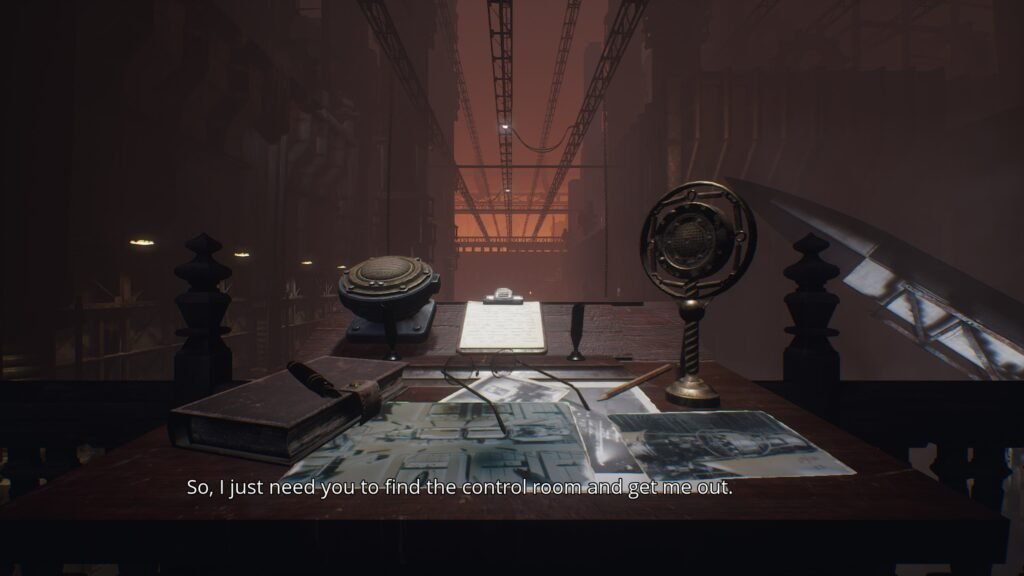 Interacting with doors, levers, buttons, gaps to squeeze through and ledges or ladders to ascend or descend comprises majority of the gameplay with the exclusive exception of walking. Make no mistake, Paradise Lost is a walking simulator. There are documents to find and read that provide insight into the happenings before the bunker was abandoned but they are uninteresting and fail to meaningfully build the world that on paper sounds so fascinating. Paradise Lost is just as empty narratively as it is figuratively and as a result the player is unable to form any kind of attachment to the world, it’s protagonist or the story that is told. 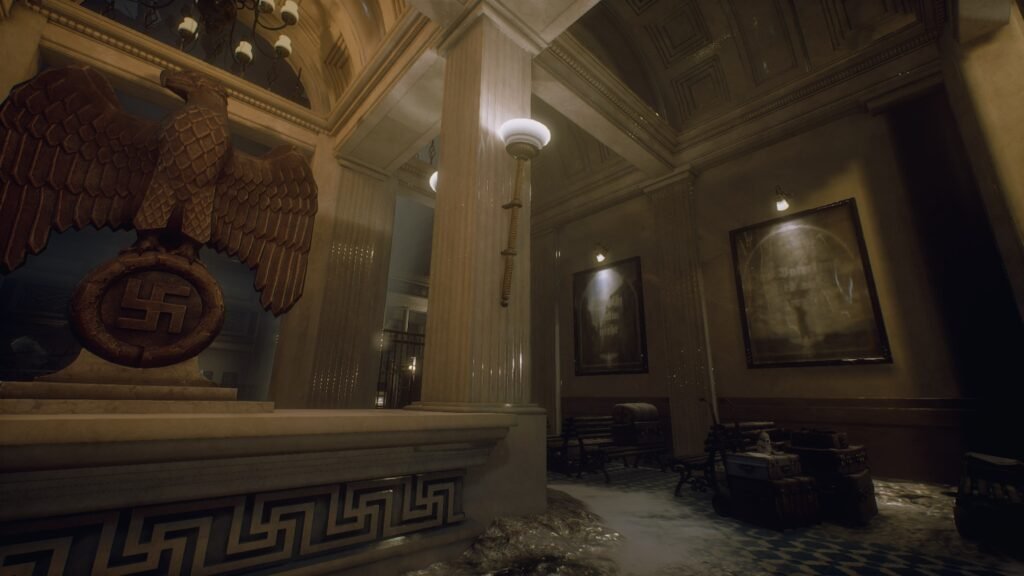 To make these interactions worse is the slow and clunky animations that accompany them. Climbing onto a train at about shoulder height is a five second ordeal and these instances can be pretty close together. It seems petty to nitpick animation speed but with their regularity and the already non-existent pacing issues it meshes together to create a slog of an exploration experience. Slow, empty and without purpose, it’s hard to see the approximately two hour ordeal as more than a chore.

Where the narrative and gameplay fall short almost across the board Paradise Lost manages to deliver a rather a beautiful yet gritty and desolate world. The environments that exist in the subterranean bunker allows for some pretty creative visuals that certainly deliver. The reflective surfaces of the lavish mansions and housing compound for the elite sect are notably impressive. The depiction of the state of decay this lost paradise has succumbed to is one of the only beacons of light in this experience. 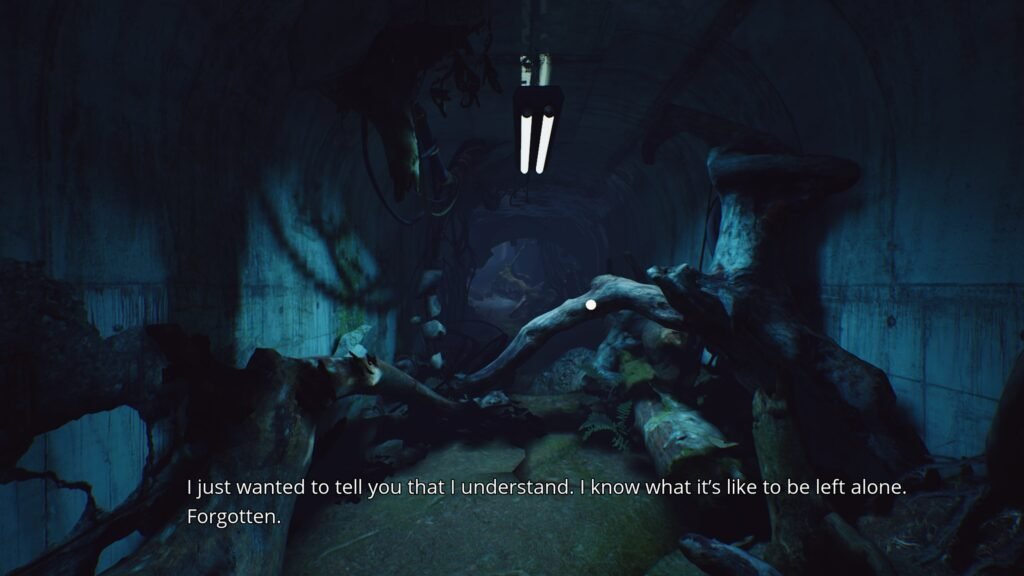 The sound design nails the atmospheric tension and ominous sense of abandon in the decrepit Nazi haven. The score can be haunting, even beautiful at times but it feels wasted thematically when the context of the gameplay feels at odds with it. With a different story and paced gameplay the overall audio/visual presentation would feel more cohesive, consistent and rewarding. 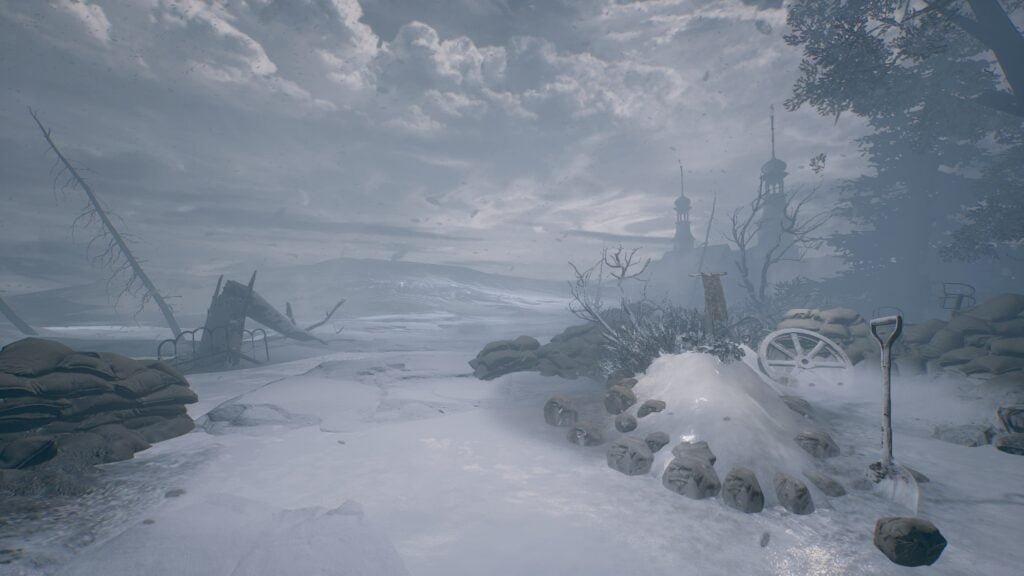 Paradise Lost ticks all the boxes on paper. Creative, unique and intriguing premise and setting but the story feels like it’s there just to meet some criteria, failing to feel meaningful or worthy of attention. It looks very impressive at times and the score alludes to a false sense of tension and emotion that simply don’t exist in regards to the story and the gameplay. Having followed Paradise Lost through its development I was still surprised to see it turn out like this. There’s something here but just like the remnants of the Nazis in Paradise Lost it’s hidden deep within, existing more in theory than in reality. 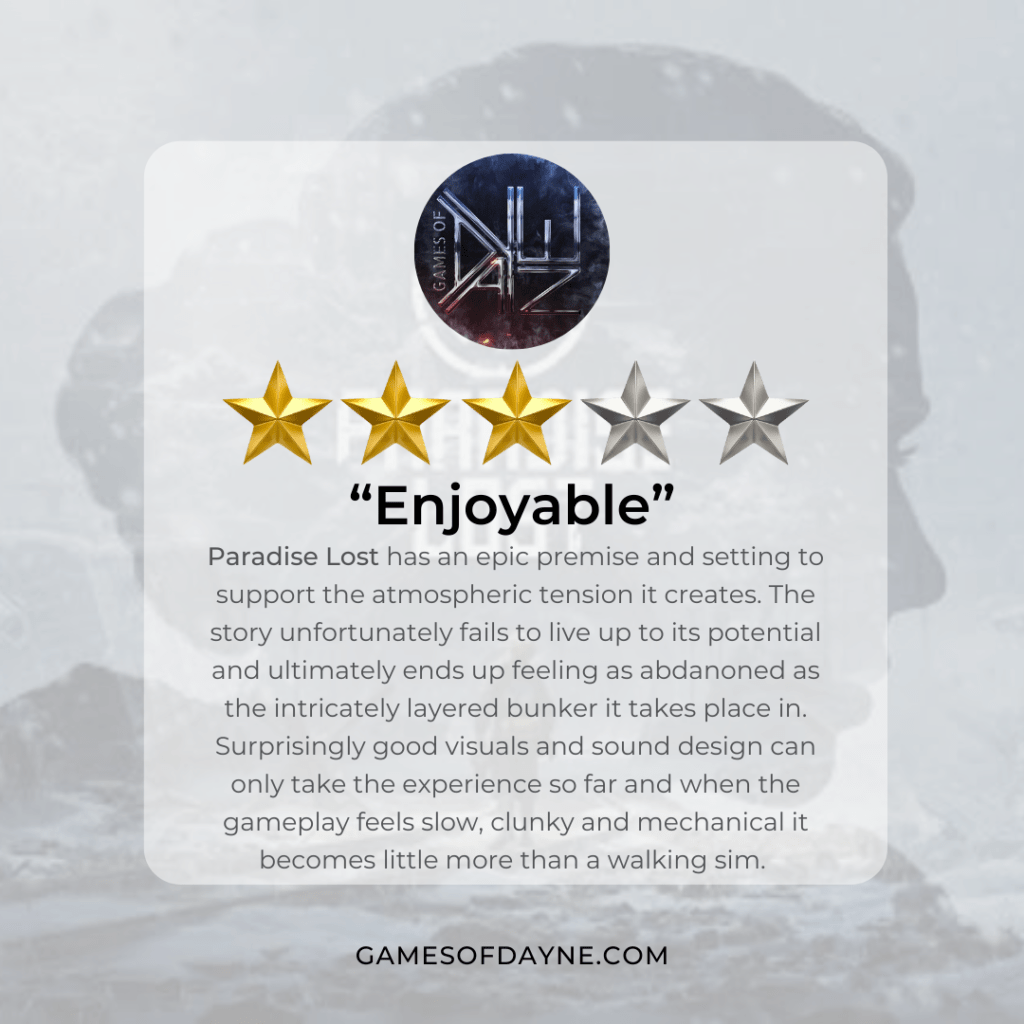 Published by: All In! Games