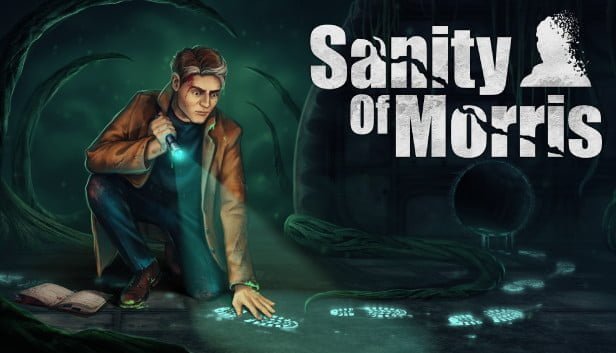 I recently had the privilege of interviewing the Narrative Designer at Alterego Games, Matthijs Karmer, about the upcoming Sanity of Morris. Having played through the psychological horror experience a few times I had some story-driven questions to throw his way. You can find our exchange below the announcement trailer.

Games of DAYNE: Sanity of Morris is a clever title, as the sanity of both father and son come into question regularly. Was the decision for this experience to unfold with John following in his father’s potentially crazed footsteps one that was decided early? Or did your initial concept evolve from simply following one or the other?

Matthijs Kramer: Haha, such a wonderful question. Yes, the title is very much intentional. It was part of the concept as soon as we knew we were going to have a father and a son as main characters. There are two interpretations to the title and we aim to have you questioning about which of the two is the true meaning from the start right up until the end of the game, and beyond…

Games of DAYNE: The narrative is well layered, leading players on what seems like a simple search for John’s father before embracing the extra-terrestrial. Was the concept of possible alien existence something you were committed to from the start?

Matthijs Kramer: The idea of alien conspiracy theories, crop-circles and tin hats on the one hand and having the player dismiss it as nonsense at first on the other hand, had been part of the first prototype we made. There are people in our society that believe extraordinary things, what if they are true? What if they are not? There’s a tension there we wanted to capture.

Games of DAYNE: Collectibles and interactable logs, whether they are written or audio based, are often divisive among players. There seems to be a fine line between collectibles being simply means to an end, ie Achievements or Trophies for some players, feeling like tedious distractions or being an enjoyable component to the broader mythology of a world and its characters. I really enjoyed how well these were implemented in Sanity of Morris. The different types of collectibles, being pictures, journal logs or audio files, were all interesting and relevant to the narrative, leading up to and including the events of the game. How did you go about the process of deciding to implement these and how important was it they be a meaningful companion to story?

Matthijs Kramer: Well actually, there’s been a lot to do about collectibles within the team too. We envisioned them as being ‘extra to the story’ only at first. Because the average gamer might not collect them and would miss out on important stuff. In the end, we do think collecting them will give you a richer experience and a better understanding of the plot. A mixed blessing. Yes, it rewards the collector-gamers, but the more casual player might be missing out a bit on the intrigue. In our next title we’ll make more distinct split between ‘collectables’ simply for achievement hunters and ‘story-enhancers’.

Games of DAYNE: John’s broken relationship with his father became more interesting with every new piece of information. What was the thought process behind John’s father being so critical to setting up the events of the story?

Matthijs Kramer: As a writer (and a gamer) characters in games need to be interesting or at least have interesting ties and interactions with each other. If else, why are they there? I wanted to create tension between John and his father, but give it more complexity then simply ‘a bad relationship’… Something meaningful to delve through as the story progresses, giving more meaning to the ending because you’ve found out something new… or at least had the chance to… I didn’t want to write ‘just another indie horror game’, but give it depth.

Games of DAYNE: The explorable environments are interestingly designed and varied. From creepy foggy paths through the woods, houses with eerie paintings and photos to the inner sanctums of secret institutions and twisted alien interiors, the different locations each bring their own atmospheric tension, particularly as new threats are introduced. How did the team manage to create these diverse atmospheres that managed to remain consistently rooted in the psychological torment of John and his journey?

Matthijs Kramer: Our level designer AKA ‘lord art-director’ Vincent Da Silva has a keyword in work and that word is ‘ambience’. It involves a lot of nit-picking with colours, 3D-models, lighting and a good art direction for the 3D artists. But to be honest, we don’t know how he does it. Did you know there’s a Q&A with him at the StickyLock Virtual Launch party on the 23rd of March?

Games of DAYNE: Narratively speaking how important was it that John’s search for his father torment him emotionally in regards to their fractured relationship, while he was literally being tormented by the horrors and extra-terrestrial truth he was uncovering on the way?

Matthijs Kramer: We wanted these storylines to tie into each other, to stack and enforce each other near the climax. There is a point halfway the last level where in short succession, several quite drastic events take place to bring the two storylines together for the end scene. But it’s very true, in our quest to tell a thrilling story, we’ve not made John’s life a whole lot easier.

Games of DAYNE: To lighten things up from my serious branch of questioning, how weird were the alien designs before you landed on what ended up making it into the game? That kind of creative freedom must have been fun to toy around with during the concept development phase.

Matthijs Kramer: Wildly fun! We wanted to do something creepy, sure, but there’s been done so much already in popular media. We wanted something that would fit the lore we had in mind and the way these aliens would manifest visually. I’ve dug into our old concept art folders and dug up this beauty for you! The winning designs have been circled.

I want to say a huge thank you to Matthijs, Alterego Games and StickyLock Games for the opportunity to go hands on with Sanity of Morris ahead of launch and for the time afforded to me to conduct this interview.

As mentioned above their will be a virtual launch party on the 23rd to get amongst and also the details of a huge Steam gift card give away the day before, with winners announced during the launch party!

My review of Sanity of Morris can be found HERE.