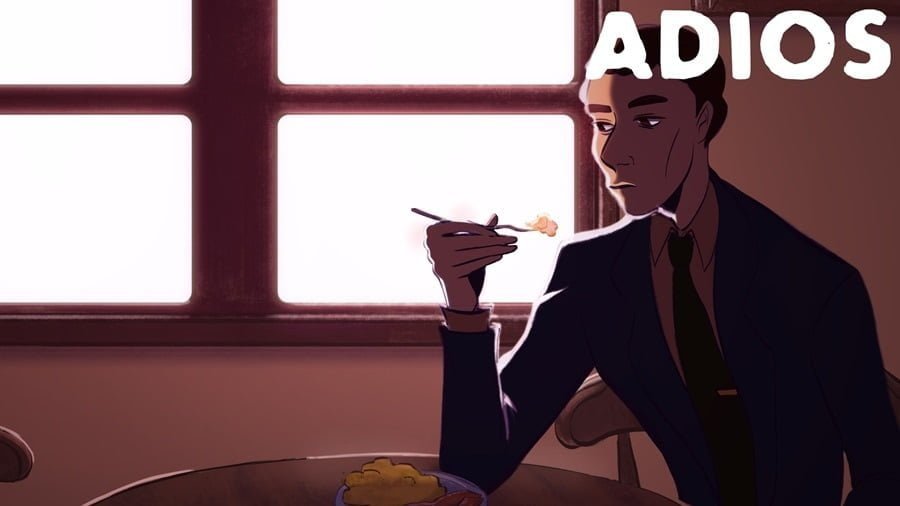 Quiet, peaceful, solemn and foreboding. In short, those four simple words sum up my experience with Adios. As the title suggests the game is about the protagonist, a pig farmer that has severed his ties disposing bodies for the mob, and the inevitable end he faces having to spend the day with their hitman who happens to be his best friend.

Adios is an incredibly simple experience living out the final day of a once honest pig farmer as he reminisces about the past, peacefully accepting his fate as a dead man walking. Accompanied through most of the experience by the players best friend/mob hitman, the pair reflect on their journey together, the things they’ve been through and the consequences of the pig farmer deciding to walk away. A handful of sequences play out in the form of scenes, some of which are waypoints around the house and farm that when approached, trigger automatically. 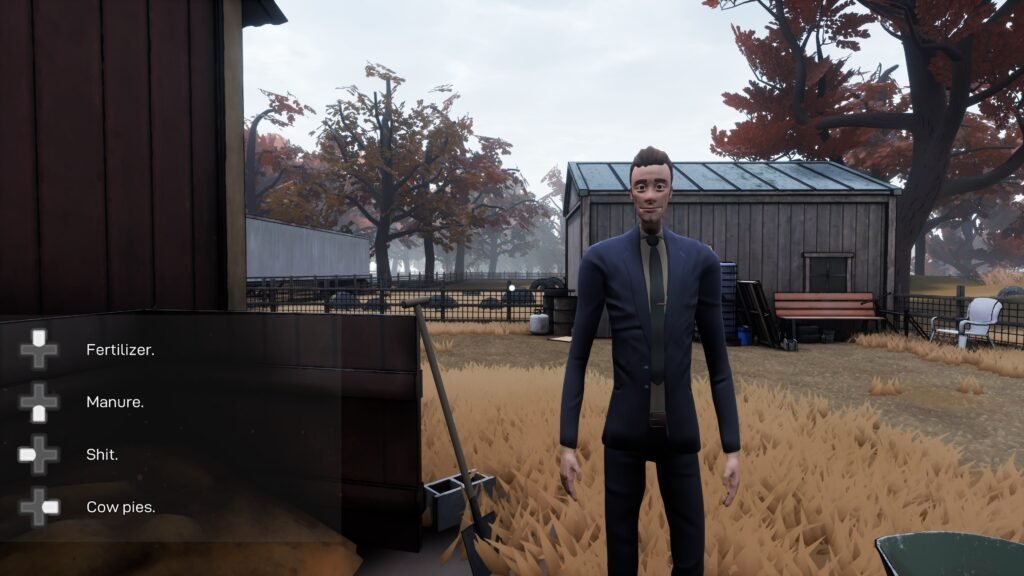 These scenes often have an objective while others are simply dialogue with some choices to make to steer the conversation in a particular direction though none seem to change the outcome. Some of the objectives are the typical day to day activities of feeding a horse and milking goats while others are mini-games such as tossing horseshoes, fishing or repairing a car. 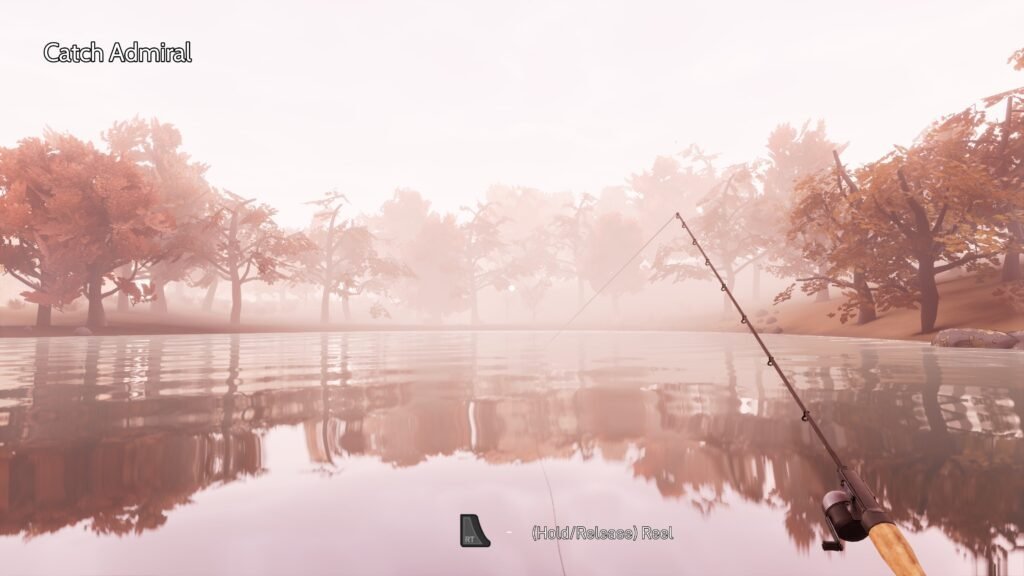 While these things are happening, the conversation continues to unravel between the pig farmer and his future assassin. The dialogue exchanged between the two is so layered, deep and authentic, genuine conversations between two friends. It’s heartbreaking to witness unfold knowing full well these are some of the last words the protagonist will speak. What really authenticates the experience is the phenomenal voice acting from both parties, an incredibly surprising presentation that draws the player in emotionally and allows for genuine investment in the words being spoken. There’s something so raw and visceral about knowing what’s to come that empowers each exchange. 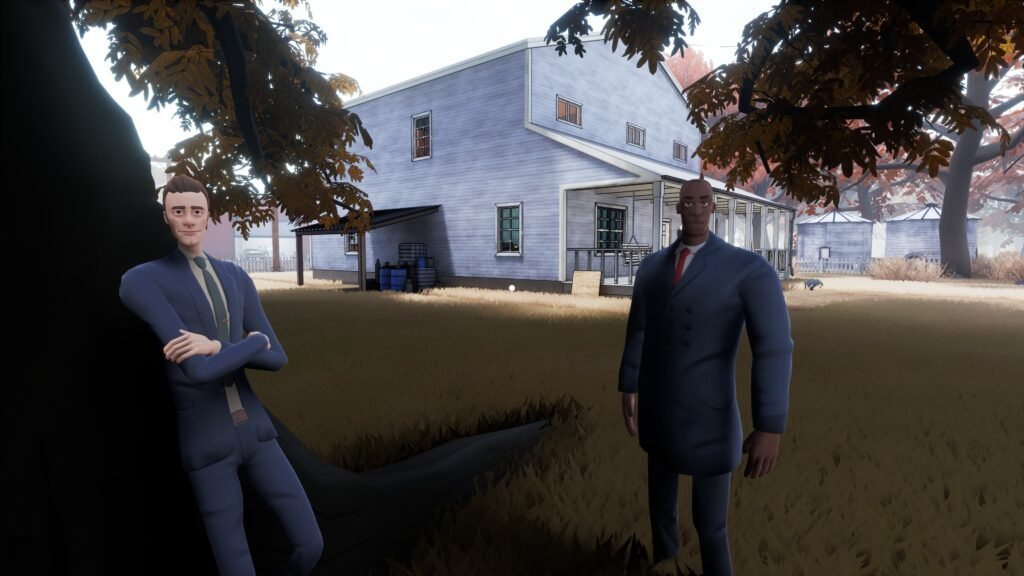 During some of these scenes the player is free to explore these farm and house. Inside there are a number of tapes and records to find and play that contain calming music, again feeling more impactful with the players foresight of these are the last songs this character will ever hear.

The final scene tasks the player with preparing their final meal from a selection of recipes and retrieving a shotgun from their cellar, setting both at the table. Having embraced the fact that his life is coming to an end, the pig farmer prepares to end his final night and life on his own terms. This experience is unlike any I’ve ever had in a video game, so powerful, unique and brutally depressing in its execution of the final day in the life of a man with a target on his back. The gripping conclusion doesn’t disappoint and wraps up the story in fairly predictable fashion given the premise lays down the law of how this story ends. 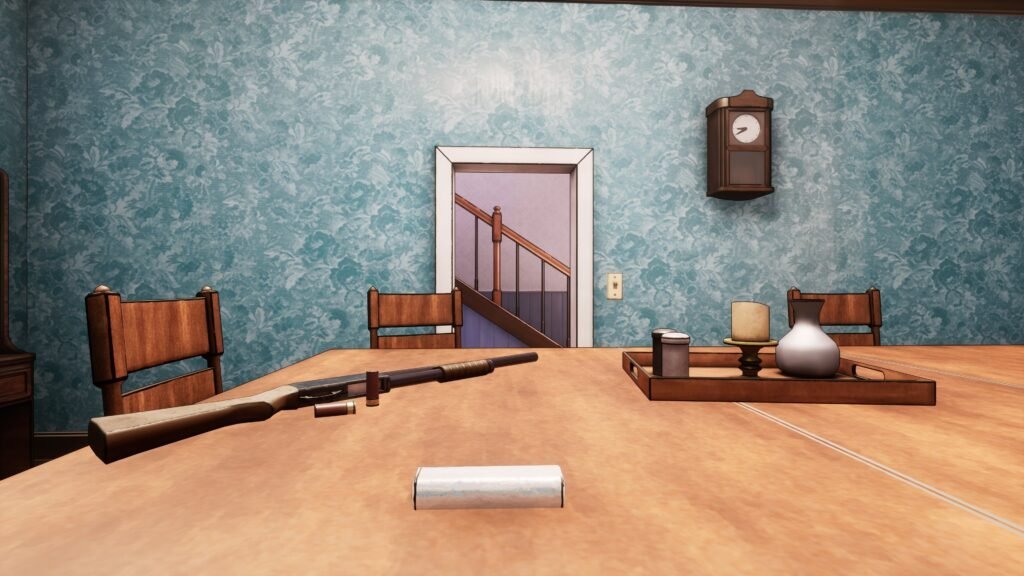 Taking little more than an hour to play through it’s crazy to think how much of a story has been told and how deep the player has been able to dig into the life of the character. The length is perfect for the story being told and avoids monotony of completing a large number of tedious tasks by keeping the gameplay simple, the task variety interesting and by putting an extremely heavy influence on the dialogue. Adios nails the emotional vulnerability of its protagonist and his relationship with the man poised to take his life. Upon completing the game the player is able to revisit any moment via scene select to explore other dialogue options and conversations or to simply roam around the farm and soak in what this character has known as home on his final day. 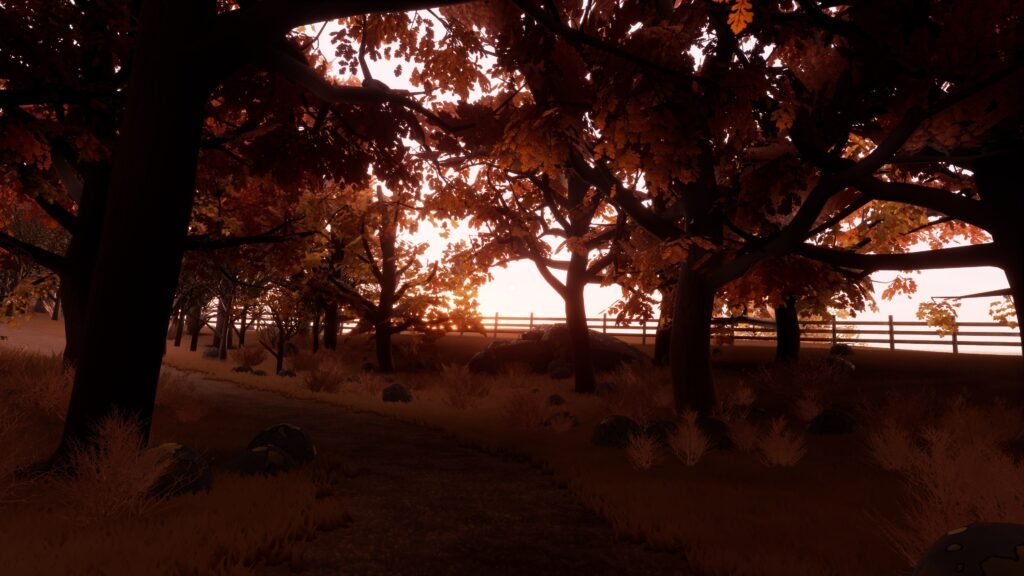 Visually Adios is as simplistic as its gameplay. It’s effective in that the detail that is lacking in the visual fidelity compliments the focus and emphasis of the storytelling, not distracting the player from the very emotional dialogue being exchanged. The environment of farm itself looks nice and the world feels believable whereas the items that can be interacted with don’t quite have that same polish or authenticity but in Adios that doesn’t matter. The story and heart dominates the experience. 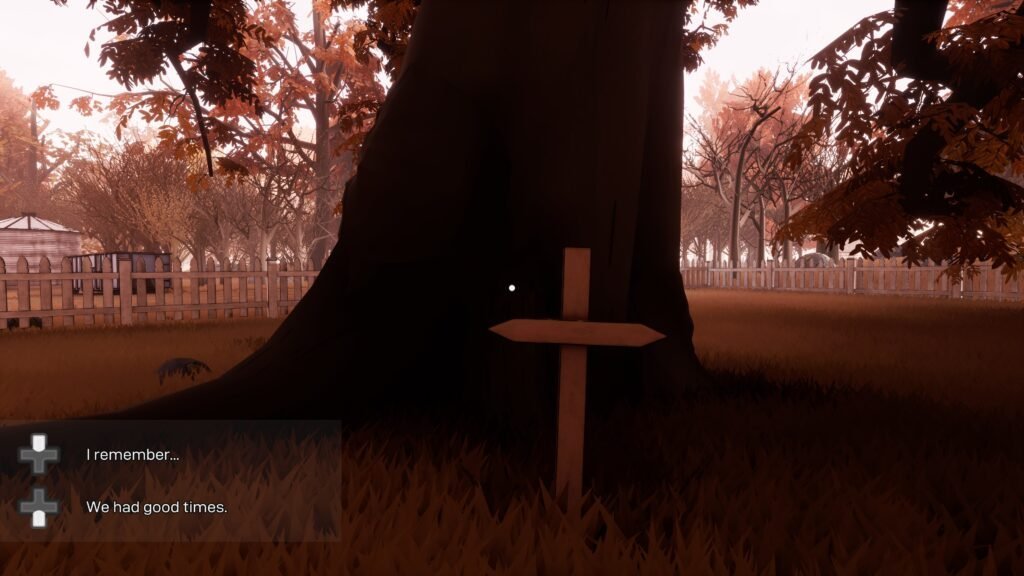 Adios is an interactive experience that I will certainly remember, having thought deeply about it after four playthroughs. The emotional impact lingers, the poignance in the story it tells inescapably lingers and the personality that shone through in such a brief time is so memorable. Players looking for a thought provoking experience need look no further than Adios, finding a masterclass of character depth and emotional turmoil that translates effectively to the player.

– More music could have added to the drama 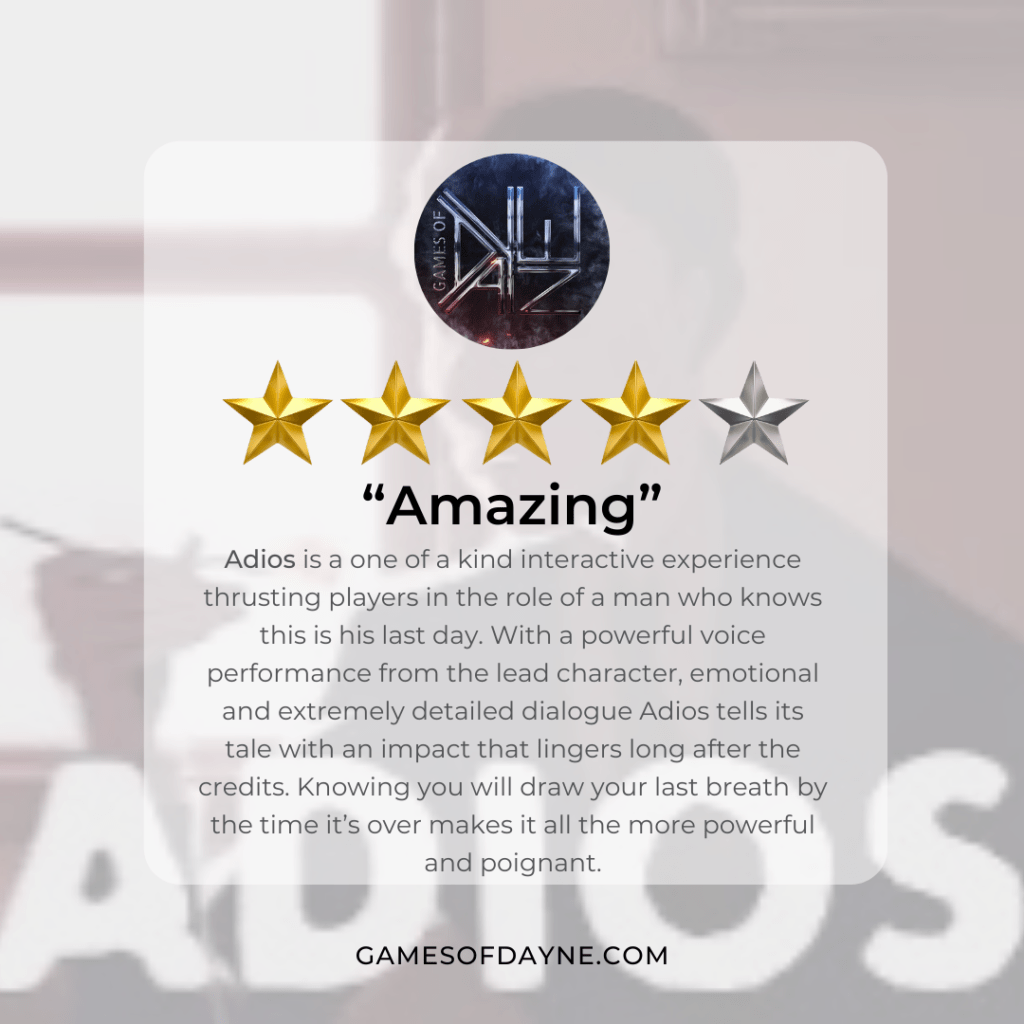