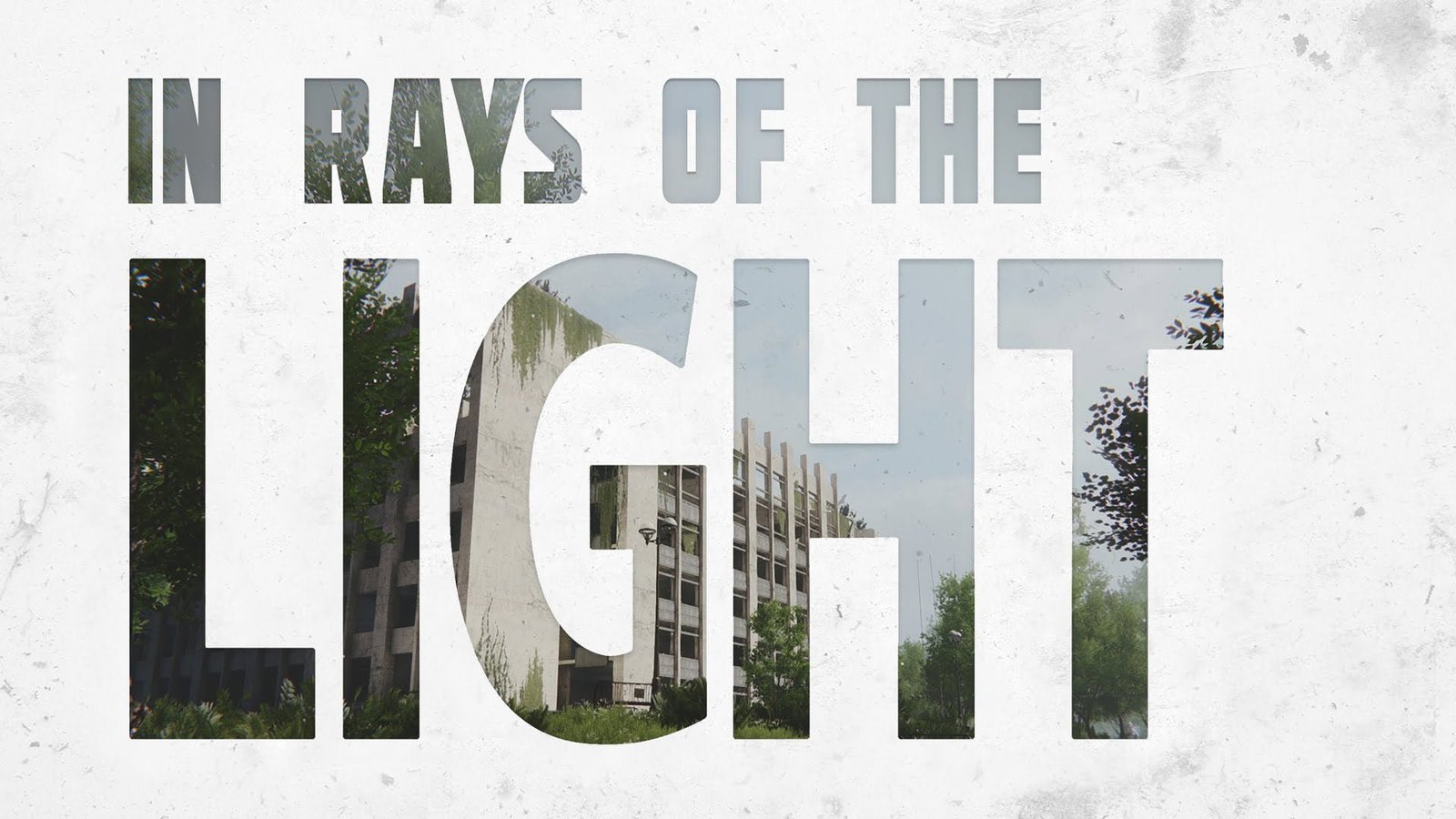 Alone, isolated and haunted by the abandoned remains of what was once life. In Rays of the Light tells a tragic tale amidst the emptiness of a dilapidated Russian school building, unburdened by man and ruled by nature. Corridors draped with vines and weeds hide the terrible truth of the events that led to its abandon.

Blending walking simulation with exploration and puzzle solving, In Rays of the Light leaves a trail of narrative breadcrumbs for the player to discover and read, bringing upon the realisation of humanity’s place in the world, for better or worse, and the balance of life and death that nature demands.

Described as a “metaphorical philosophical story revealed in the study of details and surroundings” the narrative is told almost entirely through documents hidden around the campus and the messages left behind through graffiti and philosophical quotes inscribed on the walls. To fully understand the events that have transpired players will need to thoroughly explore the handful of locations around the campus. Failing to discover even a single document will not only undermine the emotional impact of the story but vital clues to the solutions of an array of puzzles will be missed. 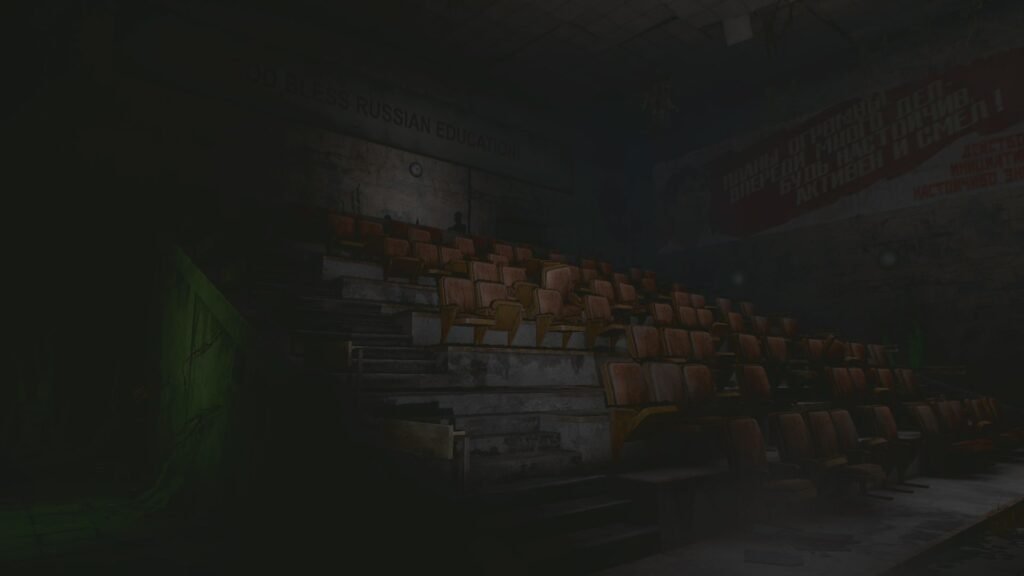 Most of the puzzles task the player with finding a specific item to use or a combination of numbers to open locks for example. These key items are very easy to miss without through exploration of every room and could easily lead to frustration considering the lack of guidance given within the game. No objective or instruction are explicitly given to the player, instead, what to do and how to progress will only become clear when trying to do or use something. For instance, attempts to activate the generator will not work. Upon inspection of components of the generator it will become clear that fuel is required and that the nearby fuse box probably shouldn’t be empty. With an idea of what the player needs there is still no indication of where these things might be found. Exploration of the different areas will obviously reveal these items but often a document will allude to where someone last used X or that Y is contained inside a locker. 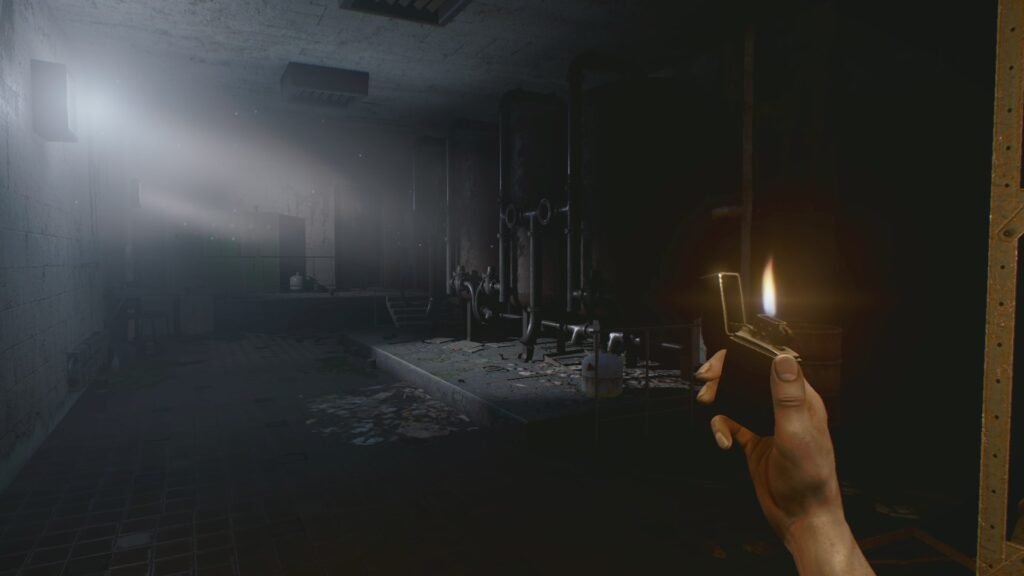 The execution of the puzzles is clever, relatively simple and players with a logical mind and who are experienced with the genre should be able to comfortably get from A to B. For casual players, the lack of handholding will likely result in going around in circles and ultimately lead to frustration due to the obscurity of the path to progression. There is one section in particular that caught me out on my first playthrough and had me stumped. Careful observation and dissection of five simple words etched into a mirror triggered me to think of the text literally as opposed to philosophically and lead to the solution. 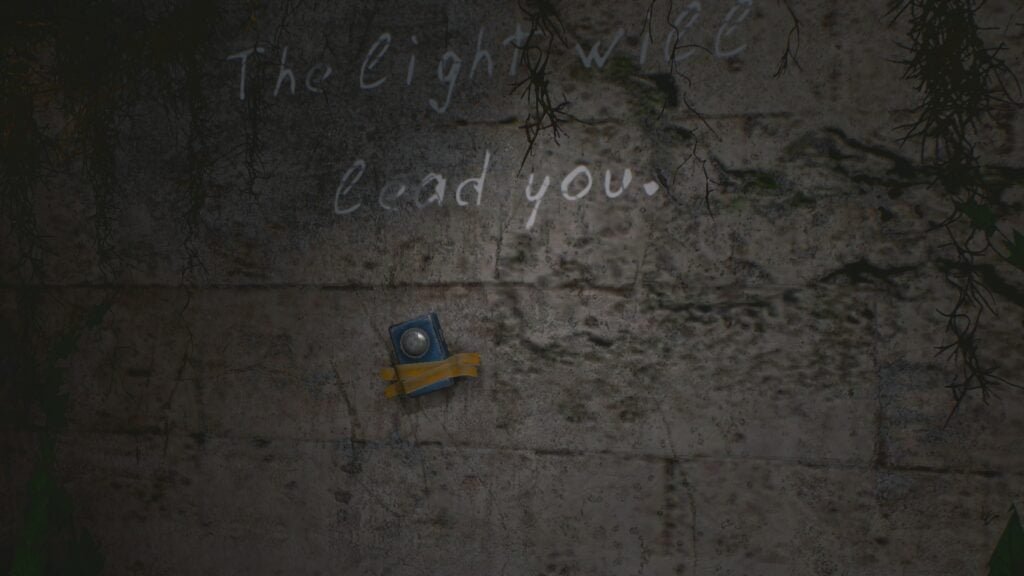 The hauntingly beautiful score is phenomenal, a master class of audio presentation that plays with the players emotions. The thematic beauty of the destruction, devastation and emotional turmoil of the characters who once populated the campus is told with undeniable finesse in its sound design that maintains uneasy atmospheric tension throughout the experience.

Lacking the visual fidelity of a typical 2021 title In Rays of the Light unashamedly thrives in the simplistic nature of its visuals, using them to tell a story rather than capture photorealism for the sake of it. It adopts a rough around the edges type approach that is complimented and enhanced by the strength of its audio counterpart. 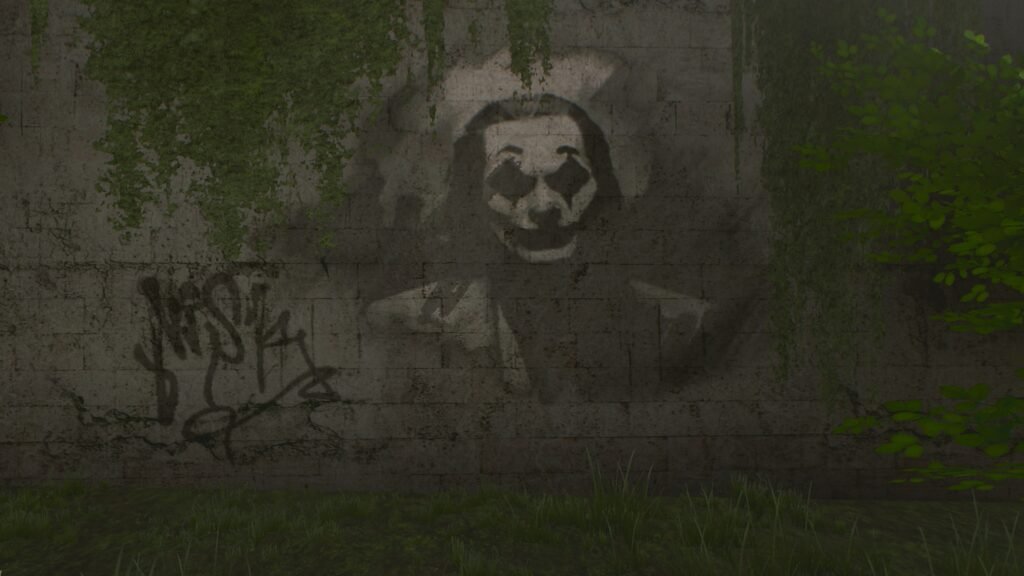 Offering a pair of alternate endings the story of In Rays of the Light plays out differently only in these final moments and it is worth replaying to witness them both. Initial playtime will vary depending on the players thoroughness in their environmental exploration, likely to take anywhere from 2 or 3 hours at least on the first playthrough while additional playthroughs can take as little as 25 minutes in my experience. The value of this title isn’t in its longevity but rather the emotional and philosophical impact in its narrative. With gameplay limited to walking, sprinting and interacting, it couldn’t be any simpler if it tried. The complexity of its puzzles, in terms of the actual puzzles and the hidden clues to their solutions, is where In Rays of the Light establishes itself as a layered experience hidden behind the facade of a walking simulator. 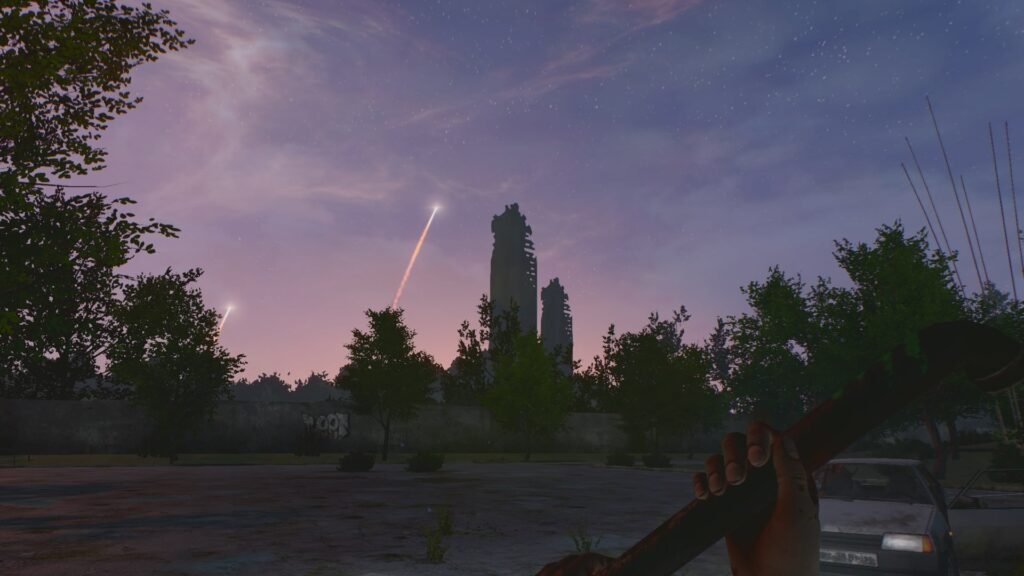 In Rays of the Light is actually a remake of 2012’s The Light, originally available exclusively on Steam. Players of the original will find this experience familiar though quite different in a number of ways, particularly the environmental design and key item locations. Below you can see a visual comparison of The Light and In Rays of the Light on the left and right respectively.

This experience is more than a walking simulator. It’s mysterious narrative, haunting sound design and simplistic gameplay collide in effective fashion. Outside of witnessing the alternate ending or using chapter select to go back and uncover any missing documents and story details there is unfortunately little reason to return and a lengthier experience would certainly have been welcome.

+ Use of documents to clarify the story and provide puzzle clues

– Lack of guidance for casual players 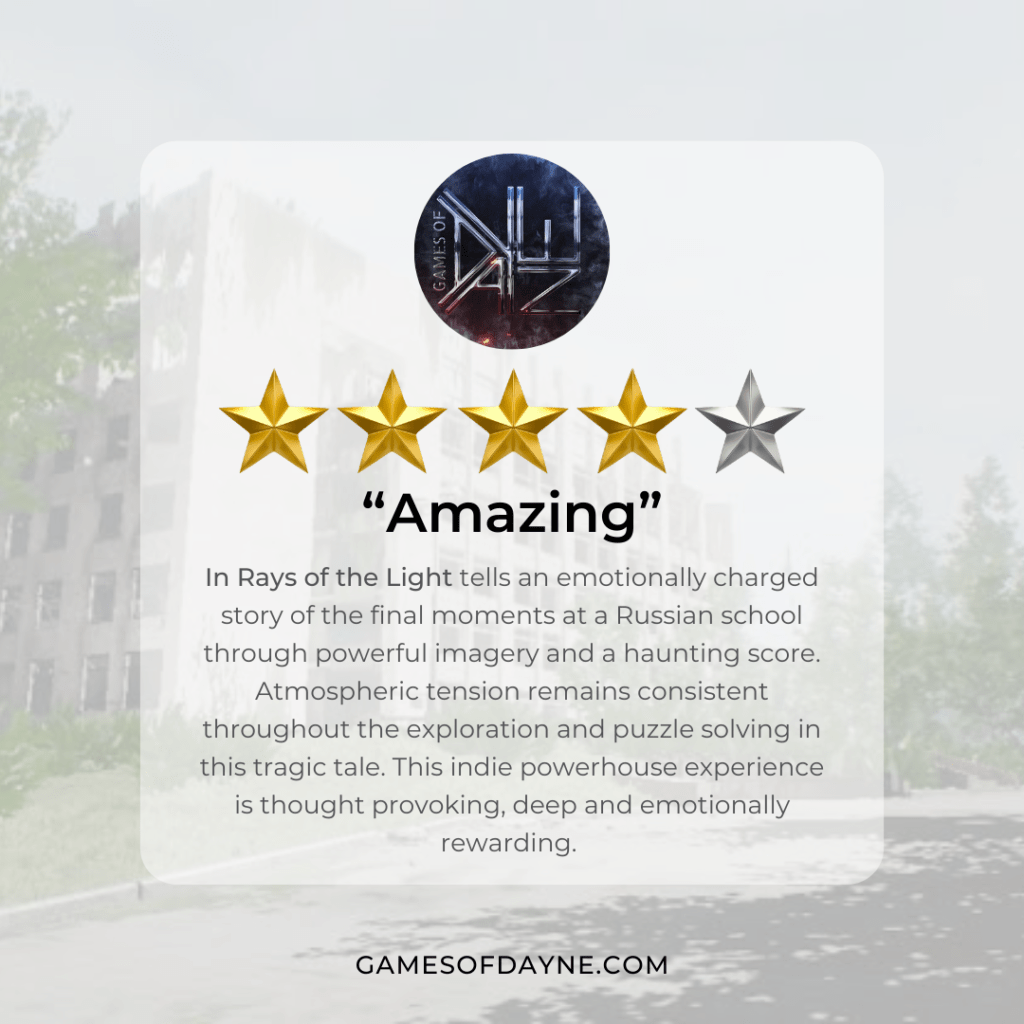 * A digital copy was provided by the Publisher for the purpose of this review. *