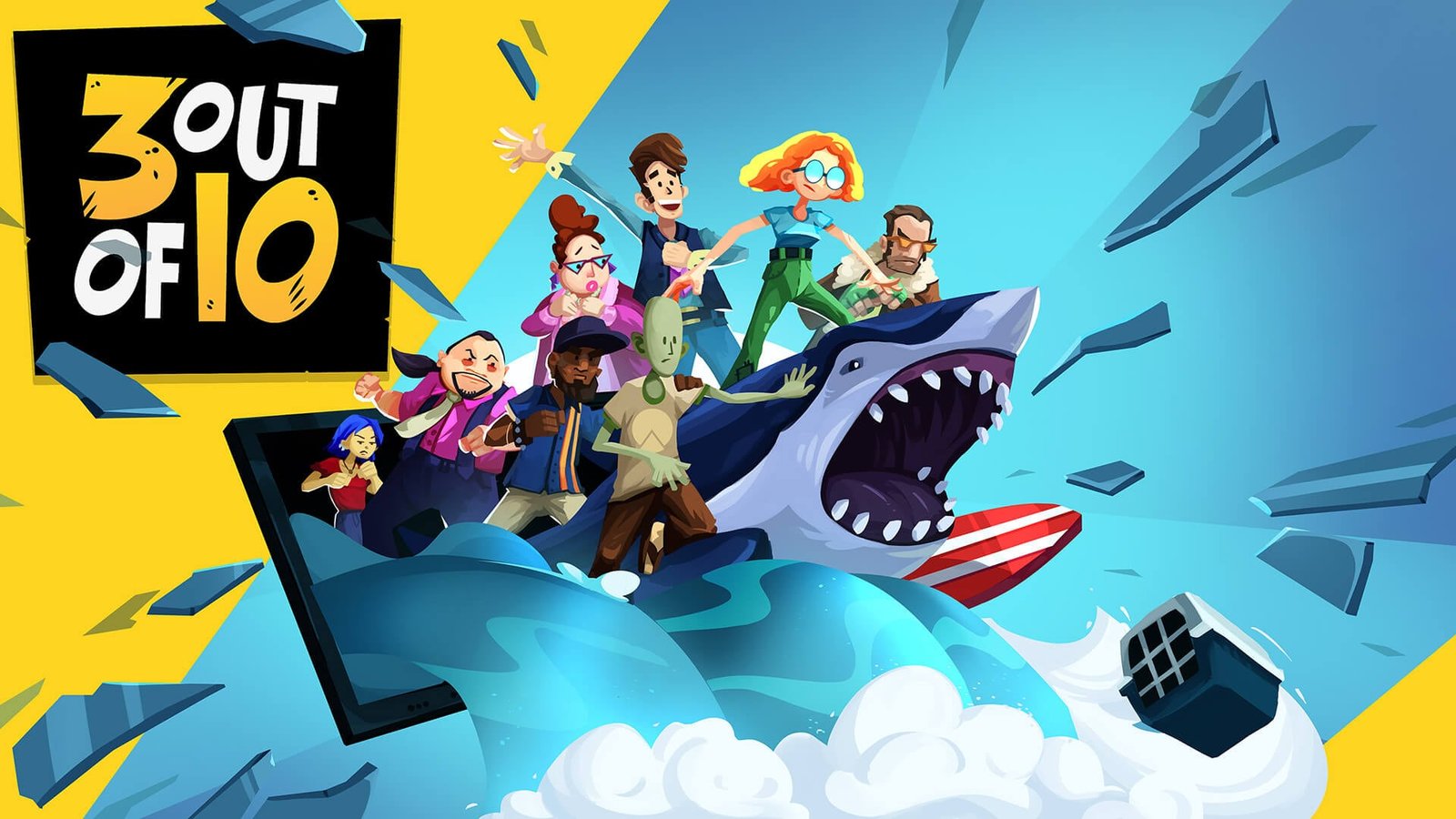 With a standard premise and an overly used concept 3 out of 10: Season One is just another playable sitcom about “the worlds worst video game studio”, complete with an outlandish cast and a boss that doesn’t seem to know about shoes. Wait, that sounds absurd, original and unlike anything we’ve actually played…

Start to finish and with five episodes to tell this ridiculous story, Terrible Posture Games have delivered an entertaining, unpredictable and incredibly varied experience. Dipping its feet in the pools of many different genres, 3 out of 10: Season One is truly an unexpected delight.

Shovelworks Studios sucks. That seems to be the general consensus with none of their games ever scoring higher than three out of ten in reviews. Having just lost their animator, Javier, due to “spontaneous combustion” that has left his work station covered in blood, Shovelworks Studios hire Midge, a teenage girl who has shown up under the pretense that this was simply an interview. Midge is your typical animator, 20% head, 10% torso, 70% legs… don’t worry about the math, it checks out. Midge quickly realises she’s joined a bunch of misfits, each with very unique, wild and certainly weird personalities. 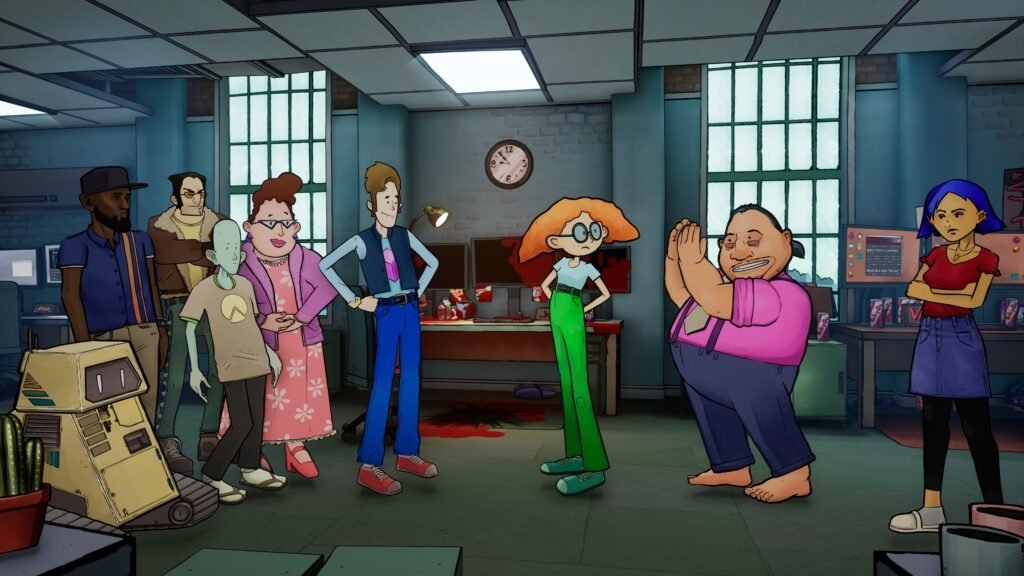 Throughout the five episodes that comprise the season players will get to play as Midge as well as the six other characters that make up the development team with the exception of their eccentric boss Jeb, who doesn’t seem to understand exactly what his team does or how to make games in general. The switching roles makes sense within the confines of the amusing and clever narrative. 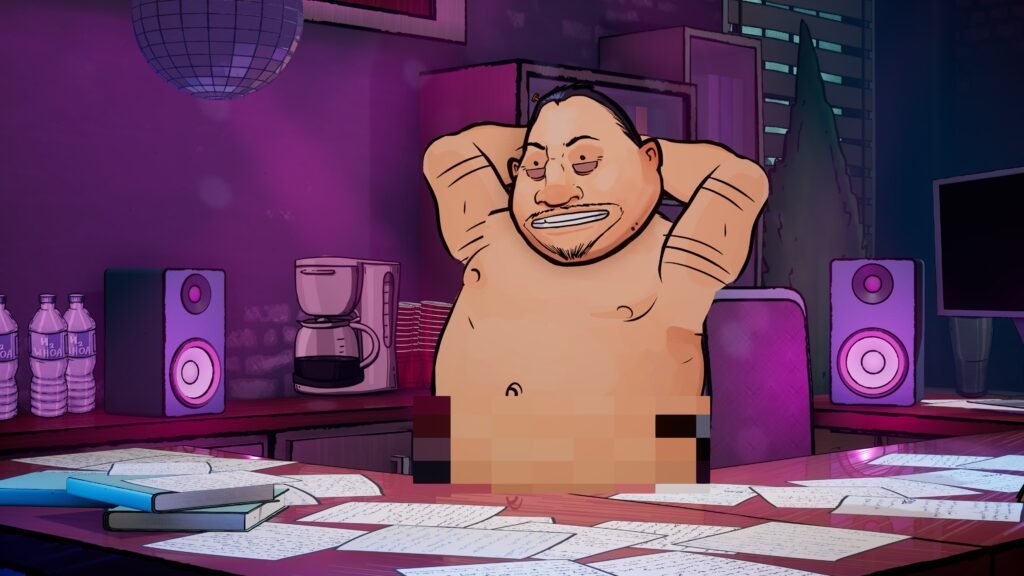 While I can’t possibly recommend it due to the sheer enjoyment and laughs that will be missed otherwise, players looking to just play the game without watching the cinematics are able to fast forward through them at any time. A scene select feature is also available from the pause screen that breaks down every scene in the episode and shows whether it is playable or not. Scenes can be instantly reloaded up until where the player is currently at, they are unable to skip ahead though the cutscenes can be manually fast forwarded. This scene select feature is useful if a player needs to go back to an earlier moment for the one missable Achievement/Trophy per episode or to further explore to find any Stars they may be missing. 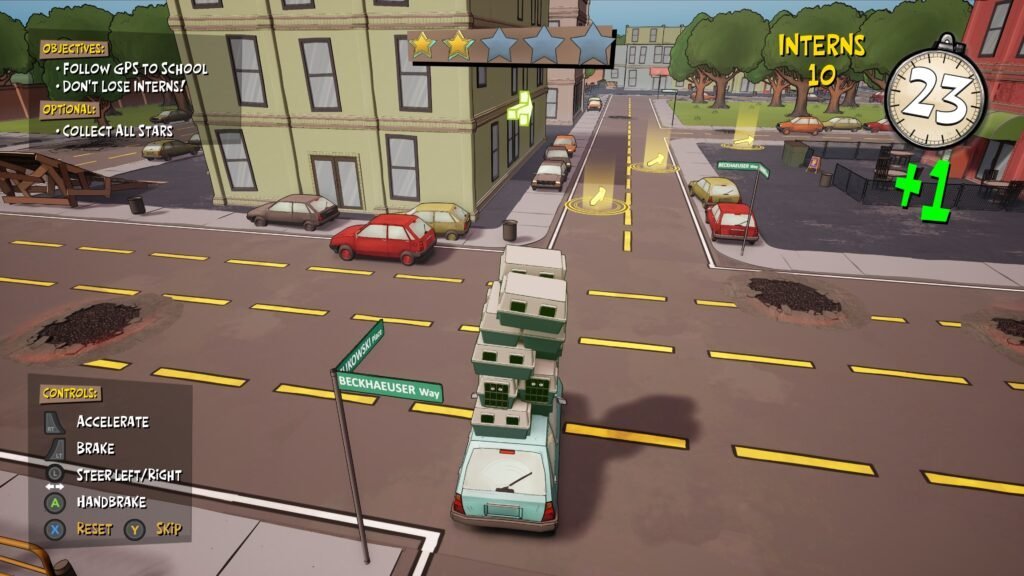 Each episode has a different number of Stars available to collect. These are awarded based on performance in the many mini-games but can also be found on objects that can be interacted with in the various explorable environments. The mini-games can be restarted during or after they have been completed if all five stars have not been earned from it. Additionally, in further favour of accessibility these mini-games can be skipped entirely if players are struggling with them or aren’t particularly interested. Much like the ability to fast forward cinematics and dialogue though I personally don’t recommend this as some of these mini-games are quite challenging and can be very satisfying when finally making it through. 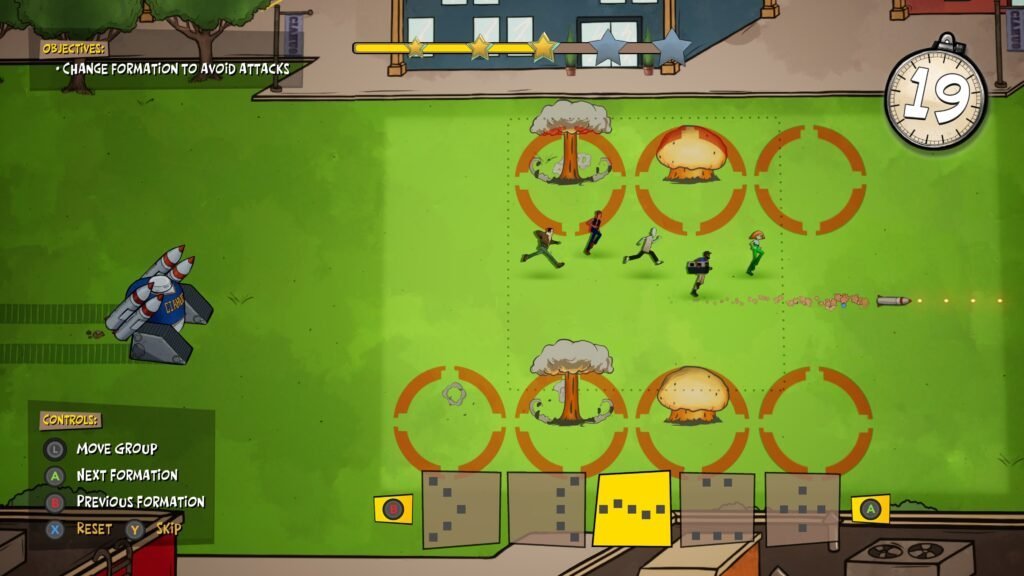 The mini-games themselves are so varied with every single one of them offering a different gameplay experience in terms of genre. Moving the limbs of an action figure to recreate ridiculous poses, emptying a moving truck with puzzle-like gameplay, first person survival, a rail shooter-like flamethrower sequence and a nerf gun war are just a few of the nonsensical gameplay change-ups we get to experience. The unpredictability of where the story will go is constantly exciting and the direction that narrative takes the mini-games is even more so. 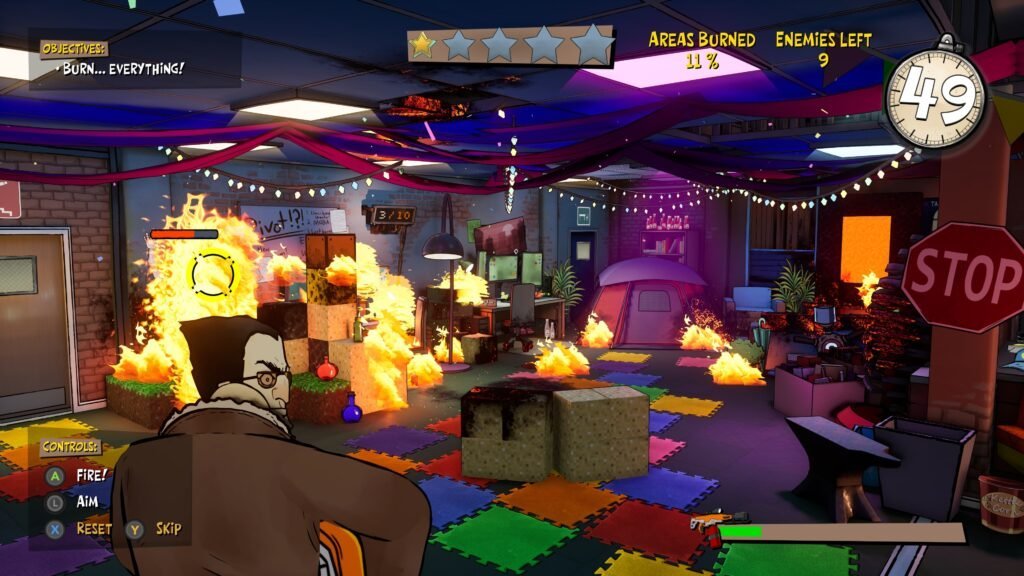 There is one mini-game that persists and that’s the in-game title that Shovelworks Studios are currently working on to hopefully release and score them at least a 4 out of 10. “Surfing with Sharks” is a 2D endless runner with a twist… it has an ending. The game changes slightly throughout each episode and can be played at any time by interacting with it in their lounging area. The objective is to simply survive as long as possible and earning stars by avoiding obstacles and the clutches of a ferocious shark. This mini-game gradually gets more crazy and therefore fun and it’s certainly cool to see the evolution of a game within a game. 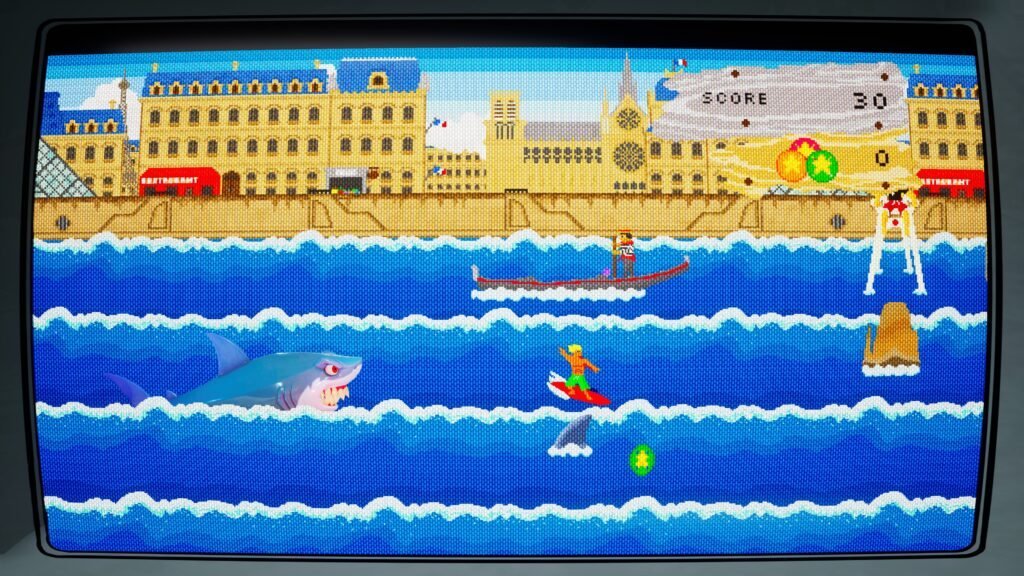 The dialogue in 3 out of 10: Season One is so clever, witty and legitimately feels like a sitcom. The quirky cast of characters and the sheer randomness of the events that transpire are so wonderfully verbalised by the entire cast. Banter, insults, genuine confusion, their interactions with each other are consistently amusing. 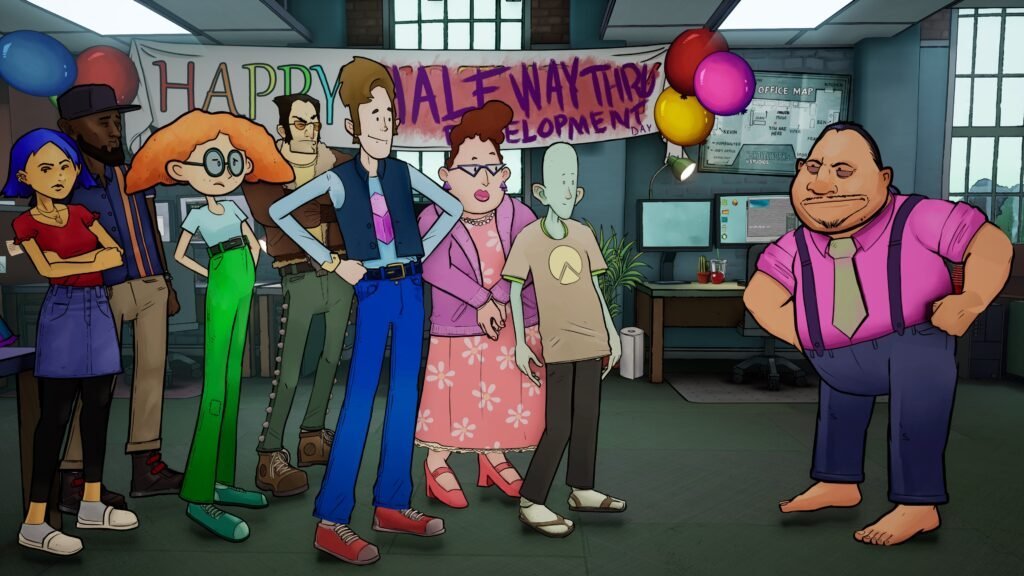 Playful art design captures the charm of the light hearted series of episodes from its unique character design, varied environments and especially the mini-game genre jumping elements that shift between first person, third person, driving and top down to name a few. It all blends seamlessly in this unpredictable episodic joy ride. Upbeat melodies, adrenaline pumping themes and tense, atmospheric beats are appropriately placed within the context of the ever changing landscape and gameplay dynamics. 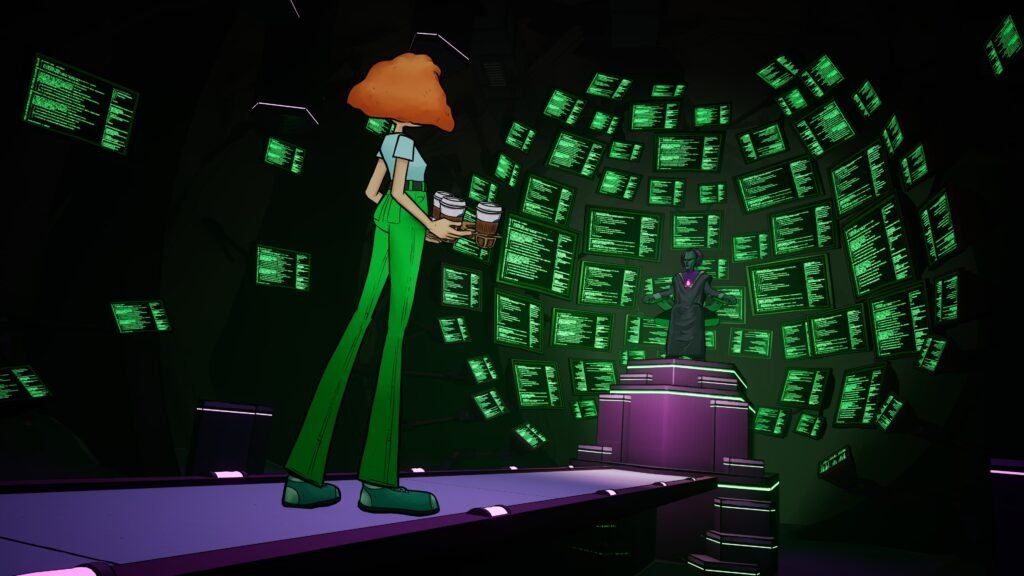 With the ability to fast forward, reload scenes and skip puzzles, this title can easily be enjoyed by younger players. Some of the mini-games can be a little difficult but as they can be replayed or skipped they don’t pose any threat to progression. 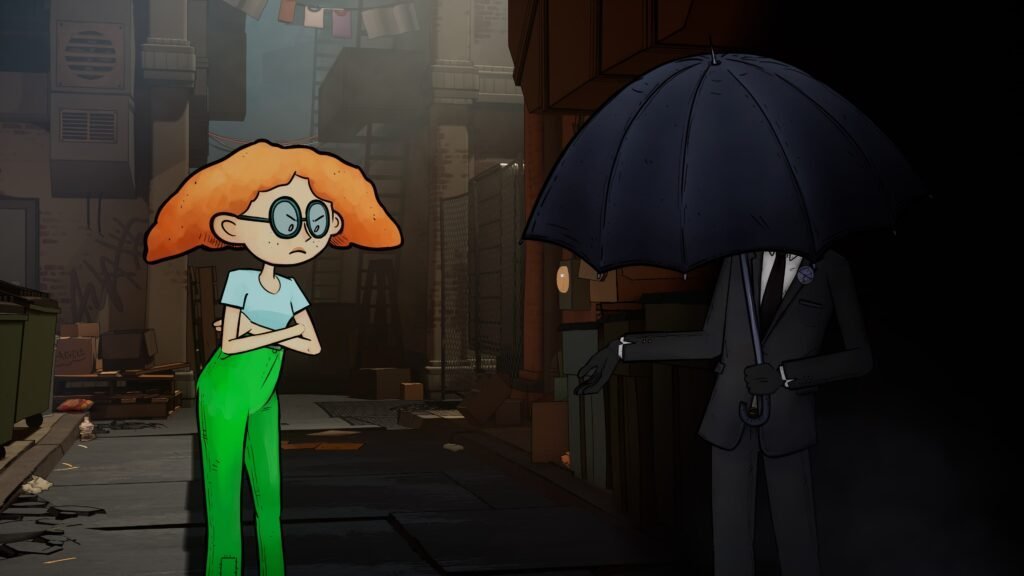 3 out of 10: Season One provides five approximately 30 minute episodes that are linear narratively, offering no choices in dialogue or story altering decisions but open enough within the explorable areas to find collectibles, Easter eggs and optional mini-games. While the story ends on a cliffhanger surrounding Midge’s intentions with the studio it remains satisfying as a whole and simultaneously builds anticipation for the upcoming Season Two.

+ Fun and quirky cast of characters

– Episodes are too short 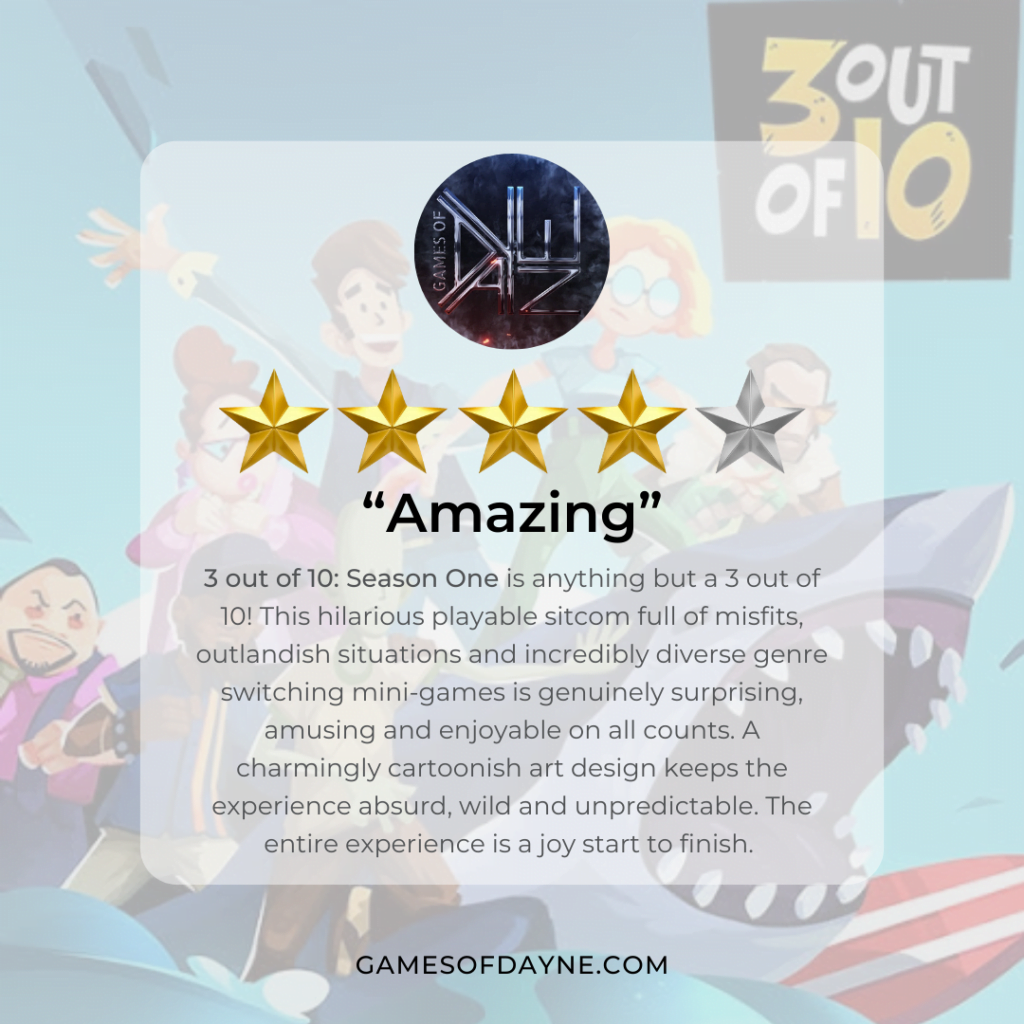 3 out of 10: Season Two is launching FREE on the Epic Games Store April 8! Console release TBC.

More screenshots from 3 out of 10: Season One can be found below.