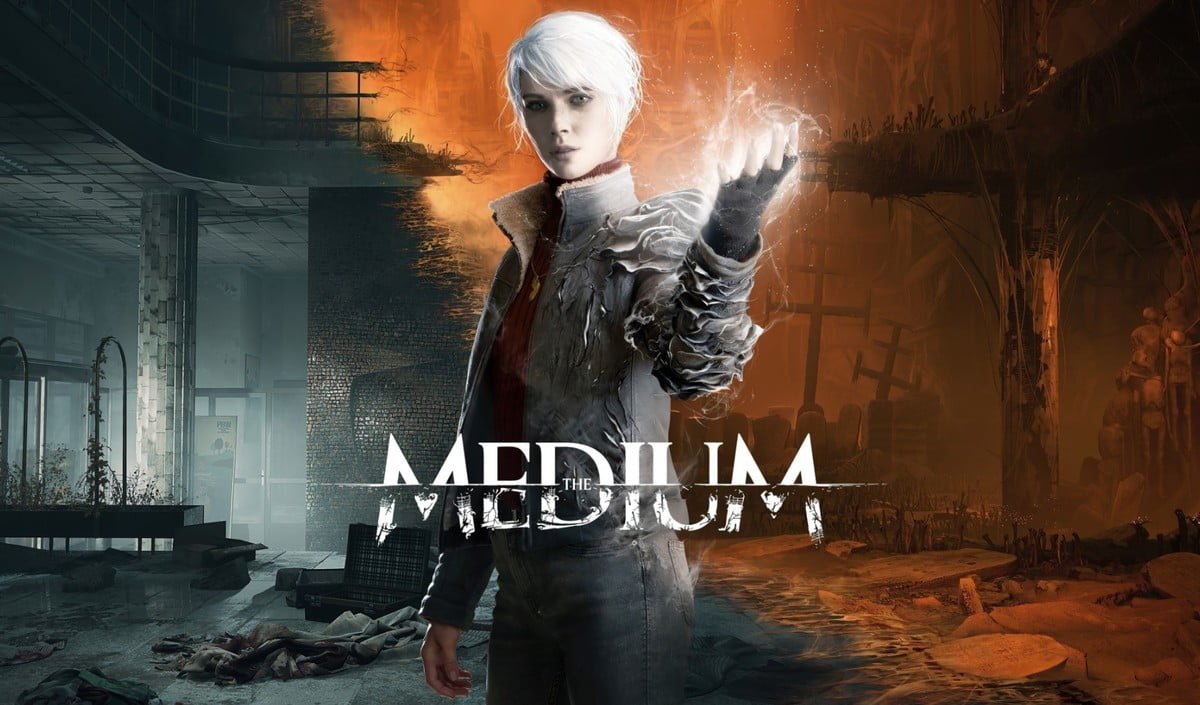 “It all starts with a dead girl”… The opening dialogue of The Medium immediately sets the tone of the narrative as one of tragedy and mystery. Bloober Team’s latest is a psychological horror experience like no other. Featuring protagonist Marianne across the material and spiritual realms of reality, often simultaneously, this dual planed story driven experiment succeeds on almost every level.

The scene is set with a young girl running frantically through the woods, her distressed state suggesting her pursuer intends to do her harm. Trapped at the end of a small wharf she is defenceless against the man that draws his pistol… and executes her. “It all starts with a dead girl” recounts Marianne to her unknown audience in a dark kitchen, the events described as a dream she continuously experiences. The victim and assailant are unknown to her but the vivid recollection of the dream suggests that won’t remain the case for long. With this scene seemingly taking place near the conclusion of the narrative, The Medium flashes back to Marianne as she prepares to lay her adoptive father, Jack, to rest. Throughout the story it flashes back to Marianne continuing to tell her story in a one sided monologue. 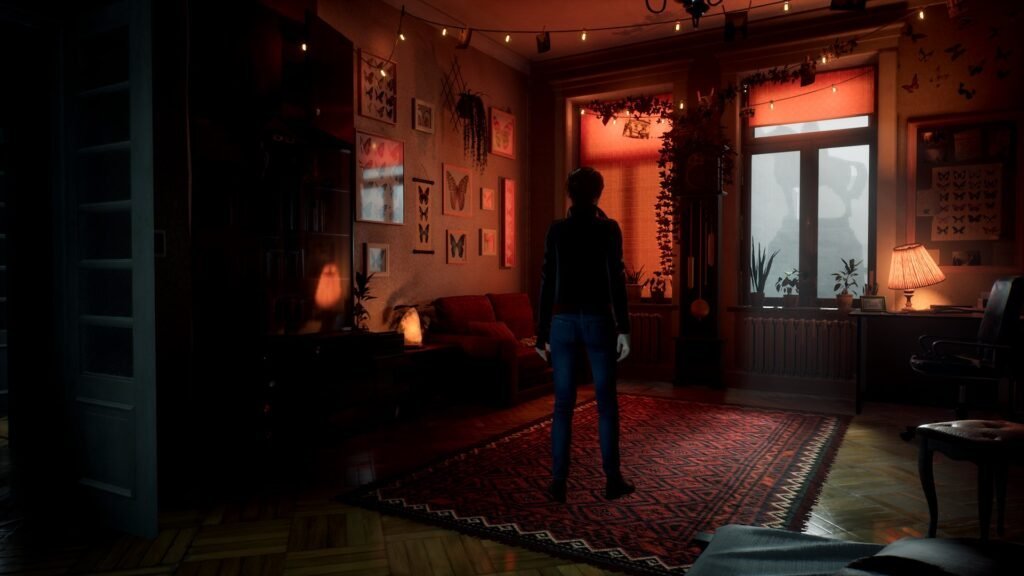 As a medium, Marianne is connected to the spiritual realm but more so than most. She serves as something of a conduit for the dead to move on. Her abilities are largely known to her though her connection to the spiritual realm does develop and strengthen to her own surprise throughout the story. Drawn to the Niwa resort following a distressing phone call from a mysterious Thomas, Marianne is told she is the only one that can stop what is happening there. 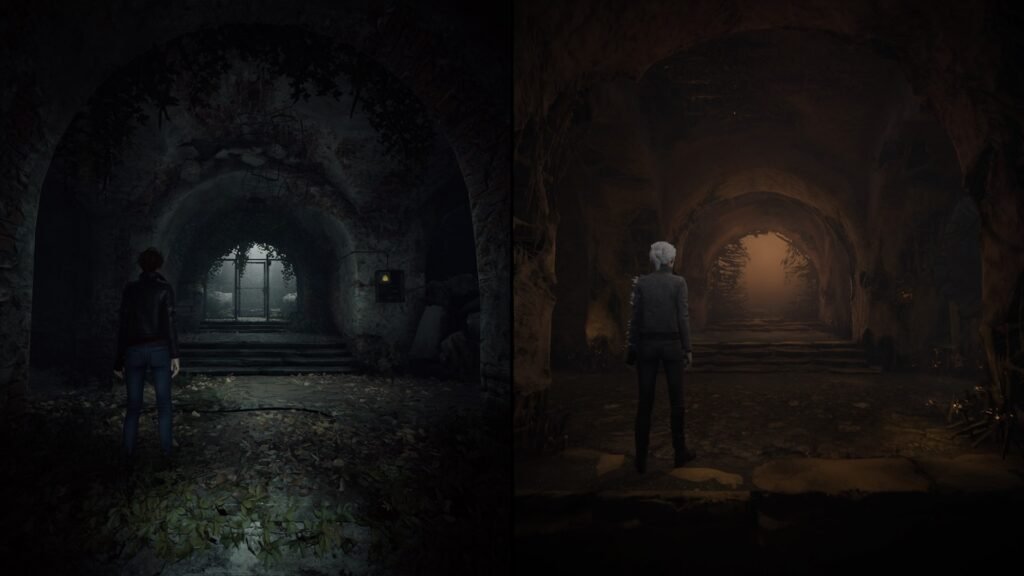 A striking black and white live action video montage act as the opening credits that conclude the prologue, further painting the picture of The Medium as a tale that is not afraid to be different and take creative risks that ultimately come together as an unforgettable presentation. The story that unfolds sees Marianna’s attempt to uncover the truth behind Niwa’s history, the identity of Thomas and this event that only she can stop but what she finds raises many more questions. 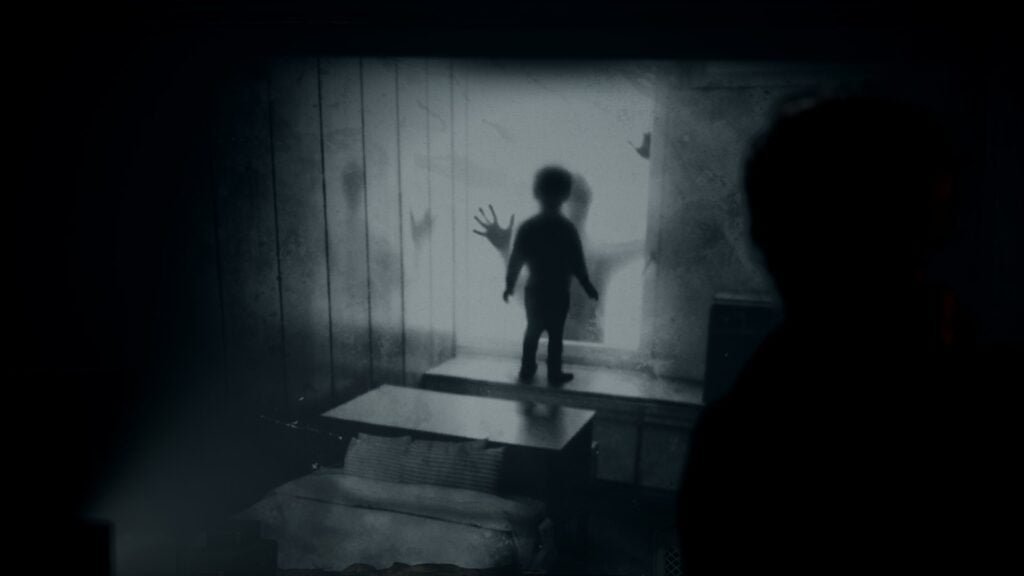 Her exploration in the spiritual realm is tormented by a twisted monstrosity known as The Maw, phenomenally brought to life by the incredible Troy Baker. This disturbing, disgusting and giant creature appears at predetermined points throughout the story, attacking Marianne in sight upon detection. To her dismay The Maw manages to find his way to our realm though not fully materialising, rendering him invisible, posing an even greater threat. 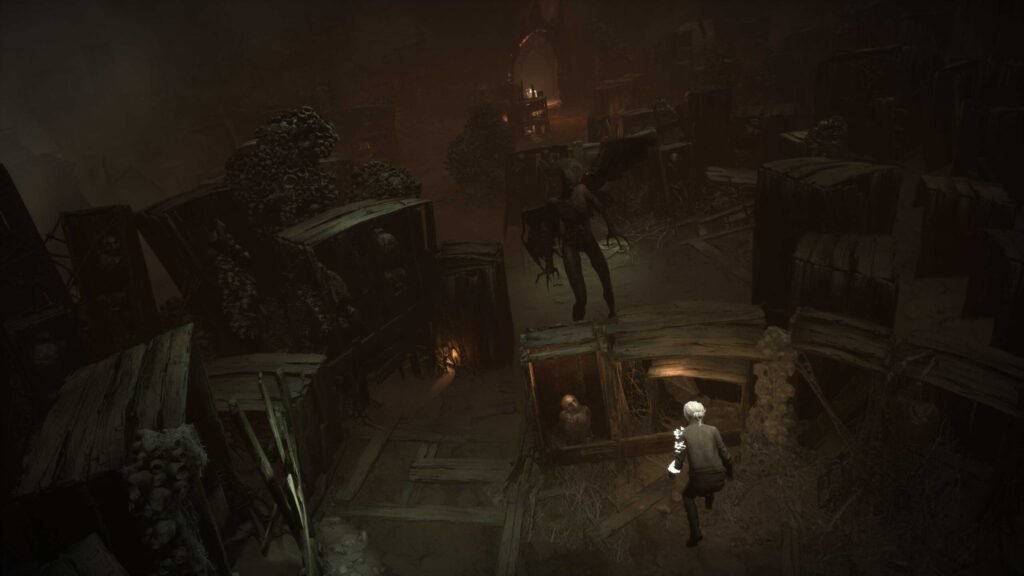 The nature of The Maw and Thomas are just two of the narrative twists the story delves into as The Medium manages to add further layers at a steady pace. Coming in at just over 8 hours, Bloober Team have developed a tense and atmospheric experience that is tightly paced, thrilling and ultimately rewarding. One of the key plot points is unfortunately fairly predictable very early on though this doesn’t deter from the overall effectiveness of the storytelling as there are a handful of other curveballs thrown that genuinely surprise and disturb. By far this is Bloober Team’s most ambitious and impressive work to date. 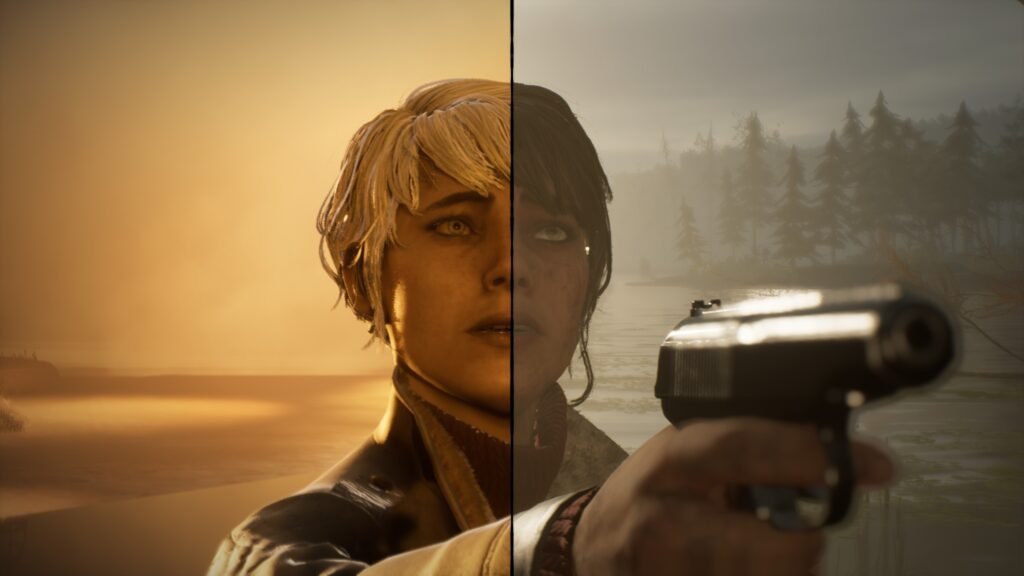 The Medium has no difficulty levels, no additional modes or even a chapter select or manual save option. The lack of the latter pair of omissions is particularly disappointing for players that are completionists either in-game or for unlocking all of the Achievements. There are over 75 collectibles to discover, almost all of which further develop the story and provide substantial character development and context to backstories. This makes them well worth tracking down but with the replay limitations mentioned, players will need to collect all of them in a single playthrough or have to start a new one if they are missing any. Missing only two collectibles myself, the pain of not being able to replay specific parts of the game may not affect a majority of players but it’s a feature that is absent for no apparent reason. There are some memorable and enjoyable sequences throughout the story that would be great to relive accessibly. 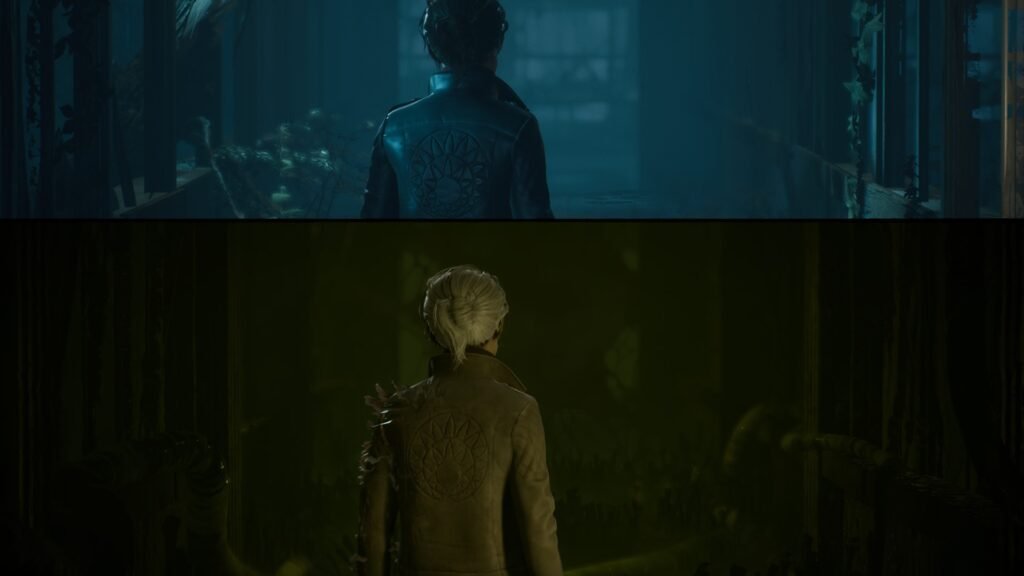 Effective storytelling aside, what truly puts The Medium in a league of its own is its unique gameplay concepts, namely the dual reality and its visual and technical implementation. Marianne’s journey is tethered to the spiritual world almost as much as it is our own material world and as such a significant portion of the game has her appear in both simultaneously. In some situations where one can be controlled at a time, the player can switch by interacting with portals, a feature that becomes more prevalent in late game puzzle solving. 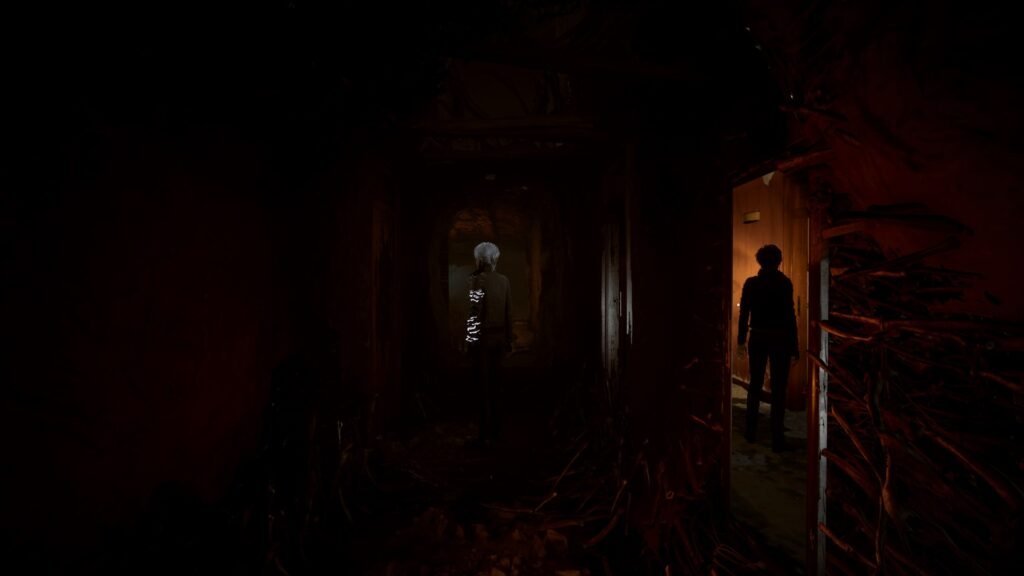 When Marianne is in the spiritual world she has white hair, a lighter tone to her outfit and perhaps most noticeable is the twisted and tormented environment she inhabits. Shades of orange, green and grey in particular shake up the otherwise dark reality based material plane. The contrast between the two worlds is impeccably evident when Marianne occupies both planes which is represented by either a horizontal or vertical split screen with the material world on top or left with the spiritual world on bottom or right.

How Marianne moves in one is replicated in the other, step for step. Every animation occurs in each world with the only visual difference being the stunning and contrasting environments they occupy. It’s incredible to witness and the novelty doesn’t wear thin as one may expect, likely due to the tight all thriller-no filler narrative pacing. Seeing such darkness and emptiness alongside a demonic and decaying wasteland parallel dimension has not been seen before and it’s a testament to the power of the Xbox Series X that it’s able to masterfully render the pair of worlds flawlessly in unison. There are sequences throughout the story where Marianne is in one or the other without the dual reality visualisation too.

As the actions of Marianne are equally and simultaneously occurring in both worlds, there are countless occasions such as doors may be locked in the material world while not existing at all in the spiritual world meaning both Marianne’s can’t possibly use that pathway. In these scenarios, Marianne may need to use an interesting mechanic referred to as an Out of Body Experience.

This function has Marianne project her consciousness to her spiritual counterpart, obtaining complete control of herself in this demonic realm to be able to move freely while her physical self is in an almost meditative state. Spiritual Marianne now occupies two thirds of the screen and has free reign with the caveat of slowly deteriorating due to her power exertion, requiring the abandon of this Out of Body Experience before her body completely disappears. There is typically more than enough time to complete any of the tasks where this ability is required. 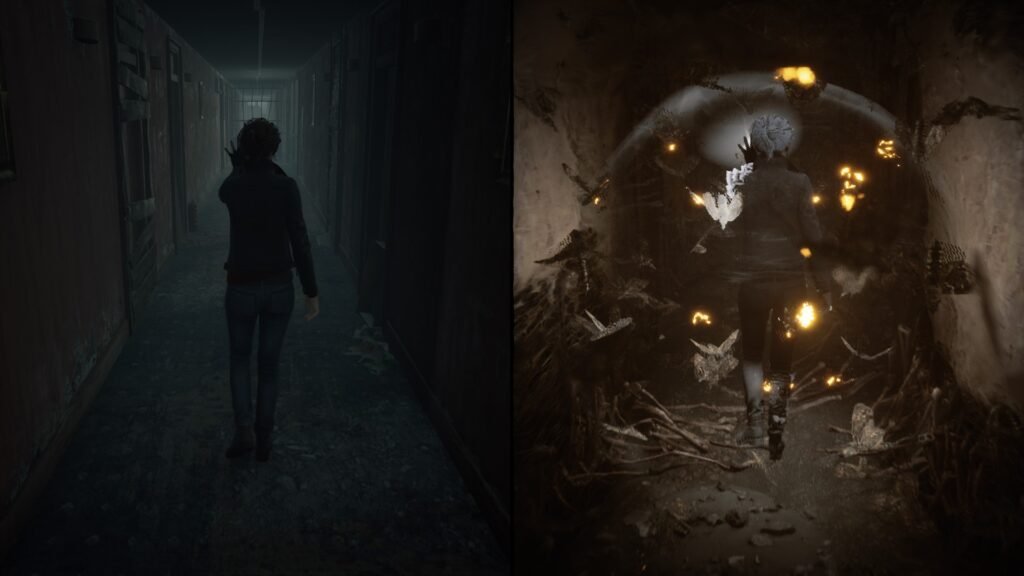 Other abilities that Marianne possesses are:

To use the Spirit abilities Marianne must absorb the energy from Spirit Wells in the spiritual world, bone and wood made wells surging with pulsating white energy. The energy stored is visibly represented on Spirit Marianne’s left arm with shard-like appearance. The moths and later some grotesque tendrils are the only things resembling combat encounters in the entire game.

Other interesting interactions include Echoes and Memory Shards. Echoes occur when specified objects are interacted with, which can be heard whispering to Marianne when nearby. These need to be inspected with Insight until a white glowing scar is visible until it vibrates and illuminates, revealing an echo from the past audio clip. Memory Shards are unique items that must be interacted with in the material world which will then trigger a thumb stick mini-game of sorts for the spiritual Marianne to align the shards into a fragmented silhouette of characters that will also trigger an audio clip. These are both very interesting and worth hunting down due to their developmental influence in regards to characters and plot points. 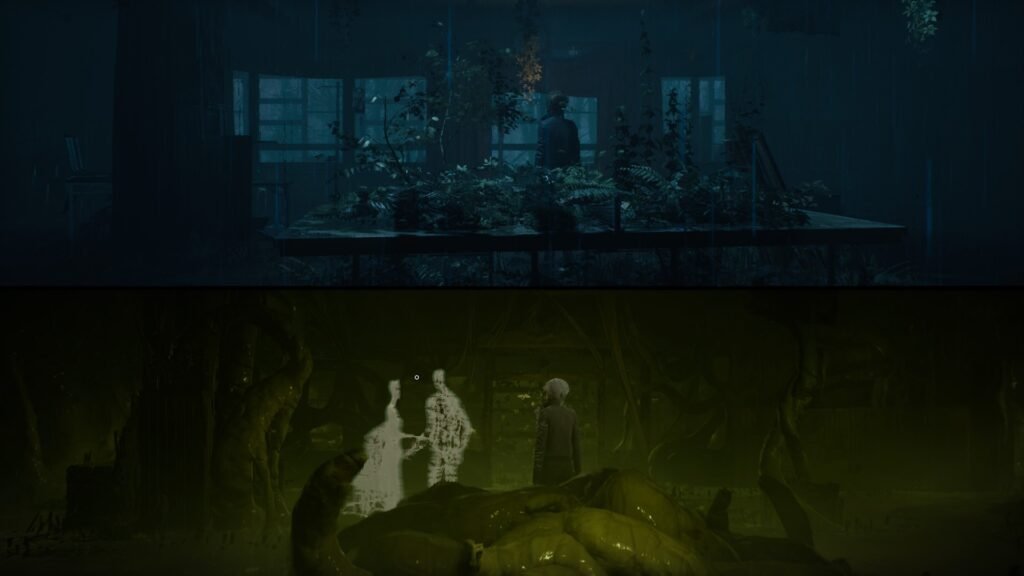 Puzzle solving is a large component of the core gameplay, sending players out looking for key items to use on objects, doors and machinations for instance in the environment. Finding, fixing and replacing levers, retrieving scattered items and placing them in specific orders are just a few of the other puzzle types to be found. While none of the puzzles are particularly difficult, player exploration that is any less than thorough may lead to frustration when it comes to backtracking. By carefully searching every room along the way, there is little chance the player won’t have what they need when they need it. 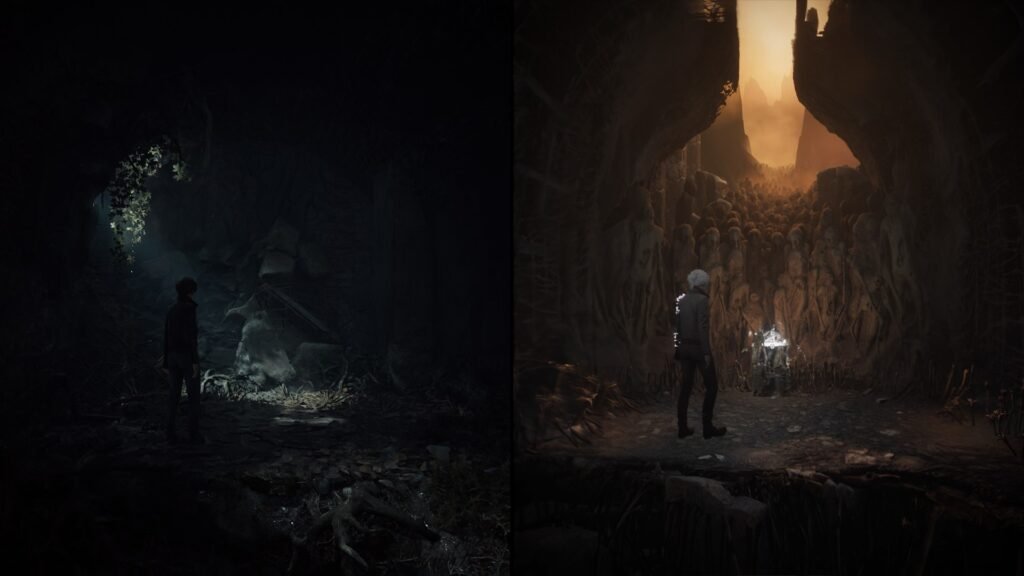 Despite being a third person title in 2021, The Medium uses fixed camera angles found in titles such as the earliest of Resident Evil and Silent Hill franchises. What makes this a disappointment from my perspective is two things: it changes when moving to different parts of a room or into a new room, meaning that when it changes your current path of movement may suddenly have you turn into a wall or go in an undesired direction. In the chase sequences this particularly stands out for all the wrong reasons.

The other negative impact these camera angles have is it eliminates the opportunity to fully observe, explore and simply look at the incredibly gorgeous world The Medium takes place in. I understand it’s implementation however, respectfully paying homage to the likes of Resident Evil and Silent Hill that have defined the genre for generations as well as lending towards a more restricted, intimate and borderline claustrophobic experience. Regardless, this and the absence of any kind of replayability are the only negatives I could find in my time with this title. 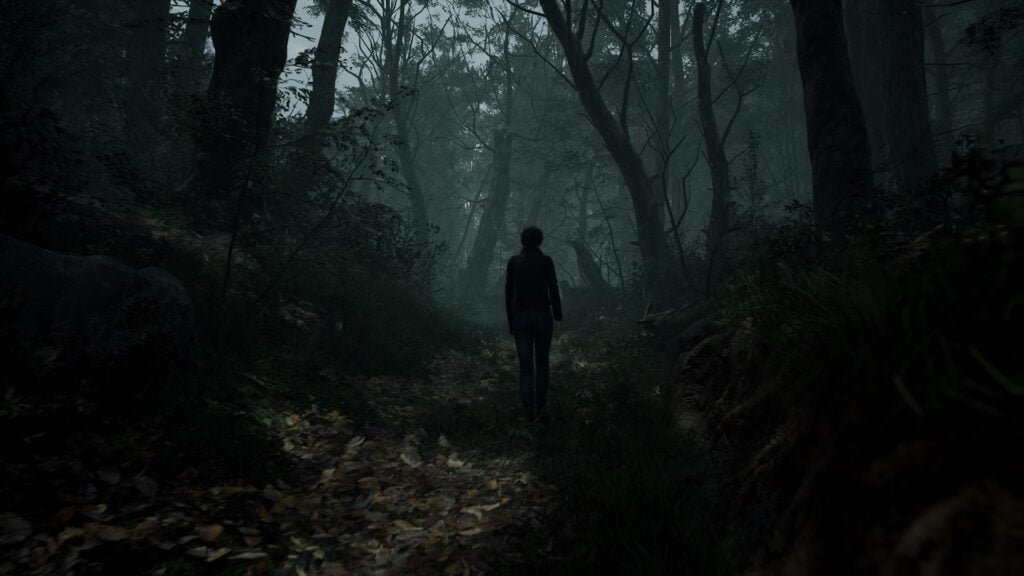 Visually stunning, striking and experimental, The Medium looks incredible, especially in the highly cinematic storytelling told between the gameplay. Accompanied by an ominous and harrowing yet beautiful score from Akira Yamaoka, known for his amazing work with the Silent Hill series, The Medium sounds and feels as haunting as it looks. The voice acting is remarkable with each character feeling genuine and believable. The audio-visual presentation is immaculate, period. 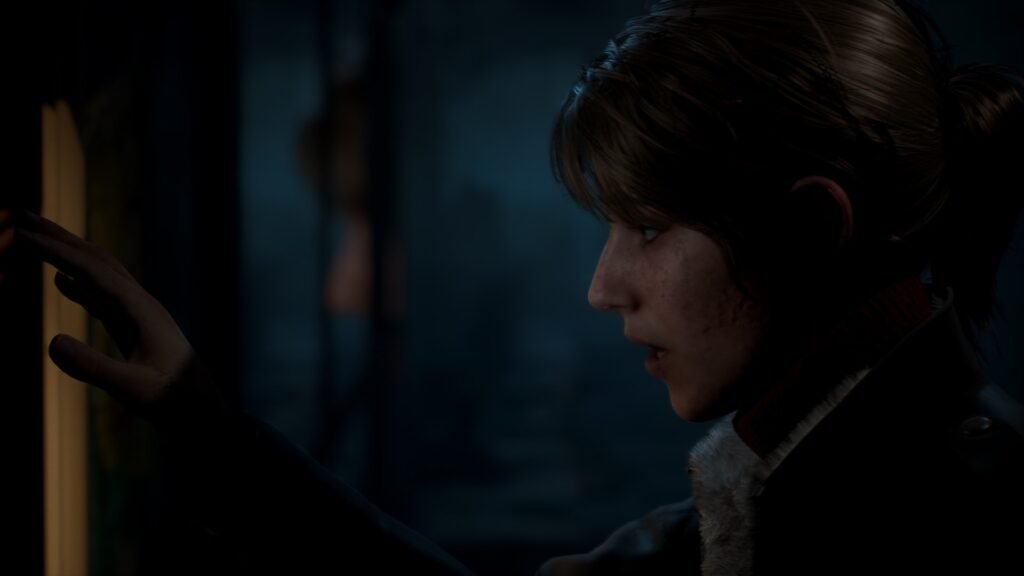 The Medium is unique with its concept though unashamedly pays homage to several titles of the genre in hit or miss fashion. Seeing two worlds on screen at the same time is an amazing technical and visual feat, one that solidifies The Medium as a one of a kind experience likely not to be seen again outside of potential franchise expansion.

With a gripping, thrilling and disturbing narrative that broadens with its all-too-spoilery-to-discuss perspective reevaluations, The Medium is the complete package for fans of psychological horror titles. To think “it all starts with a dead girl”…

– No additional modes or replay options 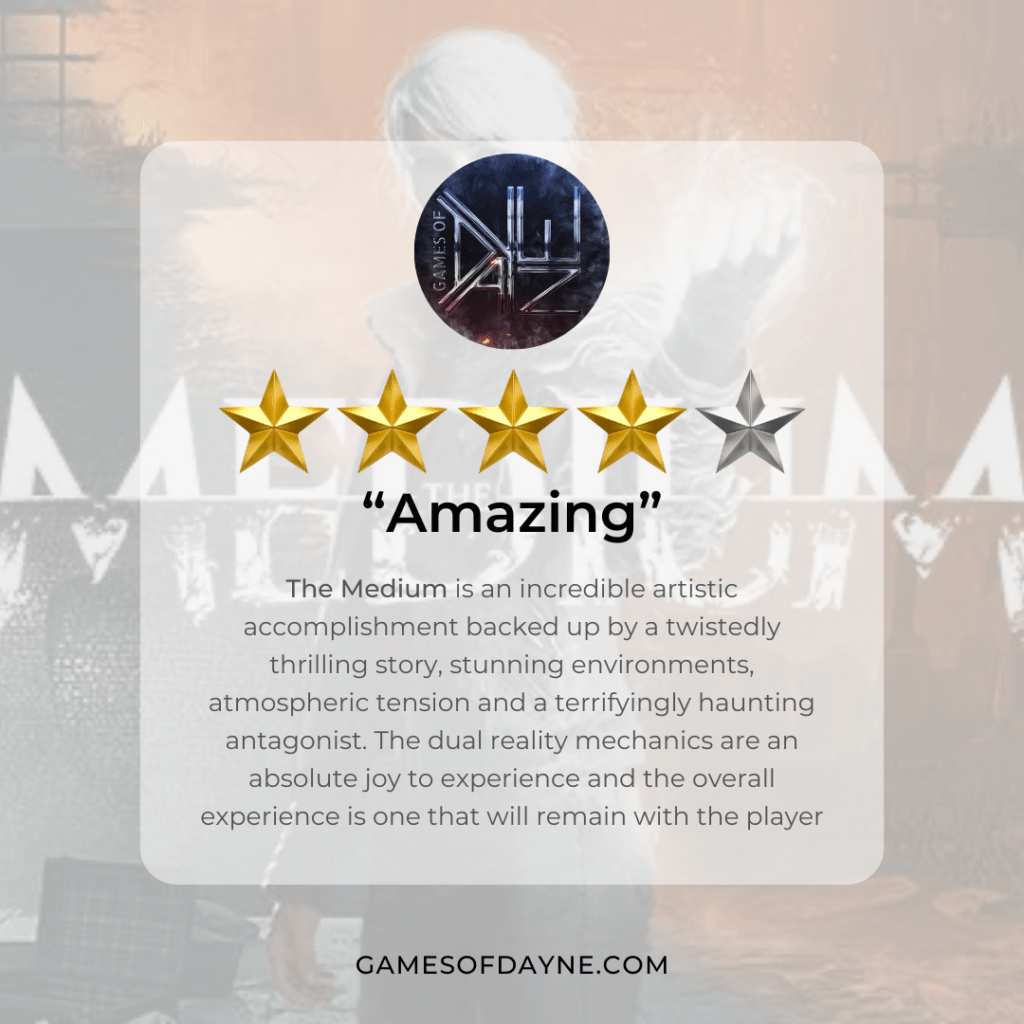