Ahead of its full release on February 11 a demo has been made available for Little Nightmares II, the sequel to 2017’s original puzzle-platforming horror adventure. Offering up about 20 minutes of gameplay, players are able to take a sneak peak into the creepy and atmospheric world nearly a month early.

The demo opens with players in the role of Mono, a young child with what looks like a paper bag on their head, in the middle of a dark and gloomy forest. The atmospheric tone and tension kicks in immediately with the environment feeling eerie and unsettling from the get-go. 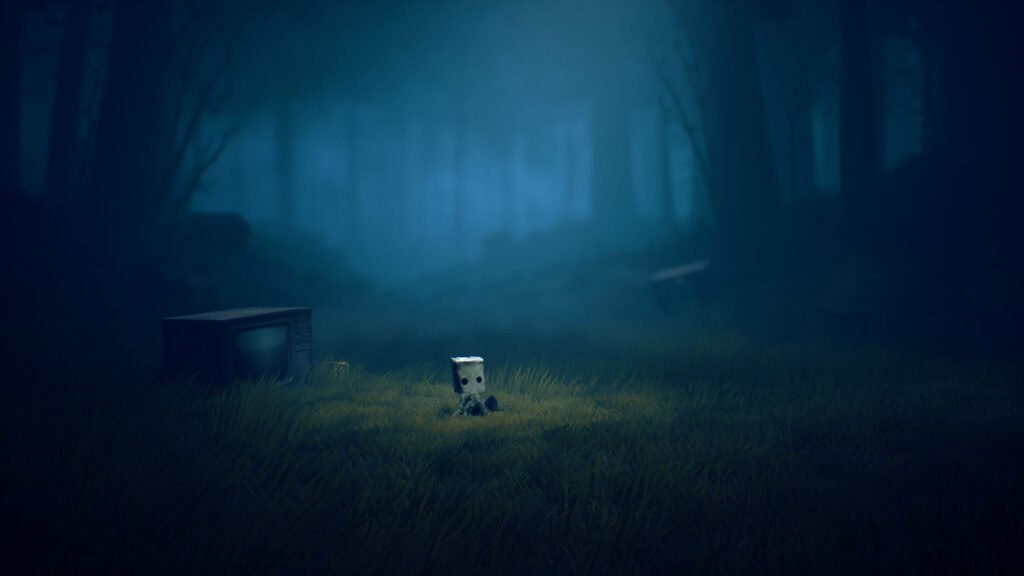 As visually memorable as Six, the yellow raincoat wearing protagonist from the first entry – and also present later in this demo and naturally the full release – Mono stands out as unique and fits well within this world of oddities. Pausing the game reveals a “Hats” menu which suggests alternate hats/headwear will be available to unlock somehow which should allow for some fun variations to Mono’s appearance. 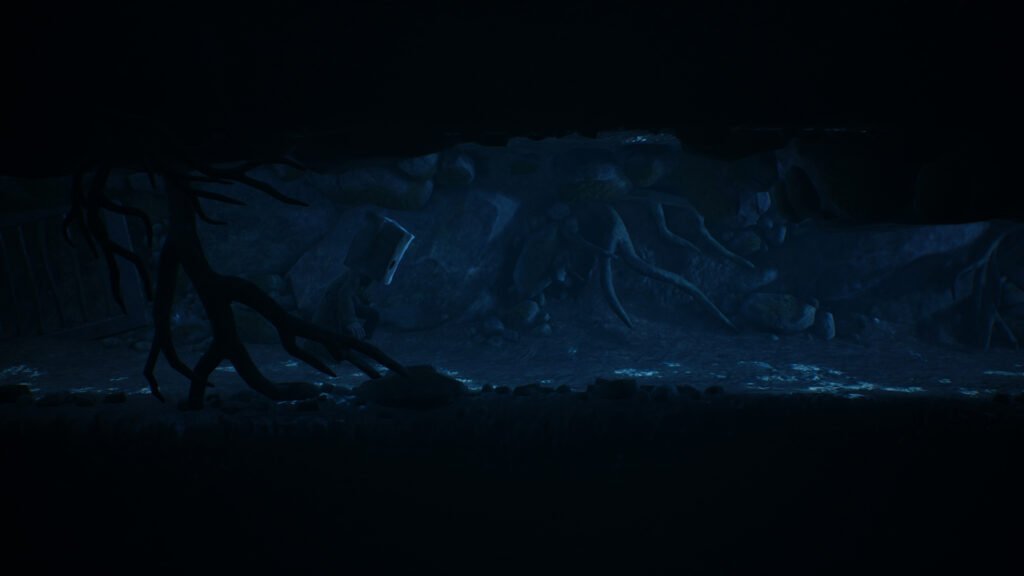 Progressing forward amidst falling leaves Mono must open grates to crawl through passages and climb low platforms. The deeper the player pushes through the level the more unsettling the environment becomes. A group of ensnared people, or perhaps strategically placed as an emphatic warning, hang from above with arms and legs protruding from all sides. 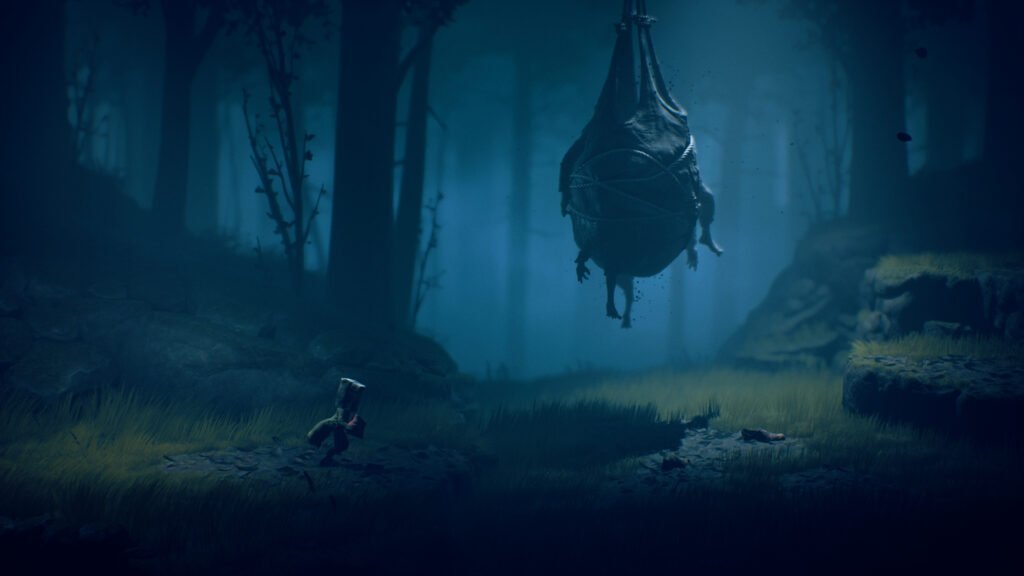 Navigating tripwires, bear traps and snare traps encourage environmental awareness while also incorporating environmental puzzle solving. Picking up a nearby shoe and throwing it into a suspicious collection of leaves sets off a mouse trap/domino-like effect of bear traps to go off, snapping into the air and disturbing the foliage that once concealed them. Trial and error will be a staple of Little Nightmares II, taking players back only a few seconds to try again. 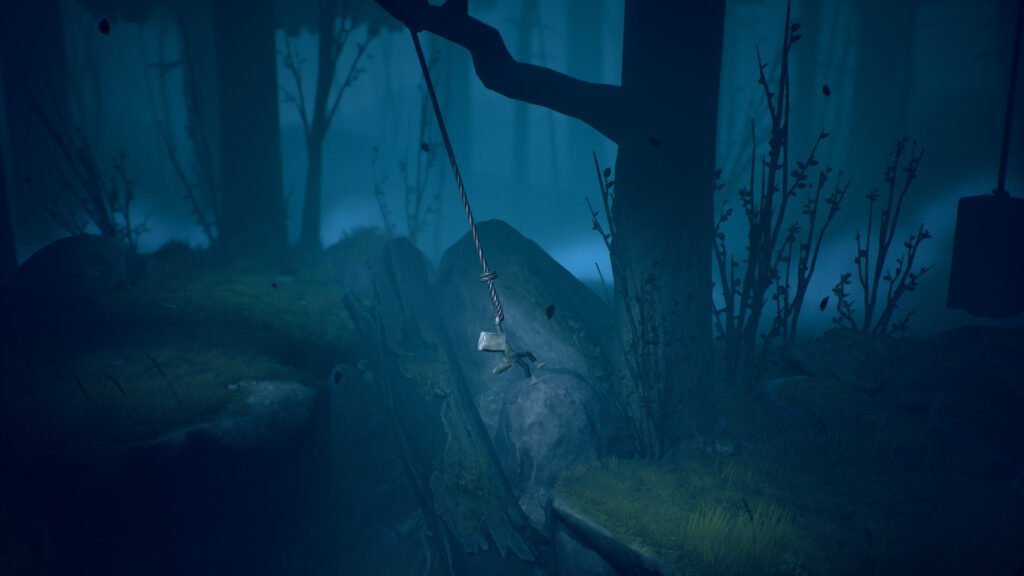 Before long the comes across an old shack and must enter by climbing a box and through an open window. The kitchen table and floor below it are littered with grisly entrails. Passing through the creaky corridors Mono soon encounters another child creepily playing behind a closed door which must be freed, scurrying away upon release. Further exploration leads Mono through a disturbing dinner situation that is easier witnessed than described. 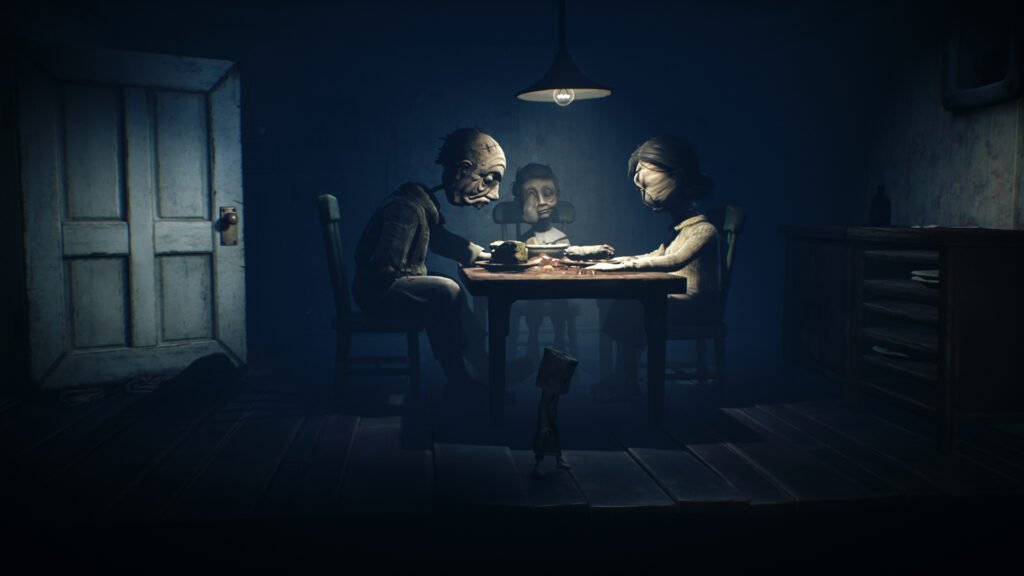 The return of the mysterious child introduces the AI co-operative elements such as working together to reach a rope hanging from the ceiling to access the attic above before following Mono for the remainder of the demo. This has potential to introduce some fun mechanics for a myriad of undoubtedly creative puzzles in the full release. 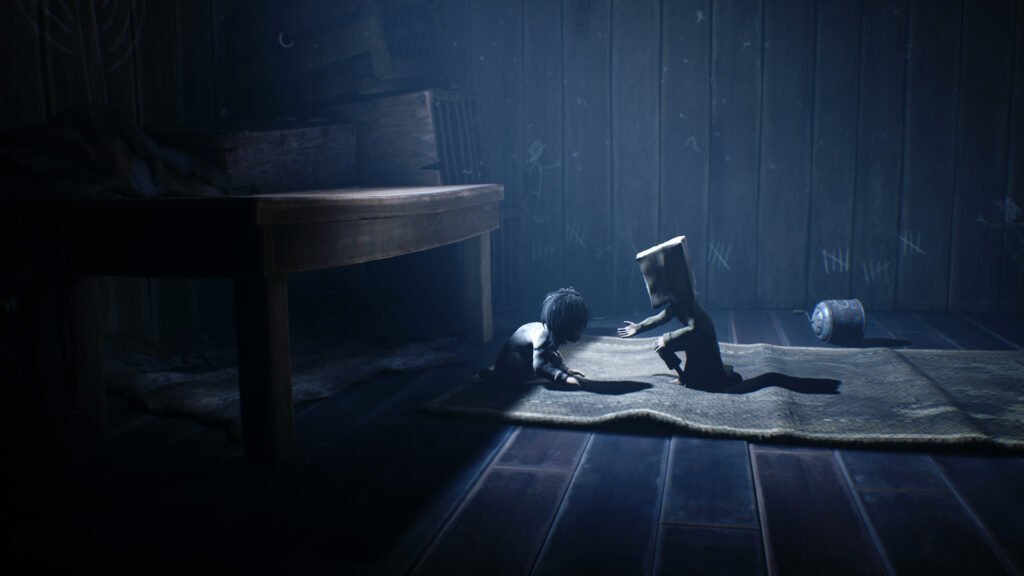 Stealth is priorities shortly after with the introduction of a shotgun toting madman with a spotlight. Utilising crates as cover in between his shots is the only way to push forward and survive. After hiding as he moves forward, Mono must crouch and move alongside him while his light is pointed in the other direction. The tall grass is not enough to conceal Mono and the other child from the glare of his spotlight, triggering him to shoot and instakill the player should they be detected. Successfully passing by and crawling through a hole under a tree concludes the demo. 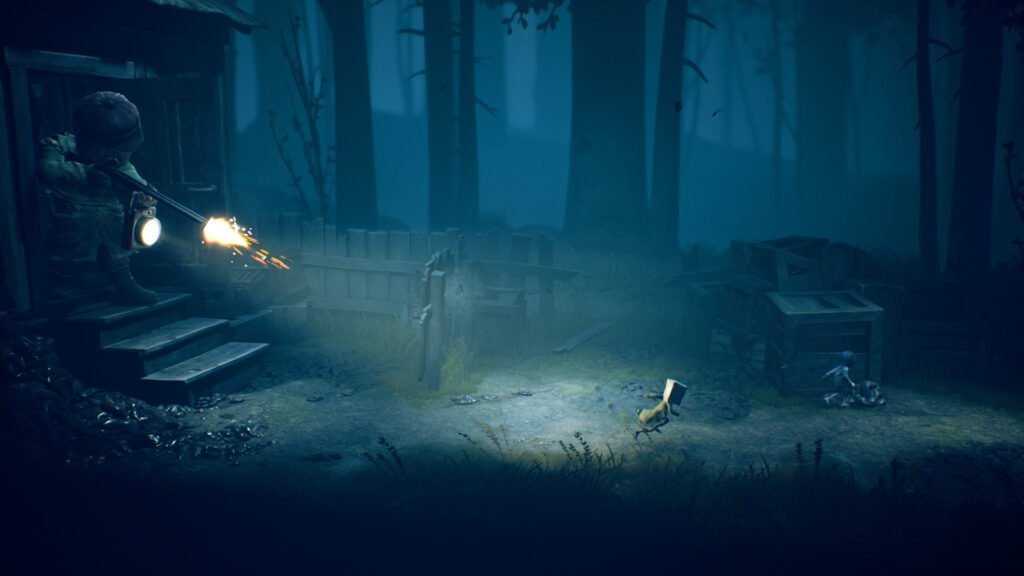 Looking back on the experience presented in this demo, the gameplay feels tighter and more responsive from what little we were able to try when compared to its predecessor. The atmospheric tension and haunting score and sound design are characters in their own right, perfectly complementing the charming yet gritty art design.

The demo for Little Nightmares II is available now and the game launches in full on February 11 Xbox One/Series X|S, PlayStation 4/5, Nintendo Switch and PC with free next-gen upgrades coming later in the year