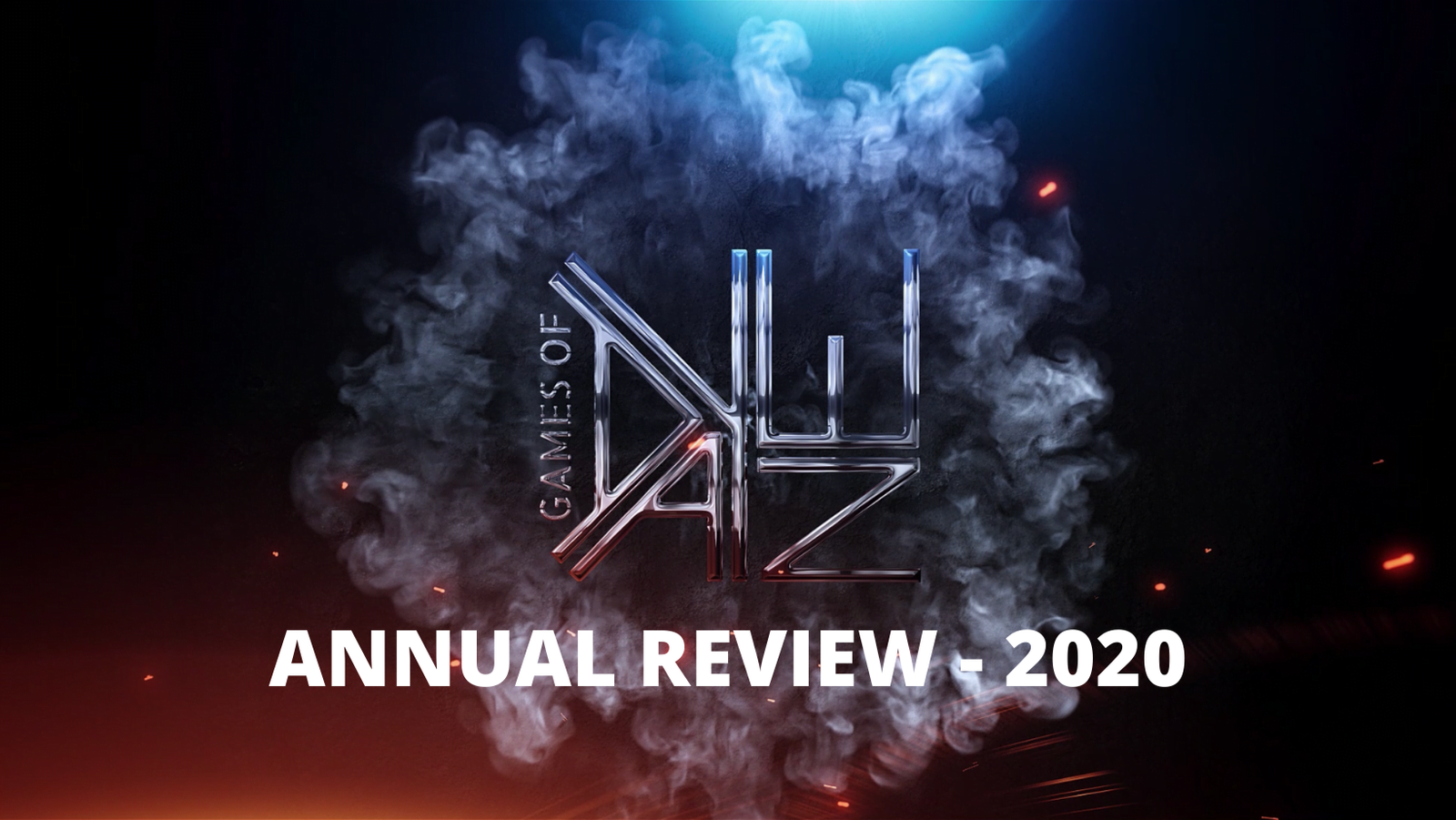 2020 was a wild year and would turn out to be so much more important for games than any of us may have expected at the start. With people across the world stuck at home for weeks or months, video games had their moment in the spotlight to provide a constant source of entertainment and for players who usually have less time to devote to this hobby, they found themselves able to get stuck into their backlog and put some quality time into games they’ve been looking for time to play. It also allowed me to get this website up and while I’m finally wrapping my head around it all, I can’t wait to do produce some more exciting content for it!

While there were several high profile game delays, some of which still managed to launch in 2020, the year saw a steady flow of new release titles to keep people very busy. Each month seemed to bring a never ending supply to keep me going in what would ultimately become one of my favourite years of releases. I managed to review 100 titles, primarily on Xbox One with a small handful of PlayStation and Nintendo Switch games. With the launch of the Xbox Series X and PlayStation 5 in November, the year closed out strong with some excellent games to be enjoyed on this new generation of consoles and the amazing features they offer.

Below you’ll find a complete list of every Review I published in 2020, all 100 of them! Simply click the title to check out the full Review!

I also compiled my personal picks for Game of the Year across a small handful of categories, which can be found HERE.

As 2020 also served as the end of a console generation, I also painfully prepared my personal favourites in my Games of the Generation article, which can be found HERE.

My #RoadTo1MillionGamerscore continued, taking a nice leap forward in April where I earned over 140,000 Gamerscore for the month. This new personal best, previously a 60,000 month in July 2019, would ultimately comprise just over half of my 2020 total. Below you can see my Xbox Stats for 2020 and my Xbox Stats (Lifetime)/Overall Total by the end of 2020. 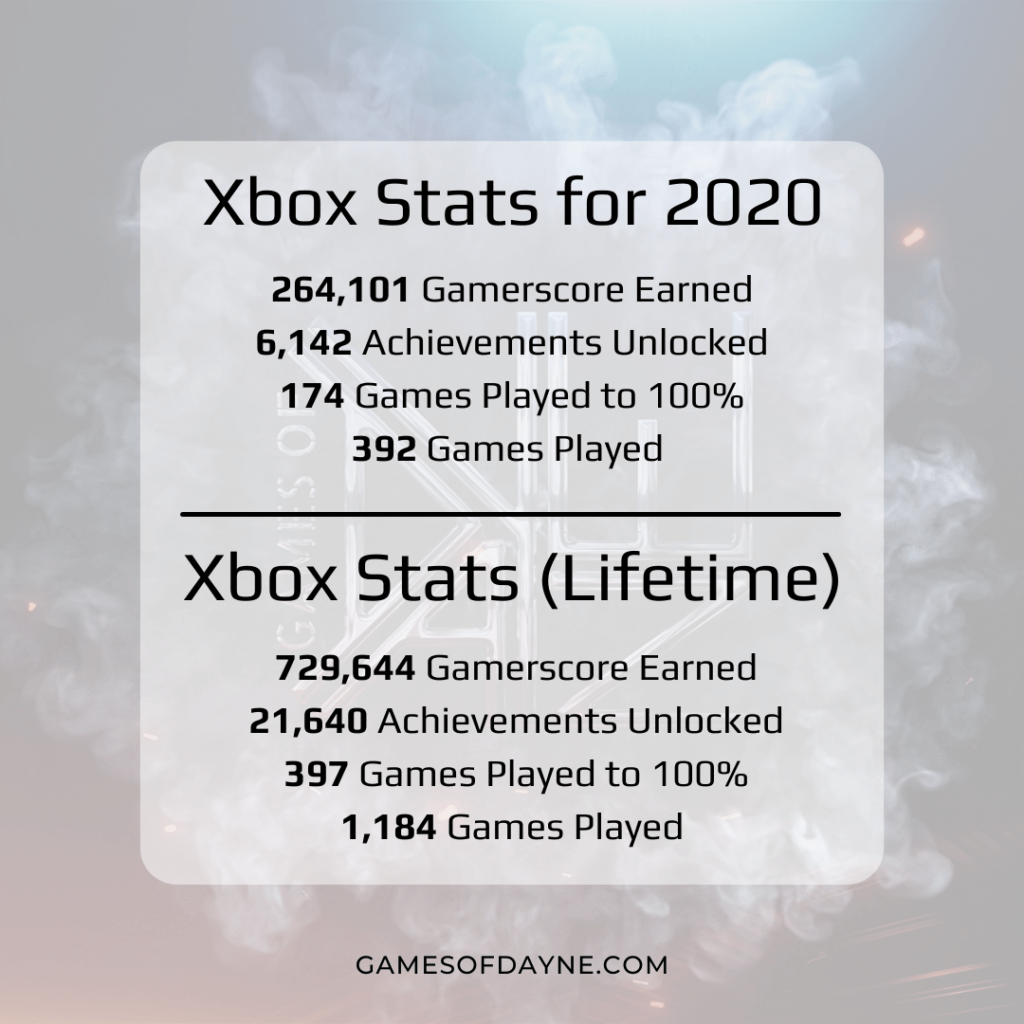 I plan to shatter my best day and best month for Gamerscore records, currently 20,000 and 140,000 respectively, when I reach the end of my #RoadTo1MillionGamerscore… in July. July will likely be the biggest month I ever go through in regards to Gamerscore as I plan to pump out at least 200,000 Gamerscore for the month to push me into that magical seven digit territory. I can’t wait to conquer these goals so I can take a little time to work through my triple digit backlog that includes some PlayStation and Switch games that have been patiently waiting for me.

On the game front, there are so many that I look forward to that currently have release dates with many more that don’t have firm dates but are slated for a 2021 release. Last year was such a strong one and this year already looks to be able to match it. With the power of the Xbox Series X at my disposal I am so excited to see dozens of titles that look to take advantage of this new year and deliver some amazing experiences.