2020 saw the rise of the next generation of consoles with the Xbox Series X|S and PlayStation 5. The dawn of a new era left behind an incredible generation which saw some of the greatest games I’ve personally ever played.

What I’ve compiled below are my personal favourite Top 3 in the following categories; Xbox, PlayStation, Independent Studio and Multi-Platform, capped off by my Top 5 overall favourite Games of the Generation.

Best Xbox Games of the Generation

Ori and the Blind Forest

An absolutely beautiful metroidvania platformer with charming art design and fun gameplay, Ori and the Blind Forest was a joy from start to finish. A stunning score, breathtaking visuals and engaging gameplay, Ori had it all.

The overall presentation was a near flawless experience that feels fresh and enjoyable even 5 years after its 2015 release. Spawning an incredibly epic sequel, Ori has the potential to be a franchise that has me excited for its future.

Excellent performances, a thrilling narrative and fun gameplay came together in a very unique package that has constantly remained in the back of my mind as one of the best experiences I have ever had.

Best PlayStation Games of the Generation

An emotional performance from Sam Witwer would be enough to get me interested in a game but when his character is thrown into the midst of a zombie apocalypse that has seen him departed from his wife and all he has left is his best friend and his motorbike, Days Gone is a pretty epic package. While the gunplay isn’t as great as it could be, Days Gone has a beautiful world that has been ravaged by the zombies, referred to as freakers, that can be explored while riding a customisable motorbike and tells an emotional story that is admittedly longer than it needs to be.

Despite these minor gripes with story length and gunplay, offering a ton of optional side missions chains as well, there is no shortage of things to do in a world full of characters that are interesting. Days Gone pleasantly surprised me and I regularly enjoy returning to that world and riding through the post-apocalyptic mayhem.

2013 saw the release of the critically acclaimed The Last of Us on PlayStation 3. 7 years later and the highly anticipated sequel stormed onto the PlayStation 4 and delivered an emotionally charged, shocking and ultimately thrilling narrative that threw out any preconceived concept of good versus bad. The powerful and tragic cycle of violence was ever-present throughout the highly divisive story that I personally believe was heavily influenced by their perspective of their experience. By a landslide The Last of Us: Part II is the only experience I had on PlayStation in 2020 that was memorable, thought provoking and worth revisiting.

Uncharted is a series that manages to outdo its previous entry each and every time, delivering epic and emotional stories led by Nathan Drake. Uncharted 4: A Thief’s End maintained that trend and delivered an action packed, emotional, thrilling and highly cinematic adventure full of characters that felt genuine and authentic. The gameplay had evolved incredibly to the point of near perfection, the visuals were awe inspiring and the story telling was flawless.

Nolan North delivered his best performance in the series as Nathan Drake, solidifying Drake as my personal favourite video game hero in the process. Uncharted 4: A Thief’s End effectively manages pace by slowing things down when necessary before kicking back into gear in this non-stop thrill ride.

Reminiscent of the classic 3D adventure platform era of the late 90’s and early 2000’s such as MediEvil, Pumpkin Jack blew me away by offering a refreshing experience that was rooted in a genre that is all but forgotten. The charming world and playful art design were an absolute joy to experience. With fun yet simple gameplay and light puzzle solving, Pumpkin Jack also manages to tell an interesting and heartwarming story of a devious rogue with more heart than he was given credit for.

Never before have I felt as tested, challenged and had my survival instincts questioned as I was with Ancestors: The Humankind Odyssey. Panache Digital delivered an experience offering little to no tutorial, instead opting to put players at the mercy of their own intelligence as they attempt to evolve apes through generations across millions of years. Survival has never felt more urgent, danger has never felt more real and the fear of loss has never felt as consequential as when a member of your clan succumbs to injuries, sickness or merciless murder at the hands of nature’s wildest beasts.

There is no story and there is no particular objective other than to survive millions of years and evolving your ape clan to the brink of humanity. Challenging, thought provoking, incredibly frustrating but ultimately rewarding, Ancestors: The Humankind Odyssey provides such satisfaction when the player is able to finally figure out how to do something that has caused frustration for minutes or hours. I have never felt so challenged but I have never felt so rewarded in any video game ever more than I have with Ancestors: The Humankind Odyssey.

Best Multi-Platform Games of the Generation

With Control, Remedy Entertainment solidified their Remedy Connected Universe, confirming the worlds of Alan Wake, Quantum Break and Control as existing in the same universe. Control more than capably holds its own as an incredible testament to the thought provoking narrative driven experiences Remedy have become know to deliver.

With incredibly dynamic, interesting and enjoyable gameplay which includes supernatural abilities, Control is a thrill ride start to finish. With a compelling narrative and an incredibly unique tone overall, Control is a master class in third person action adventures that keeps players thinking throughout. Going on to received two epic story DLC expansions, Control is one hell of an experience and what the future holds is incredibly exciting to speculate.

No game has ever been designed exclusively with co-op in mind quite like Hazelight accomplished with A Way Out. An incredible tale of two cell mates working together to escape prison and survive on the outside is more compelling, clever and enjoyable than it has any right to be. With gameplay mechanics that masterfully require players to work in unison, either via local co-op or online, this is the definitive co-operative multiplayer experience. The story is interesting, rife with suspense and tension and allows for decisions to be made that impact not just the player but their co-op partner as well. Tragic, heartfelt and thrilling, A Way Out is a must play experience.

2010 saw the critically acclaimed release of Red Dead Redemption from Rockstar Games. An open world action adventure set in the Wild West told the emotional story of John Marsden. 7 years later, Red Dead Redemption II launched as a prequel that further delved into John’s backstory but put the player in tragic boots of Arthur Morgan in an epic drama.

An absolutely jaw dropping world to explore was chock full of optional side missions and hunting to keep players busy for dozens of hours after the credits roll on the heartbreaking story. Featuring multiple endings based on a few key decisions, replay value couldn’t be higher with this breathtaking experience that managed to exceed every expectation.

The 12 games mentioned above are the very best games that captivated my imagination and attention. Games of the Year and Games of the Generation will always be incredibly subjective but the list I compiled above are what personally managed to command my attention more than any other of the hundreds of games I played throughout the 7 years of the last console generation. Below I am sharing with you, of the hundreds of games I played, my Top 5 personal favourite Games of the Generation.

Top 5 Games of the Generation 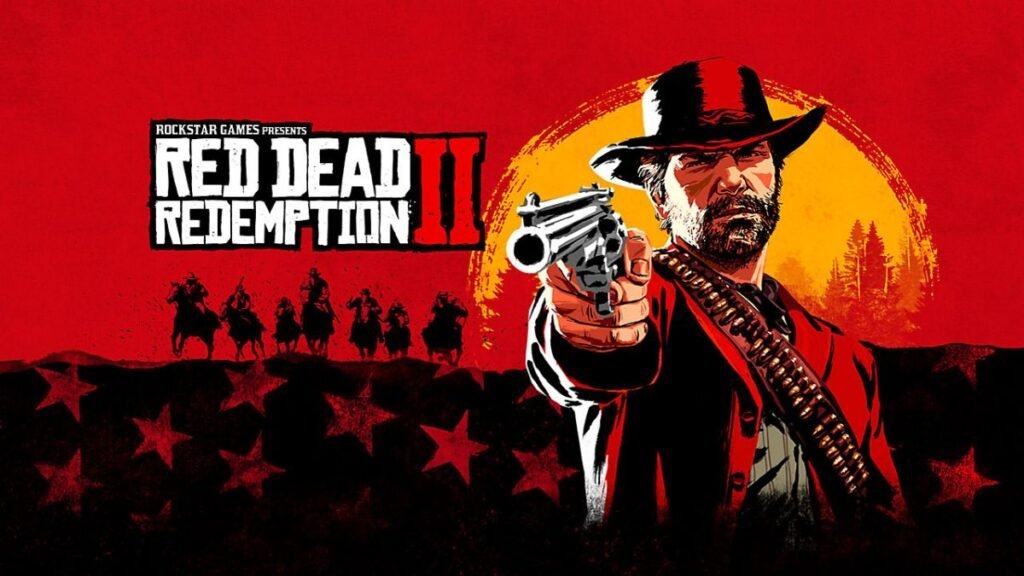 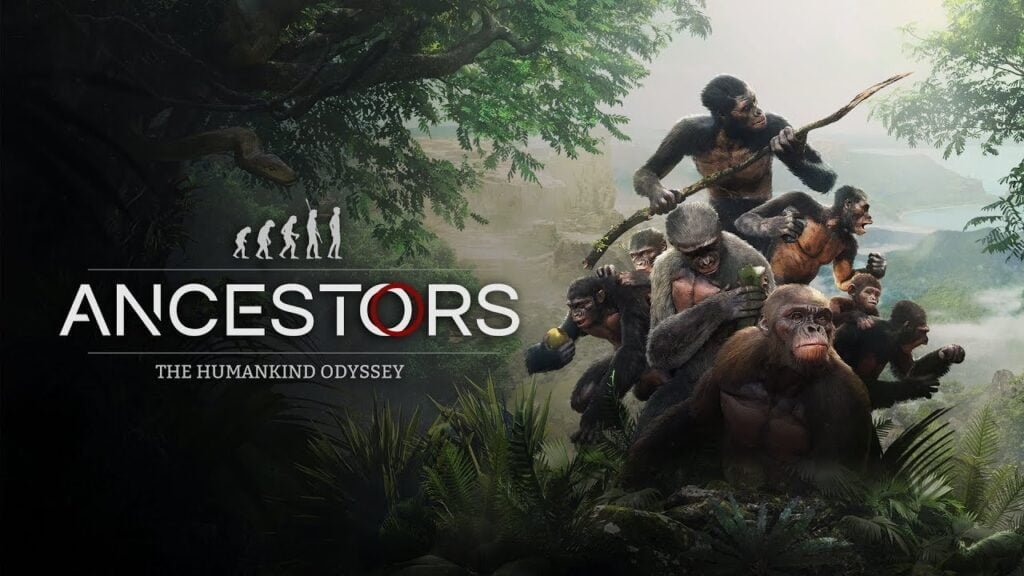 7 years, hundreds of games and my personal favourite Game of the Generation is Uncharted 4: A Thief’s End and as we enter the new generation, I’m looking forward to the hundreds more experiences I’m yet to have.

With the bar set for what I’m looking for in my next generation defining experience, I am so excited to see what can capture my attention the way every single game in this article has. I have no doubt some of the greatest games I will ever play are yet to release or yet to even be thought of and its that uncertainty that has me most excited.

Video games have the ability to provide experiences unlike anything we can have with film or television and as someone who leans towards a powerful story over gameplay, I’m looking forward to being on the edge of my seat wondering what’s going to happen next. The story of this generation will be interesting, exciting and unpredictable. Until then, I can’t wait to play hundreds more games in search of my next favourite.

Tags: Games of the Generation