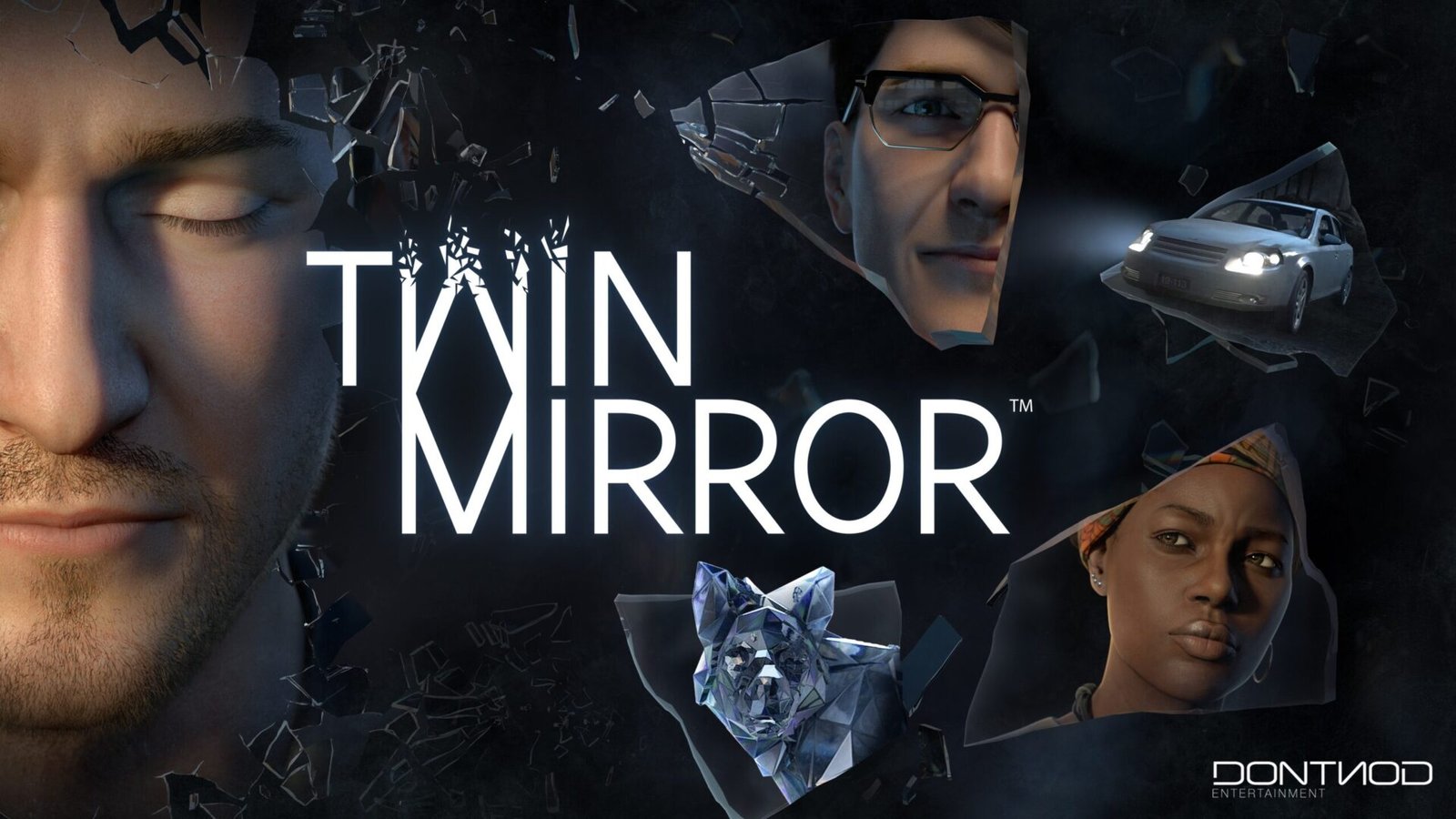 DONTNOD return with another interactive psychological thriller that digs deep into the past and fragile emotional states of its cast in Twin Mirror. The cinematics do the heavy lifting and tasks the player with simply exploring various locations in search of clues and interacting with other characters in order to uncover vital information.

Having to follow up on their previous critically acclaimed titles in Life is Strange and more recently Tell Me Why, DONTNOD have raised the bar in the genre to a level that Twin Mirror ultimately can’t quite reach. Originally conceived as an episodic series, the decision was made to restructure the experience in an effort to avoid players having to wait in order to continue the story. Despite being a singular continuous narrative, Twin Mirror fails to hide the seams of where the planned three episodes would appear and the result is a somewhat disconnected experience.

Players assume the role of Sam Higgs, an investigative reporter that left the fictional town of Basswood following a disruptive expose on the local mine. Two years have passed and Sam returns to Basswood to attend the wake of his best friend Nick. It’s a less than welcome homecoming for Sam as many of the local townsfolk blame Sam for the closure of the mine and disruption to the employment and very livelihood of the community.

Having turned his back on his home, his friends and even his girlfriend Anna, Sam’s return was never going to be as simple as attending the week and leaving as soon as possible. Old friends, colleagues and Nick’s daughter all have a lot to talk about with Sam, all of which are conversations Sam would very much like to avoid. The story barely begins to unfold before players are able to see that Sam’s actions, despite his lack of intent to cause such chaos for the town, have vilified him with little hope of redemption, acceptance or forgiveness from the Basswood locals.

The nature of Nick’s death has roused suspicion in his young daughter Joan, who happens to be Sam’s goddaughter. Joan asks Sam to look into it as she refuses to believe Nick died in a car crash as reported. 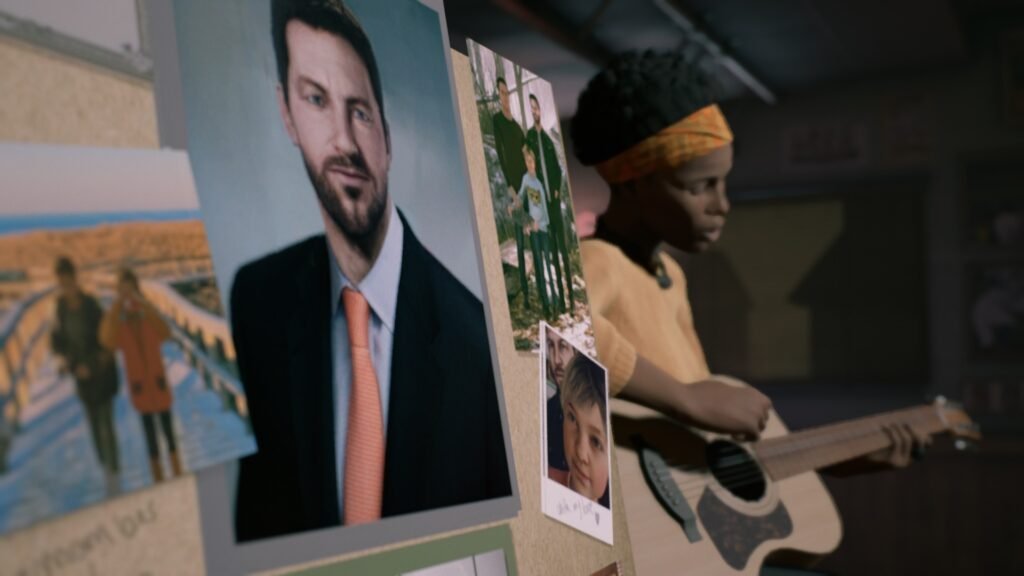 After a heavy night of drinking following the wake, Sam wakes to find his shirt covered in blood with no memory of what happened. Here the Mind Palace concept is introduced, freezing time and allowing Sam to explore a fractured version of reality to piece together identified clues and witness alternative scenarios play out before ultimately concluding the true series of events. It’s an interesting concept that is visited frequently throughout the 4-5 hour adventure and while some clues may be a little frustrating to identify, it works well. They are impossible to fail as an incorrect sequence will simply revert Sam to make the choice again which removes any consequence for sloppy detective work. 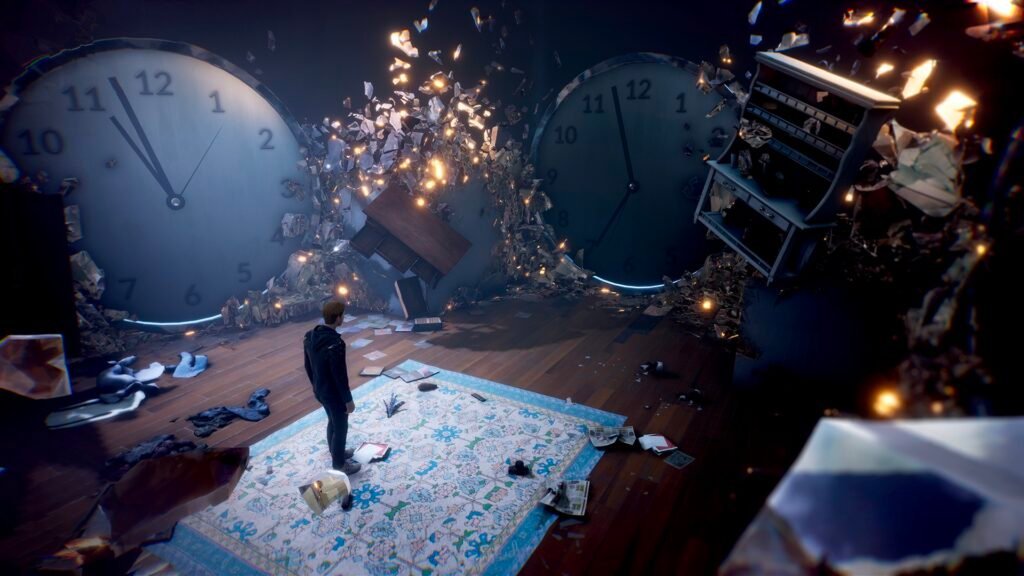 As Sam digs deeper into the events leading up to Nick’s death he is never truly alone. Accompanied by his imaginary friend referred to only as Him or The Double, Sam is often presented with choices that are typically good or bad in terms of the situation. For instance, The Double will express why a certain decision may benefit Sam or the investigation or why it may have a negative impact. Almost like a visual representation of Sam’s moral compass, the decisions made don’t seem to impact the overall story significantly and merely present slightly alternative routes to the same narrative conclusions. 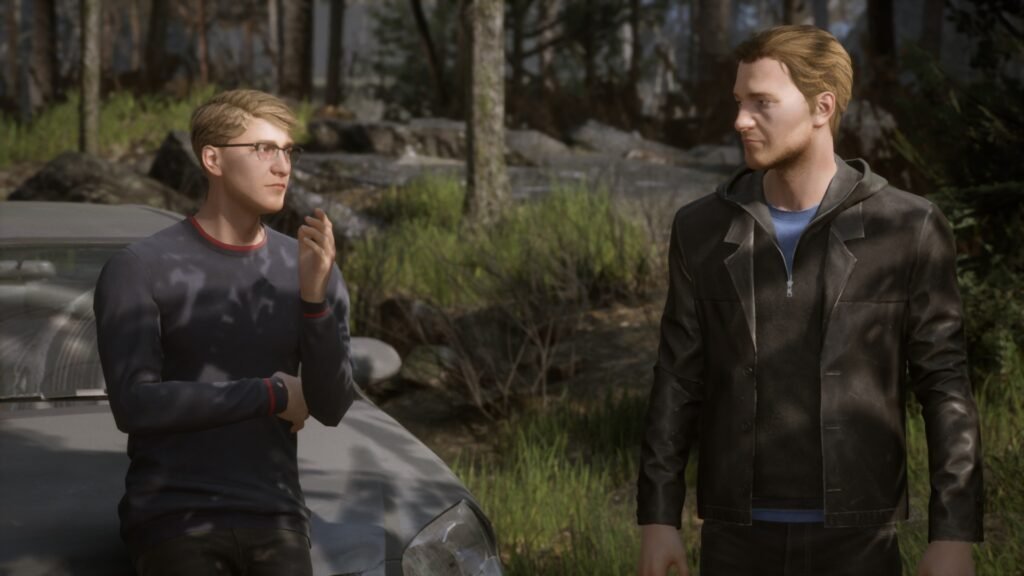 The ending unfortunately fails to land on an emotional level and barely manages to feel as though the brief journey that lead to it is worthwhile and meaningful. Considering DONTNOD’s work in their previous titles it is very surprising to see Twin Mirror not only feel less emotional or resonating but for it to struggle to maintain interest or investment in the characters is a misstep in an otherwise excellent body of work.

Twin Mirror is an interactive adventure which places less emphasis on actual gameplay and instead focuses on presenting a more cinematic and episodic feel. This is particularly welcome considering the rather monotonous and uninteresting gameplay mechanics. Exploring an area and interacting with objects and the environment to uncover clues is less inspired than it sounds on paper. This feels largely due to the lack of likeability in protagonist Sam. By no means an actual detective, Sam’s background in investigative journalism  leads the gameplay and with uninteresting characters to interact with and the incredibly slow pace of the story itself, he struggles to feel fun, interesting or as if he genuinely cares. Despite his investigation being rooted in the death of his best friend, this feels like busy work to Sam and this ultimately translates to the player.

Piecing together sequences to determine how events played out loses all its weight considering failure is not an option. By allowing the player to continue solving these visual puzzles with no consequence for failure removes a sense of responsibility to careful decision making and undermines the gravity of the situation overall. Sam is investigating the death of his best friend, this should feel as though Sam is doing whatever it takes to get to the truth and by allowing his failure to be rewarded with continuous attempts to get it right any sense of pacing, tension and drama goes with it.

Basswood and it’s inhabitants suffer from some significant texture drops and delayed rendering with alarming regularity made worse only by the stiff animations of the characters. Feeling and appearing very wooden, it’s difficult for Basswood to feel alive, joining the story and characters as having less dimension than its premise. The score however feels lively though it’s sparing use limits it from saving the dull moment to moment gameplay sequences. Missing sound effects such as car doors opening and closing in silence, lack of footsteps on occasion and out of sync dialogue really remove the player from the scene with such frequency that it’s hard to really feel invested in the scene or experience overall. 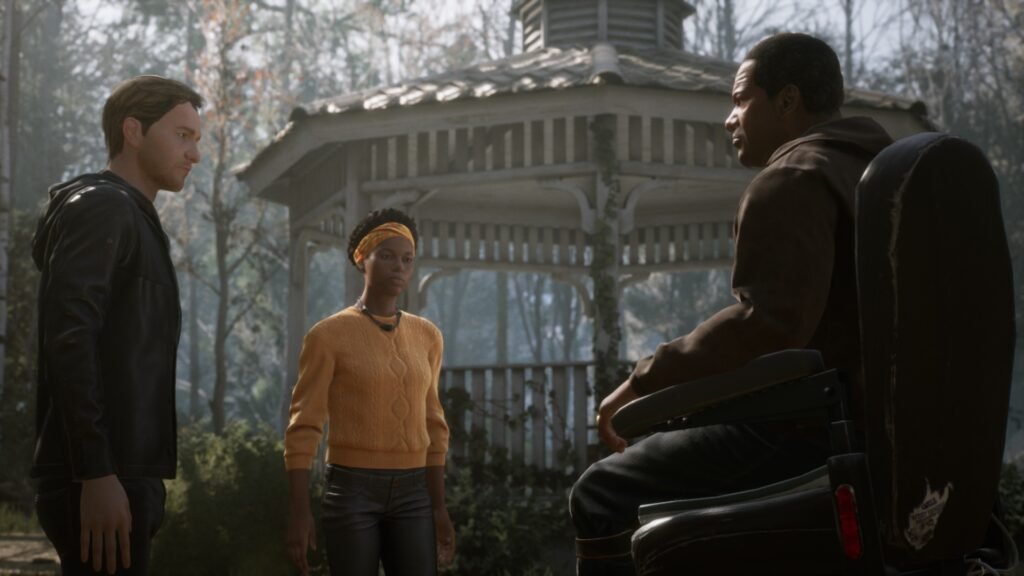 Upon getting to the bottom of the true nature of Nick’s death it’s difficult to feel an emotional attachment to any of the characters by the time the credits roll. Nick’s daughter Joan is possibly the only character in the entire game to feel remotely fleshed out and believable from a motivation perspective. Sam doesn’t feel like he cares and as that attitude is pushed to the players own perception of him, Twin Mirror comes across as little more than a journalist digging for a story rather than a man seeking truth and justice for the death of his best friend. A solid concept that was poorly executed, Twin Mirror blemishes an otherwise flawless track record of emotionally driven interactive adventures from DONTNOD.

– No consequences or meaningful decisions

Platforms: Xbox One, PlayStation 4, and PC