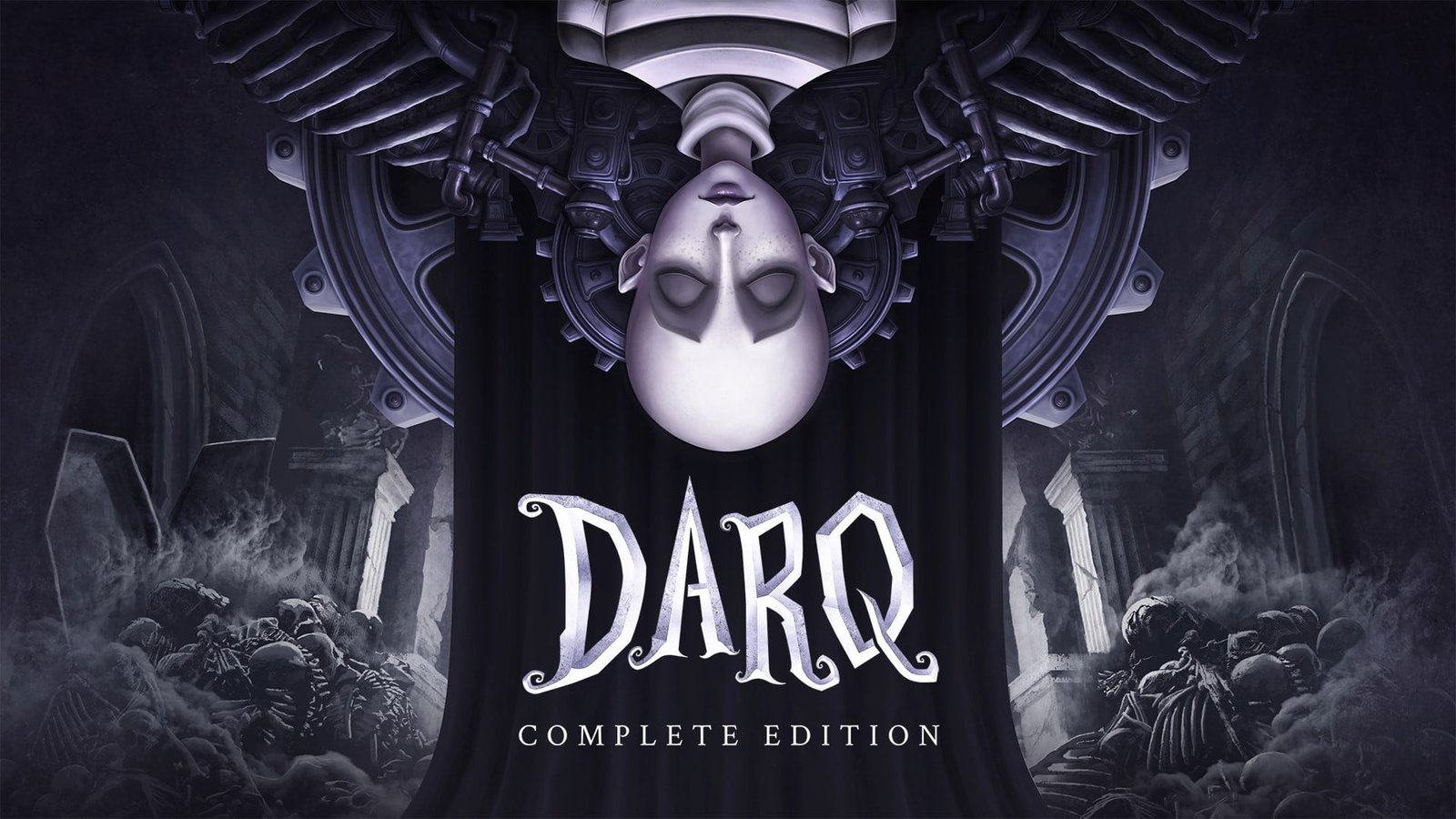 DarQ: Complete Edition is a side-scrolling psychological puzzle adventure set within the lucid dreams of a boy named Lloyd. Packed with striking monochromatic visuals and reality bending environment, this disturbing experience is challenging, tense and surprisingly deep. A combination of puzzles, enemies to sneakily bypass and a shifting sense of up and down keep DarQ engaging throughout its brief 2 hour adventure as per its original PC release in 2019 and includes a pair of additional bonus levels, one of which, “The Crypt”, is brand new for this release.

Interestingly enough when it comes to the narrative in DarQ it isn’t particularly articulated in the game itself but rather found in the synopsis of the title on its digital storefront or website. Outside of interpreting these are lucid dreams by Lloyd’s interaction with a bed at the beginning of each of the games 7 chapters, which sees an alternate version of himself float from his body as the other fades, no details are ever spoken or found via written content at all. This obscure approach to the storytelling prevents DarQ from being much more than a series of puzzles to solve with creepy happenings and sensory driven enemies. 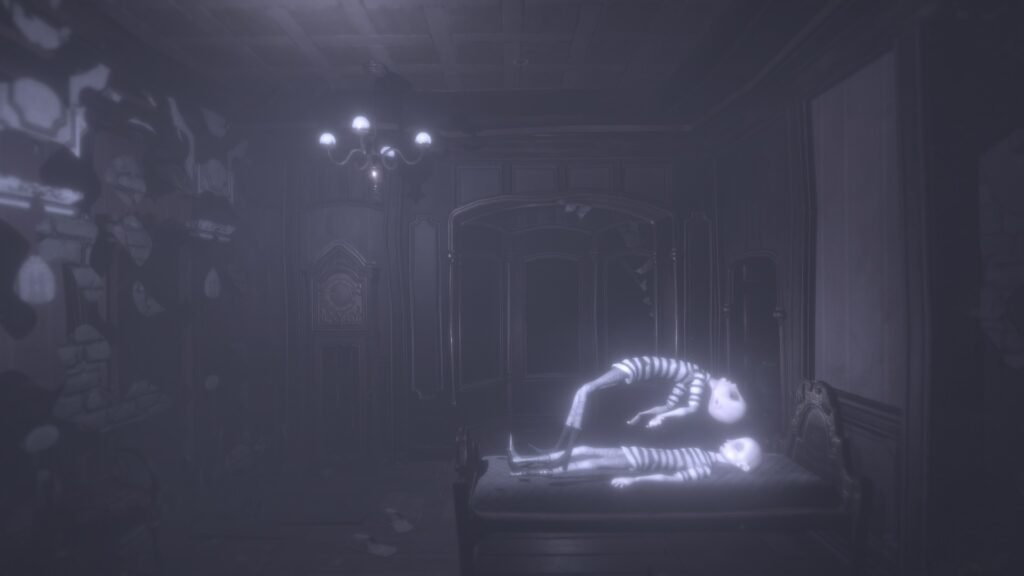 Luckily, the gameplay is interesting, challenging and enjoyable enough that the lack of a more obvious narrative can be somewhat overlooked. Lloyd is able to approach walls and interact with them which rotates the screen and makes the former wall become the floor. 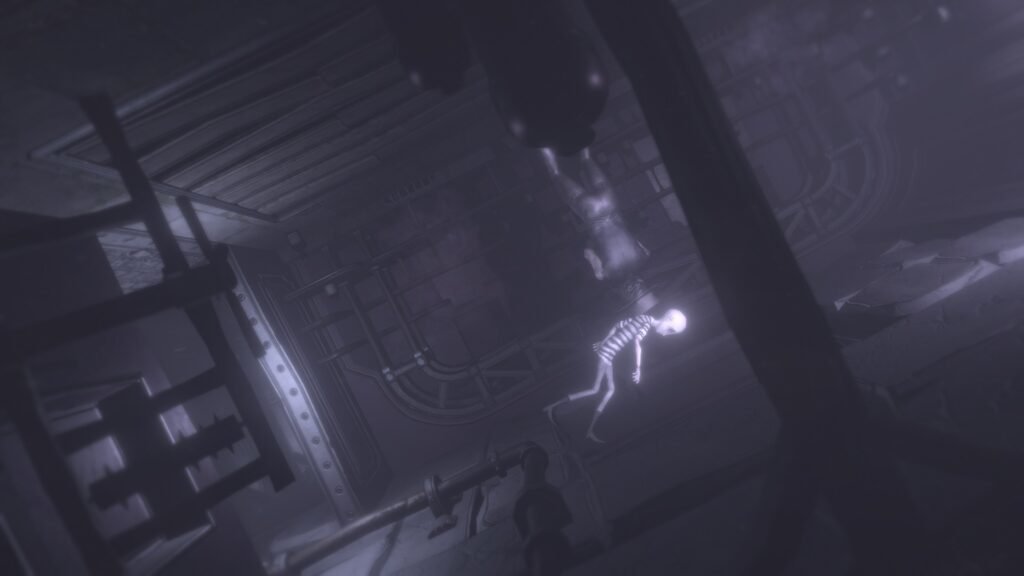 This reality bending, physics defying mechanic keeps the environment visually interesting and adds depth to the environmental puzzle solving elements effectively. Instead of being limited to simply left or right as defined by a side-scrolling title such as DarQ, this shifting environment keeps players busy particularly in regards to operating objects such as levers that control doors and walls for instance. This comprises the bulk of puzzle solving, as does finding objects such as wheels to operate new mechanisms or finding severed arms to control out of reach levers. DarQ keeps its puzzles interesting while remaining relatively simple for even casual players. 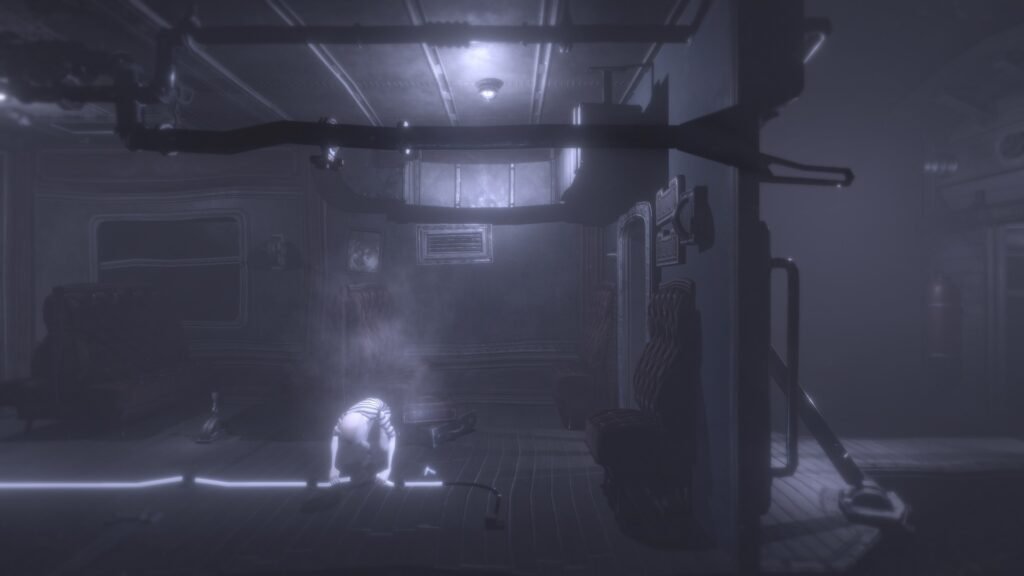 There are a handful of enemy types in specific places throughout the DarQ that need to be bypassed with stealth. Crouching, hiding, and remaining still when looked at for instance are examples of how these enemies can be safely passed as there is no combat or any means of actually defeating enemies. They don’t feel particularly dangerous and being caught will only set the player back to the beginning of the encounter to try again. 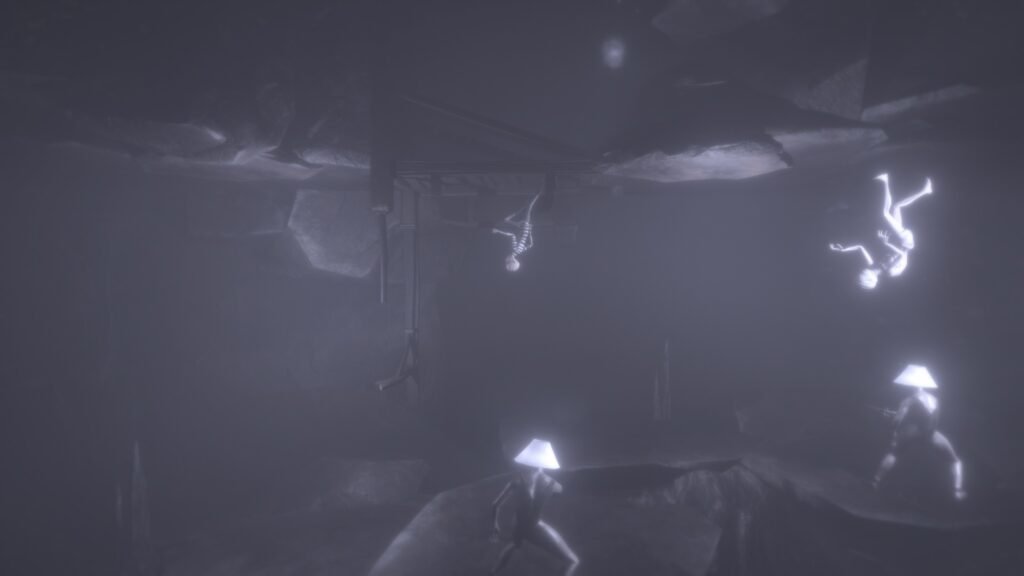 DarQ is stylistically brought to life with its sparing use of colour and creepy environments. Despite a rather static world with little animation outside of Lloyd himself, an ominous score establishes an eerie tone that is ever-present, adding tension to a pretty safe experience. How it balances these styles effectively with interesting gameplay and no real story to speak of is a little bit of a mystery but one that manages to come together for an effective and enjoyable overall presentation. 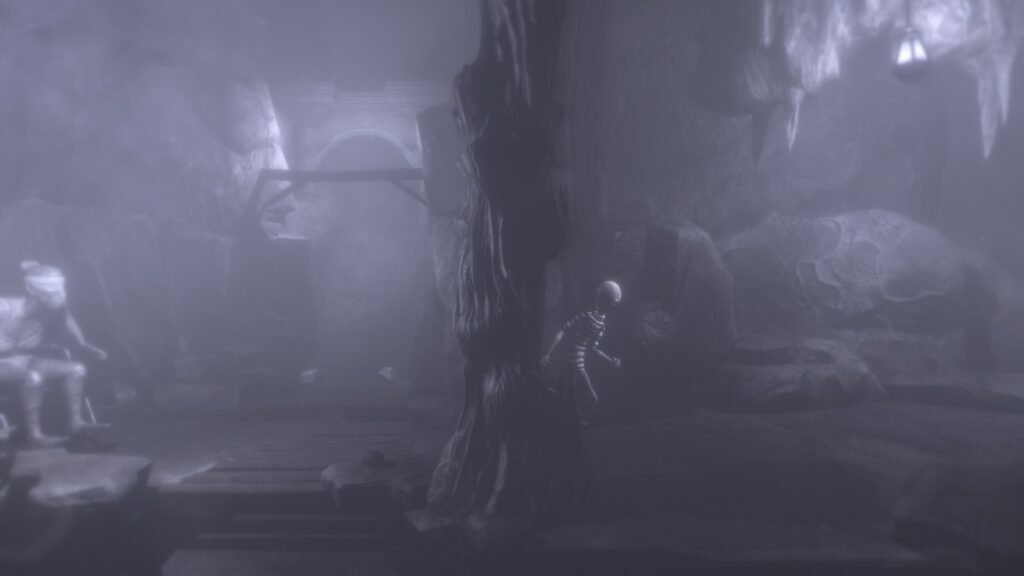 Having the events of DarQ take place within the lucid dreams of a boy allows for the unique interpretation of environmental puzzle solving that isn’t tied to the laws of physics. The shifting verticality and creepy occurrences taking place in the background effectively create a dark and twisted world that remains enjoyable despite no real context of what or why anything is happening. The ambiguity of DarQ and Lloyd himself leaves the player open to theorise what they think it all means, and maybe that’s the point. Regardless of intent, DarQ is an effective and artistic experience that offers an enjoyable challenge in a brief but tidy package. 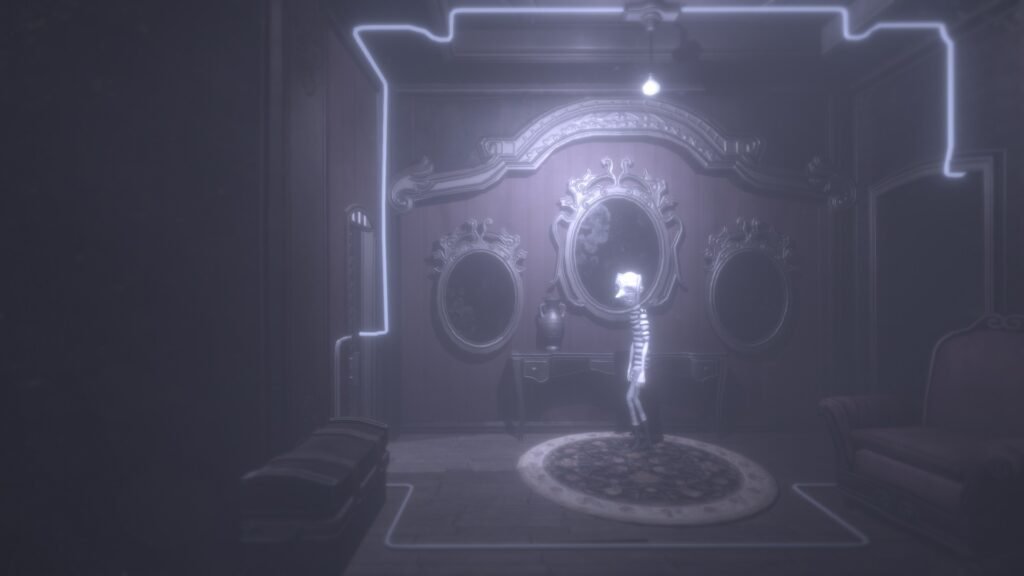 – Little sense of threat or danger