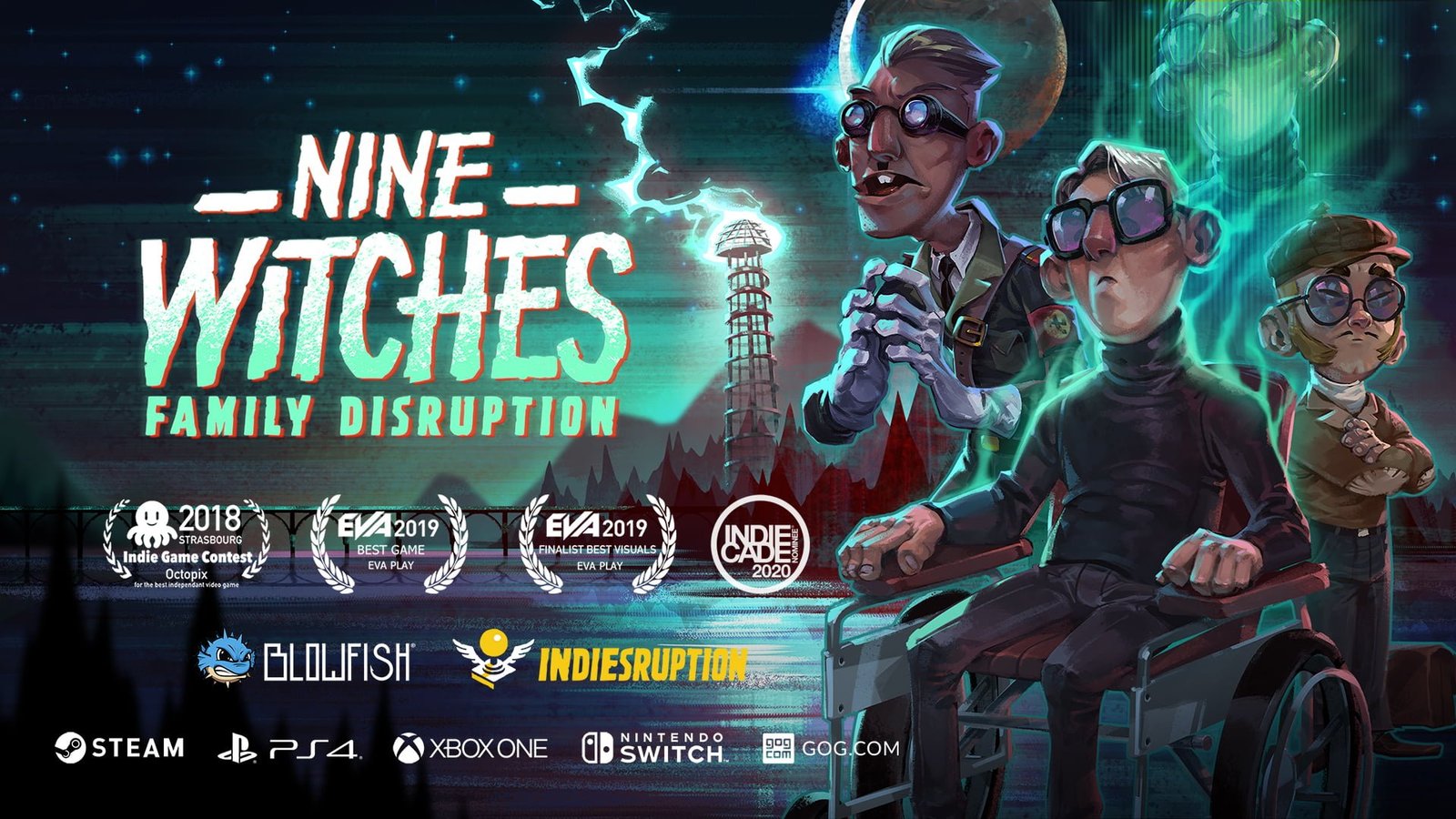 The end of World War II looms and in the midst of the global conflict a sleepy Norwegian village by the name of Sundäe takes centre stage. Nine Witches: Family Disruption is so much more than a supernatural point and click adventure to stop the Nazi’s from unleashing hell on earth. Packed with humour, over 50 interesting characters to interact with and charming pixel art visual design, this quirky tale is an excellent addition to the genre courtesy of developer Indiesruption.

Russian paranormal scholar Professor Alexei Krakovitz and his faithful assistant Akiro Kagasawa are personally approached by the Prime Minister to investigate a paranormal event in Sundäe. Alternating between these two protagonists at will, the player embarks on a mission to uncover the secrets behind this mysterious Nazi agenda. 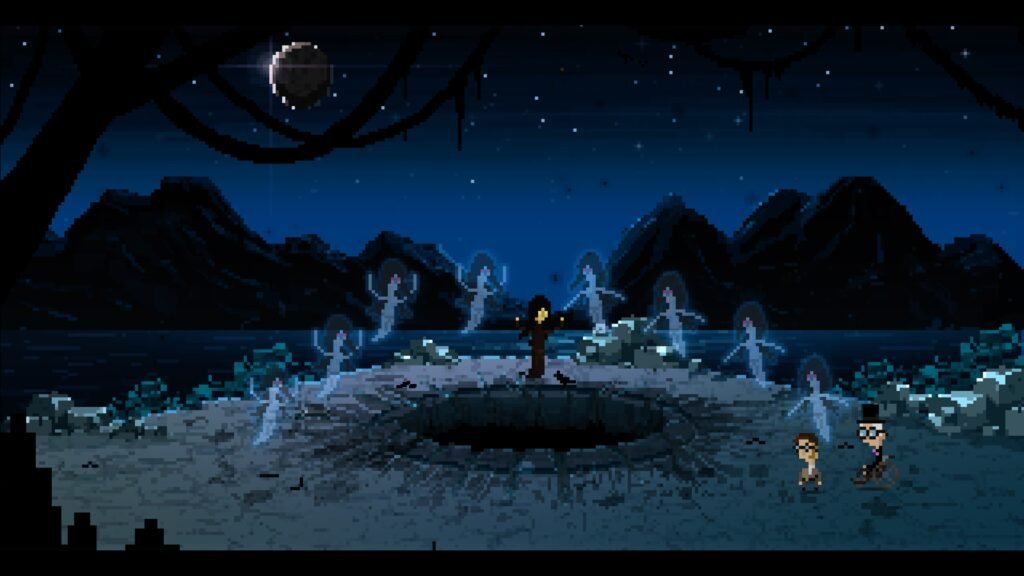 As per classic point and click titles of days gone by, each explorable environment is riddled with interactable objects and characters. In true fashion for the genre, story progression requires the player to find certain objects to solve puzzles and discover new clues or information by conversing with the numerous supporting characters. While Nine Witches: Family Disruption stays true to the genre, Indiesruption don’t hold back on injecting an irresistible charm and quirkiness to the narrative that elevate it to a truly entertaining experience. 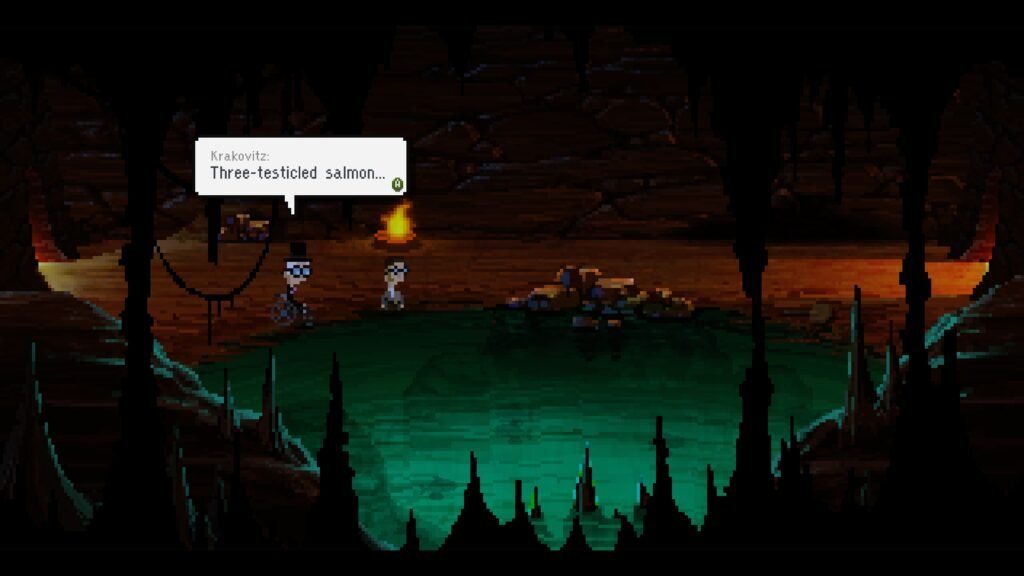 Professor Krakovitz and Akiro infiltrate the Nazi sect controlled Sundäe by assuming the identities of a pair of the Third Reich’s Occult-55 Division. Disguised as loyalists, this dynamic duo meet some truly weird and wonderful characters. Fully embracing elements of the supernatural, Professor Krakovitz is able to use astral projection to commune with the dead. These lost souls offer useful clues as well as their fair share of humorous nonsense. 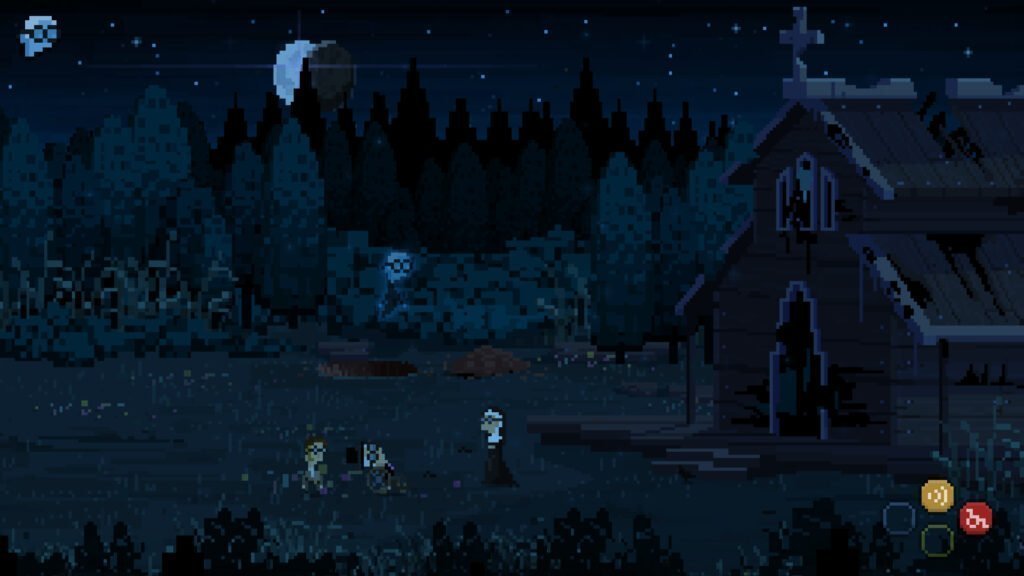 By not taking itself too seriously, Nine Witches: Family Disruption is funny, interesting and surprisingly full of heart at the core of the narrative. If you’re wondering why this game is named the way it is, you will not disappointed with the entertaining revelation of its origins. This is just one example of many that a highlight the humourous context of the overarching story. Coming in at around 4-5 hours for fans of the genre, more casual fans could easily spend longer trying to figure out what to do, where to find X and where to talk to Y.

The gameplay in its simplest form is the tried and true point and click type. Offering a handful of locations that each contain smaller explorable areas, Nine Witches: Family Disruption is more layered and adventurous than it appears on the surface. Finding things to open stuff, talking to people to learn stuff and going back to where you were before to do new stuff with the other stuff you’ve acquired is the core gameplay loop. That’s a lot of stuff to do. Indiesruption have developed a title more creative than my repetition of the word stuff including functions specific to each of the two playable characters. 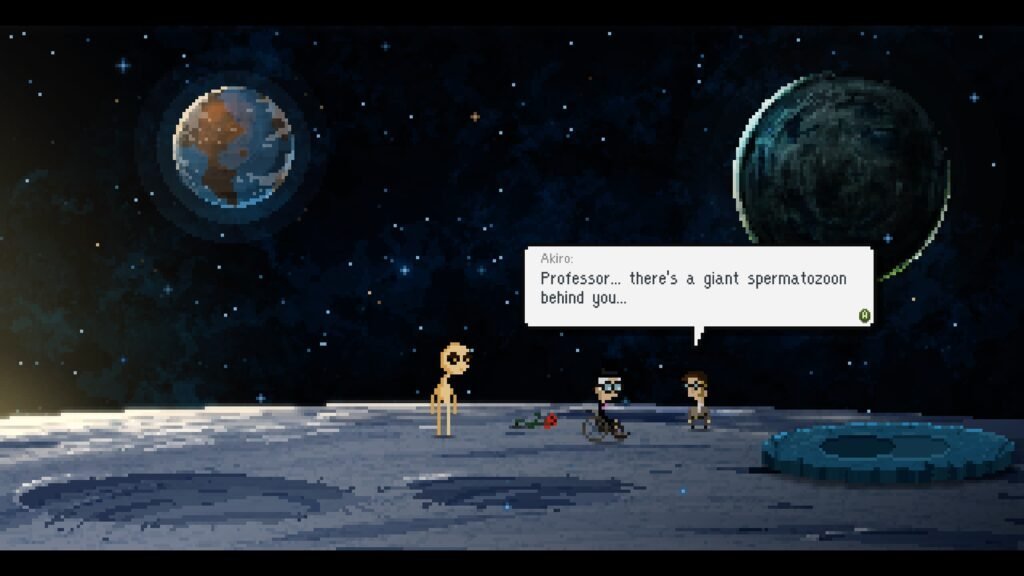 Professor Krakovitz is able to use astral projection, casting a glowing blue spectral version of himself floating in the air. He is able to commune with lost souls and pass through doors, including those that are currently locked. This is useful for seeing if there are items or characters of interest on the inside, particularly as far as solving puzzles is concerned. Eventually the Professor’s astral skill set is expanded to include the implant in god thoughts in weak minded characters, allowing them to be guided to certain objects and commanded to interact with them.

Akiro on the other hand is afforded a more action packed function. Shooting. In a number of sequences Akiro draws his extremely unreliable and malfunctioning pistol to gun down enemies, human and supernatural in nature. His weapon is prone to jamming on reload which can be entertaining and frustrating if not careful. Other weapons can be picked up in these firefights including rifles and shotguns. It’s a completely unexpected feature for a point and click title but within the context of Nine Witches: Family Disruption it manages to feel appropriate. Failure in these firefights allow the player to make a deal with the devil for some very useful assistance in these encounters that is again, unexpected but humorously welcome. 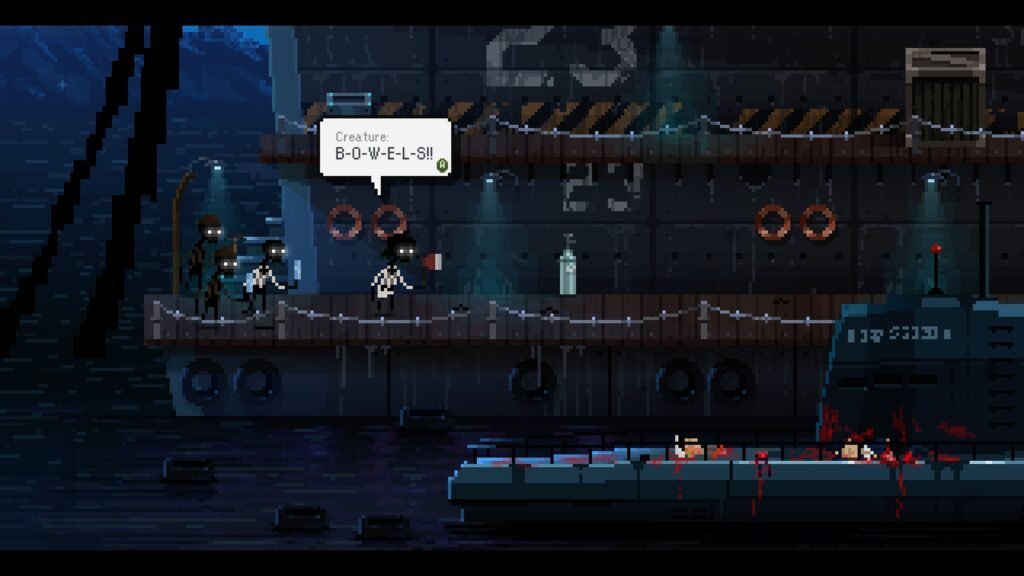 The pixel art design is well executed with Nine Witches: Family Disruption feeling like an authentic experience that would stand proudly alongside the classics that have undoubtedly inspired it. With well over a dozen explorarable locations and a large amount of NPC’s to interact with, everything and everyone are charmingly realised within this quirky world. As the dialogue is text based, the sound design and score capably accompany the visuals in telling this supernatural tale of oddities and diabolical schemes. 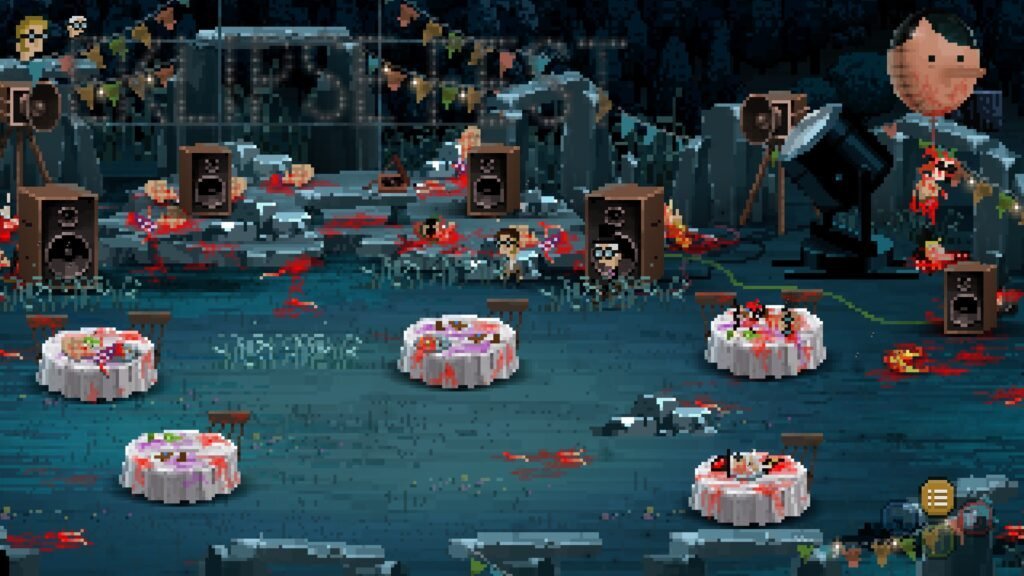 Nine Witches: Family Disruption is an excellent point and click adventure that manages to be funny, clever, thoughtful and entertaining throughout. The brevity of the experience maintains a consistent story thread and the light difficulty of the puzzle solving rarely obstructs player progression. This is a world full of weirdos that are well fleshed out and it’s difficult to not be left wanting more of a pair of crazy scholars taking on the crazy antics of the Third Reich at the height of their (supernatural) power.

– Puzzles a little too simple

Check out the official trailer HERE.