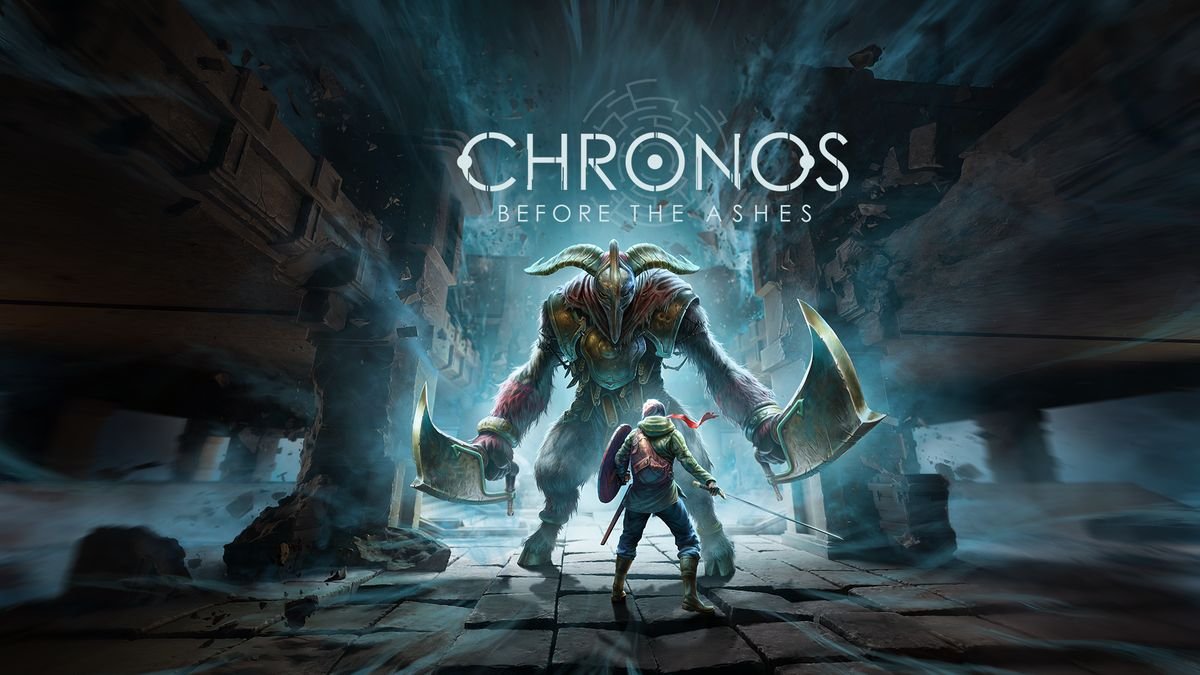 Chronos: Before the Ashes is a third person action adventure RPG that takes place shortly before the events of 2019’s Remnant: From the Ashes, also developed by Gunfire Games. Cleverly expanding upon the foundations established for this universe in Remnant, Chronos holds its own as a unique experience that has its own tale to tell.

The mechanic that sets Chronos apart from any other title is its use of ageing upon death. With each death the player’s character gets one year older. Starting out fresh faced and swift against otherworldly creatures will see the character’s mastery of Arcane magic increase with age while strength and agility will ultimately peak. It’s a fascinating and effective concept that really instils a sense of urgency when it comes to each and every encounter.

The beginning of the end

Chronos: Before the Ashes takes place shortly before the events of Remnant: From the Ashes and contains some exciting references and further expands upon the narrative of the latter by providing additional context and lore. At its core, Chronos tells the story of a hero fighting to protect their homeland against a dark and sinister evil. Beginning with the option to choose whether to play as a male or female, as well as selecting from a small assortment of starting weapons, the player is thrust into this world with a brief tutorial that serves to teach the player to survive. 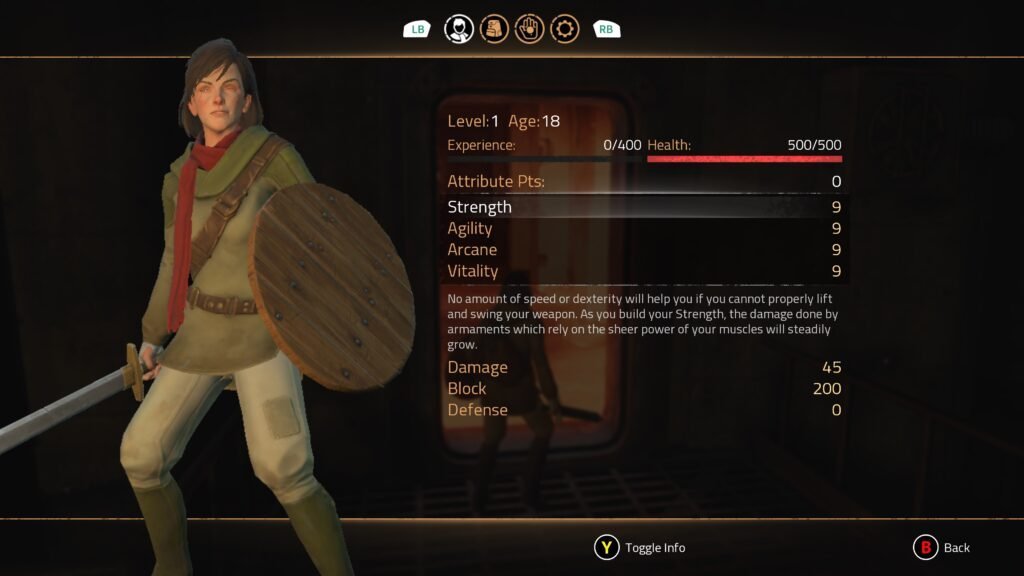 Mastering the basics to combat will be about as much assistance as the player receives from the unforgiving labrynthian maze that follows. No waypoints, no clear objectives and no hints will challenge players to not only figure out where to go and what to do but to do so while dying as fewer times as possible. 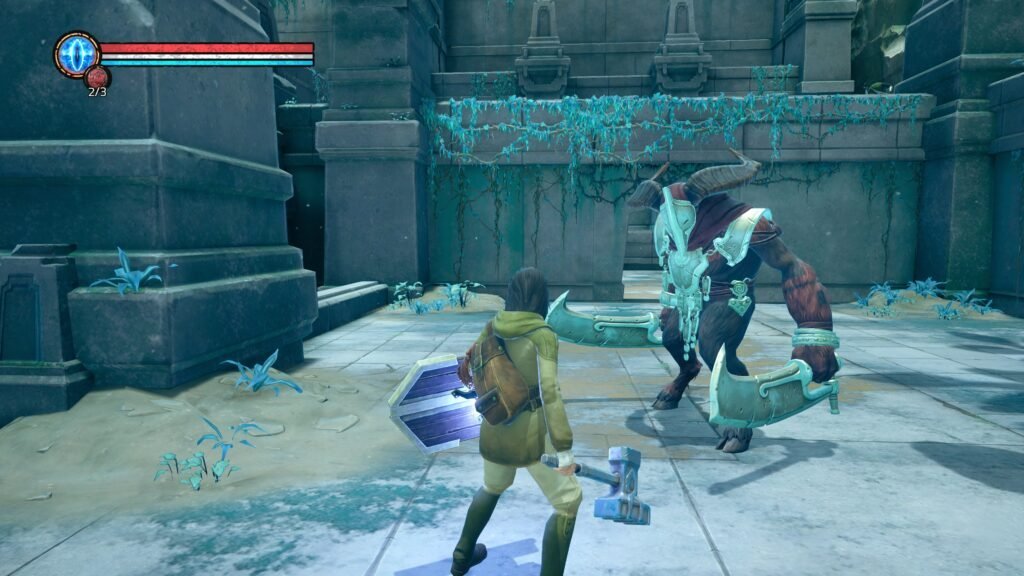 Embarking on a quest to slay three monstrous guardians, each hidden behind a myriad of puzzles to solve, key items to find and deadly enemies to defeat, a heavy emphasis on solving environmental puzzles requires thorough exploration and backtracking. Slaying these mighty guardians will prepare the player for the ultimate showdown against a dragon with stakes that will impact the Ashes universe forever. 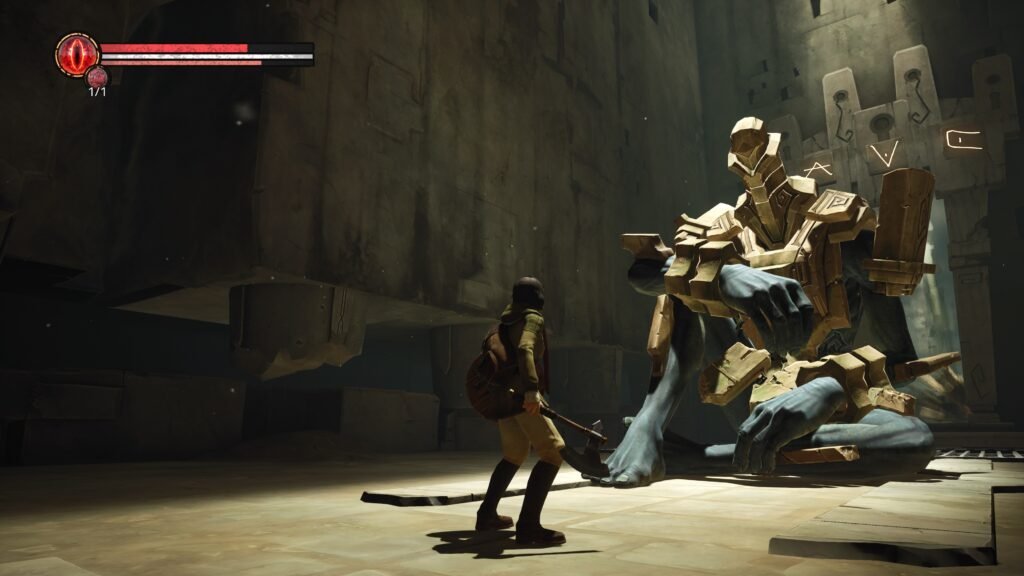 The story can be played on one of three difficulties, Casual favours story and lowers the combat difficulty, Adventure balances the combat difficulty and finally Heroic is unrelenting in regards to the combat. Depending which one is selected, the story can beaten in as little as 8-10 hours though playing on Heroic could easily see the playtime double due to the significantly increased damage. Chronos offers a very challenging experience in its hardest difficulty mode and will test the most hardcore fans of the genre. 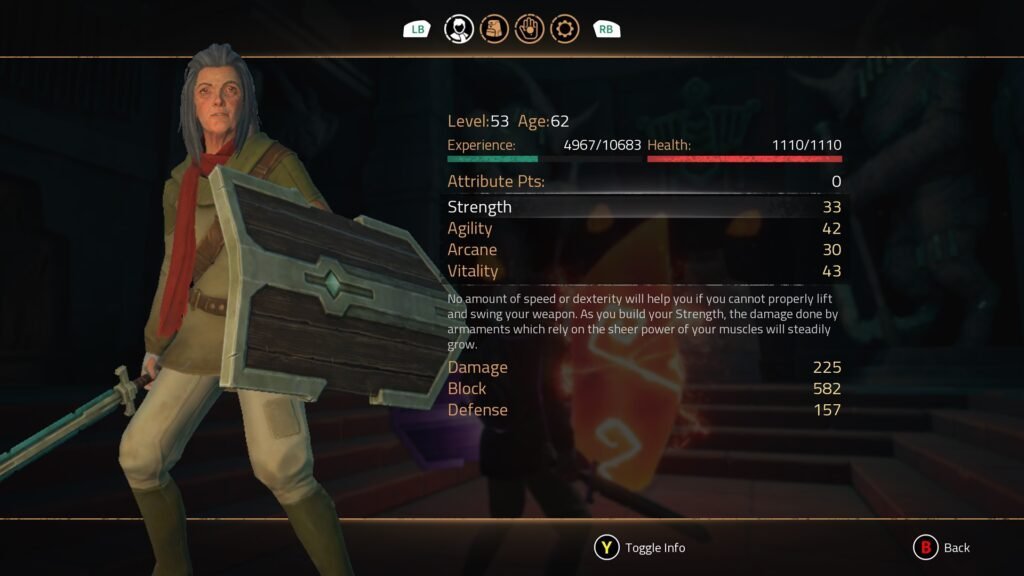 Playing on Adventure mode, I ended my first playthrough at age 62. Considering the game is started at 18, I managed to be slaughtered by my superior foes a whopping 44 times, ageing me 44 years in the process. This age dynamic adds to the replayability as far as personal bests go and I for one look forward to the challenge of a more successful run.

Death is only the beginning in Chronos: Before the Ashes. As mentioned above, the player begins the journey at age 18 and every death that follows ages the hero by one year. This is reflected in the avatar of the protagonist. Wrinkles decorate their face and greys infiltrate the dark default hair colouring, highlighting the toll this great war is taking on them should they succumb to their enemies. It’s such a unique and fascinating concept that is fun to see visually represented through the trial and error combat mastery.

Upgrading any of those attributes also increases defence stats. As the player advances in age, eventually the cost consumes additional attribute points. At significantly advanced ages the Strength and Agility attributes eventually close off and can not be upgraded further while Arcane becomes cheaper, highlighting the magic strength of the hero as their worldly experiences wisen them to the magical forces at play. 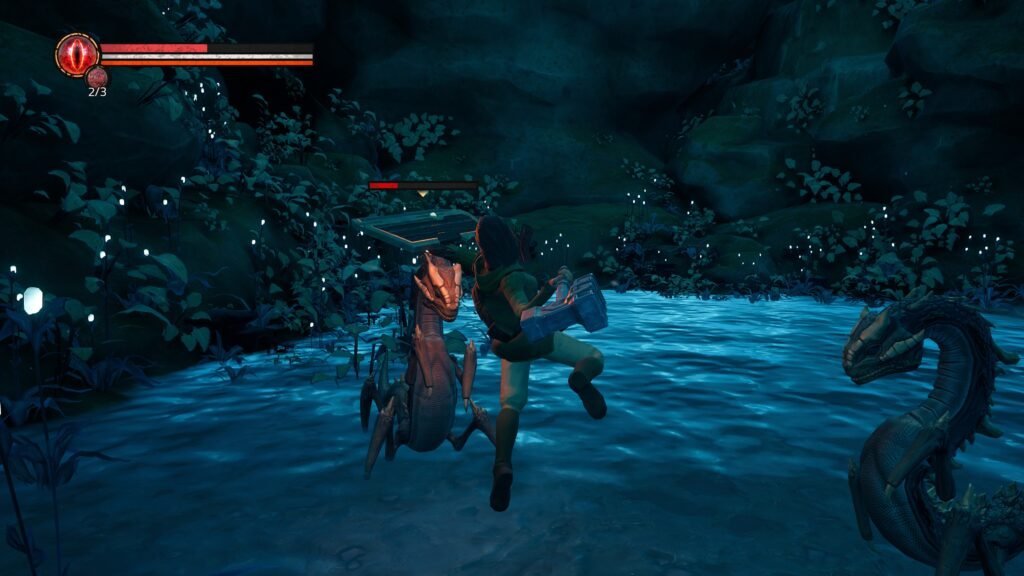 Traits are unlocked every 10 years starting at 20, becoming unlockable again at age 30 and 40 and so on up until the final one at 80. The player is presented with one of three unique choices at the turn of each decade that are not available again later. They offer various stat increases that can be pivotal to the play style preference of the player. It’s fun to see this concept as a reward for death, providing bonuses that can still allow the tides to be turned in the favour of the player despite their advanced age.

Tools of the trade

The combat in Chronos: Before the Ashes is melee based with a heavy focus on parrying and blocking in order to survive. Equipped with a shield, with alternate variants to be discovered throughout the world, a great defence will be just as important, if not more, than a direct offence.

Melee items come in a handful of varieties such as an axe, hammer and sword with variants to discover as well as the likes of maces and scythes. Each weapon type has their own advantages stat wise and it’s fun to experiment with the different types to see what works best for your play style. Each weapon can be upgraded with Dragon Shards and later upgrades require Rare Dragon Shards, both can be dropped randomly from defeated enemies or found within the environment and the latter can eventually be crafted by combining specific items from the inventory. 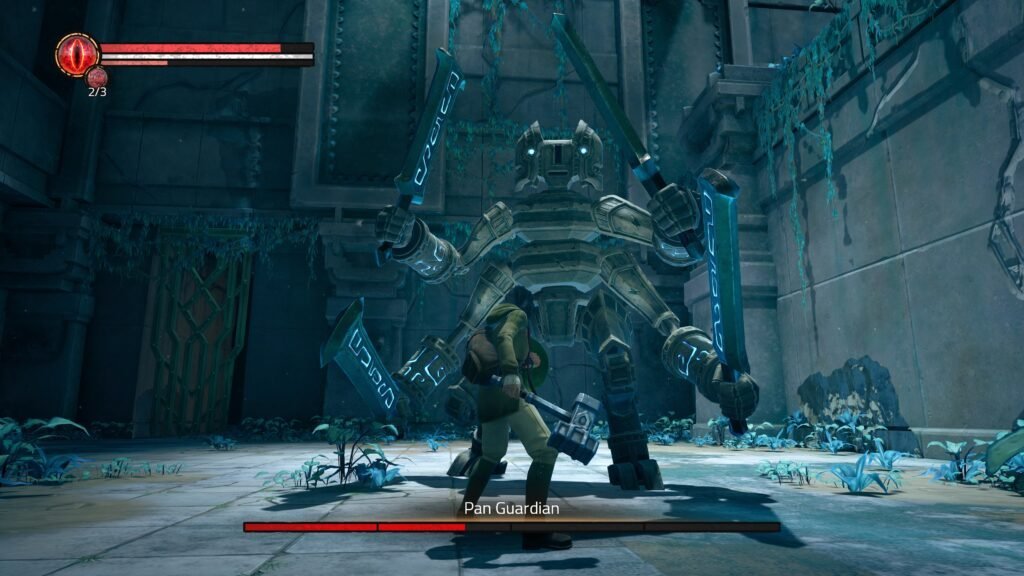 Light and chargeable heavy attacks compose the melee combat with the latter consuming a stamina bar. Upon depletion of the stamina bar the player will be unable to sprint or use the evade dodge which plays a critical part of successful combat. This leaves the player open to damage should they fail to successfully execute a parry or block on time.

Dragon Stones round out the combat offering with 4 unique types to be discovered that each have their own strengths. The Fire Stone inflicts additional damage while the Lightning Stone can stun foes, the Sun Stone can temporarily protect the player from damage and my personal favourite, the Shadow Stone which drains the enemies health and heals the player in the process.

These special abilities can be activated by filling a meter under the health bar by defeating enemies. When full, these effects can be activated and when mastered can be the difference between life and death, particularly in multiple enemy encounters. These can be seamlessly switched between with the D-Pad. 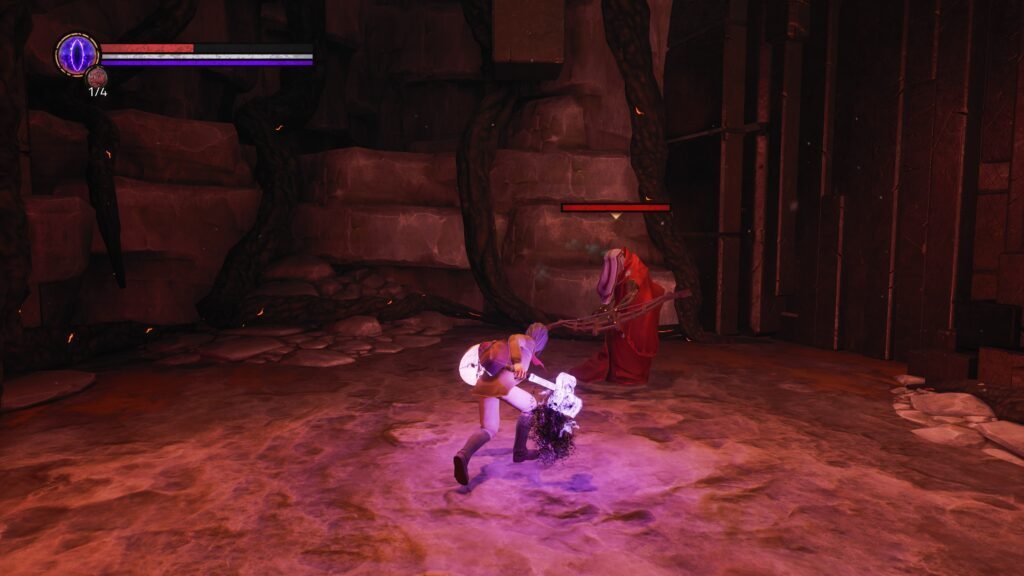 With a limited yet deadly variety of enemies that attack with melee or ranged attacks, with some specialising in both, combat is consistently engaging and when it combines multiple different enemy types it can be genuinely strategic in nature. Hacking and slashing through the enemies is not an option as a lot of enemies are also equipped with shields.

Health is replenished in only one way, by activating a Dragon Heart. These can be found throughout the game and fully replenish the player’s health upon use. Once used, the Dragon Hearts can not be used again until the player dies. So while these are useful to survive, sometimes death may not be all bad if it means the restoration of these Dragon Hearts to slow the player to push further into the labrynthian maze. 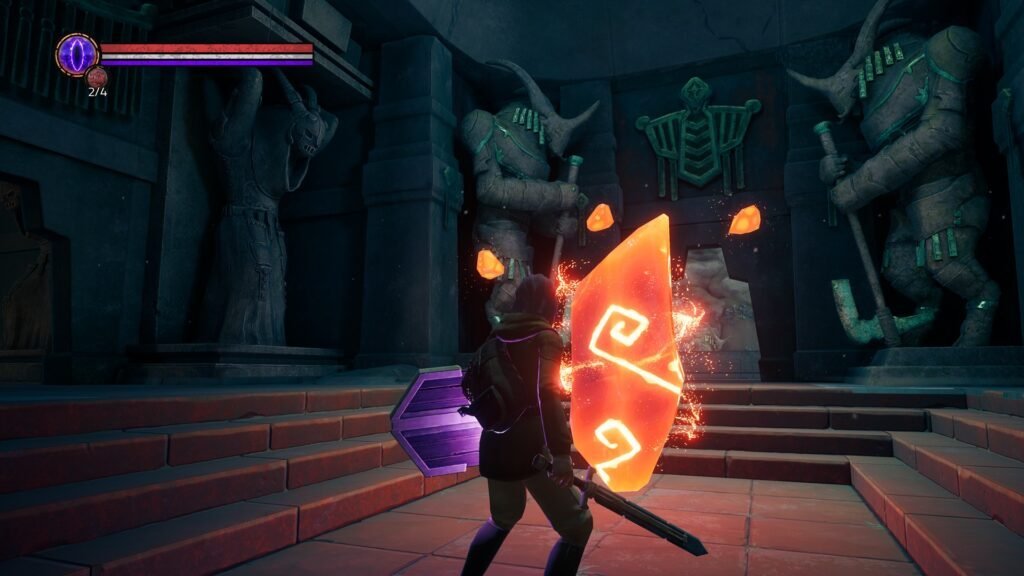 Upon death players are returned to the nearest large orange crystal which serve as the games only checkpoint system, referred to as World Stones. A handful of these are littered throughout the world that will be activated upon approach. Once activated, these can be interacted with and used to fast travel between other previously unlocked World Stones.

The diverse range of explorable locations in Chronos: Before the Ashes are strikingly different. From gloomy caverns, an abandoned village and a puzzle filled castle, each setting is tonally distinct and provides the sense of a larger scale than is actually present. Each room of these dungeon-like areas is rife with danger, rewards or environmental puzzles to solve or key items to discover. 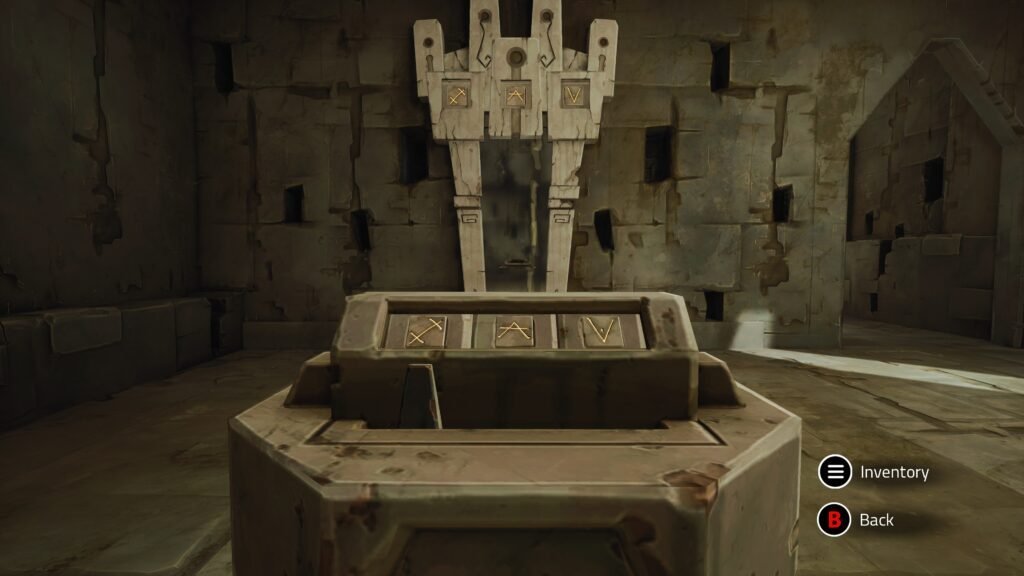 Backtracking is heavily required, particularly in regards to the puzzle solving as progression is often halted until specific items have been found in order to solve them. The fast travel feature alleviates the tedium and is a very quick solution to retreading steps to find any missed secrets. 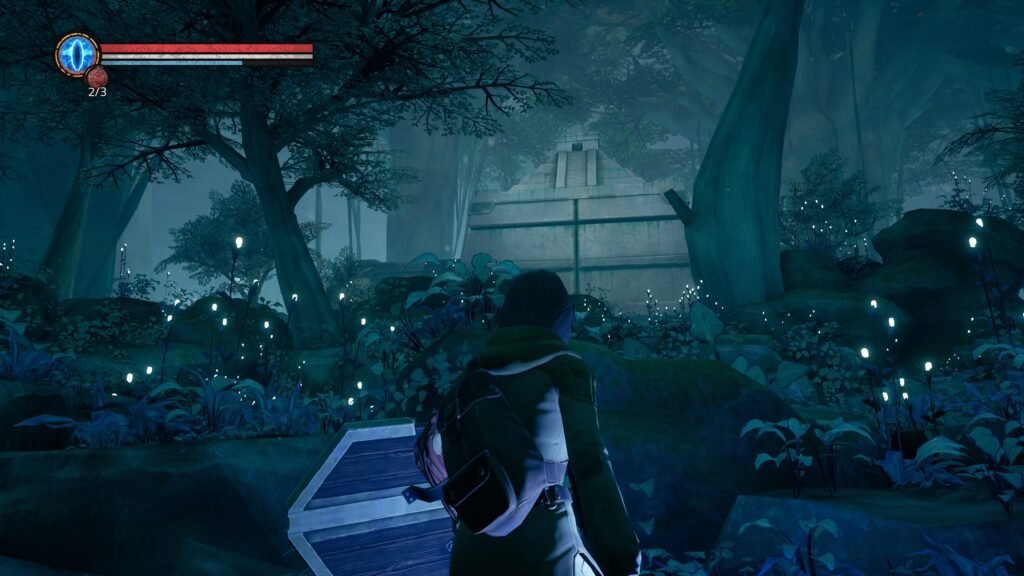 A stylised visual design is both simplistic and striking, offering a cartoonish aesthetic that takes nothing away from the mature concept or themes. It allows for some playful environmental and enemy designs.

Outside of boss battles, music is sparingly used throughout the entire adventure, leaving a silence that can be either effective or deafening. The lack of a more active score limits the emotional resonance, tension and depth of some sequences that could otherwise pack more of a punch.

Chronos: Before the Ashes introduces such a unique feature in its ageing mechanic that manages to balance the sourness of defeat with the wisdom of age. The inclusion of Traits that unlock only upon ageing, and therefore death, in an interesting concept of rewarding defeat and failure. 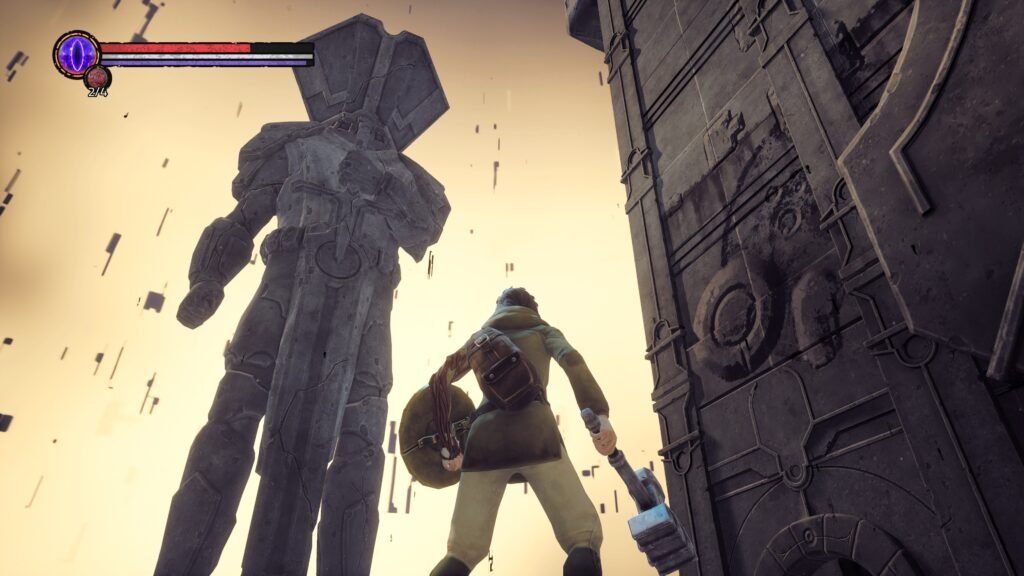 The mythology and world building this Ashes universe has established here and previously with Remnant is excellent. Combining puzzle solving, deep combat and interesting mechanics keep the series fresh, engaging and most importantly fun. 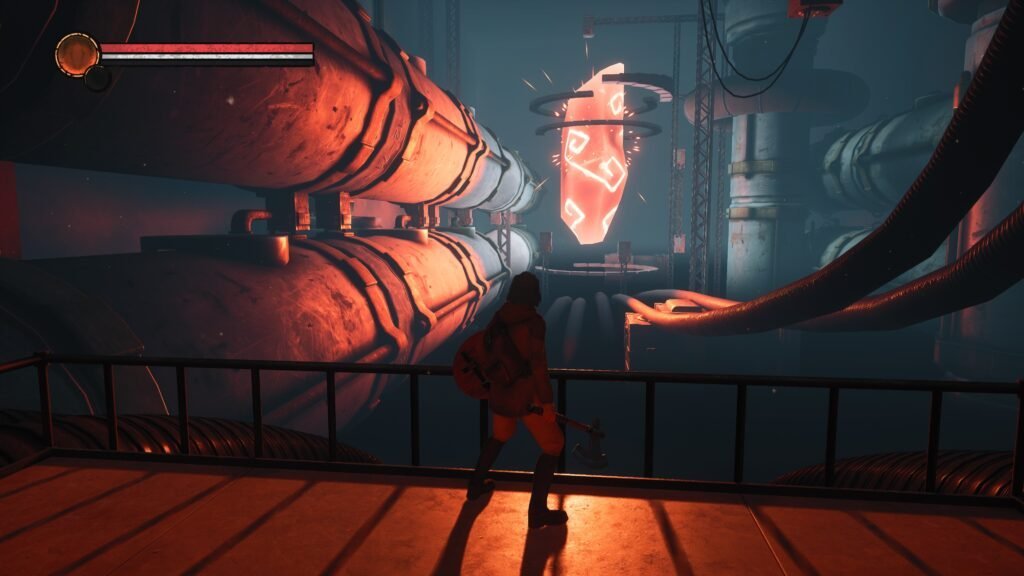 Intertwining the overarching narrative across this pair of solid titles paints a bright future for the franchise with Chronos: Before the Ashes proof that that Gunfire Games aren’t afraid to experiment.

– A little short for such excellent depth

* A review code was provided by the Developer/Publisher for the purpose of this review, courtesy of BG4G. *