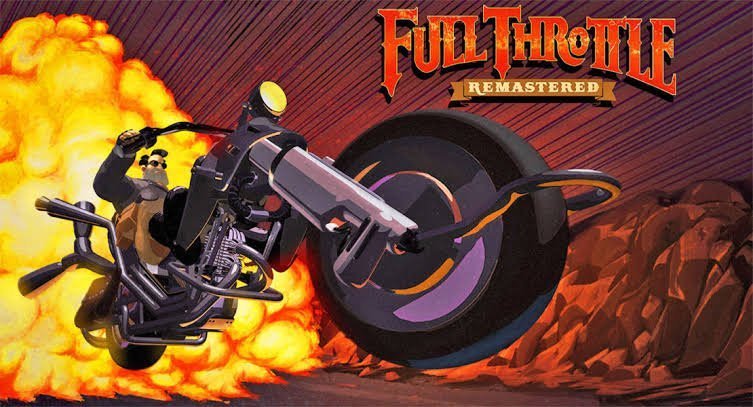 Recapturing the magic of that first ride!

Throughout the late 80’s and 90’s, LucasArts pioneered the adventure genre with its point and click classics that have since become iconic. In 1995, Full Throttle raced onto the scene with its near futuristic setting putting players in the role of the burly Ben, leader of the Polecats motorcycle club.

Unwillingly brought into a power struggle to determine the fate of Corley Motors, the last domestic motorcycle manufacturer in the country, Full Throttle Remastered allows players revisit Ben’s adventure in all of its enhanced glory 25 years after its original release.

Founder and CEO of Corley Motors Malcolm Corley and his Vice President Adrian Ripburger are on route to a shareholders meeting. Overtaken by a motorcycle gang, the Polecats, Malcolm insists that they escort them to the meeting. Pulling in to the Kickstand bar where the gang has pulled up, Malcolm wastes little time in conversing with their leader, Ben. Declining the offer to escort the pair, Ben is knocked unconscious outside by one of Ripberger’s goons. Waking to discover his gang believe Ben has accepted the offer and followed suit, Ben tries to catch up only to discover his bike has been sabotaged and ends up crashing. 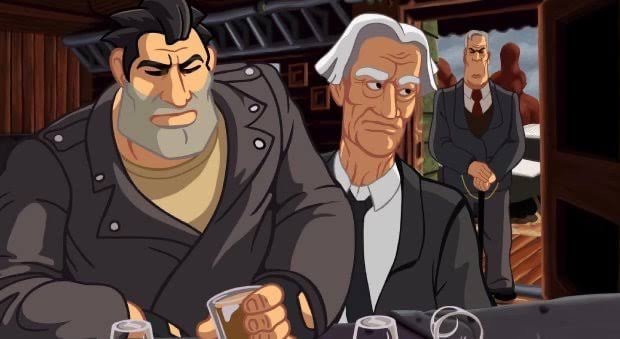 Ben and his bike are taken to the quiet town of Melonweed by photographer Miranda and taken care of by local bike mechanic Maureen. Together, Ben fetches the parts required for Maureen to fix his bike, allowing him to catch up to the Polecats. Arriving too late, Malcolm has been murdered by Ripberger, an act captured on camera by Miranda before she is attacked. With the Polecats framed for Malcolm’s murder, Ben embarks on a mission to clear their name and seek revenge on Ripberger. 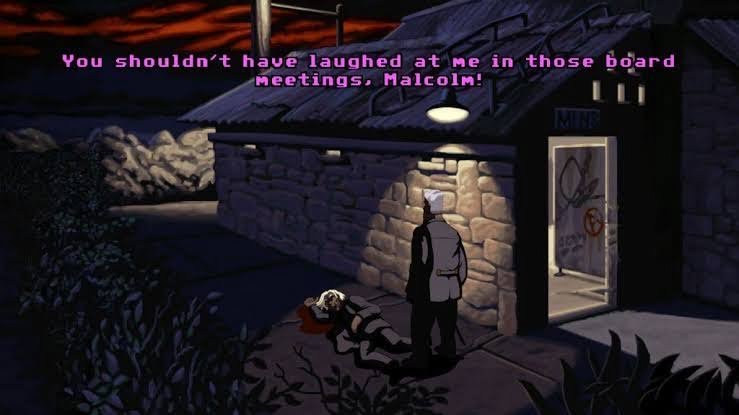 The story comes in at around 3 to 4 hours for a casual player but those who grew up with Full Throttle and have played it several times can easily finish it in just over 2 hours. Family ties, deception and adventure offer an entertaining and often amusing experience that is sure to satisfy new and familiar players.

The gameplay in Full Throttle Remastered is unchanged from the original, presenting the classic point and click formula for the player to investigate their surroundings, find items of interest and engage in dialogue to uncover new clues. 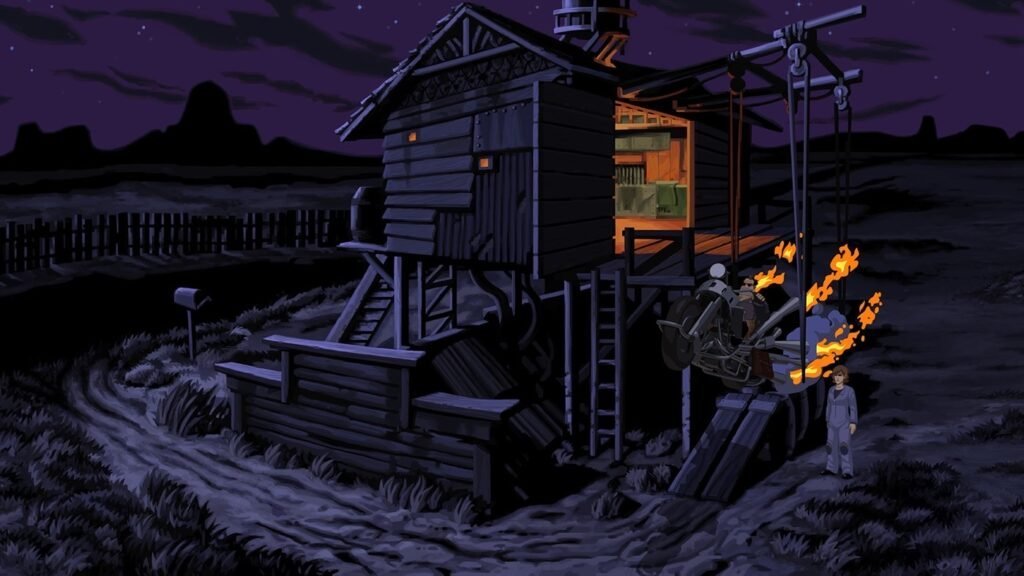 An context wheel allows the player to Use, Kick, Look at and Talk to or Taste objects in the environment with the latter purely for Achievement/Trophy and amusement purposes. Using the right stick to move the cursor over certain items or characters in the area will highlight if it can be interacted with by giving it a name. From their the context wheel can be used to interact with it.

Collected items are added to the inventory and can be used on other objects in the environment to solve puzzles, provide new items or clues for progression. Some characters need to be conversed with and specific dialogue exchanges before the player can continue. 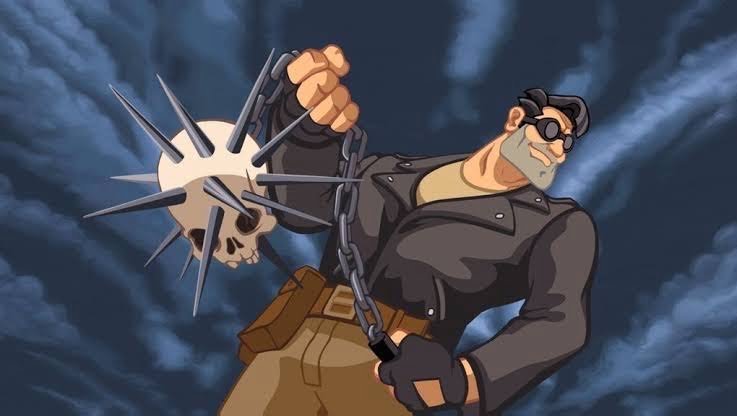 Some areas can be moved between by riding the bike which affords direct control, allowing the player to take exits to different areas. While riding other bikers are regularly encountered, this acts as the combat portion of the game. Initially able to pinch and kick, as players successfully defeat an enemy and causing them to crash, any weapon they may have had such as a chain, mace or even a chainsaw are added to the players inventory to be used as weapons in subsequent encounters. These are simple button mashing affairs with some enemies requiring the player to swerve in and out of contact to avoid being hit.

A few cheeky Star Wars references are amusing, from simple dialogue to the design of the members of the Cavefish gang who appear as Tusken Raiders. The overall experience is interesting, amusing and most importantly fun. The premise of a biker gang becoming embroiled in a tale of betrayal with direct implications on the future of their passion is consistently engaging. 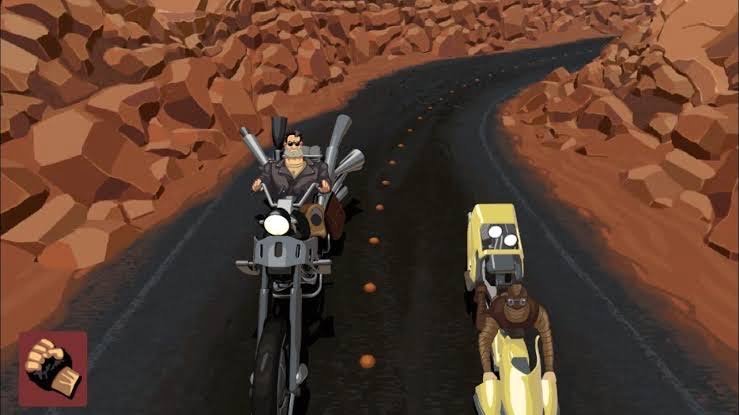 The supporting characters are entertaining and quirky, including Mark Hammil’s villainous performance as Ripberger. The late Roy Conrad brings Ben to life with such gusto that his roguish charm is inescapable. 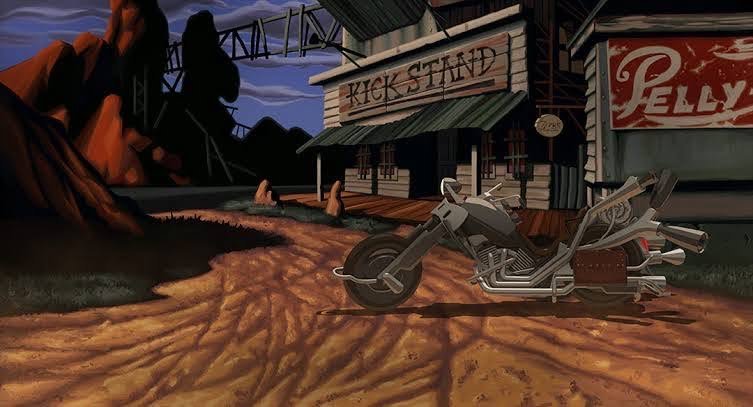 For fans of the original release, the ability to toggle the experience between its remastered and original presentation is fun, offering a fun sense of nostalgia. The remastered visuals are stunning and striking, feeling fun, slick and modern. Despite being 25 years old at heart, the fresh coat of paint makes Full Throttle Remastered feel like a 2020 release. 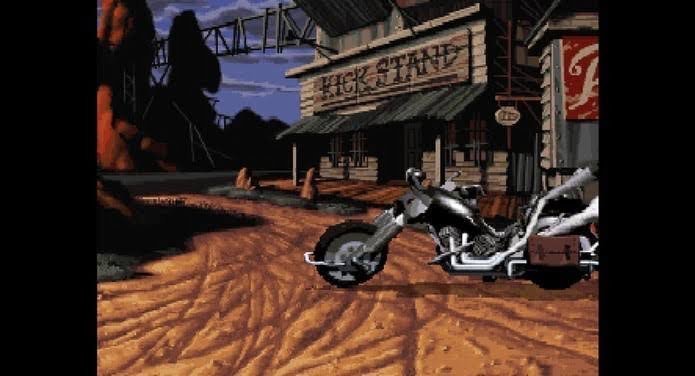 Blast from the past

Full Throttle Remastered is interesting and fun, appealing to newcomers and fans who have enjoyed this for over two decades. The brevity of the experience and the lack of any difficulty in regards to the puzzles may limit the satisfaction of players longing for more depth but there’s a charm to the simplicity, allowing players to simply soak in the experience with little in the way of challenge or distraction. 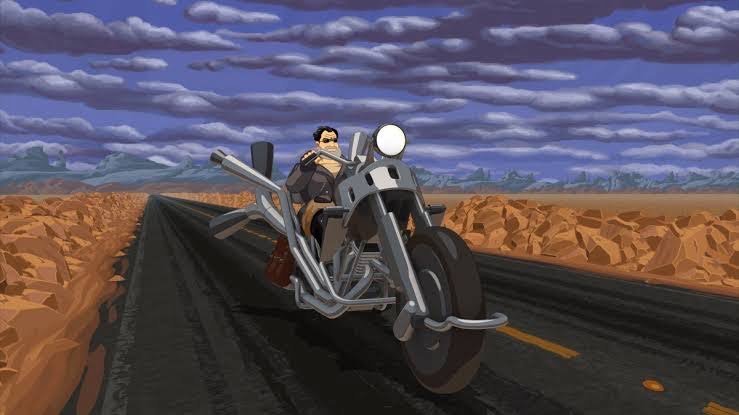 A cult classic in its own right, this title still holds up today and it’s easy to see why. The story is more layered than a game this simplistic has any right to be but the excellent pacing and accessibility compliment it perfectly. Full Throttle Remastered is a hell of a ride and there is no better way to experience it for the first time or relive it again.

– Too short and easy