The biggest threat to Grey Skies: A War of the Worlds Story is missed opportunity

Inspired by the works of legendary author H.G. Wells, Grey Skies: A War of the Worlds Story is a stealth based sci-fi adventure exploring his iconic works. Thrust into the midst of an unexplained alien invasion, Harper must endure the galactic threat and find salvation.

With an awe inspiring soundtrack and moody score, this third person close encounter of the video game kind is atmospheric and tense though aside from a handful moments, fails to be truly gripping.

Me, myself and I

Opening with an otherworldly monologue as the camera gazes upon Earth, the tone is set for the alien nature of this story. Immediately following is a woman, Harper, on an airplane as it is struck by something accompanied by a glaring red light and an ominous buzz, sending the plane hurtling towards the ground.

Flashing back to two weeks earlier, Harper is in a supermarket collecting cereal, milk and toilet paper. While collecting these necessities a not can be found that depicts what, in my experience, may be the first mention of the Covid-19 pandemic that has swept the globe this year. It’s an interesting easter egg to connect this otherworldly tale to the tragedy that is 2020. Leaving her money on the counter as no attendant is present, Harper’s departure is immediately followed with a blue flash of light and a door creaking open, revealing a being walk past the dead body of the service attendant. Back to present day, Harper emerges from the wreckage, the plane torn to pieces and the forest that acts as its final resting place is ablaze. A hauntingly beautiful song provides a tone of hopelessness that is simply breathtaking. Harper wanders injured through the flames before reaching a farm. Narratively, from here on out, a mere 10 minutes into the game, Harper’s story is one of her and her alone. With two exceptions, Harper walks this explorable English environment alone, void of human life, prior to the games closing moments. Missable audio recordings offer the only glimpses to the mystery of why no life is to be found, a less than thorough player who misses these will spend the remainder of their 2 to 3 hour adventure with have no in-game explanation as to their absence.

Two different enemy types roam the explorable areas throughout the story, controlled somehow in a manner that is not explained by whatever alien force that is also void of description. Weapon wielding enemies that rely primarily on vision and electricity shrouded enemies that rely on sound and player movement for detection. A very basic crafting system allows for construction of throwables to distract or neutralise enemies with a complete absence of any melee or ranged weapons. By offering no explanation of the alien invasion, where they are from or how they are controlling the human bodies they possess, the story never feels like it has a purpose or any sense of momentum. The large tripod like machines that fire heat rays offer the only sense of urgency and these are few and far between. Why was Harper on the plane? Where was she going? Why was she the sole survivor? What is she actually trying to do now that she has survived it? That’s just four questions that are never answered of many. 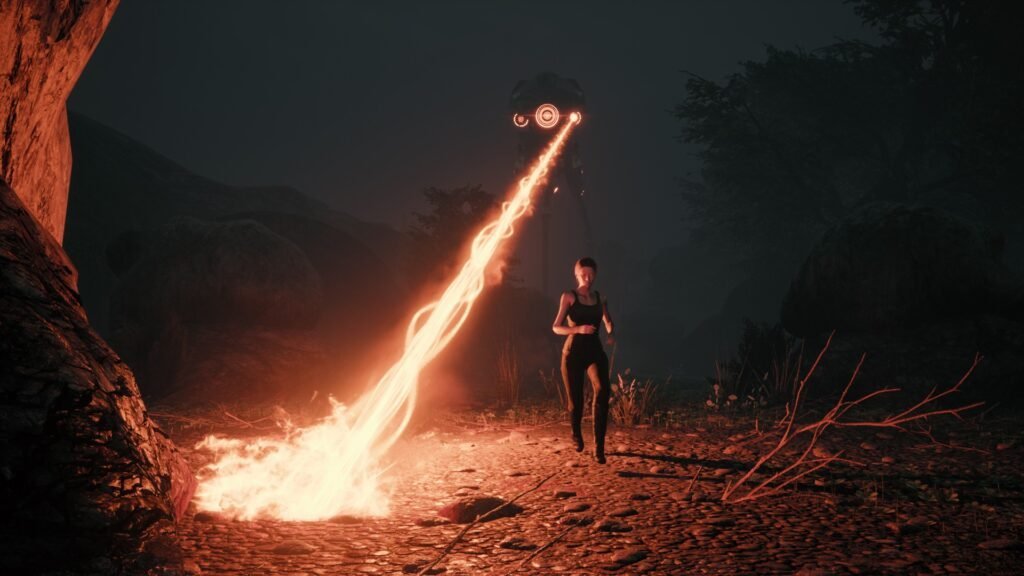 Aside from the alien tripod sequences and the beautiful but far too long limping segments that feel otherwise powerful due to the use of songs that compliment these moments perfectly, the story fails to feel like anything other than a survival walking simulator.

The gameplay functions very similar to the older Resident Evil titles. Walking around explorable environments collecting crafting materials and finding key items comprise the bulk of the core gameplay. Light puzzle solving has the player seeking out wheels or keys to open doors in most cases, restricting the puzzle variety to very little more than the two scenarios mentioned. 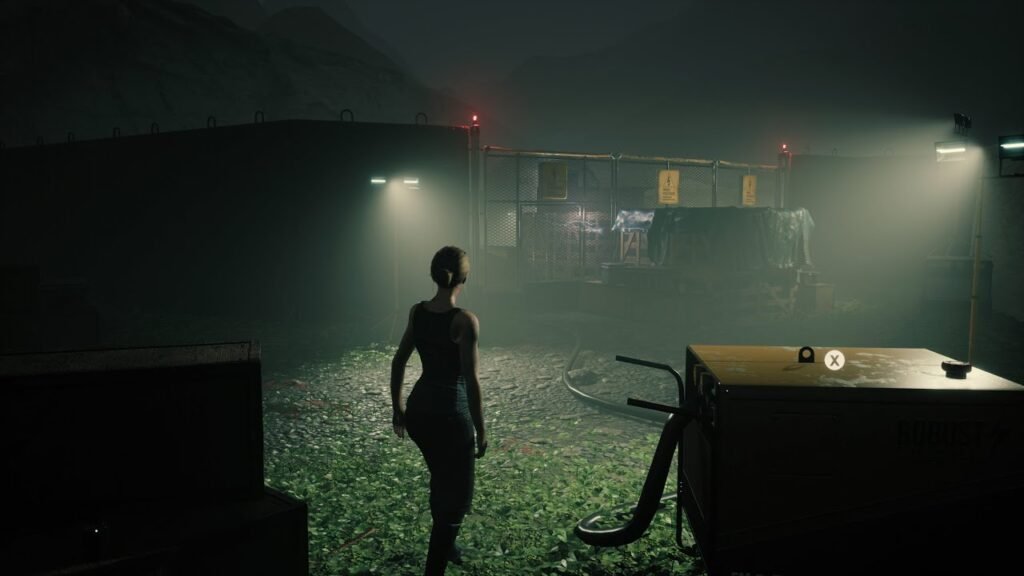 Certain boxes or platforms can be climbed from particular angles and a few situations require boxes or wine barrels to be pushed or pulled out of the way to open the path forward. Aside from these rare occurrences, the player is primarily getting around on ground level and simply opening doors.

While exploring, enemies will roam and seek out the player. Using the Focus feature, enemies are highlighted red and some areas of the environment are illuminated either white or red which depicts the level of sound generated if walked on, with red being the noisiest. Harper can sprint or crouch in addition to her standard walking pace. As the enemies have a detection bar, indicated by a line that extends to a half circle shape and red when fully detected. The only means of escape are breaking line of sight or using throwable items.

Throwable items can be found and constructed, the extent of variety is locked behind an upgrade system. 5 different throwables can be unlocked including the likes of smoke bombs, flashbangs and shockers. These can be used to distract enemies by throwing at a hard surface to generate a sound that they will investigate or to obstruct their vision and make for a quick getaway undetected. Throwing a jar of water will create a puddle where a shocker can be thrown into in order to neutralise the enemies permanently. 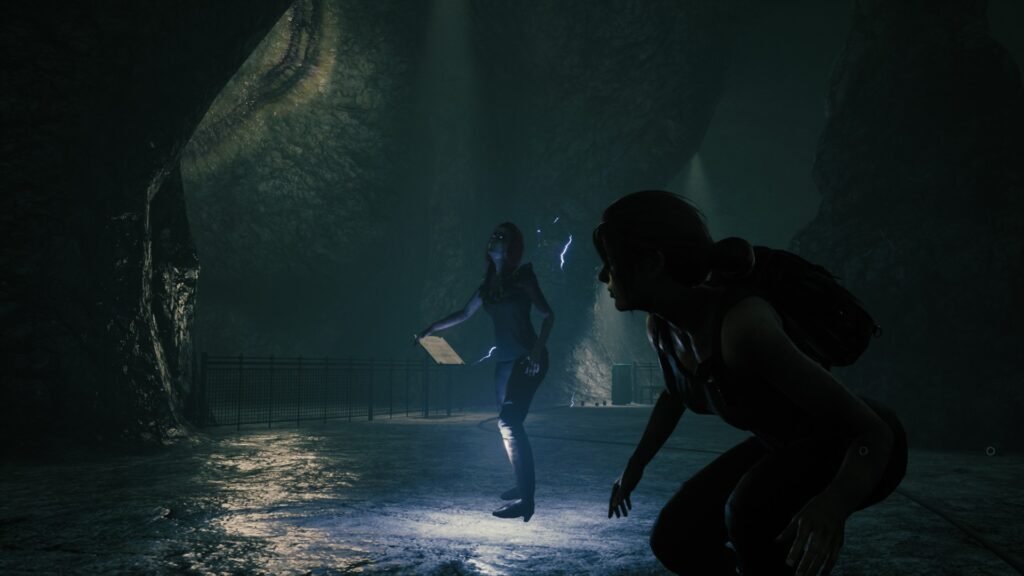 As well as the throwable items, Harper herself also has 5 upgrades available which increase her health and speed for instance. Upgrades are acquired at first aid tents by spending Red Weed extracts found in the form of glowing red rocks hidden throughout each level.

Awareness of surroundings is critical for survival as once an enemy pursues, short of hiding or using throwables to distract or neutralise, the enemies inflict a lot of damage very quickly. Harper’s health is visually indicated on a tablet on the right side of her backpack and can only be replenished by finding a first aid kit.

Grey Skies: A War of the Worlds Story is a technical mess unfortunately. An abundance of collision detection issues were the biggest and most frequent offenders in my experience. Getting stuck in doorways with alarming regularity were the most frustrating, having to back away and try to walk through again… try to walk through a door again.

Interacting with some objects that needed pushed or pulled often glitched me through a wall, leaving no alternative than to reload the checkpoint. The checkpoint system is also unforgiving, with only one or two in most levels. Constant collision detection issues can get the player stuck trying to fit through gaps, stuck on chairs or tables for instance.

In one of the final missions a box needs to be pushed forward which I was unable to let go of and the pause menu became inaccessible. Continuing to push the box at a snails pace for approximately a minute and half would see the hold eventually break. If the game is left paused until the controller disconnects, which is about 10 minutes, the game will revert to the main menu losing all progress, Red Weed extract collected and inventory items found. Frequent crashes and colour glitches, one of which turned Harper’s sandy blonde hair a glowing purple.

These technical issues constantly disrupt the gameplay and in several cases crash the game, leaving me no choice but to replay monotonous sections over again and get caught by the same usual suspects in regards to issues as mentioned above.

Looks can be deceiving

The visual aesthetic is competent, the character models lack detail and when it comes to enemies they lack in variety, with the electricity shrouded enemies all looking exactly the same and the melee weapon wielding enemies having two or three alternate designs.

The environment certainly looks better with the fire and lighting coming across well in most instances. The dark colour pallet eliminates a lot of detail that may otherwise be present and while this may accurately represent the dark and gloomy state of the world apparently under alien attack, it doesn’t feel particularly exciting or look like a war has been waged. There’s no human bodies anywhere, aside from a few wrecked cars the environment just looks empty. 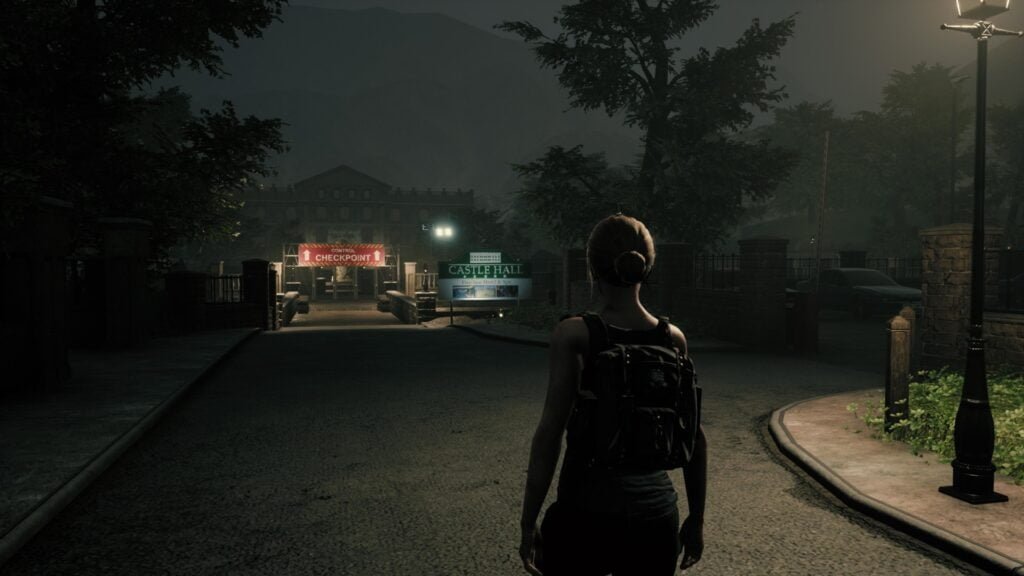 Sound design is surprisingly excellent. The atmospheric tension that envelopes the player is quite effective with its sound effects and eerie melodies. A handful of moments use actual songs that fit the scenes so well. Again referencing the early trek through the burning forest after the plane crash, that sequence feels so haunting and powerful, unfortunately this title fails to capitalise on the tone set in this opening moment.

Grey Skies: A War of the Worlds Story has such an excellent premise and a plethora of themes to play on. Isolation, loneliness and hopelessness to name a few. With a story that is very barely revealed through completely missable audio files there is little hope for the player to feel any sense of attachment to Harper or the situation that is unfolding. 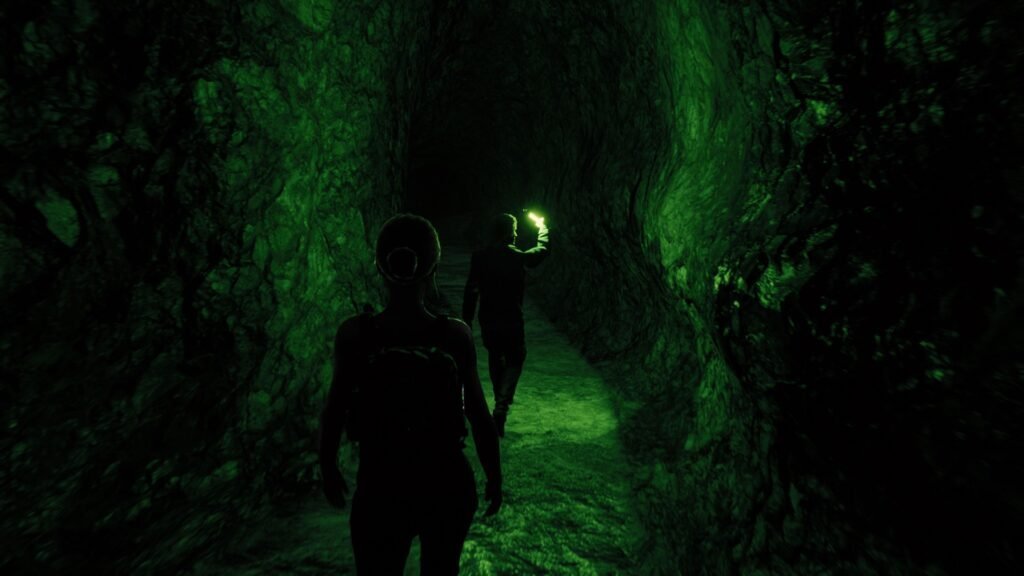 The aimless wandering through areas without a clear purpose and the countless technical issues that plague what’s left of the experience unfortunately cripple this survival adventure extremely early in its 2-3 hour run time. 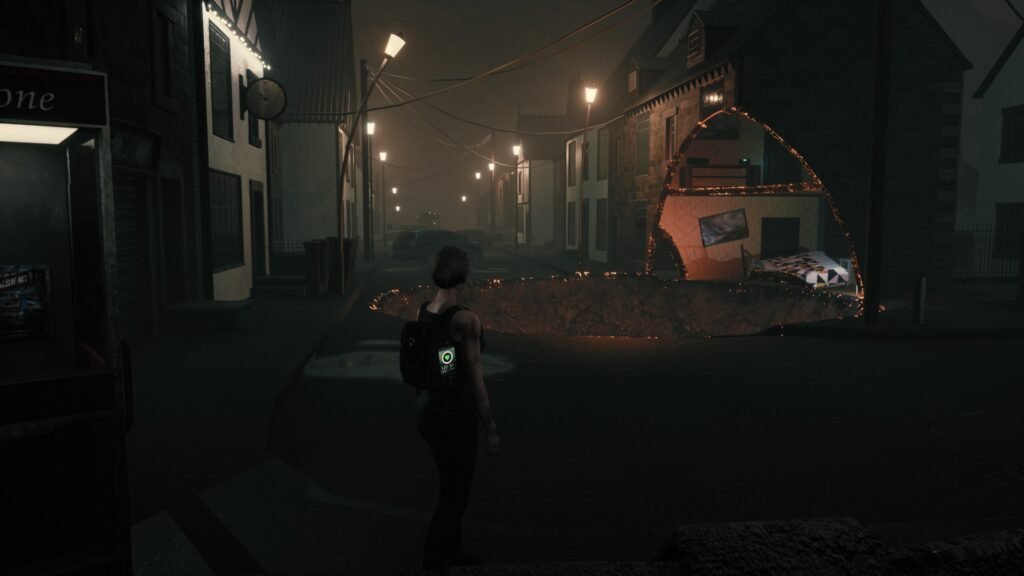 There is so much potential here for a gripping, thrilling survival experience. Feeling as though the overall package itself has been ravaged by an alien threat, Grey Skies: A War of the Worlds Story is a tale that ultimately fails in almost all aspects outside of the sound design.