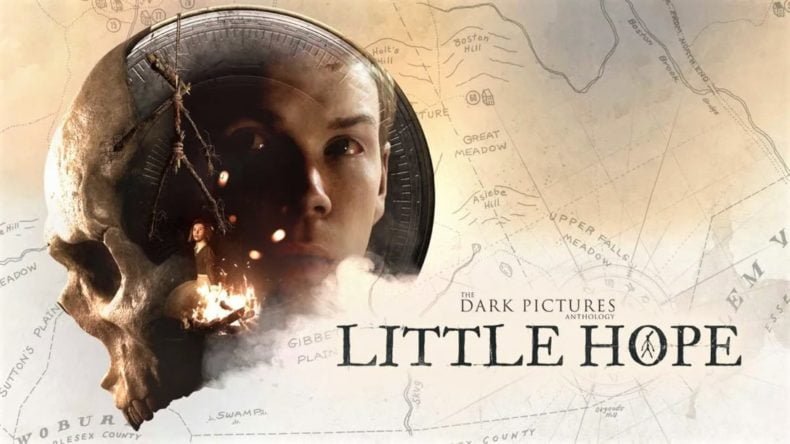 Atmospheric, moody and tense, Supermassive Games deliver their most twisted experience to date with Little Hope!

The second entry in The Dark Pictures Anthology was cleverly revealed after the credits of the first, Man of Medan. Though they share the same universe, their stories do not directly connect. The exception being The Curator, an interesting, suspicious and unreliable narrator that breaks the fourth wall by talking directly to the player in between chapters, referred to as Scenes. 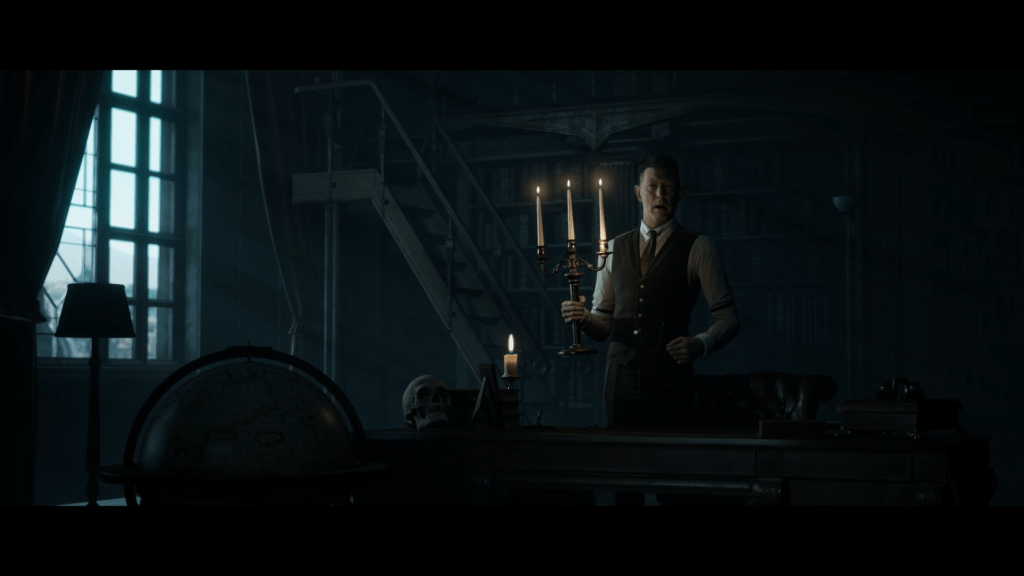 Little Hope, like Man of Medan, is an interactive survival experience that inserts players directly into the story by presenting a series of choices, both dialogue and actions, that has consequences to the characters and overall story. This freedom of expression so to speak has subtle and significant impacts, particularly in regards to who lives or dies. Packed with jump scares, interesting storytelling, this survival adventure thrusts players deep into a family tragedy and the witch trials of the 17th century.

Little (to no) Hope

The opening cinematic in present day sees a bus driver forced into a detour by local police due to an accident ahead. Assured by the police officer that the detour will add little time to the trip, the bus driver appears cautious about having to pass through Little Hope instead of his intended route. Swerving to avoid a little girl, the bus driver loses control and the bus crashes to its side. 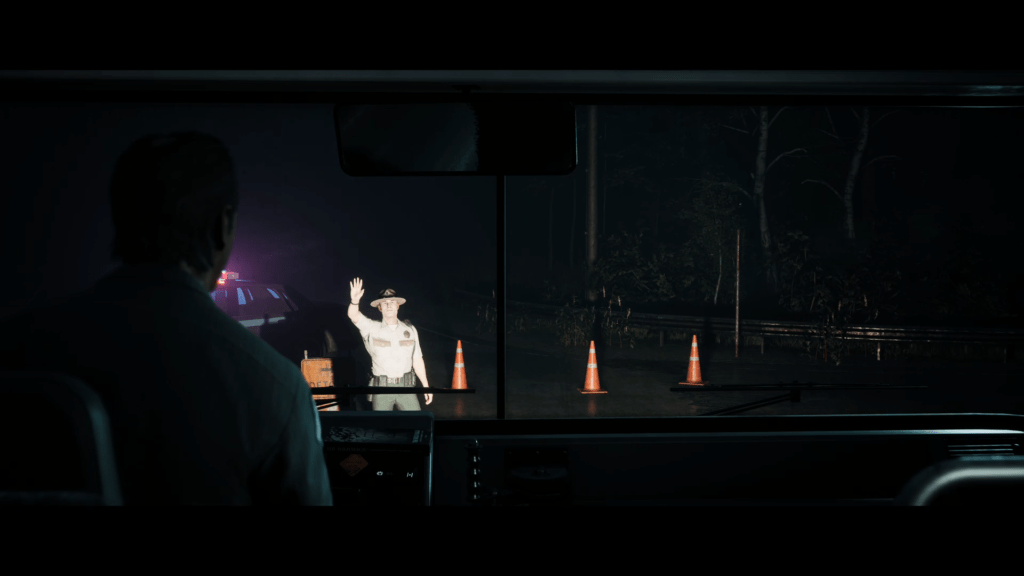 Switching tracks to an alternate time period, a family of 6 are introduced in the opening playable sequence. Following an eerie encounter, disaster strikes and the family home goes up in flames while a series of grisly moments result in a hopeless outcome that despite any choices made, tragedy consumes the family. 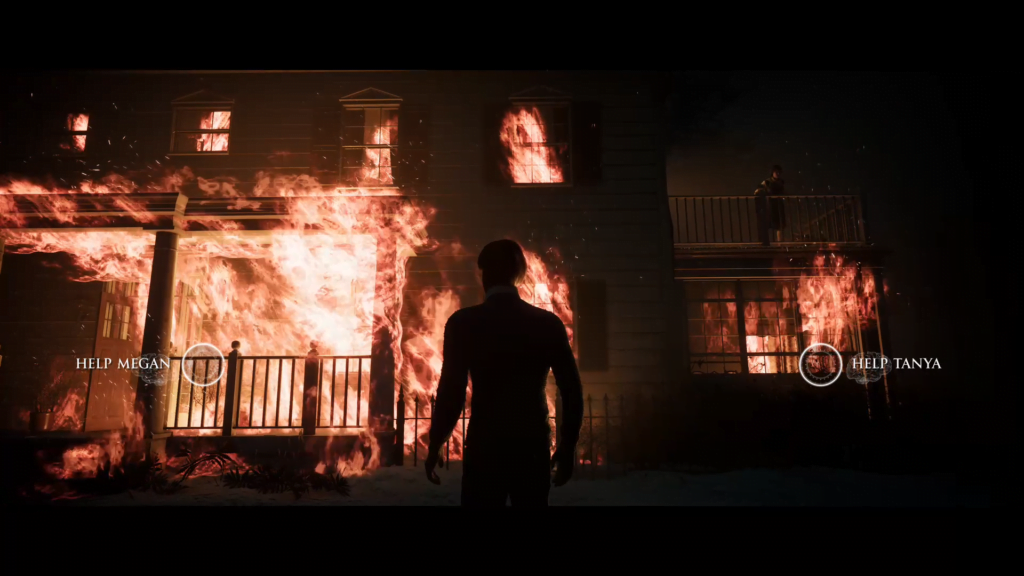 Back in the present, the 5 survivors of the bus crash assemble and plan to seek refuge in Little Hope to elude an inescapable fog and find help. College professor John explains that along with senior student Angela and teenagers Andrew, Daniel and Taylor, the group has crashed on the way to an educational excursion. With no sign of the bus driver, the group pushes through the fog in a singular direction as any attempt to travel the other way results in them being mysteriously turned around and ending up in the same spot they started. 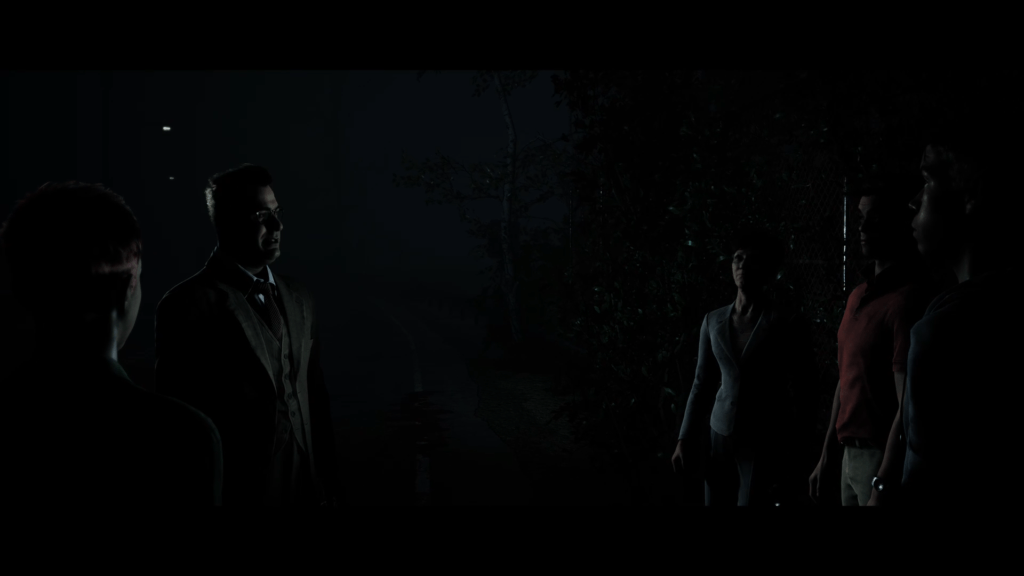 The group is consistently split into a pair and a trio, with each usually taking a separate path as they search for salvation in the sleep town of Little Hope. Before long the characters begin to see a little girl and upon succumbing to the clutches of a dark entity, appear to be transported to the 17th century in the middle of the infamous witch trials. To speak more of the events in this timeline would significantly spoil the story so as to avoid this, all I will say is the consequences of choices made here have a direct impact on the present day storyline and vise versa. 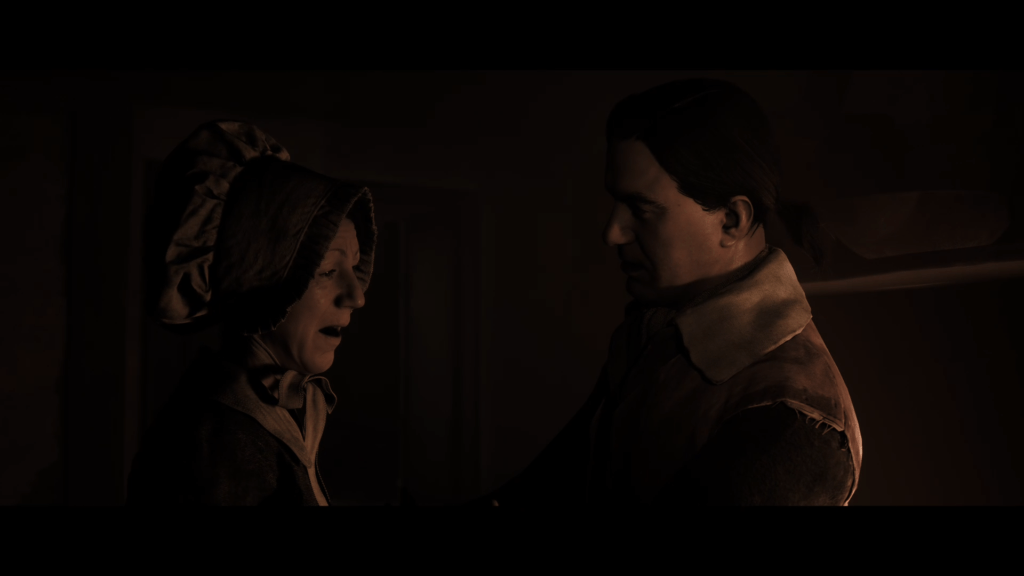 The interweaving time periods are well executed, with subtle clues and information allowing players to piece together the significance of their experiences and eagle eyed players paying close attention to all dialogue and the environment will actually be able to uncover the deepest mystery of the story surprisingly early on.

Stalked by disturbing beings hellbent on murdering the survivors, the group must escape the hellish entities while pushing deeper into Little Hope while making decisions that impact the very survival of each member. 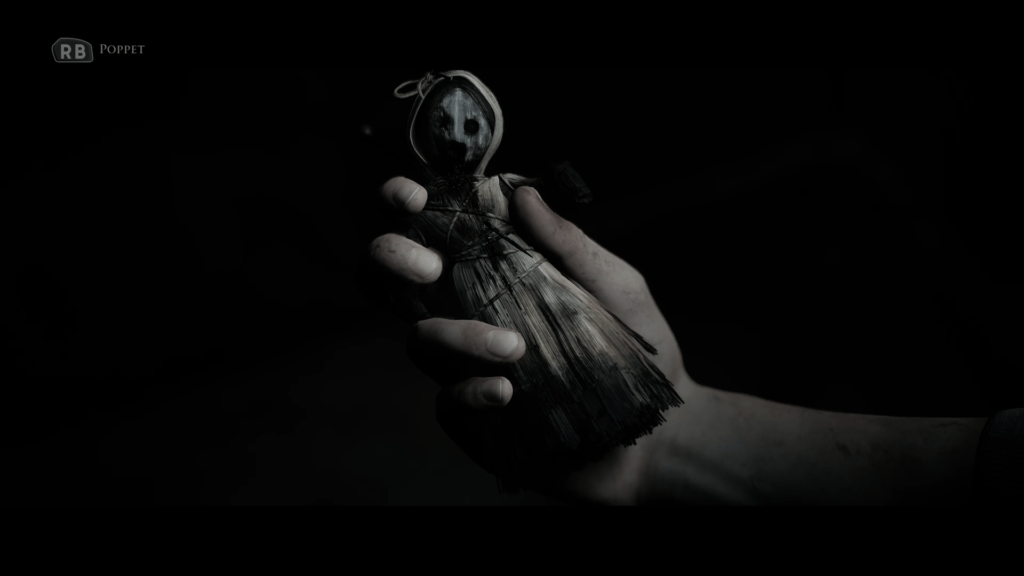 The story is surprisingly clever and connected, executed in a manner that makes subsequent playthroughs all the more enjoyable by noticing clues early on and continuing to discover new information my baking alternate decisions. The replayability is excellent and justifiable if for no reason other than to see what happened with the survival or death of any combination of the 5 characters. The moment of revelation at the end is intriguing and satisfying, likely to shock players that haven’t quite figured out what’s going on or giving players confirmation of the theories they have likely been working on as the puzzles of this interwoven narrative fall into place.

The Curator, as mentioned, appears between the Scenes and reflects on the events that preceded while also offering cryptic dialogue as to things that have or could have happened. He presents a choice as to whether a clue is offered for what follows and when played co-operatively, this clue is only offered if all parties select yes. This is a fun mechanic that doesn’t spoil anything but does tempt players with how blind they want their initial playthrough to be.

Their fate is in your hands

As with Man of Medan, the narrative of Little Hope is subject to subtle and major changes based on the decisions made by the player. While some of these choices may appear inconsequential, developer Supermassive Games have executed the story in such a way that may not be truly realised until later. The choices made can result in any combination of the 5 playable characters surviving or being killed, leading to a number of endings including ones where nobody lives or all of them survive.

Being a highly cinematic and interactive story, the gameplay is extremely simplistic. Walking around and interacting with the other characters and items of interest within the environment comprise almost the entire core gameplay experience outside of the decisions to be made via dialogue or actions during sequences of tension. A large number of items can be interacted with and expected, offering insights into Little Hope’s dark history. Hidden throughout the explorable environment are pictures that when collected, offer a premonition that may or may not come to pass. As explained by the Curator in between the Scenes/chapters, whether they occur or not may be impacted by decisions made. This remains a fascinating staple of the series and by presenting possible outcomes, may subconsciously affect the choices made by the player or drive them to act in a manner to achieve the potential scenario.

Despite being in control of the characters, the game is fairly linear in the sense that regardless of which path is taken, there is only one way forward. While exploration of these paths is possible, it remains pretty straightforward tightly enclosed.

In the air tonight

The atmospheric tension is excellent, an ominous and eerie mood are ever present. With an immaculate attention to environmental detail and an incredible score and sound effects, the player always feels a sense of anticipation of the unexpected. Constantly feeling watched or stalked, a sense of dread inspires players to proceed with caution. 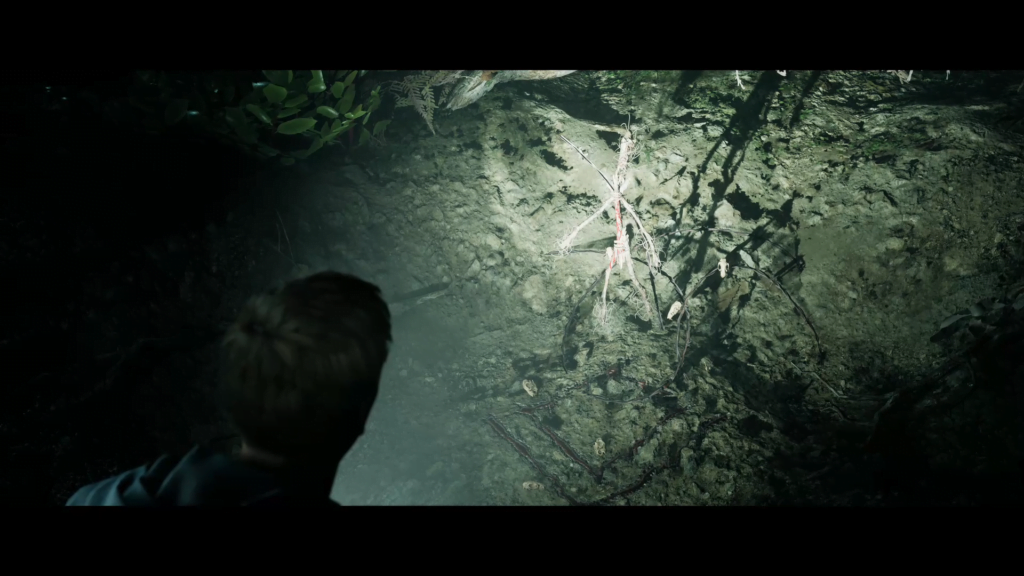 A solid voice cast provides genuine emotion and depth to the characters they bring to life. Admittedly the characters themselves don’t feel very fleshed out but their motivations and actions in the moment feel authentic and believable. The character models themselves are insanely detailed, adding to the believability of these characters and the world they inhabit.

“There are ALWAYS consequences”

As iterated by the mysterious Curator, there are always consequences. Small or large, every decision impacts the characters personalities and the events themselves, particularly as it relates to life or death. Little Hope has a stronger and more interesting story than Man of Medan though it’s character development doesn’t quite reach the same heights. 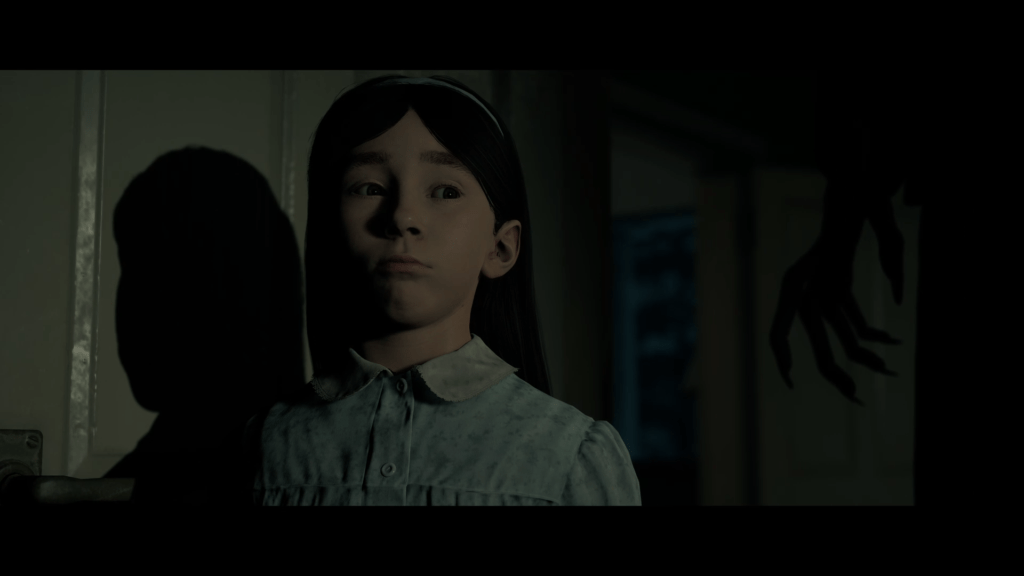 Little Hope is an atmospheric treat of tension, surprise and tragedy, felt throughout all of its playable timelines that are masterfully interwoven with a climax that hits the mark. Playable solo or co-operatively locally and online, the replay value is excellent. Making different decisions and unlocking alternate endings is fun and a second playthrough is almost more rewarding, adding context to events that may not have been clear the first time around. The addition of the Curator’s Cut allows the story to be played from the perspective of different characters. 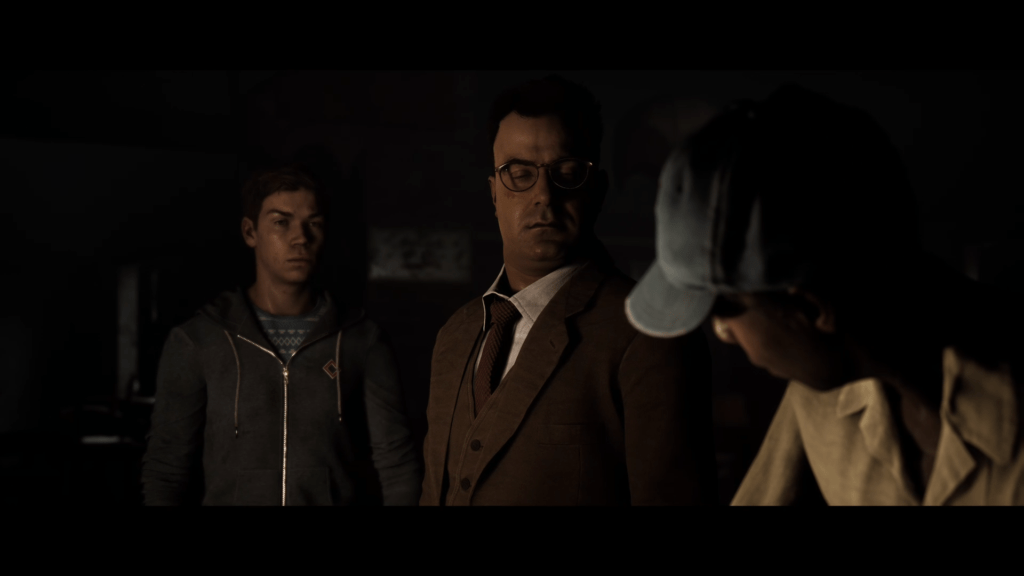 Following the precedent set with Man of Medan, Little Hope also includes a photo that when interacted with offers a premonition of the next entry in The Dark Pictures Anthology. Following the credits of a completed playthrough, a teaser trailer for the next entry is shown in full. House of Ashes, arriving in 2021, is revealed and like Little Hope, appears to present a completely different take for the series which continues to excel in the interactive narrative genre.

+ A lot of replayability either solo or co-operatively

– Gameplay could use a little more depth