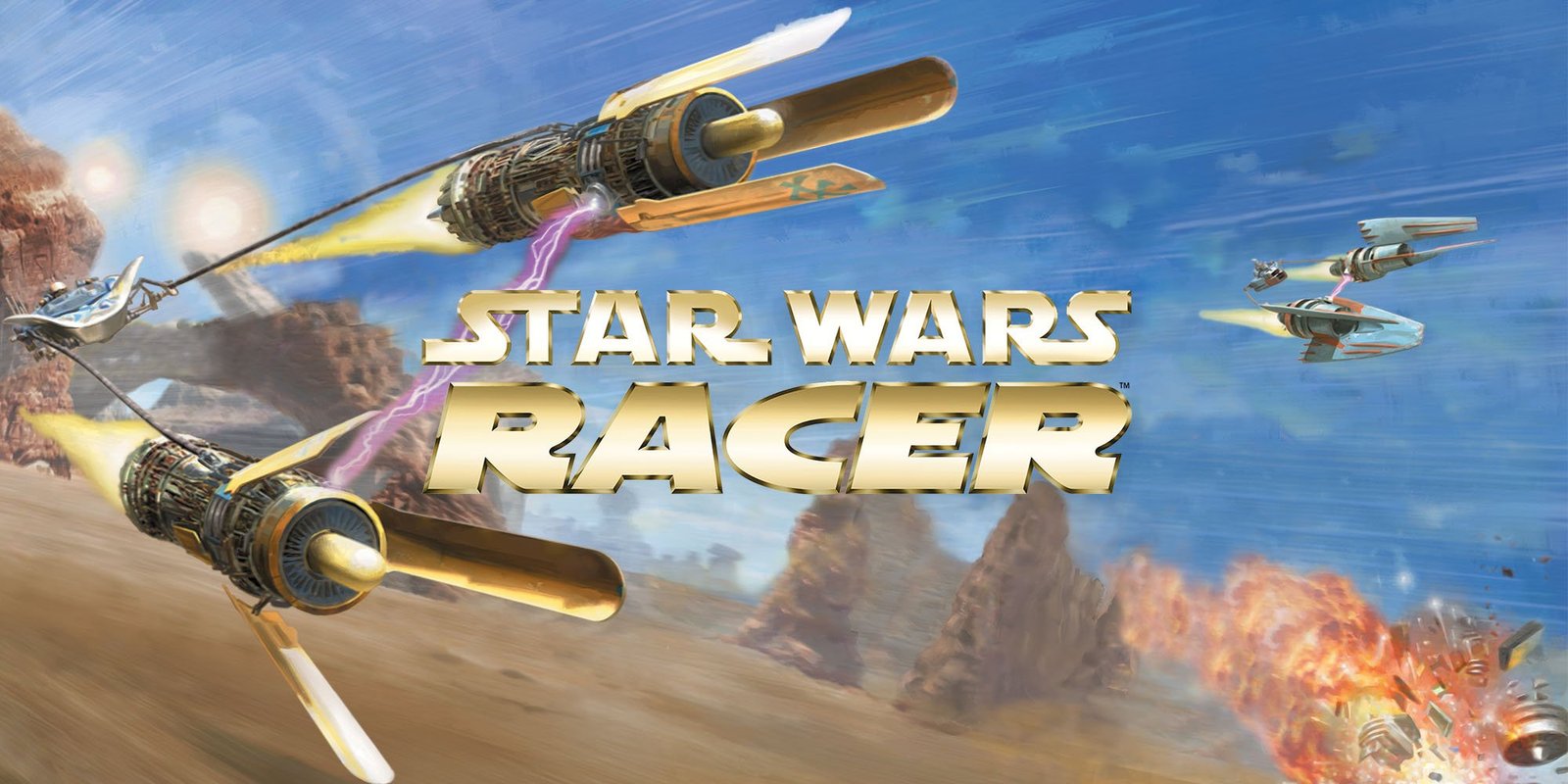 Racing in a galaxy far, far away after its original release long, long ago is still a lot of fun

It’s crazy to think that it’s been 21 years since Star Wars: Episode I – Racer initially launched on PC. Later going on to receive ports on now-retro platforms such as the Nintendo 64, Sega DreamCast and Gameboy Colour, it raced onto PlayStation 4 and Nintendo Switch earlier this year but finally, Star Wars: Episode I – Racer is available on Xbox One.

Offering a small assortment of modes and nearly a dozen locations across 8 planets from the legendary film franchise and its expanded universe, such as Tattooine where the sci-fi motorsport made its grand debut in 1999’s Star Wars: Episode I – The Phantom Menace, this fan favourite racer has become a classic for a reason.

“If you’re not first, you’re last”

Star Wars: Episode 1 – Racer is a lap based racing title with Tournament, Free Play, Time Attack and a local 2 Player versus modes.

The Tournament mode consists of 25 3 lap races spread across 4 different tournaments in 3 lap. Winning or placing awards the player money, the currency here is referred to as Truguts, and the option to toggle the winnings to a winner takes all setting will only pay out if the player finishes in first place. This awards more Truguts which can be spent to upgrade components for the pod racers, the name of the sci-fi vehicle, increasing their performance in areas such as turning, acceleration and air brakes for example. 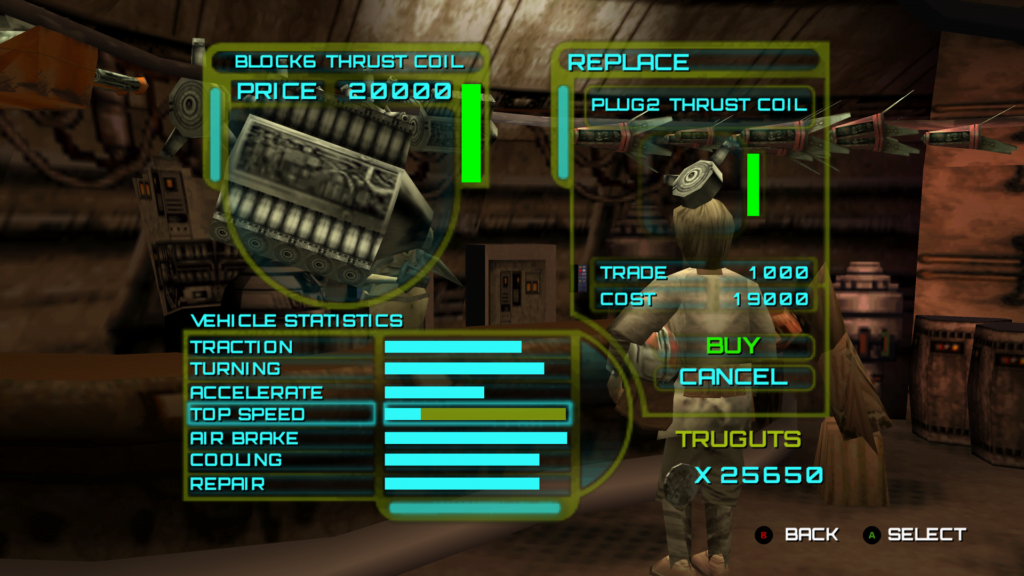 Once a component has been upgraded, its stat bonuses apply to all of the playable pods. Carefully selecting which components to upgrade is rarely an issue as the entire game can be completed without purchasing a single upgrade. In my experience using Anakin Skywalker for instance I was able to complete all 3 of the initial 7 race tournaments as well as the 4 bonus tracks for doing so by using his pod at default specs. Replaying races or tackling the other modes is certainly a lot more fun with a fully upgraded pod though and allows for some impressive lap times, the best of which is recorded for every single race. 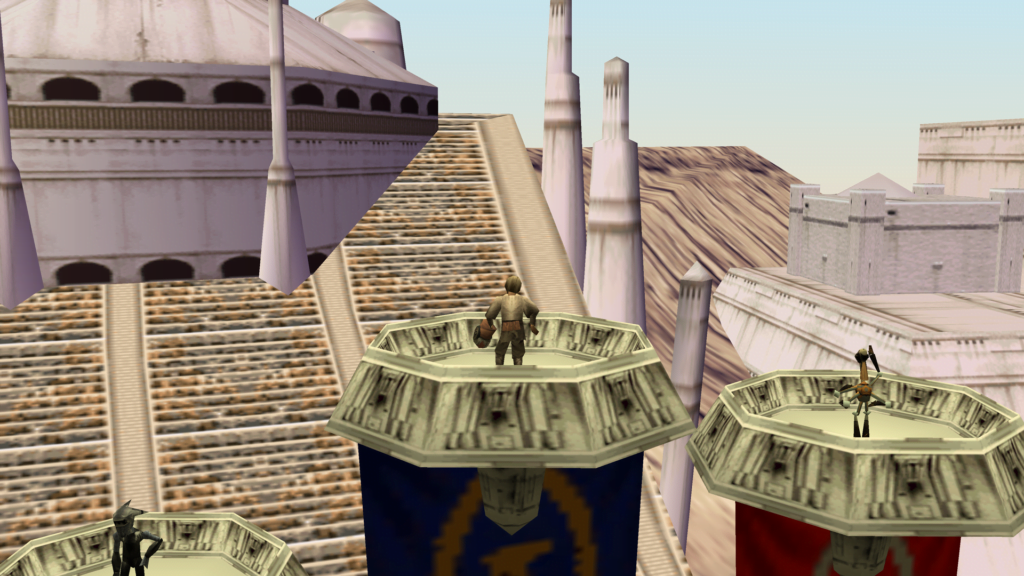 Truguts can also be spent on recruiting up to 3 Pit Droids which decrease the time taken to repair pods in game due to damage sustained by environmental or other racer collisions or overheating the turbines by using the boost function in excess. 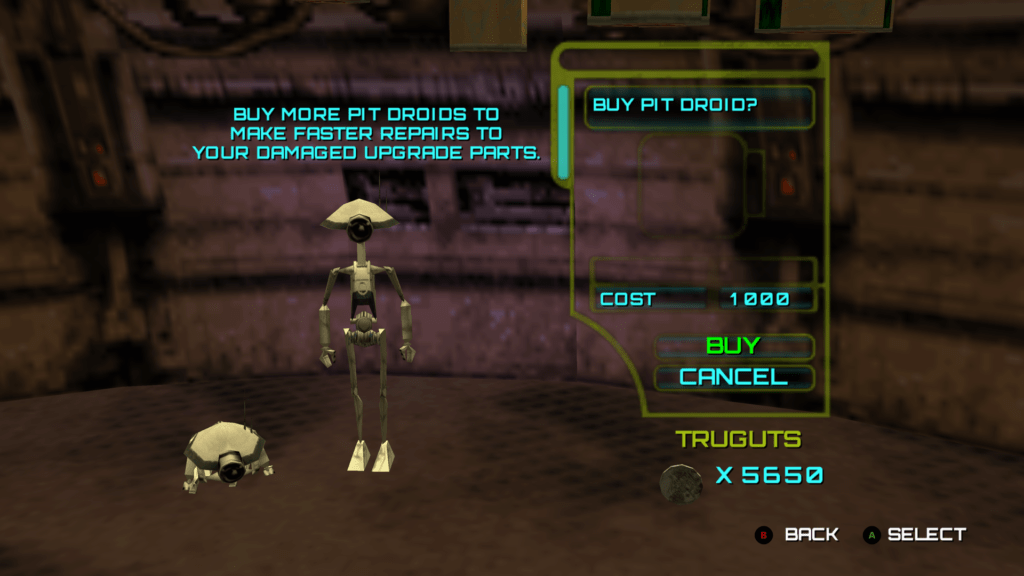 New pods and their respective pilots are not bought, instead they are earned. A complete roster of 23 pilots are available with majority of them earned by winning certain races. Each pod has its own specs, not unlike other racing titles, and as mentioned any upgrade purchased is automatically applied to all pods, even if they have not yet been unlocked. 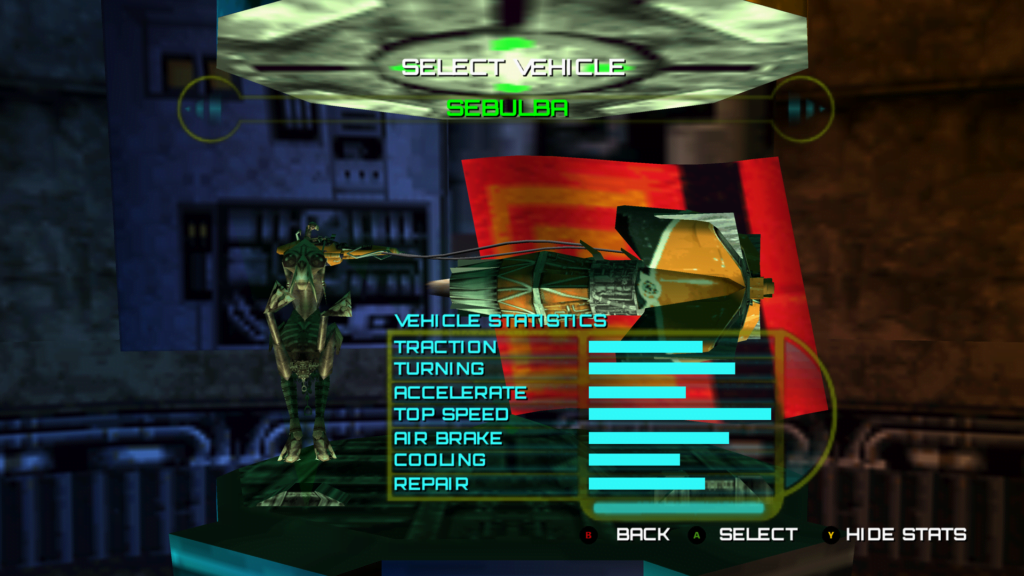 Free Play mode is essentially the same as Tournament, offering the same races without the pressure of placement rankings but does not award money.

Time Attack allows the player to select any race and number of laps in an effort to set the most impressive time possible.

2 Player co-op is local only with no online functionality. This is certainly a missed opportunity to friends to compete against each other and see who is the fastest in the galaxy. The race variety here is again the same, affording the same tracks to be played just with an additional player to compete against.

The track variety is limited to a handful of unique locations. Despite the same locations appearing in later tournaments, these tracks have alternate routes, opening up to be longer, more complex and typically contain more environmental hazards and obstacles for instance. This cleverly increases the track variety without actually requiring more maps. Rocks, the iconic Sandcrawlers and gigantic propellers for example appear more frequently, adding further danger to the race, especially when traveling at greater speed. 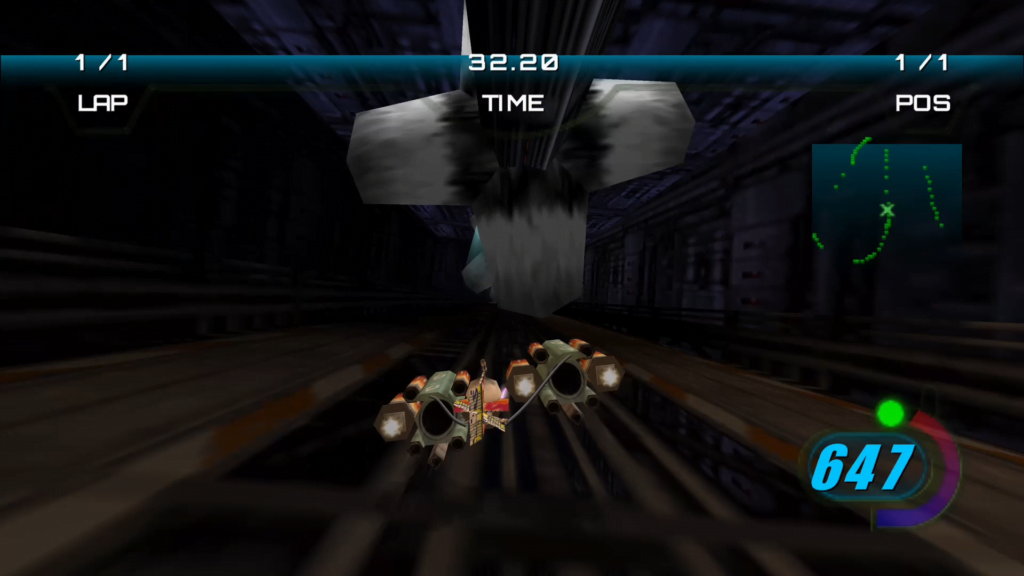 The gameplay itself is simple and similar in most ways to a typical human motorsport game not found in a galaxy far, far away. Accelerating, braking and drifting are of course present and alongside a boost and a repair function to fix the turbines that propel the pod forward, the only feature present that is not intentionally present in a car racing game is the ability to turn the pod on its side in order to fit through tighter gaps and of course, to look cool… 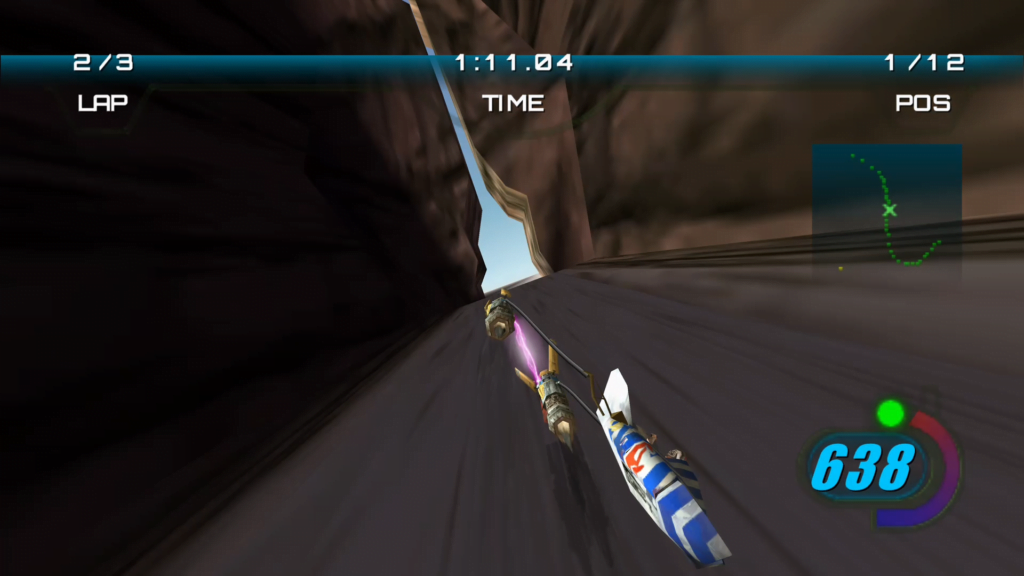 When utilising boost the turbines of the pod gradually overheat, eventually catching fire if the boost is not ceased. Turbine damage is represented by an image of the left and right turbine, broken into the front, centre and rear sections. Any damage sustained will result  it changing from its healthy green status to yellow, orange and ultimately red. Red is bad. Repair the red. 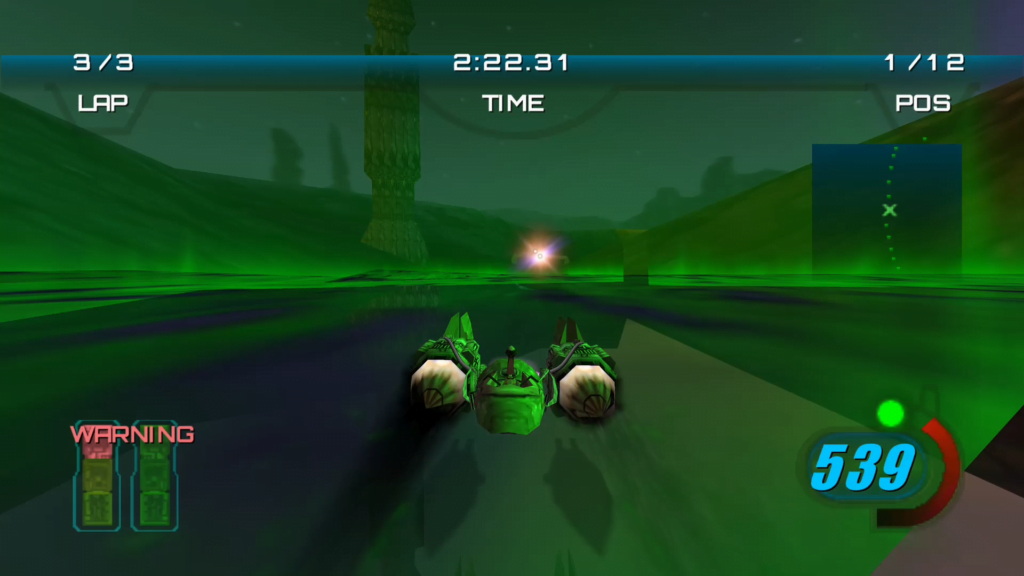 If the turbines catch fire, competent players can also use this to their advantage by aligning their pod with that of a competitor, in turn setting their pod on fire. Quickly repairing the fire afterwards is an effective way to turn the turn the tides of a bad situation. This calculated risk is worth taking and should the players pod explode before it can be repaired, it will simply respawn. Racing as Sebulba can actually trigger the flames as a weapon! 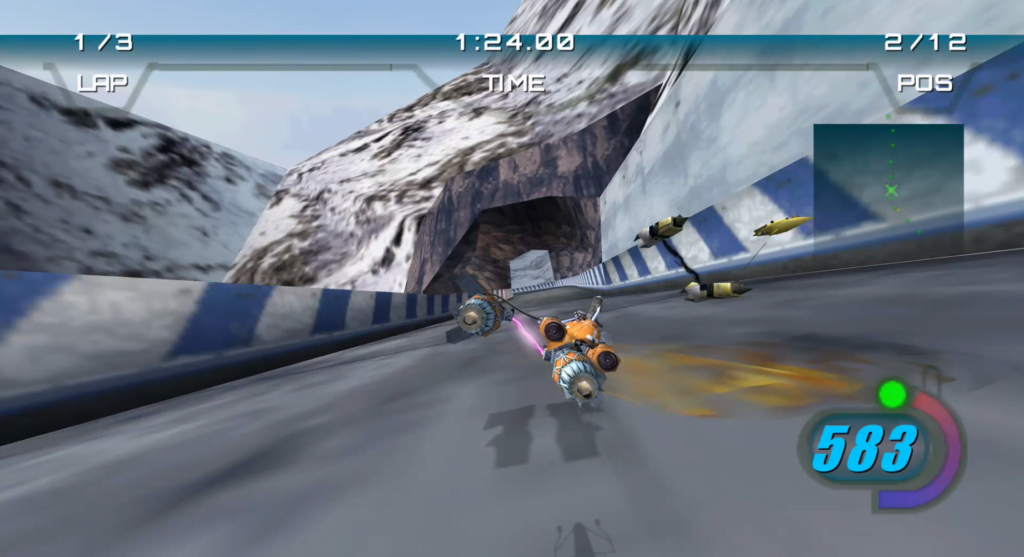 While the resolution has been upscaled, Star Wars: Episode 1 – Racer still looks and feels like a game released in 1999. Due to this being a port as opposed to a remake or remaster there has been no overhaul to the visuals or gameplay. Looking back it was pretty good for its time but it hasn’t aged well near the end of 2020. 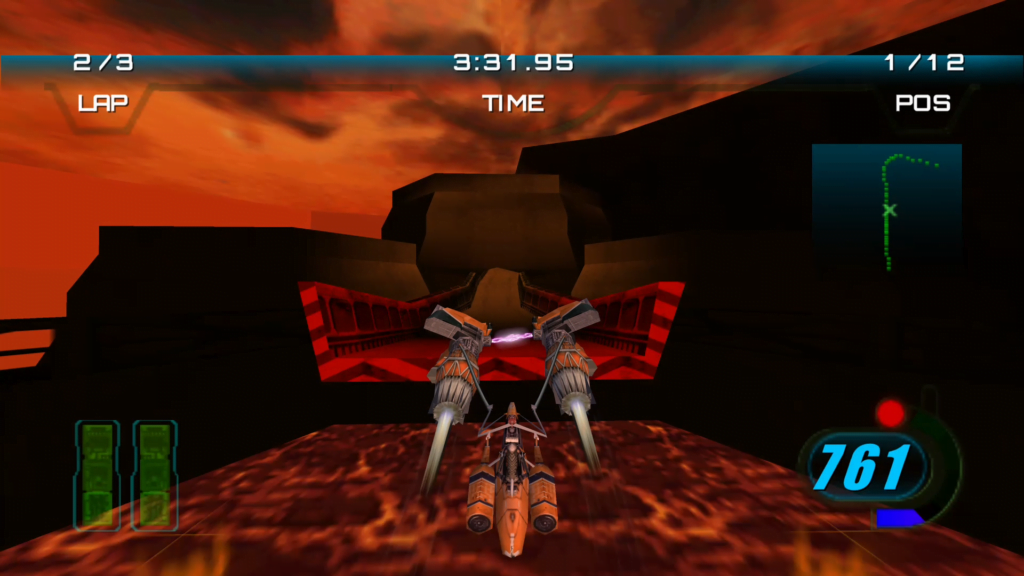 The score is incredibly authentic, even drawing upon actual themes from The Phantom Menace including the wildly popular “Duel of the Fates”. While also utilising actual sound effects from the film featuring the first and only on-screen podrace in the Star Wars universe to date, the overall presentation is authentically Star Wars.

“Now THIS is podracing”

The inclusion of local multiplayer opens up Star Wars: Episode I – Racer to be something the whole family can play, though only two at a time. For those like me that played this as a child themselves it’s exciting to be able to share this experience with my own children as it is a title that can be enjoyed by players of all ages and regardless of their interest in Star Wars.

It’s unique, enjoyable and has enough variety to keep players entertained with a casual race here and there. As Star Wars has always been a family friendly franchise, never more clear than now as a Disney property, Star Wars: Episode 1 – Racer is a nostalgic blast from the past for fans of the original release while also being an enjoyable retro experience for newcomers. 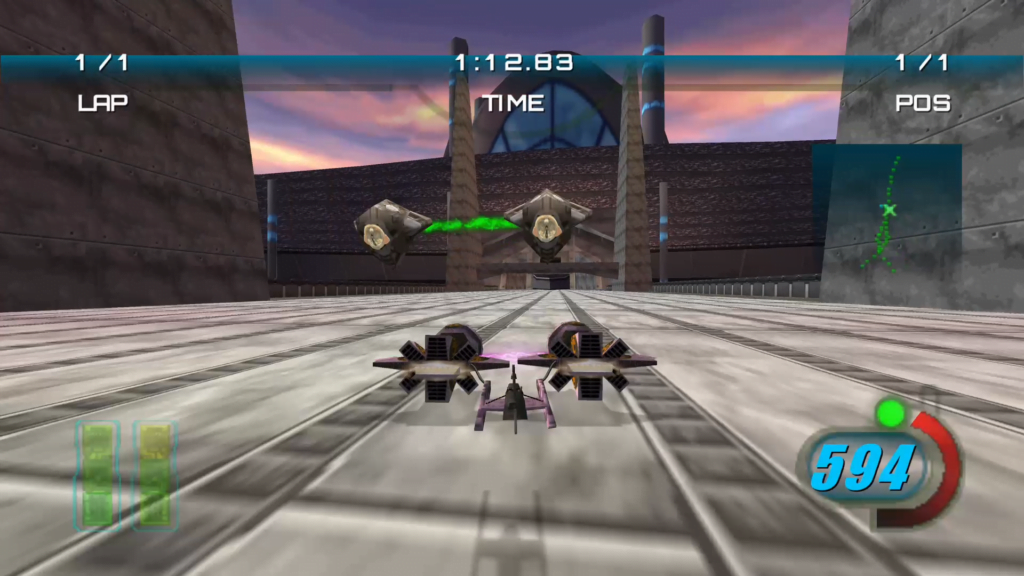 While a few bells and whistles would have been nice to enhancer the experience and fill a little more fitting as a title in 2020, Star Wars: Episode 1 – Racer is an enjoyable and authentic Star Wars experience that has a special kind of staying power, be it nostalgia or its unique take on the racing genre in all of its simplistic glory.

The Last of Us: Remastered Review