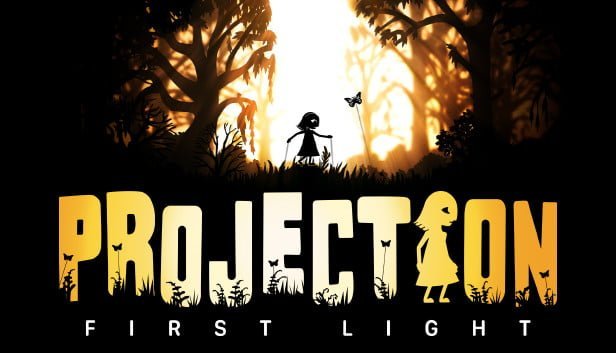 Relying on the mantra of actions speak louder than words, this silent narrative uses light to empower its cast of shadow puppets and tells a stronger story than perhaps the spoken word could have achieved.

2D platformers in 2020 are no less of a joy than they have been for generations. There’s a charm to the general simplicity of the genre and the memorable worlds they tend to occupy. Projection: First Light incorporates shadowplay into its puzzle solving and environmental platforming so cleverly that it constantly remains engaging and satisfying to progress. Playing as a little girl named Greta and a glowing orb of light to project shadows to create platforms, the player embarks on a journey full of wonder through its black and white foreground and sepia toned backdrops.

I just wanted to catch a butterfly

A series of unfortunate events play out as Greta tries to catch a butterfly, ultimately wrecking a police car and upsetting several of the locals in the process. Despite catching the butterfly in a jar, when sent to her room by her furious parents, the jar shatters and the butterfly escapes. Instead of realising the butterfly may be more trouble than it’s worth, Greta follows it, escaping her home and the wrath of her parents. Soon after leaving, Greta encounters a glowing orb of light that goes on to accompany her on her journey across multiple countries. 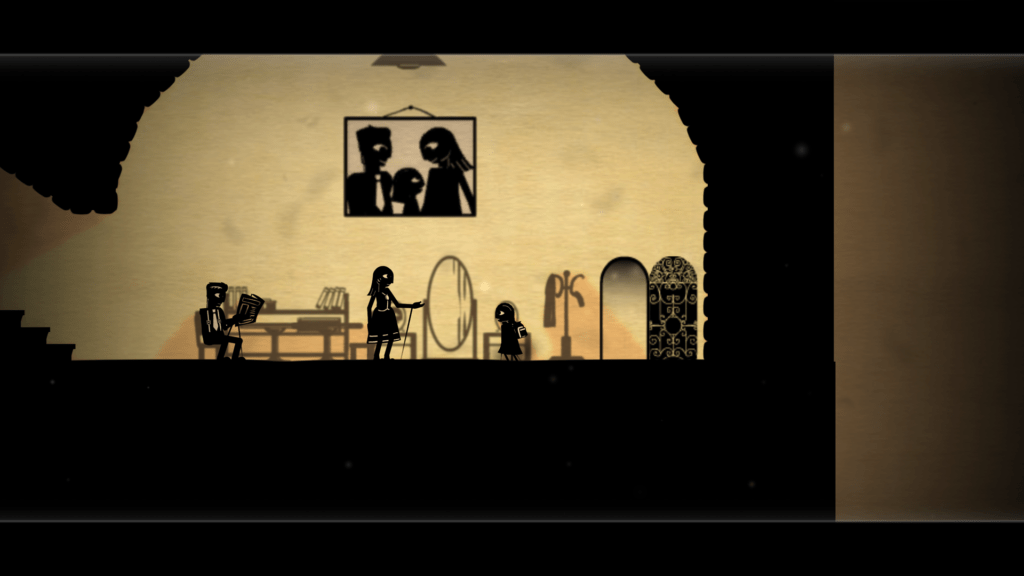 Not a single word of spoken or text based dialogue is present to explain the story. The actions of Greta and the characters she encounters, all of which are shadow puppets, rely on gestures and visual cues to tell its story. It’s well executed with its visual delivery and surprisingly leaves little to the imagination in the context of the story Projection: First Light is trying to tell. 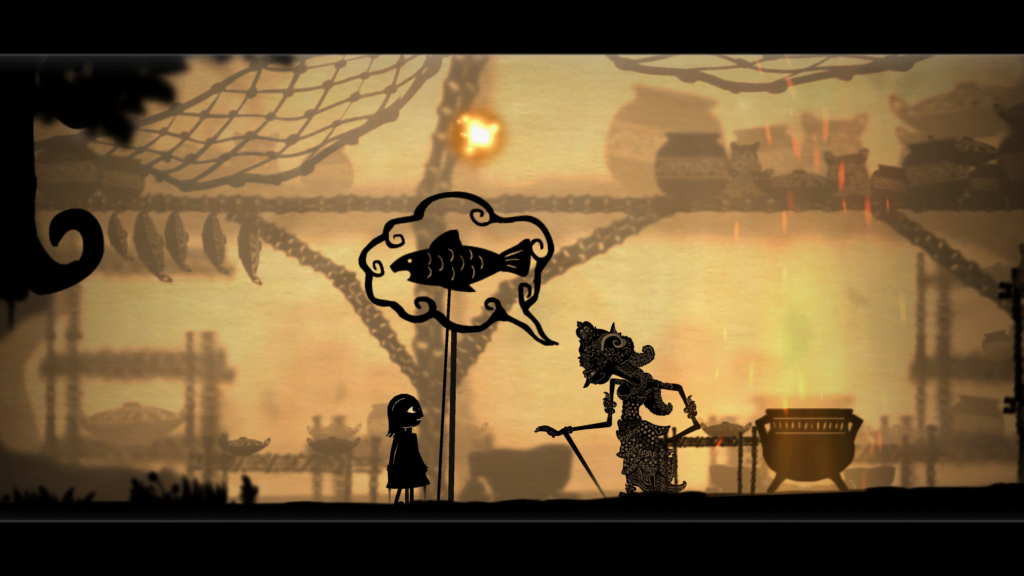 The characters Greta meets on her journey are quirky and almost abstract yet larger than life and majestic in their design. The inspiration drawn from traditional shadow play canvas, an ancient form of storytelling using cutouts controlled by sticks and manipulation of lighting transitions surprising well into the video game medium.

Australian developer Shadowplay Studios have done their homework when it comes to the visual storytelling of this ancient entertainment and have executed it wonderfully with a fun and dynamic puzzle system requiring the player to control a glowing orb of light to cast shadows. While there are no threats in the form of traditional enemies, environmental hazards such as water and rolling boulders will kill the player. Manipulation of the shadows to create platforms for traversal or redirect boulders for example are clever ways to eliminate a threat. Hidden throughout the story are 166 butterflies to be found. Offering nothing of value, outside of optional platforming challenges, to anyone other than completionists there is little reason to purse them.

A picture is worth a thousand words

The striking art design of Projection: First Light stands out immediately. The background drops in as Greta scrolls across the screen, filling the sepia backdrop with oriental structures and environments. The character designs feels very traditional in the context of which country Greta is visiting throughout her journey. The attention to detail in the characters despite the rather simplistic overall style stands out. 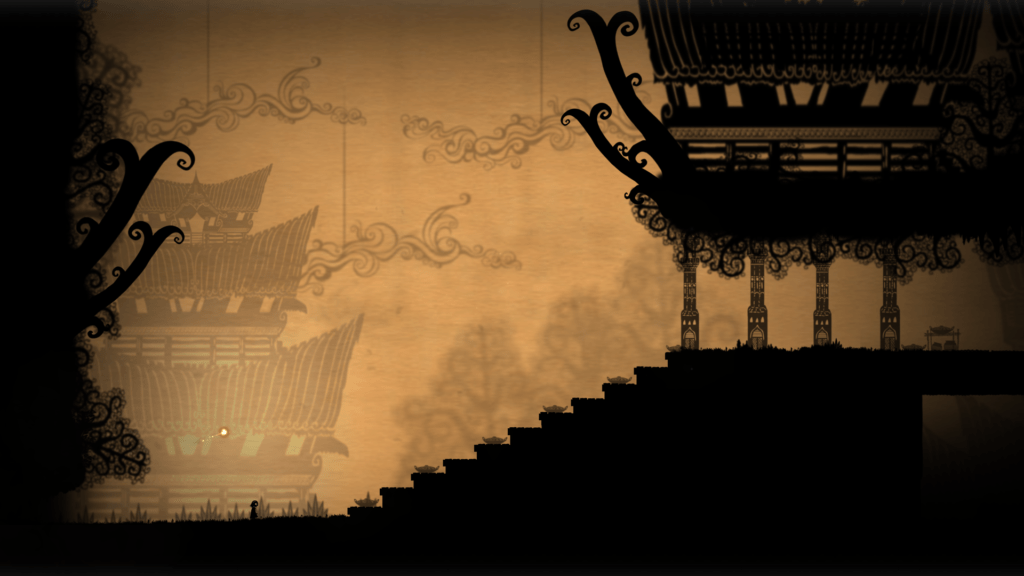 The score is melodic and can rise just as quickly as it falls with the more dramatic story beats. It’s very soothing and calming, lending to a very relaxing audio experience to accompany the rarely frustrating platforming.

Should it be left in the shadows?

Projection: First Light is an incredibly well crafted and layered experience. Rooted in 2D platforming, the integration of shadowplay from its inception as a form of ancient storytelling into the gameplay is a wonderful direction. 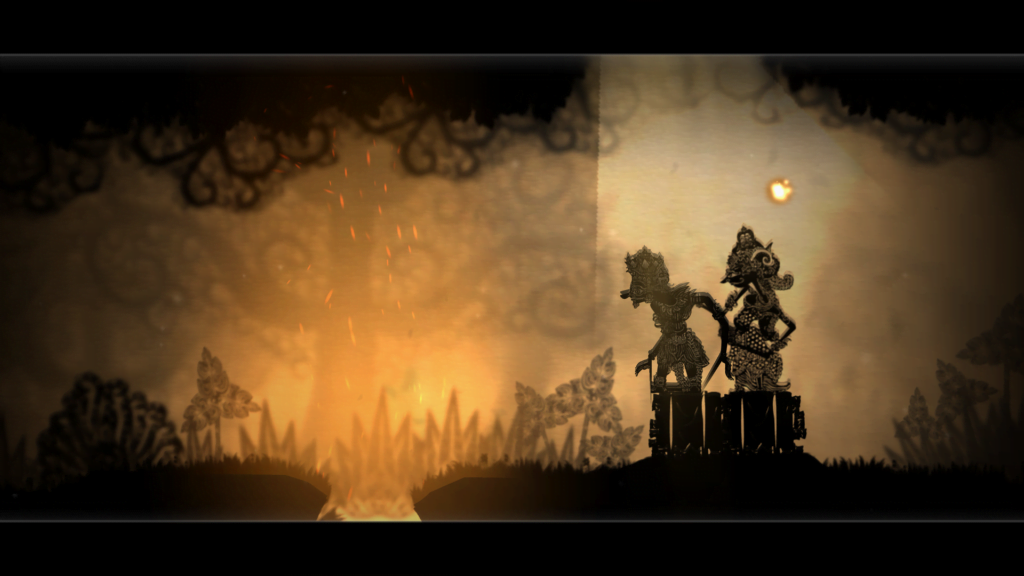 With the cast appearing as shadow puppets there is a unique dimension to the visuals that is so striking and memorable throughout its 4-5 hour story. By letting the actions speak louder than words, Projection: First Light manages to say a lot and as such, fans of the platforming genre are in for a treat.