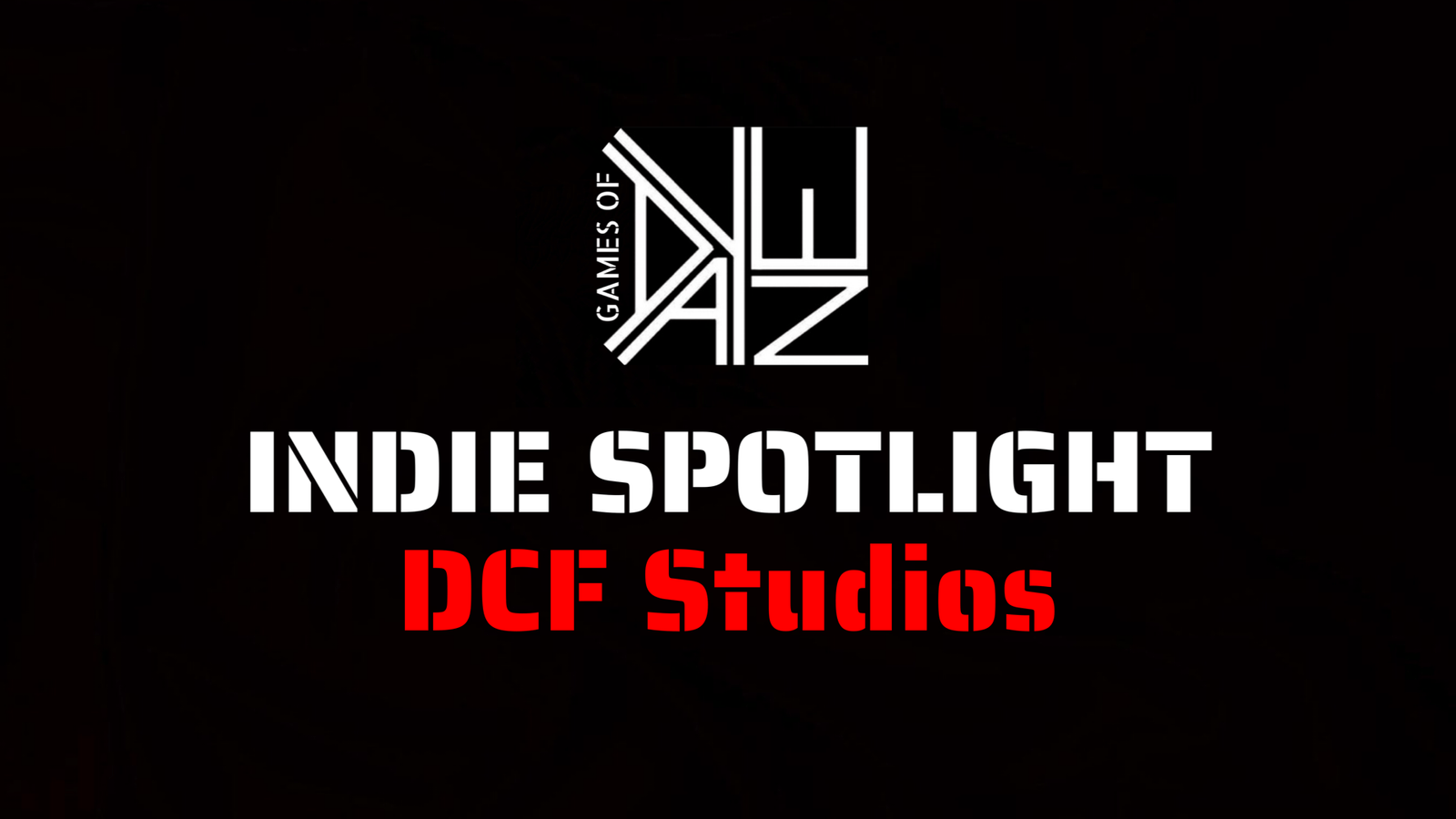 DCF Studios may be a small team of developers based in Brazil but the scope of their ambition is broad, so much so that they entered into the industry with a goal to create a shared gaming universe known as the DCFU. 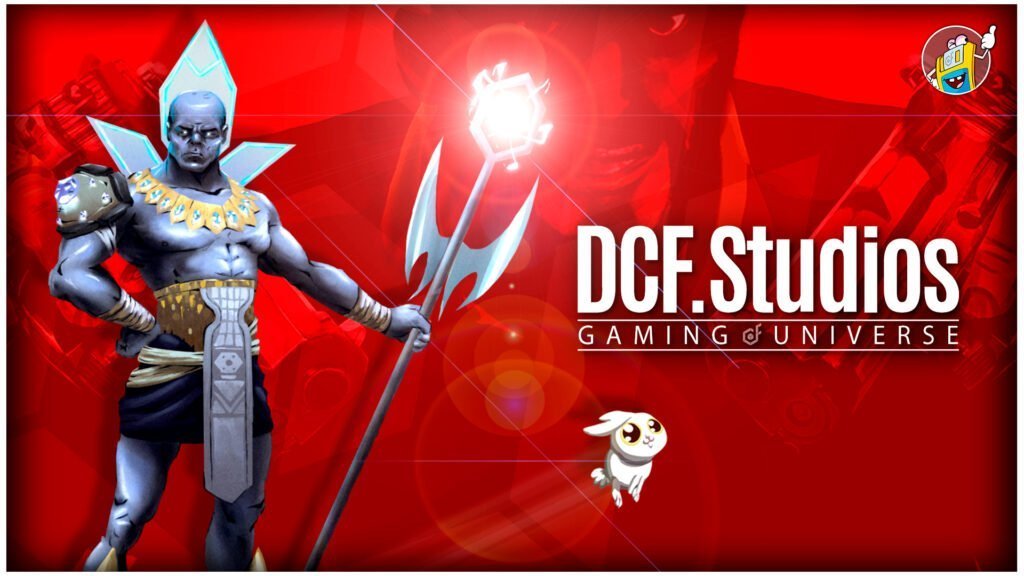 Each entry will be a stand alone title story with a beginning, middle and an end. Interwoven within the narrative to varying degrees, dependent on how grounded or supernatural the individual title is, will be a broader mythological scope that enhances the overall narrative.

By contributing to a bigger picture with each game, DCF intend to satisfy the casual player whilst also servicing those who plan to stick with the series and offer glimpses of what’s to come.

A shared game universe isn’t an original concept but there’s very few examples of any that exist today with a similar approach to what DCF strive to achieve. A series of standalone titles with a larger than life interconnected narrative.

For comparison, the Marvel Cinematic Universe is so far comprised of 23 films, 19 of which were stand-alone entries with the 4 Avengers films laid out at regular intervals pushing the overall narrative forward and with it, the next batch of stand-alone films. 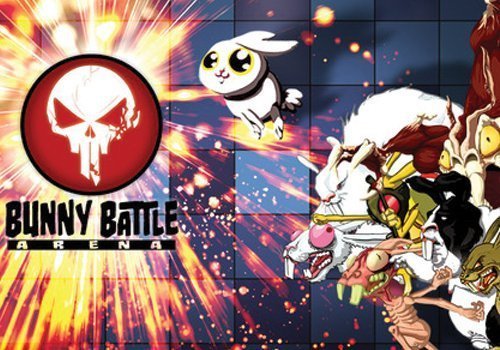 DCF launched Bunny Battle Arena on Mobile back in 2015 and it has since made its way to PC but not a console release.

The official synopsis reads; “How about anger management treatment through stabbing humanoid bunnies with a possessed princess in love with Death? Bunny Battle Arena, the best medicine for anger issues management!”

Battling through a series of waves against multiple variations of rabid bunnies as a possessed princess is an interesting premise. The gameplay consists of hacking, slashing, jumping and shooting these violent bunnies until a boss spawns. These boss encounters are more difficult and when lower class bunnies fight alongside them it can be difficult to survive.

Conquering the boss will end the Wave and give the player the opportunity to unlock different weapons, support abilities and increase their damage, speed and defence stats for instance by spending souls earned throughout the gameplay.

Players do however keep all of their previously acquired upgrades, making it a little easier to push forward though they will no extra lives unless they unlock more by spending their souls.

It’s pretty fast paced and can be chaotic with multiple bunnies on screen at once, especially with a boss involved. The gameplay is fun and simple but a little clunky with its execution. It’s a fairly mindless affair that is different, engaging and most importantly… bloody violent.

One thing DCF take pride in is the violence of the combat in their titles, making sure to spill blood at every opportunity. With all of their titles intent for mature, adult audiences, we should only expect more graphic violence with each release. 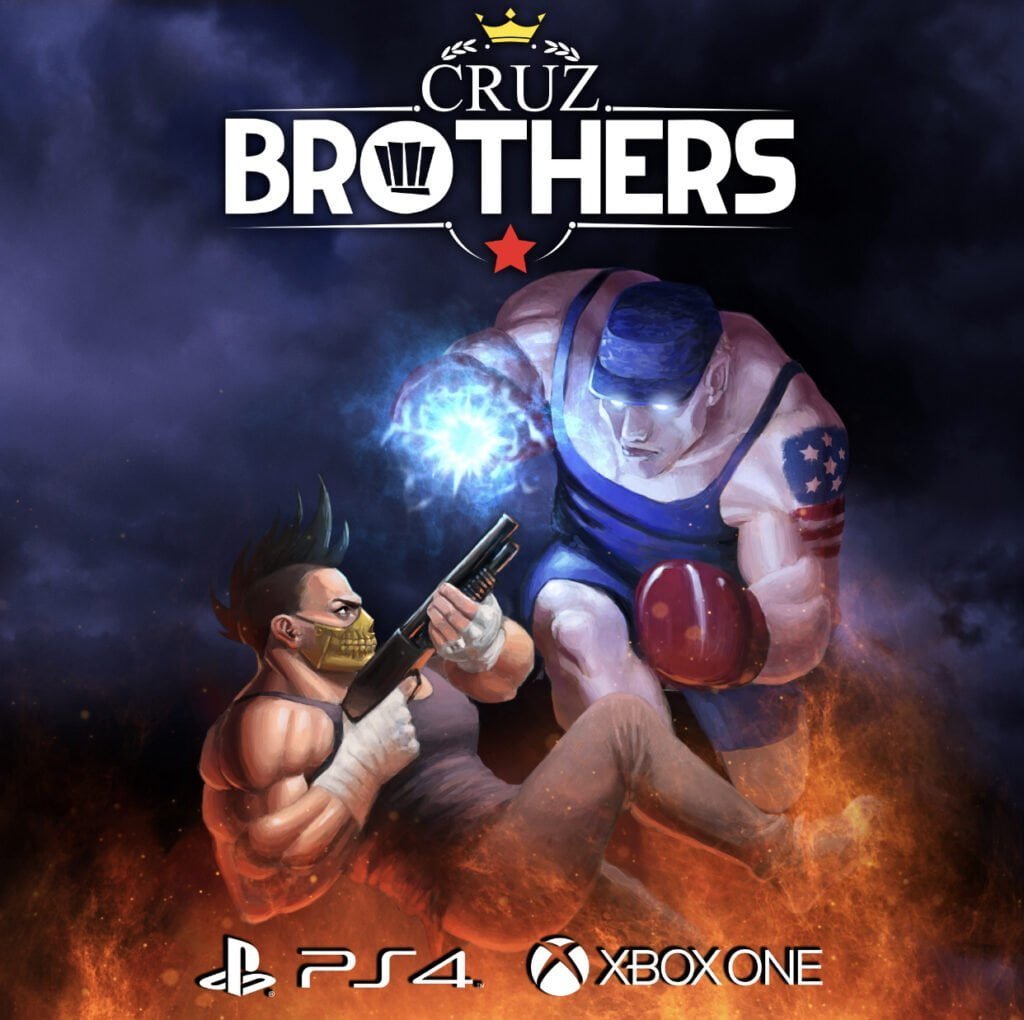 Originally launching in 2017 on PC, and 2018 on PS4, Cruz Brothers was radically overhauled into what would become known as Cruz Brothers: Combat School Edition.

By listening to player feedback, DCF rebuilt the combat system, added a wide range of new attacks, animations, modes and other technical improvements to create the ultimate Cruz Brothers experience. Launching earlier this year on Xbox One, Cruz Brothers: Combat School Edition had all of the mentioned features and more.

Official synopsis is as follows; “After the murder of his best fighter by the hands of Tray Sorrow, leader of the Sons of Subversion. Coach Marcus Luz becomes discredited in life and in the fighting world. His flame turns back to shine, after accidentally meeting the Cruz Brothers, Felipe and Igor.”

Cruz Brothers is a fictional story though it’s leading men, Felipe and Igor Cruz, are very much real people. Felipe has in reality found great success in MMA including winning multiple championships.

On the surface, Cruz Brothers is a boxing/fighting title with a story told via comic style illustrations. Getting into the gameplay sees the introduction of supernatural, energy attacks that may seem out of place initially. By the time the credits have rolled on the story, it becomes clear that Cruz Brothers is just a single step in the giant leap towards the greater DCFU. 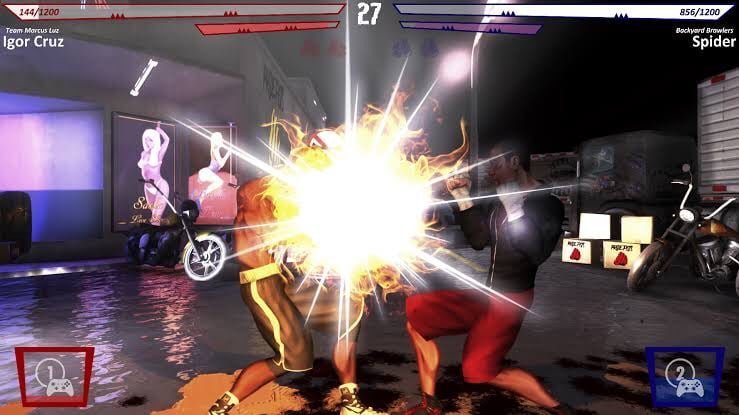 There’s a reason these people have access to supernatural energy and the Sons of Subversion motorcycle gang and Mayhem characters have links to a deeper mythology. Cruz Brothers is a classic example of a self-contained story that is influenced by a bigger picture, a grander plan than may initially be obvious. 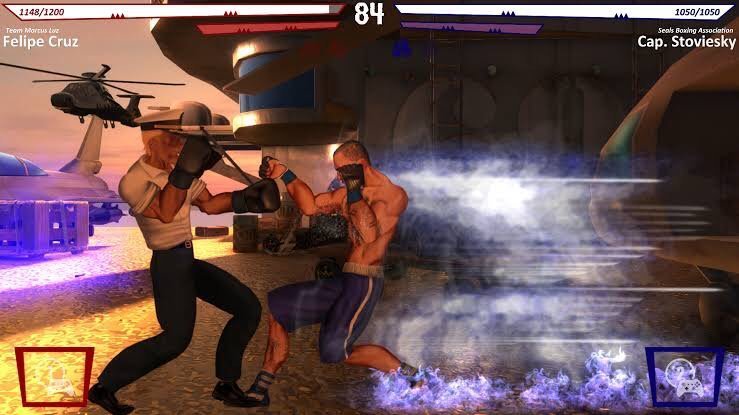 By completing various aspects of the game across its several modes, the player unlocks DCFU cards in the menu that begin to reveal the deeper connections to the DCFU.

I am currently the reigning Cruz Brothers King of Combos after winning a competition shortly after launch. Winning with a combo of 162 consecutive hits, I and DCF Studios encourage any and all challengers to send us your screenshots or video clips of you beating this record to claim the throne as the King of Combos! 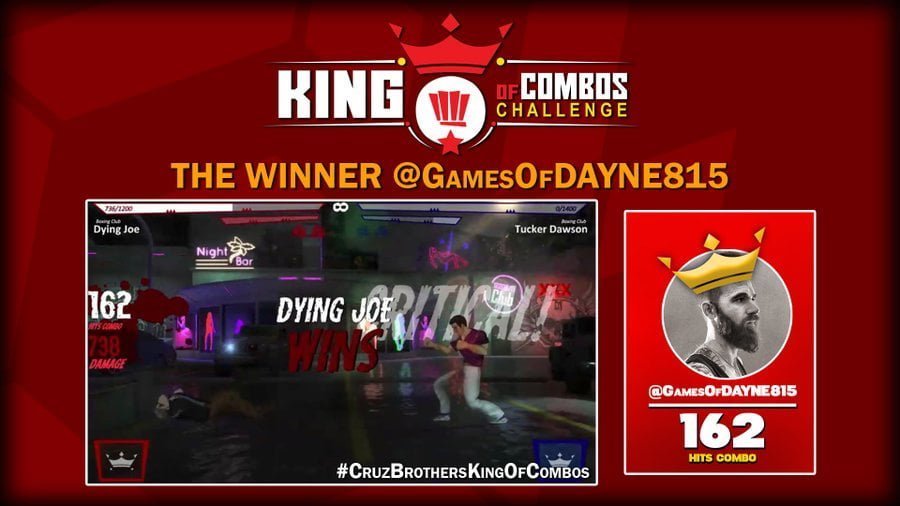 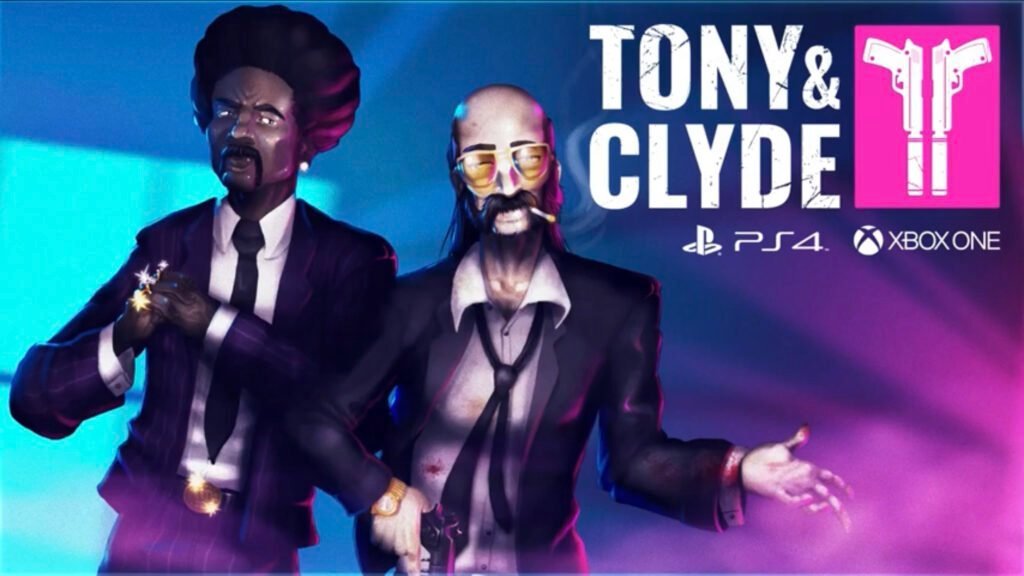 Tony & Clyde is a twin-stick shooter putting the player in the shoes of the titular characters. I was fortunate enough to play a very early build and was pleasantly surprised. My interest was steady high after the awesome teaser trailer highlighting some of the story and gameplay earlier in the year which you can find here.

Tony & Clyde is challenging with a single bullet taken resulting in instant death. An assortment of guns and grenades to use make for some fun and silly violence.

The Pre-Alpha Demo for Tony & Clyde is currently available and playable via download at indiexpo.net at the link HERE.

Bunny Battle Nemesis showcases the powerful females of the DCFU in this action slasher. Very few details have been officially revealed in regards to Ella’s Maidens and the war they will be waging in this title but a cool Alpha gameplay video below can give potential players a taste.

DCF produced a web-series that revealed more of the DCFU and sharing glimpses of the future that lies ahead.

All 5 episodes can be found in the playlist HERE and run for as little as 1-3 mins each. It is well worth a watch for anyone curious about the master plan DCF have been cooking up.

Andre Amorim, the CEO and Founder of DCF Studios has generously afforded me a great deal of his time to discuss the DCFU, plenty of which is in various stages of production or planning phases. In fact Andre went so far as to appear in the first episode of my podcast, “Talking DAYNE”, and had prepared a special animated presentation, similar to a slideshow, to guide us through talking points of the DCFU from its origins and through to its future in great length. This video podcast can be found below.

40 Steps to Valhalla, La Hacienda and Path to Valhalla are in the early stages of conceptual development and from the details my super secret source has shared with me these are going to be wild. There’s no telling how many more are on the way as the very nature of the DCFU and it’s mythological influences suggest the series could run for any length of time and span a wide variety of genres.

DCF Studios do not lack scope and the lengths of their creativity is something I’m excited to see continue to flourish with each new release. A small independent developer with this level of ambition is exciting and looks set to offer an entertaining variety of games that are worth seeing through if for no other reason than to witness the DCFU as it unfolds and reveals itself.

To keep up to date with all things DCFU you can follow them on their socials at the following links:

Games of DAYNE will continue to remain associated with the progress of the DCFU so stay tuned for more coverage of these updates and releases as they become available here and with DCF Studios.

Oh and Andre, I still need that shirt… #DCF4Life