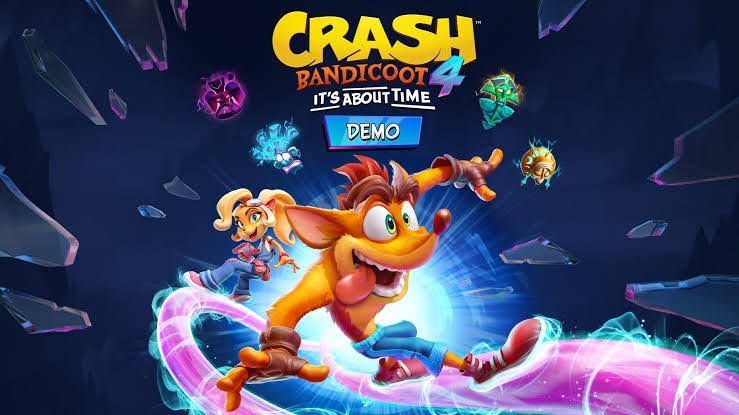 *The demo for Crash Bandicoot 4: It’s About Time is exclusive to players who have pre-ordered the title ahead of its launch on October 2*

Ahead of its full release on October 2, Crash Bandicoot 4: It’s About Time received a Demo containing 3 levels. In an interesting move, this Demo was exclusive for players who have pre-ordered the full game as opposed to an open release for all players. Offering a taste of what’s to come in the long awaited sequel, it’s safe to say that things look promising. 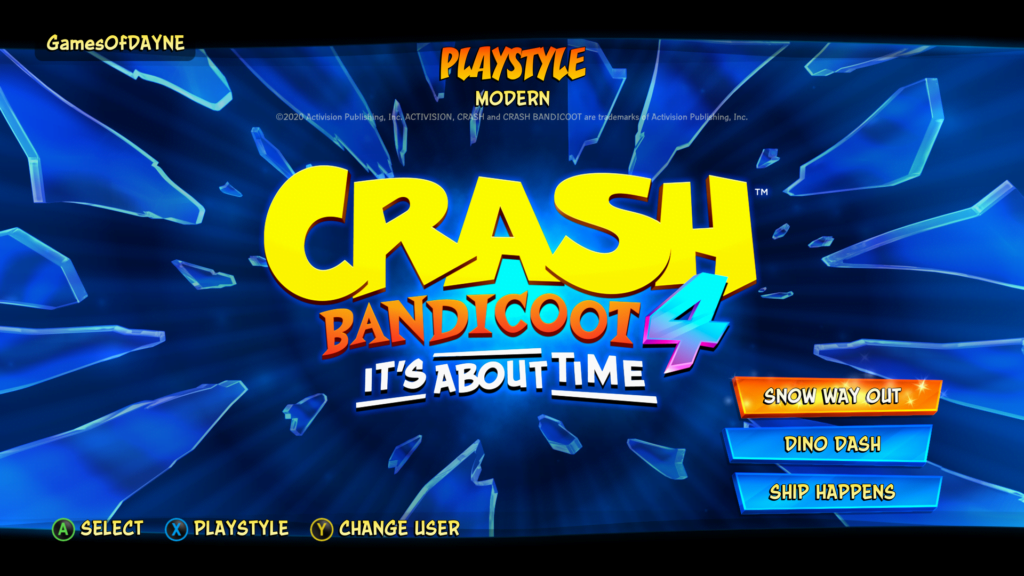 The three levels available in the Demo are “Snow Way Out”, “Dino Dash” and “Ship Happens” and each of them are interesting and unique in their own way.

A fun cutscene opens the level set in a frozen village populated by zombie like fishermen and breaching swordfish. From the very first jump a yellow ring appears below Crash, identifying where he will land at the end of his jump. This may seem like a minor feature to those unfamiliar with the franchise but for those of us who have been with it since the very beginning, this is the holy grail of features that makes that platforming elements so much easier. This is useful when either jumping or double jumping as Crash jumps, spins and slides through the level in typical Crash fashion.

The introduction of a mask that wraps Crash in a funky suit that allows time to be slowed down is just a taste of the cool new mechanics at play when it comes to the platforming and manipulation of the environment and time.

Platforms that break after being touched and metal boxes that can be activated to temporarily materialise boxes in red outlined areas are an example of the platforming elements present. The metal boxes can only be successfully traversed in conjunction with the time slowing abilities of his suit or else they will disappear before Crash can reach them. 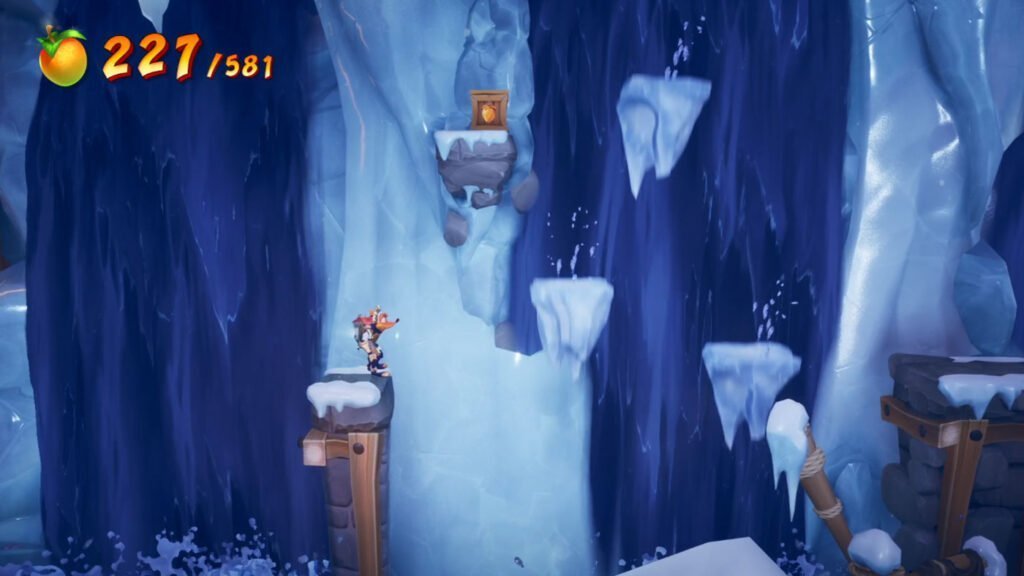 Early in the level a scene with the evil Dr Neo Cortex plays out that pays off even further when the “Ship Happens” level is played.

Taking place in a prehistoric jungle full of interesting bugs, wildlife and of course dinosaurs, Crash must navigate the level as per the usual gameplay formula. Running, jumping, sliding and spinning his way through enemies and boxes while avoiding environmental hazards, a fan favourite sequence returns on a few occasions. The chase sequences. 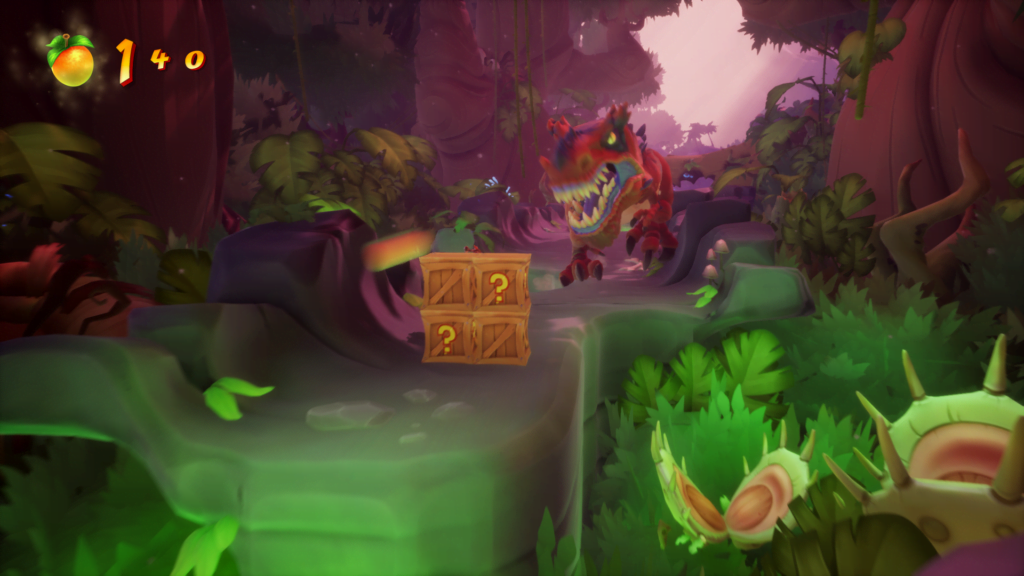 Crash must outrun a T-Rex while sliding underneath fallen trees and jumping gaping holes while smashing boxes and enemies. Taking one hit too many or taking too long to traverse the dangerous landscape and Crash will be eaten by his Jurassic pursuer.

These segments have always been fun and they are just as enjoyable and stressful this time around. The pressure is never higher in a Crash game than when he must run for his life whilst considering his surroundings. 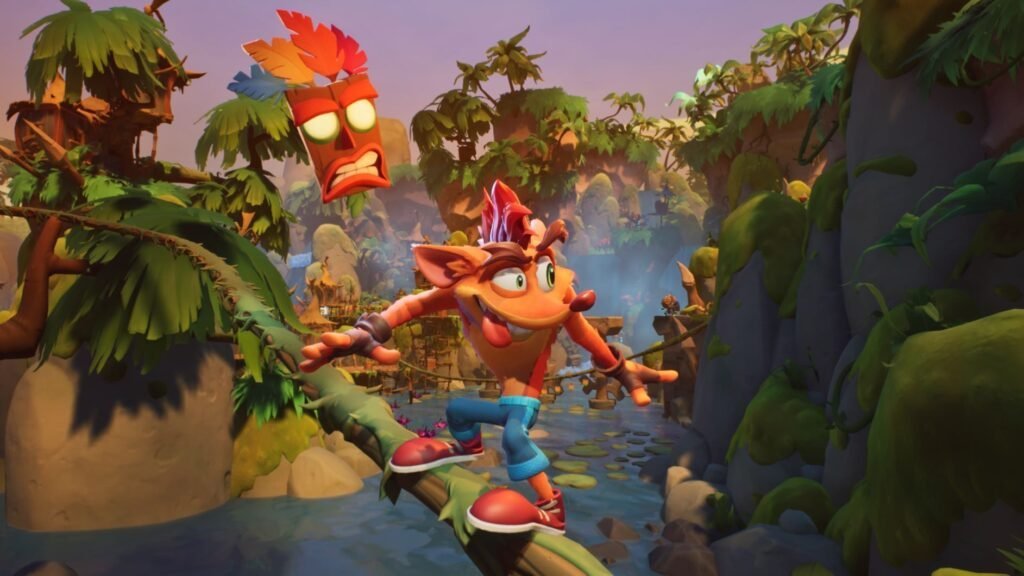 Other fun moments include grinding on tree branches, jumping and turning upside down to avoid rocks or other hazards. The introduction of a new mask that affords the ability to turn parts of the obstacle course invisible, which in turn makes visible previously non-existent boxes or rocks etc make for a cool new dynamic. These new mask abilities add a lot of depth to the platforming challenges without being too complex and alienating the most casual of players.

An alternate take of the “Snow Way Out” Level puts players in the role of Crash’s franchise-long nemesis, Dr Neo Cortex. Armed with his trusty ray gun which can toggle between various modes to solve environmental platforming puzzles, Neo is a lot of fun to play as. Lacking some of Crash’s abilities such as double jump and slide requires a more strategic and calculated approach to the gameplay. 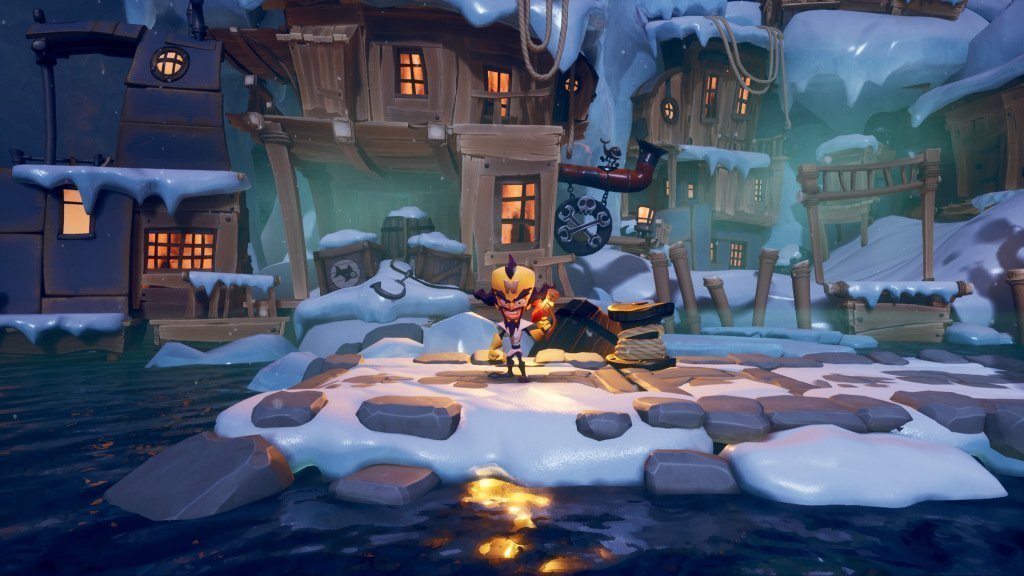 The highlight of this level is easily the moment where a bridge is destroyed. This exact scene takes place in “Snow Way Out” so it’s fun to see how it happens from Cortex’s perspective before the action puts players back in the shoes of the titular bandicoot.

It’s about time… but is it too late?

It has been a very long time since Crash last received a main entry title into the series, as the title of this one suggests. Despite the length of the hiatus, it is never too late for a new Crash Bandicoot title and this 4th numbered entry packs in a bunch of cool and engaging new features that are sure to entertain fans and newcomers alike.

The art design is very similar to the Crash Bandicoot: N Sane Trilogy, the collection of remasters released just a few years prior. This slick style works well for Crash, offering a charming playground that’s just as rife with danger as we’ve come to know and love from the series.

October 2 is less than a week away so it’s not long now before all players can jump into Crash Bandicoot 4: It’s About Time and play through a classic Crash Bandicoot experience with a modern spin.

It’s odd that this Demo was exclusive to those who had already purchased the full release. Despite the logic here, a full fledged Crash Bandicoot experience is coming to all platforms very soon. And as per the title, it’s about time.