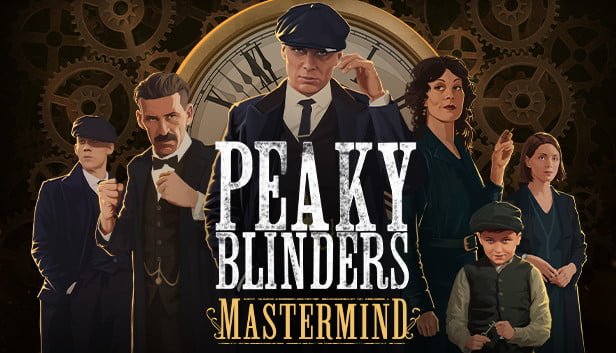 An adaptation that confusingly introduces stealth and strategy, Peaky Blinders: Mastermind is an interesting take on the powerful drama TV series.

Based on the hit TV series Peaky Blinders, a run which currently has five seasons comprised of 30 episodes of the gritty and violent 1919 Birmingham rife with crime, Peaky Blinders: Mastermind attempts to translate the exploits of criminal gang The Shelby Family into an authentic video game experience. The charismatic charm of series lead Tommy Shelby, brilliantly portrayed by Cillian Murphy, as well as that of the rest of the supporting cast should theoretically lend itself well to a video game adaptation, however the first stumbling block is the lack of spoken dialogue. Mastermind instead opts for a text based dialogue system that immediately eliminates one of the TV series strongest assets. Presented in the form of a Stealth/Strategy experience, Peaky Blinders: Mastermind struggles to find a faithful balance with the source material as the core gameplay mechanics couldn’t feel more foreign.

While a number of the characters from the series are playable including Tommy, Arthur, John, Ada, Polly and Finn, the lack of voice overs unfortunately restrict their on-screen personalities to be conveyed by text. This simply fails to provide a connection with fans but also prevents newcomers from establishing any attachment to the characters or their motivations. Cinematics have been replaced by static images though they are admittedly stylish and striking, almost resemblant of paintings. 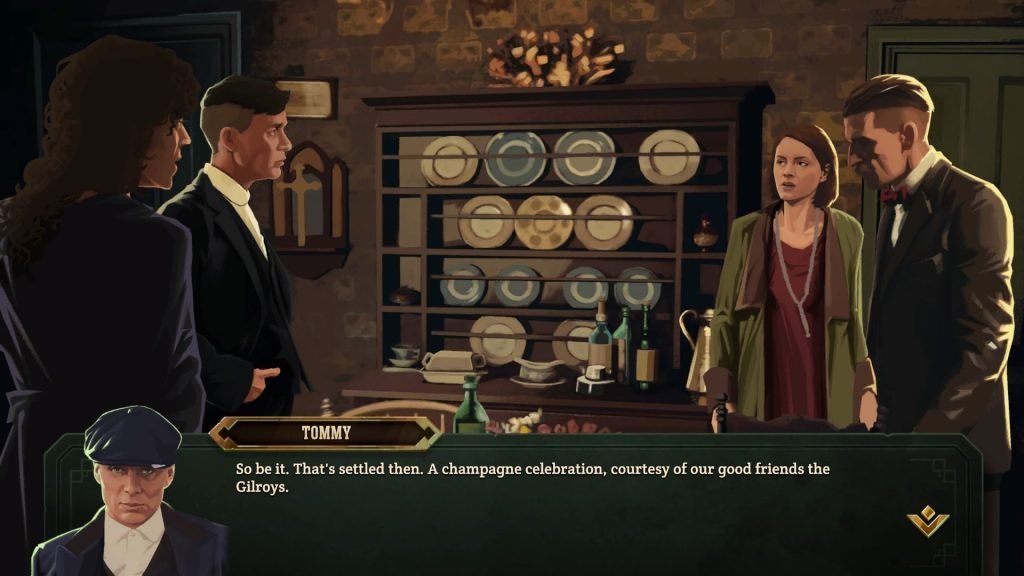 The gameplay itself is actually quite innovative and interesting, despite the disconnect with the source material. The player has full control over the movement of whichever combination of characters are available for each of the 10 missions. Some situations require one or two characters to activate a lever, opening a door for a third character to move through for example. Only one character can be controlled at a time however and this is where the most interesting gameplay mechanic comes in. Manipulation of time, known in-game as the “Soldier’s Minute”. By setting a character in place to perform an act, the player can then rewind time, switch to another character with the D-Pad and align their actions with that of the other character who is now automatically recreating the actions made my the player prior to the rewind.

It sounds complicated but it is actually very simple, largely due to excellent tutorials in the early missions. Some missions may have four or five different characters to use and as each are required for progression to be made through the mission, understanding of these mechanics are essential. Outside of the time play, the actual gameplay is safe and unexciting. Fetching items, finding keys to use on doors, holding doors, pulling levers, rinse and repeat. It’s a shame the gameplay is not as inspiring as the excellent use of time. 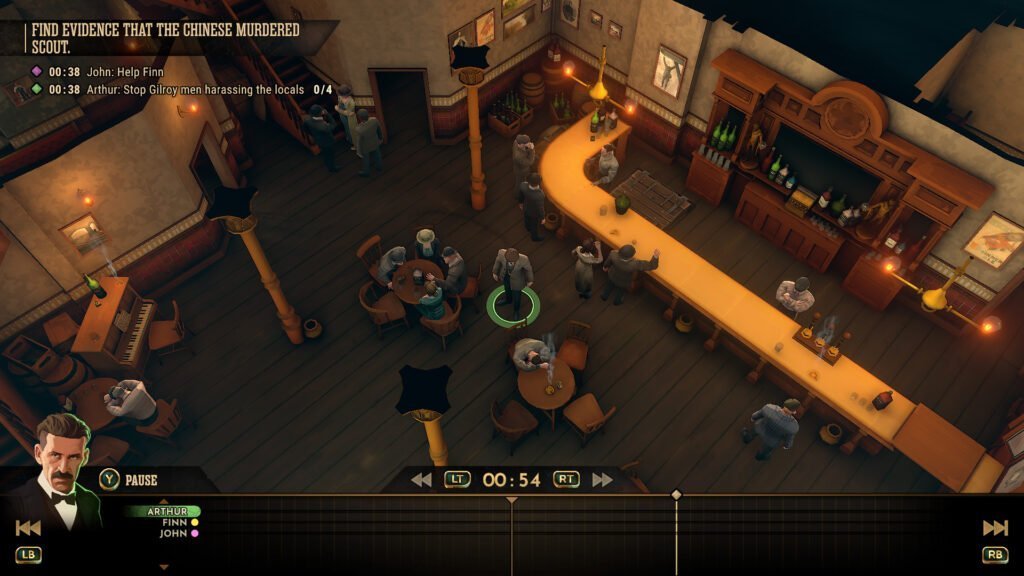 The concept is to navigate each character through a series of light puzzles without being detected. If a player is detected they simply need to rewind to moments before and avoid it the next time around. Enemies have vision cones that are visually represented in orange within their field of view. Avoiding these is a must for all characters with the exception of Ada and Polly, these two women are able to pass through them without issue. 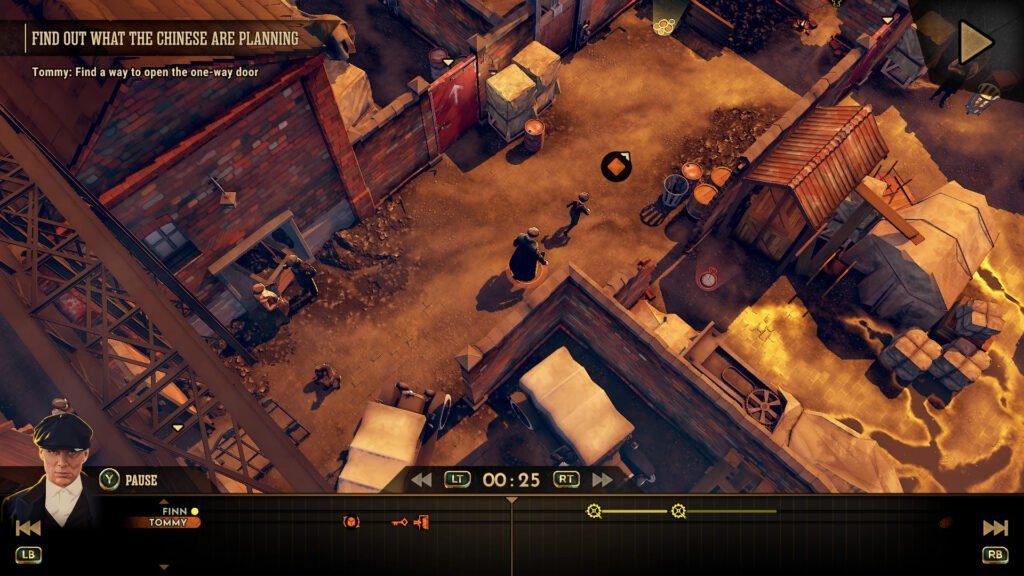 There’s no combat as such, though Arthur and John have the Brawl skill which sees them fist fight an enemy automatically. Every character has unique skills, for instance Tommy can persuade certain characters, allowing him to take control of them to activate switches or retrieve keys for example while Ada can distract enemies, temporarily reducing their vision cones while Polly can bribe guards to disable them permanently. Familiarity with each characters skills will ease any frustration and coloured circles are associated to specific characters that correlated with their place on the timeline at the bottom centre of the screen which allows players to see which characters are doing what at a specific point in time. 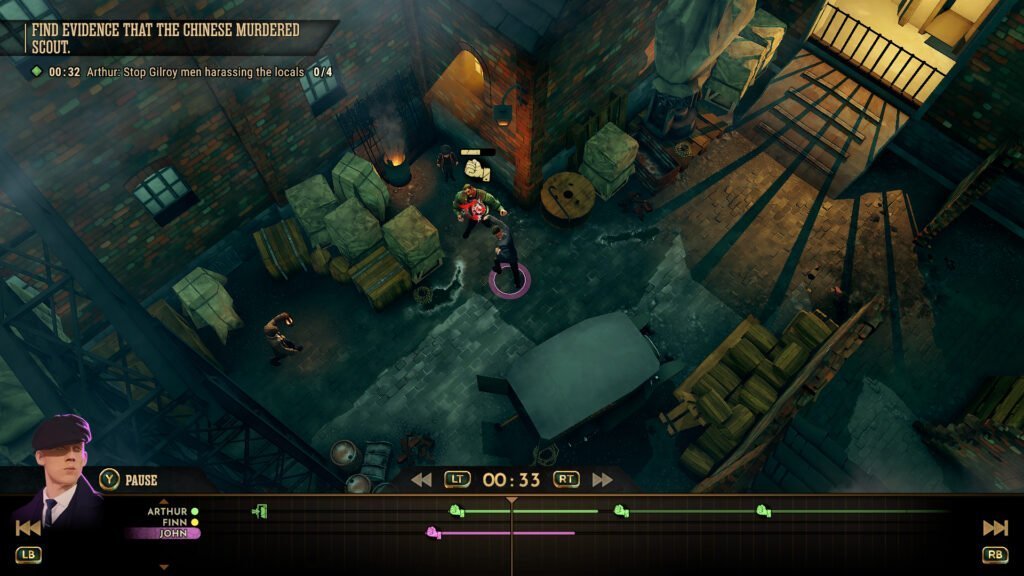 Missions are timed and utilise a Gold, Silver and Bronze rating system. Littered throughout each mission are collectible pocket watches that serve no purpose outside of completionists seeking Achievements or Trophies and missions can be replayed from the main menu at any time. 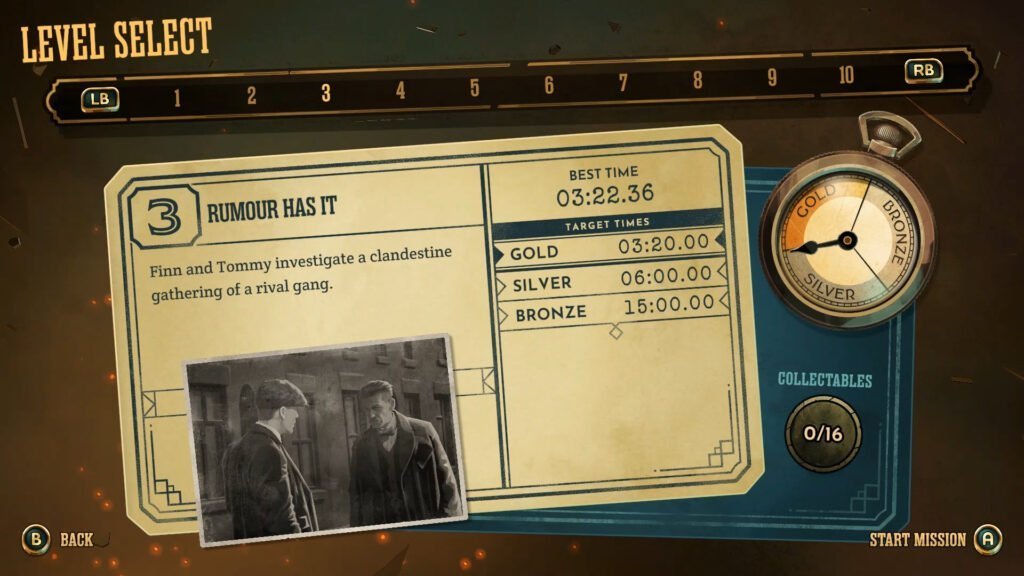 The art design is stylish and the score appropriately reflects the dark, grungy tone of both the TV series and the game itself. The presentation is consistent and outside of the Soldiers Minute time mechanics, it stands out more than the gameplay itself. Explicit language populates the text boxes though this is as violent as the game gets with the exception of very few instances of slightly graphic imagery.

A relatively short 4-5 hours of gameplay is all on that’s on offer and considering the lack of meaningful gameplay this is the perfect length. There’s simply not enough to do to justify a longer play time. While the innovate time gameplay is interesting and engaging, the core mechanics become repetitive very early and lack a sense of fulfilment. It was always going to be a tall order to translate source material as excellent as the TV series but unfortunately Peaky Blinders: Mastermind just doesn’t feel like Peaky Blinders. This title, without the Peak Blinders logo, would stand on its own just fine. It feels as though the weight of the source material brings the overall experience down by failing to establish meaningful ties. This one will likely appeal to fans of the Stealth and Puzzle genres as it is quite enjoyable but may alienate fans of the series expecting more from the world they know.

– Lack of connection with source material

Kaze and the Wild Masks Review