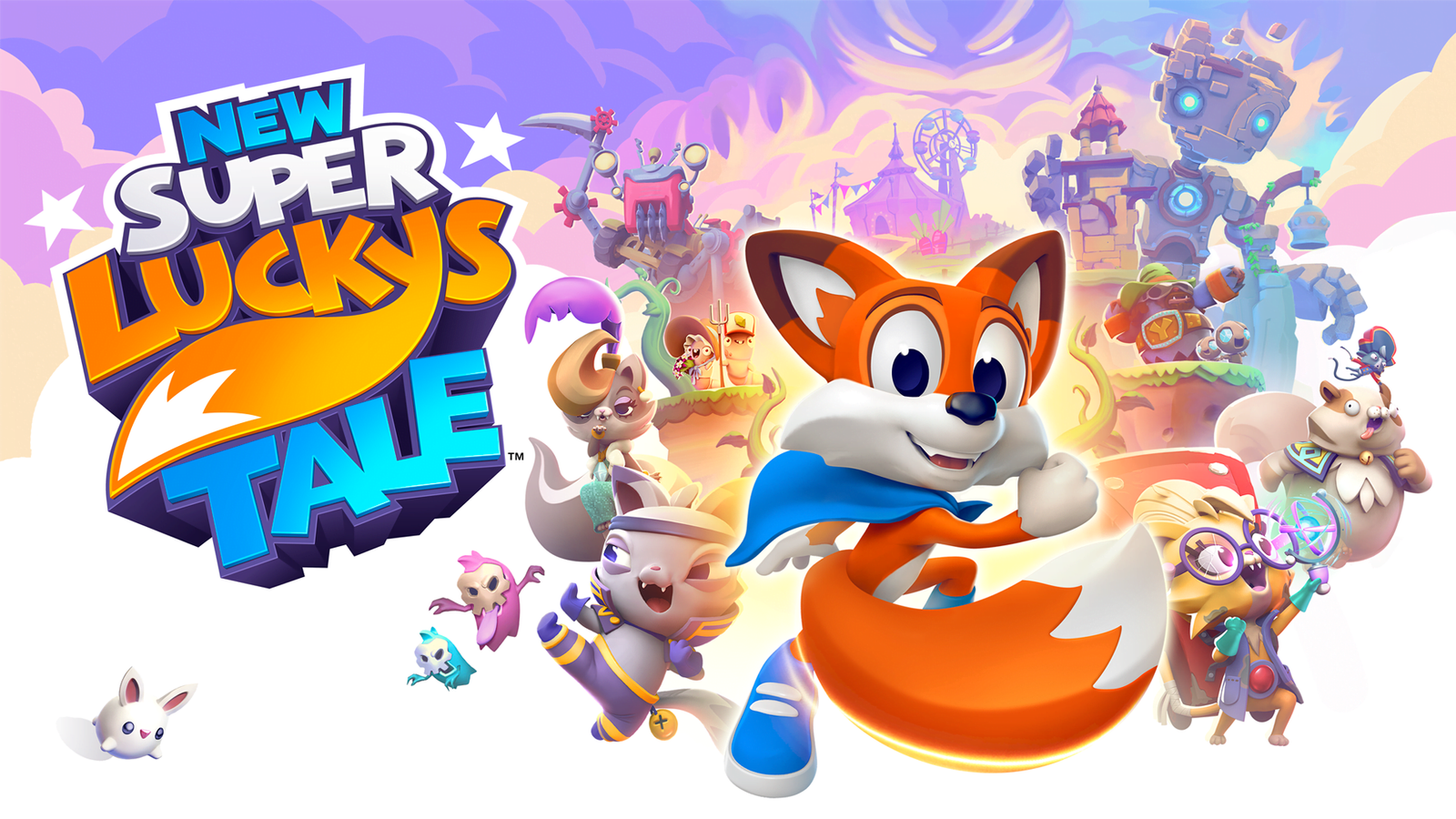 It’s been 3 years since Super Lucky’s Tale originally launched on Xbox One, a 3D platformer starring a super cute fox named Lucky, capturing the marvel and wonder of what has made players across generations fall in love with the platforming genre. Presenting a variety of platforming challenges, light puzzle solving, lots of collectibles to discover, Super Lucky’s Tale was a modern take on a classic formula. New Super Lucky’s Tale is a complete re-imagining of the original, reinventing the experience with a combination of redesigned and brand new levels, major technical improvements including 360 degree camera controls and better movement as well as the cinematics, story, music and more! New Super Lucky’s Tale is a masterpiece of the genre and its super loveable protagonist has the potential to be as iconic as the likes of the legendary Crash Bandicoot and Sonic the Hedgehog.

Lucky Swiftail is unwillingly drawn into an inter-dimensional battle against the evil sorcerer Jinx and his dreaded Kitty Litter. These naughty felines will stop at nothing to keep Lucky from recovering the missing pages of the Book of Ages and returning home to the family he was ripped away from. The story that unfolds is enchanting, introducing Lucky to a wide variety of quirky and interesting characters with imaginative character design. The creatures encountered are playfully charming and unique, ranging from alternate takes on actual animals to wildly weird and wonderful monsters.

The stage design is brilliantly creative and visually stunning, the vibrant colours ooze charm and joy across 6 distinctly different worlds. Within each of the differently themed worlds there are a handful of individual stages to complete. Each stage provides 4 primary objectives; complete the stage, find 300 coins, find a hidden page and find all 5 letters that spell “LUCKY”. For each objective complete, a clover is unlocked and within each world a boss gate is locked by a certain number of clovers. When enough have been unlocked, the portal to the boss battle will open and Lucky will need to defeat them to transport to another world. The boss battles are a lot of fun and not as simple as just hitting the boss X amount of times until their health bar depletes. They each have different attack patterns and windows of opportunity for Lucky to attack. These battles are thoughtfully assembled and refrain from being overly challenging. The core gameplay has Lucky jumping from platforms, burrowing underground, sliding and tail-swiping any enemies in his path. These mechanics all work smoothly and feel fun and accessible enough to satisfy players of all ages. The simplistic controls allow the player to focus on the task at hand, whether that’s collecting coins to spend on a variety of cool new costumes from Geovanni’s stall in the hub worlds, exploring to find all of the collectibles or simply absorbing the stunning environment. The stages are typically three dimensional and relatively explorable although there a handful of classic 2D side-scrolling stages that are a nostalgic blast to play through. This variety allows the very best of the platforming genre to shine and for New Super Lucky’s Tale to showcase its excellence in this field. Upon completion of the main story, the different worlds remain fully revisit-able at any time from the main menu, offering plenty of replayability for completionists looking to unlock everything on offer. The post-game content comes in the form of the Guardian Trials in the sixth explorable world. The Guardian Trials was a DLC expansion in the original title but it too has been revamped to be even more enjoyable and satisfying. Another DLC from the original was Gilly Island and it too has been included as one of the five worlds that comprise the main story. New Super Lucky’s Tale truly encompasses all of the content from the original and expands upon it meaningfully enough to justify a return to Lucky’s adventure. 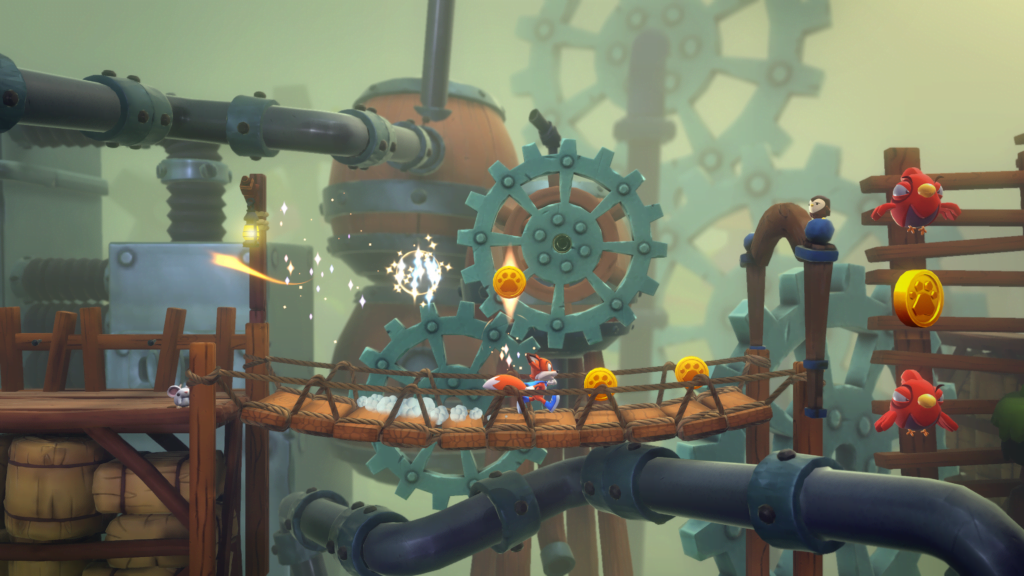 The sound design is as playful as it could be. Enchanting and melodic themes accompanied by fun sound effects that suit the charm of the overall presentation perfectly. From the satisfying chime of collecting a coin to the swish of Lucky’s tail swiping an enemy, it’s as creative as the gorgeous visuals that it intertwines with. 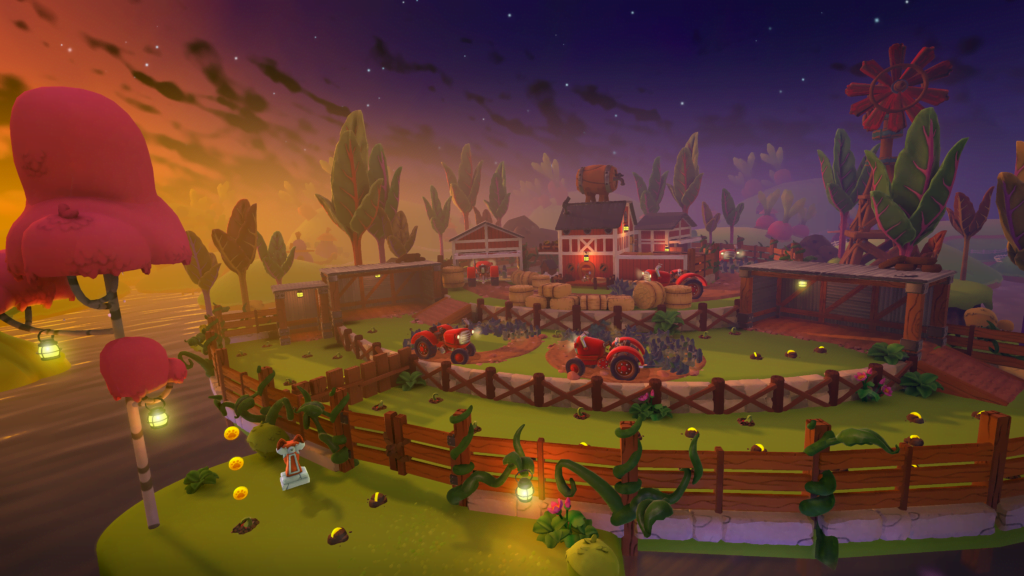 New Super Lucky’s Tale is a modern take on a classic platforming adventure, wonderfully improving on every aspect of the original. The gorgeous visuals, enchanting music, playful character models and engaging and accessible controls are a complete joy. The entire presentation encompasses fun and charm to players of all ages. This magical experience is a benchmark achievement in a modern platforming title, embracing concepts that have been loved by many for years while putting a unique spin on it at the same time. Playful Studios have delivered a flawless experience for children and adults alike. The adorable Lucky has never been better and I for one can’t wait to see what other adventures may be in store for this loveable fox.