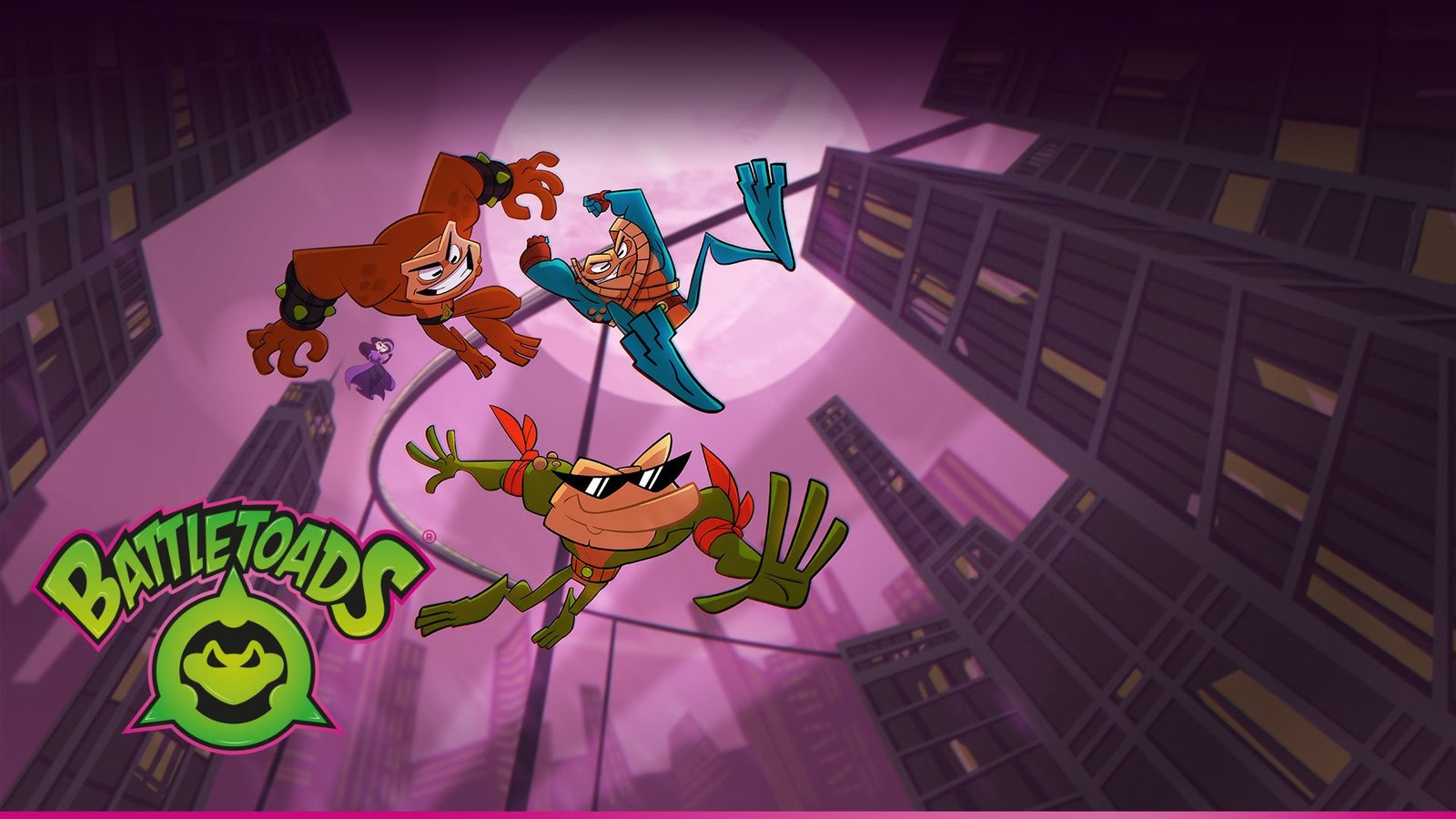 After a 26 year hiatus which serves as the butt of countless and mostly entertaining jokes throughout, the Battletoads… are… back!

Introducing several new elements to the retro classic formula, 2020’s Battletoads incorporates different elements spanning multiple genres to ultimately provide a very different Battletoads experience that leans a little too hard on nostalgia instead of original ideas. The overall experience is pretty fun though it’s clunky gameplay and overly long missions often crush any pace and momentum that has been established.
The return of the three fame-seeking toads unfolds as Pimple, Zits and Rash learn that their intergalactic heroics and fanfare all took place in a bunker for the last 26 years. Emerging unknown instead of what they expected to be a raucous global homecoming, the toads humorously try to live a normal life and ordinary jobs. This entertaining subplot is short lived however and the toads quickly realise that they need to get back to what they do best and become famous in the process. The premise is silly but after the insanely long period of time since they were last in playable action it does serve as a satisfying opening. The Dark Queen, who fans would recognise as the antagonist from earlier titles, has her own tale for the past 26 years that acts as the catalyst for the Battletoads’ newest adventure. 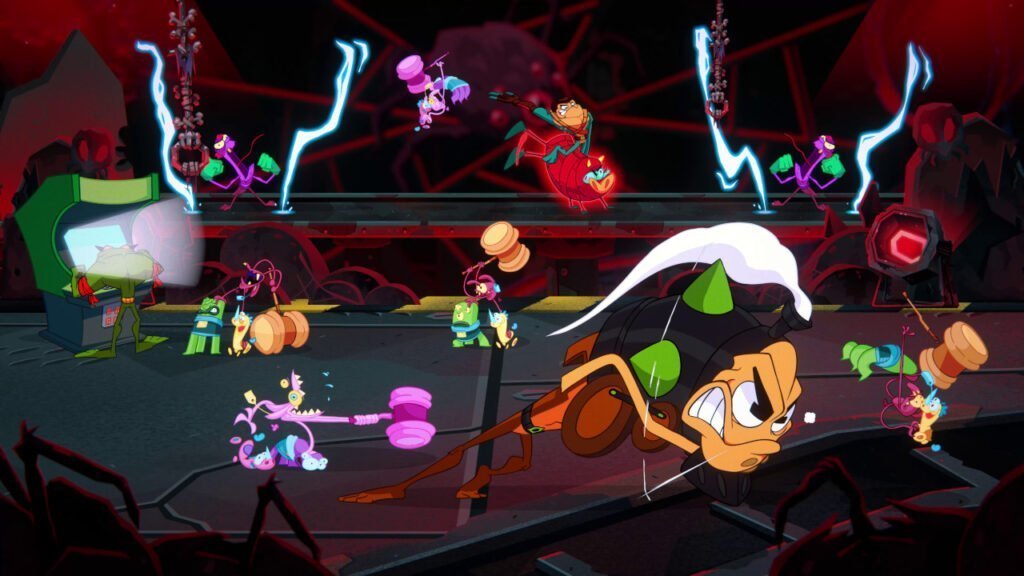 The primary focus of the gameplay is on the 2D side-scrolling beat ‘em up and features some satisfying combat that mostly succeeds, falling short only due to some slow and sluggish movement and clunky controls. The combat itself is satisfying, with each of the three toads packing their own unique moves and skills to bash their way through the countless hordes that swarm the screen. Switching between the toads is as simple as pressing a direction on the D-Pad, with each toad having their switch prompt beneath their name if playing solo but up to 3 local players can play cooperatively. For some odd reason online has been left out of this title in any capacity, resulting in the offering of a co-op experience that can only really be enjoyed by a family. 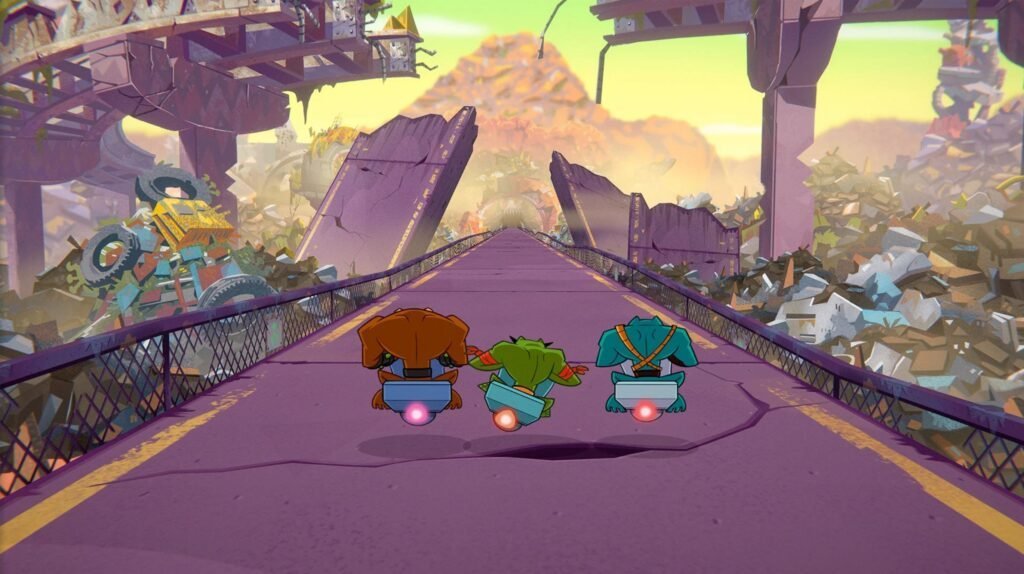 As for the toads contributions to the group, Pimple is the powerful but slow juggernaut while Zits brings the agility and Rash sits in between as an all-rounder. It is highly recommended to alternate between each character to prevent the combat feeling too repetitive or monotonous as it does by playing with a single toad. If a toad sustains too much damage they are downed temporarily and can only be used again after a brief respawn timer. Flies are dropped by defeated enemies that can satisfyingly be tongue-lashed into the playable toads gob replenishing a generous amount of health. The animation and accompanying sound effect are oddly satisfying and I found myself consuming more flies than necessary due to this amusement. Collectibles are also obtained by a swift dash of the tongue and are found in every stage of the game. 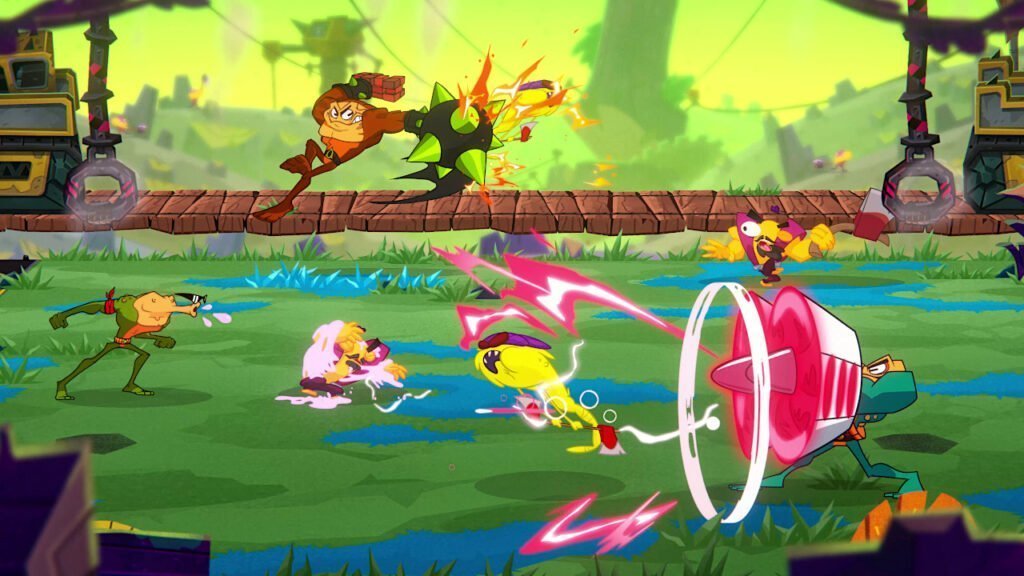 Each stage is scored based on overall combat performance, each encounter of which is individually scored, collectibles found and time taken. This lends to replayability for those interested in beating their own scores but as with the co-op, there is no online leaderboards to see where the player stacks up against friends and other players across the globe. This would have added a little more meaning to a players score, instead it is reduced to a function of self satisfaction or Achievements only. 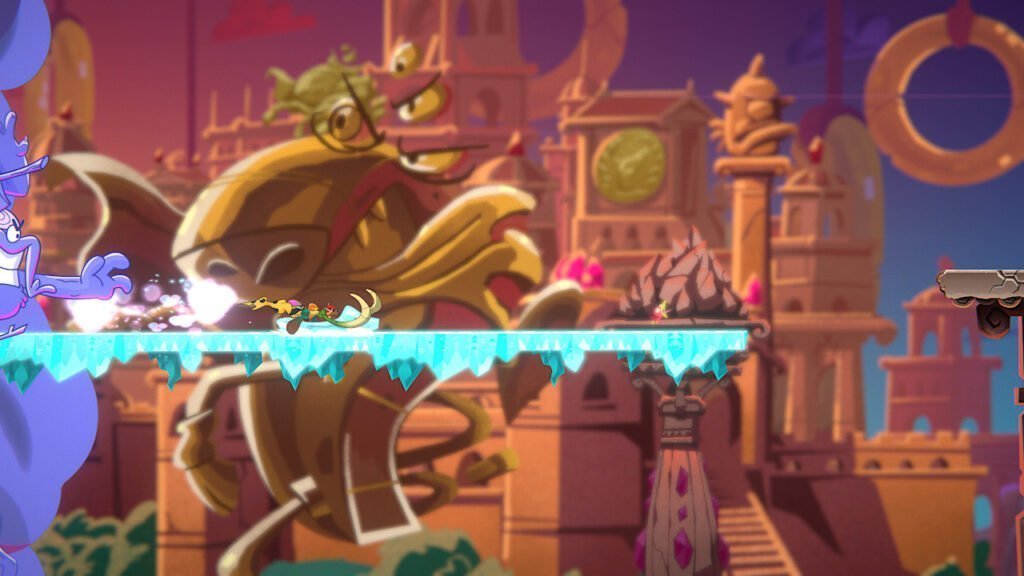 A kickass rock soundtrack injects a headbanging dose of fun into the enjoyable gameplay that stretches beyond the traditional beat ‘em up the toads are associated with. Packed with an assortment of other genre sequences including platforming that works suspiciously well, some hacking puzzles that really fit and kill any pace immediately, some classic turbo bike sequences and ship shooting stages that play suitably like a retro arcade title. As with the typical beat ‘em up stages, these sequences are all unnecessarily long and lose the engagement fairly early through repetition and tedium. 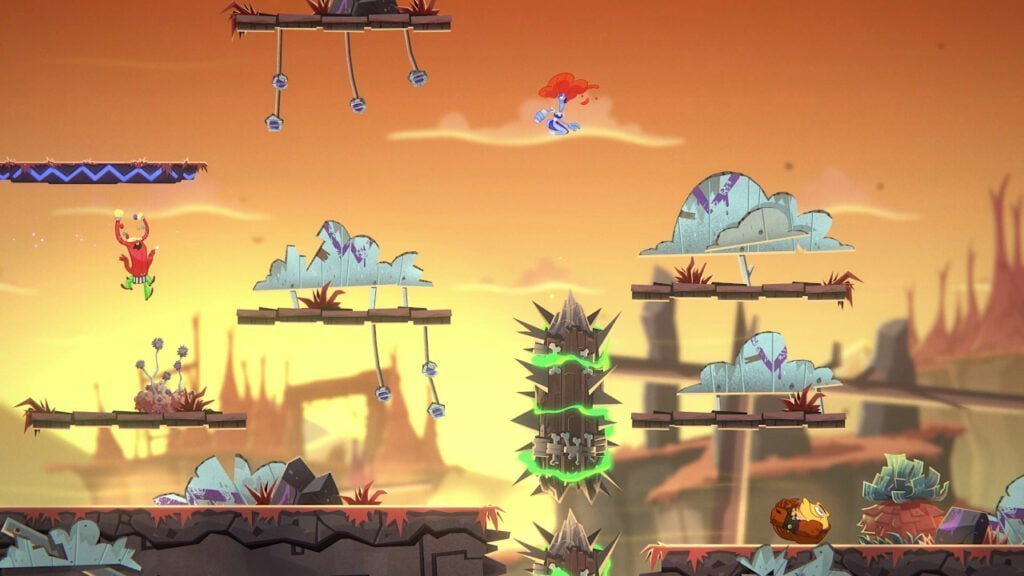 The environmental design is cool and varied and the animation of the cinematics give off an old school Saturday morning cartoon vibe that works really well. The soundtrack keeps the action feeling a little more exciting than it is and serves as the only real gauge of pace when the tedium of the overly long gameplay sequences settle in. The overall presentation is satisfying and feels both retro and modern at the same time, tugging on the nostalgia of fans of the toads and the retro experiences of yesteryear. 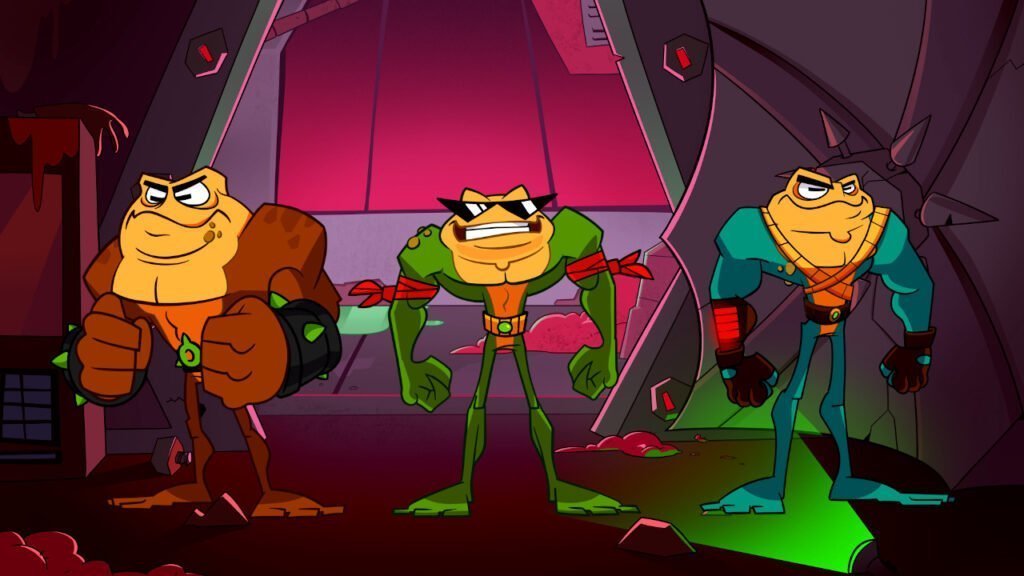 Battletoads bring nostalgia, self-aware humour and a silly distraction to a year packed with sequels to fan favourite franchises. While the jokes fail to land more often than not there is plenty of fun and entertainment to be had throughout the roughly 6 hour experience on the easier difficulties though the Battletoad difficulty will test players skill on a much more significant level. Newcomers and franchise fans will find enjoyment here, particularly if they have some friends or family to play through it with in local co-op. The lack of any online functionality is a missed opportunity to bring people back to enjoy the long awaited return of the toads.

+ Gameplay is fun and varied

+ Retro cartoon vibe of the cinematics

– Repetition and tedium set in too often