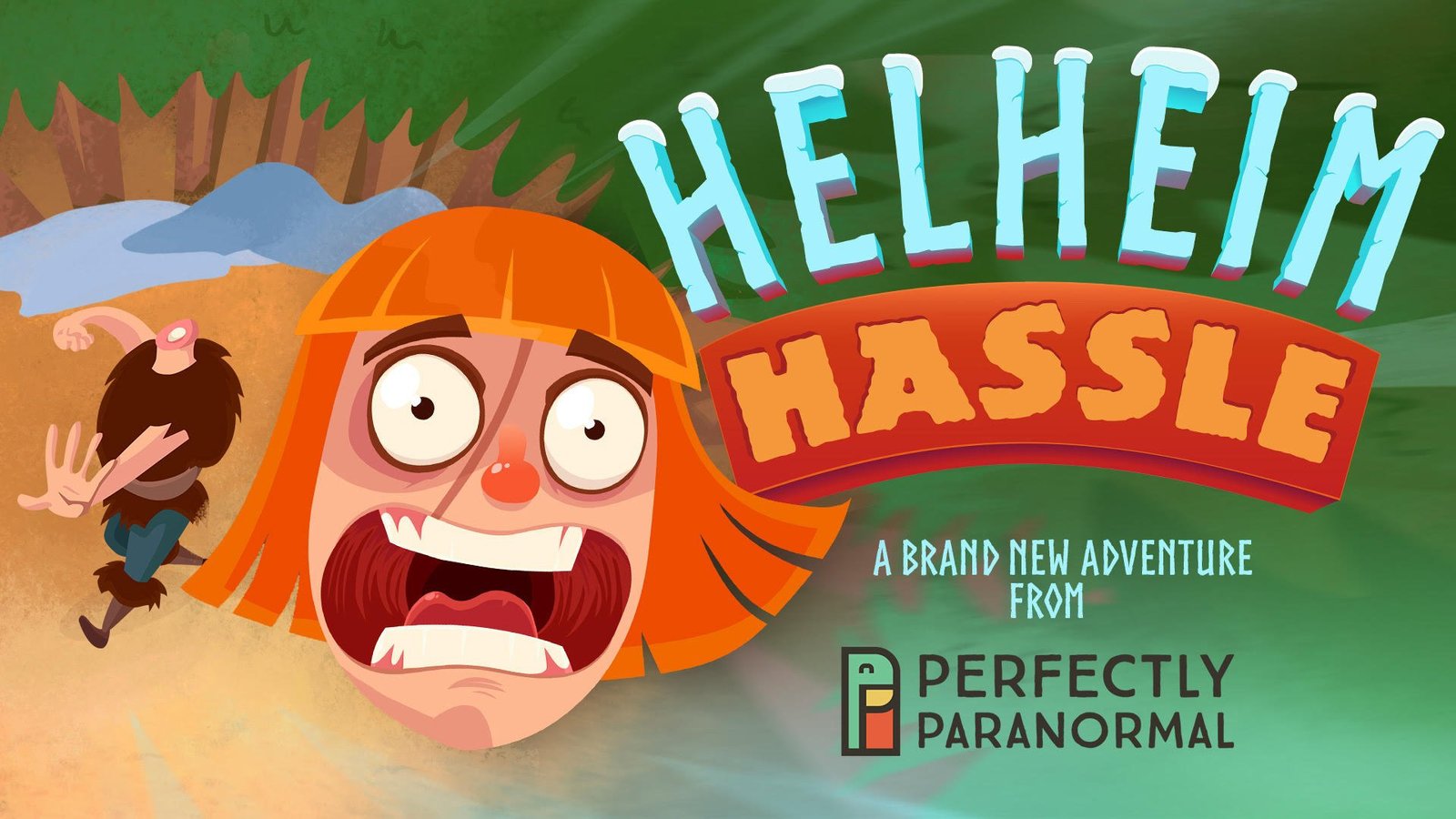 Bjørn Hammerparty is not like the rest of his Viking brethren. While every single one of his people dream of nothing more than a brutal death by any means necessary in order to enter the legendary Valhalla, this pacifist teenager wants to live. Helheim Hassle opens with an attack on their village with Bjørn watching on as countless Vikings run towards certain death, screaming how mercilessly they wish to be slaughtered. Turning his back on the prospect of Valhalla, Bjørn runs in the opposite direction. An entertaining, joke and puzzle filled adventure follows. Follows what? His death.

In his escape from the attack on his village, Bjørn meets his end in a silly but amusing fashion and is greeted and welcomed to Valhalla by the Allfather himself, Odin. Fast forward to recent times. How recent? Helheim Hassle takes place “Last Tuesday” to be exact, the same “Last Tuesday” as Perfectly Paranormal’s previous title Manual Samuel. The events of this particular Tuesday naturally cross-over, a pleasant surprise to fans of Manual Samuel in this apparent shared universe. 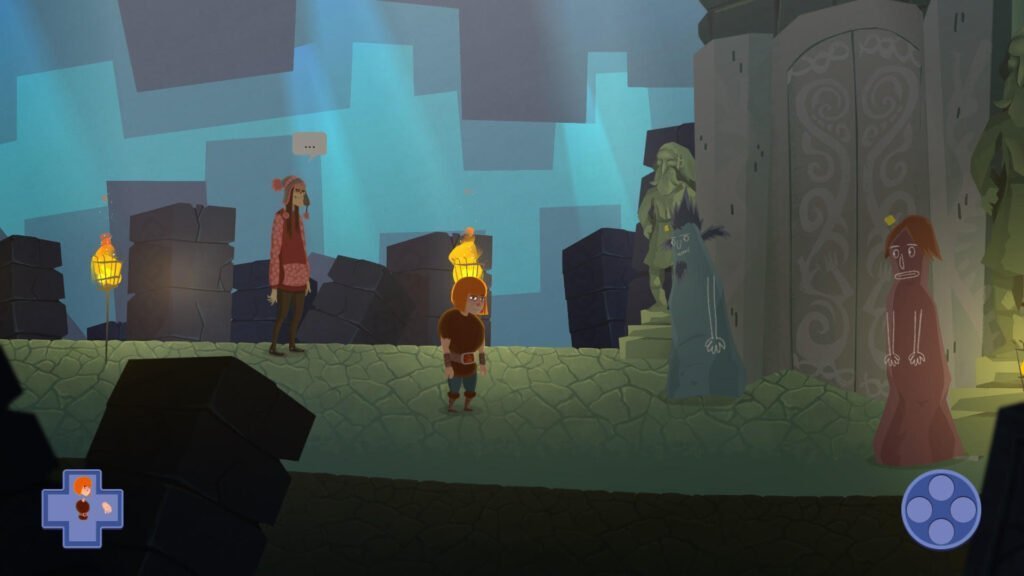 Bjørn is selfishly resurrected by Pestilence, one of the four horseman of the apocalypse that prefers to be called Pesto. She finds herself unable to open a gateway to Helheim, the hell equivalent to Valhalla’s heaven, that is riddled in Norse scripture. Happening to notice the remains of what she assumes is a Viking, she pulls a shred of life from her pocket and tosses it at the skeletal remains. As becomes common practice in Helheim Hassle, the resurrection does not work quite according to plan. Bjørn is now immortal and able to survive without his limbs attached to his body. He is also able to control each of these limbs independently and will be required to do so extensively in order to solve dozens of increasingly difficult puzzles and platforming challenges. 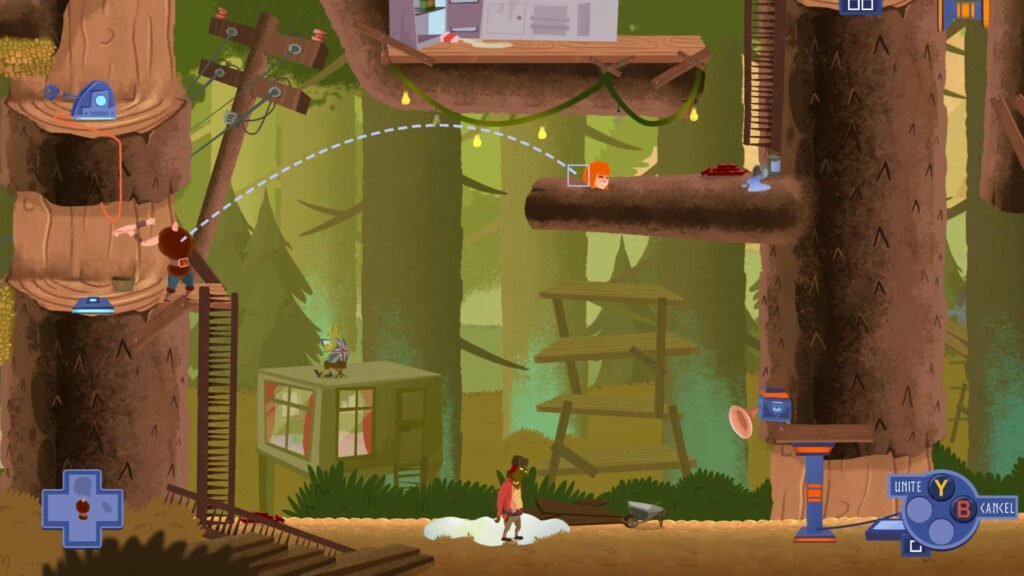 Each limb is able to be detached at will and controlled separately. Bjørn’s head, torso, both arms and legs can behave in a variety of ways dependent on which other limbs are connected to it. An arm and a leg can be connected for instance that provides great jump height as well as the ability to grip ladders or climbable surfaces. Limbs can be thrown to reach greater heights and then switched to in order to activate a lever or a pressure plate. There are some fun combinations to experiment with and the puzzle variety is certainly going to demand extensive experimentation.

From about the half way point through the story the difficulty starts to ramp up for each and every puzzle. Frustration, trial and error will ensue before success, only to find another puzzle immediately more often than not. Chase sequences that require pretty tight timing of puzzle solving will certainly frustrate but luckily these are few and far between. 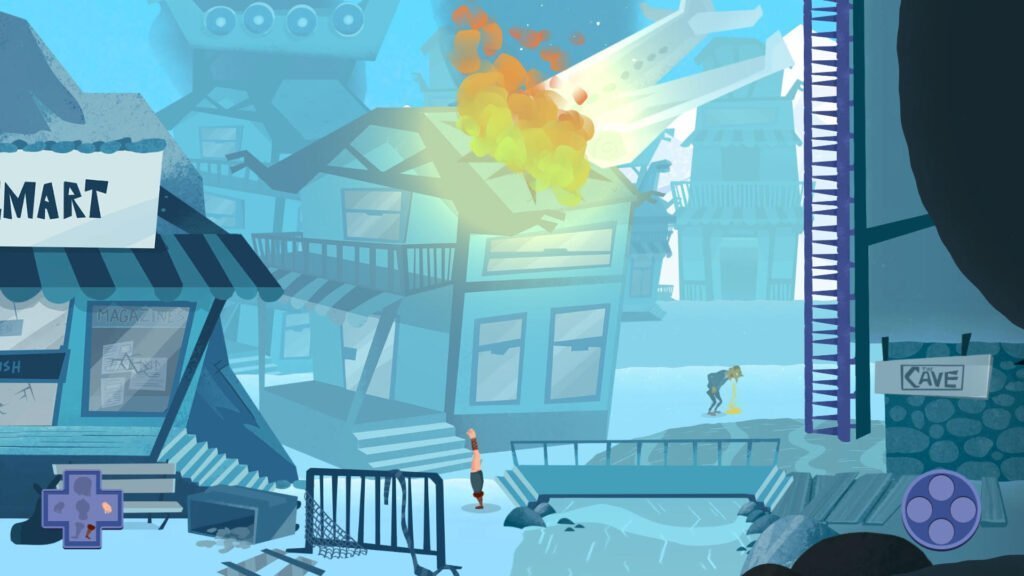 It is easy to redirect control to detached limbs by utilising the bumpers or the right stick as a radial wheel. These mechanics are simple but make no mistake the puzzles are not. Outside of the limb mechanics, fast travel for the rarely required backtracking and interaction with the environment and other characters is the extent of actual gameplay. Different characters accompany Bjørn and Pesto on their journey and are consistent talkers either trading banter or one sided monologues. Most of the dialogue from the supporting characters is witty and amusing. Pesto however annoyingly replaces the word “hell” with “home” an excessive amount of times, reducing an amusing throwaway line in the first instance to a frustratingly recurring theme throughout what feels like every single cutscene. “Have to get the home outta here” and “what the home” for example. It overstays it’s welcome very early, unfortunate given the amount of times it seems to be said.

It’s also worth mentioning that subtitles are toggled on by default, turning them off in the menu is a rewarding experience. This random interaction perfectly sets the tone for the experience that follows. 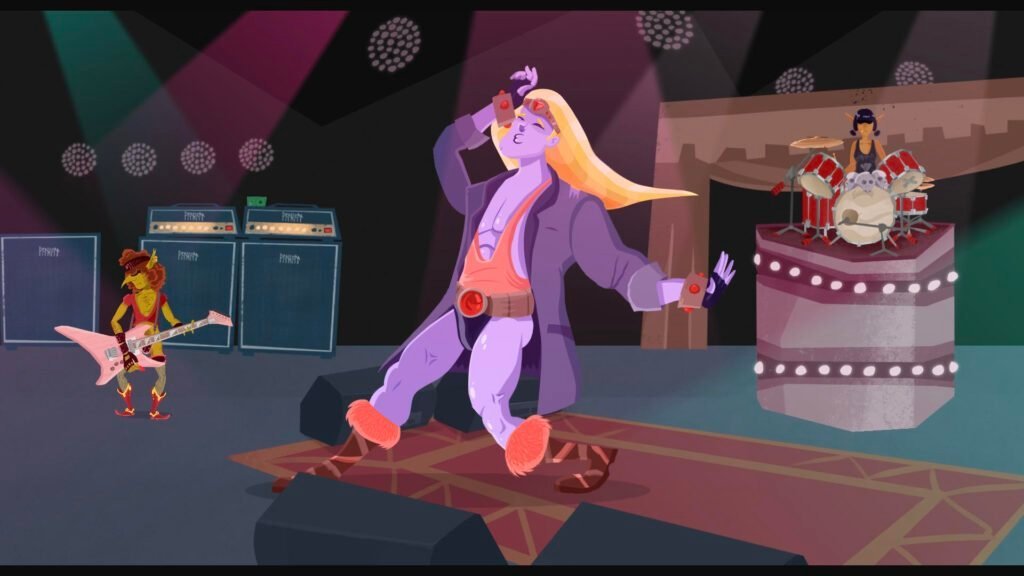 The art design is unique and fits within the Manual Samuel world perfectly. Weird and wacky in the most wonderful of ways, especially the character design of the various goblins, trolls and other fantastical creatures. The music works well within the tone of the experience, feeling appropriately silly when necessary and provides the elevator music equivalent for its puzzles. 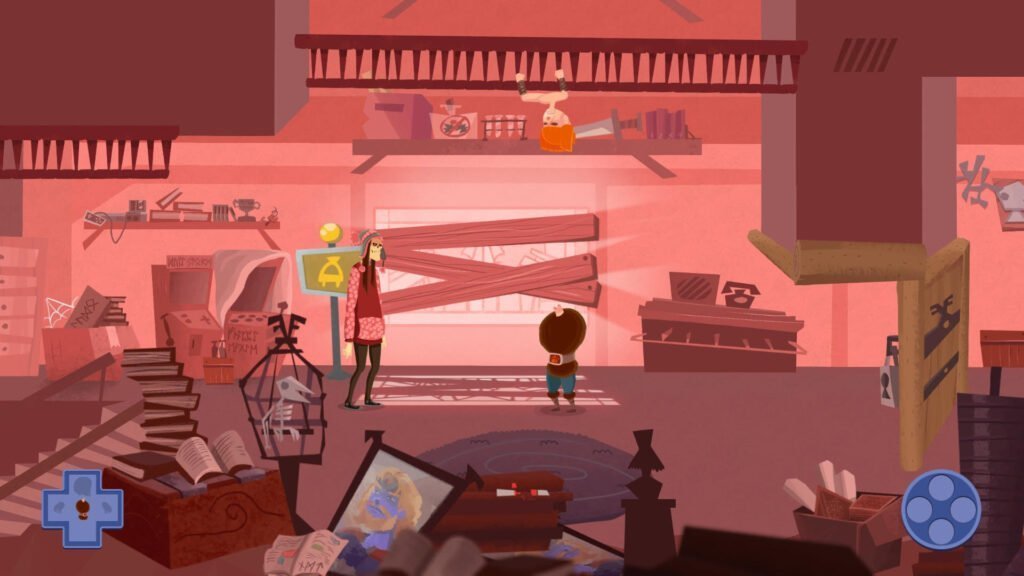 Helheim Hassle offers an interesting concept that works well, a bunch of laughs, some excellent character design and frustrating puzzle platforming. Persisting through is worth the effort and the story wraps up fairly well and effectively establishes a Perfectly Paranormal universe players of Manual Samuel may have never knew they wanted. There’s plenty of room for more wacky mischief in the company of the four horseman of the apocalypse and their unwilling cohorts.

– Puzzles can and will frustrate