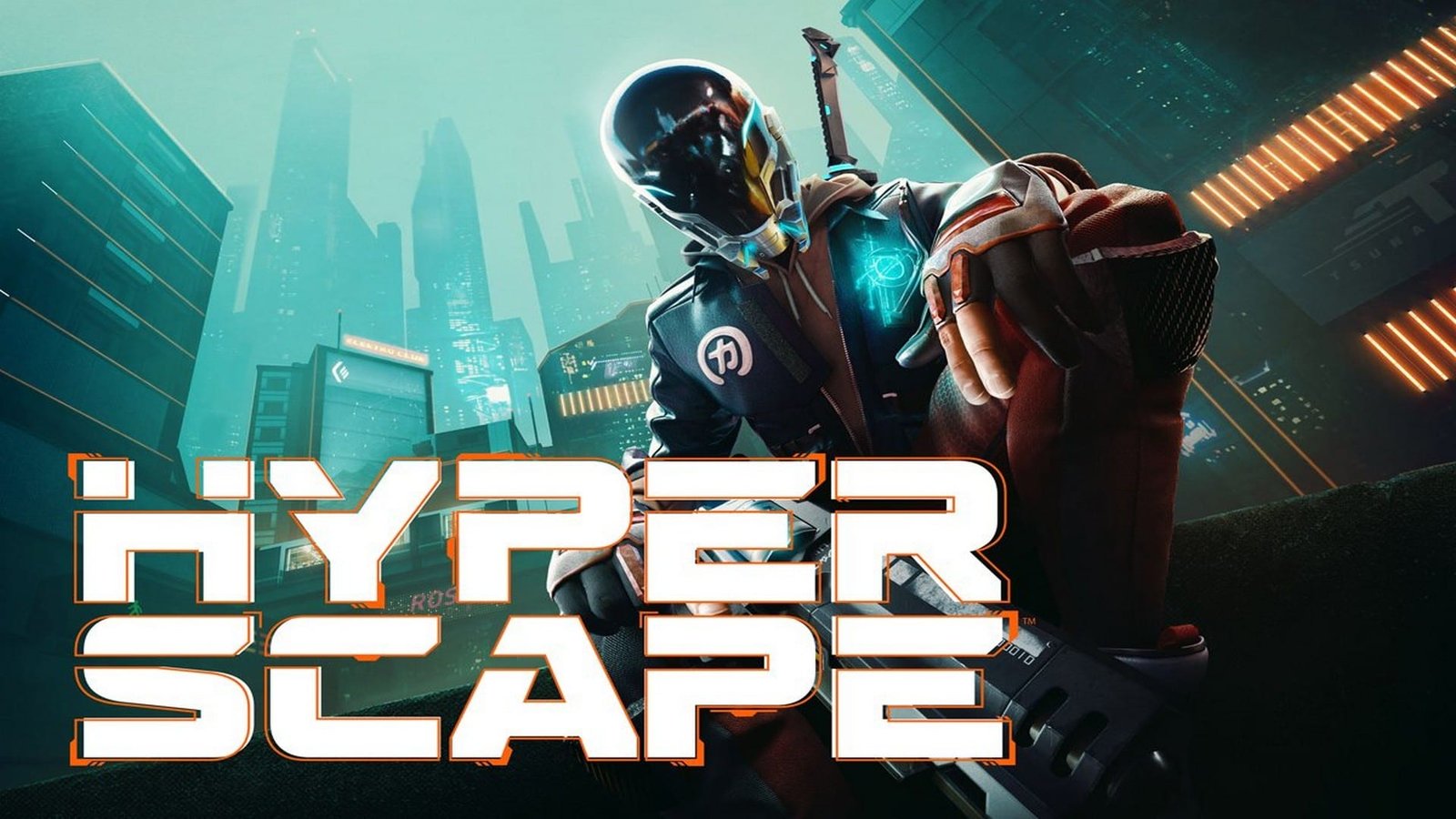 Yet another free-to-play Battle Royale title enters the arena but does this futuristic Contender get it right?

The Battle Royale genre seems to have no end in sight. The popular last man standing game mode has been adapted by countless developers now to compete against the heaviest of hitters such as Fortnite and Apex Legends. Ubisoft have entered this arena with Hyper Scape, a free-to-play, fast paced and futuristic take on the genre. The only way to win is to be the last man standing in a war against up to 99 other players in either Solo or Squads, or alternatively, to capture a crown in the final Sector. With fun and crazy rechargeable abilities called Hacks and a diverse assortment of weapons to get the job done, Hyper Scape certainly feels different for better or worse.

The player has the choice of one of eight pretty generic avatars, though they can change between them for no particular reason outside of cosmetic gratification. Every player that enters the arena is referred to as a Contender and up to 100 total Contenders comprise the match, not unlike other entries in the genre. Contenders drop into the decently sized map via a pod that bursts open and thrusts the player into a rapid free fall ahead of landing. No matter where on the map the landing takes place, each Sector feels generically similar. Some of the architecture is stunning aesthetically but the interiors don’t feel different enough to particularly stand out or distinguish themselves from others. The visual presentation of Hyper Scape is a very clean, Uber-modern approach that removes the distinction of finer gritty details that may help represent the state this world is in. It’s too clean and too polished, almost as though it is uninhabited. 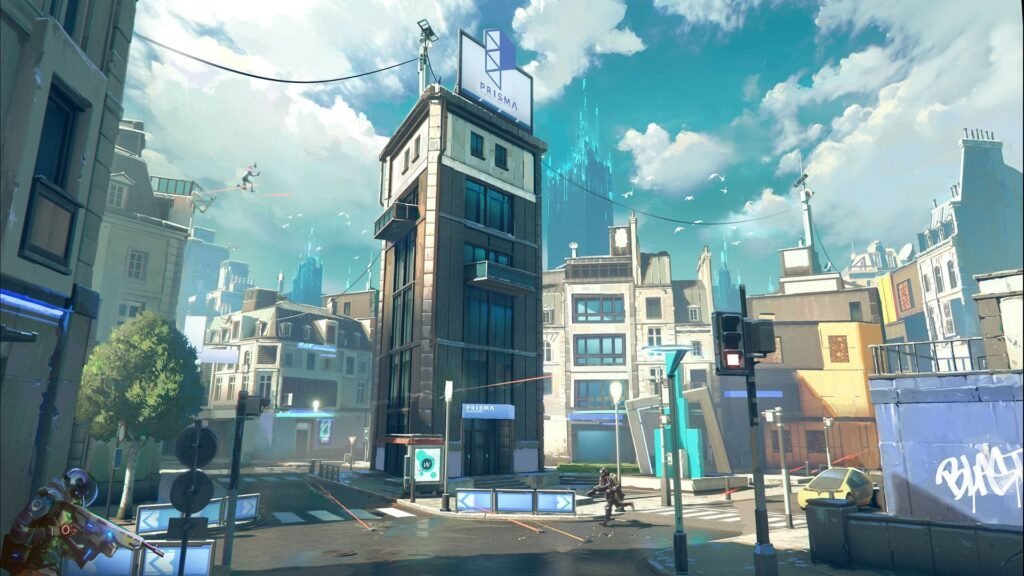 Upon landing, outside of surviving as long as possible amongst the chaotic frenzy of such a large number of enemies in a constantly shrinking map, it’s time to loot. There are an array of unique weapons such as shotguns, chain guns, various pistols, rocket and grenade launchers to name a few. By adopting a more futuristic style the weapons are able to be a little more creative stylistically. They all look cool and there are more than enough to experiment with, carrying two at any one time and picking up new ones as they are discovered via exploration or defeating rival Contenders.

The second and perhaps most unique asset to the combat is the inclusion of abilities referred to as Hacks. These can provide either offensive, defensive or movement enhancing capabilities such as a deplorable wall to hide behind, homing mines, temporary invisibility, teleportation, momentary invulnerability and shock wave pulse to name just a few. One of the more creative, weird and amusing Hacks though is the ability to become encased in a sphere that can take a ridiculous amount of damage before being destroyed. Bouncing on Contenders will deal damage too and the ability to leap extremely high makes it a very useful Hack to escape sticky situations. Two can be equipped and as with weapons they can be replaced at any time. Once used, a Hack requires a brief cool down before it can be used again. 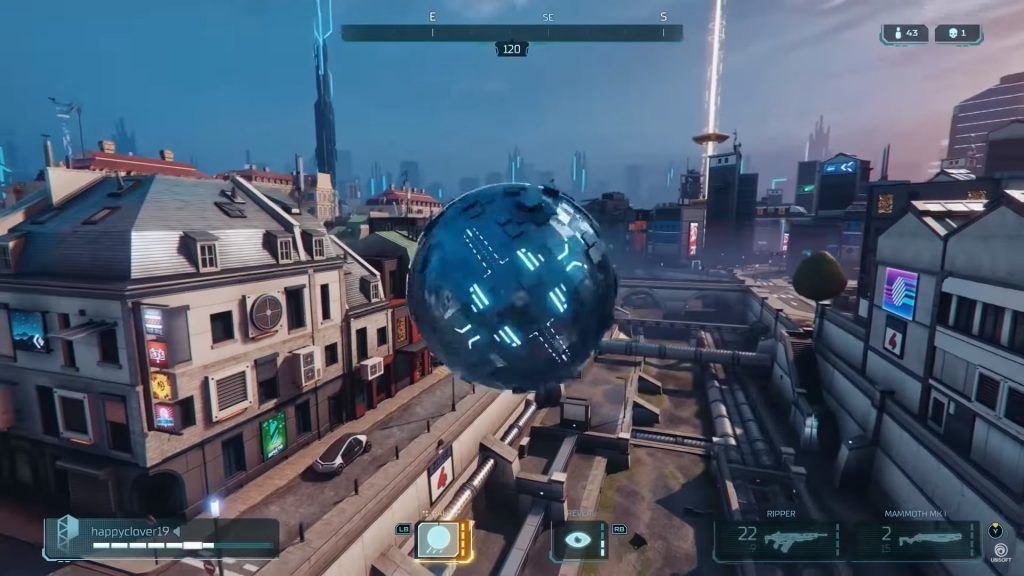 This is both advantageous and dangerous. By not making Hacks single use abilities that need to be constantly scouted, the right build can make players borderline invincible. Coupled with the regenerating health system if the player can find a quiet place to allow it to kick in, it can be extremely frustrating. While it’s enjoyable when using these features yourself, depleting an enemy Contenders health bar to just a sliver and losing line of sight can see your next encounter just moments later have them back to full health. It’s a balancing issue that is sure to infuriate when on the receiving end more than it will satisfy when used first hand.

For both weapons and Hacks, picking up the same one of either will create a fusion that makes it more powerful or it’s effect last longer and the more it is fused, the stronger it becomes. This makes the process of finding repetitive loot regarding instead of a hindrance, rewarding the Contender for their loyalty or favouritism of their load-out with greater power. 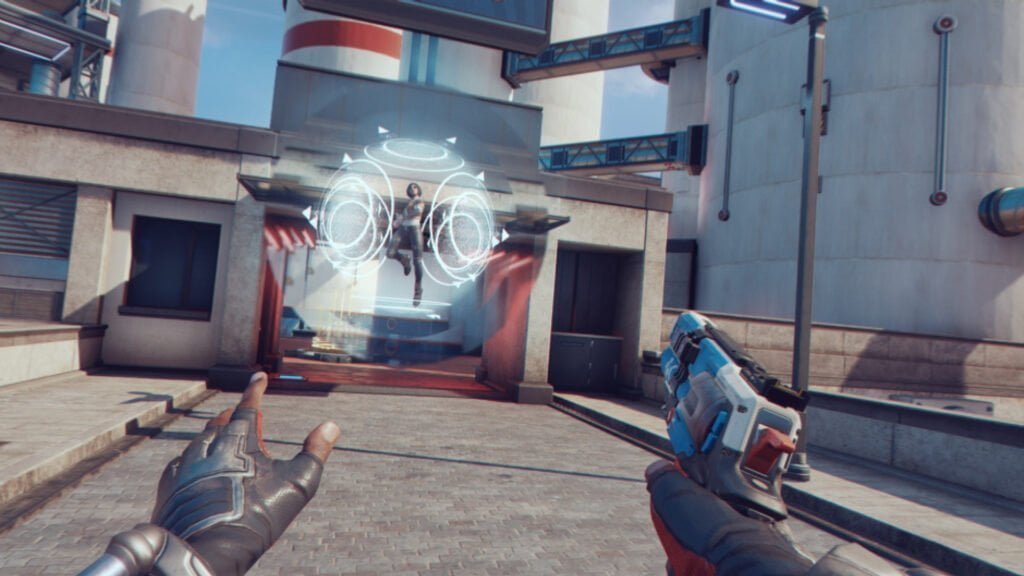 Sprinting, sliding and double jumping across the very vertical environment rounds out the gameplay. The core mechanics at play are technically sound and don’t feel overly ridiculous or slow considering the style that has been set in place. Glowing yellow launch pads catapult the player into the air, very useful in quick escapes or avoiding that fatal shot.

At regular intervals the playable area moves and Contenders too must ensure they are within it before the Sectors collapse. The visualisation of this clever as it shows the environment become covered in dark fragments, appearing like an inaccessible area in Ubisoft’s Assassins Creed franchise where health will deplete until death in Solos or downed in Squads. Being downed while playing Squads is not the end however, as the player is transformed into an Echo. Able to move around the world freely but without the means to inflict damage, Echoes will exist until they are revived or the squad is wiped. When an ally kills an enemy a Restore Point appears in the ground which when activated will initiate a Revive. 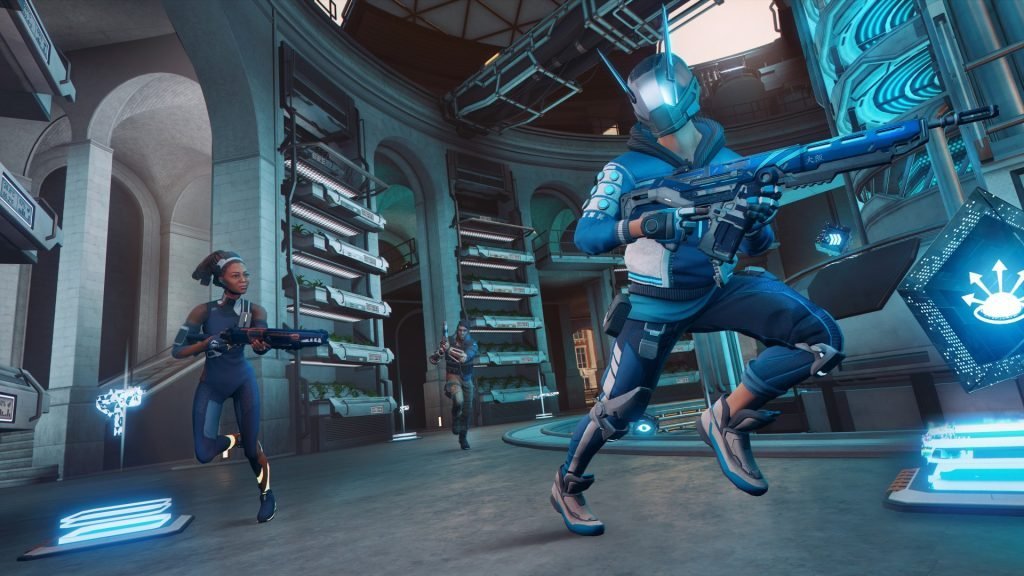 There are dozens of in-game challenges that award players stars, as does the completion of matches and performance in them. These starts contribute to a Tier progression bar, leveling up unlocks access to new weapons, Contender skins, pod skins and more. An optional Battle Pass is also available for those interested in getting the most out of their content which provides significantly more of these rewards.

As mentioned earlier, the visuals are neat and clean but at the cost of a gritty, realistic world that feels lived in. The animations are smooth and the Hacks in particular look great. The sound design is very clean and fitting for the overall presentation. 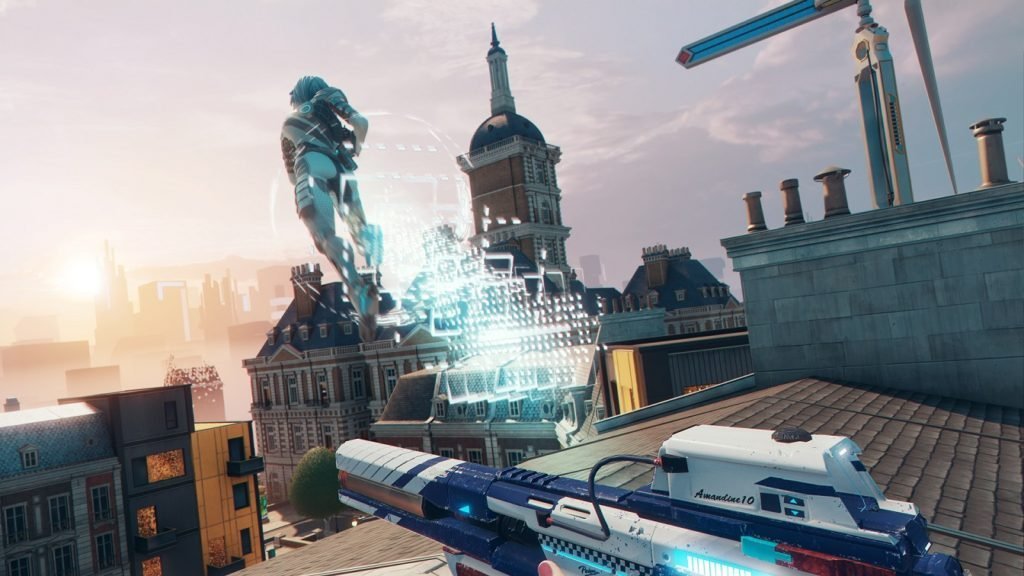 Hyper Scape is certainly unique and for all of the things it gets right it manages to have a counterweight in the form of features such as health regeneration and Hack recharges. While it’s certainly satisfying to have these features personally it causes great frustration when enemy Contenders can do it too. It’s a balancing act that makes it more accessible but at the cost of a more level playing field. Skill, and in the case of Squad games communication, will be critical in overcoming regenerating enemies and familiarity with the different Hacks will be just as essential in outwitting the opponents. The overall experience is likely to be divisive. It’s going to be either satisfying or frustrating based almost entirely on interpretation of the regeneration functions.

Hyper Scape is a free-to-play title.